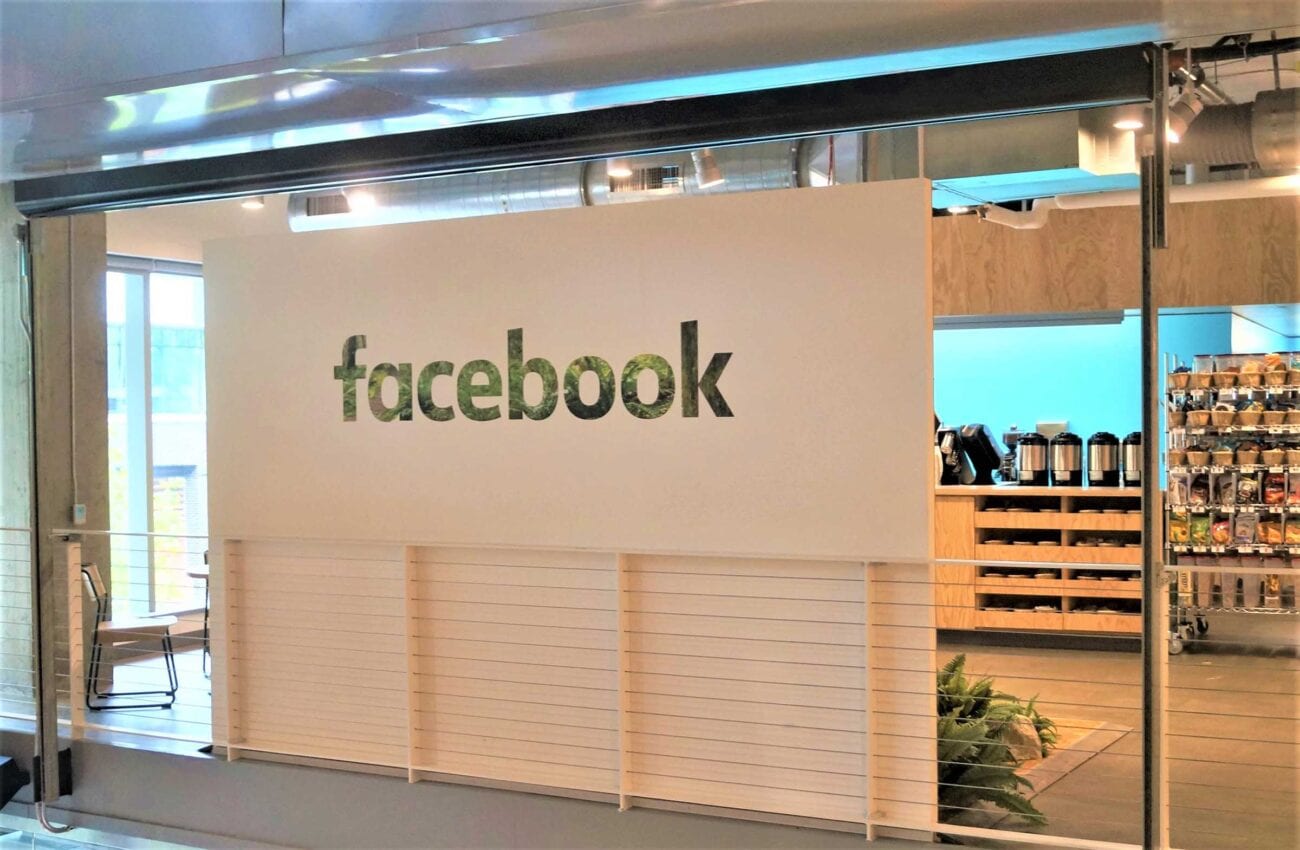 In the lead up to the 2020 November election, Facebook has found itself caught up in political controversy. Facebook’s own employees are not too happy about the whole situation and have voiced their concerns loudly to their bosses. Some employees are leaving altogether, some are just speaking their mind. Either way, discontent at Facebook is evident.

Max Wang, a software engineer, decided enough was enough and threw in the towel. Instead of leaving the usual farewell greetings and well wishes on the company’s internal discussion board, Wang recorded a twenty-four minute video of himself detailing his issues with Facebook’s leadership & decision-making capabilities over the past year. 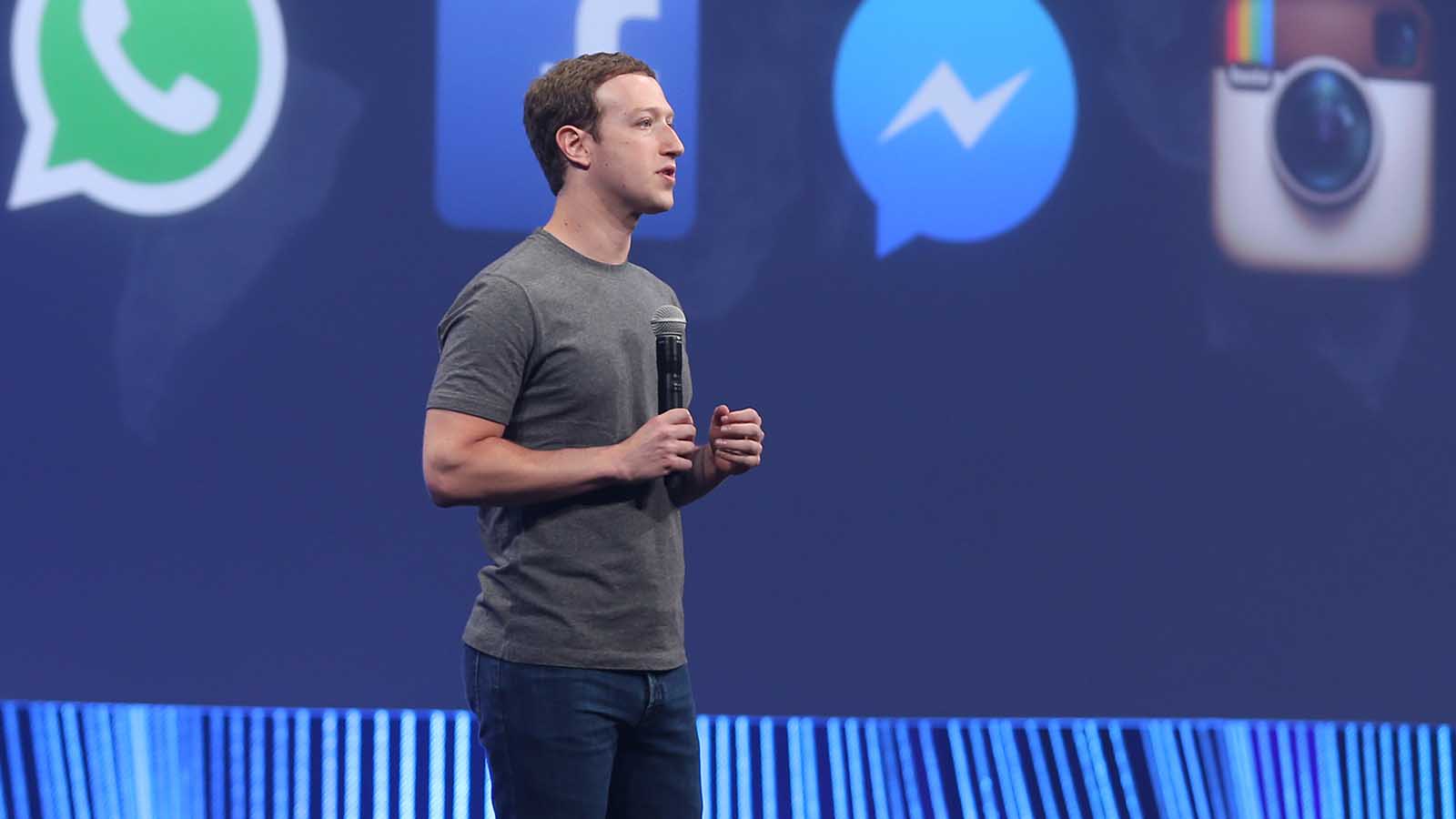 The discontent is all centered around politics. While external parties have criticized Facebook for their stance, or lack thereof, on political issues, internal stakeholders are now calling out the company for the same thing. Their own people are demanding Facebook take a long, hard look at its role in the political landscape, and ask themselves “is that really Facebook’s responsibility?”

The issues are complex and there is a lot to discuss. Come with us as we unpack the bombshell worker report from Facebook’s employees. 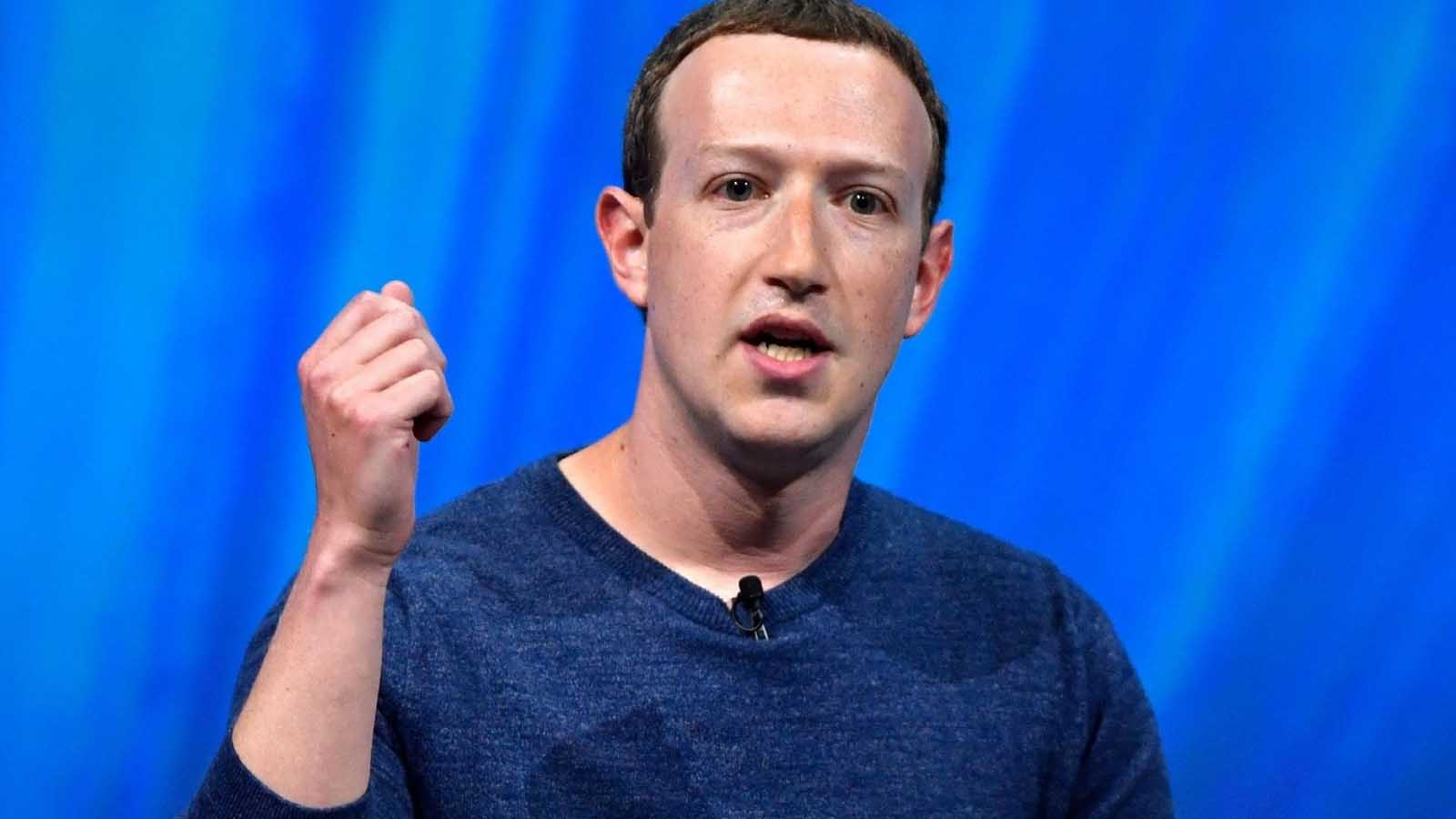 Since the onset of 2020, in the lead up to the presidential election and in response to social issues occurring within the United States, the president has taken to social media several times to make his opinions known. On May 28 in particular, as Black Lives Matter protests in Minneapolis broke out, the president took to social media and posted identical posts on both Twitter and Facebook.

“Just spoke to Governor Tim Walz and told him that the Military is with him all the way. Any difficulty and we will assume control but, when the looting starts, the shooting starts.”

Citizens were outraged as they witnessed the posts, drawing connections between the phrase “when the shooting starts, the looting starts” and oppressive racial police violence throughout history. Twitter responded quickly, slapping a warning label on the tweet explaining that it violated the communities rules for inciting violence and hateful behavior. 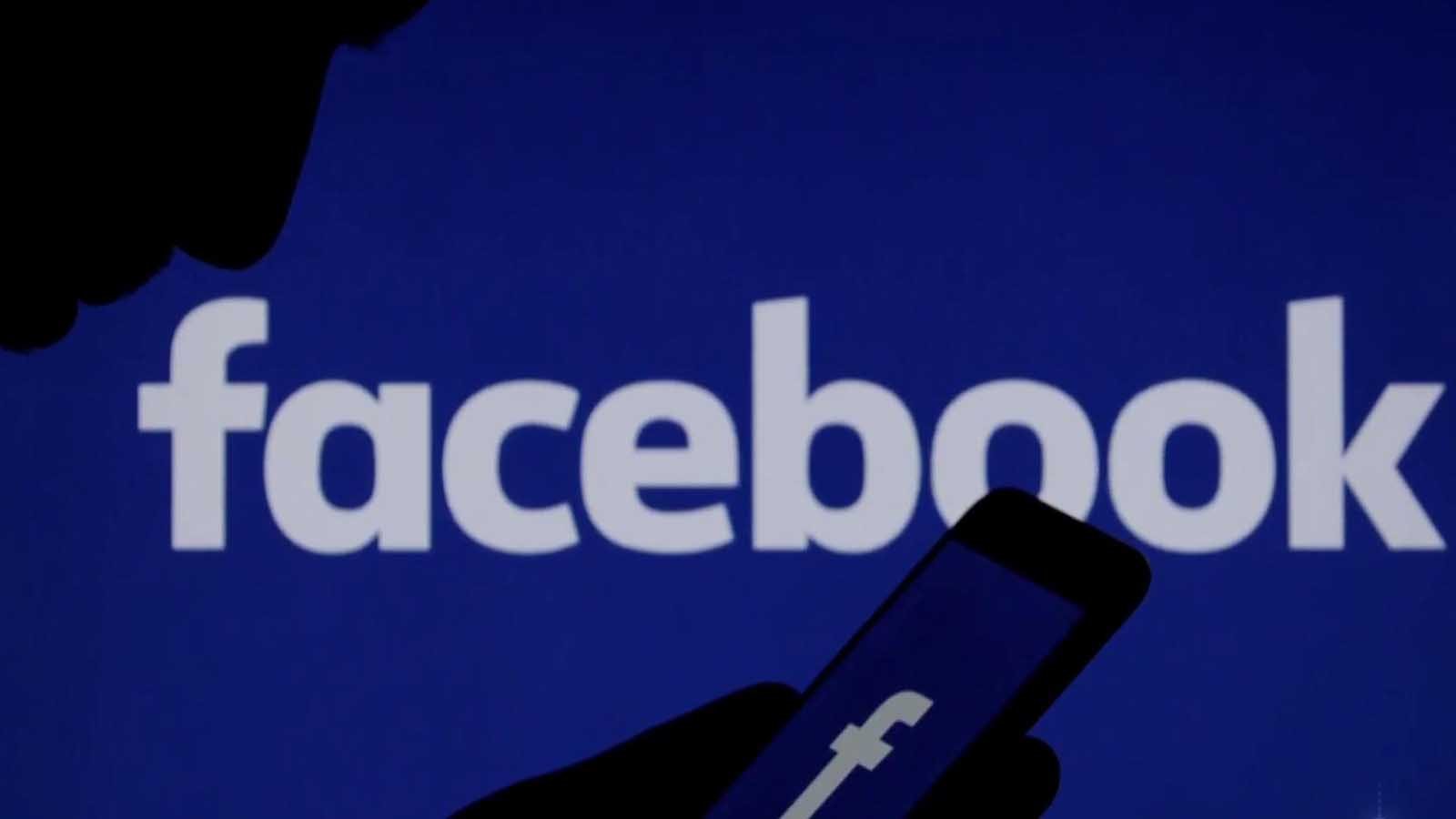 In a recent Buzzfeed News report, the publication claimed Mark Zuckerberg justified the decision by stating that Facebook allows for a discussion around the State’s use of force. Zuckerberg further stated that the intention of those words may not have been political at all. That, it is highly possible that what the president actually meant was that looting could simply lead to more violence.

There is NO WAY (ZERO!) that Mail-In Ballots will be anything less than substantially fraudulent. Mail boxes will be robbed, ballots will be forged & even illegally printed out & fraudulently signed. The Governor of California is sending Ballots to millions of people, anyone…..

Earlier in May, the president took to social media over his disapproval of the mail-in ballot process. The post appeared on both Facebook & Twitter. Twitter, for the first time ever, took it upon themselves to fact check the information in the tweet and slapped another warning on the post. The warning highlighted the incorrect information in the president’s message, discrediting what the president said.

Facebook, however, did nothing and this message also remains live today. The companies inaction over this post made employees so enraged they formed an internal working group called “Let’s Fix Facebook (The Company)”. The group has over 10, 000 participants. 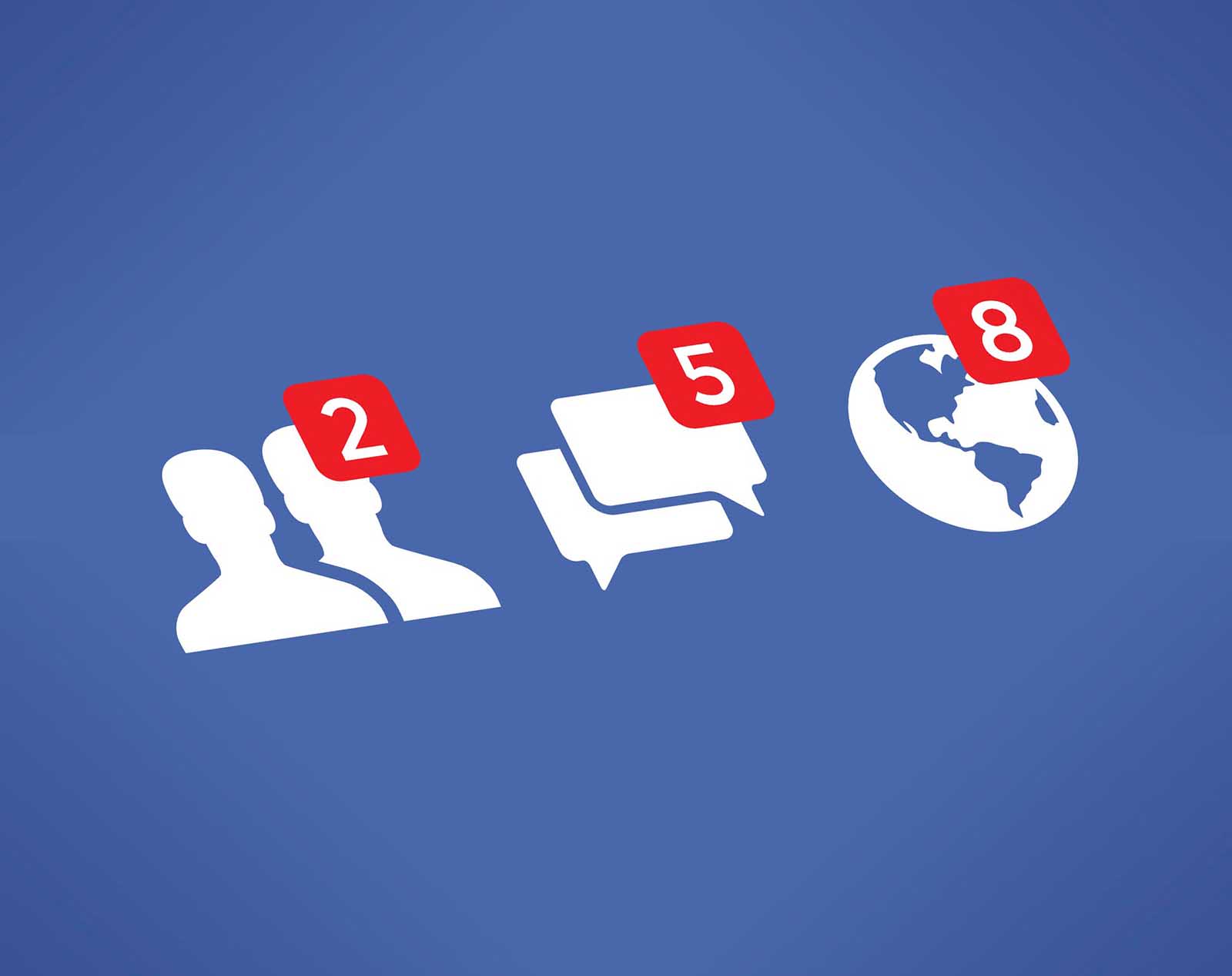 The contents of these documents show evidence of the company’s hesitation in taking down advertisements promoting white nationalist and Nazi content. This inaction occurred even though such advertisements were reported and flagged by Facebook’s own employees. Facebook claims to have policies in place that support racial justice, while their inaction on these issues suggests otherwise.

Facebook has policies that forbid their users from using the platform for the purposes of supporting political matters. Their inaction on this issue is contradictory. 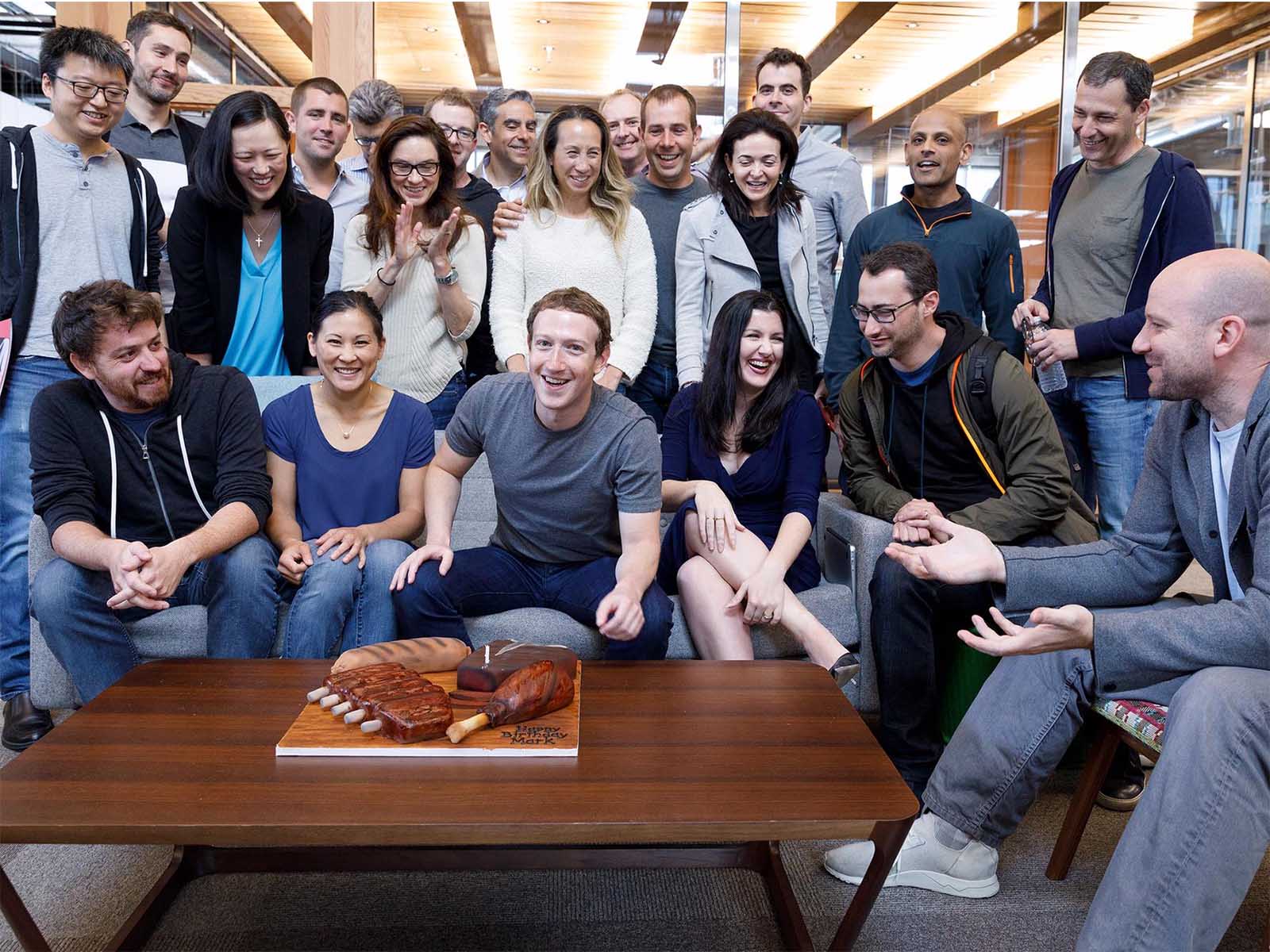 What the staff are saying

In addition to Max Wang’s farewell video post, other staff members have taken to Facebook’s internal discussion board to express their concerns for the goings on at the company. Although the company has been called out for things like this before, according to the Buzzfeed News report, engineer Dan Abramov says that this time around, Facebook’s response feels different.

On June 26, Abramov posted on Facebook’s internal discussion board to announce that he has taken paid leave to reassess his situation with the company. Abramov says he feels Facebook’s leadership has betrayed his trust, and that which his colleagues placed in the company.

In the report, Abramov declares that social media has the power to “damage the fabric of society”. Abramov exclaims that anyone who does not believe this, just isn’t paying the proper attention. Abramov is not the only person with gripes. 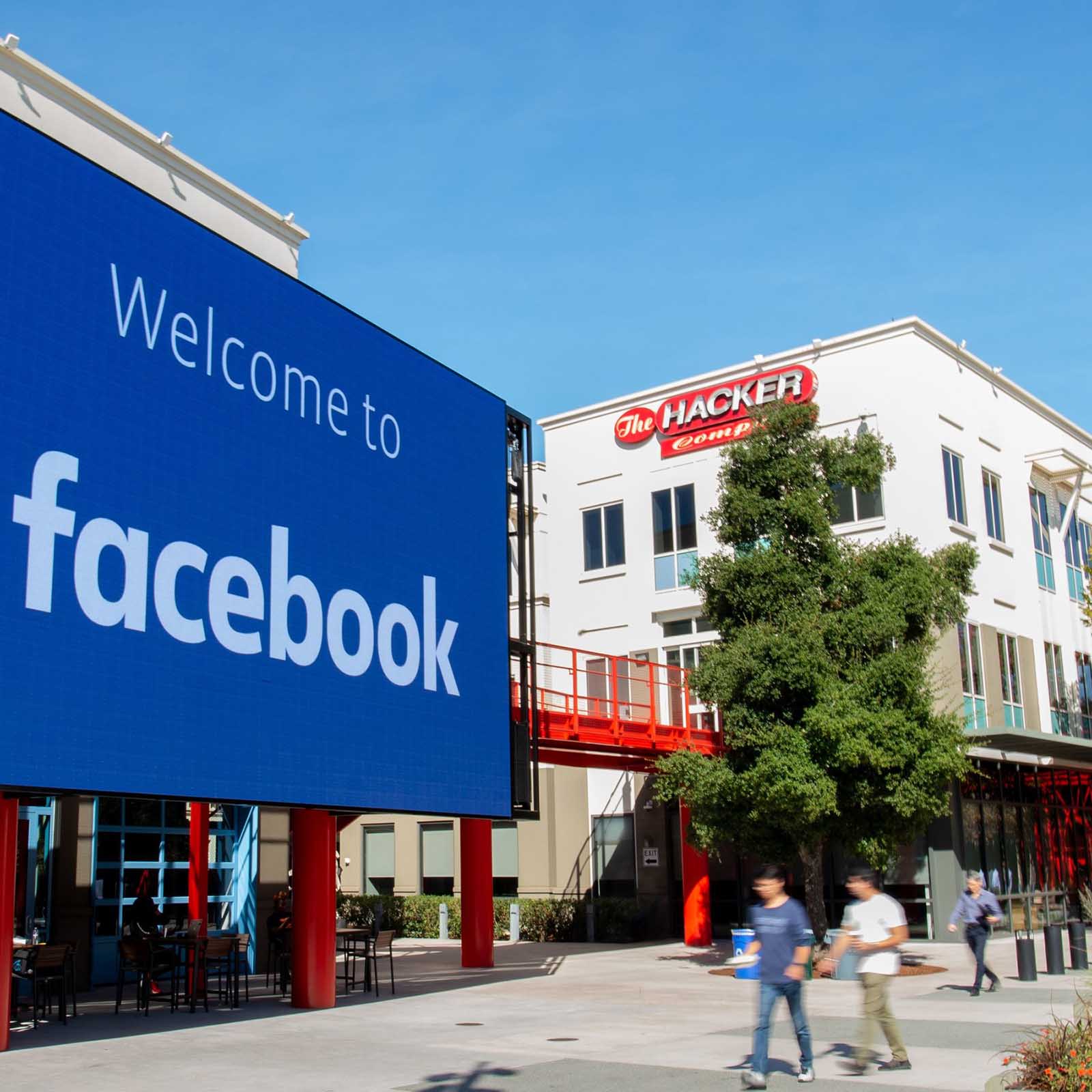 The report features Yaël Eisenstat, a former Facebook election ads integrity lead. Eisenstat believes that when the election results are announced in November, a portion of Facebook’s users won’t trust the election outcome because Facebook has been shaping their thoughts to do so.

The report documents that another Facebook employee took to Twitter to voice his concern over what was happening in his workplace. Jason Stirman, who is a design manager at Facebook, said on Twitter that he completely disagrees with his employers’ decisions to do nothing about the president’s posts. He claims that within the company, there is not a neutral position on racism.

The Monday after Stirman aired his grievances online, hundreds of Facebook employees changed their workplace avatars to white and black fists and called out sick, evidently staging a virtual walkout. The majority of Facebook’s workforce was working remotely at the time due to the spread of COVID-19. 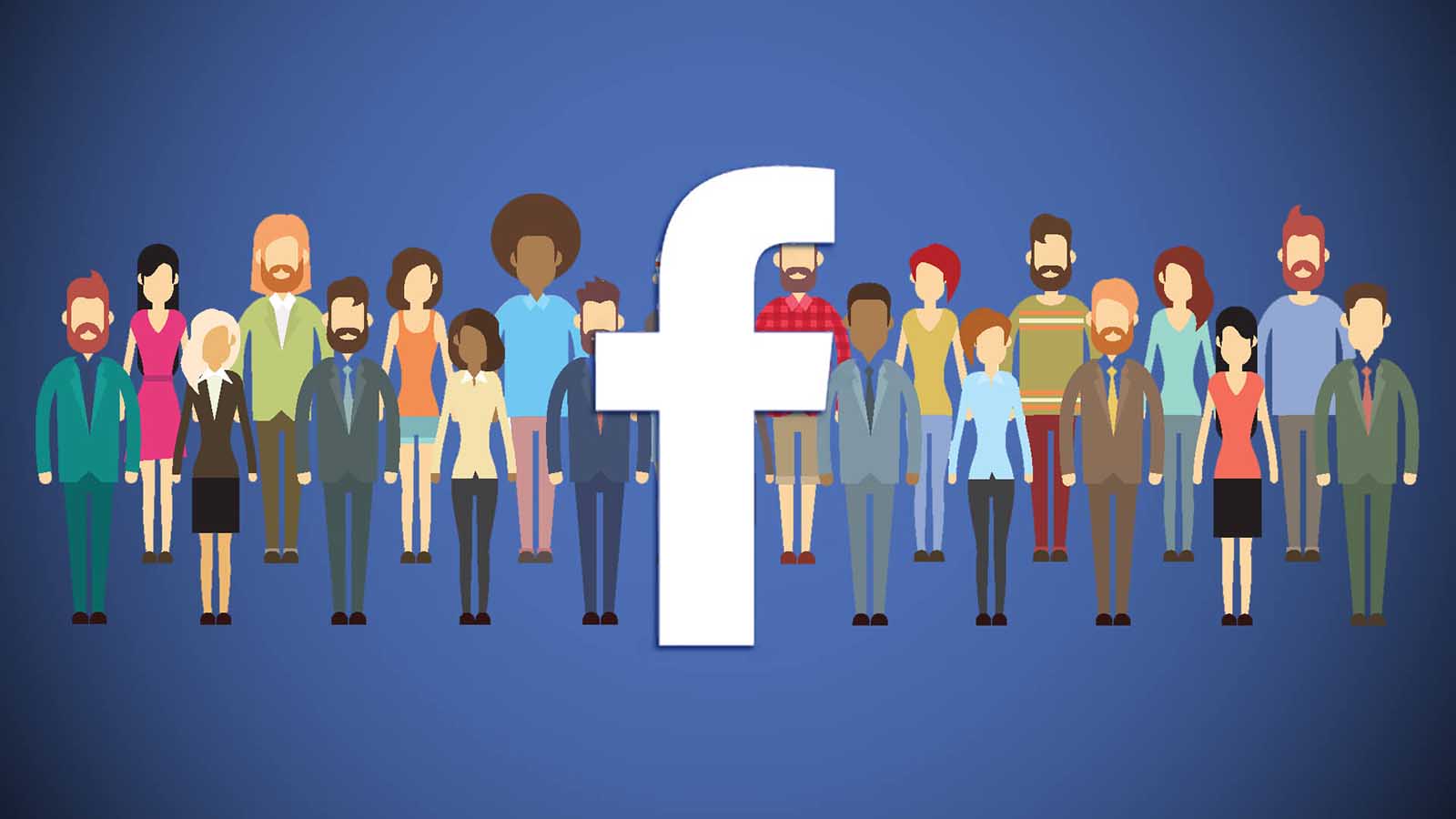 The Buzzfeed News report contains statistical information regarding the feelings of the company’s employees on the day of the walkout. Only 45% of Facebook’s employees reported that they felt Facebook was making the world better. This was down a whopping 25% from the week before.

According to the documents Buzzfeed News obtained, 44% of Facebook’s employees were confident that Facebook’s leadership was steering the company in the right direction. This statistic is down thirty percentage points from the previous month.

On a forum app that requires work emails as a means for people to anonymously discuss their employer, some Facebook employees came forward demanding that those who participated in the walkout be fired. 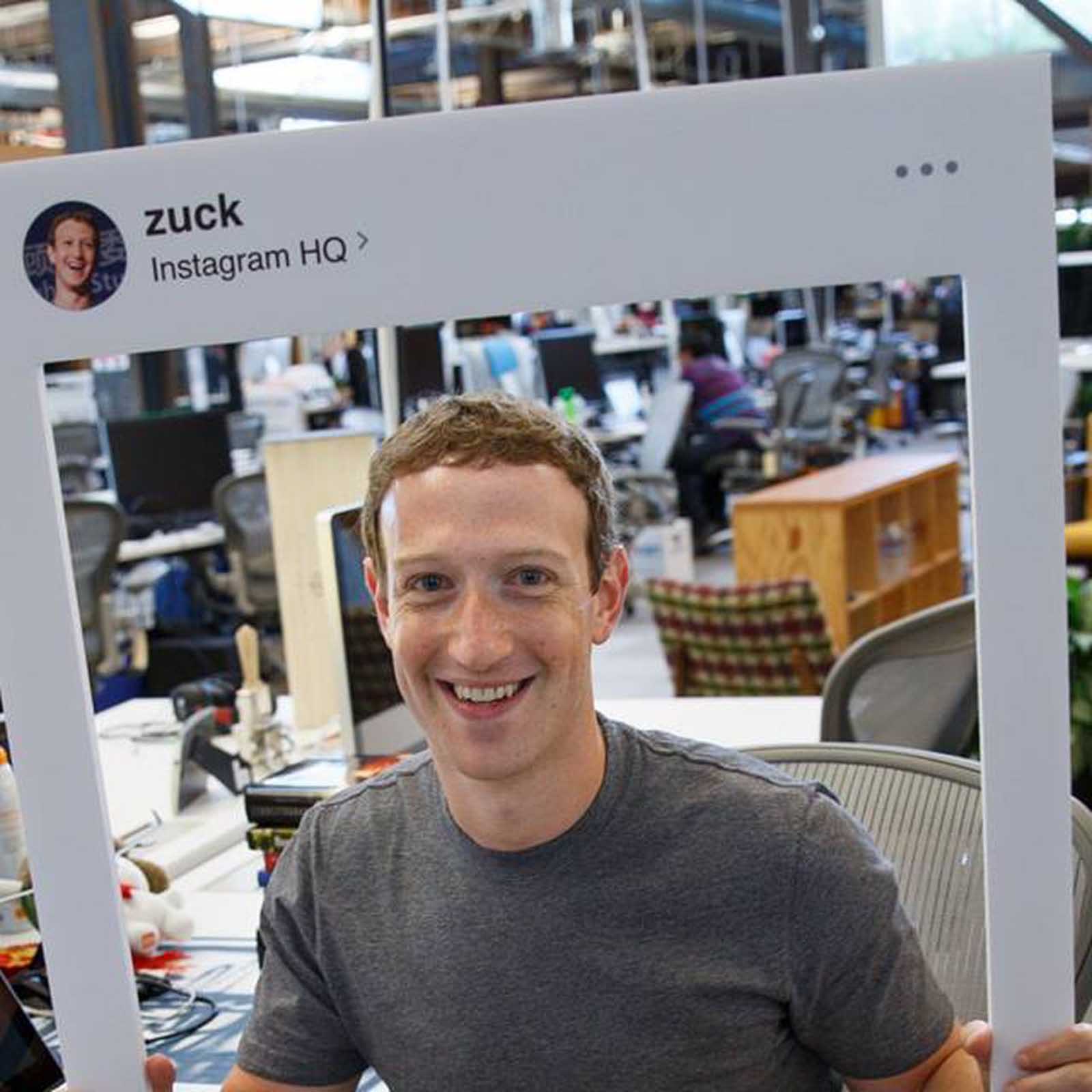 According to the Buzzfeed News report, Mark Zuckerbeg is infuriated by the discord within his company. It is reported that on June 11, Zuckerberg held a live Q&A with all his employees and he clearly voiced his dissatisfaction.

Zuckerberg claims to be upset by the “disrespect” and “vitriol” of members of Facebook’s internal community. Zuckerberg clearly states that Facebook employees who are deemed to be bullying fellow coworkers into taking a position on something will be fired. Reuters reported on June 12 that Facebook had, in fact, fired an employee who protested about the company’s inaction regarding the president’s posts. 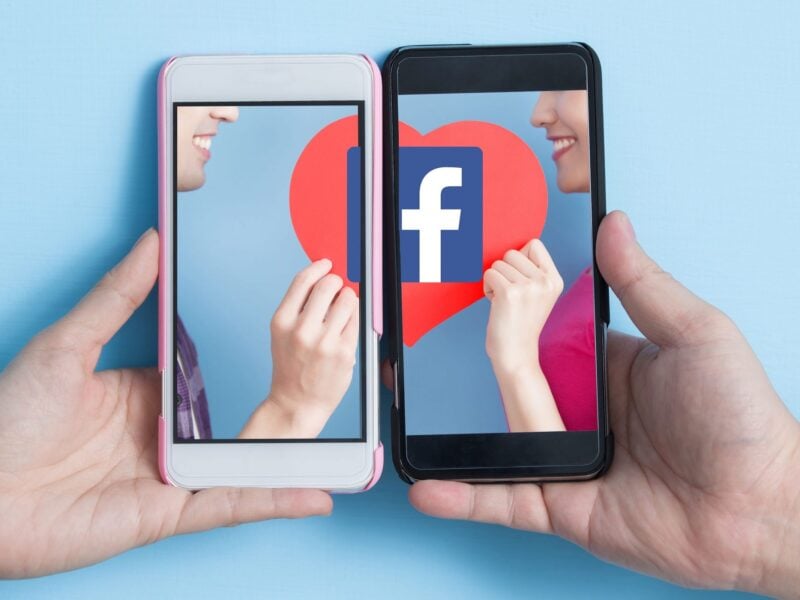