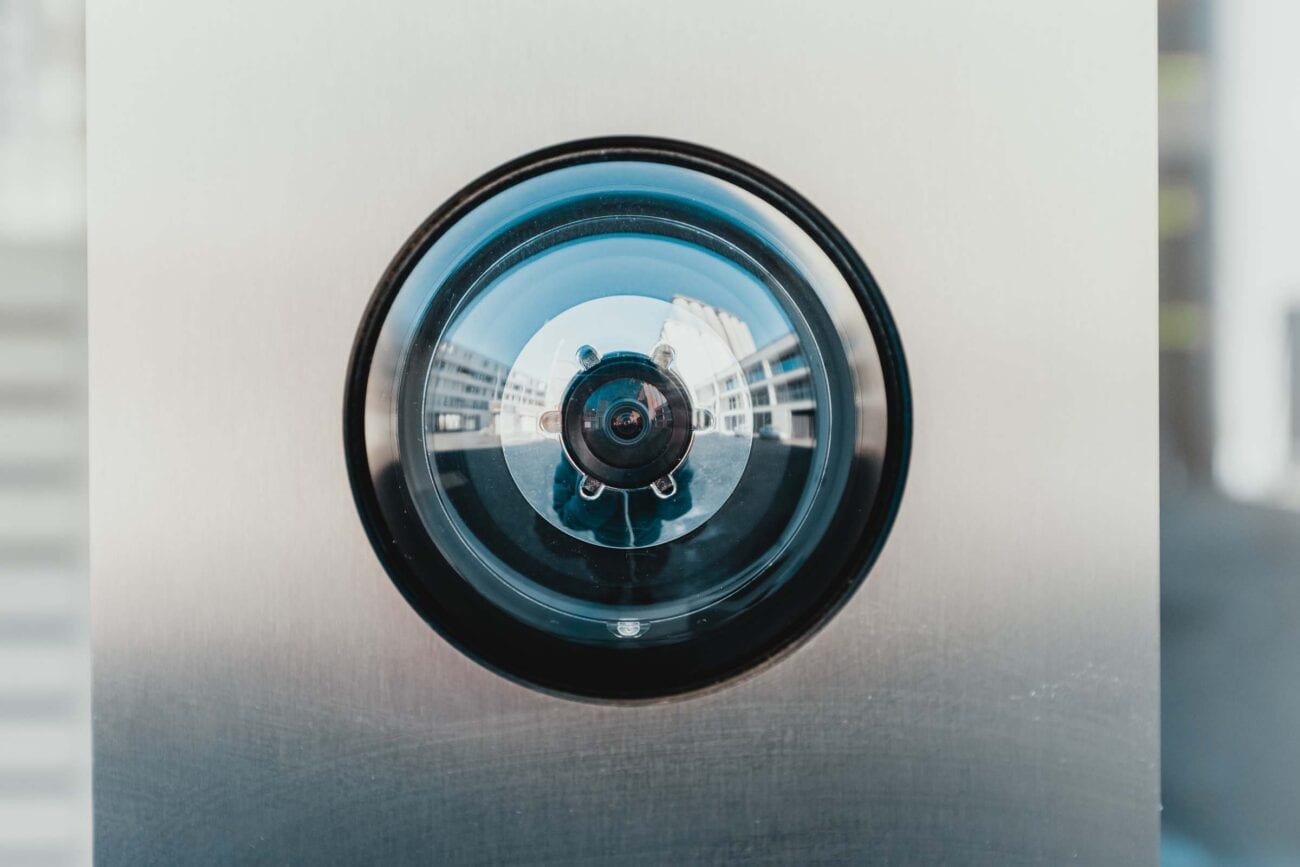 Life in the time of corona lockdown: Dystopian tech coming to a school near you

While most of the nation’s schools either brace for a digital start of the year or put all their faith in stringent cleaning protocols when making the grand reopening, a handful of lone rangers, especially in the private sector, are not taking any chances. They are equipping schools with surveillance tech that would make 20th-century totalitarian dictators look like boy scouts.

From AI-powered thermal screening systems that alert security personnel if your kid’s temperature is not within state-mandated limits to cutting edge cameras measuring the physical distance between students, and scolding 6-foot-rule transgressors, dystopia has never been so close to home. 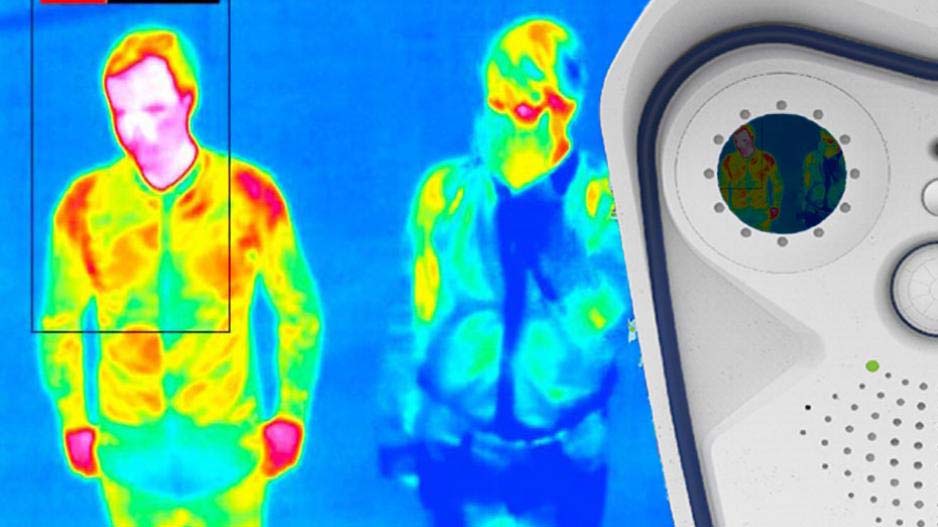 While George Orwell’s 1984 was supposed to be a bone-chilling read and a meh dystopian science fiction flick, some people insist on turning it into a scary dystopian reality. Orwell’s elites controlling society in his novel would have literally killed to get their hands on the state-of-the-art artificial intelligence-powered surveillance tech coming to a K-12 school near you.

These thermal imaging camera systems will remotely scan students and school staff body temperature when they enter or exit buildings, monitor whether students wear face masks, and if they are properly following social distancing guidelines. If a student’s temperature is not within the normal range, the system will alert security staff and the kid will be either sent back home or be referred to health authorities, depending on the school’s protocol.

The tech is being tested in several private schools, and its peddlers are hoping for a massive rollout on a national level. However, even though elevated temperatures do not mean that a person has COVID-19 or that he or she is sick with any other illness, school managers assure parents that the tech will ensure a safe return to the classroom for both children and teachers.

The creepiest part of the story is that one of the suppliers of this fringe tech is the same company that helped build AI-driven software for China’s nightmarish Social Credit System, Remark Holdings. On top of that, the Las Vegas, Nevada-based publicly traded firm only recently changed its name from HSW International to Remark Holdings, traded as “MARK” on the Nasdaq, which might ring some alarm bells to many practicing Christians (“mark of the beast,” anyone?) 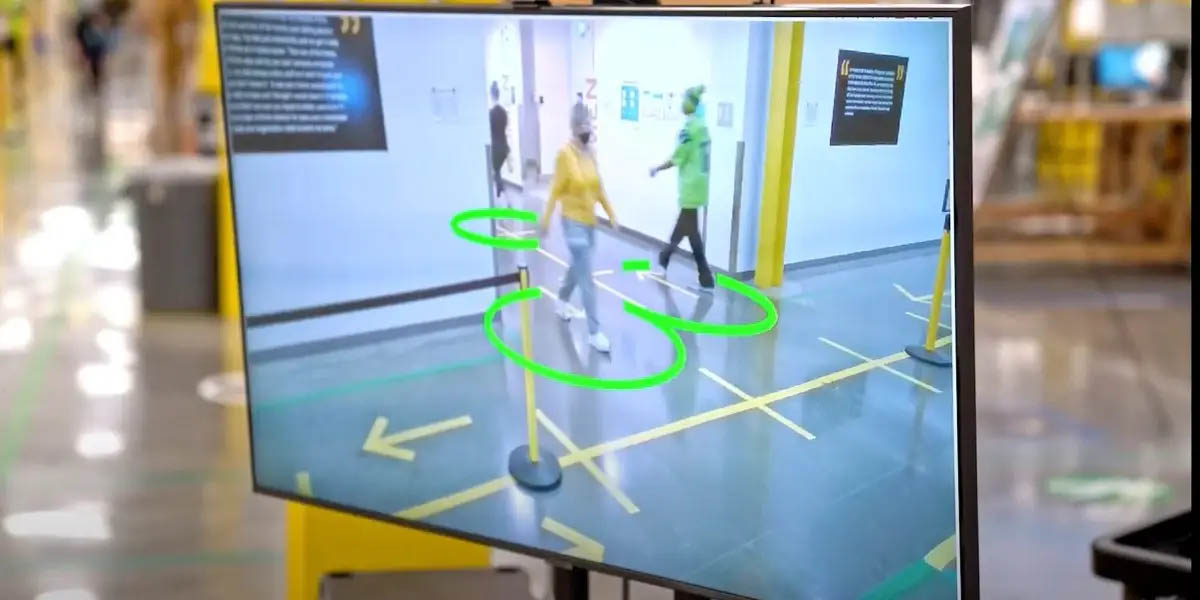 Another piece of AI-driven tech some schools plan to make use of to keep students safe are the so-called social distancing devices. These are discrete cameras that will literally measure if students are complying with the six-foot guidelines and issue warnings to correct the rule-breakers.

Just like thermal imaging cameras described above, AI-powered social distancing systems will run on facial recognition tech which means that they can identify exactly who the transgressors are and alert security personnel accordingly. These devices can also tell if people wear face coverings and issue warnings if they don’t.

School managers claim that these gizmos can be very handy in areas with a lot of traffic such as cafeterias where social distancing rules need to be strictly enforced. Also, the devices will offer enough data to security personnel when deciding over how many people should be in a room or issuing occupancy time constraints for a particular area. 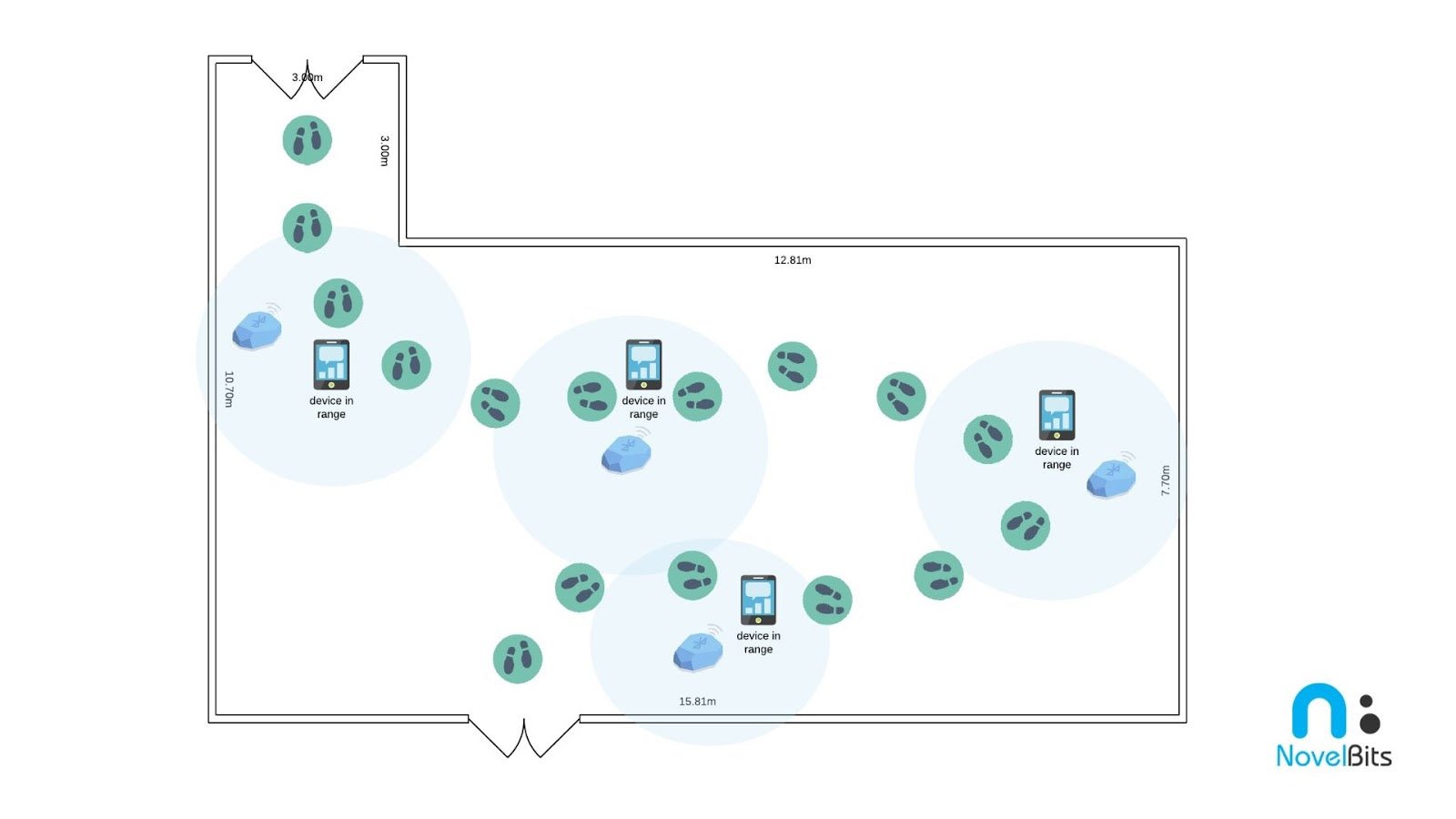 Some schools want to use less intrusive technologies like Bluetooth beacons, which will track where each student is and whether he or she is abiding by the social distancing rules. They can also alert students if they get too close to one another and help contract tracers identify all the people a wearer sick with COVID has come into contact over the last 24 hours or longer.

If the student has a smartphone, he or she will not have to wear a beacon on school grounds, as they can download a special app which can do all the tracking. The technology is already being drive-tested in several state universities in Massachusetts despite the many privacy concerns and the fact that the technology is an awfully similar concept to GPS monitors forced onto parolees on house arrest. 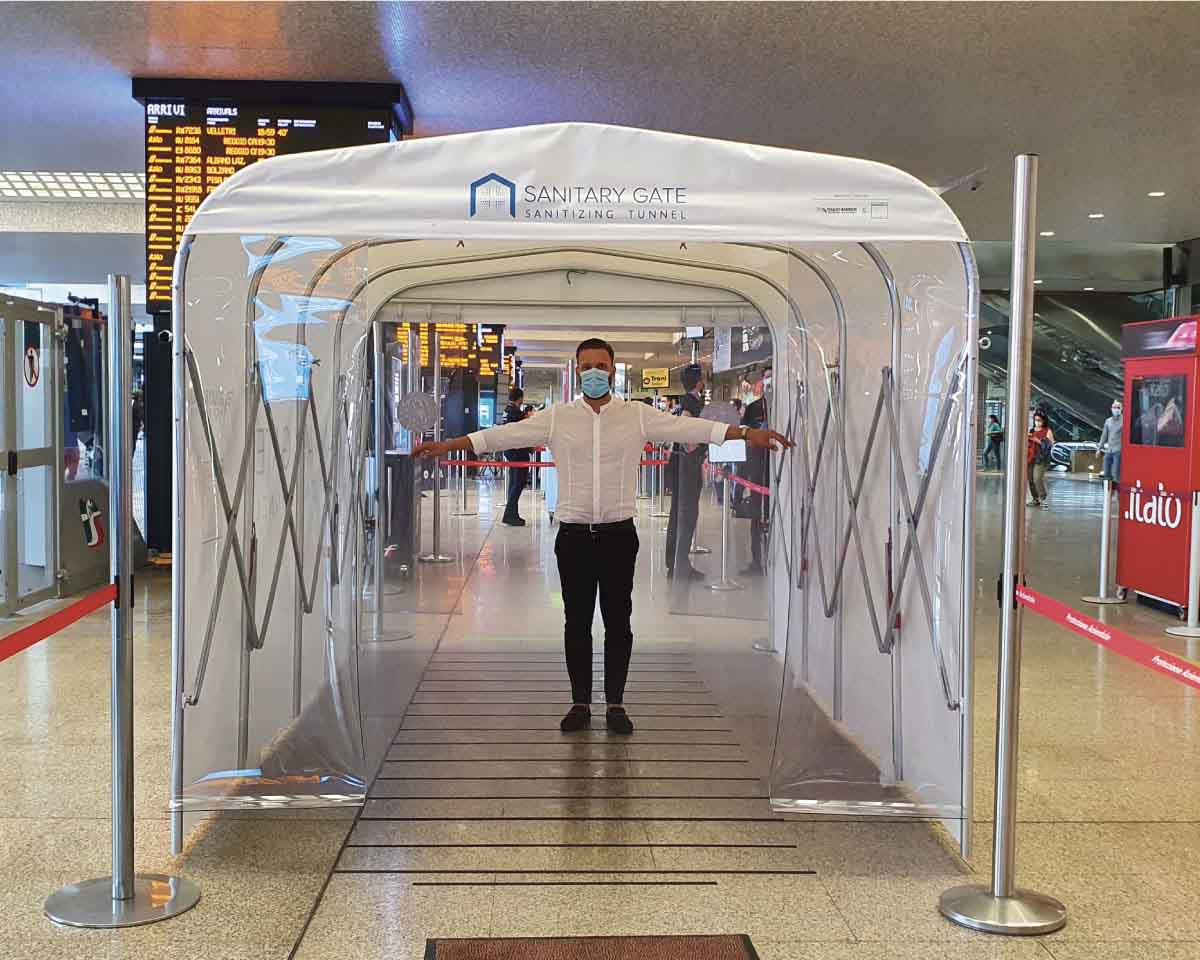 Last, but not least, on our list of dystopian tech about to give our nation’s schools a high-security prison vibe are sanitizing tunnels. Even though the CDC has warned against their use, some schools have already added them to their disinfection arsenal. A disinfection tunnel sprays people crossing it with a cocktail of bleach-based disinfectants and other chemicals in a bid to get rid of all the nasty bugs they might be carrying, including COVID-19.

The chief problem with these tunnels is that in some cases this toxic cocktail of disinfectants has caused allergies, skin and eye irritation, respiratory issues, nausea, fainting, or has worsened asthma symptoms particularly in children and people with compromised immune systems.

So, as a concerned parent, you might want to get in touch with a personal injury attorney who can provide support if your little angel displays any of those symptoms after walking into a sanitizing tunnel at school and the school higher-ups turn a deaf ear to parent complaints. Those medical treatments don’t come cheap. 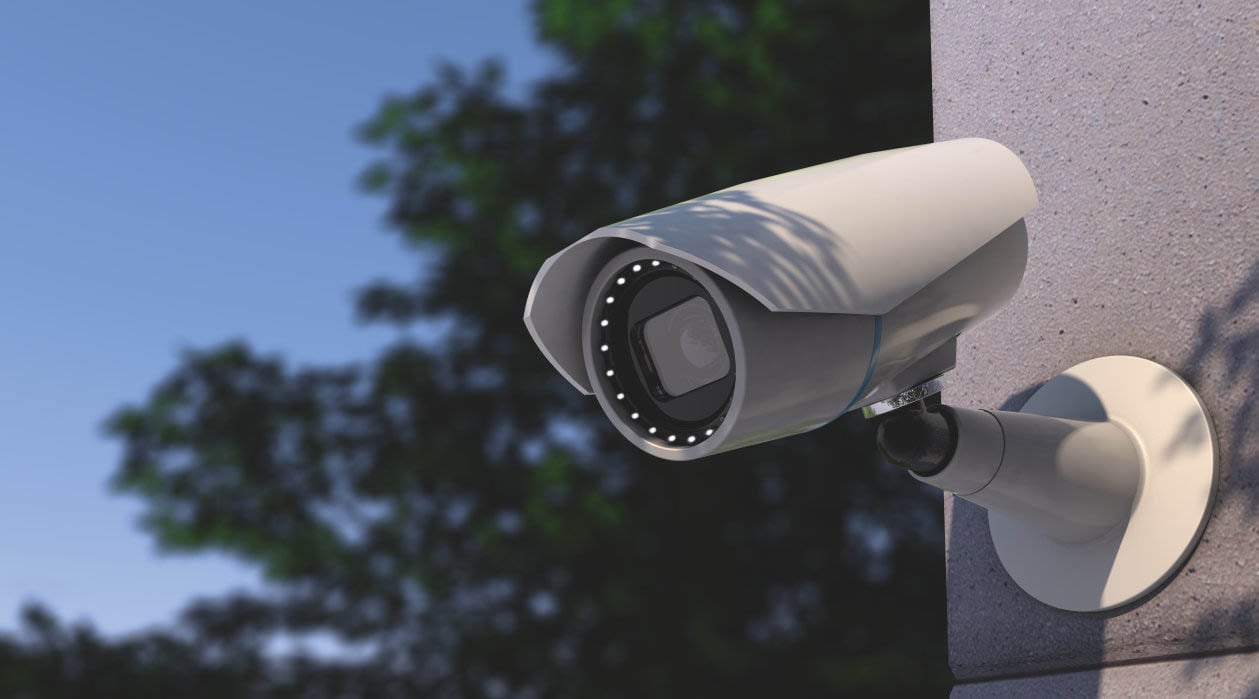 The end of things as we know them?

Whether we like to accept it or not, the COVID pandemic has completely changed what we perceive as a normal day-to-today lifestyle, and some of our personal freedoms have sadly come to at the expense of what is now “the new normal”.

In the age of dystopian technology, the children of today will have gone through a number of experiences that will drastically change the way we, as a society, view the concepts of safety, freedom, and control. Orwell’s ultimate vision of Big Brother is slowly but surely materializing in front of our very eyes. 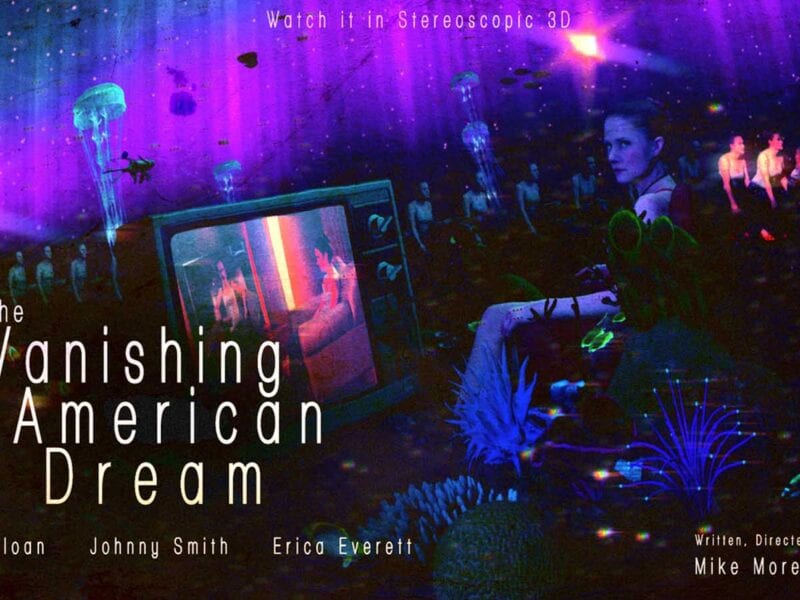 ‘The Vanishing American Dream’: A film unlike any other 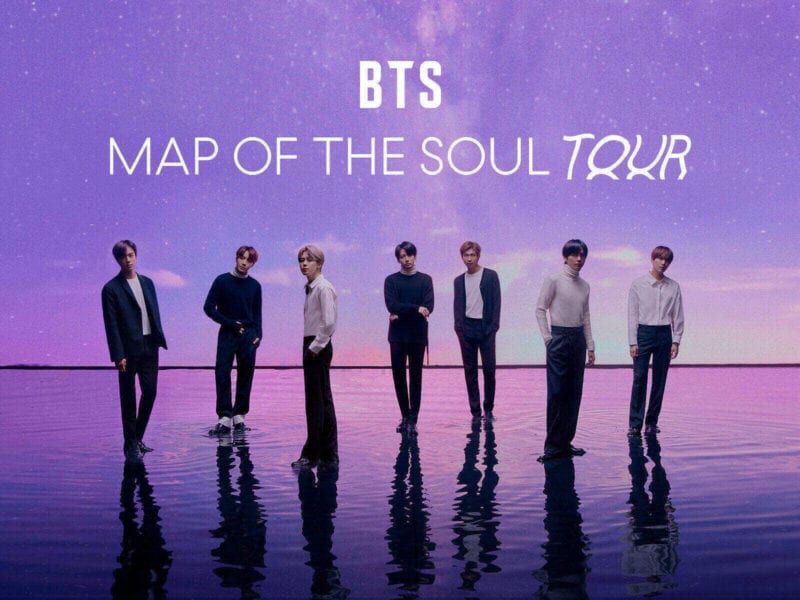 Will BTS tour in 2020? Everything you need to know about 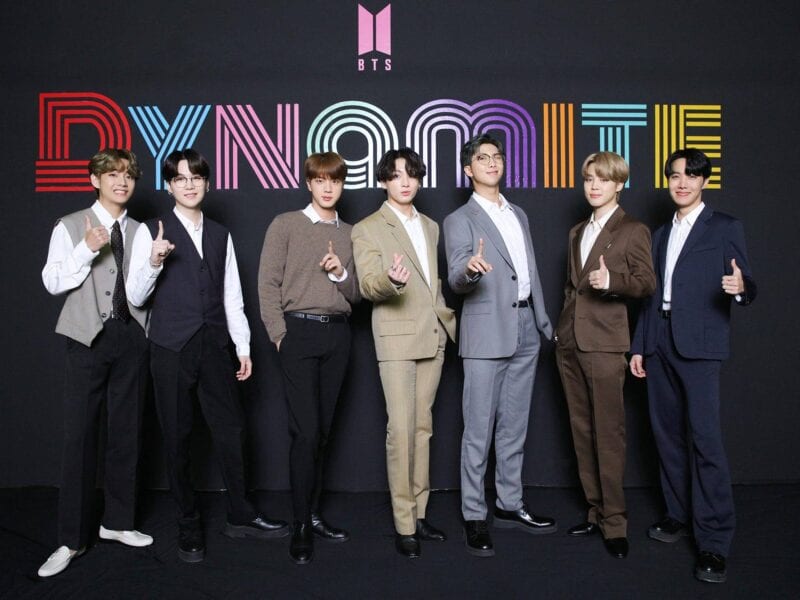