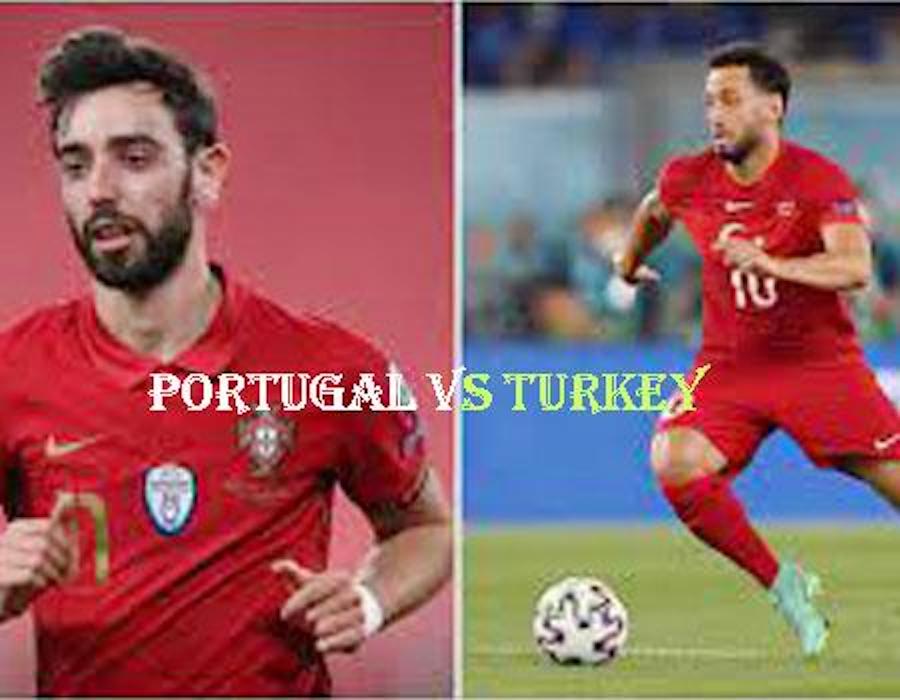 Ten European heavyweights including Belgium, Germany, France, and Spain have already qualified for Qatar—but a further three slots are up for grabs. Despite entering the first stage of UEFA qualification as favorites, Portugal struggled to a second-place finish in Group A and finished behind Serbia who qualified automatically. Cristiano Ronaldo, the Manchester United superstar is looking to make it to what will likely be his final World Cup! Portugal – the Euro 2016 winners must first overcome Turkey before potentially having to beat current European champions Italy to secure qualification.

Portugal coach Fernando Santos has described the coming days as the most important challenge of his time in charge. In his eight years with Portugal, Santos won the 2016 European Championship and reached the last-16 at the 2018 World Cup in Russia. Undoubtedly, Portugal has star power, but Turkey, ranked 39th in the world, offers some threat of its own through Inter Milan playmaker Hakan Çalhanoğlu and Marseille winger Cengiz Ünder. Although it will be difficult for Turkey, obviously, Turkey will seek the feat to be able to play their third World Cup.

As it stands, 15 teams have confirmed their spot in the showpiece event with hosts Qatar joining Brazil, Argentina, and 10 countries from around Europe which include France, Germany, Spain, and England. 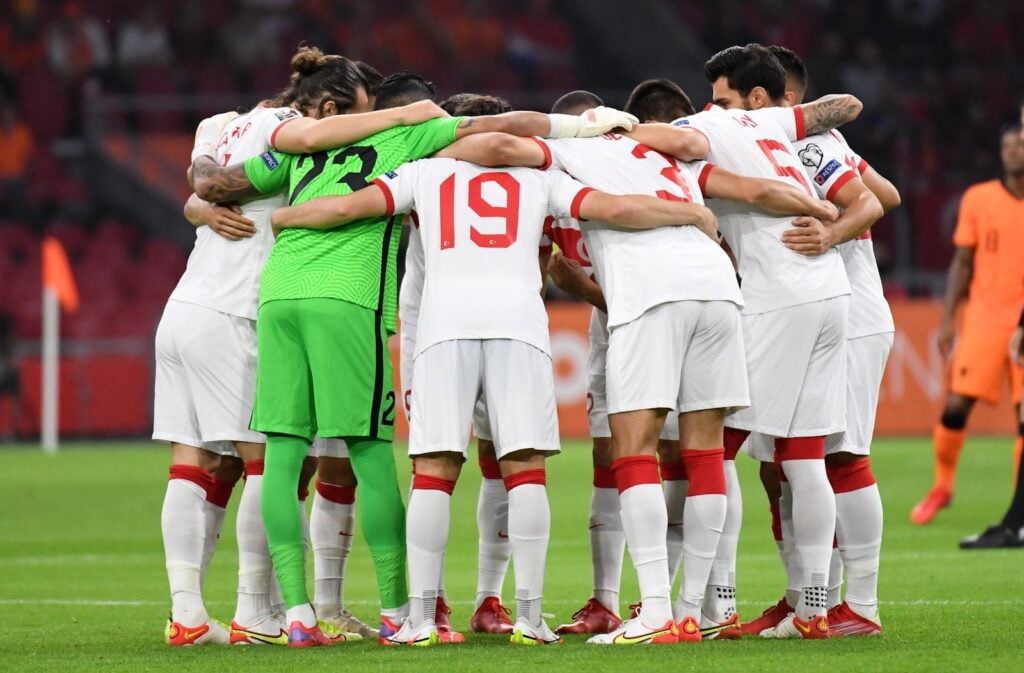 What time does Portugal vs Turkey kick-off?

How to stream Portugal vs Turkey From anywhere?

You can stream the 2022 World Cup European qualifiers live with ESPN+. ESPN+ is also available in a bundle with Disney+ and Hulu’s on-demand service for 14 USD/month. 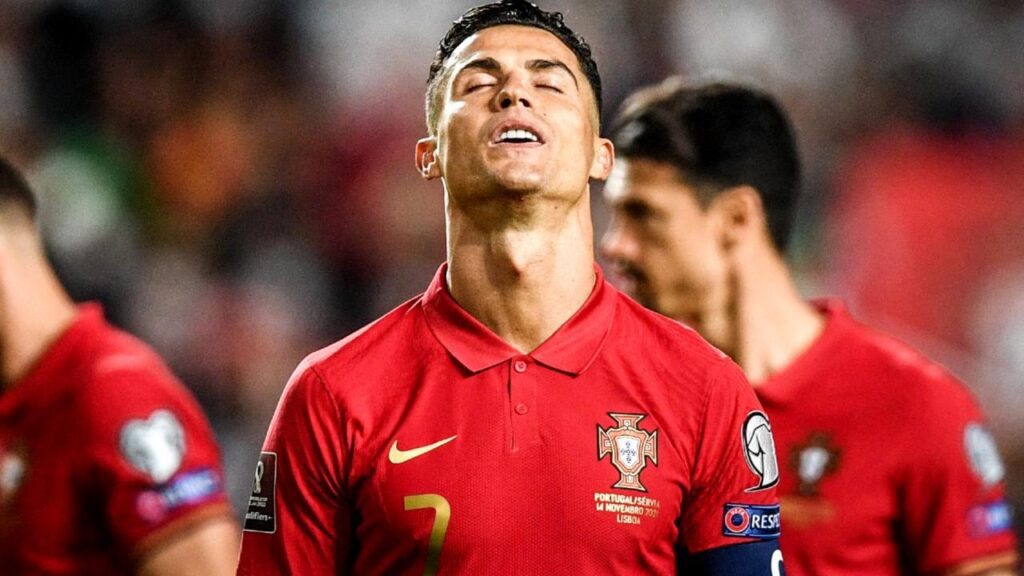 To watch football on ESPN+:

What happened in Group Stage?

Fernando Santos’s side are forced to go down the playoff route after finishing second in Group A, while Turkey finished as runners-up to the Netherlands in Group G. A record of 17 points and a +11 goal difference means that Portugal boasts the best group record out of any UEFA nation in the playoffs, but defeat to Serbia at the Estadio da Luz marked their first home loss in World Cup Qualifying since 2008.

How to watch Portugal vs Turkey on TV?

In the United States, this Path C semifinals game of the UEFA Qualifiers for the Qatar 2022 World Cup between Portugal and Turkey, can be seen on FuboTV, TUDN.com, TUDN USA, Univision NOW, ESPN2, UniMás, TUDN App, Sling Orange, and DirecTV Stream.

All of the World Cup 2022 playoffs, including the final, will be shown live in the UK on Sky Sports. The matches can also be taken in on the Sky Go streaming service. 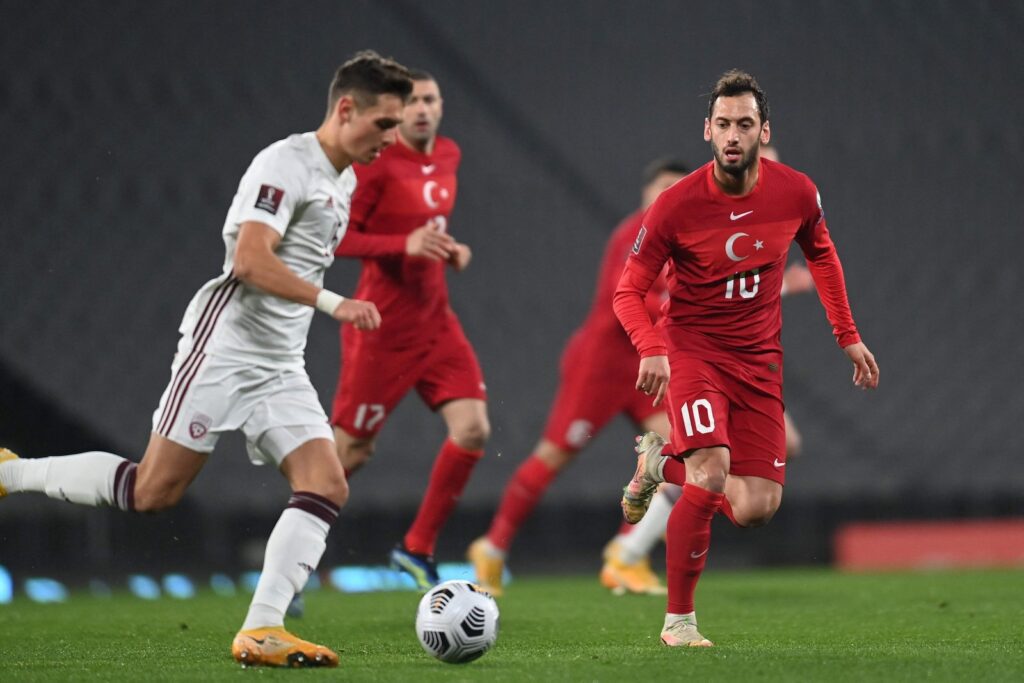 FIFA and UEFA acted decisively following Russia’s invasion of neighboring Ukraine and opted to ban the country from continental and global competition until further notice. 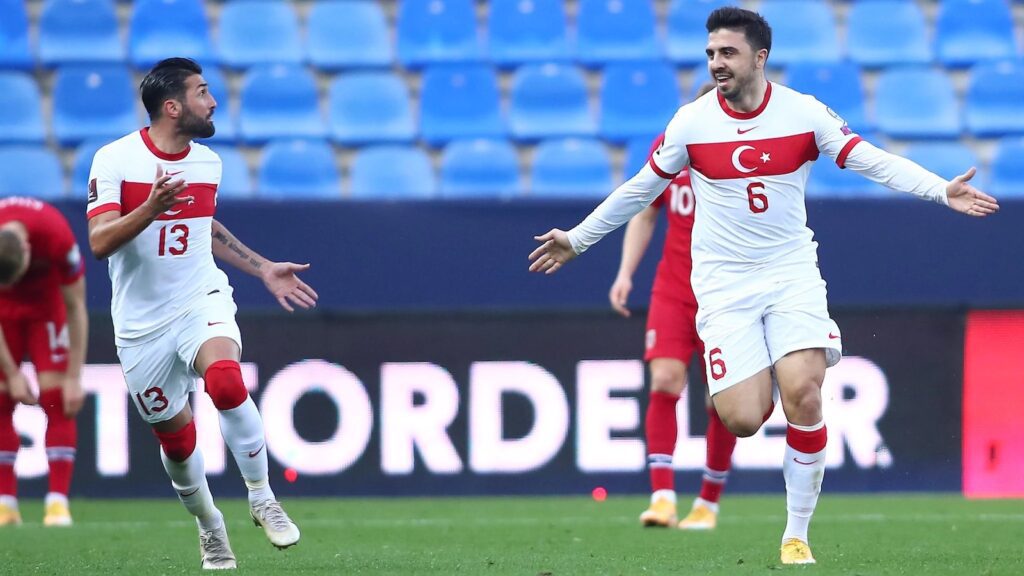 Football fans from all over the world await the potential playoff final between Portugal and Italy, but both teams need to win the semifinals to make that happen. The sides last met in 2012, when Turkey picked up a shock 3-1 in a friendly in Lisbon with Umut Bulut on the score sheet twice. Before that clash, they had three games at the EURO championships (96’, 00’, and 08’), and on all three occasions, Portugal won without a goal allowed.

Already without the injured Ruben Dias and the suspended Joao Cancelo, Portugal’s defensive ranks have taken another hit with the news that Pepe has tested positive for COVID-19 and will miss out. As for Turkey, Kuntz has no suspension concerns to work around and will welcome Mert Muldur back from a ban served in the Montenegro win, although Zeki Celik will still expect to get the nod at right-back. All in all, it should be a thrilling match!

Portugal’s attack is at a way higher level than Turkey’s fragile defense. If they strike first, the momentum is on their side, and that is how they win games. That is why we believe that Portugal will post a routine victory. Final predicted score line Portugal 2-1 Turkey. 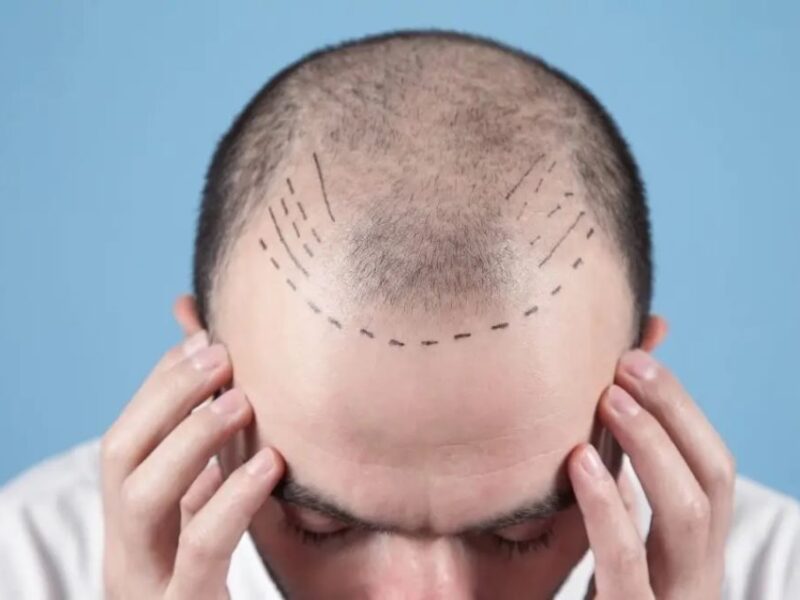 Your Go-to Guide for Getting a Hair Transplant in Turkey