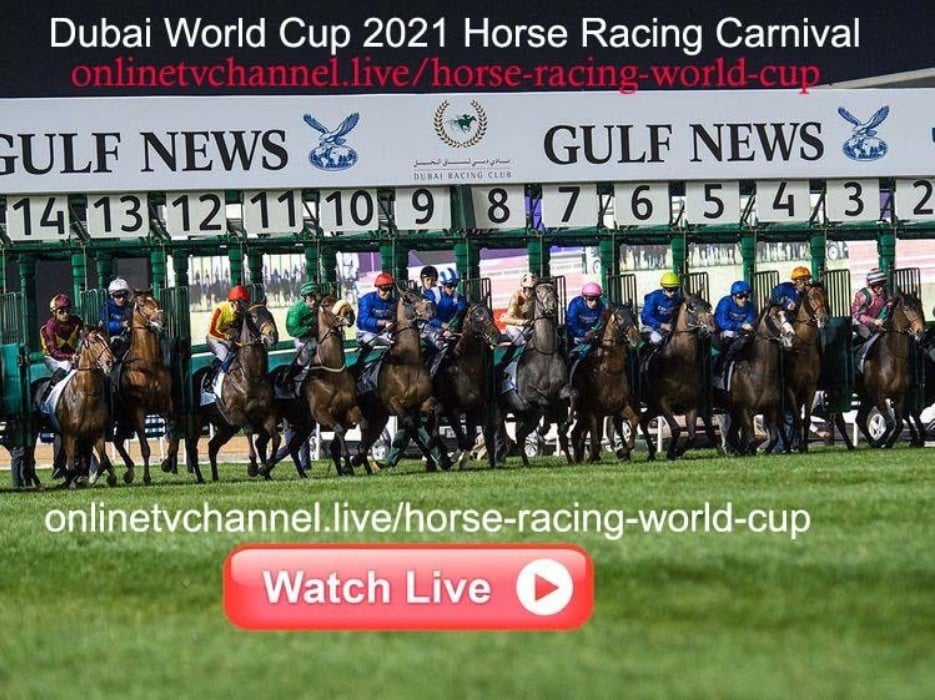 Dubai Racing Club has released the list of horses accepted for the seven-meeting 2021 Dubai World Cup Carnival (DWCC), which runs for six consecutive Thursdays (Jan 21 – Feb. 25) before culminating with Super Saturday (Mar. 6), the official dress rehearsal for the historic 25th running of the Dubai World Cup card (Mar. 27). (Dubai World Cup 2020 was postponed as a result of Covid-19).

The Dubai World Cup, first held in 1996, is an annual event which has placed the UAE on the map and is home to one of the world’s top racing challenges, drawing the attention of millions of enthusiasts around the globe. The 25th running will be held on Saturday, March 27, 2021 and will showcase nine races, featuring some of the best-known names in horseracing.

The highlight of the city’s sporting and social calendar and a fitting event to showcase an activity that has long been known as the ‘Sport of Kings’. Yet, it’s not just horse connections that make the trip to Dubai; with the added attraction of the Dubai World Cup Ceremony, racegoers also fly in from all over the globe to enjoy the unique spectacle that is the Dubai World Cup.

The Dubai World Cup Carnival 2021 is worth about US$6 m in prize money and will be held across 7 race meetings, running from January to March. It is a season of top-class international race days contested by the most high-profile owners, trainers, horses and jockeys in the world. It runs alongside the domestic Racing at Meydan season.

Number of Horses and Groups

The list features 158 accepted horses, conditioned by a total of 63 trainers from 12 countries. In 2020, the DWCC saw horses from Great Britain, Ireland, Oman, Sweden, UAE, USA, South Africa, Bahrain, Denmark, Korea, Japan, Spain, France and Norway either win or finish placed. In 2021, too there is a great variety of international participation expected based on the horses that have been approved to run. 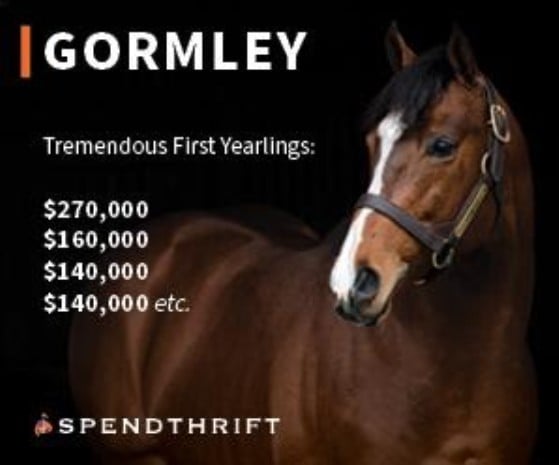 A total of 42 Thoroughbred races and three group purebred Arabian affairs are on the program, with a host of international stars likely to travel to Dubai to compete. Among the top names are Group 1 winners -the Roger Teal-trained Oxted (G1 Darley July Cup Stakes winner, 2020) and David O’Meara’s trainee Lord Glitters (G1 Queen Anne Stakes at Ascot winner, 2019, third in G1 Dubai Turf behind Almond Eye at Meydan, 2019).

Others to watch out for include Australian G3 winner Halvorsen, and Berkshire Rocco who was placed second in the G1 Pertemps St Leger Stakes earlier this year.

All races are being contested and regulated in a standard fashion and results are being recorded in an official capacity. In line with the UAE Government regulations, Dubai Racing Club is following strict health and safety measures, including full sanitization, thermal screening of attendees and social distancing.

New to the Paulick Report? Click here to sign up for our daily email newsletter to keep up on this and other stories happening in the Thoroughbred industry. 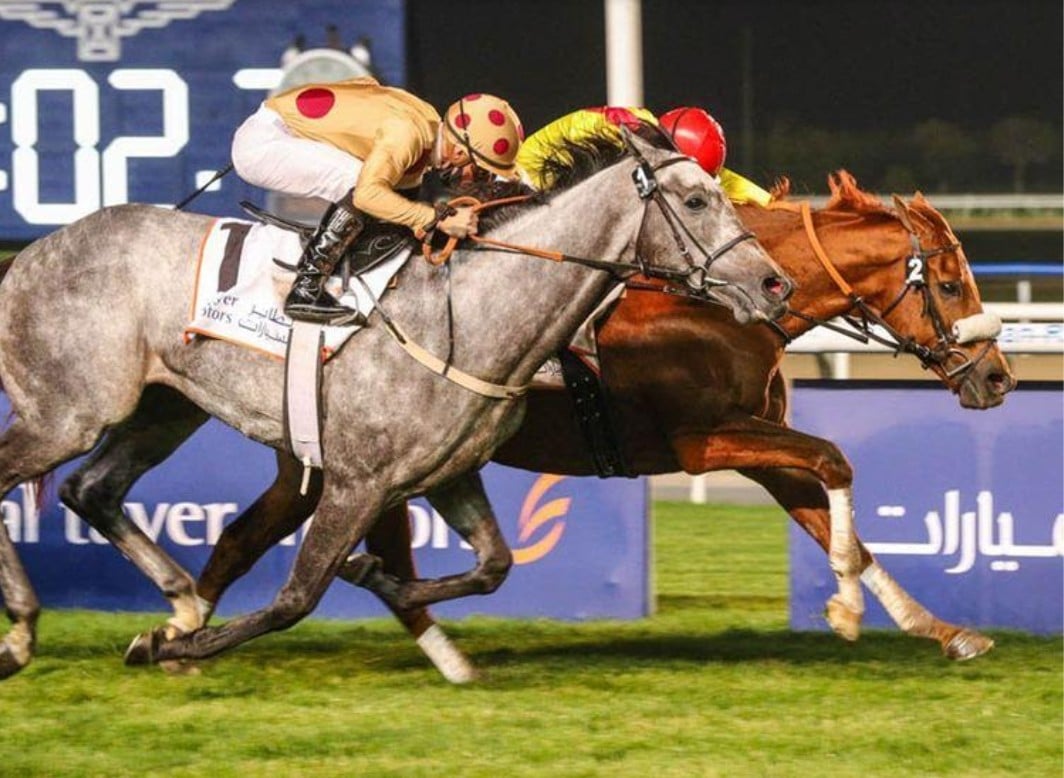 CARNIVAL ASPIRANTS TO STAKE THEIR CLAIMS SATURDAY AT MEYDAN January 17, 2021

CARNIVAL ASPIRANTS TO STAKE THEIR CLAIMS SATURDAY AT MEYDAN

How to Watch the Dubai World Cup Without Cable?

The Dubai World Cup season is broadcast by NBC Sports in the United States, so you’re going to need to find a way to watch it all, especially if you’re a big fan of horse racing. The channel is available with pretty much all cable contracts, but it also comes with loads of streaming services, which you can enjoy online.

We’re kicking off our list with fuboTV, a platform that’s specifically marketed toward sports fans. There are four bundles you can start off with – fubo ($44.99/mo) and fubo Extra ($49.99/mo). Then, you can pile up extra channels from the packs that are available on fuboTV, or maybe even premium networks. This will push up your monthly bill, but if you get the channels you love, it’s all worth it.

On fuboTV, you’re going to find NBC Sports in the two main bundles – fubo and fubo Extra. They both feature great collections of channels so you’re going to have to figure out which one is best for you.

If you think you’re going to miss the races for whatever reason, fuboTV can be used to record them so you can watch it all later. Subscribers are offered 30 hours of cloud DVR space by default, but you can always upgrade to 500 hours by paying $9.99 per month. While you’re enjoying the race, someone else in your household can watch some other show. If you need a third simultaneous stream, you can always pay another $5.99 for it. Read TechNadu’s fuboTV review to get all the details.

Another great option is to get Sling TV, which is one of the platforms that allow loads of customization to be done, so you can get the channels you really love. There are three bundles you can start off with – Orange ($25/mo), Blue ($25/mo), and Orange + Blue ($40/mo). You can then add channel packs grouped by interest – news, kids, entertainment, and so on – as well as premium networks.

Sling TV features NBC Sports in the Blue and Orange + Blue bundles, so you can pick up whichever one you like best.

Cloud DVR space isn’t something Sling TV users get included in their subscriptions, as they have to pay another $5 per month to be able to record some 50 hours of shows. If you want to enjoy Sling TV with your family, well, you need to be careful what bundle you pick. Orange subscribers only get one stream, while Blue subscribers get three, and Orange + Blue subscribers get four. It’s pretty messed up for those who would like to get the Orange bundle, but it is what it is. Read our Sling TV review to get a better idea of what the platform has to offer.

Hulu is another fabulous platform. Best known for the video-on-demand service it offers, they also added in a live TV plan that offers users access to dozens of TV channels, as well as the full VOD library for $39.99 per month. Now, you can also add a couple of extra channel packs, or premium networks, if you want more diversity.

On Hulu, you’ll find the NBC Sports channels, so you can enjoy the Dubai World Cup and much more.

Hulu subscribers of the live TV plan can record up to 50 hours of video to the cloud, but if you want more, you can always pay $14.99 per month for a total of 200 hours. While VOD customers can watch Hulu only on one device, live TV subscribers get to enjoy it on two. Plus, if you want to pay $14.99 for the Unlimited Screens feature, you can watch on any number of devices while on the home networks and three while on the go. Give our Hulu review a read before making a decision, so you have all the details.

YouTube TV is another great option when you’re looking for a platform that comes with great perks and few complications. What we mean is that there’s only one bundle of channels on YouTube TV, so the only customization you can do comes from adding premium networks. The monthly subscription costs $40.

Among the channels offered by YouTube TV, you can find NBC Sports, as well as many other sports-oriented channels.

YouTube TV subscribers can enjoy unlimited cloud DVR, and the recordings can be kept for up to nine months. Plus, users can enjoy three simultaneous streams, which is pretty great since many platforms charge extra for that third stream. Give TechNadu’s YouTube TV review a read before making a decision.

Finally, you can get PlayStation Vue. This one got the highest score among all live TV platforms when we reviewed them thanks to all the great perks. But first things first – there are four bundles offered here, so you can pick whichever one you like best – Access ($44.99/mo), Core ($49.99/mo), Elite ($59.99/mo), and Ultra ($79.99/mo). Then, you can add a couple of channel packs grouped by interest, or even premium networks.

On PlayStation Vue, you don’t have to worry about NBC Sports because it’s present in all four bundles. Whichever one you end up going for will help you watch the Dubai World Cup.

On PlayStation Vue, subscribers get to enjoy a cloud DVR feature that can fit about 500 programs. The recordings expire after about an hour, however, so you’ll have to be quick to watch it all. Watching PlayStation Vue channels on multiple devices at the same time is also possible since the platform supports five simultaneous streams. Plus, you can watch three programs at once on the same device via the Split Screen feature. Read our PlayStation Vue review to get all the info you need to make a decision and find out why it got such a big score.

How to Stream Dubai World Cup Online from Anywhere?

Whether you have a cable contract that will give you access to the NBC Sports app or you’re going to go with the streaming services listed above, you have one issue to face – geoblockades. What we mean is that due to licensing issues, none of these will allow you to watch the content you want while outside the United States. Thankfully, this is an issue that’s easy to fix with the help of a VPN.

What are VPNs and How to Use Them?

VPN stands for Virtual Private Network and it’s a tool that uses encryption to help protect your online identity while making it look as if you’re in a different location than the one you’re in. The long explanation involves the VPN routing your Internet connection through its own servers and assigning you a different IP address to match the physical location of the server you picked. If you don’t have a VPN on your devices just yet, we strongly recommend considering ExpressVPN, which is one of the best we’ve encountered so far.

The Dubai World Cup is a great event to watch, not only the final race at the end of March but everything until then too. We hope we’ve been of help in getting you to watch the race online.