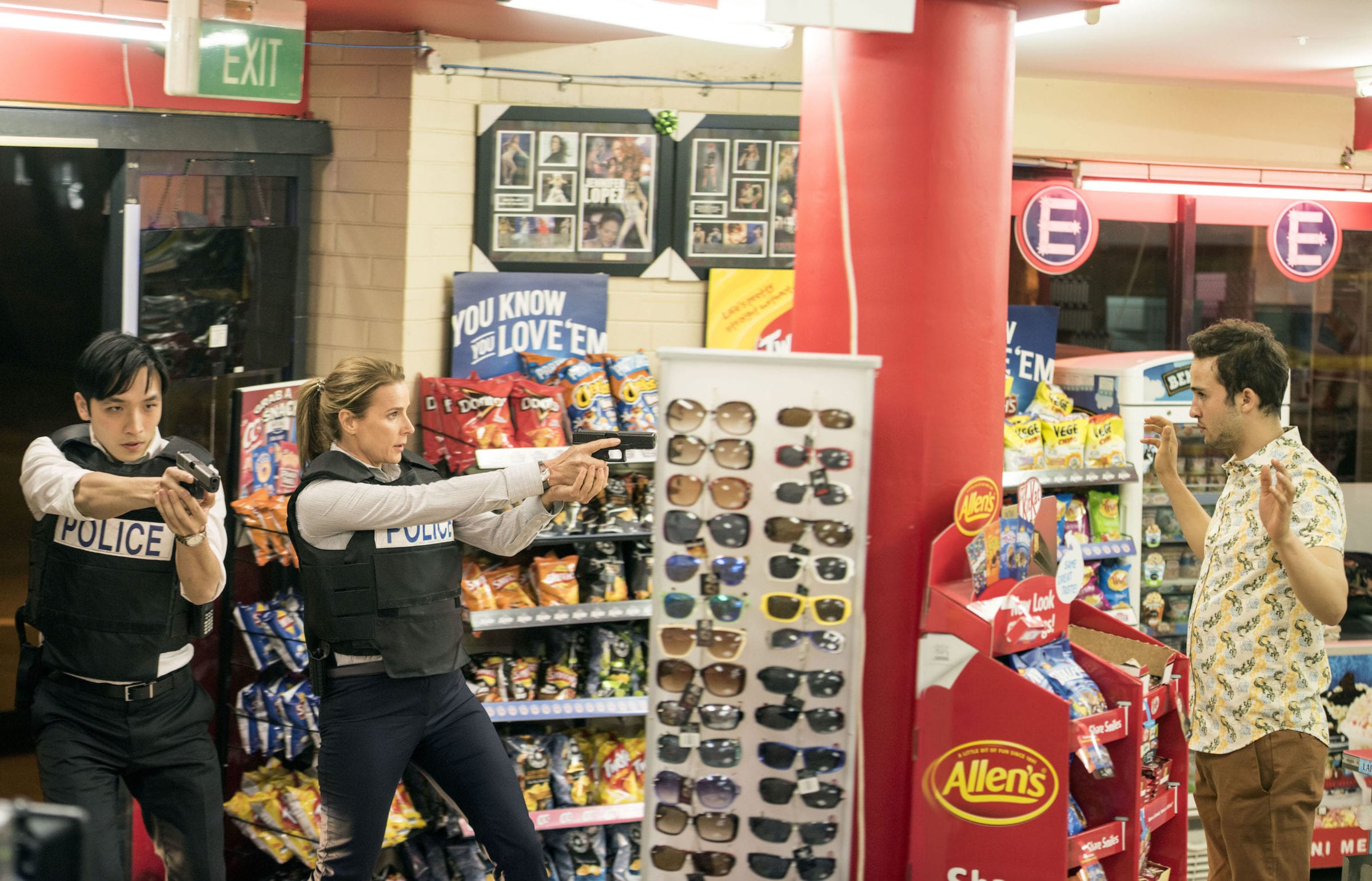 Four-part Australian miniseries following an obsessive detective on the trail of the armed robber who murdered one of her junior officers. Rachel Griffiths (Saving Mr Banks) stars as Grace Gibbs, a hot-tempered detective in anger management who’s assigned the case of a missing young woman, whilst hunting a cop-killer who murdered her colleague Baxter, a killing that she still feels responsible for and subsequently tore her marriage and mental health apart. The stubborn cop takes on a new junior partner, Charlie Fung, who still blames Gibbs for the death of the junior officer, his best friend. The pair must overcome their differences to catch one of the most violent criminals to ever hit the streets of Sidney. A cop thriller mixed with procedural intrigue and mystery, bound to draw in fans of Top of the Lake. Though it’s lacking the deft touch of Jane Campion, and definitely convolutes proceedings a little in later episodes, Rachel Griffiths rivals Elisabeth Moss as a stern yet dependable action heroine, and its four-part tenure delivers the thrills and shocks it needs to without overstaying its welcome.