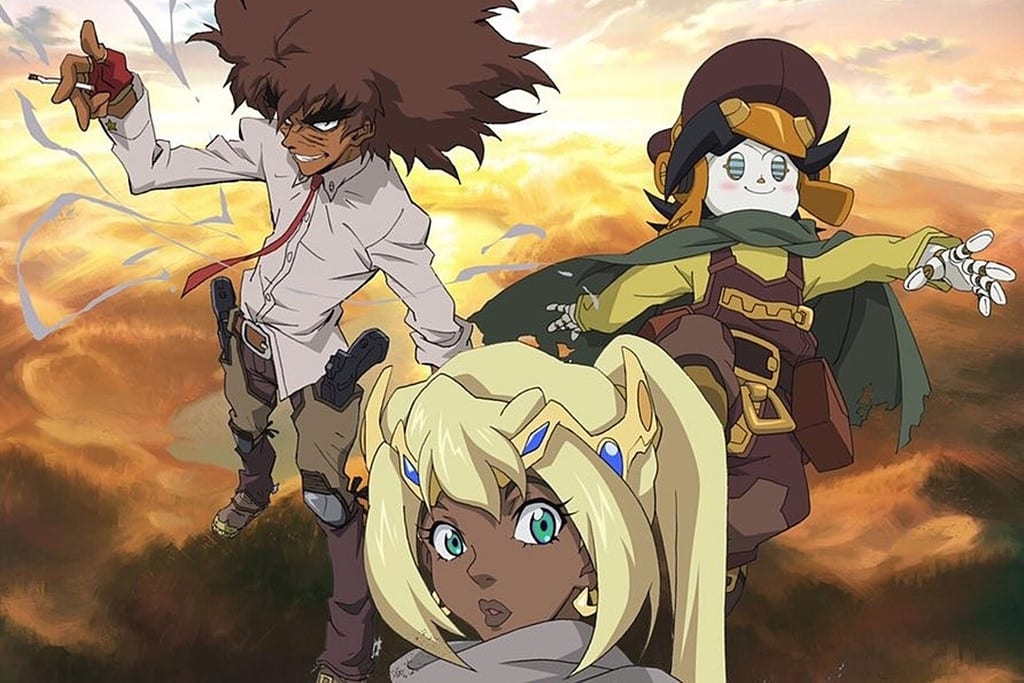 Netflix: Adaptation of an obscure, manga-inspired limited comic book run from way back in 2005. Originally crowdfunded by Kickstarter in 2014, the series is produced by The Legend of Korra’s Tim Yoon, with animation from Japanese studio Satelight. The first twelve episode season follows Philly the Kid, a teenage outlaw who teams up with a friendship robot and a motley crew of outcasts and travellers to solve the mystery of their steampunk world, Gearbolt.