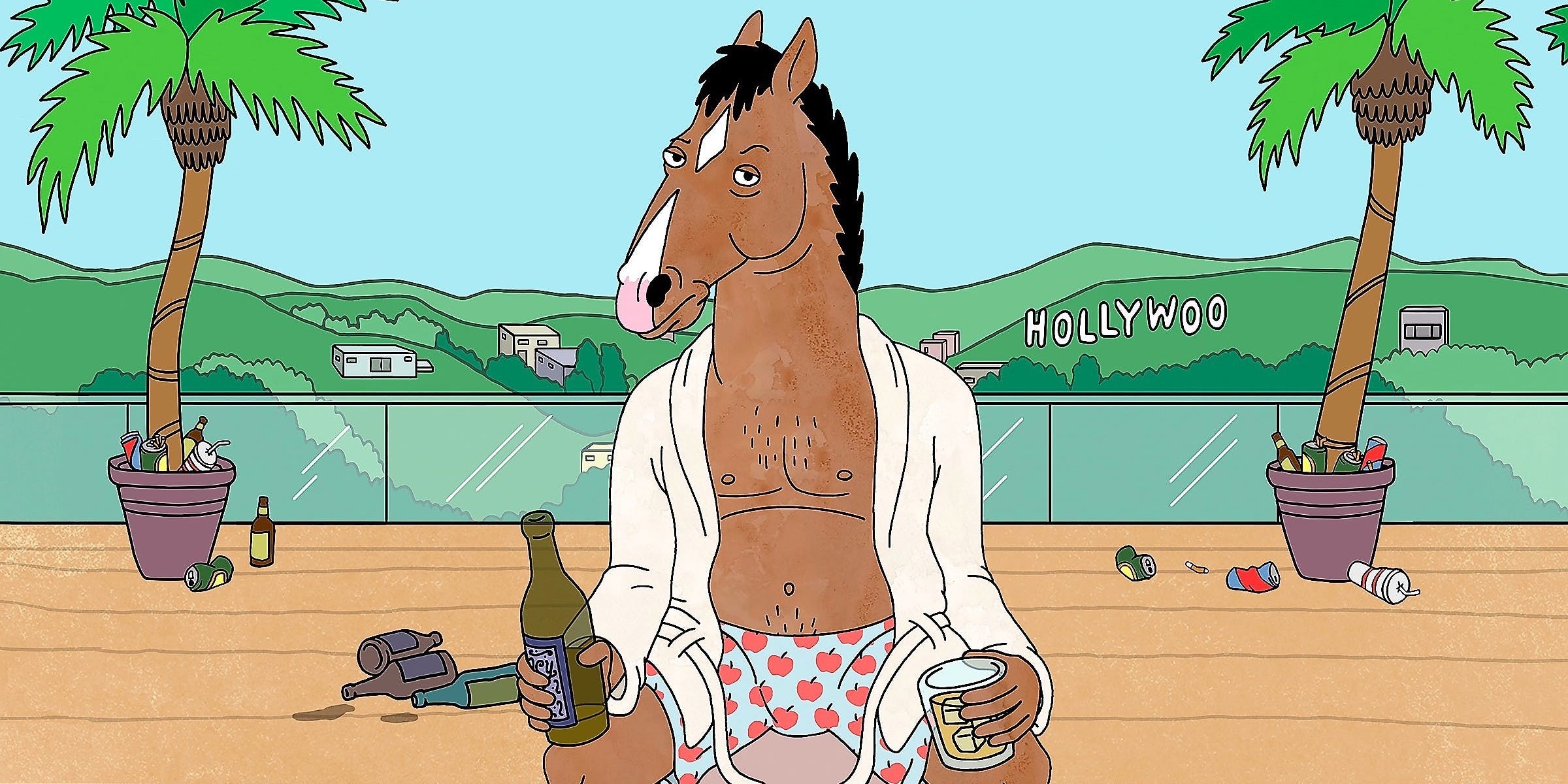 Animated series that takes the idea of a Netflix ‘Original’ and goes as wild as it possibly can. Not only a sharp-as-hell satire on the self-aggrandizing state of 21st Century Los Angeles, but also a sorrowful and dry exploration of self-loathing and depression through the lens of a washed up, alcoholic sitcom actor. Oh, and it’s a super-inventive anthropomorphic animal comedy as well, we swear. Will Arnett (Arrested Development) stars as the titular Bojack, a lonely, middle-aged actor on the verge of a comeback after drinking himself into a stupor following the cancellation of his 80s sitcom, Horsin’ Around. Supported by his friends and co-workers until he increasingly starts to push them away, Arnett’s co-stars feature brilliant voicework from Aaron Paul (Breaking Bad), Alison Brie (GLOW), and Amy Sedaris (At Home with Amy Sedaris). With each season getting darker and darker, the series regularly tops critics’ lists of their favorite shows of the year. It pushes the boundaries of what’s possible for animated story-telling, and each episode will challenge your emotional state as you learn to laugh and cry at the same time.