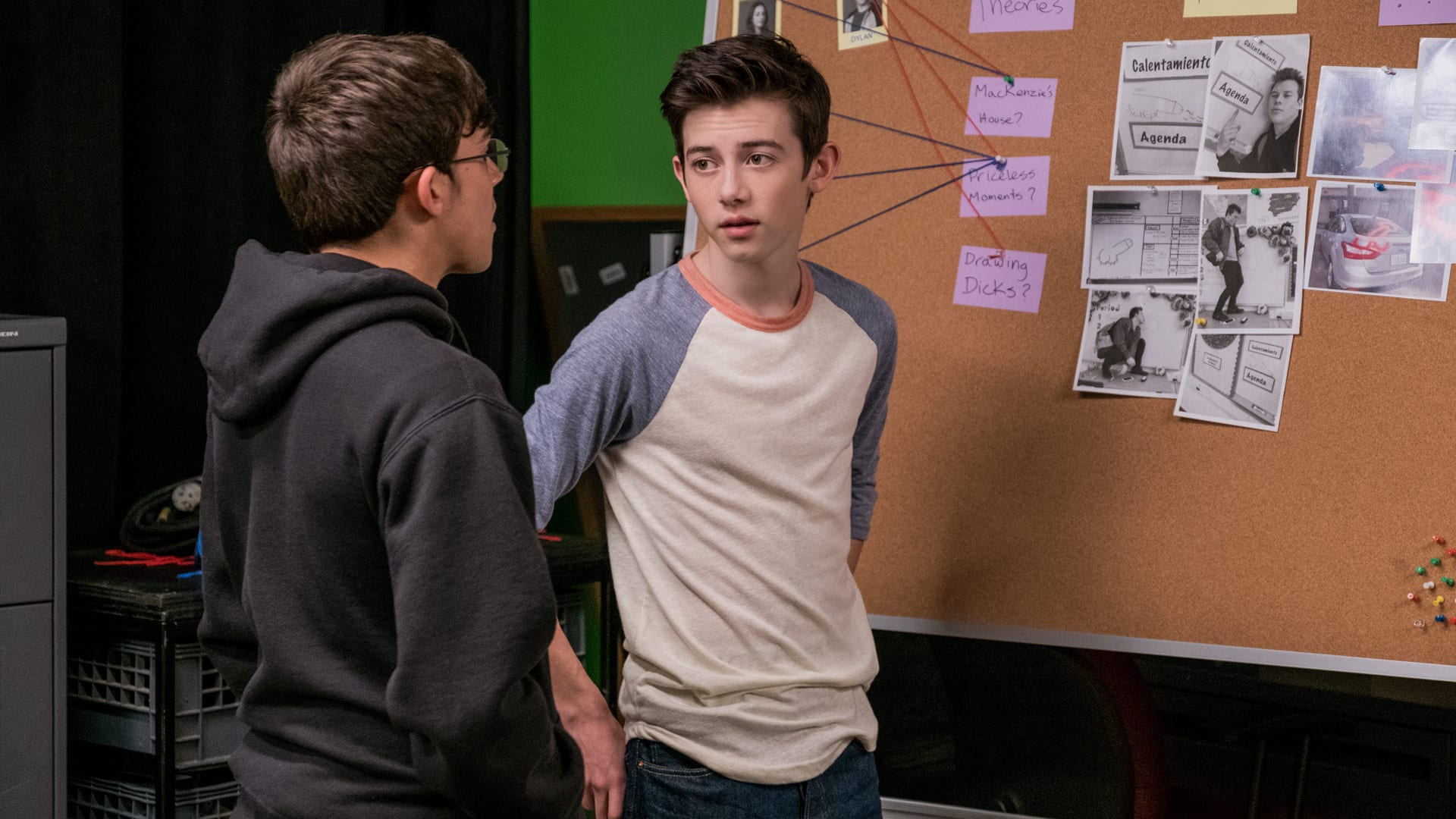 The true crime genre has enjoyed an explosion of popularity in recent years. The launch of the wildly successful Serial podcast in 2014 inspired copycats and imitators, and the format quickly made its way to TV. Long-form documentaries such as The Jinx and Making a Murderer drove people wild with their unpredictable true stories, and the genre has become so popular that even older series like The Staircase are adding new episodes and follow-ups to the intriguing case as we speak. The crime documentary has become so universal, that the inherently unpredictable formula has managed to become predictable. Satirical geniuses Dan Perrault and Tony Yacenda knew it was high time that true crime was taken down a peg or two. American Vandal has everything a polished crime doc should have. Heart-breaking interviews with friends and family. Circumstantial evidence drawn from raw footage and conspiracies. An investigator convinced of his convicted client’s innocence. The crime? 27 penises graffitied on the cars of the Hanover High School’s faculty. Does what Rian Johnson’s Brick did for the noir genre by imagining how the smugly self-assured true crime format might look if the case happened to be set within an American high school. Brilliantly satirical mockumentary. Season 2 returns with a brand new case, St. Bernadine’s infamous Turd Burglar.