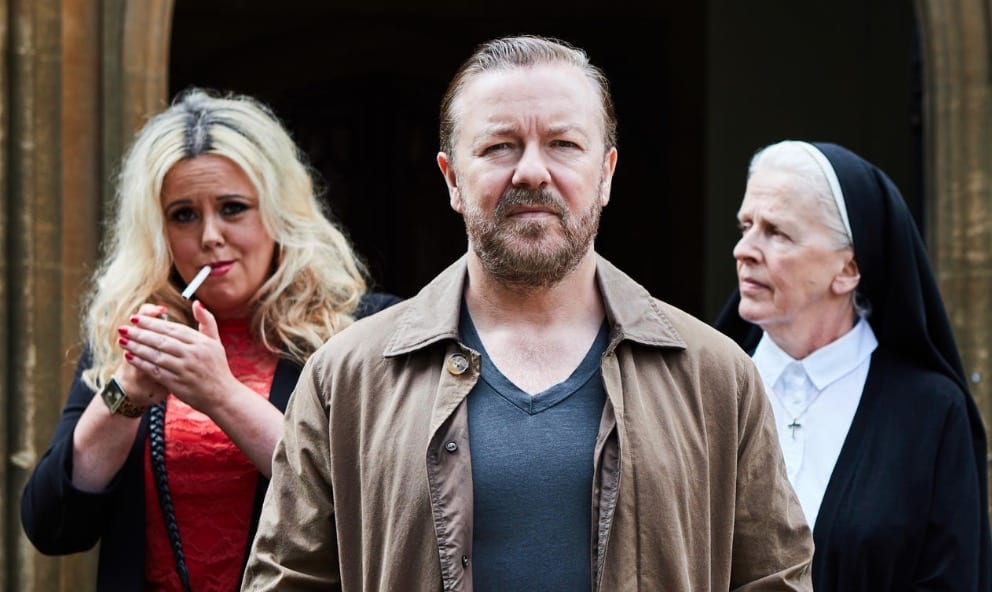 Ricky Gervais stars as a man on the verge of suicide when his wife unexpectedly dies. Rather than following a bleak pattern of depression, Tony instead sets out on a mission to live as long as possible in order to punish the world for what it took away from him. He begins by saying and doing what he wants, when he wants – but soon it sends his relationships spiralling out of control when his family and colleagues try to make him a better person. After his recent standup special, we’re not quite back on board the Ricky Gervais hype train, but his track record with dark sitcoms is strong enough to give his latest effort a try.

Articles about After Life