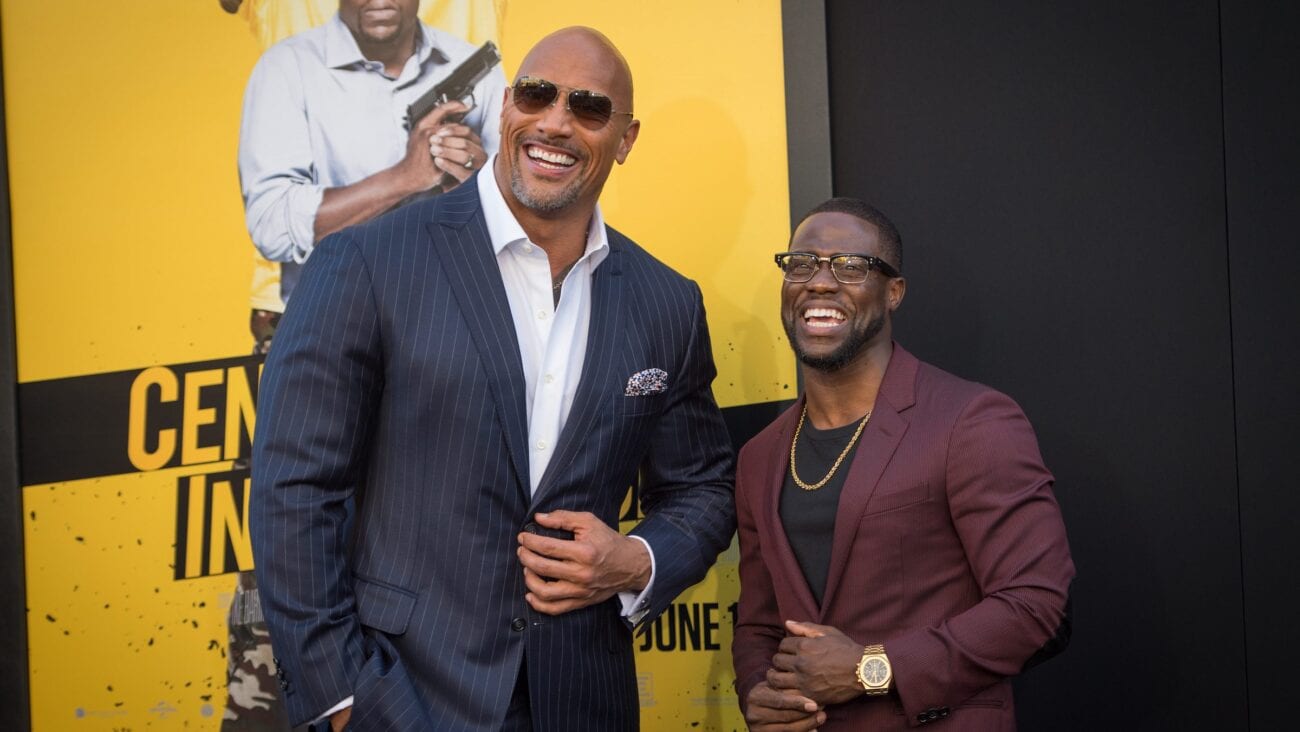 Throughout film history, there have been many actors that have just meshed well together: Abbott & Costello, Johansson & Evans, Hemsworth & Thompson, and, of course, Kevin Hart & the Rock. Movies starring Kevin Hart and Dwayne “The Rock” Johnson are becoming more & more common. The two of them just, for some reason, work really well off each other.

Despite only appearing in three (technically four) movies together, they’re just a winning combination. Honestly? It would be great to see these friends work more in the future. They just play really well off of each other. So what are the movies starring Kevin Hart & the Rock that you need to watch? Here’s all you need to know, but let’s start with the honorable mention first. 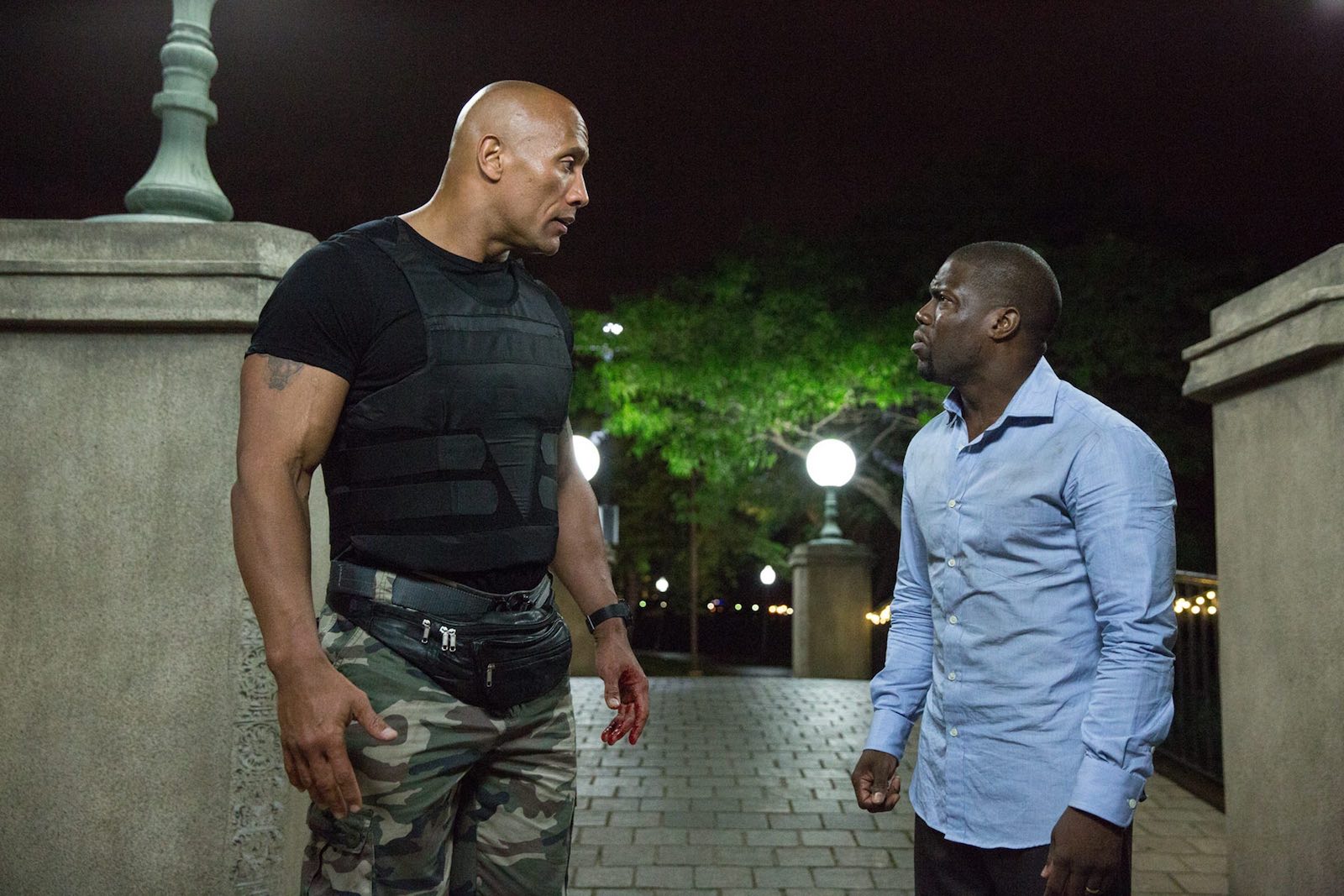 Fast & Furious Presents: Hobbs & Shaw saw The Rock and Jason Statham share the majority of screen time and starring credit. In the first spinoff of the Fast & Furious movies, Kevin Hart appears in a cameo with his best buddy the Rock. While Hart’s inclusion as an Air Marshall who helps out the title characters is no way a big role, it’s one of the best parts of the movie.

Seriously, you get Kevin Hart and the Rock together, whether in starring roles or not, and hilarity is guaranteed to happen. 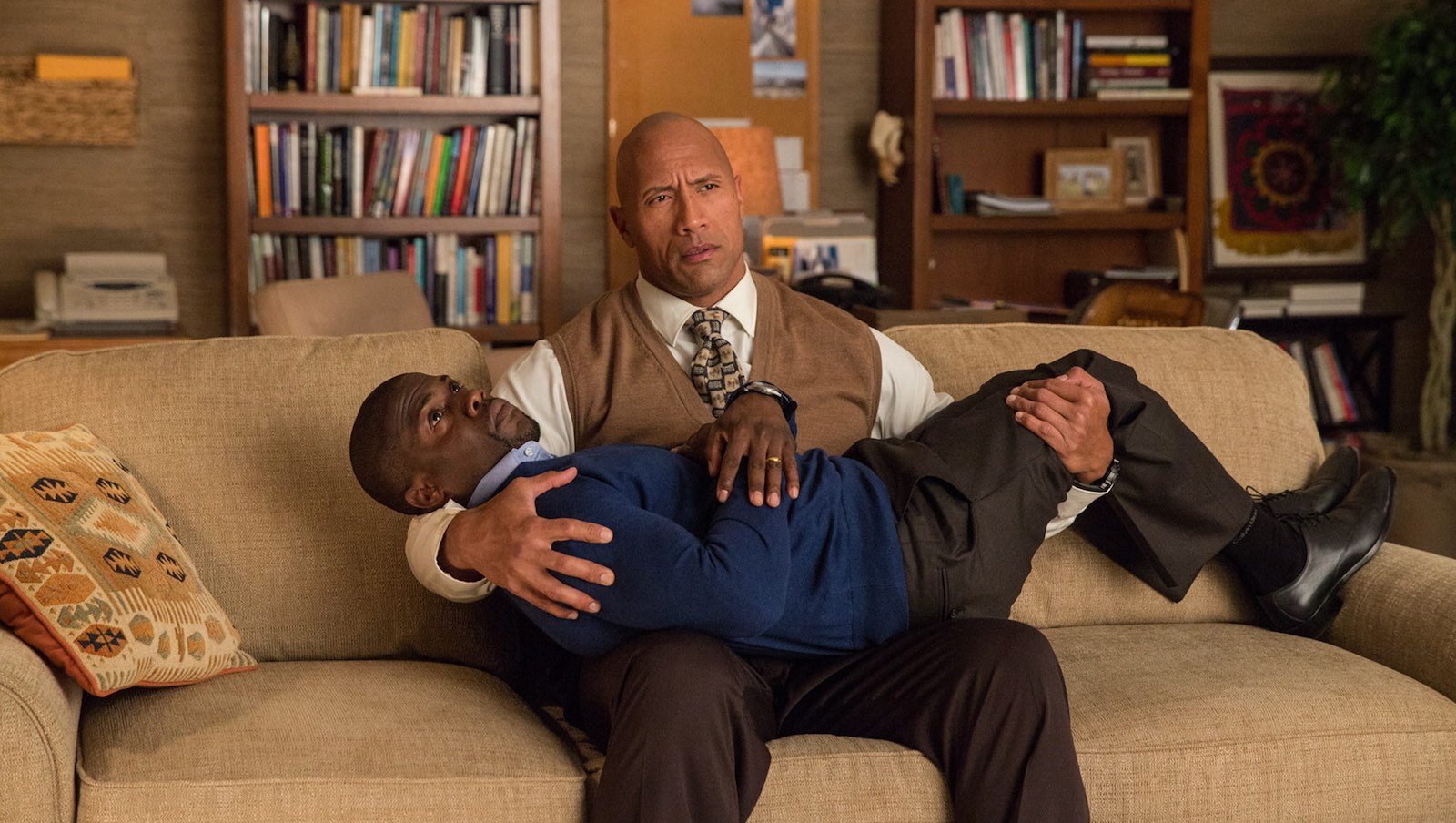 The first movie with Kevin Hart and the Rock in the starring roles, Central Intelligence is a 2016 buddy comedy film. Kevin Hart plays a former high school jock turned married accountant who runs into a former bullied nerd turned CIA agent (the Rock). It turns out that the CIA guy totally thinks that the former jock is still the best person ever and wants them to team up together before their high school reunion.

It’s great to see the Rock really cut loose as the silly, over-the-top one while Kevin Hart plays the straight man. I mean, Dwayne Johnson is wearing a shirt with a unicorn on it and, like, a fanny back. Is Central Intelligence a movie for the ages? Probably not, but it’s one of the funnier “eh I watched it while channel surfing” movies out there. Plus, it was the beginning of a beautiful partnership between the actors. 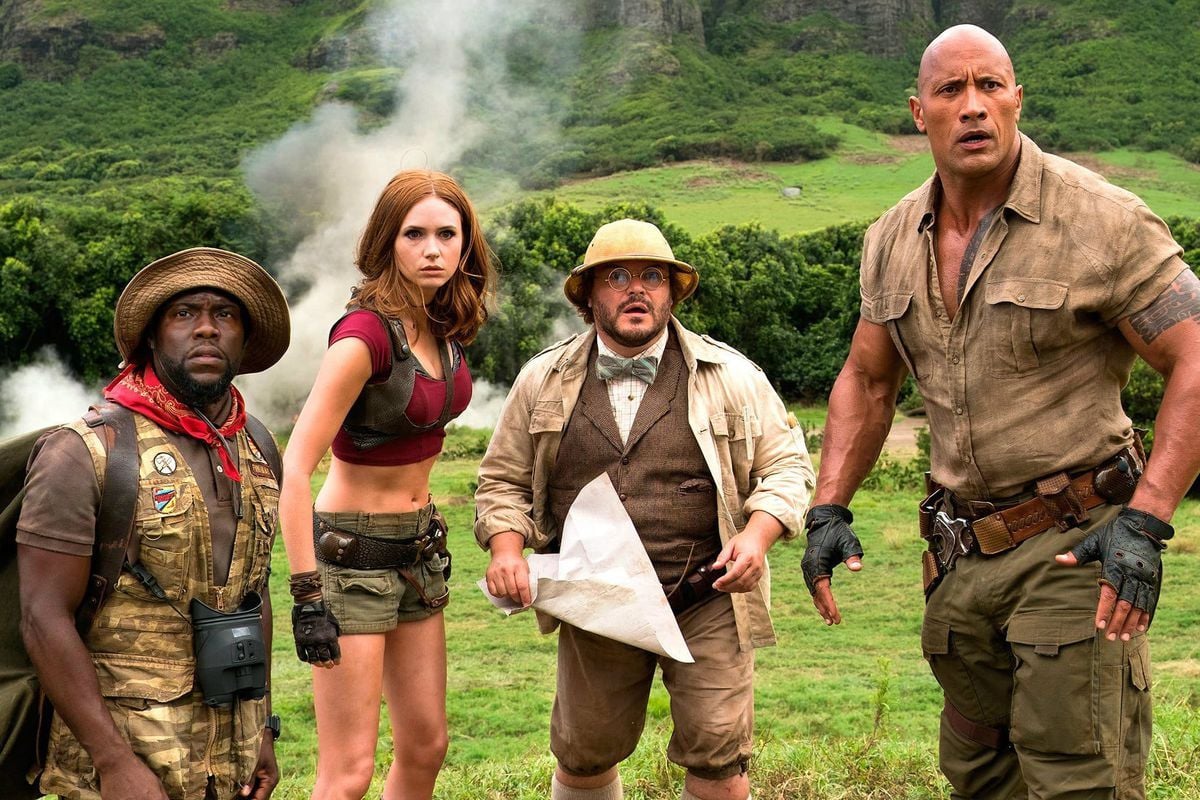 The 2017 somewhat sequel to the classic 90s movies, Jumanji takes the idea of going into video games to the next level. Kevin Hart and the Rock play Player Character avatars for a high school jock and a neurotic high school student respectively. We have to admit, we did not expect this stuff from Central Intelligence to carry over, but here we are. Still hilarious though.

In the film, a group of four high school students have to win the video game version of Jumanji. Otherwise, they will be trapped in their new bodies within the game forever. Dun, dun daaaaa. 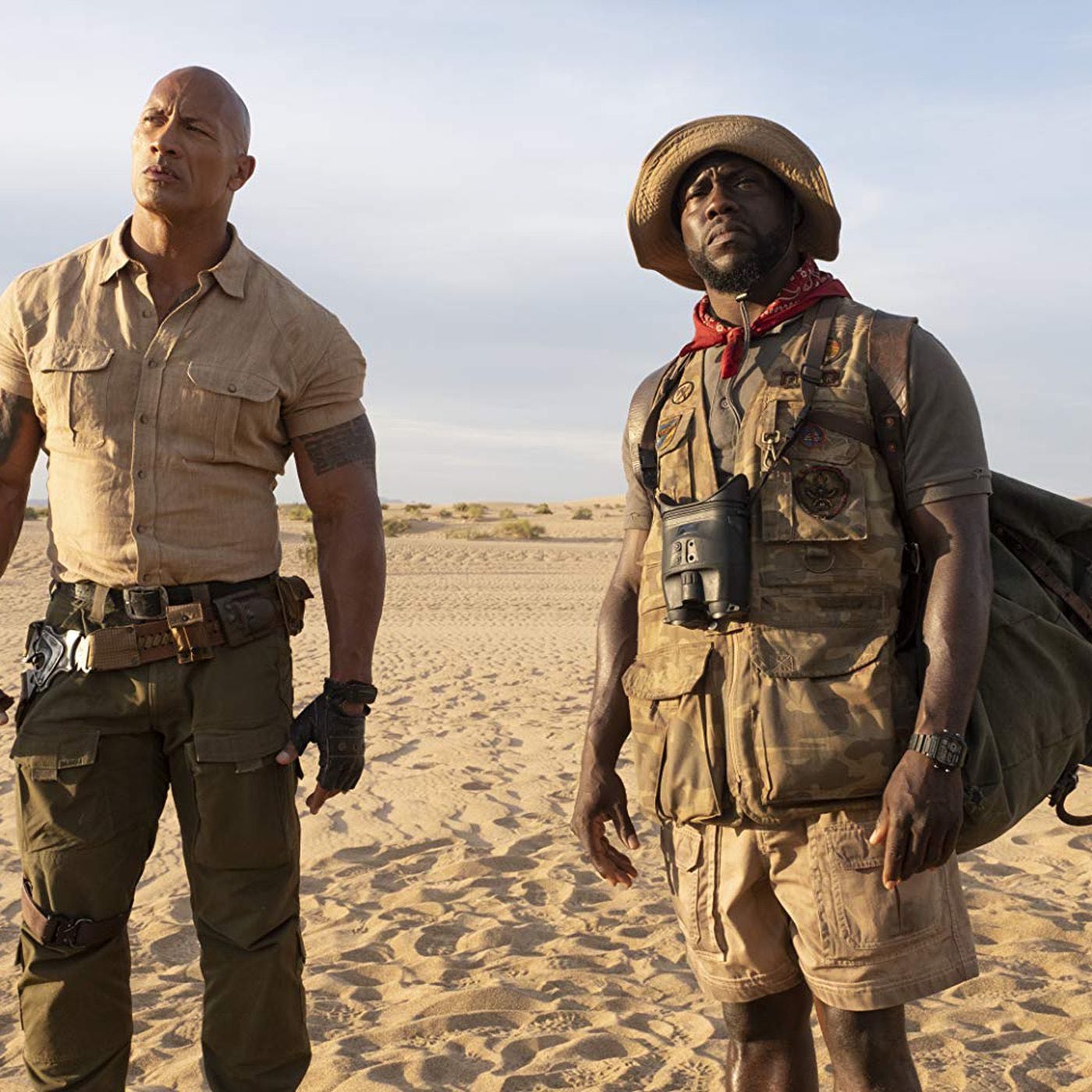 Due to the unexpected success of the 2017 movie, this 2019 sequel was practically a given. Kevin Hart & the Rock return to their starring roles as the Player Characters in this movie, possessed by the spirit of Danny Devito & Ernie Hudson, who get sucked with the high school students into the glitchy Jumanji video game. Yes, it is pretty fantastic.

In the sequel, Kevin Hart & the Rock have to play a couple different characters as people body hop around. So that’s definitely something that should be majorly enjoyed because it does show off their comedic range. (Also we’re dying laughing from it.)

Do you think Kevin Hart & the Rock should be in more movies together? What other starring roles should this dynamic duo have? Share your thoughts in the comments down below to let us know!