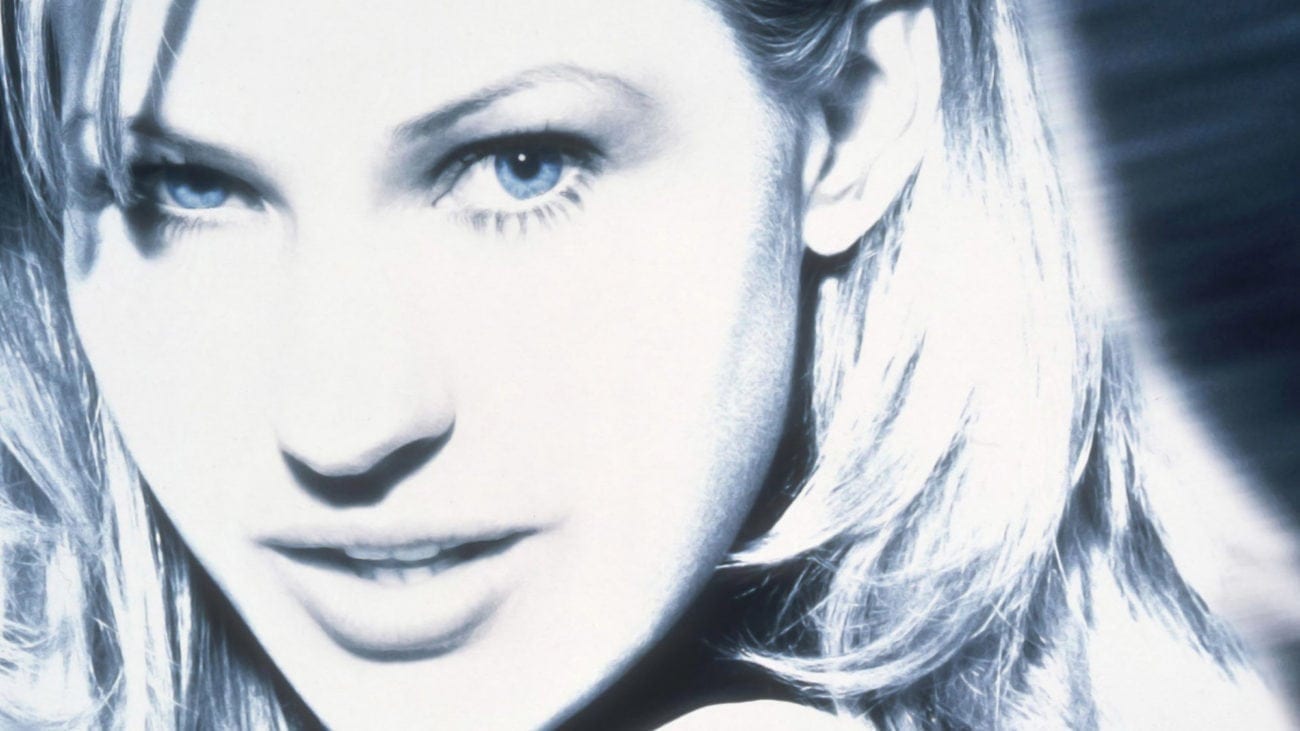 Show Me Love: 10 movies every woman should see while celebrating Pride

It’s Pride, hennies! We’re sure you don’t need any help celebrating your local LGBTQI community and getting sloppy drunk with Sandra from accounting for it, but you might want some guidance on what films to watch in celebration of this queertastic month. Here are ten films that look at the many complexities of gay relationships, from young people who are still finding themselves to older people who have fought long and hard for the freedom to be themselves.

Todd Haynes’s film – based on the novel The Price of Salt by Patricia Highsmith – is a glorious (and kinda hot) look at love and repression in 50s America. The film is beautifully shot by Haynes (Velvet Goldmine) and his D.O.P. Edward Lachman, but the performances by leads Cate Blanchett (Blue Jasmine) & Rooney Mara (The Social Network) are what really steal the show, with Mara as the younger and quieter Therese and Blanchett as the more worldwise Carol. The film not only shows the two fall in and out of love, but it also shows how Carol battles long and hard with everyone she has to, before in the end declaring that she will not deny who she is for anything or any one.

All That Heaven Allows

While not being about gay relationships, Douglas Sirk’s film is still a masterpiece of an unrequited love that a society simply cannot deal with. Jane Wyman (Magnificent Obsession) plays the older, lonely, affluent Cary who falls in love with the handsome and much younger Ron (played by Rock Hudson who was publicly in the closet about his own homosexuality at the time). Sadly, after falling madly in love they allow society to drive them apart, sending them both into a spiral of sadness. The two then re-unite at the end after Hudson is involved in a life threatening accident. At his bedside, a doctor asks Wyman if she plans to stay and she replies, “Yes, no more running away.”

Lukas Moodysson’s (We Are the Best!) debut feature film is a beautifully observed look at all encompassing teenage love and angst. It follows the outgoing and popular Agnes and the less popular and often depressed Elin as they fall in love in a small town in Sweden. The film takes viewers on a journey of the most painful of teenage experiences, from guilt to arguments to drunken regrettable sex – but overall, the simple desire to be free. In the end, Agnes & Elin decide to come out to their entire school after realizing what so many young people sadly don’t – their lives will be so much more than what they’re seen to be in high school.

Similar to how some have questioned whether the prison in The Shawshank Redemption is a metaphor for the constraints of 50s American society, the boarding school in Girls in Uniform could also be looked upon the same. The film follows Manuela von Meinhardis (Romy Schneider), who is enrolled in a strict boarding school by her military dad after her mother dies. Before long, Manuela notices Fräulein von Bernburg (Lilli Palmer) – a compassionate and thoughtful young teacher. The two fall in love and after putting on a school play in which Manuela plays the male lead, the school girls get drunk, and Manuela reveals that von Bernburg has given her a petticoat before drunkenly yelling that she “isn’t afraid of anything anymore.” However, it’s just a matter of time until that forbidden love becomes known, immediately leading to disaster – Bernburg is fired and Manuela receives a severe punishment like someone who has committed a crime.

Kelly Reichardt is one of the world’s finest directors and her last film Certain Women proved why. In what is a first class cast, it is Lily Gladstone (Winter in the Blood) as Jamie who steals the show as the ranch hand who falls quietly in love with her night school teacher Beth (played by sapphic goddess, Kristen Stewart). Gladstone portrays the quiet ranch hand with a subtle beauty as she – despite not having any interest in education law – returns every week to see Beth in the hope that they can go and eat together in the small local diner afterwards. After Beth stops teaching at the school, Jamie makes the eight-hour round journey to see her. After Beth doesn’t reciprocate her feelings, Jamie returns home, falling asleep at the wheel and crashing into an empty field. Although her love wasn’t returned, Jamie embarked on a journey she hadn’t been on before.

While it would be easy to not like Chasing Amy (because it’s got Ben Affleck in it), the film gave a platform for a wonderful performance from Joey Lauren Adams (Dazed and Confused) as the titular character who is beautiful, flawed, and (above all else) unapologetic for her fluid sexuality. The film follows her relationship with Holden (Affleck) until its demise after Holden finds out that Amy once (gasp!) had sex with two men at the same time when she was younger. Holden flies into a rage, declaring that she was used, to which Amy replies, “No, I used them!” Later in the film Holden tries to fix everything by suggesting they have a threesome with his bestie, thus proving that sometimes straight dudes are the absolute fucking worst.

The Killing of Sister George

Beryl Reid (Yellowbeard) gives a career defining performance in this 1968 film (based on the play of the same name) as the ageing TV actress George, whose on-screen persona is a far cry from her real life one. The film shows George as she struggles with her fading career and alcohol problems combined with her obsessive and often cruel relationship with her live in lover Alice (Susannah York). George is a character who, despite her many flaws, refuses to be controlled or told what to do and while this may contribute to her demise, it also helps to make her who she is.

While there has been much said (and rightly so) about the sex scenes in the film and apparent poor working conditions that the actors were made to endure, that shouldn’t altogether detract from what is still a very tender film about young people finding themselves. The film revolves around its two leads – Adèle Exarchopoulos (Racer and the Jailbird) and Léa Seydoux (The Lobster) – who have both been rightly lauded for their performances in a film that (despite the mentioned issues) gave the two a chance to show how capable they both are as performers.

Rainer Werner Fassbinder (Fox and His Friends) may have been a very troubled man who died from a drug overdose at quite a young age, but many of his films show a brilliant mind and Petra Von Kant is a great example of this. The story takes place almost exclusively in the apartment of a prominent fashion designer named Petra and looks at the changing relationships she has with two women. One is her assistant Marlene and the other is a young and desirable model called Karin. The film is a volatile exploration of desire, possession, and madness, all shown in a kaleidoscopic of wigs, gin bottles, and mannequins.

Whitney: Can I Be Me

Rudi Dolezal and Nick Broomfield’s documentary about the gifted but troubled singer may have shown us many sides to queer icon Whitney Houston’s life we hadn’t seen before, but most revealing of all was the relationship she had with her long time best friend Robyn Crawford. Crawford – who is openly gay – seemed to love Whitney more than anyone else in her life and it was after her continued fall outs with husband Bobby Brown that she could no longer be in Houston’s life, leaving her to spiral further into depression and drug addiction before her untimely death aged 48. One thing that many likely took away from the documentary is the feeling that Whitney might still be here today and happy had she have openly chosen a romantic life with Crawford instead of Brown.