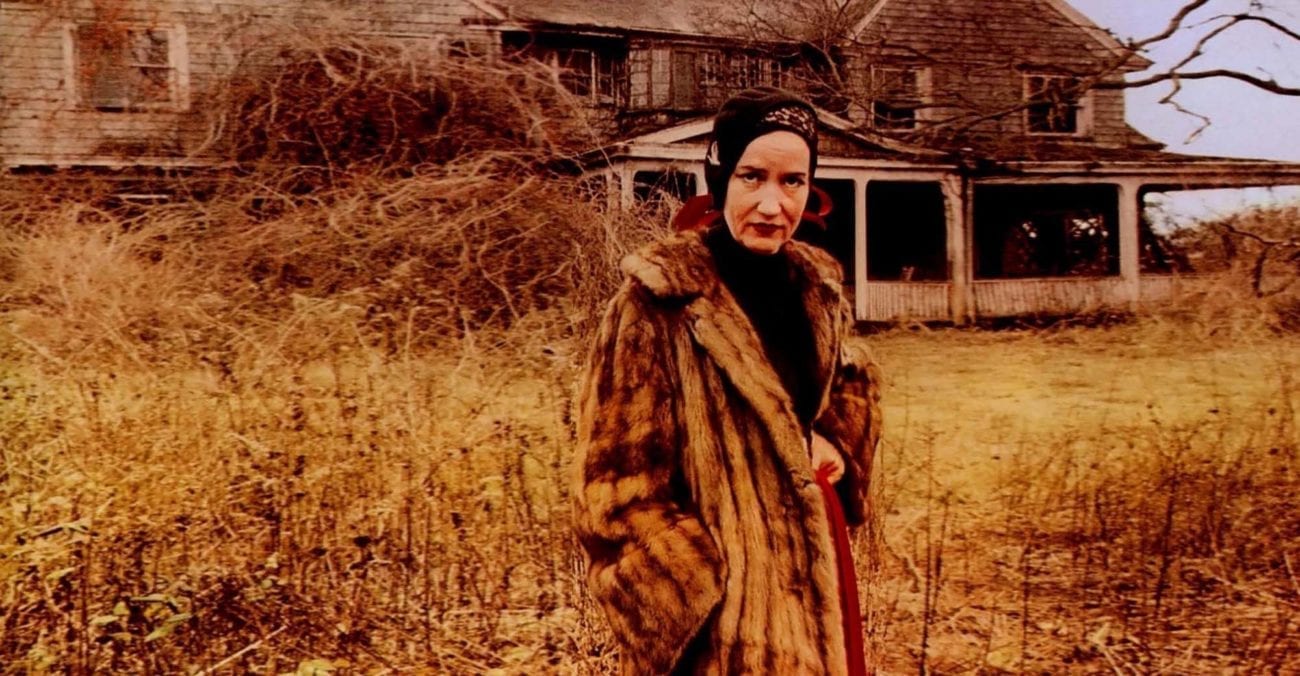 Gaytober: All the reasons ‘Grey Gardens’ is everything

Throw a scarf around your head and start putting together your best costume for the day! A new documentary took us all back to Grey Gardens last year. Albert & David Maysles’ beloved 1975 tragicomic documentary focused on the eccentric lives of mother and daughter Little & Big Edie Beale. It was also partly inspired by a 1972 project initiated by artist Peter Beard and Lee Radziwill (sister of Jackie Kennedy and cousin of the Beales).

Now fans can finally enjoy the precursor to Grey Gardens in the documentary That Summer.

Transformed into a feature documentary by Swedish filmmaker Göran Hugo Olsson (who previously worked his magic on archive footage for The Black Power Mixtape 1967-1975 in 2011), the documentary offers rare insights into the Beale family dynamic with the mother and daughter reflecting on their history. 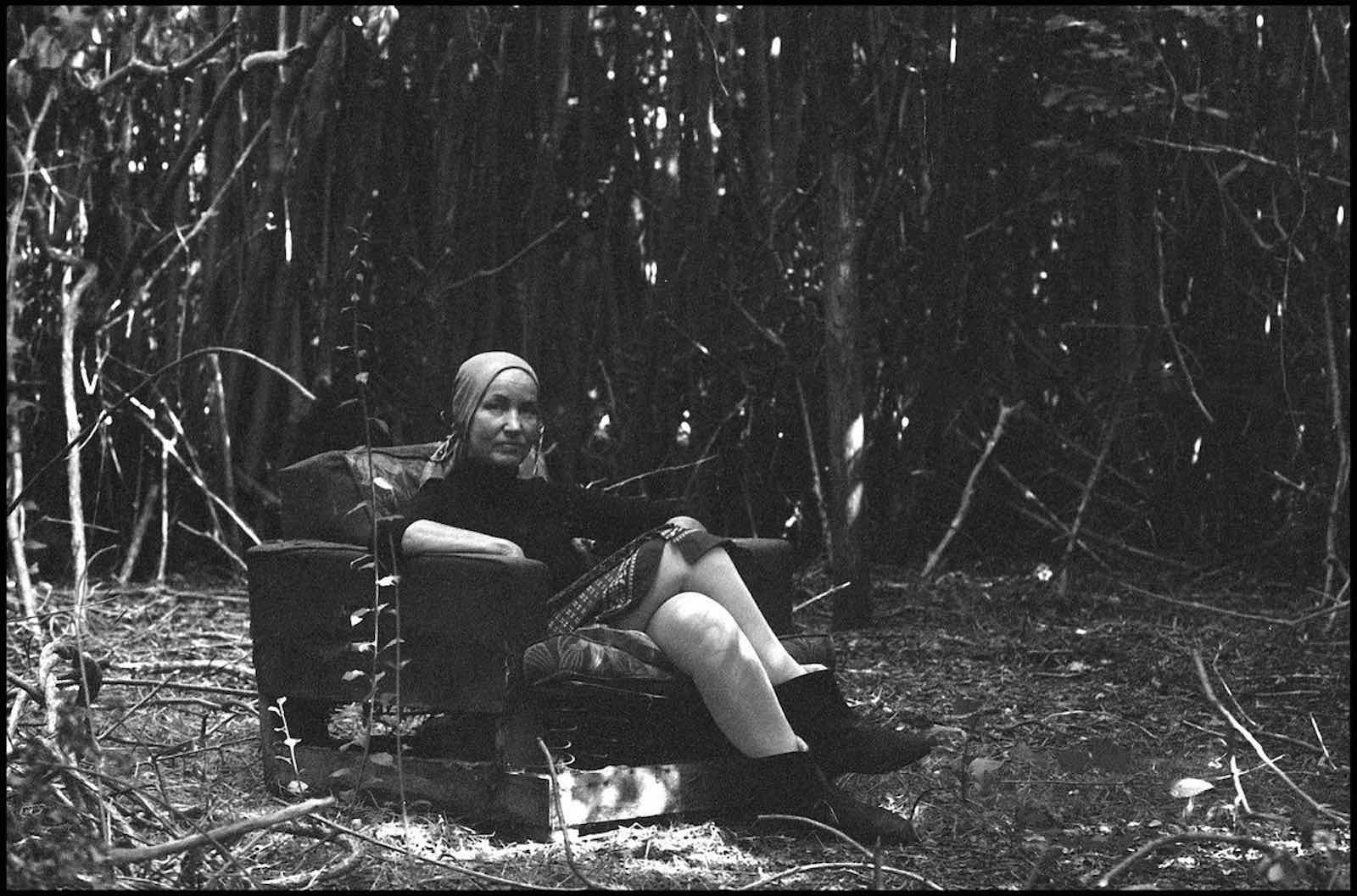 The footage also features Beard and his collective of various artists and socialites including Andy Warhol (Blue Movie) who also worked on the footage. That Summer will be released by IFC Films on May 18 and you can watch the trailer below.

That no doubt gave you a severe urge to rewatch Grey Gardens for the hundredth time and we honestly don’t blame you. Let’s look back at all the times Grey Gardens was everything.

The best costume for the day

One of the biggest delights of Grey Gardens is witnessing the “costume” choices Little Edie makes every day. Her unbridled, almost childish delight and enthusiasm in showing her creations off is almost as joyful as the looks themselves. In this particular scene, Little Edie goes into meticulous detail about how she’s fashioned her skirt and why you must always wear shorts or pantyhose with such a look.

The other benefits of her ensemble? “You can always wear the skirt as a cape.” Ingenious.

The scrappy bickering between mother and daughter in Grey Gardens is one of the most hilarious and horrifying centerpieces of the movie. By far the greatest bout between the two is when Little Edie insists on singing (as she does throughout the film) much to Big Edie’s disgust and chagrin.

At one point Big Edie brings a radio into the room to try and drown out the noise of her daughter. Amid the cacophony of the fight, there’s a disastrous attempt at breakfast and one instance of Big Edie exposing herself when her bathing suit falls off. It’s pure chaos.

In another spat between Big & Little Edie concerning the daughter’s singing, Big Edie snipes, “You’re singing incorrectly! Very ugly.” Deflated, Little Edie sits down on the bed and for a moment she looks to be defeated. Just seconds later she’s crooning again.

Using a magnifying glass to inspect the zodiac

While reading a book about astrology with a magnifying glass, Little Edie announces one of her biggest tragedies is not being able to marry the man she loves due to astrological incompatibility. “I’m Scorpio, he’s Sagittarius,” she muses before diving into a caustic rant about how “no-one takes into account how sensitive a person can be” and how ludicrous the accusations that she’s schizophrenic are. “No Beale was ever schizophrenic!”

Little Edie is definitely not having a nervous breakdown

Emerging from the house wearing one of her many outstanding creations, Little Edie starts singing Rudy Vallee’s “You Oughta be in Pictures” with a girlish sparkle in her eyes. Like many of the best moments from Grey Gardens, the scene starts off sweet and full of mirth before taking a sharp detour as Little Edie starts talking about a conversation she had with her brother’s friend who “scares” her.

“She said I was having a nervous breakdown, I should go to Atlantic city. I’m not that broken down yet!” Edie smiles. Then she continues singing. It’s more than a little uncomfortable to watch but also oddly victorious.

Is Little Edie’s flag dance the most underwhelming attempt at American patriotism put on film? Absolutely. Is it also the most phenomenal? Damn right it is.

Dealing with a staunch woman

Entering the gardens looking like she’s “dressed for battle” as the filmmaker suggests, Little Edie delivers one of the greatest speeches in the history of familial disputes. “In dealing with me, the relatives didn’t know that they were dealing with a staunch character and I tell you if there’s anything worse than dealing with a staunch woman . . . S-T-A-U-N-C-H. There’s nothing worse, I’m telling you. They don’t weaken, no matter what.”

Lying in bed, Big Edie delivers a double-hitter of disparagement when she casually comments to Little Edie, “Your face is so ugly! You have such an ugly face.” When her daughter leaves the room, Big Edie barely misses a beat before she’s chastising someone else in the room for sneezing. “Do you want a handkerchief?! It’s too late now! All the germs are round the room.” She’s so monstrous but so enthralling.