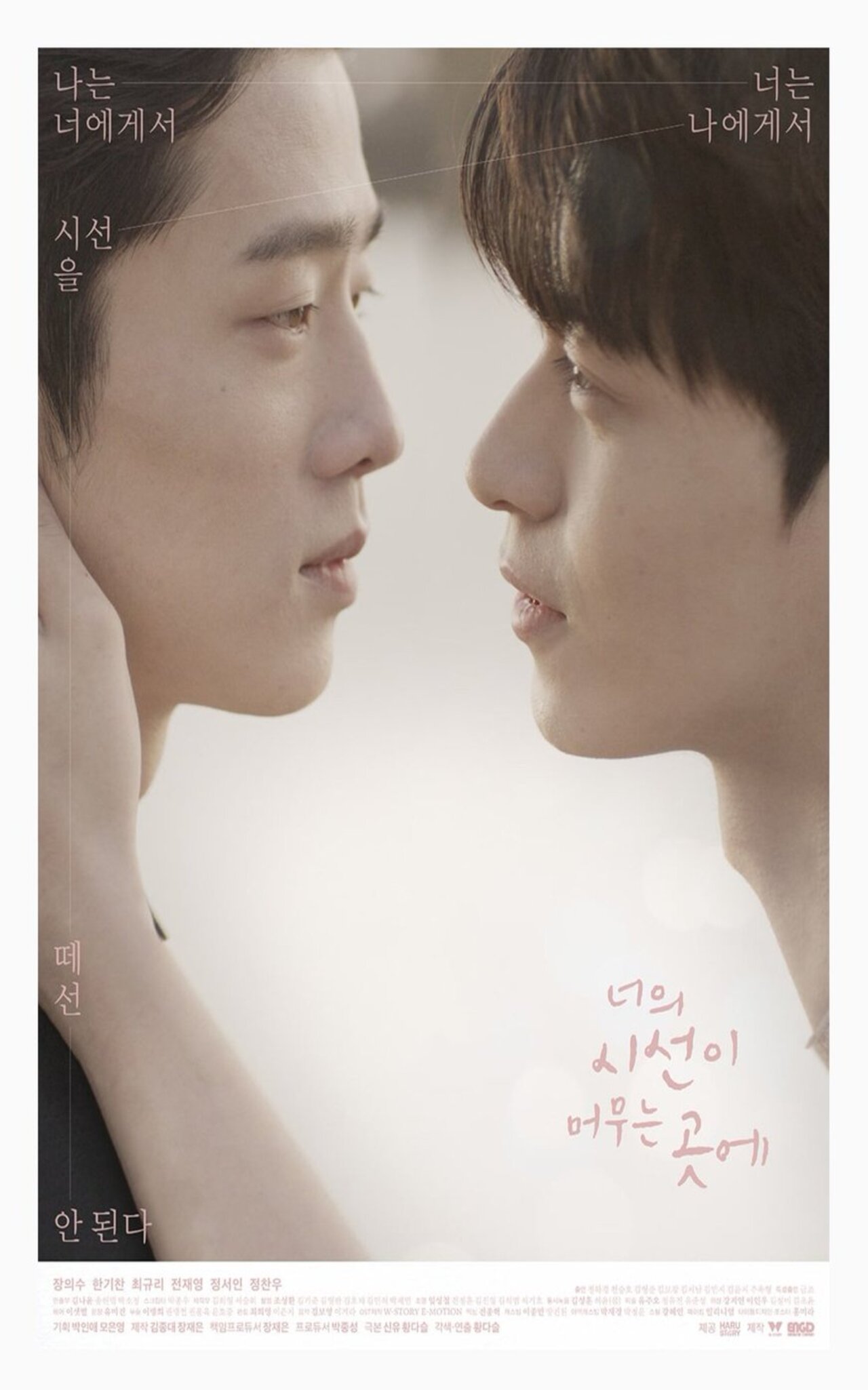 ‘Where Your Eyes Linger’: The next drama you absolutely must see

2019 saw a surge in popularity of the Boy’s Love (BL) genre. The genre originated in Japan way back in the 1970’s and has slowly been building momentum ever since. Now, Thailand & Taiwan are considered the current leaders in producing BL dramas, but other regions in Asia are quietly catching up. South Korea’s new BL production, Where Your Eyes Linger is garnering a lot of positive attention.

South Korea has typically shied away from the BL genre due to the lack of acceptance of the LGBTQ community in that country. Often not even making it to air, being cut while airing, or being filled with problematic queer storylines, South Korea does not have the best reputation for dealing with BL dramas. Where Your Eyes Linger is a welcomed, dramatic departure from these norms for the country. 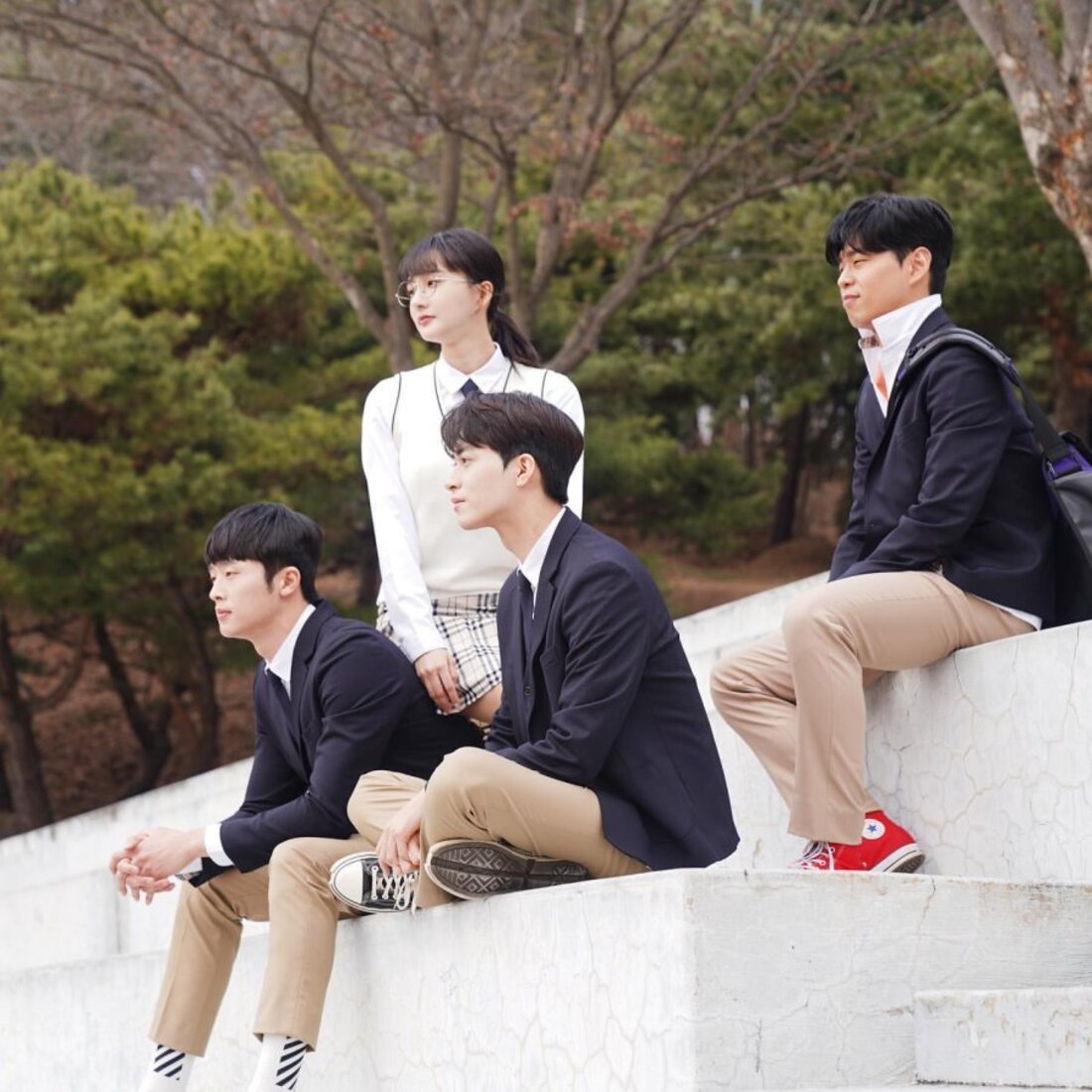 As news broke through the BL world that South Korea was producing this show, consumers collectively held their breath. Would this be a repeat of past disasters, or, considering how the industry in Asia has advanced, would South Korea learn from past mistakes? When Where Your Eyes Linger dropped in May, consumers were thrilled with the result.

Where Your Eyes Linger consists of eight episodes, each of which is only ten minutes long. Needless to say, this one is bingewatch worthy, and a quick bingewatch at that. 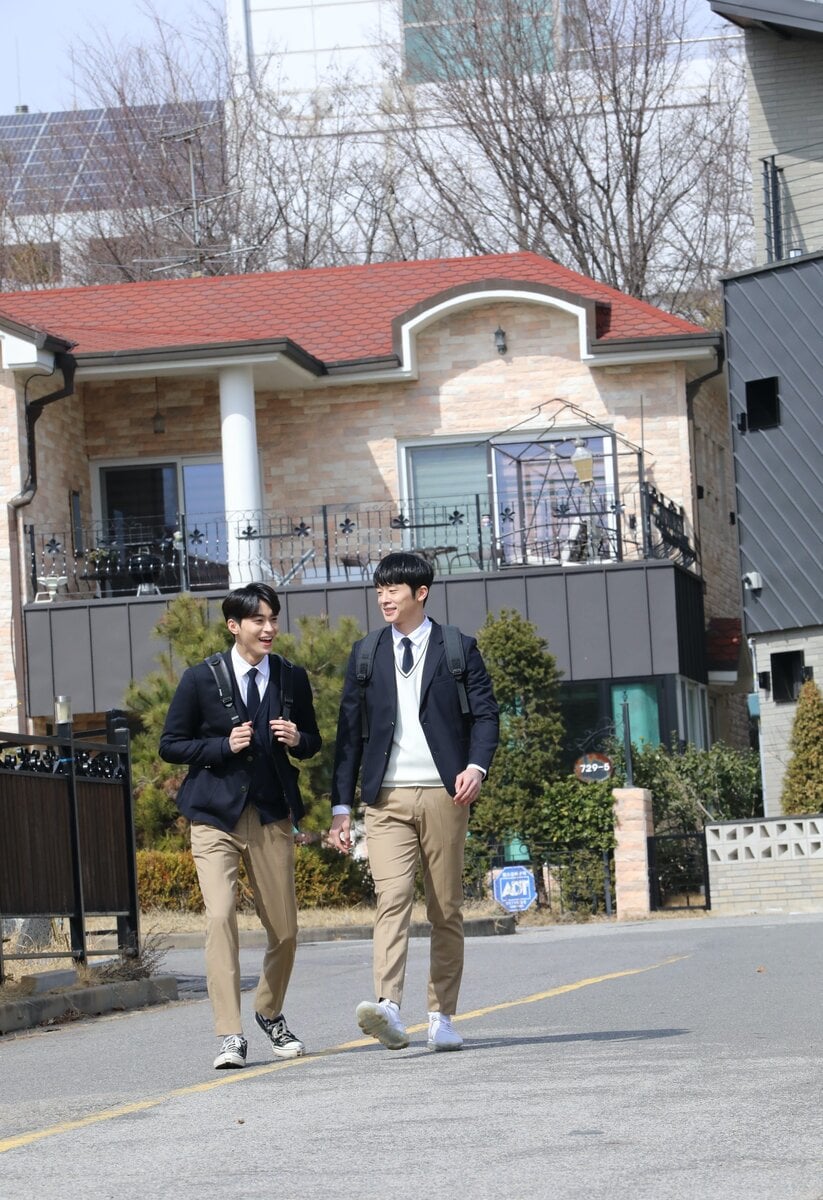 Where Your Eyes Linger has two main protagonists. Han Tae Joo (Han Gi Chan) is the son of a wealthy South Korean businessman. Tae Joo’s trusted friend, Kang Gook (Jang Eui Soo) is trained in a variety of martial arts and was recruited by Tae Joo’s father as a ‘bodyguard’ type figure in Tae Joo’s life – even though the two are the same age.

Although Where Your Eyes Linger is marketed as a BL drama, at first the interactions between the two main characters does raise questions about whether this drama is a bromance or a romance. This question mark is especially heightened when a female character is introduced as a potential love interest for Kang Gook. As the showed aired on live TV, viewers took this moment to social media, wondering if they had been queer-baited.

However, these issues are cleared up quickly as Tae Joo gets royally annoyed by the attention Kang Gook gives to the girl. As each episode is only ten minutes, the sexual tension that builds between the boys happens quickly. As the boys teeter on the edge of moving their relationship from one of close friendship to something more, the question is presented: will this end well? You’ll have to watch to find out. 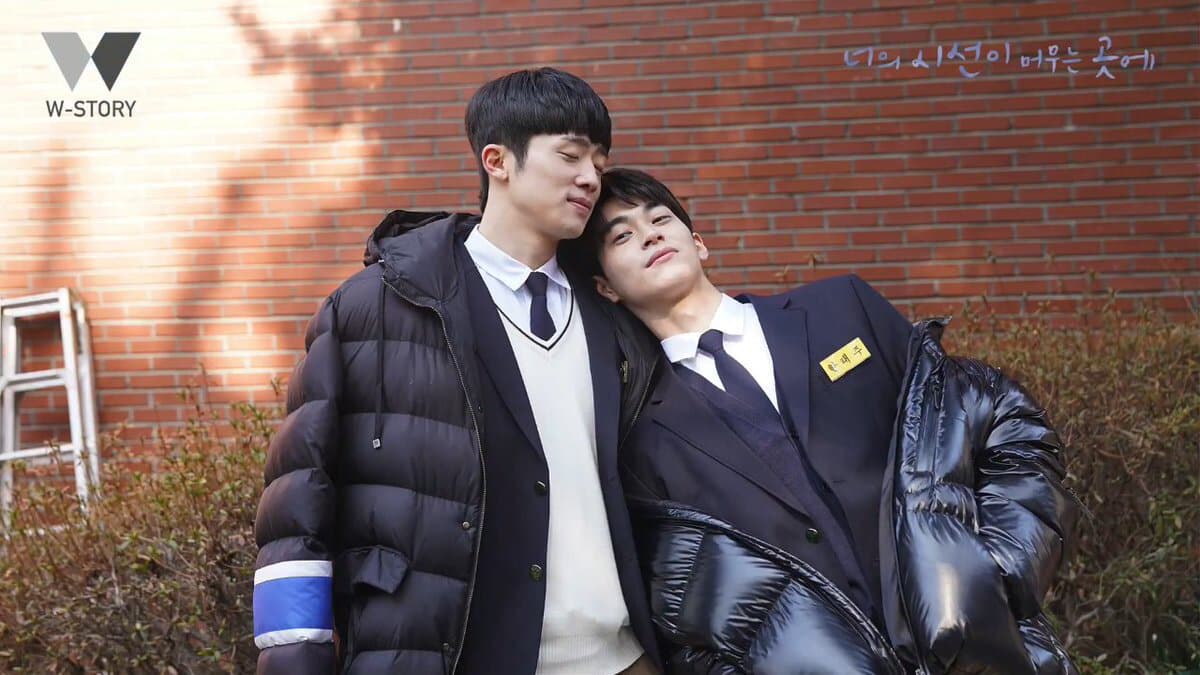 Because the episodes of Where Your Eyes Linger are so short, the entirety of the storyline centers around the development of the relationship of the two boys. The chemistry between the two characters definitely jumps out of the screen and is really the solidifying factor that will keep you watching.

The confusion the boys of Where Your Eyes Linger clearly experience as they stumble through their feelings is quite endearing. They live together, share a bed together, go to school together, and basically spend every waking minute together. It’s no wonder the boundaries of their relationship are so blurred & confusing. 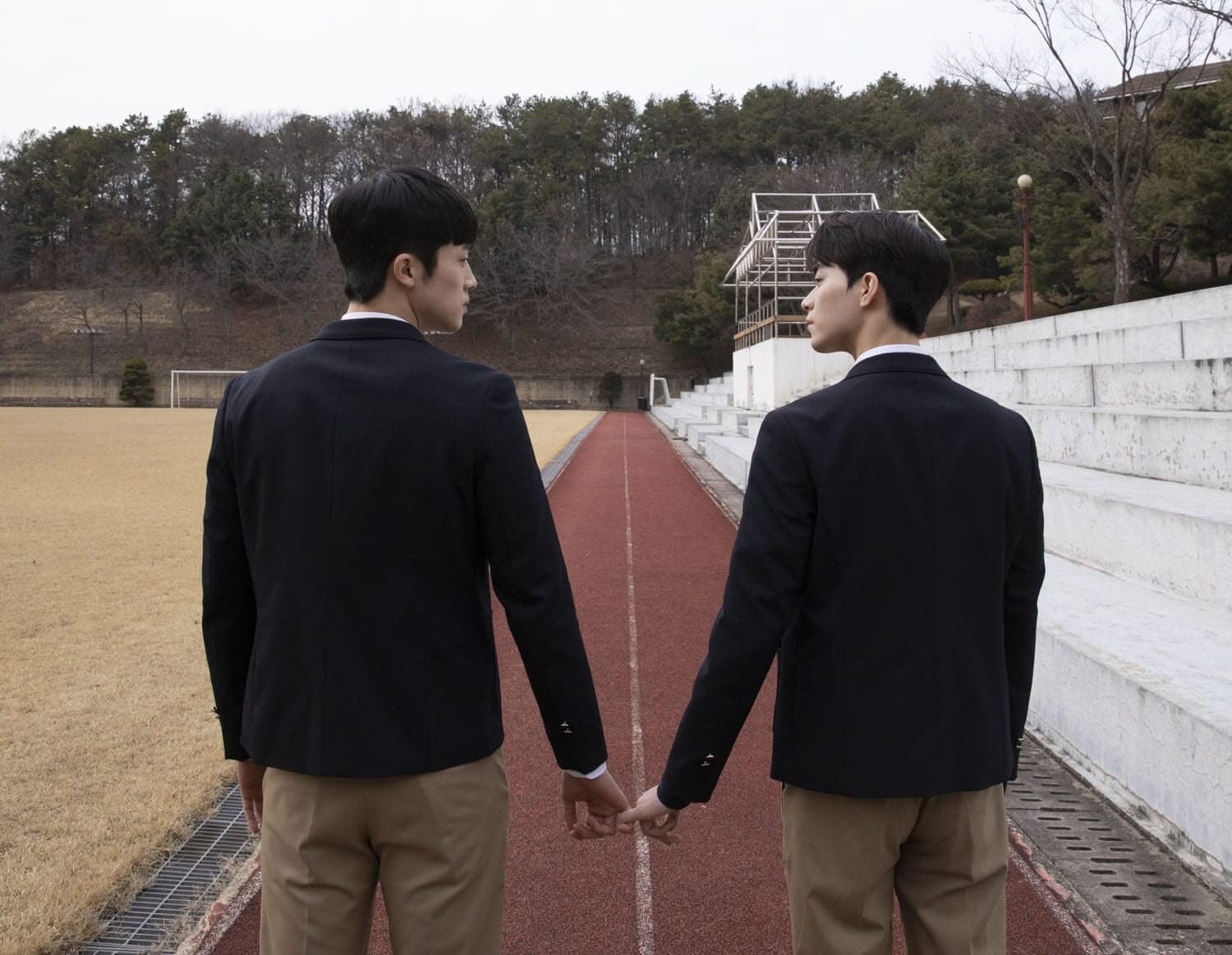 Kang Gook is clearly the more sensitive, emotional one of the two, while Tae Joo takes on a more playful role. While not exactly opposite in personality, their differing personality traits do raise some conflict in the way they both approach their developing relationship. Because of these factors, Where Your Eyes Linger serves up a solid coming of age, coming out story.

Additionally, the depiction of the love that exists between the two characters in Where Your Eyes Linger definitely seem to be a step forward for South Korea. Notorious for societal-wide homophobia, the positive depiction of the queer relationship in this show, and the widespread positive reception by audiences can only mean good things for the queer community in that country. 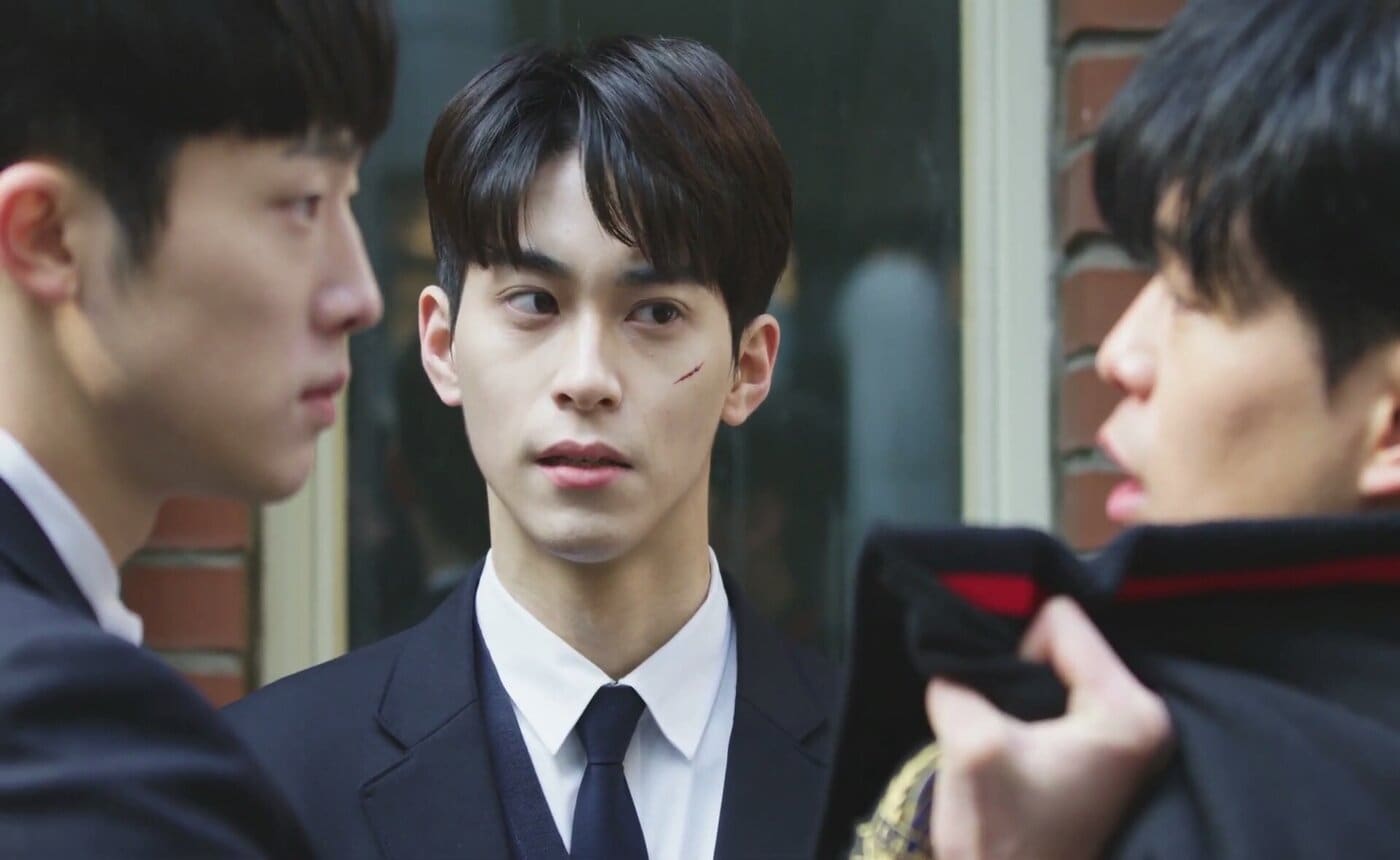 The BL industry is plagued by problematic depictions of queer relationships. Whenever a new show is released, consumers of the genre always hold their breath, wondering which problems they’ll encounter this time. Well, in a surprising turn of events, Where Your Eyes Linger is relatively unproblematic. This is not something anyone expected from South Korea.

However, in the interest of full disclosure, Where Your Eyes Linger does include several instances of violence. Never between the two boys themselves, which is so often the case in BL dramas, but from other characters trying to exert their dominance. 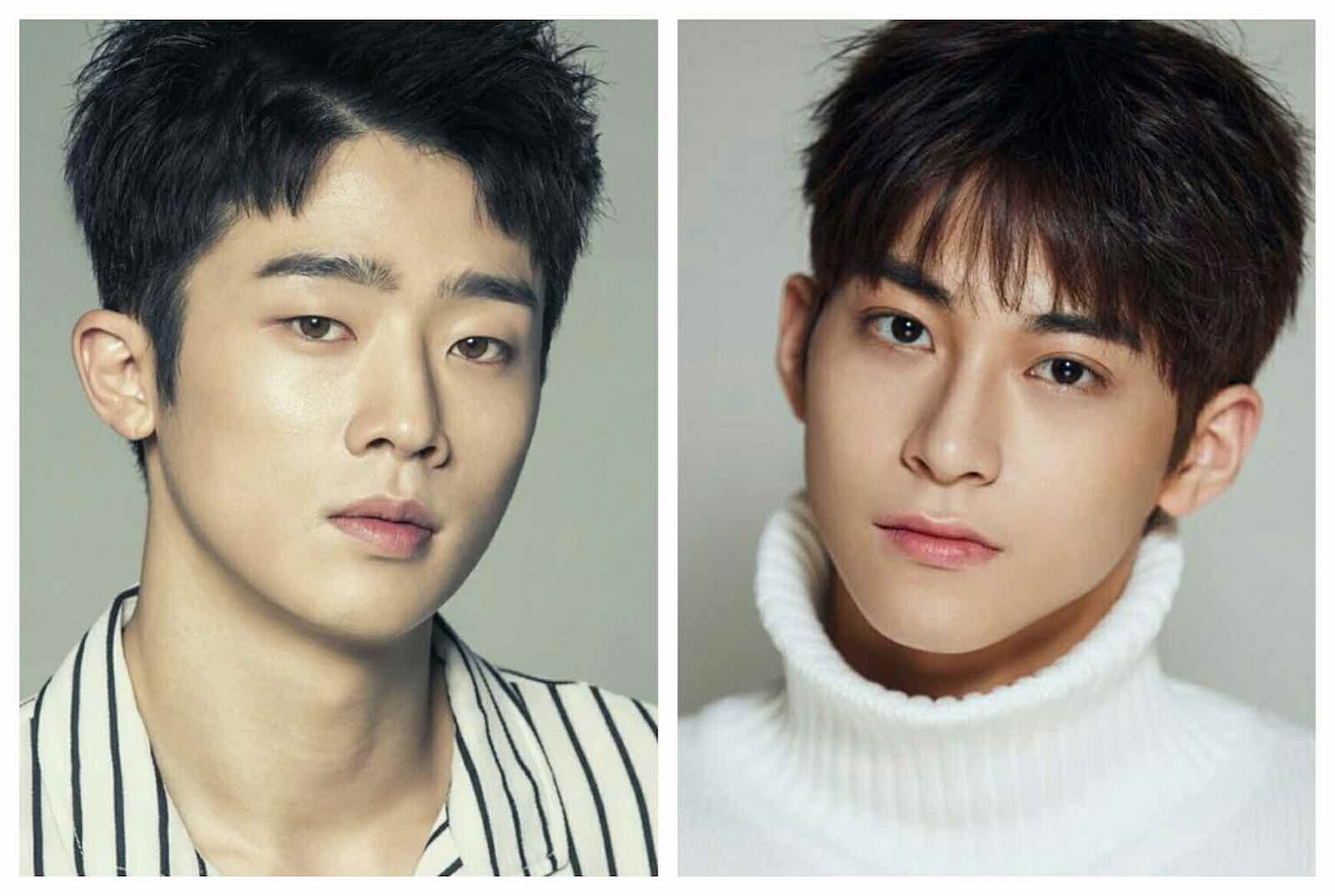 However, the difference with Where Your Eyes Linger is that the violence inflicted on the gay characters could be argued as ‘regular’ violence, rather than homophobic violence targeted towards the queer community. This really depends on one’s perspective though, as it could be argued either way. Despite this, there is very little to gripe about with this show!

Does this mean that South Korea could be trying to edge into the BL industry more permanently? No one knows yet, but consumers of BL are watching closely!