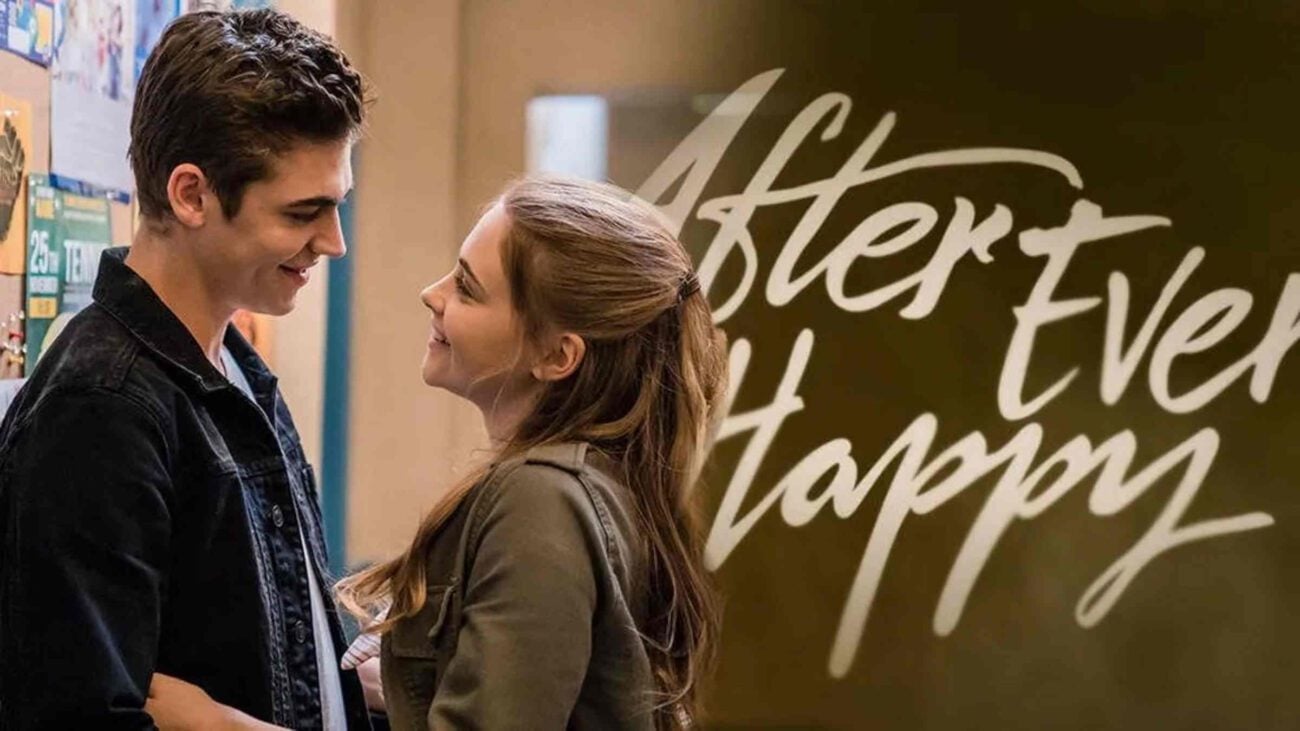 Tessa Young and Hardin Scott are back at it again in After Ever Happy, the fourth movie in the After franchise which is playing in select theaters this week.

And by “it,” we mean, of course, an explosive, unhealthy, toxic relationship. But damn if it isn’t romantic! Based on the series of romance novels by Anna Todd—which are in turn based on One Direction Wattpad fanfiction—the After series stars Josephine Langford and Hero Fiennes Tiffin as two young, star-crossed lovers whose relationship consists of fighting, making up, and having sex. In After Ever Happy, both Tessa (Langford) and Hardin (Fiennes Tiffin) will face new hardships stemming from family drama. Will they be able to find comfort in each other?

These movies may be predictable, but they’re also highly addictive. Here’s what you need to know about where to watch After Ever Happy, including when to expect After Ever Happy on streaming, and our best guess at the After 4 Netflix release date.

Here is everything you need to know about how to watch After Ever Happy.

Where to Watch After Ever Happy Online

After Ever Happy is playing in select U.S. theatres on two days only: Wednesday, September 7, and Thursday, September 8, via Fathom Events special screenings.

When Will After Ever Happy Be Streaming?

A digital release date for After Ever Happy has not yet been announced. But given the fact that the film is only in theatres for two days, we have a feeling After Ever Happy will be on VOD very soon—likely before the end of the month.

The previous film in the franchise, After We Fell, was released on VOD two-and-a-half weeks after the movie opened in theatres. Based on that timeline, we can predict that After Ever Happy will be available to purchase on digital platforms like Amazon Prime, iTunes, and more around the last week of September 2022.

How can I watch After Ever Happy online at home?

There’s a good chance you’ve had After series marathons thanks to the first three movies being on Netflix, and we don’t expect that tradition to end anytime soon.

When Will After Ever Happy on Netflix?

Is ‘After Ever Happy’ Available On Hulu?

Is ‘After Ever Happy’ available on HBO Max?