Some of the most iconic movies in history feature casinos as the main source of action, with the bright lights, loud music and swanky atmosphere of a casino generating a lot of excitement in a film. Think of all the images of lucky gamblers smiling as they rake in cash — Casino Royale comes to mind — as do more modern classics like The Hangover.

But high-stakes gaming can get weird, especially if your winning takes the table by surprise. . Curious yet? Read on to explore the weirdest winning moments of film history. If you’re interested in online slots real money no deposit

Let’s face it: Echelon Conspiracy is a weird film in general, and its winning casino scene is no normal, blissful comeuppance into cash either. The film didn’t get rave reviews, scoring only 5.8 out of 10 with critics on the mega-popular movie site IMDb. However, the film is worth a watch because of the odd casino win alone: it’s an action-packed scene, complete with international conspiracies and beautiful agents. 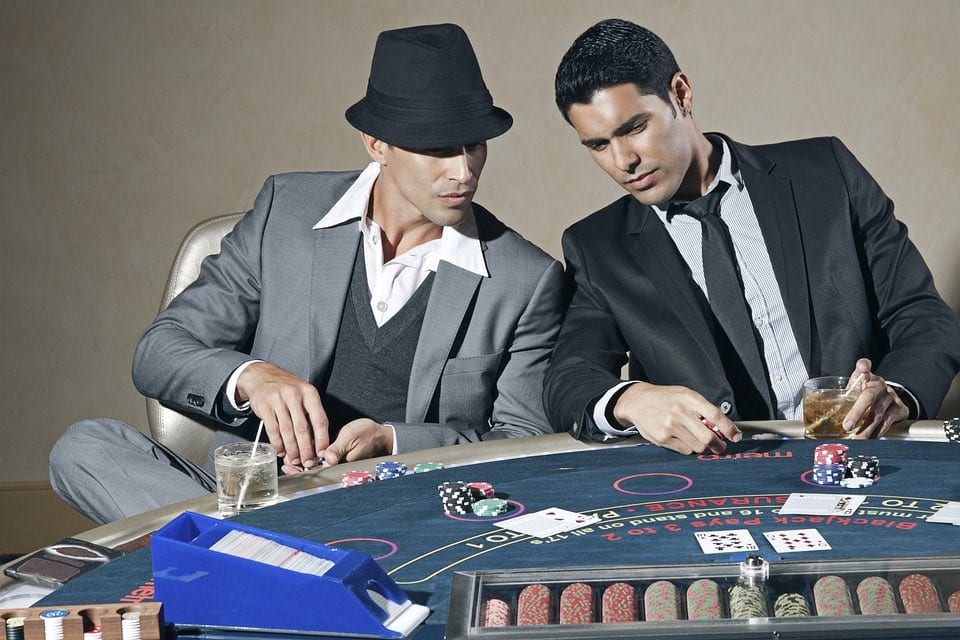 Echelon Conspiracy is full of glitz, glamor and playing cards. What more could you want in a movie?

It all begins when computer programmer Max Peterson (Shane West) receives a mysterious cell phone in the mail. The phone sends him a series of messages, which spark mysterious events. First, it directs him to miss a critical flight that crashes. Then, it encourages him to buy some sketchy stock, which grows to epic proportions. But the most exciting one of these events (at least in our opinion) is the remarkable win Max experiences at the casino.

Thanks to prompts from the phone, our hero finds himself in front of the slot machines at a hotel-casino in Prague. He ends up winning €100,000 on the slot machine — all because of the phone. However, that’s small change compared to what’s next. After collecting the money, he bets the entire lot of it on a single hand of blackjack. And he wins, of course.

More weirdness commences afterward when Max gets into a fight with a couple in a hotel hallway. After being knocked out, when he wakes up, the beautiful woman is still there, sans boyfriend. She turns out to be a secret government agent, and the two of them go on to complete the movie amid a storm of heart-stopping action. But our minds linger on that one outrageous winning scene.

Ashton Kutcher and Cameron Diaz are up to their usual shenanigans in this motion picture where the unlikely couple meets and marry in sunny Las Vegas. Though this movie might not be one of the greatest gambling films in history, it has its place in the unlikely jackpot hall of fame. 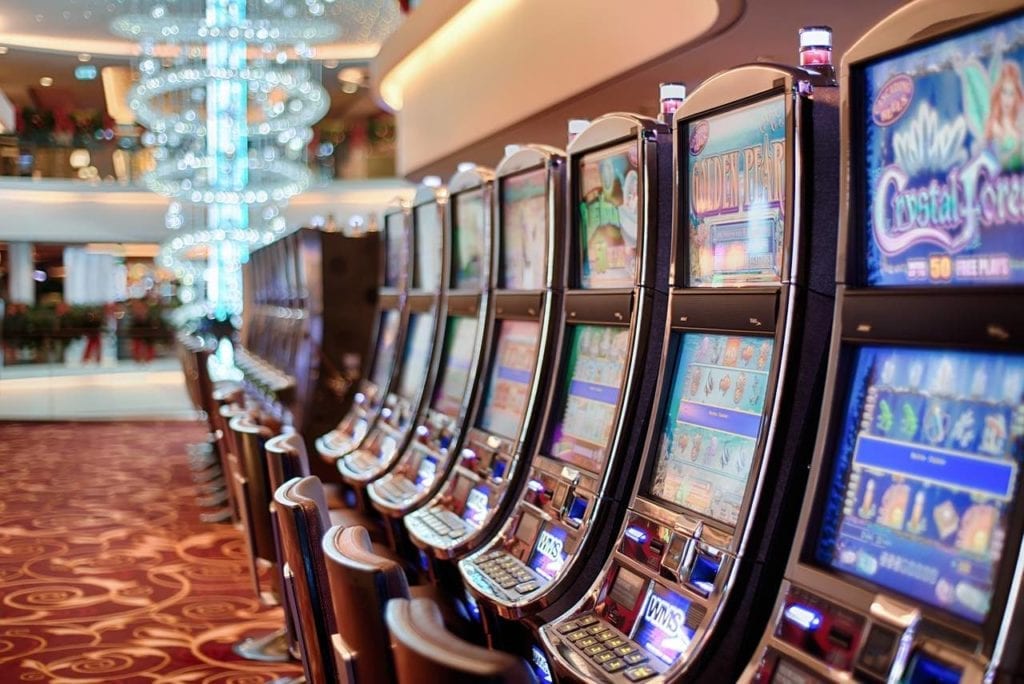 The slot machines held lots of luck for Jack and Joy, but you have to watch the movie to see if that luck lasted after they left the casino

After a by-chance encounter at the hotel, they begin to party in real Vegas fashion. That leads to much debauchery and culminates in a boozy wedding of epic proportions. Once they awaken and realize their predicament, Jack (Kutcher) and Joy (Diaz) decide to do the logical thing and get a divorce.

However, fate has other plans. Winning plans, indeed. As the couple walks away from each other, Jack happens to try a quarter in the slot machine. And by chance, he wins $3 million on that single spin.

Weird enough for you? Trust us – it gets weirder. The enterprising Joy quickly realizes she’s entitled to half the money, and the fight begins to stake claims on the cash. The “couple” soon finds many diabolical ways to trick each other into forfeiting the money, leading to hilarious results. Who will win? You must see it to believe it.

Run Lola Run is not a casino film at all, much less your typical Las Vegas-themed thrill ride. It’s a daring production centering on our star Lola (Franka Potente) as she races against the clock to save her boyfriend from certain death at the hands of his thug employers. To do that, she desperately needs 100,000 deutschmarks.

Stylistically, the movie focuses on three different possible scenarios wherein Lola attempts to secure the cash. In the weirdest of them all, she enters a casino. She’s bedraggled, dirty and desperate, but she does manage to get her hands on a chip. She places her bet, much to the chagrin of the pit boss and the disgust of the other players.

Weirdly enough, she wins. The best part in the whole movie happens in this scene where she lets out a bloodcurdling screech loud enough to shatter glass. It goes on for what seems like hours as the wheel spins slower and slower, finally coming to rest on her winning number. We won’t spoil the ending for you, as the film is worth a watch – especially because of the win.

Want a weird win moment? Here’s how to make it happen

You’re probably wondering how you can go about creating a weird win. It is possible, but two things are for sure: the first is that to win, you must put yourself out there and play. The second is that nothing is guaranteed, so you might not want to head off to Prague and count on a €100,000 win to pay your hotel bill as Max did.

However, you can take the trip. You don’t have to go to Prague, either. You could draw inspiration from What Happens in Vegas and join the throngs of people who visit the city every year. You won’t be lonely, either — records show that 39 million people visited the city in 2017, and the casino is always one of the top destinations for tourists hoping to end up like Jack and Joy.

If you’re a fan of Lola, you can head off to Berlin where they filmed the movie. Here you can meander through the city streets before wandering into a casino and heading for the roulette table. Whichever destination you choose, it is sure to be worth it. Casinos are an excellent place to have fun with friends, people-watch and lay some money on the line in hopes of a stroke of luck. 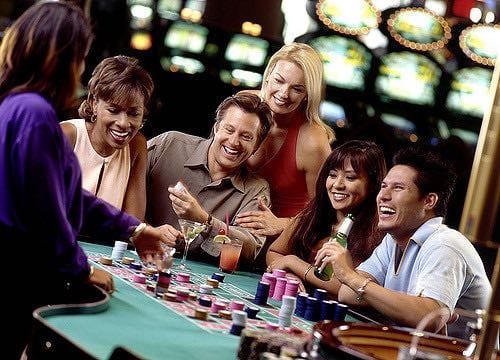 Though you might not win millions, heading out for a night at the casino with friends can be rewarding and fun.

Of course, you might not have time or money to visit Vegas to have an Ashton Kutcher moment with the one-armed bandit. But you could attempt that recreation right at home with some of the best online slots on the internet — indeed, it might be better that way.

Playing slots online not only gives you the freedom to play from anywhere but it also allows you the opportunity to choose from a broad variety of games that you won’t find in any land-based casino. Theoretically, you could choose any game you like: Lola’s roulette, Max’s blackjack or Jack’s slot machine. The world is your oyster.

So, now that you know how weird the world of casino wins can get, it’s time to dive right in yourself. Check out some of these movies to revel in the hilarious, heart-stopping and sometimes, poignant aspects of casino wins. Then, you can try your hand at the games.

For latest Casino related games that are about films visit https://nektan.casino for daily updates.