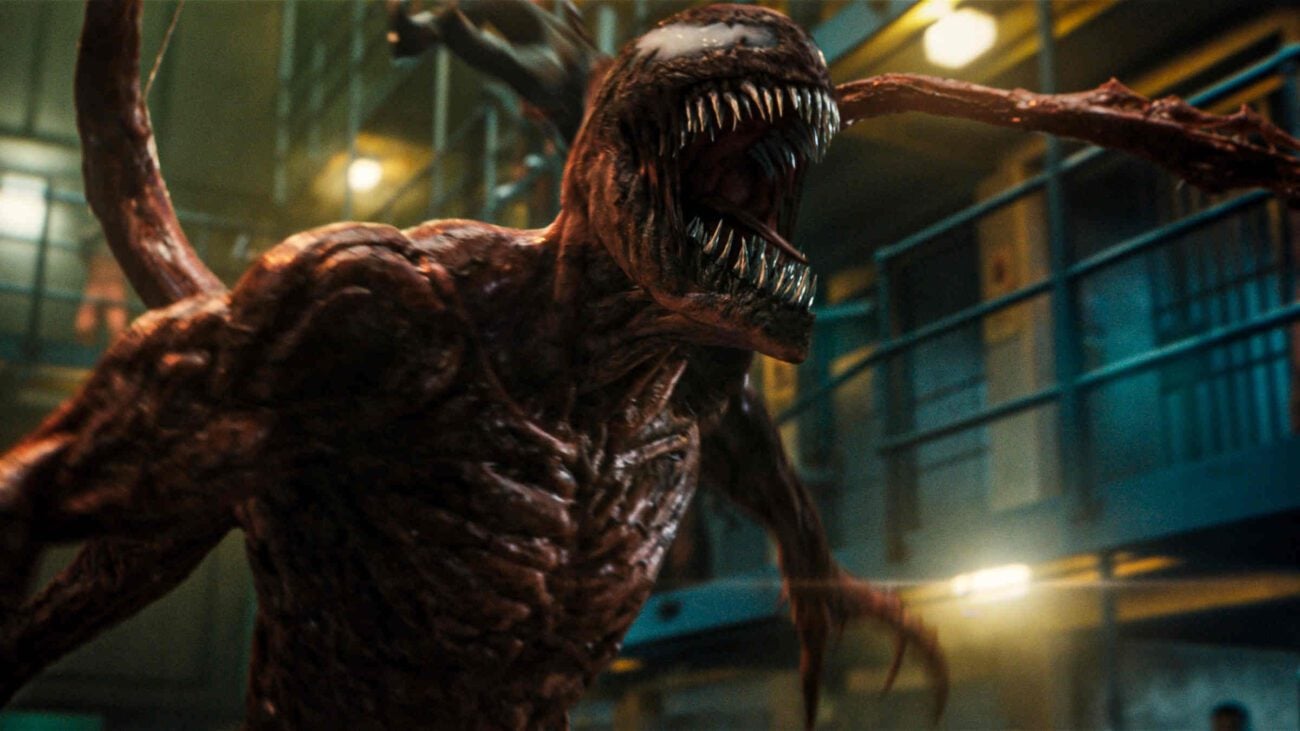 Tom Hardy returns in Venom: Let There Be Carnage as the host for symbiote Venom –  this time alongside Woody Harrelson. Harrelson’s character, Cletus Kasady, becomes the host for Carnage while Eddie Brock (Tom Hardy) gets into a physical altercation with Venom and they go their separate ways. With hosts & symbiotes running around, it’s hard not to want to watch this highly anticipated sequel.

The first Venom grossed $856 million at the worldwide box office and Sony Pictures quickly put into motion plans for a sequel. The digital release of Venom: Let There Be Carnage was released on November 23rd. Watch Venom 2 online for free on 123movies & Reddit OR you can pay to watch the movie on Amazon Prime, Vudu & Apple TV. 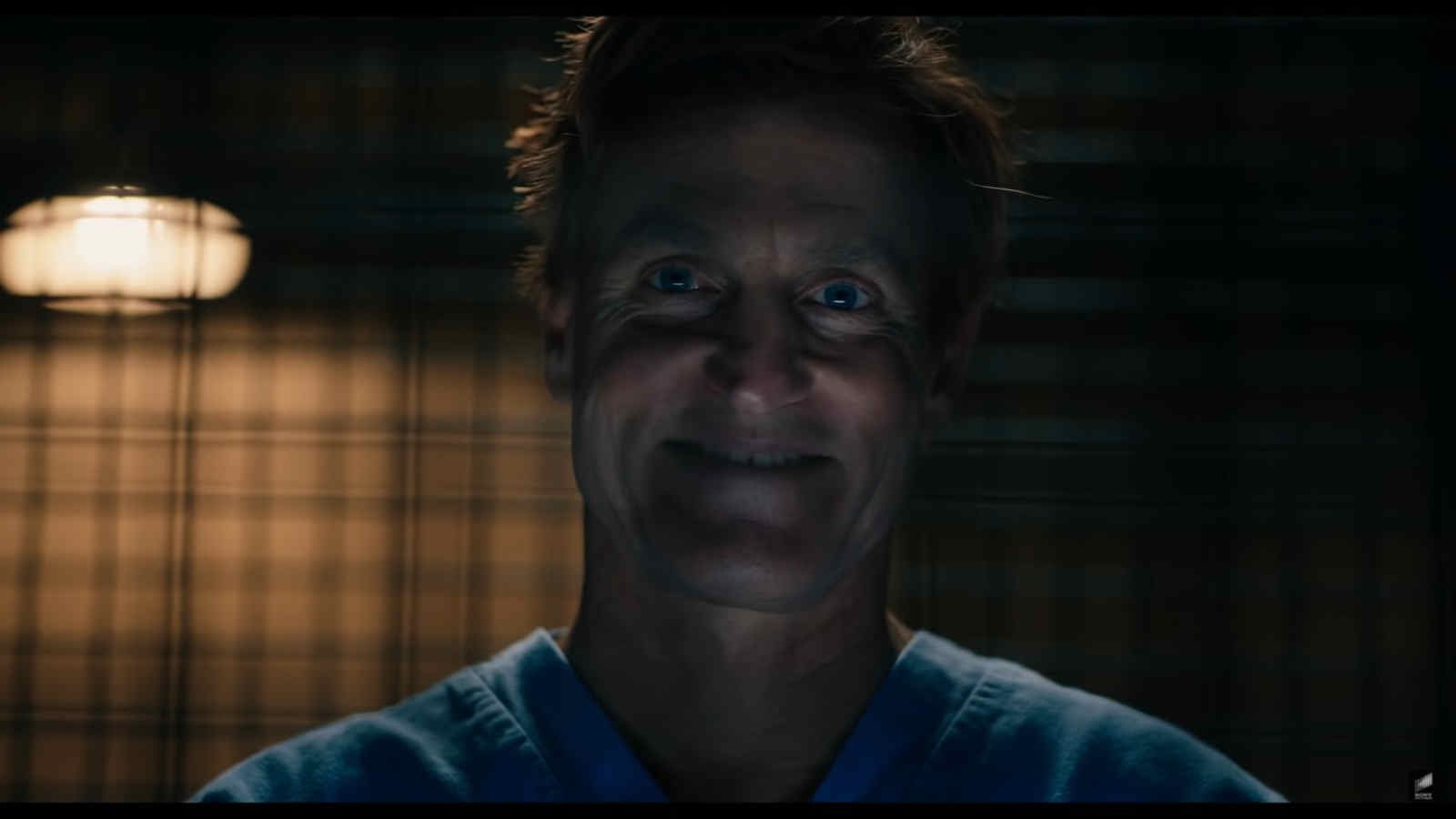 When you decide to watch Venom 2 online for free, here’s what to expect: love, friendship, and MCU action. The movie starts off with Eddie Brock still struggling to coexist with the shape-shifting extraterrestrial, Venom.

Cletus Kasady is in the San Quentin State Prison when he asks journalist Eddie Brock to interview him for a story. Kasady has committed many murders (including the murders of his family members) and Eddie hopes that this exclusive interview will put his career back on track.

According to the Movie Spoiler, “Venom tells Eddie to take a closer look into Cletus’s cell. Back at the apartment, Venom memorizes the drawings and carvings on the walls in Cletus’s cell, which he determines is a clue to where the bodies of his victims are buried.” 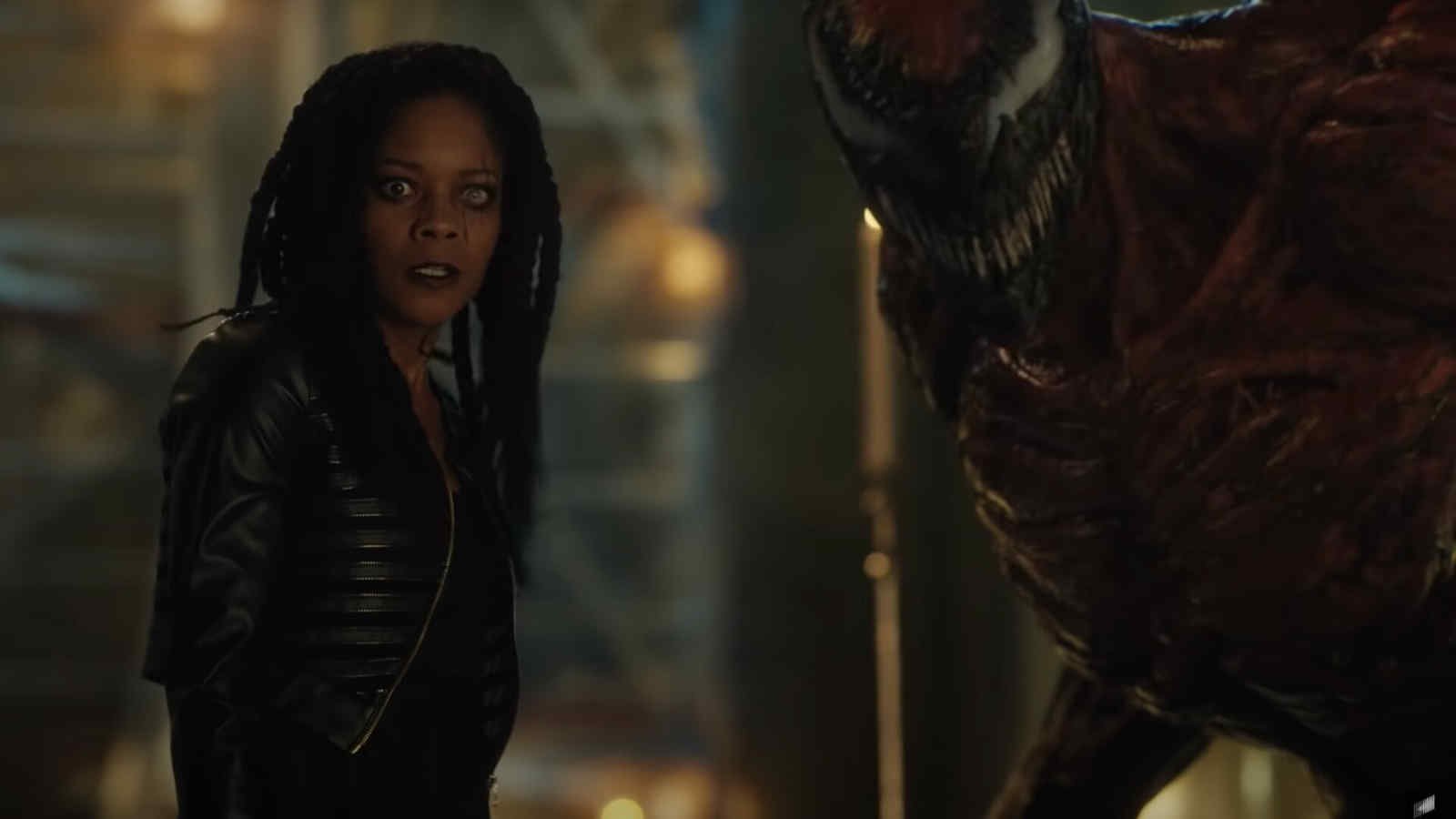 Kasady then becomes the first host of Carnage and sabotages his lethal injection execution – creating mayhem. This is when the action begins, leaving Brock & Venom to put aside their differences to stop his reign of terror. 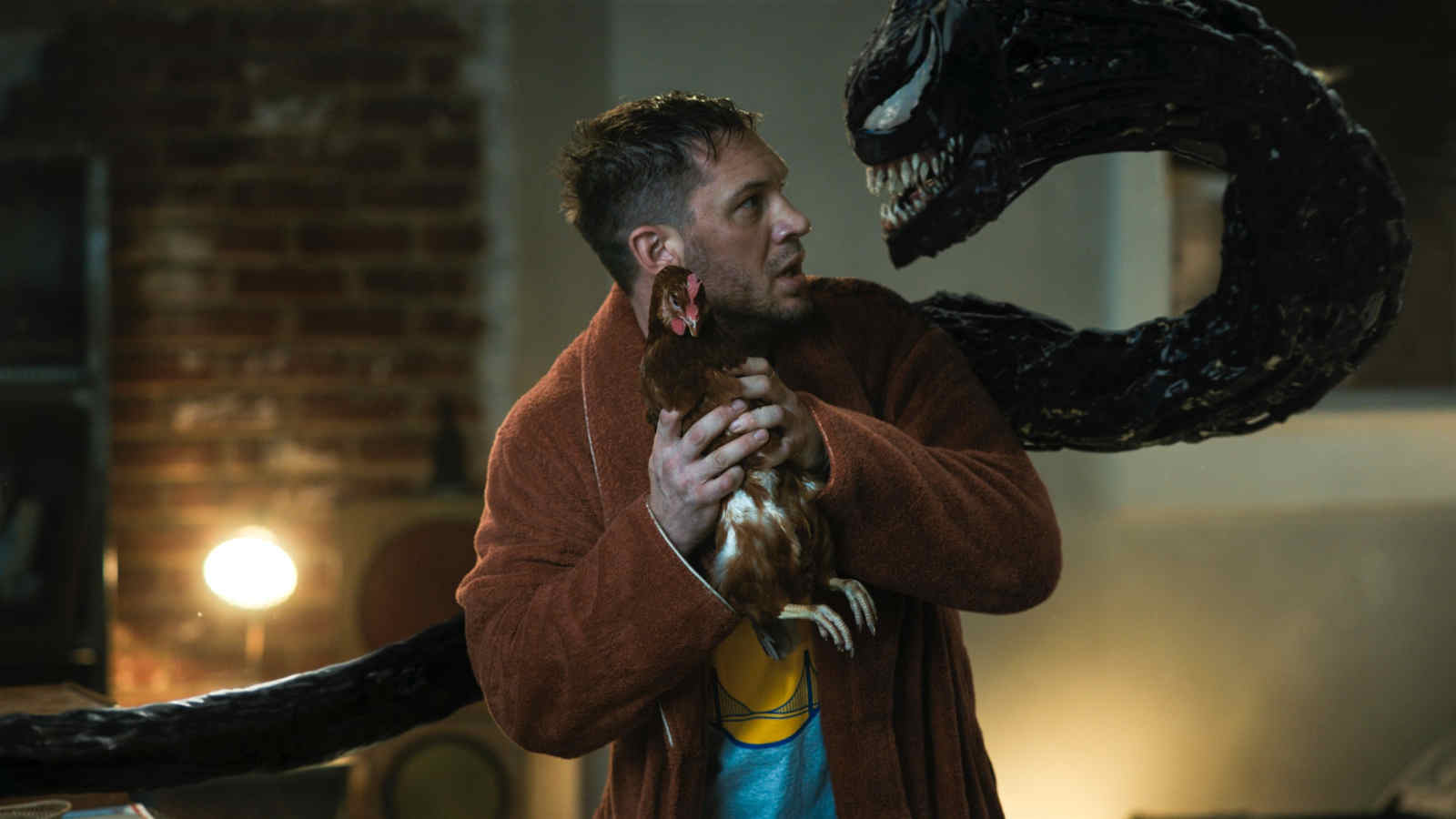 The sequel, which was directed by Lord of the Rings star Andy Serkis, is the follow-up to the 2018 film starring Tom Hardy in the titular role. The sequel dives into Venom & Eddie’s relationship – bringing up themes of belonging, home, and friendship.

In an interview with Screen Rant, Tom Hardy explained that Venom: Let There Be Carnage is actually a love story. He emphasized the relationship between Eddie & Venom as a special bond. He makes an inference that “a buddy romance” or “odd couple” dynamic has become the undertone of the movie – like Thelma &  Louise.

Hardy also reveals that it was his idea to bring Andy Serkis in as a director stating that in addition to his impressive resume, “I really really like him, he’s a cool guy.” During the making of the movie, both Serkis & Hardy kept in mind the possible making of more sequels – hoping to continue the story. 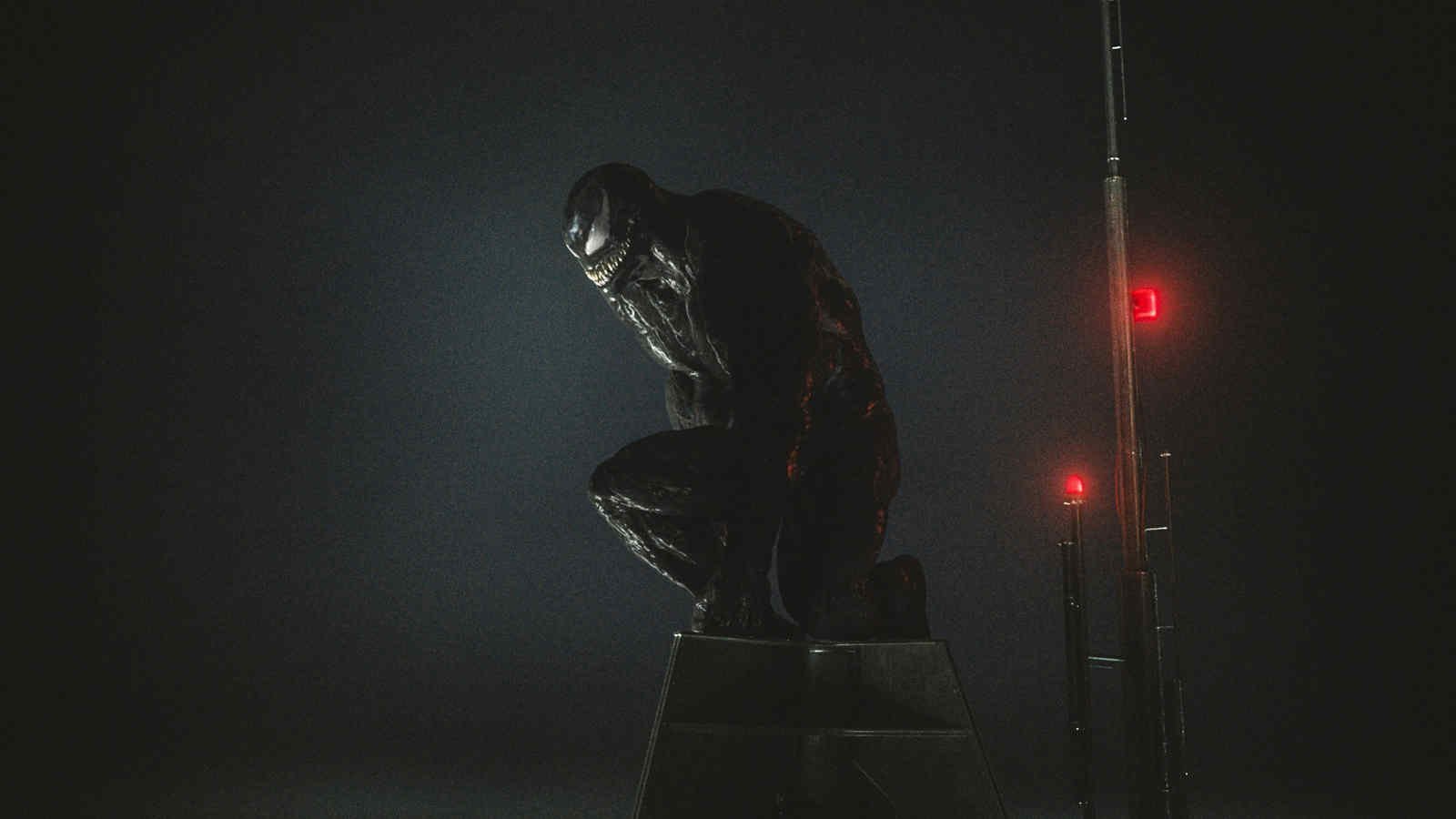 If your preference is to watch Venom 2 on the big screen then you’re in luck. After many, many release date delays and re-shuffles due to pandemic restrictions, Venom: Let There Be Carnage was released in theaters on October 15th, 2021. The movie is still presenting showtimes in local theaters. Another option would be to watch Venom 2 online for free or buy it on Blu-Ray & DVD.

The home edition of the movie is filled with over an hour of bonus material including six deleted scenes, easter eggs, outtakes, bloopers, special features, and more!

Pocket Lint says, “The sequel notably has an end-credits scene, too, which confirms the Venom movies (SPOILER ALERT) also takes place in the Marvel Cinematic Universe. The scene shows Tom Holland’s Spider-Man on a TV screen after his identity is revealed at the end of Spider-Man: Far From Home.”

Not only is Venom: Let There Be Carnage fun and entertaining, expect heartfelt moments as well. Sign up for hd4k.stream and watch Venom 2 online for free. It’s also available to stream on 123movies & Reddit OR pay to watch the movie on Amazon Prime, Vudu  & Apple TV.