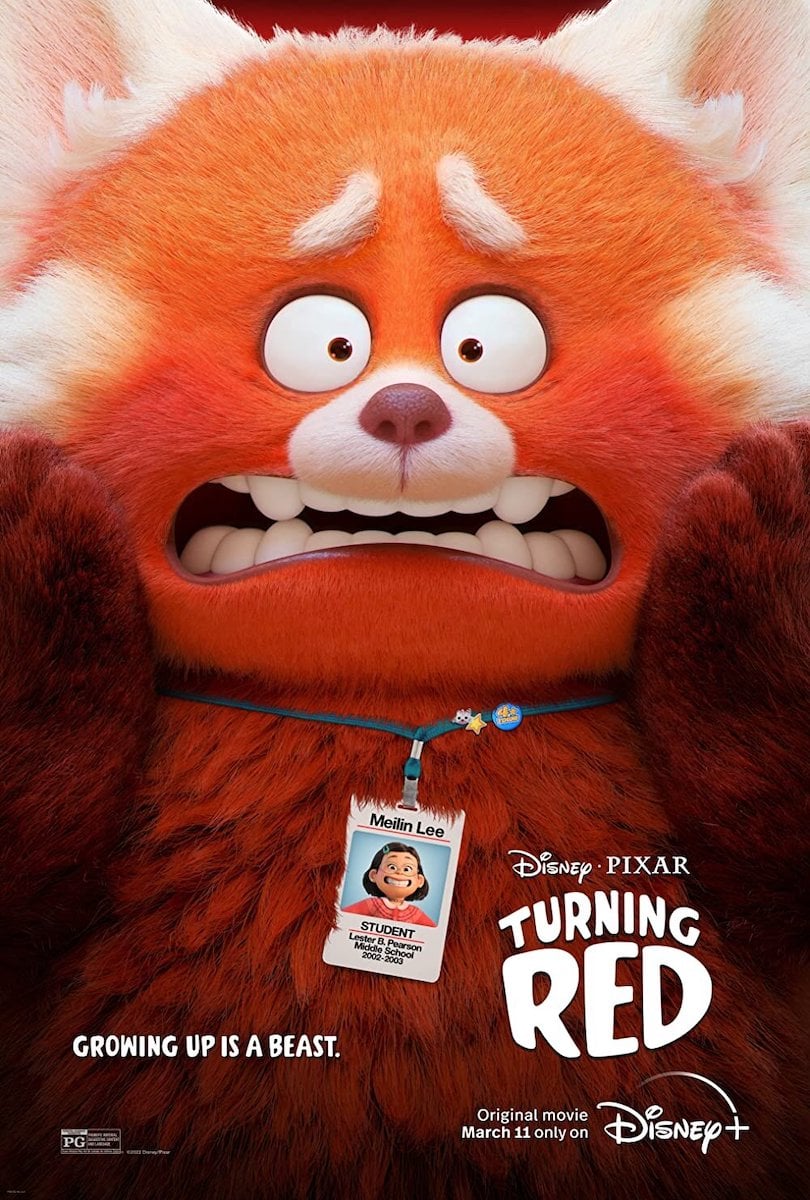 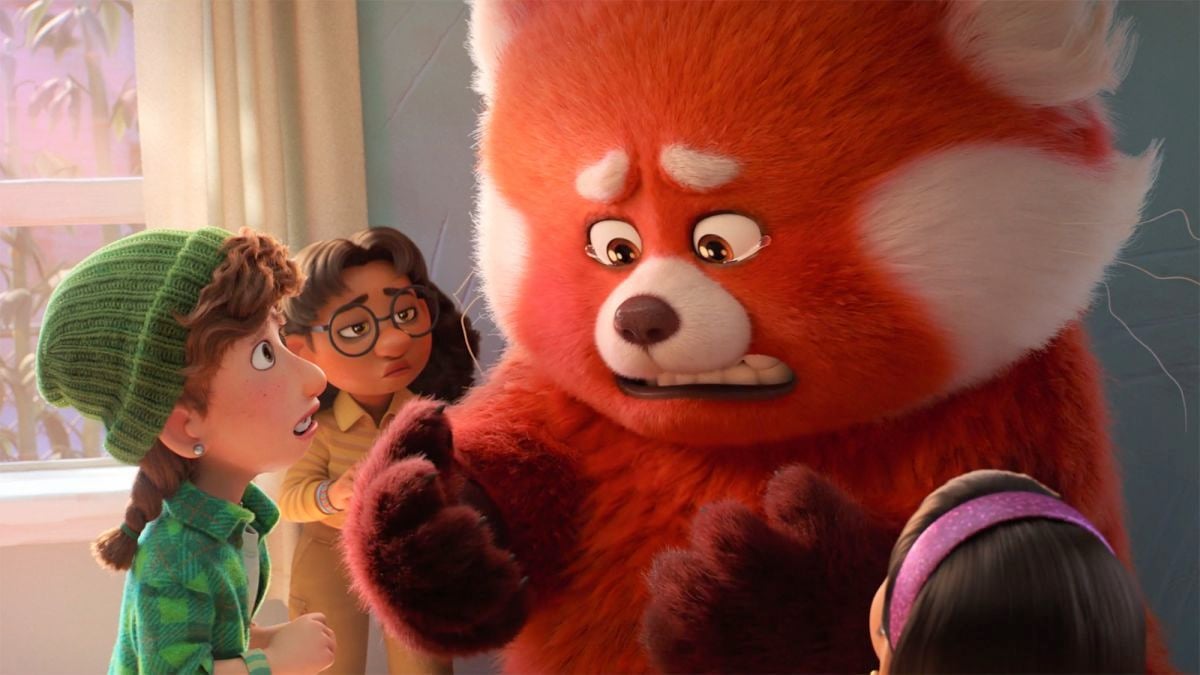 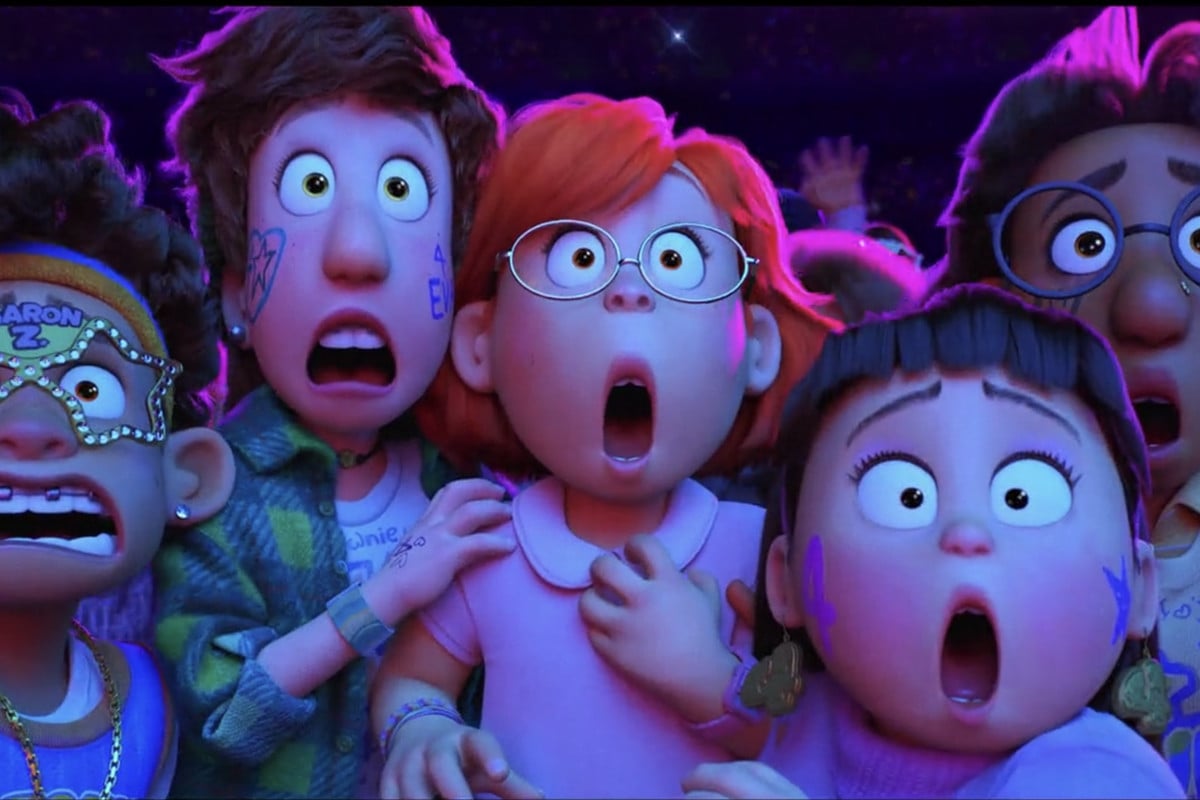 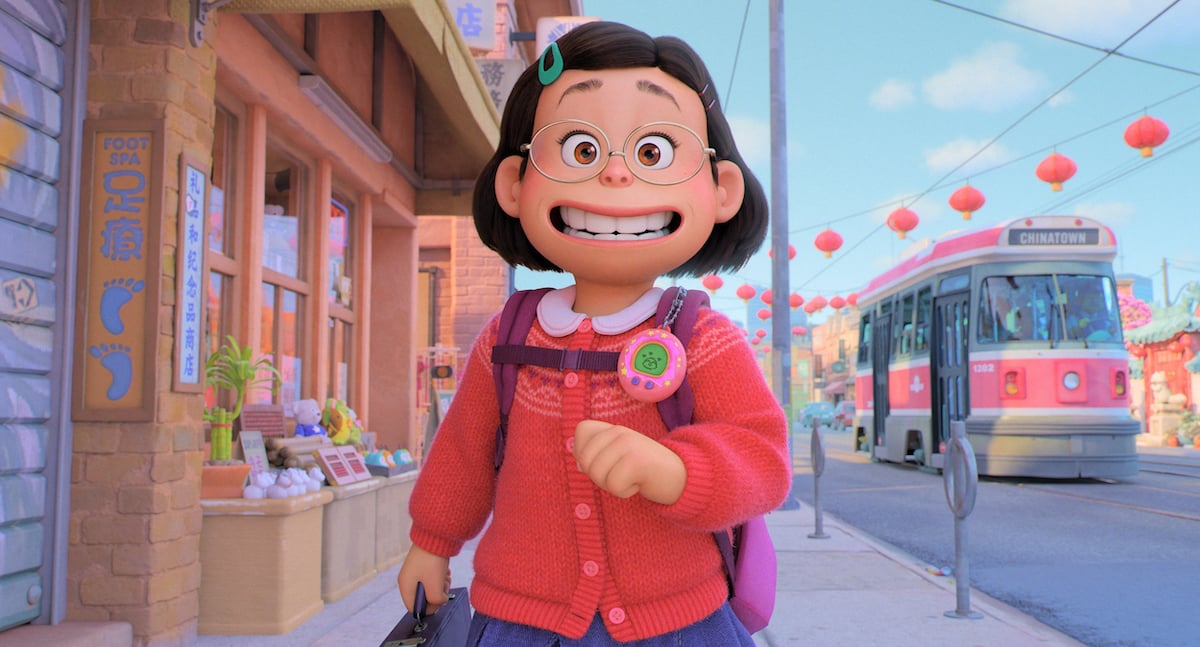 The voice cast of Turning Red features a newcomer in the lead role: Rosalie Chiang as Meilin “Mei” Lee, a 13-year-old Chinese-Canadian teen. She is joined by:

One morning, when Meilin Lee woke from troubled dreams, she found herself transformed in her bed into a horrible vermin.

Thankfully, Meilin (Rosalie Chiang) doesn’t turn into an insect like Gregor Samsa, the protagonist of Franz Kafka’s “The Metamorphosis,” but rather, takes the form of an oversized fluffy red panda. Meilin is as shocked and horrified as Samsa himself, but thankfully, “Turning Red” is so fun and exuberant that one couldn’t possibly refer to it as “Kafkaesque.”

The utterly charming and insightful “Turning Red,” directed by Domee Shi, written by Shi and Julia Cho is a story that is highly, and unapologetically specific, but universal in its themes. Mei is a 13-year-old Chinese Canadian girl trying to navigate the turbulent waters of eighth grade in the early 2000s. At school, she’s buoyed by her trio of best friends, and their shared passion for the boy band 4*Town, but at home, working at her family’s temple, trying to please her discerning mother Ming (Sanda Oh), Mei is not the sassy, self-possessed girl whose friends love her unconditionally.

“Turning Red” is a tale about learning to be yourself, and all the growing pains that go along with it, a process that’s hard enough without the unique trait passed down to all the women in Mei’s family. Meilin’s blessing (and curse) is a mystical gift from her warrior woman ancestor Sun Yi, who channeled the spirit of the red panda spirit to protect her family and village. Suddenly granted this “gift,” Meilin finds that whenever her emotions get out of control (a frequent occurrence for this hyped-up and hormonal tween), she transforms into the red panda. This metamorphosis is triggered by that all-powerful force known as matriarchal mortification, or in layman’s terms, an embarrassing mom. The title “Turning Red,” is a clever double-entendre for the female coming-of-age metaphor at the center of the film, as well as a nod to Chinese culture.

As her family races to remedy the panda problem with an ancient ritual, the situation threatens Mei’s chance to see 4*Town in concert, and she’s forced to reckon with the way she’s compartmentalized herself between school and home.

This fantastical, fantastic film is stylistically inspired by anime and ‘90s teen sitcoms, and draws from a wealth of references including Hayao Miyazaki, monster movies, “Degrassi” and nostalgic pop cultural ephemera. It is energetic to the point of being hyperactive, dense with jokes and character moments, and like most recent Disney/Pixar films, bolstered with (actually useful) therapy-sanctioned lessons about psychology, families and self-esteem that just might hit home for the adults in the room. This is a film about a teenage girl turning into a panda, but it’s truly a film about listening to your inner child, parenting your parents and healing ancestral trauma. All that in only 100 minutes.

There’s something so joyful about the way Mei embraces the panda that she is, expressing her emotions freely, and the way that expression brings her closer and closer to who she is meant to be. It’s a whirlwind roller-coaster of a ride to get there, and an absolute joy to watch. 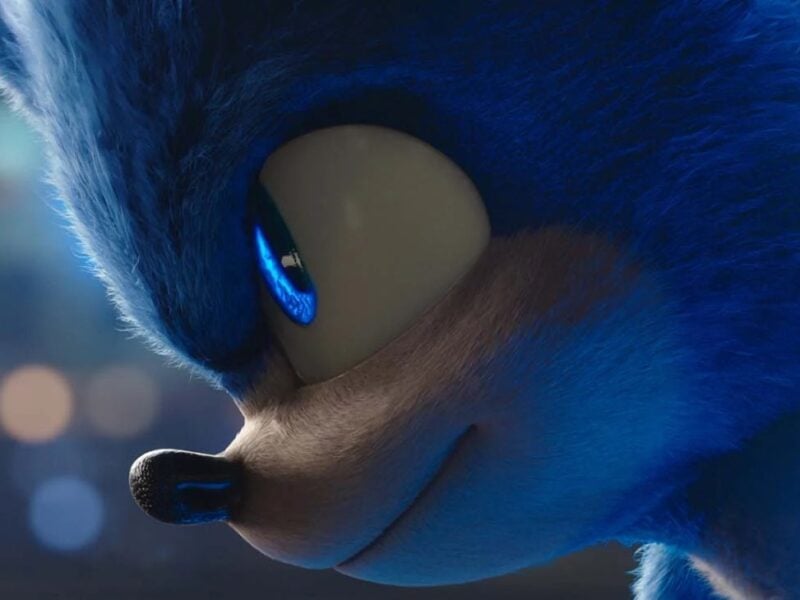 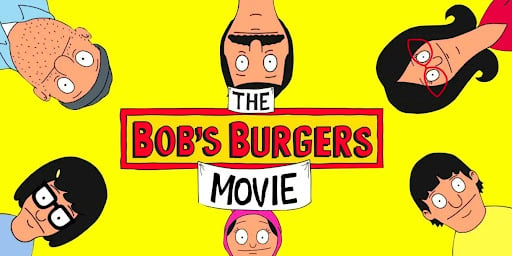