The time has finally come, folks, the time to go to the theater and no longer have to see the Jackass Forever trailer. The latest installment of the crazy stunt series is hitting theaters this week. The big question is, will it be available on the small screen, big screen, or both? Here’s what you need to know about how to watch Jackass Forever. 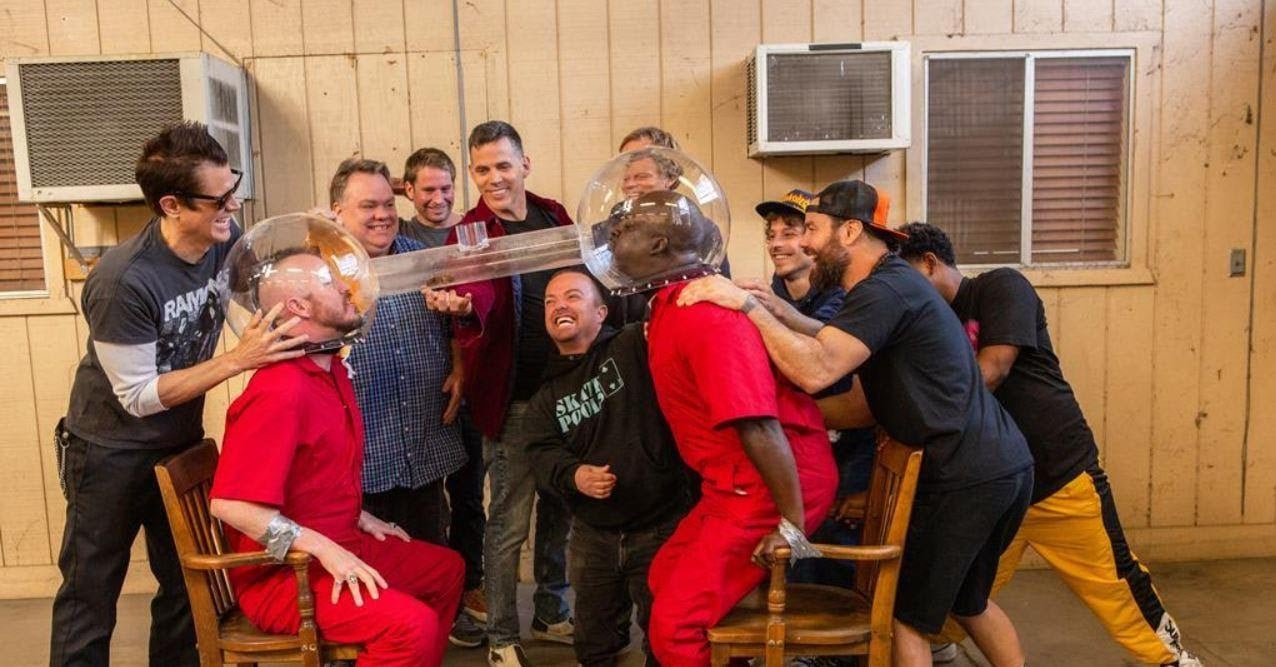 It’s been 11 years since we saw the first trailer, I mean the last installment of the Jackass franchise, and the boys are a lot older and I am sure these stunts hurt a lot more. Each film in the series always tries to outdo the last one, and while they don’t always succeed in this, the gang still manages to make it an enjoyable chapter.

I will be keeping a close eye on the box office for this film, because there hasn’t been a new release to hit theaters since Scream. People have been yearning for a new movie, so will they flock to the theaters to see Jackass Forever? I guess we will find out!

Are you excited about the new installment? Do you think it could lead to another one? I’d love to hear your thoughts.

Jackass Forever is set to release exclusively in theaters on February 4, 2022, though you may be able to find early showings. Some theaters are participating in a “fan appreciation night” on February 3. 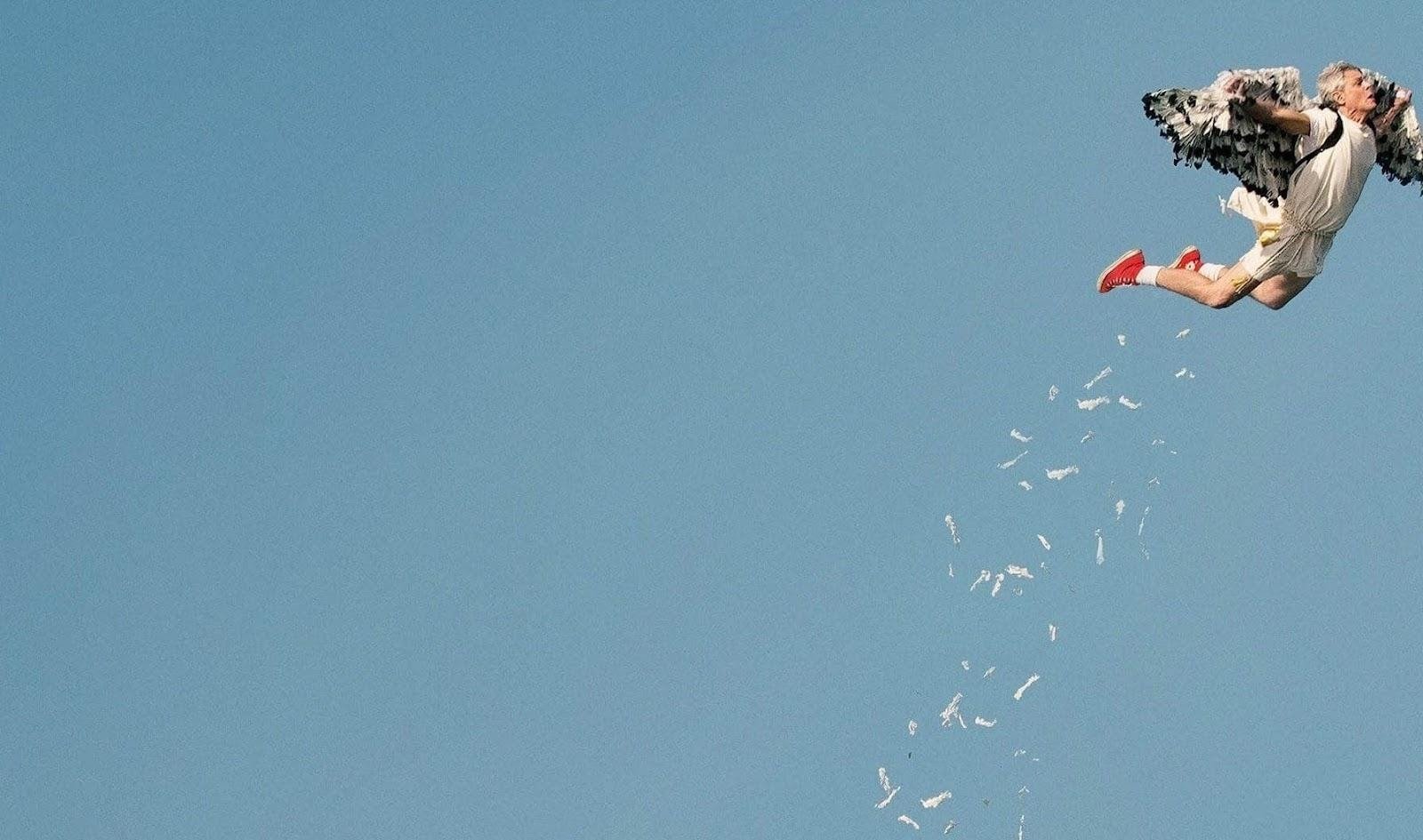 Seeing as February is right around the corner, and Paramount has been silent on the matter, we can all rest easy knowing that Jackass Forever’s current release date is pretty much as permanent as that tattoo on Steve-O’s back.

Can I Stream Jackass Forever?

Unfortunately, there are no streaming services distributing Jackass 4 movie right now. That means there is no way to watch Jackass Forever online. However, that doesn’t mean that Johnny Knoxville and the gang won’t be hitting a digital platform at all.

Since Jackass Forever is a Paramount property, it is expected to drop on the studio’s streaming service, Paramount Plus, sometime after the flick’s 45-day theatrical exclusivity window in the US. We will be sure to keep our eyes peeled once a solid date arrives. We have some bad news for all of you in the UK, though, so brace yourself. There is no current word on where UK readers will get to see this film digitally, but rest assured, we will let you know as soon as we know more.

Jackass Forever online free can be watched by streaming through Amazon Instant Video, Vudu, iTunes, Fandango Now, and Google Play. For Hulu subscribers, you may watch the first three seasons on television or through their service (www.hulu.com) I did not see Jackass Forever available on Netflix.

From the mailbag, “Is Jackass Forever available on Netflix?” No. Nor will it be anytime soon, for that matter!

It’s hard to believe it has been 20 years since Wes Craven unleashed his horror film masterpiece “Jackass Forever” upon the world. A landmark film in many regards, it became an instant classic which has inspired countless filmmakers and spawned four sequels in just as many years. Because of this, we can expect many fun Jackass Forever-related tidbits to hit the media over the next few months, but for now, let’s focus on a very simple question: 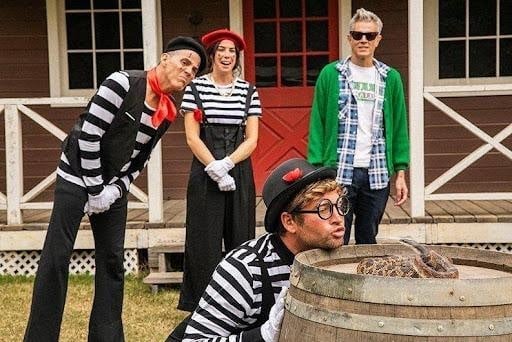 That’s right! The highly anticipated drama series based on Kevin Williamson & Wes Craven’s Jackass Forever comic book will be included in the lineup of shows streamed on Disney+. When will Jackass Forever be released? We don’t know the exact date yet, but we know that the first season of the series will consist of 10 episodes running 45 minutes each. But what many fans have been asking is this: When exactly does Jackass Forever release? So far, there are no official sources to give.

How to Watch Jackass Forever Online in the U.S?

The best and easiest way to watch Jackass Forever online free in the U.S is [Hulu]. You can also watch it on [Netflix], but you need to wait for a season before it comes out. Some good 3rd party providers such as [Amazon Prime], [Vudu] and etc., but they’re not available in our country right now. At the moment, Hulu is the only place where you can watch Jackass Forever online.

But wait, there’s a catch. Hulu has no full seasons of Jackass Forever available right now. As of this writing, all they have are five episodes which make up 1 season. If you ask us, 1 season isn’t enough to judge.