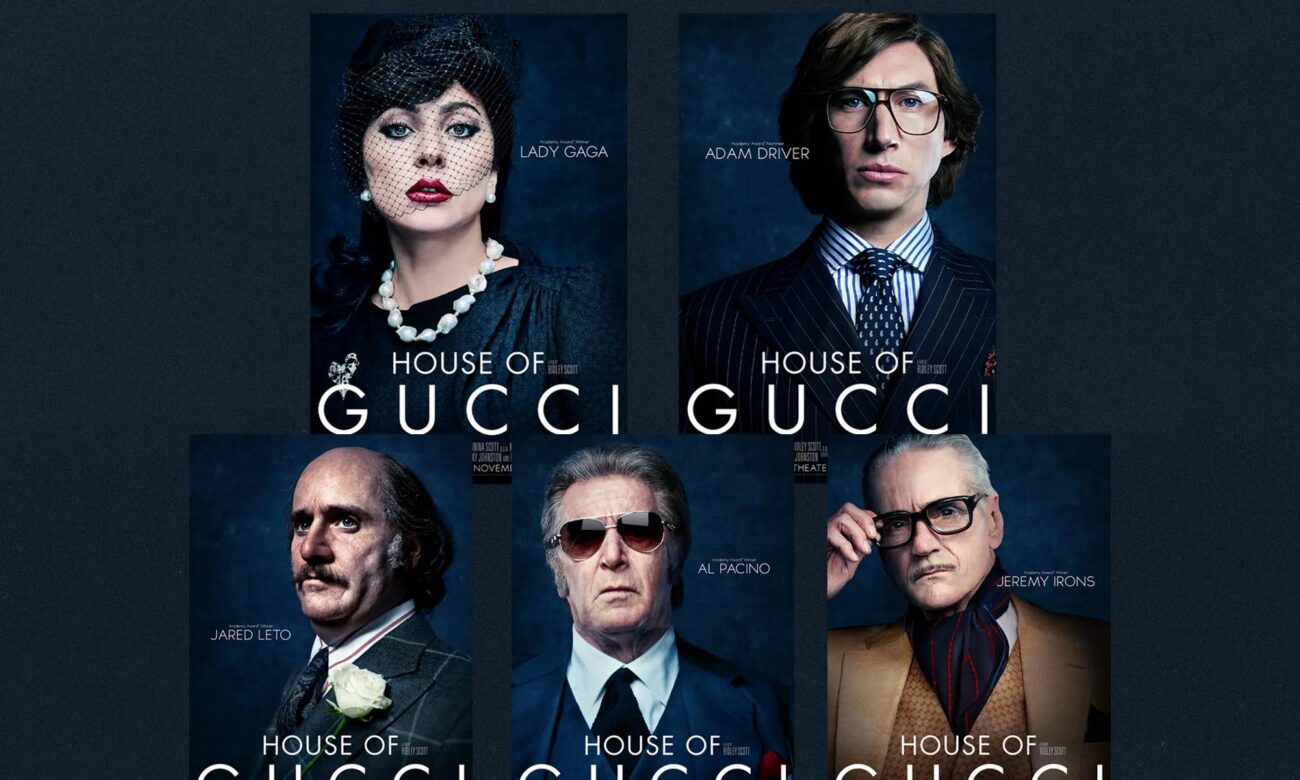 And the film is striking up interest for all kinds of reasons, from initial blowback from the Gucci family themselves to another buzzy award-contending performance from Gaga in her sophomore acting role. That’s not to mention the wild prosthetics they put on Jared Leto, or the fact that this is the second 2021 movie for Scott; an impressive feat for any filmmaker, let alone an 83-year-old director working through a pandemic, delivering two R-rated dramas in a year where catching theatrical foothold is more challenging than ever.

It’s a fascinating film! Which means you’re probably going to want to watch it as soon as possible. So we’ve put together a handy guide to all the House of Gucci release dates you need to know, where it will eventually land on streaming, and more. 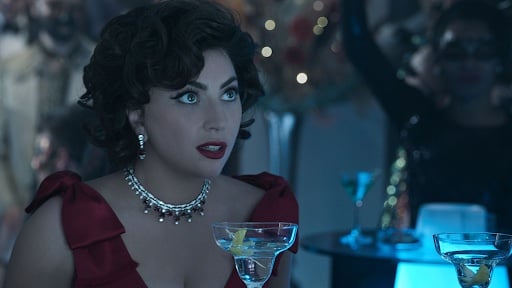 When Is House of Gucci in Theaters?

House of Gucci releases exclusively in theaters on November 24 in the U.S., just in time for the Thanksgiving holiday. The film is heading into 3,477 nationwide, and on track for an impressive pandemic-era opening weekend at the box office, with $1.3 million in Tuesday previews and a projected $15-20 million opening weekend.

And unlike most of the big movie release dates in 2021, House of Gucci didn’t have to wait through a bunch of pandemic release date delays, to the contrary, Ridley Scott’s fashion biopic raced into theaters. Filming for House of Gucci only began in February 2021, concluded in May, and now, just a few months later, the movie is already in theaters! 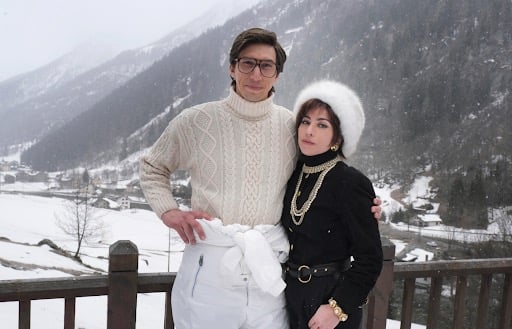 Is House of Gucci Streaming Online?

No, not yet. United Artists and MGM are releasing House of Gucci exclusively in theaters, which means the film will not be available to watch on streaming day-and-date of the theatrical release. Heck, the cast even did a whole dang PSA about how House of Gucci is meant to be seen in theaters.

But it can’t stay in theaters forever, and we do know where it will eventually make its streaming debut – as an MGM-produced film, House of Gucci will first be available to stream on Epix sometime after the 45-day theatrical window. House of Gucci will stream exclusively on Epix for the 90-day first pay-TV window

After that, House of Gucci will move to Paramount+. The ViacomCBS streamer expanded a deal with Epix back in February, with streaming titles that included House of Gucci, No Time to Die, and the upcoming Creed III. 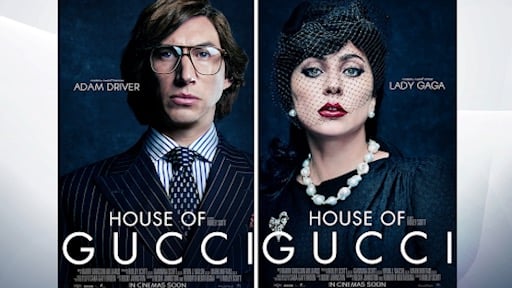 Will “House of Gucci” Be Available For Streaming?

“House of Gucci” will launch exclusively in theaters on Nov. 24. It will not be available for streaming on its release date. 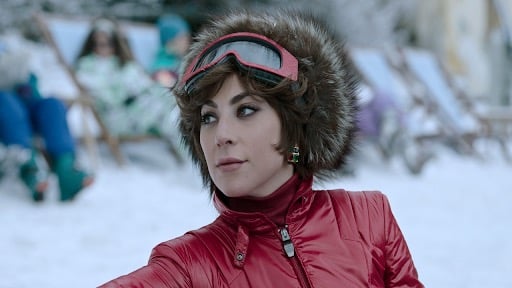 Does House of Gucci Have a VOD or Digital Release Date?

Not yet. For the time being, House of Gucci is only available to watch in theaters. However, looking back on MGM’s recent theatrical releases, we probably won’t have to wait too long before the film becomes available on PVOD.

Candyman arrived in theaters on August 27 and arrived on VOD on September 17, 21 days later. No Time to Die debuted in U.S. theaters on October 9 and VOD on November 9, 32 days later. In both cases, it seems that MGM is reacting nimbly to the condensed theatrical windows this year, and making their films available on PVOD long before the pre-COVID traditional 90-day theatrical window.

With that in mind, be sure to bookmark this page, because we’ll update it with all the new streaming, VOD, and Blu-ray release date details when we have them! 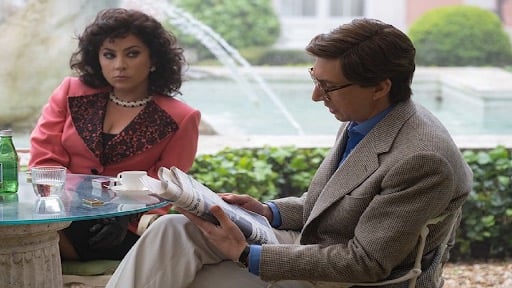 WHEN WILL HOUSE OF GUCCI BE STREAMING?

It’s hard to say exactly when House of Gucci will be on streaming.

House of Gucci is an MGM release, and unlike other movie studios during the pandemic, MGM has not had a consistent digital release strategy. Many studios are now exclusively premiering films in theaters for at least 45 days, meaning House of Gucci may not arrive at home until early 2022. Once the film does come to digital, you should be able to rent it on Amazon Prime, Google Play, iTunes, YouTube, Vudu, and more. 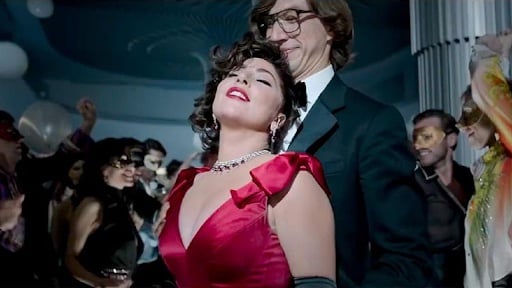 WILL HOUSE OF GUCCI BE ON HBO MAX?

Nope. Since House of Gucci is being released by MGM, not Warner Bros., it won’t be released on HBO Max at the same time that it is in theaters. 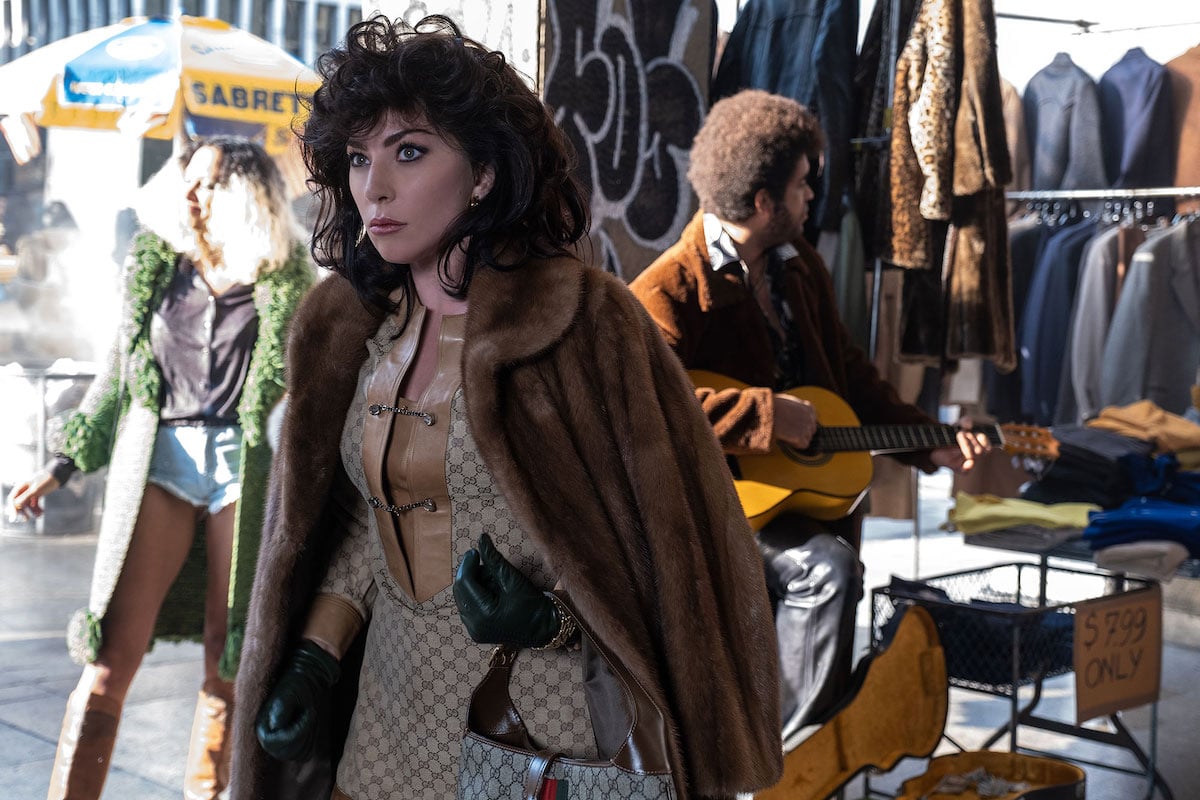 IS HOUSE OF GUCCI ON NETFLIX? 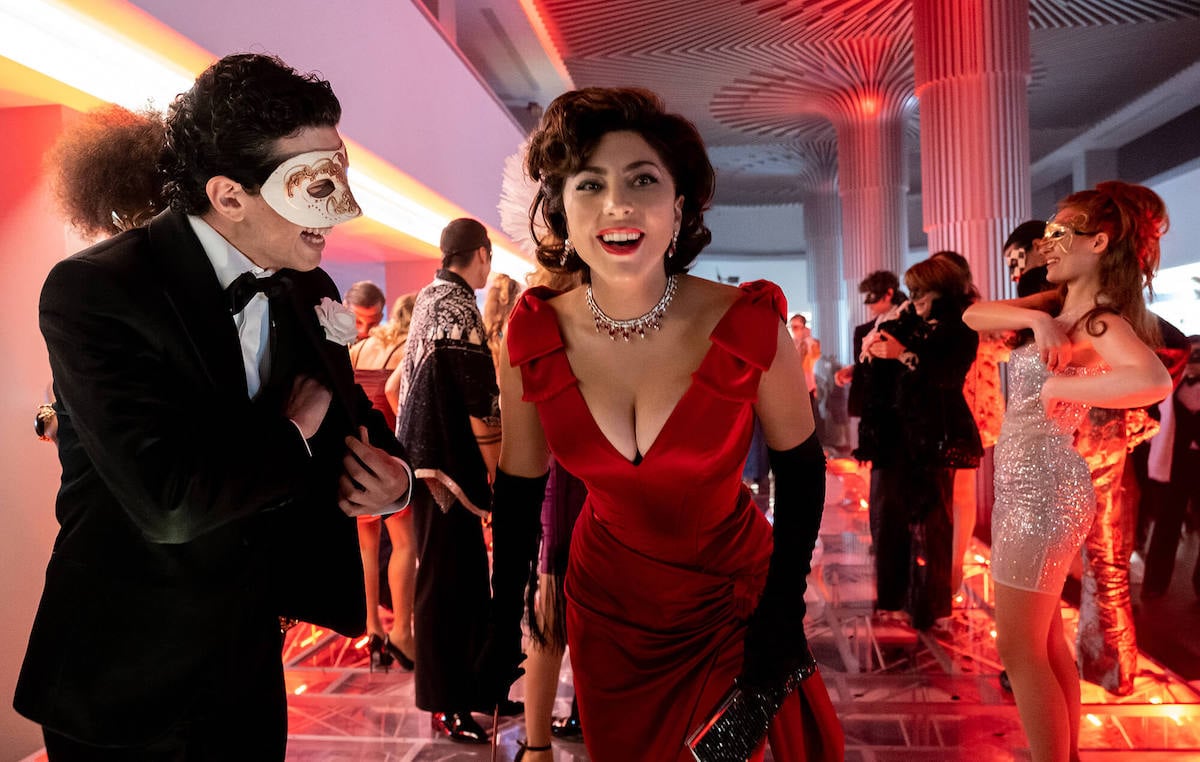 What Is “House of Gucci” About?

Based on of the book “The House of Gucci” by journalist Sarah Gay Forden, who covered the Italian fashion industry from Milan for more than 15 years, the film chronicles the rise and fall of the Gucci empire and family. At the core of the story sits Maurizio Gucci, son of Rodolfo and eventual heir to the brand, along with his wife Patrizia Reggiani. The movie captures the point where Patrizia meets and charms Maurizio, the couples’ marriage and early life together, Maurizio’s eventual inheritance of shares in the company, and the infighting that ensues as Patrizia seduces him into gaining even more power. The story also features clothing items that show the brand’s evolution from leather goods and bags to belts and loafers. 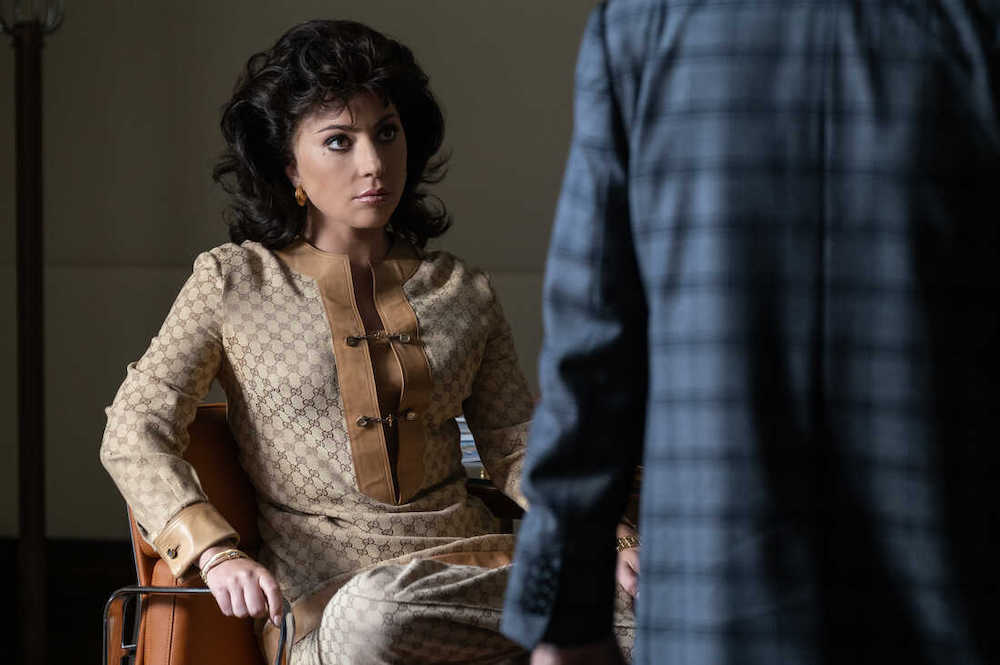 How to Watch House of Gucci Free Full Movies in Australia?

Helen Lyle is a student who decides to write a thesis about local legends and myths. She visits a part of the town, where she learns about the legend of House of Gucci, a one-armed man who appears when you say his name five times, in front of a mirror. 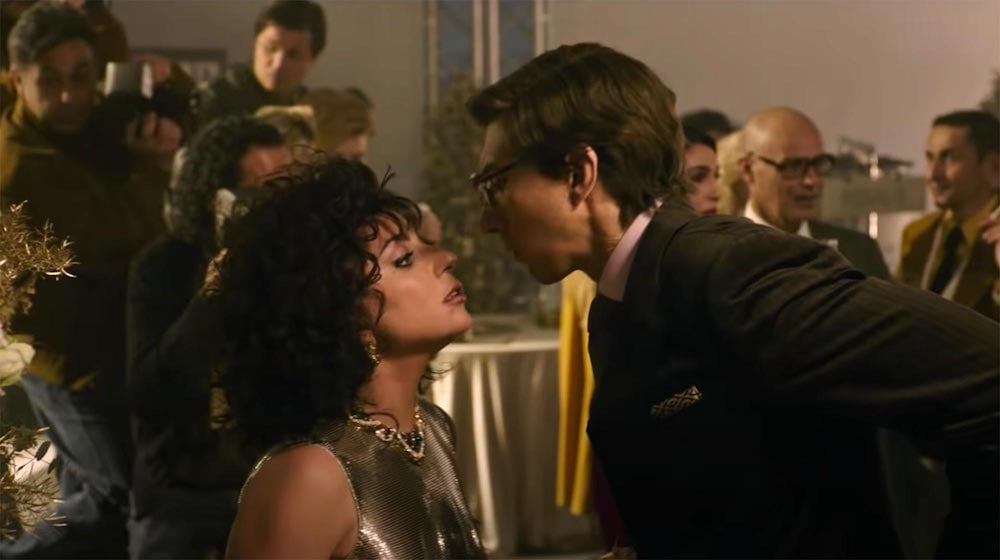 How to watch House of Gucci Free Streaming in New Zealand?

House of Gucci movie will be released in October and is available for free streaming on Amazon Prime Video. The best place to watch it is by clicking the link below! If you’re not from New Zealand, click here for more information about how subscribers can get their own copy of this awesome film when they sign up as well.