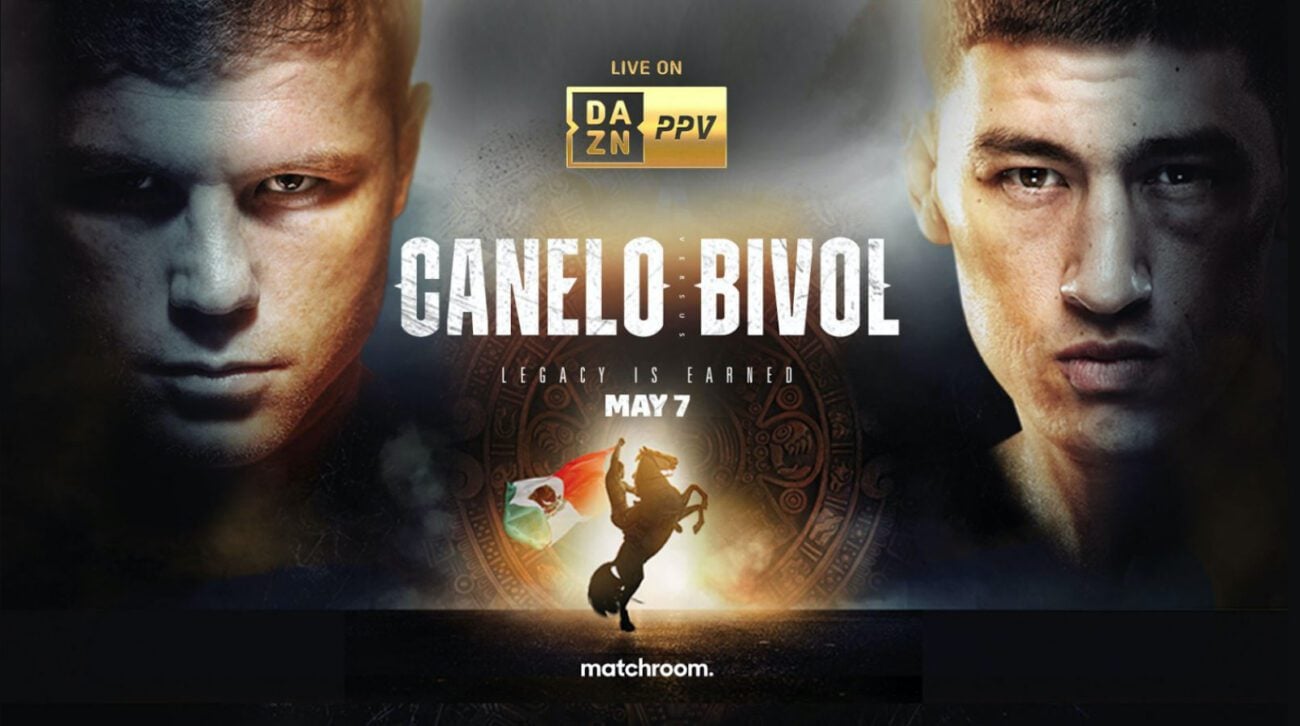 Canelo Alvarez faces off against Dmitry Bivol for the latter’s WBA light-heavyweight title inside the T-Mobile Arena in Las Vegas on May 7. As with any Canelo card, there are sure to be plenty of interesting appetizers before the main event.

The May 7 fight card will feature the return of Montana Love, as well as an IBF North American welterweight title fight between Shakhram Giyasov and Christian Gomez. The returns of Alexis Espino and Marc Castro also highlight the undercard.

The long-awaited return of Saul ‘Canelo’ Alvarez is growing ever closer, and boxing fans all over the world are excited for the 31-year-old lightweight to grace the ring once again. The Mexican has not fought since his TKO victory over Caleb Plant back in November

With this win, he became only the sixth fighter to unify all belts in one division in the four-belt era and will be looking to add to his belt collection when he takes on unbeaten Russian, Dmitry Bivol. The 31-year-old has held the WBA strap since November 2017 and retained the belt by beating Umar Salamov last December, setting up a clash with Canelo at the T-Mobile Arena in Nevada.

WHEN AND WHERE TO WATCH: Canelo and Bivol

Canelo and Bivol will face off on Saturday, May 7th, 2022. The 12-round light heavyweight fight will take place at the T-Mobile Arena, Paradise, Nevada, USA. It will be broadcast on the streaming site DAZN. This marks the return of Canelo to DAZN after their widely publicized dispute in 2020.

Now they’re back together on a 2 fight deal. This agreement includes fights against Bivol and Golovkin. The fight is free for those already subscribed to DAZN in Europe. It’s available on DAZN pay-per-view for US and Canadian fight fans. UK start time will be around 5 am on Sunday morning, May 8th.

Canelo Alvarez vs. Dmitry Bivol PPV price: How much does the card cost?

Because it is a pay-per-view event, the fight will cost $59.99 for current subscribers and $79.99 for new subscribers.

Who is Dmitry Bivol?

A 2013 World Combat Games gold medalist, Bivol has been winning gold since the 2005 European School Championships. Taking up boxing at the age of six, Bivol’s amateur record was an astounding 268-15.

Representing Russia, Bivol has an impeccable 19-0 record with 11 knockouts. Born in Soviet Kyrgyzstan to a Moldovan father and Korean mother. Bivol moved to Russia at the age of 11, where he then settled. An incredible amateur career led him to win 2 junior world championships and the Russian national amateur boxing championships in 2012 and 2014.

His amateur record is 268-15. He made his professional debut in 2014 and won his first 6 fights by knockout. Dmitry Bivol has held the WBA belt since November 2017. He recently reclaimed it by defeating Umar Salamov in December 2021.

who is Canelo Álvarez

Canelo Alvarez has been a world champion at super-middleweight, super welterweight, middleweight, and light heavyweight, in addition to super middleweight, where he currently reigns. Saul ‘Canelo’ Álvarez has been enjoying an extraordinary last few years. Fighting on regular basis, the Mexican has won world titles in different weight classes.

Teaming up with promoter Eddie Hearn, Canelo has become the complete package. Previously a boxer appealing mainly to boxing ‘purists’. He has since worked on the promotional side of things, resulting in a much wider appeal.

We now see more of his fiery and energetic personality that fights fans can’t get enough of. Canelo can now be considered a superstar sportsman, alongside the likes of Cristiano Ronaldo and Conor McGregor. Álvarez has a record of 57 wins and just 1 defeat against Floyd Mayweather.

It comes as no surprise that he is ranked pound for pound the best active boxer on the planet; with each fight, he even appears to improve. While there may be the talk of a fight with YouTuber Jake Paul in the future, we can clearly see that Canelo is more focused on his Legacy than a big payday.

Canelo vs Bivol Prediction and Odds

While Dmitry Bivol is the bigger fighter with a longer reach; this will be by far the biggest challenge he has ever had to face. Subsequently, bookmakers currently have Canelo as the clear favorite with 1/4 or -350 odds to win the contest outright. A win for Bivol would be considered a huge upset with 16/5 or +310 odds.

This means bookies are giving Canelo a 78% chance of winning and Bivol a measly 22% chance. A draw is also a long shot with 21/1 odds. The consensus is that Canelo will win on points. All things considered, a knockout wouldn’t be a surprise considering the form Canelo is in.

For die-hard Canelo fans and boxing enthusiasts, a win for Bivol would be unthinkable. Remember in boxing anything is possible. If you’re into crypto sports betting, this could be your chance to bet on the underdog and win big!