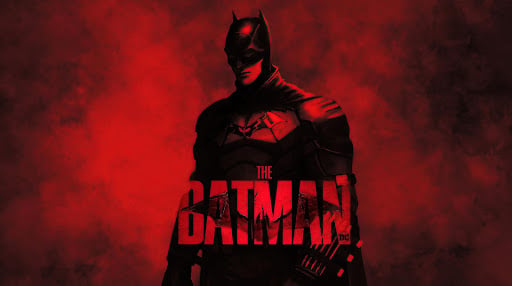 After many, many delays, Matt Reeves’ The Batman is finally hitting theatres everywhere on March 4. Stacked with an impressive cast of talent including Robert Pattinson (Good Time) in the title role, Zoe Kravitz (High Fidelity) as Selina Kyle/Catwoman, Paul Dano (There Will Be Blood) as The Riddler, Colin Farrell (The Killing of a Sacred Deer) as The Penguin, and Jeffrey Wright (The French Dispatch) as James Gordon, it is clear as to why the anticipation and expectations for this Batman movie is at an all-time high.

The Batman, unlike Batman Begins, will tell the story of Bruce Wayne’s “second year” as the Caped Crusader. The film will detail Batman’s attempt to stop the Riddler, a dangerous new adversary who is targeting Gotham City’s elite. On this exciting journey, Batman will be joined by Catwoman and James Gordon, as the three attempt to understand what Riddler’s endgame really is and how the city of Gotham will be affected by it.

If that genuinely exciting and unique synopsis was not enough for you, the movie is being directed by Matt Reeves, the mastermind behind such hits as Cloverfield and War for the Planet of the Apes. In the development of the film, Reeves was allegedly inspired by the 1990s Batman: The Animated Series as well as Jeph Loeb and Tim Sale’s ground-breaking graphic novel, Batman: The Long Halloween. Speaking as a lifelong Bat-fan, The Batman has all the makings of a superhero masterpiece. With all that said, here is our guide on how you can watch The Batman.

The Batman will be released in theaters on March 4, 2022. It was originally intended to be a summer movie (as most Batman movies have traditionally been), but it was pushed back from its June 25, 2021 release date multiple times due to the COVID-19 pandemic.

The Batman is a reboot of the Batman franchise, with Robert Pattinson stepping into the title role, replacing Ben Affleck from the DCEU. As we have said before, Reeves’ movie looks to really adapt the comic book version of the character, painting a portrait of Gotham that we really have not seen since the Tim Burton films from the late 80s/early 90s. This interpretation of Batman is meaner, rougher, and, more dangerous than any previous incarnation, and Pattinson looks to be having an absolute blast with it.

How To Watch The Batman: Is It Streaming?

As a result of the COVID-19 pandemic, Warner Bros. released its entire 2021 movie slate – blockbusters and all – simultaneously in theaters and on in-house streaming platform, HBO Max. That even included big-hitters The Suicide Squad, Dune, and The Matrix Resurrections.

Ever the pioneer, The Batman will be Warner’s first major franchise tentpole to premiere exclusively in movie theaters once again, with box office now firmly in recovery mode (largely thanks to Tom Holland). HBO Max subscribers might’ve grown accustomed to watching Warner Bros.’ very latest releases from the comfort of their own home rather than venturing out to cinemas, but The Batman brings those days to a close. Robert Pattinson’s Bruce Wayne bow is unleashed only in theaters March 4, 2022 – it will not be streaming straight away.