The show returns for its 12th series on 21 September. Once again, the 12 bakers have been filmed in a bubble because of the Covid pandemic. Paul Hollywood, Prue Leith, Matt Lucas and Noel Fielding will all return. You can stream the Great British Bake Off 2021 from anywhere see how.

When does The Great British Bake Off 2021 start?

The twelfth season—or series, as they say in Britain—will begin airing on Tuesday, September 21, 8 p.m. BST, on Channel 4. Twelve contestants, four judges, one prize. Formerly broadcast by BBC Two and BBC One, Bake Off is now aired by Channel 4 in the United Kingdom.

Different countries have different viewing options, so how you watch the show will depend on which VPN server location you select. There are a few easy ways to get your GBBO fix: via Channel 4’s on-demand streaming service All4, on Swiss TV platform Zattoo, or via Netflix in the United States three days after the UK premiere, starting Friday, September 24.

When does The Great British Bake Off start?

Good news—you can watch Bake Off live on Zattoo for free! Here’s how:
Get connected with ExpressVPN to our Switzerland server location. Go to Zattoo and sign in (or register for the ‘FREE’ account). Select Channel 4 and enjoy the show!

Watch The Great British Bake Off live online on Channel 4

You can also get The Great British Bake Off straight from the Channel 4 website:
Get connected with ExpressVPN to a secure VPN location in the UK. Visit the show’s page on the Channel 4 website at 8 p.m. BST on Tuesdays and click “Watch Live” at the top of the page. (You may need to log in or sign up, in which case you’ll need to enter a UK address.) Watch live and catch all the baking action!

Bonus: If you prefer to binge the season in delicious chunks, you can also watch already-aired season 12 episodes on the Channel 4 website, so you don’t have to worry about missing any of the drama. 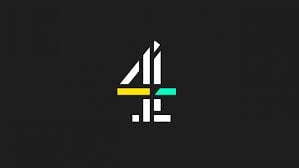 How to watch Channel 4 with VPN from anywhere

Channel 4 is a public broadcaster in the UK offering a vast library of movies, scripted television shows, and reality and docu-series, including the global smash Great British Bake Off. Its free streaming app, All 4, offers Channel 4 UK live streams and on-demand viewing.

ExpressVPN is optimized to work with Channel 4, so you can watch securely in blazing-fast HD 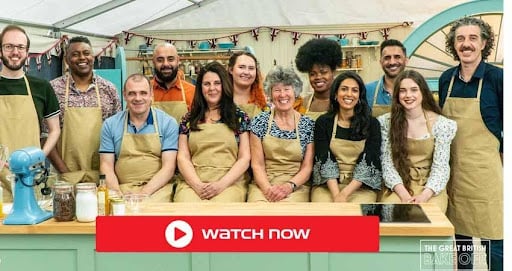 How to Watch Bake Off stream on Netflix

Fans of the popular baking competition can also watch Bake Off (which is known as The Great British Baking Show in the U.S.) on Netflix, or binge previous seasons with the original hosts, Sue Perkins and Mel Giedroyc, and the beloved judge Mary Berry.

To watch Bake Off on Netflix: Get connected with ExpressVPN to a U.S. server location
Visit Netflix and sign in, or sign up for a Netflix account. Search for the show and enjoy! 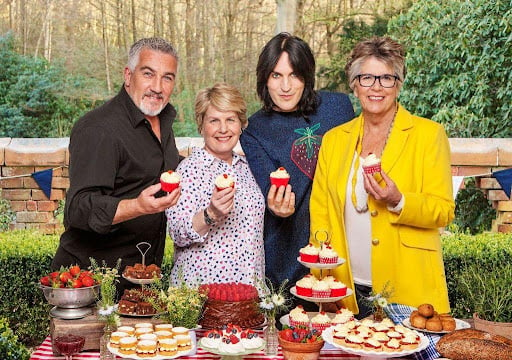 Who hosts The Great British Bake Off?

Since the switch from BBC One to Channel 4, the show was initially hosted by beloved entertainers Sandi Toksvig and Noel Fielding, along with established judge Paul Hollywood and food writer and restaurateur Prue Leith. Last season, Matt Lucas of Little Britain fame joined as a judge to replace Sandi Toksvig. 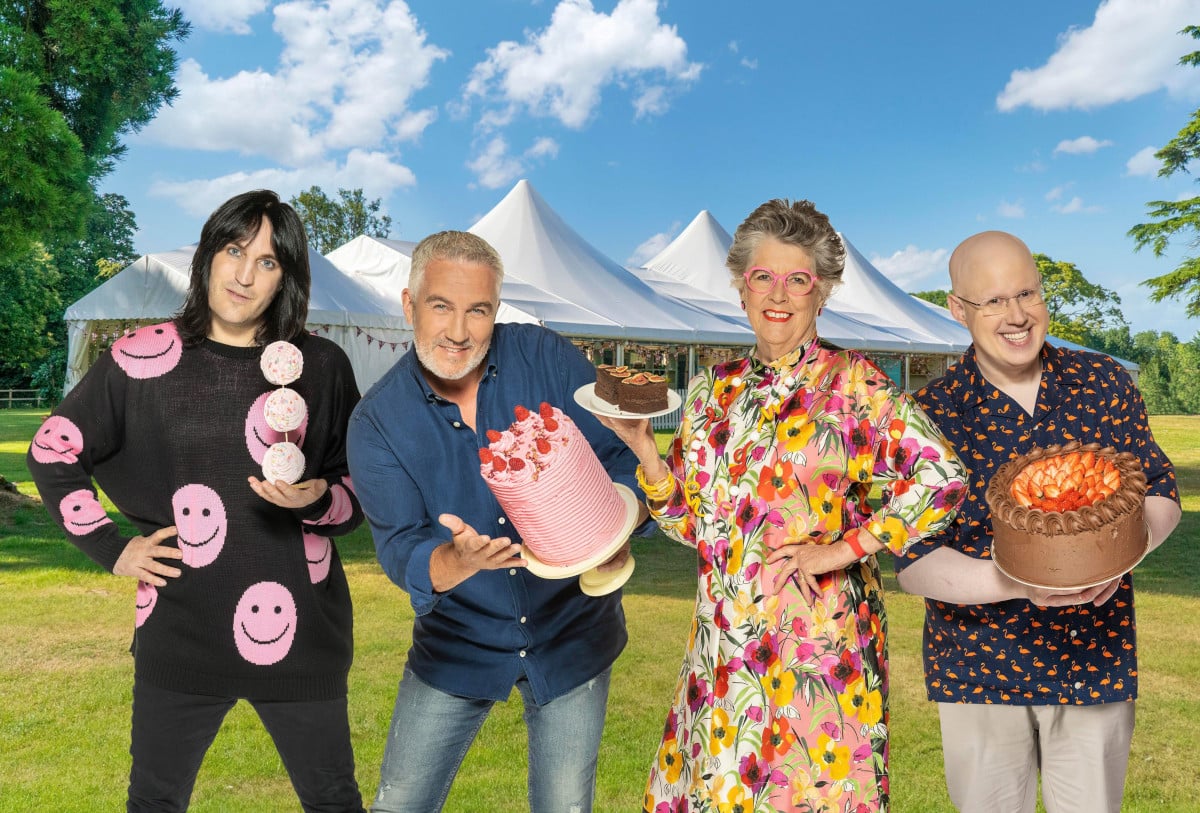 hosts The Great British Bake Off

While the newer seasons may not have nearly as many baking double entendres as in previous seasons, Bake Off never fails to sprinkle a few pastry puns into the mix.

Try your hand at making your own pastries and cakes with Bake Off recipes!

Biscuits, crumpets, cupcakes, and pastries. Who would’ve thought a show about baking could be so popular? While it’s hard to pick a favorite moment (or dish), there’s always room for some great British TV.

Looking to recreate some showstoppers of your own? You’re in luck! The Great British Bake Off’s official site has a list of all the recipes from the show. Give them a go!

The Great British Bake Off contestants

Channel 4 has now revealed the bakers who will be entering the tent this year. You can find out who there are below:

Amanda – Aged 45 from London, Detective with the Met Police who has influences of her Greek-Cypriot heritage in her baking 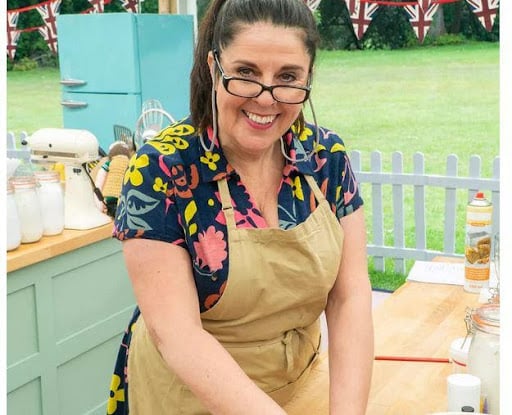 Chigs – Aged 40 from Leicestershire, Sales Manager who learnt to bake last year through online tutorials, with specialities in chocolate work 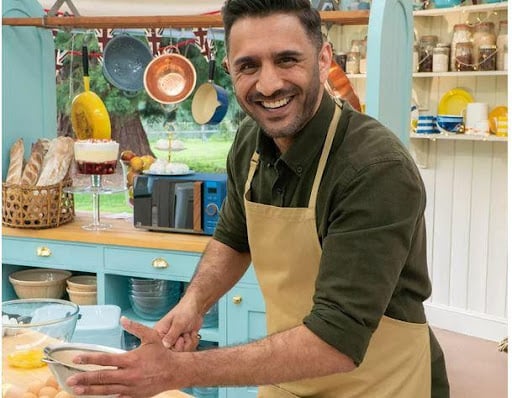 Crystelle – Aged 26 from London, Client Relationship Manager who likes to experiment with flavours inspired by her Portuguese-Goan-Kenyan heritage 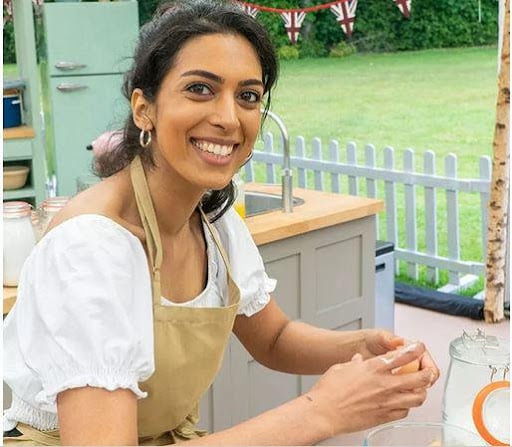 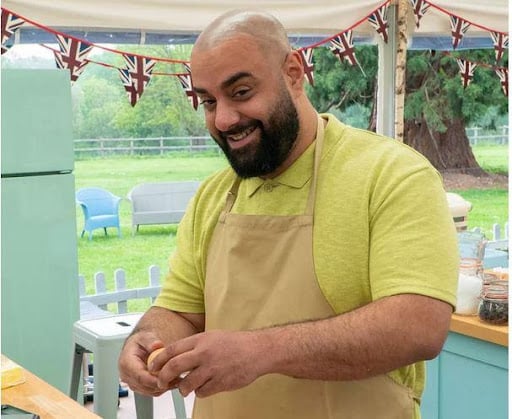 George – Aged 34 from London, Shared Lives Co-ordinator who has a keen eye for detail and creative bakes with a Greek-Cypriot twist 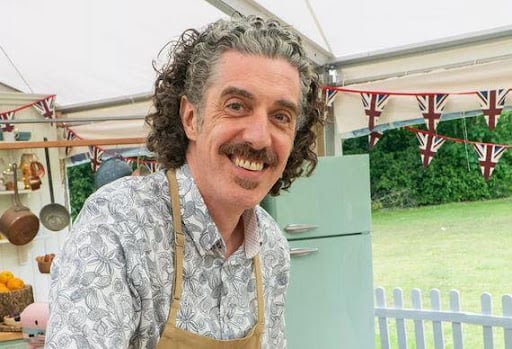 Giuseppe – Aged 45 from Bristol, Chief Engineer who learned how to bake from his Italian father 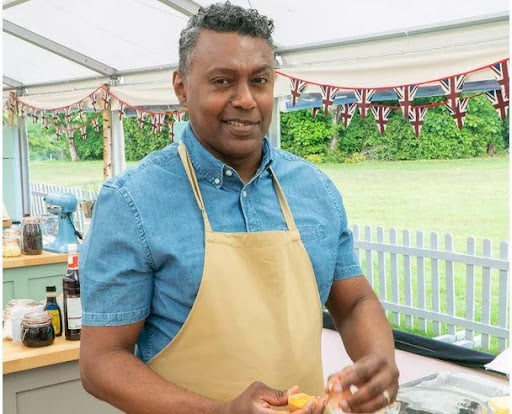 Jairzeno – Aged 51 from London, Head of Finance who uses Caribbean spices and flavours, inspired by his home country of Trinidad 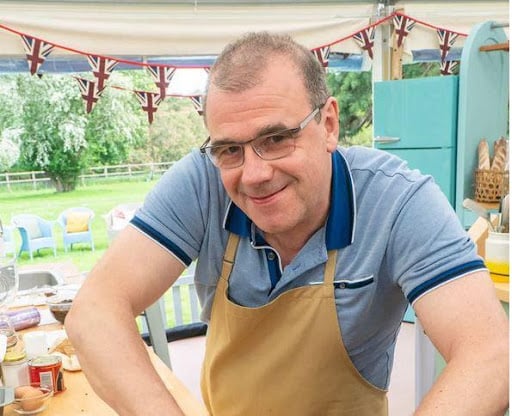 Jürgen – Aged 18 from Sussex, IT Professional and Amateur Trombonist who bakes German bread 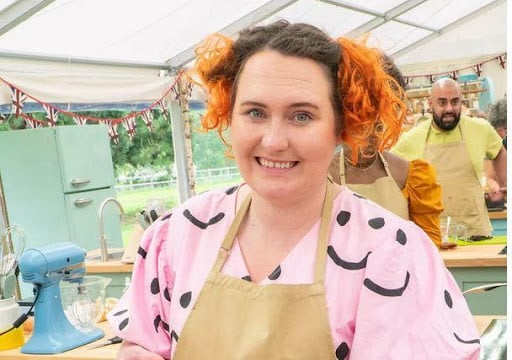 Lizzie – Aged 28 from Liverpool, Car Production Operative who appears quite frantic and messy on the outside, but is in fact calm within 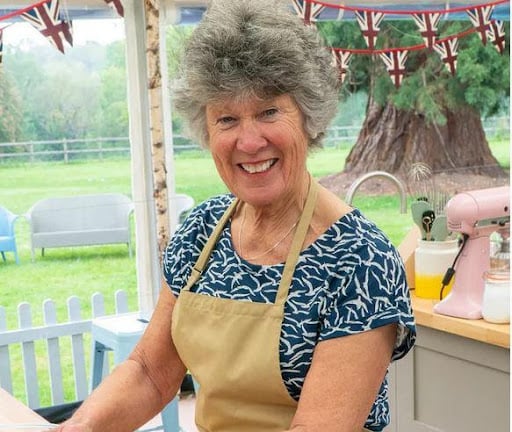 Maggie – Aged 70 from Dorset, Retired Nurse and Midwife who loves outdoor adventuring activities such as kayaking and sailing 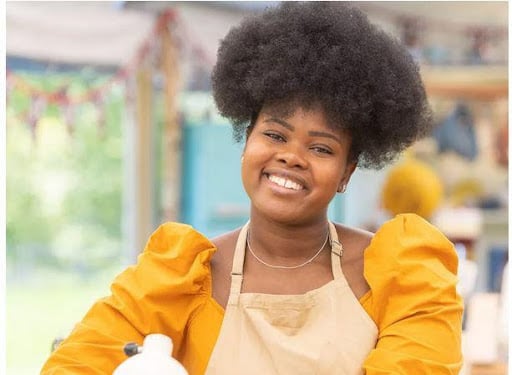 Rochica – Aged 27 from Birmingham, Junior HR Business Partner who turned to baking when an injury stopped her from dancing 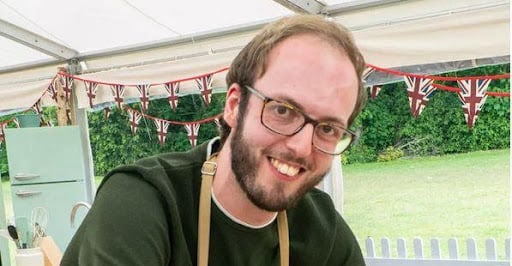 Tom – Aged 28 from Kent, Developer who found baking a welcome respite during lockdown, especially when he couldn’t sing or act