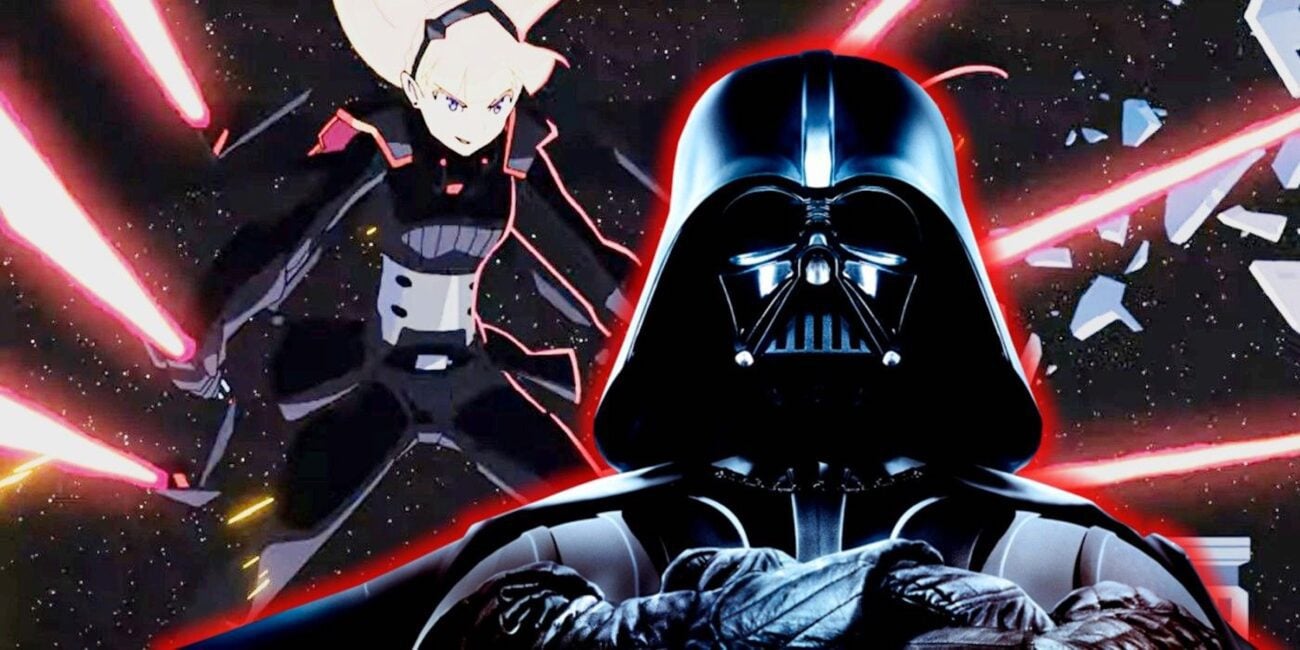 Now that everyone’s buzzing about Star Wars: Visions, the biggest question people are asking is where they’ll be able to watch the show for free! Star Wars lovers who also appreciate the art of anime can rejoice in knowing that Star Wars anime is finally in existence.

Akira Kurosawa is a Japanese filmmaker who dives deep into Japanese mythology.He was one of the pivotal influences on the creation of Star Wars: Visions.

Seven Japanese anime studios linked together partnering with Lucasfilm and sixty-five voice actors to make this awesome anime possible. James Waugh is the executive producer on the project who knew how important it was to lean in on help from each Japanese anime studio. Here’s where you can watch Star Wars: Visions. 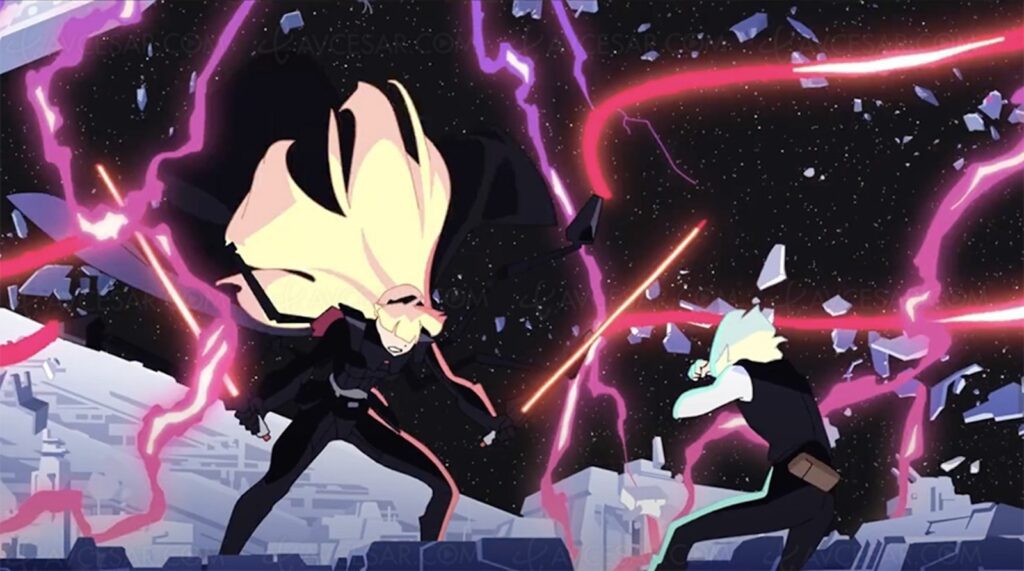 Can you stream Star Wars: Visions for free?

A website called GogoAnime2.org let its readers know that they could watch episodes of Star Wars: Visions for free. In order to gain access to each episode, all you have to do is search the show name on their platform and the nine available episodes will pop up.

This website includes several other popular anime shows to watch including Digimon Adventure, Boruto: Naruto Next Generations, One Piece, Pokémon, Detective Conan, and more. You never really have to miss out on any of your favorite anime shows with the help of a free streaming website like this one.

Where else can you watch Star Wars: Visions?

The safest place to watch Star Wars: Visions would definitely be on Disney+. Unfortunately, Disney+ is not free! A subscription to this streaming network costs $7.99 per year or $79.99 for the entire year upfront. In comparison to other streaming platforms, Disney+ subscriptions are pretty affordable.

Netflix, for example, costs anywhere between $8.99 per month to $17.99 per month. Amazon Prime costs $12.99 per month plus taxes and Hulu costs $11.99 if you want to be able to watch without advertisements. Disney+ has become an extremely popular streaming platform for a reason. It’s affordable, and there is so much quality content to watch . . . including Star Wars: Visions.

This show is classified as a Disney+ original which is a great indication that it was created to be a super high-quality show. All content produced by Disney usually ends up being way above average. 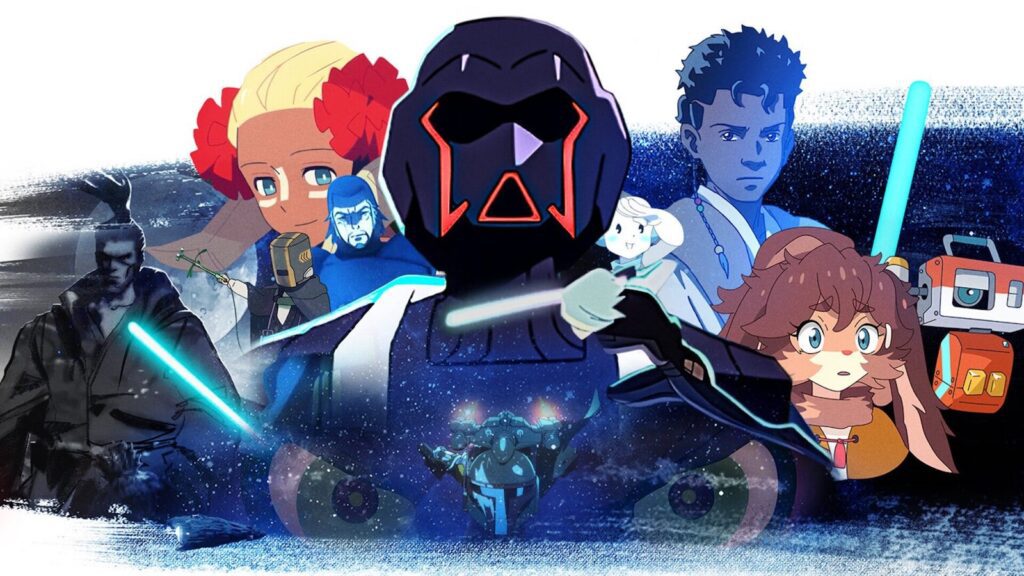 What is Star Wars: Visions about?

Although Star Wars: Visions has only been going for one season so far, a lot of people are tuning in to see the unique perspective of seven brilliant Japanese animation Studios coming together.

The characters included are Boba Fett, Senshuu, B-20N, Masago, Am, Zhima, and Yasaburo. Ocho, Tajin, Ethan, Lan, Miss, and K-344 are part of the story as well.

The episode titles don’t give away much but help create enough intrigue for viewers to want to check out what’s in store. The pilot episode is titled “The Dual” with other episodes following called “Tatooine Rhapsody”, “The Twins”, and “The Village Bride.”

The way the Star Wars galaxy is celebrated through this incredible series of animated short films it’s beyond fantastic because a diversely cultural & fresh perspective is given to the Star Wars story fans have been following for decades. 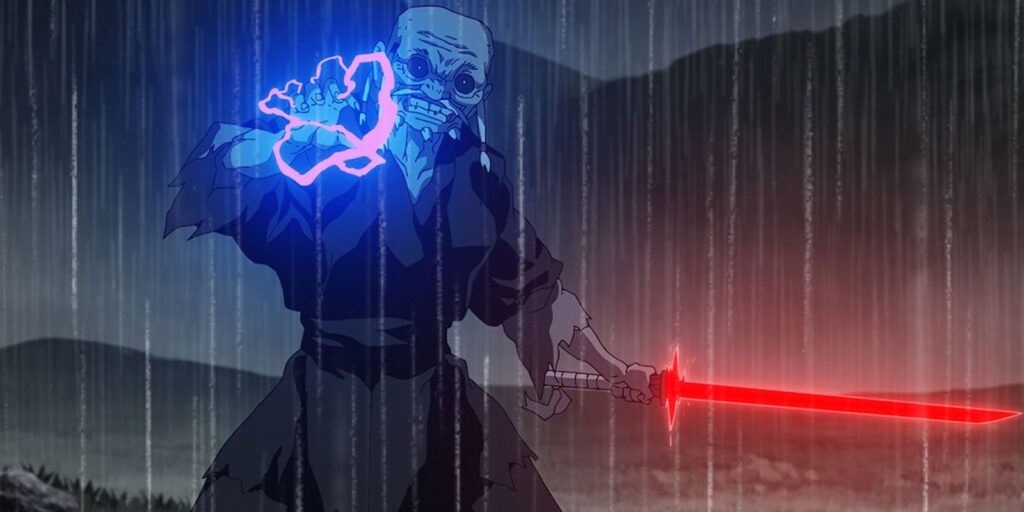 What one voice actor thinks

Jordan Fisher is one of the voice actors from Star Wars: Visions and he’s had a lot to say about his experience voice acting for the show.

According to Collider, he was given some great insight about what to expect before agreeing to voice a character in an episode titled “The Elder.” He is one out of many voice actors to lend their talent to this incredible series and help bring it to life in the best possible way.