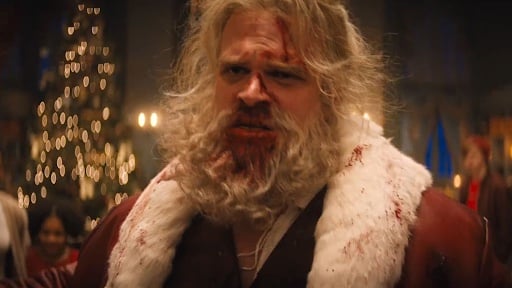 Where To Stream ‘Violent Night 2022’ (Free) Online At Home

Looking to join the ranks of alternative Christmas classics like Die Hard, Krampus and Anna and the Apocalypse, Violent Night is an R-rated action comedy that sees jolly old Saint Nick needing to beat up a bunch of bad guys to save the family that they’re holding hostage. Stranger Things’ David Harbour stars as Santa Claus.

It looks like Demogorgan-fighting skills are transferable after all as David Harbour seems to be taking what he learned from his Stranger Things role to his new gig as Santa Claus in the movie Violent Night.

When a team of paramilitaries breaks into a wealthy home and holds a family hostage on Christmas Eve, Santa (Harbour) must answer one little girl’s wish to save their Christmas, resulting in one bloody evening and one badass Santa Claus.

If you can’t wait to see Harbour don the Santa suit, here’s everything we know about how, when and where you can watch Violent Night: 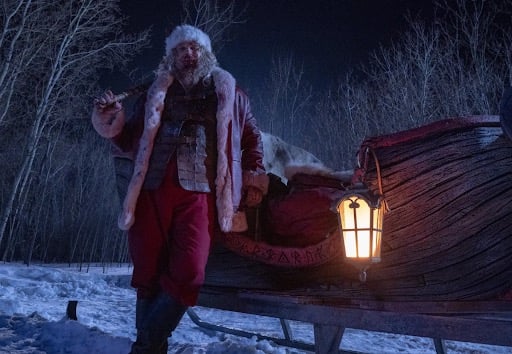 When Is Violent Night’s Release Date?

Violent Night is being released by Universal Pictures exclusively in theaters on Friday, December 2, 2022. The movie earlier premiered at the New York Comic Con on October 7, 2022, and some lucky fans also got the chance to catch our early screening of the film on November 16 at the Universal Citywalk. For those of you who haven’t had a chance to watch the movie yet, read on for more details.

Where To Watch Violent Night Online:

As of now, the only way to watch Violent Night is to head out to a theater when it premieres on Friday, Dec. 2. You can find a local showing on Fandango. Otherwise, you’ll just have to wait for it to become available to rent or buy on digital platforms like Vudu, YouTube, Amazon and Apple, or stream on Peacock. Read on for more information.

No, Violent Night is not streaming right now, so heading to the movie theaters is your only option to see it.

While no information about Violent Night‘s eventual digital and streaming release have been shared, we can make some strong educated guesses as to where the movie is going to be available. As a Universal Pictures movie, Violent Night is in all likelihood going to first stream on Peacock in the US. How long it could be until its streaming is up in the air though. While Peacock is available in the UK through Sky TV, it’s not for certain that UK consumers are going to be able to stream Violent Night that way when the movie arrives on the platform. 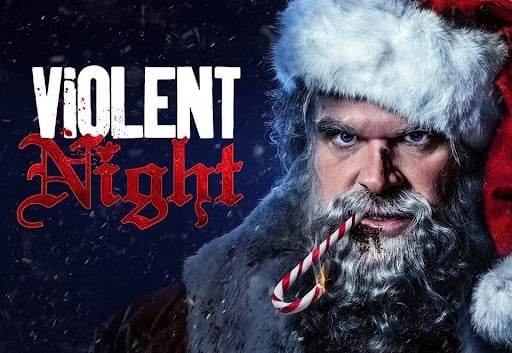 Unfortunately, no. As of now, there’s no official announcement of a streaming release for Violent Night. It might or might not become available on any of the popular streaming services, or it could go straight to Peacock (since it’s a Universal Pictures distribution). But all that is speculation, and we’ll have to wait for any news on the streaming release of the Christmas movie.

When Will Violent Night Be available On Peacock?

While a streaming release date has not yet been announced for Violent Night, we can estimate when it could head to Peacock based on another Universal Pictures movie.

Bros, which hit theaters on Sept. 30, will be available to stream on Peacock on Dec. 2 — a little over 60 days after its theatrical release. If Violent Night follows the same pattern, it could make its way to the platform by late January. However, other movies like Nope took more than 100 days, so it’s best to take this estimate with a grain of salt.

Will Violent Night Be available On HBO MAX?

No, Violent Night will not be on HBO Max since it’s not a Warner Bros. movie. While the company previously released its movies on HBO Max and in theaters on the same day, they have since stopped, and have implemented a 45-day window between the theatrical release and the streaming release.

Will Violent Night Be available On Netflix?

No, Violent Night will not be available on Netflix — at least not any time soon, since it will be heading straight to Peacock after its theatrical release. In the meantime, you’ll just have to wait for it to become available on the NBCUniversal-owned streaming platform.

Is Violent Night be On Hulu?

Viewers are saying that they want to view the new horror movie Violent Night on Hulu. Unfortunately, this is not possible since Hulu currently does not offer any of the free episodes of this series streaming at this time. It will be exclusive to the MTV channel, which you get by subscribing to cable or satellite TV services. You will not be able to watch it on Hulu or any other free streaming service.