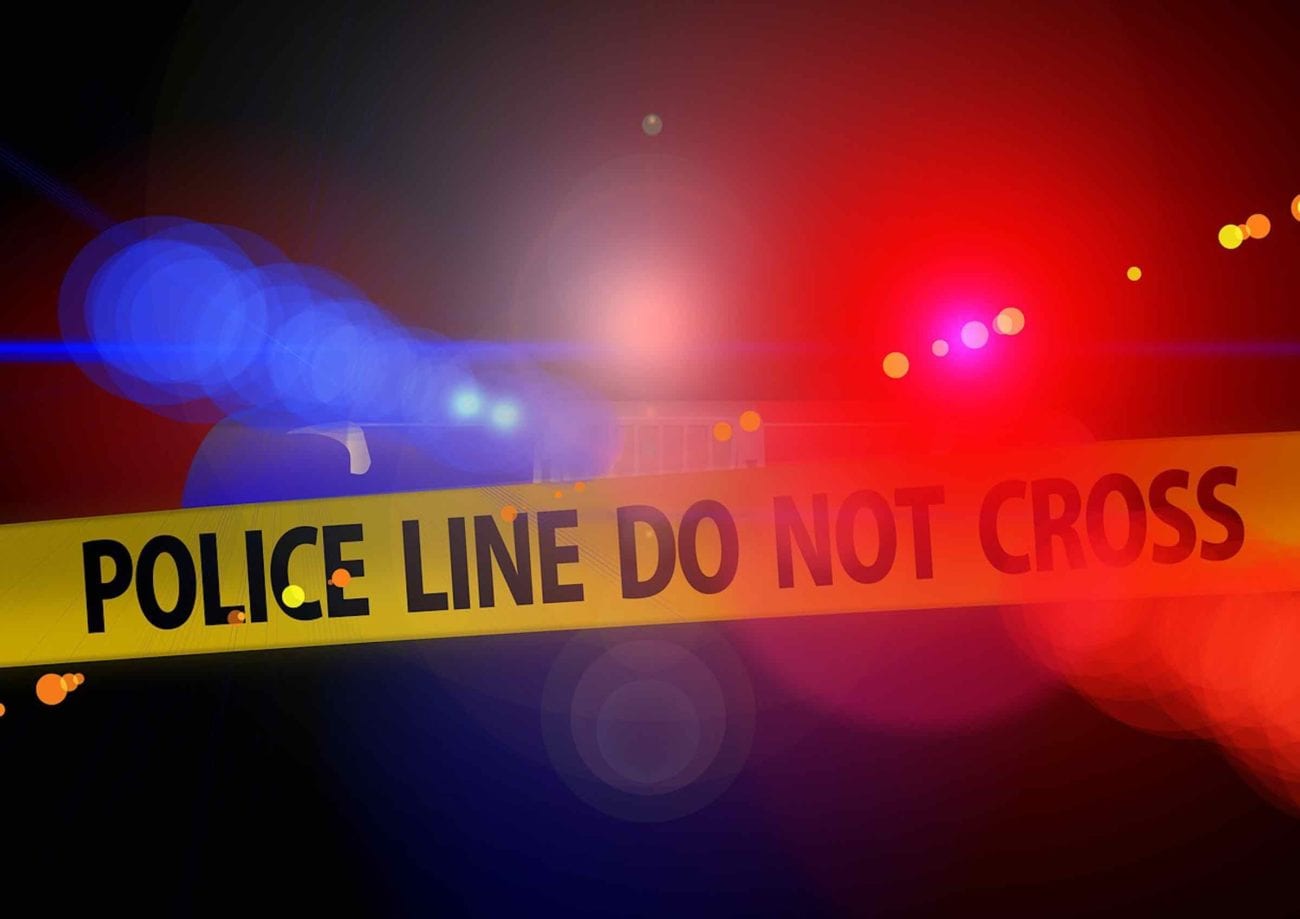 The true-crime community isn’t just a group, it’s a way of life. You spend your days worshiping Keith Morrison, trying to figure out how to convince your friends to watch Mindhunter, and fall asleep listening to someone’s twisted murder. Well, the more obsessed fans do that anyway.

Normal fans probably do the same as you, spending their time online making spicy memes about the life they’ve chosen for themselves. So if you feel like your obsession with true crime is a little too much, we feel you. And we’ve taken those feelings and found some memes to make you feel normal. 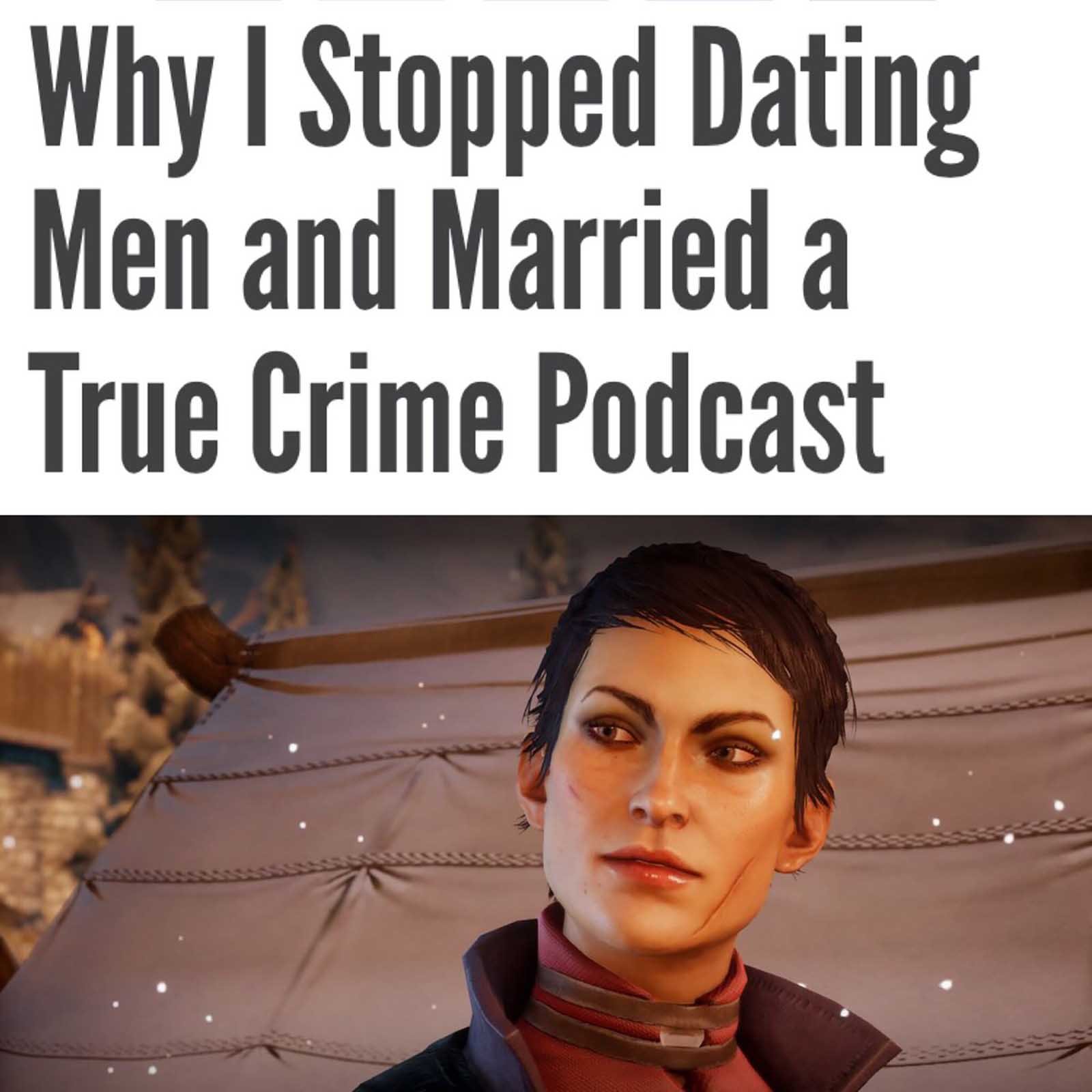 Love is temporary, murder is forever

Who needs a husband when you can just marry your favorite podcast? They’ll never let you down, and are always there when you need them, and can tell you plenty of interesting facts about serial killers. 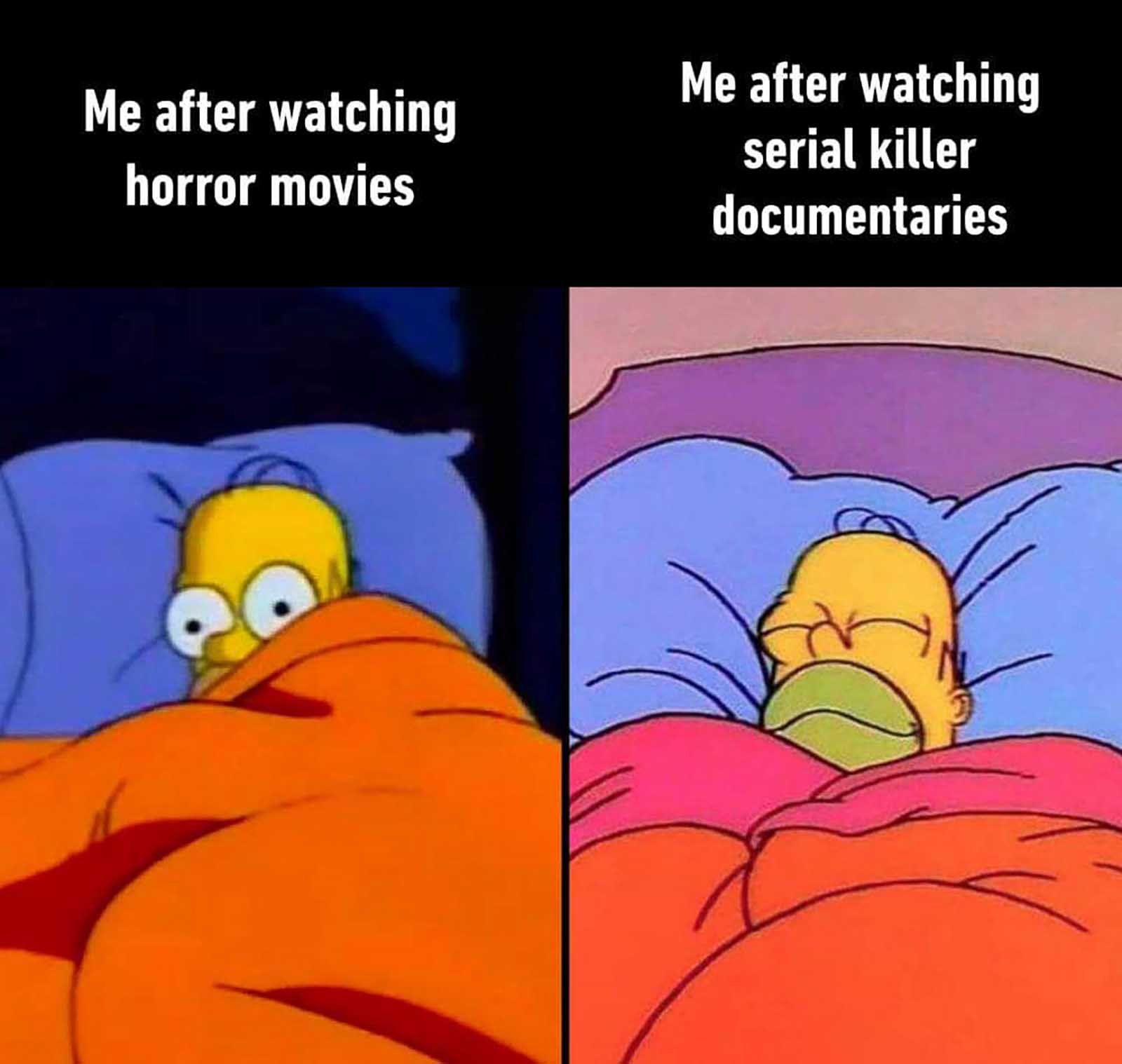 Fiction is scarier than reality

Maybe it’s just because you actually are seeing the crime committed, maybe it’s the jump scares, but when we’re watching a documentary on murder, we feel content. When we watch that same murder in a fictional form, it’s suddenly horrifying. 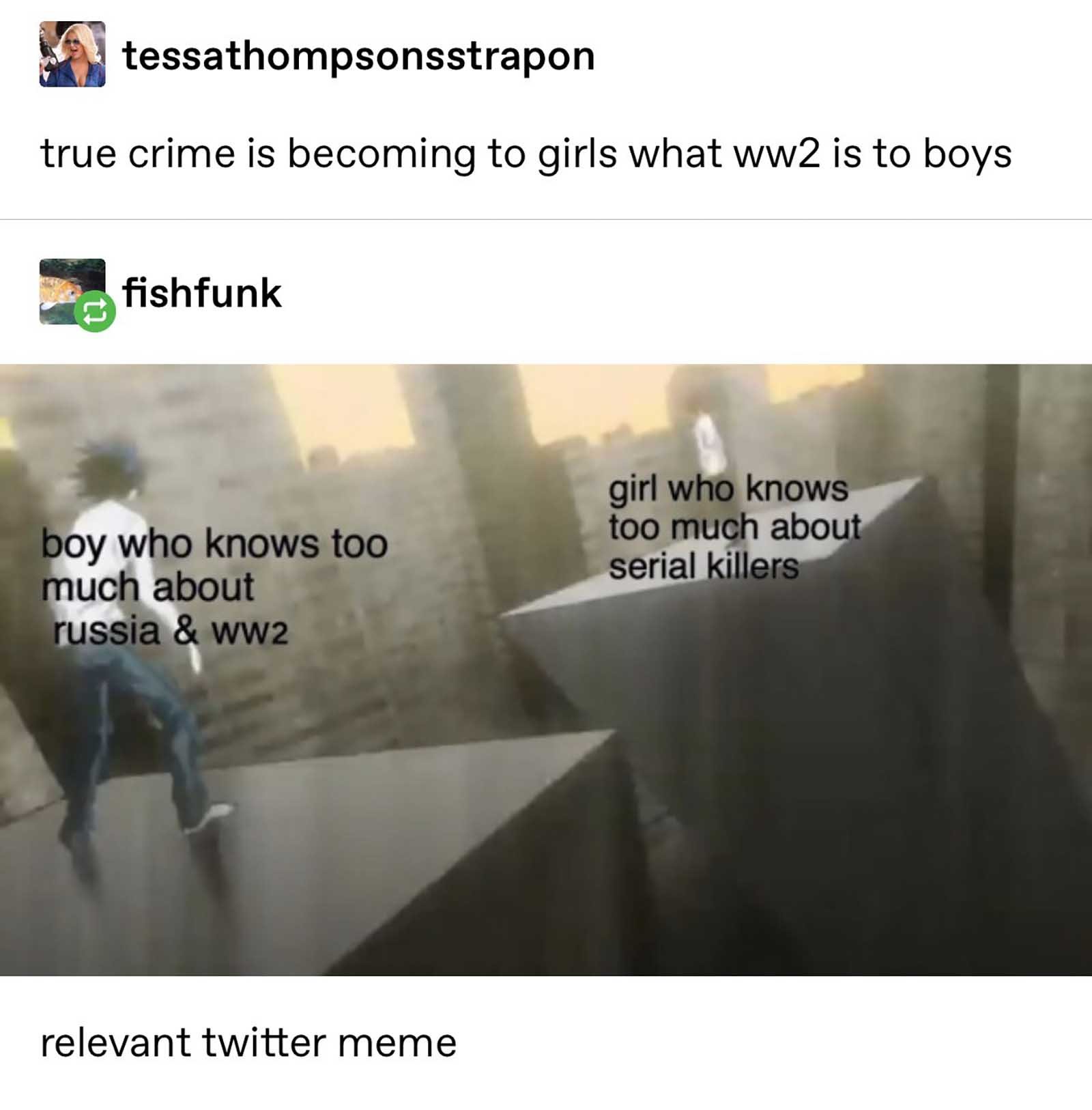 Everyone needs their weird thing to make themselves sound smarter than they are. We’re sticking with our facts on Ted Bundy, Jeffery Dohmer and other murderers. 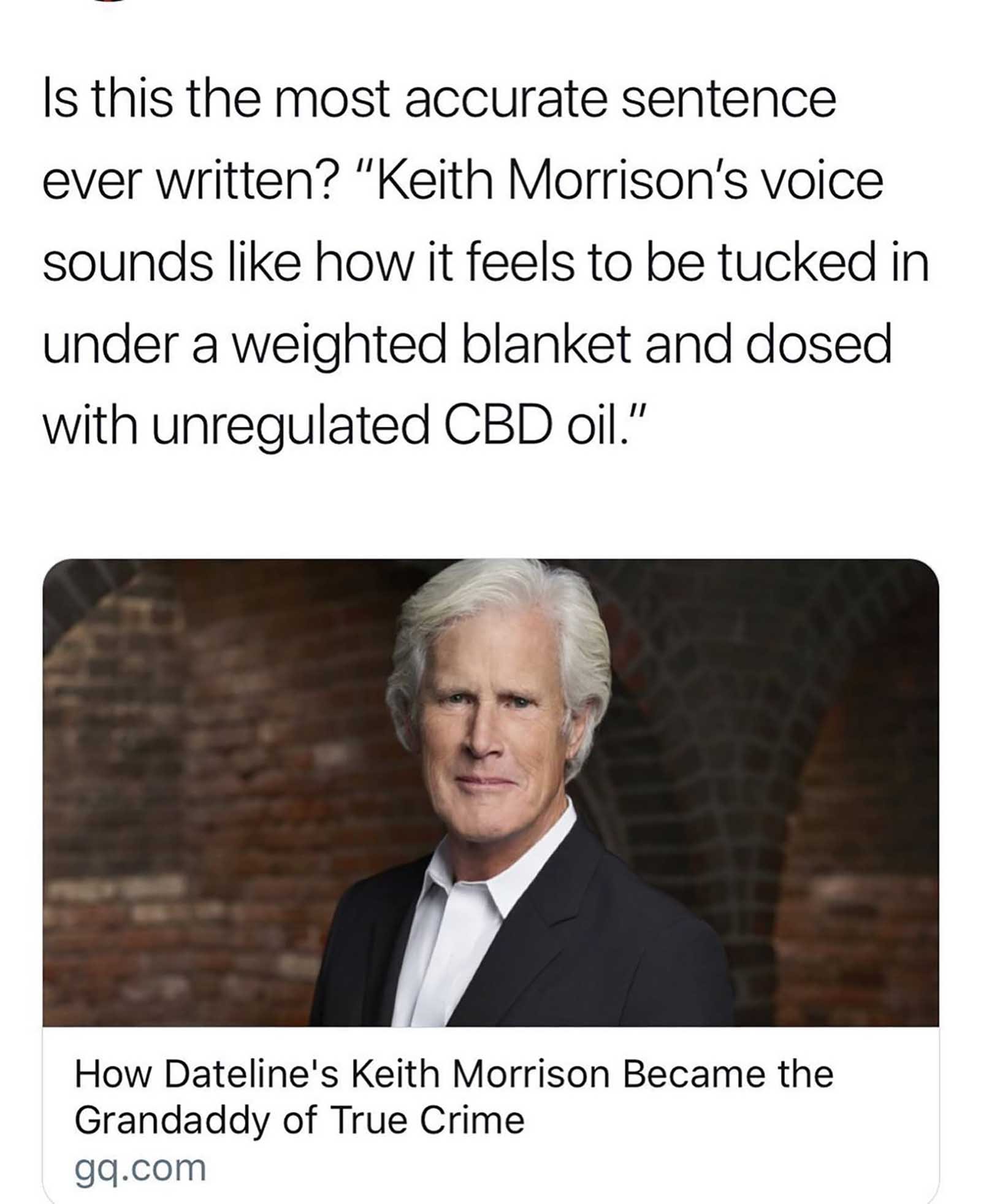 Keith Morrison is the king with the golden voice

Look, we’re not saying we’d want to sleep with Keith Morrison, because we don’t. However, if he wants to come over and read us a bedtime story, we’re totally on board. If he’s not narrating Dateline, we don’t want to watch. 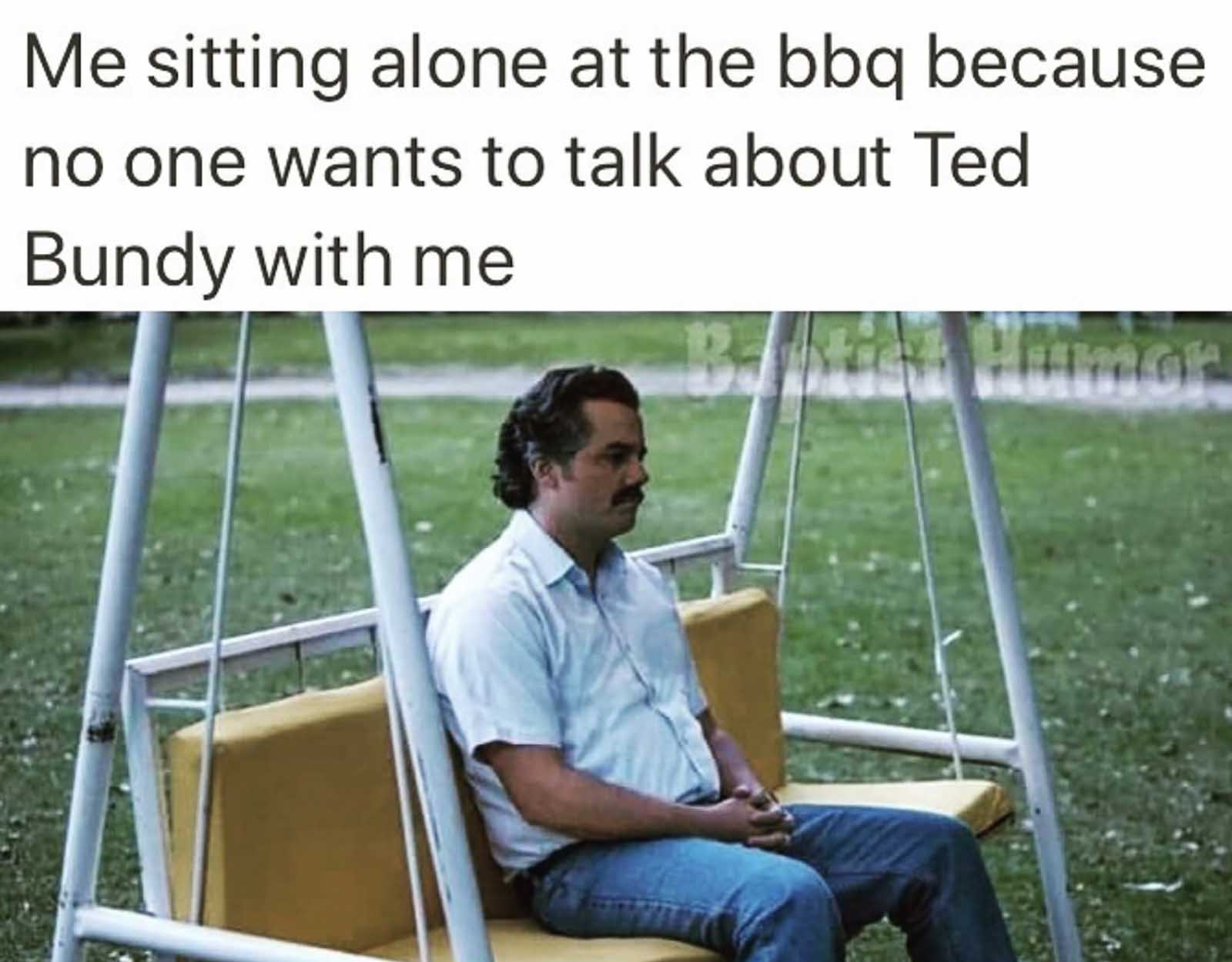 Of course, not everyone is on board the true-crime train, so you’re going to feel left out at the water cooler in the office. Sorry, not all of us care what OSHA violations were made on Grey’s Anatomy this week KAREN. 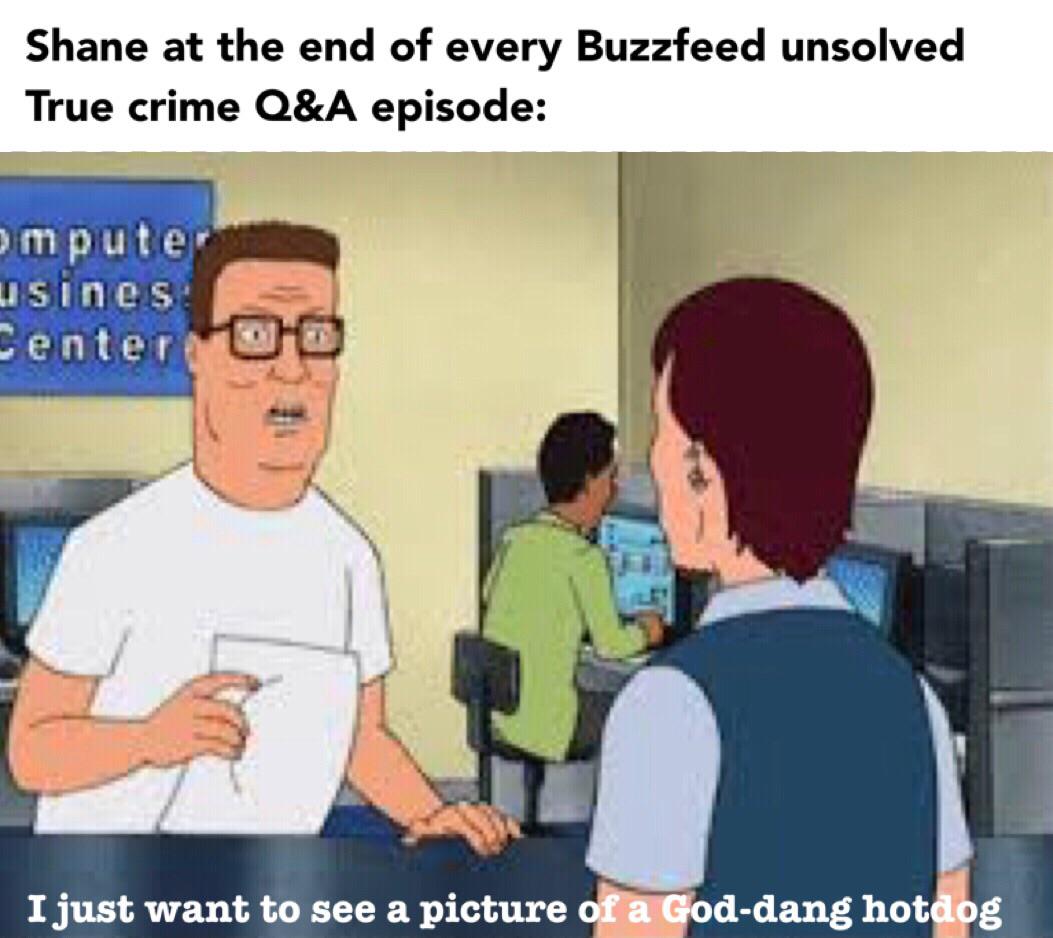 Someone get this man a hot dog

The Hot Dog Saga is a very important part of the Buzzfeed Unsolved fandom. Shane just wants his fancy hotdog to come on screen, can’t we just give the man that? 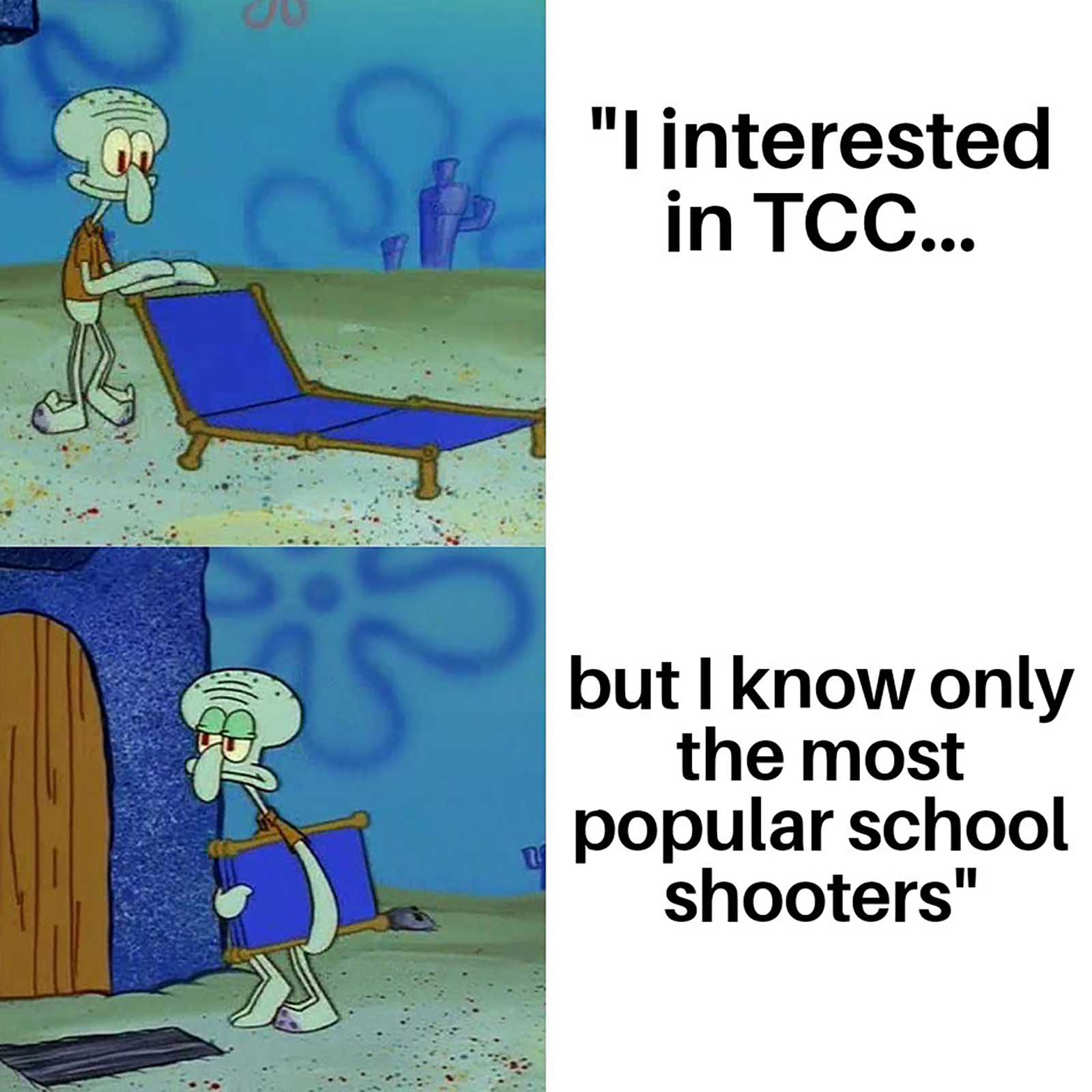 There’s a point when you know someone’s a sociopath, and it’s when they only care about school shootings. It’s obviously going to be brought up with true crime stories, but it’s like the red-headed stepchild of the TCC. 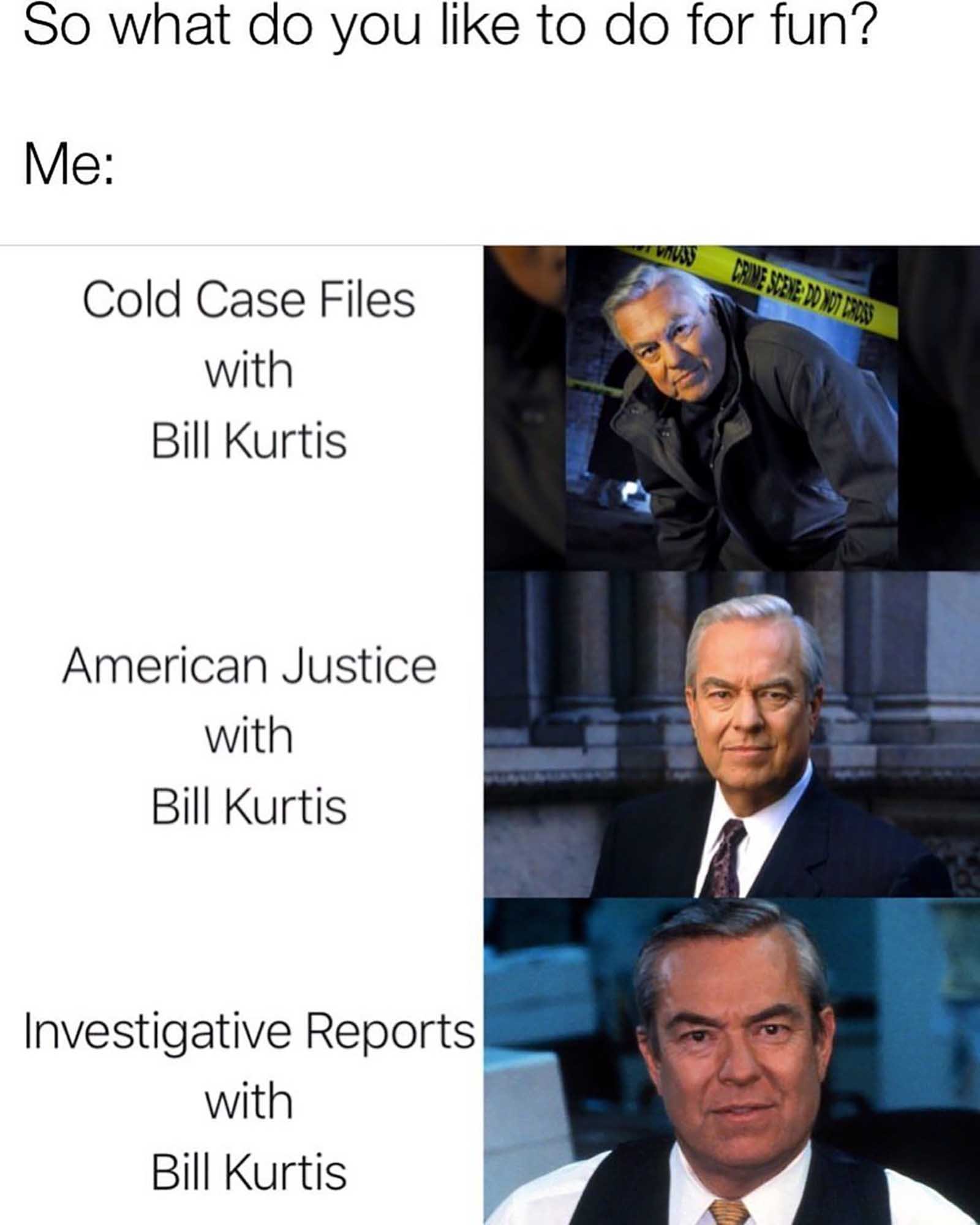 A&E would be nothing without him 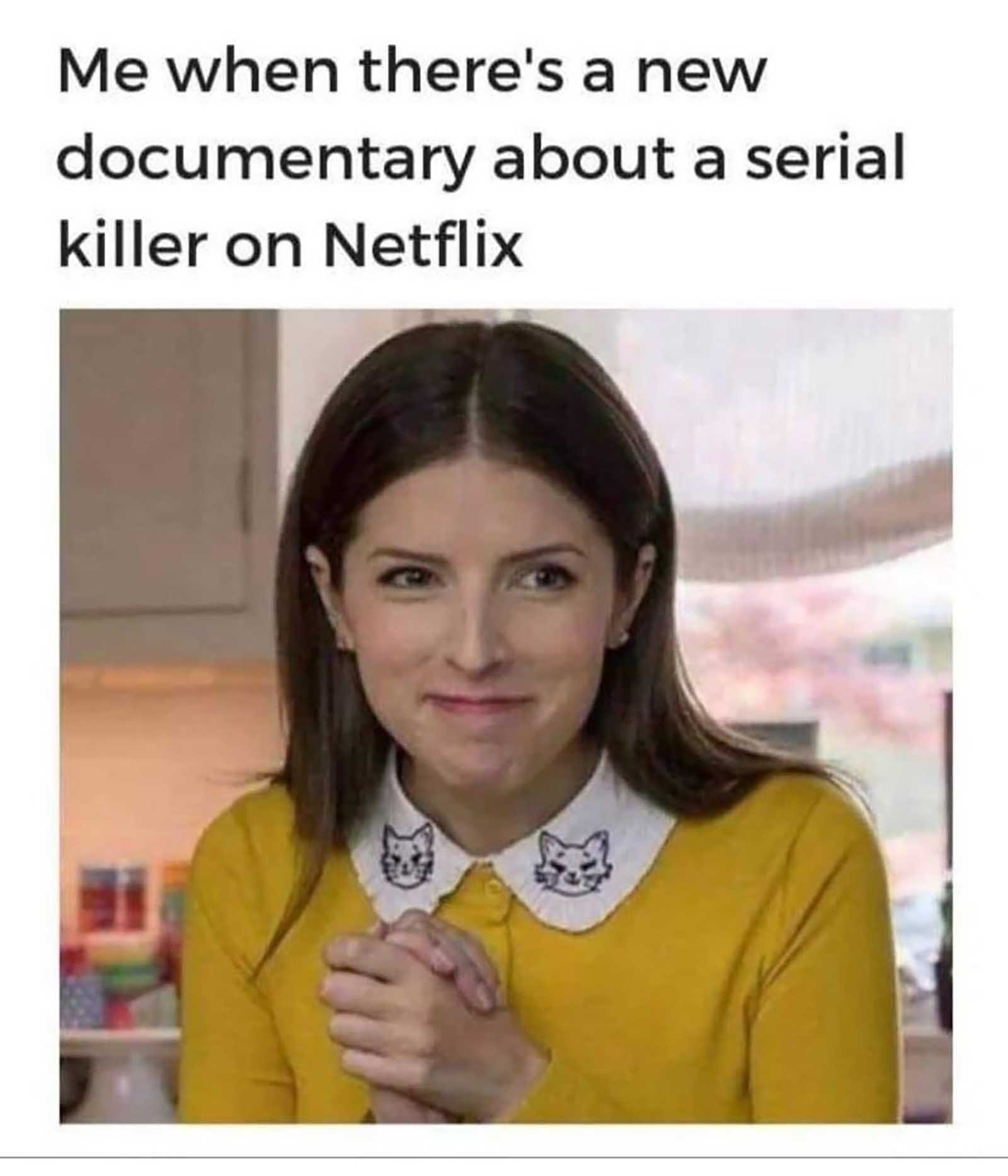 Ain’t that the truth

We’re all little pure and innocent people until Netflix drops Mindhunter season 3, or another hit like Making a Murderer. Then we reveal ourselves to be the dirty crime-obsessed devils we are. 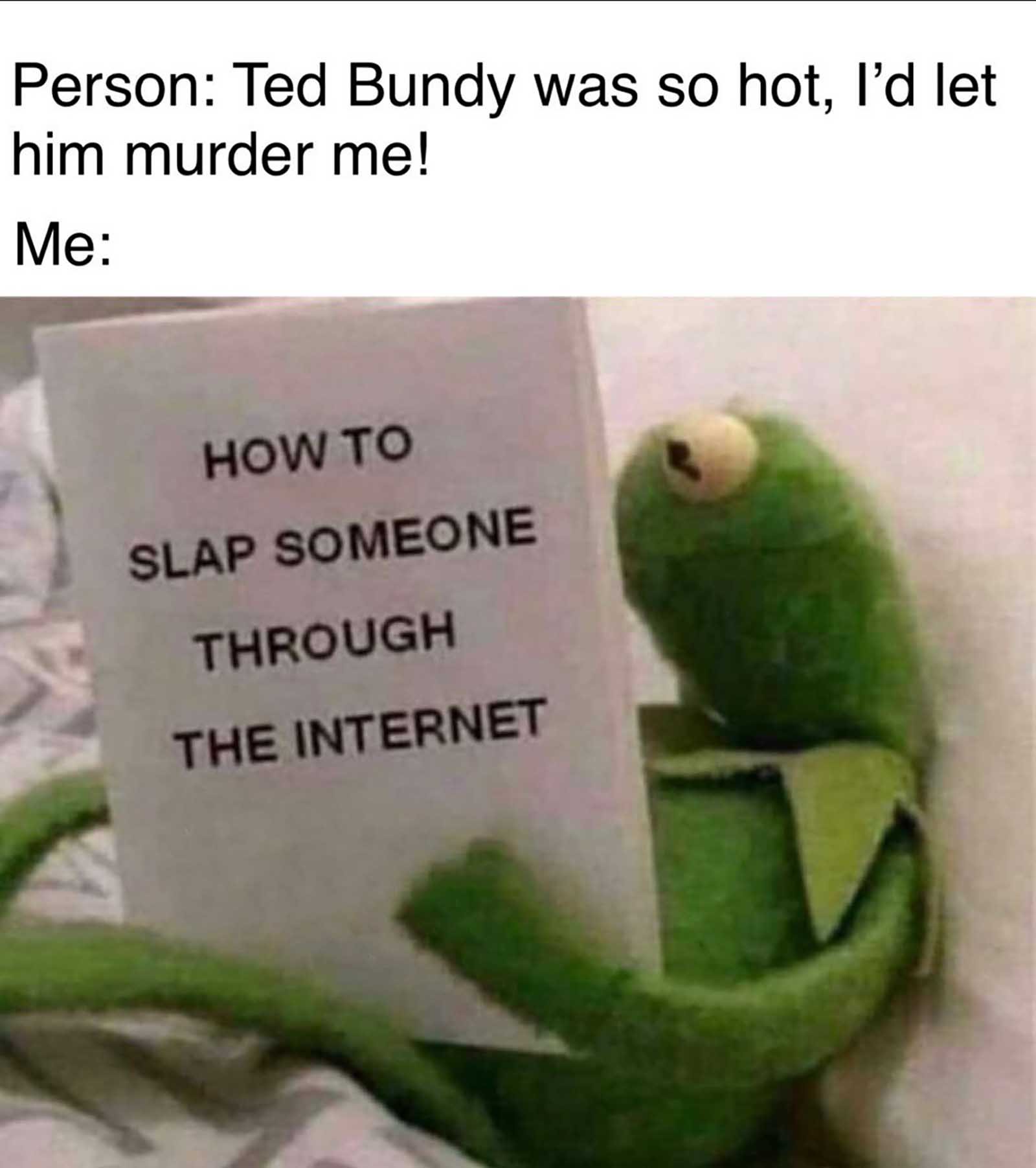 This is not the place for that

Of course, we’re also not about to go try and fuck Charles Manson or Jeffrey Dahmer. If you’re into that, you’re in the wrong place.