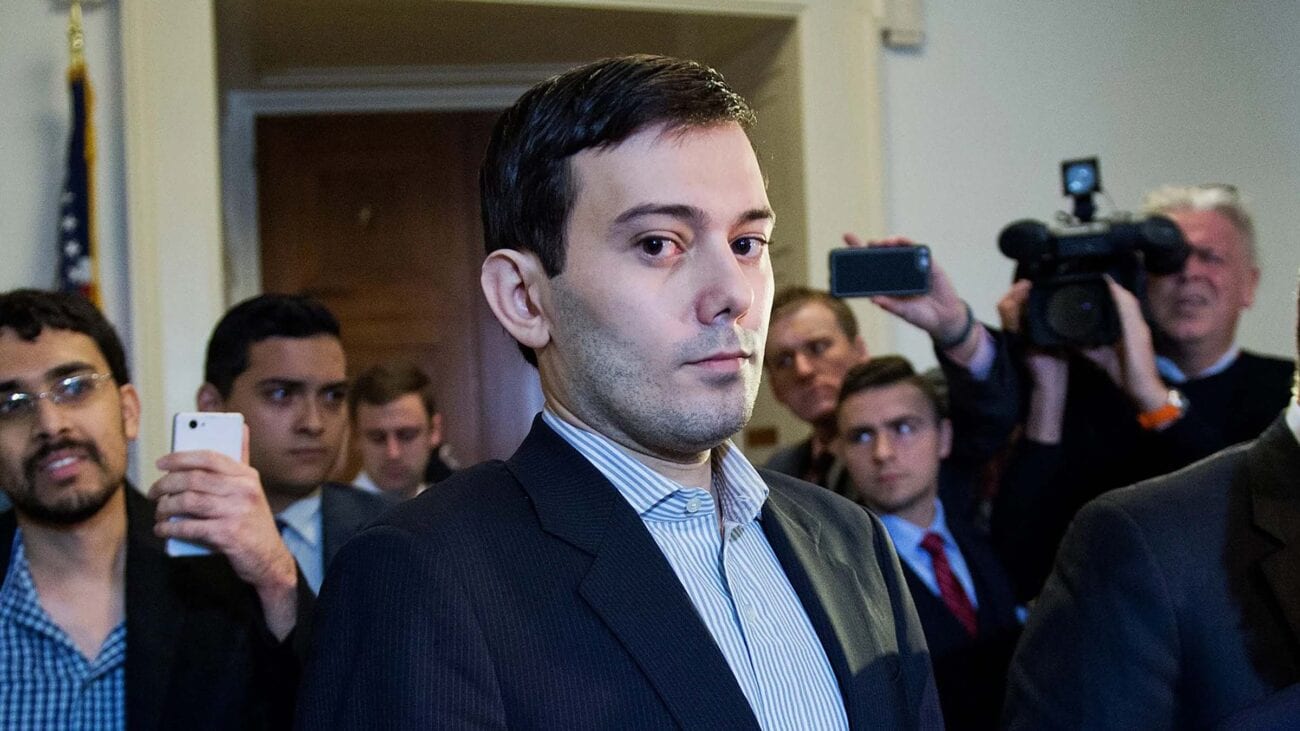 Convicted fraud and bunko conspirator Martin Shrkreli is now in a romantic relationship with Christie Smythe, the former Bloomberg news reporter who covered his arrest & trial, according to an Elle article. Smythe upended her “perfect little Brooklyn life” by falling in love with Martin Shkreli, a maverick hedge funder who rose to infamy before being sentenced to seven years in prison for fraud.

Under the title “The Journalist & the Pharma Bro” – a play on Janet Malcolm’s famous discourse on journalistic ethics, “The Journalist & the Murderer” – reporter Stephanie Clifford described how “over the course of nine months, beginning in July 2018”, Christie Smythe – who broke the story of Shkreli’s arrest in December 2015 – “quit her job, moved out of [her] apartment and divorced her husband”. 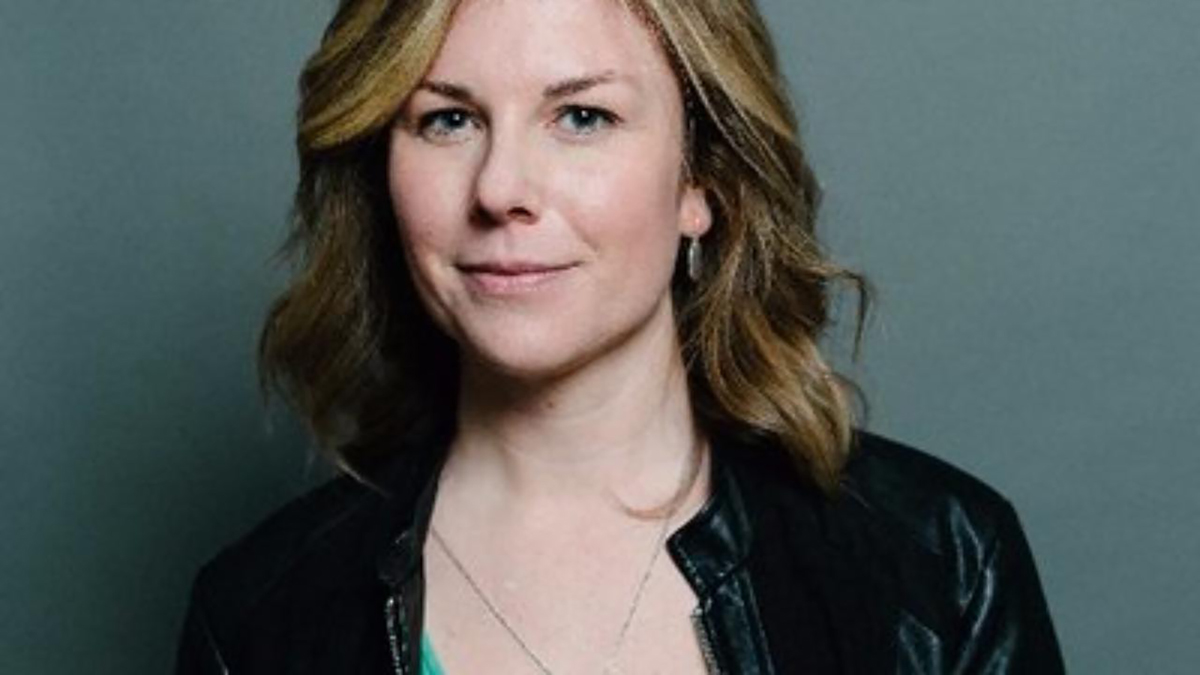 “What could cause the sensible Smythe to turn her life upside down?” Clifford asked. “She fell in love with a defendant whose case she not only covered, but broke the news of his arrest.

“It was a scoop that ignited the internet, because her love interest, now life partner, is not just any defendant, but Martin Shkreli: the so-called ‘Pharma Bro’ and online provocateur, who increased the price of a lifesaving drug by 5,000% overnight and made headlines for buying a one-off Wu-Tang Clan album for a reported $2m.”

Shkreli, now 37, was convicted of two counts of securities fraud and one count of conspiracy in August 2017, and sentenced in March the following year. In April 2019, he was moved from a low-security prison in New Jersey after the Wall Street Journal reported he was still running his old company via a contraband cell phone. He is now in a federal facility in Allenwood, Pennsylvania, due for release in 2023. 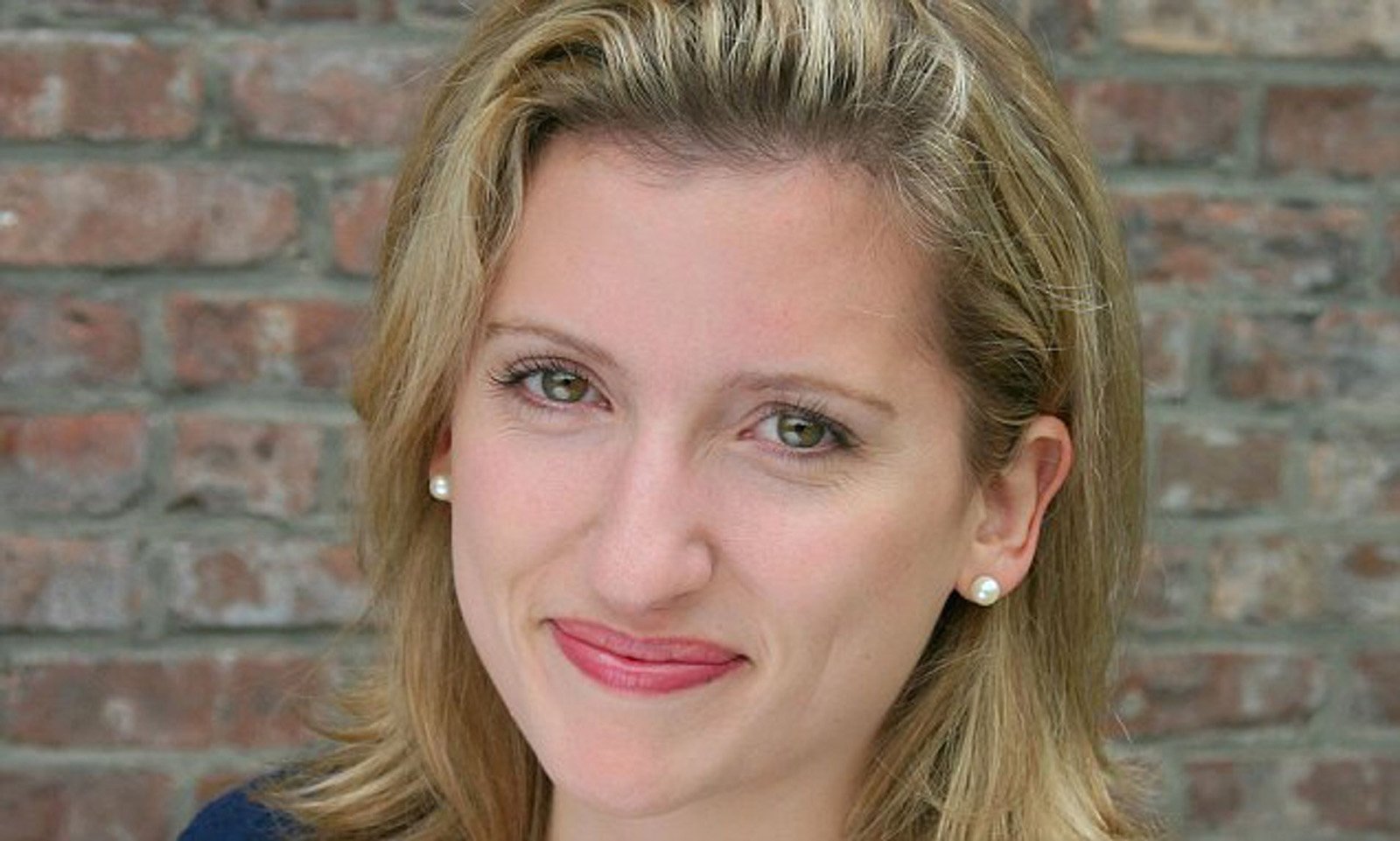 Attorney in the act

Martin Shkreli’s lawyer tried to talk the infamous “Pharma Bro’’ out of getting involved with former Bloomberg journalist Christie Smythe, the attorney told The New York Post on Monday.

“I do remember her very clearly — and never completely understood Martin’s relationship to and with women,’’ lawyer Ben Brafman said when asked about Smythe, who publicly declared her love for Shkreli in a bombshell Elle magazine interview published December 20. 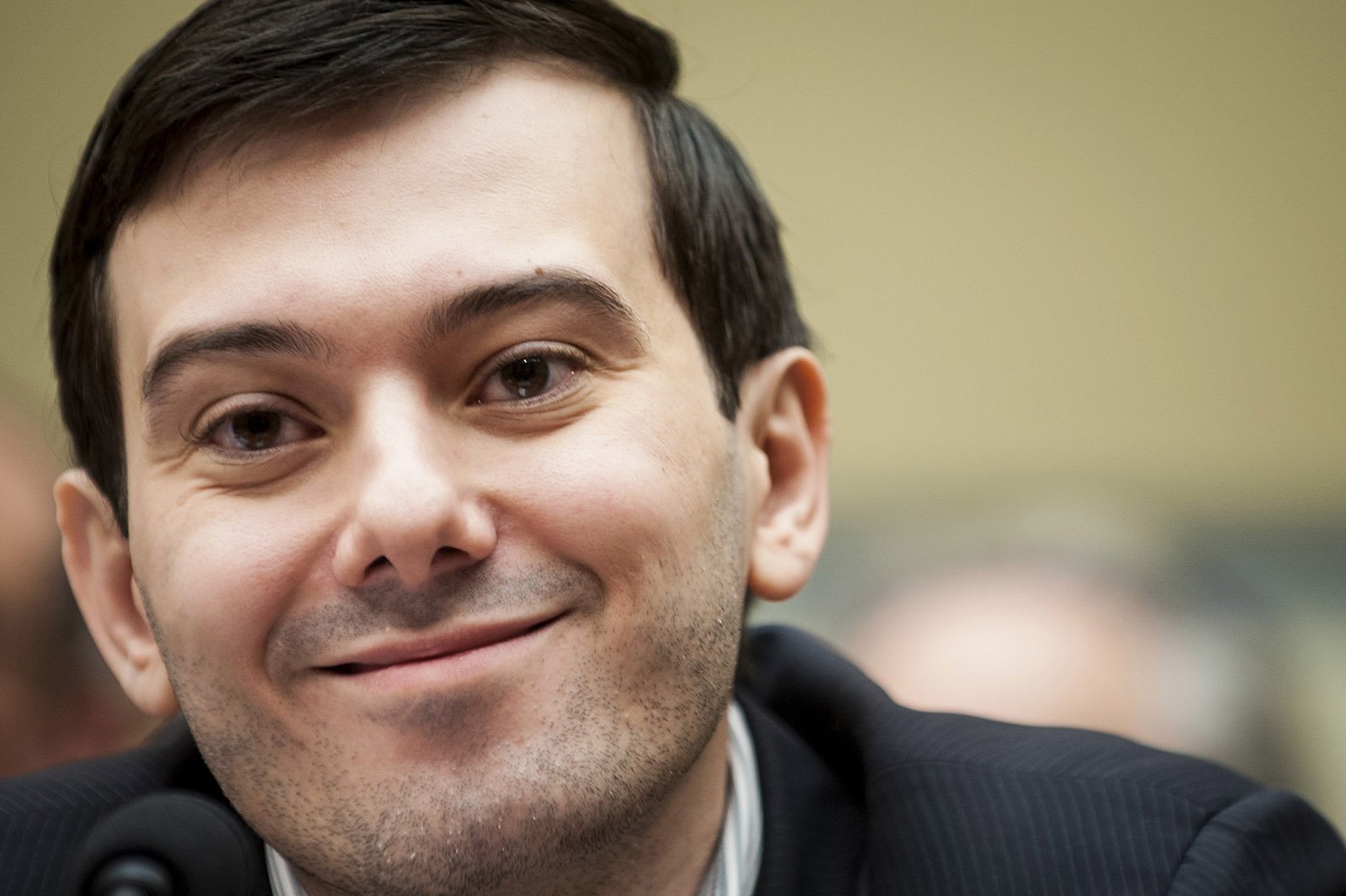 “My suspicion was, yes, that there was a relationship,” Brafman said of his client & Smythe, who described in the piece how she traded her husband and “perfect little Brooklyn life’’ for a romantic relationship with Shkreli, whose case she helped cover.

“Let’s just say that I talked to him about it and tried to explain that this relationship with a journalist who was essentially writing a book about the trial, a book about him, was not a great idea,’’ Brafman told The Post. “But you know, I was his lawyer. I wasn’t his guardian. Martin is a man of his own mind. . . [He] was indeed a complicated young man, and that’s an understatement. Most geniuses are.’’ 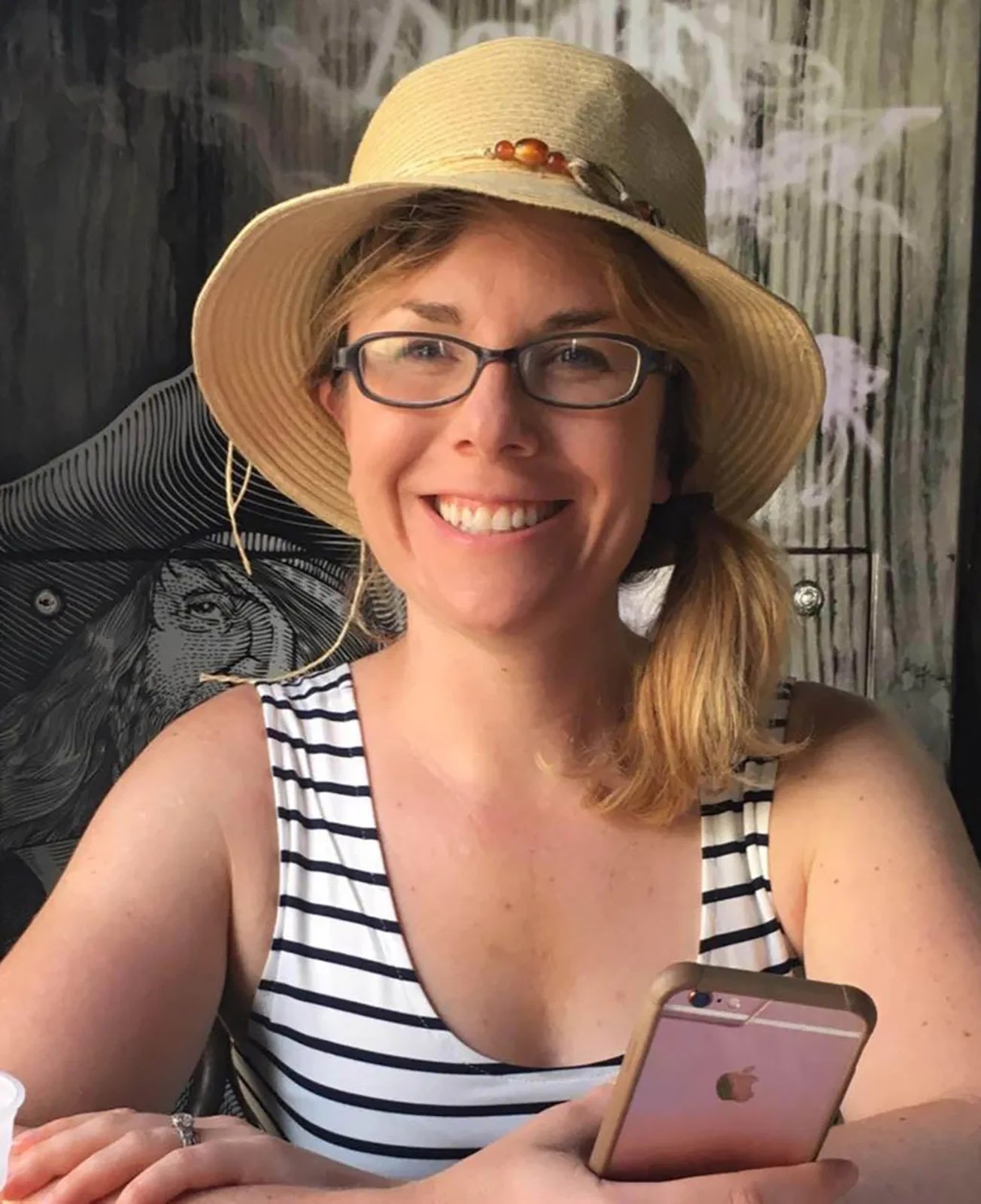 “They couldn’t touch beyond a chaste hug & kiss, per prison rules, and have never slept together,” revealed Clifford, “but the relationship moved forward through continued visits, phone calls, & emails.”

Smythe & Shkreli discussed “kids’ names & prenups”, Clifford reported, adding that Smythe now refers to Shkreli as her “life partner” and supported his unsuccessful application for release due to the coronavirus pandemic, in which he said he would live with an unnamed fiancée in Manhattan and work to find a cure for COVID-19. The piece also detailed Smythe’s attempts to land deals for a book and a movie.

Shkreli stopped communicating with Smythe, Clifford reported, when he found out about the article. His only comment was, “Mr Shkreli wishes Ms Smythe the best of luck in her future endeavors.” Elle reports that Smythe responded to Shkreli’s comment by saying “‘That’s sweet,’ quietly, not convincingly.” 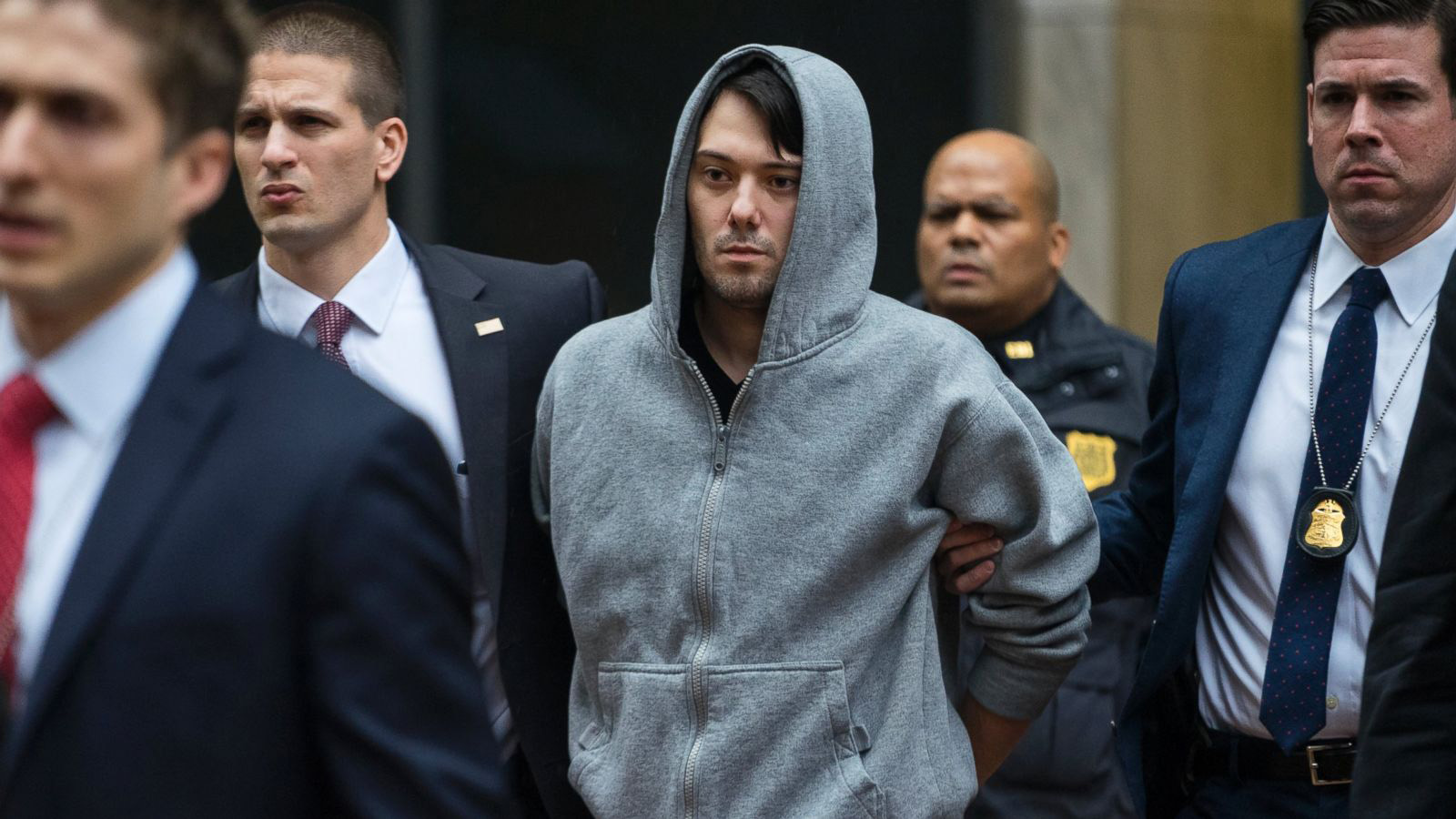 Describing her own reaction to Shkreli’s arrest back in 2015, the event which both gave her a huge scoop and kicked off her own personal saga, Smythe said, “I had the sense that there would be massive schadenfreude.” Such was the tone of much reaction after her own interview with Elle was published.

“Here’s another way to look at this whole mess,” wrote Katie Rosman, a New York Times reporter. “Christie Smythe sells Martin Shkreli out for the fame and the big book deal. Uses him, goes for the money, beats him at his own game. Price gouges the hell out of him while he sits in prison. Fairytale ending for the pharma bro age?”

However, there was also sympathy for Smythe from some commenters. “I don’t care how bad your love life has been this year,” said the writer Charlotte Clymer on Twitter. “If it doesn’t approach getting ghosted by Martin Shkreli from prison after torching your career & marriage for him, you’re doing just fine, Sweetie.”