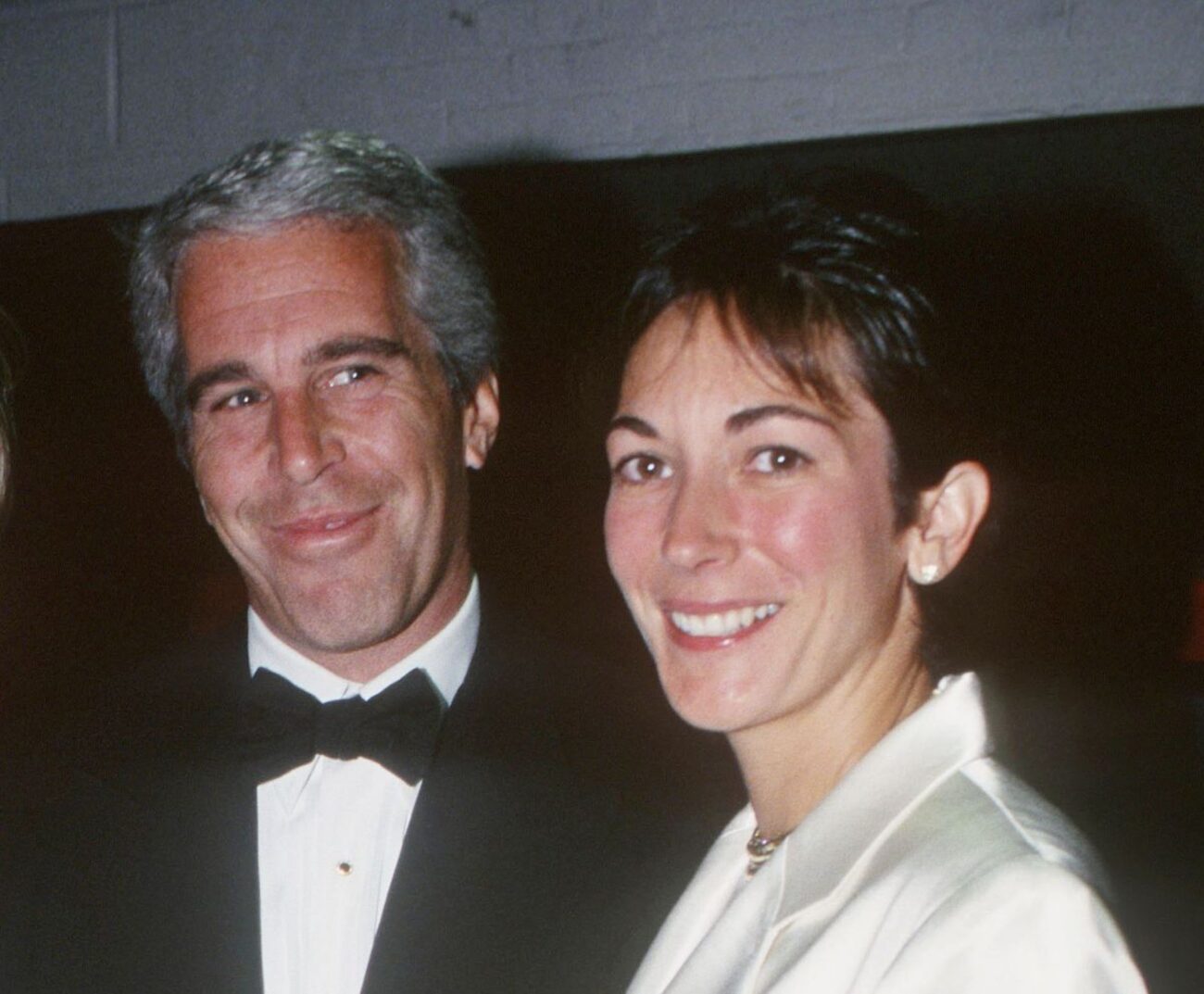 What’s happened to Ghislaine Maxwell during her trial this week?

Criminal court trials & proceedings happen every day in every city & county across the country. Some are as big as murder trials with the defendant fighting for their lives, and others are as minuscule as the defendant arguing the visibility of a speed limit sign to avoid a ticket. Out of all these trials, the court system produces a saga that captures the entire nation’s attention every few years.

Last month it was the Kyle Rittenhouse trial, and now that his decision has been handed down, the nation turned its attention to the trial years in the making. Ghislaine Maxwell is a British socialite and former girlfriend of convicted sexual predator Jeffrey Epstein. She’s now undergoing trial for numerous charges in relation to his behavior in the federal district courthouse in Manhattan.

Now that the first week has wrapped, here is a recap of what’s happened so far. 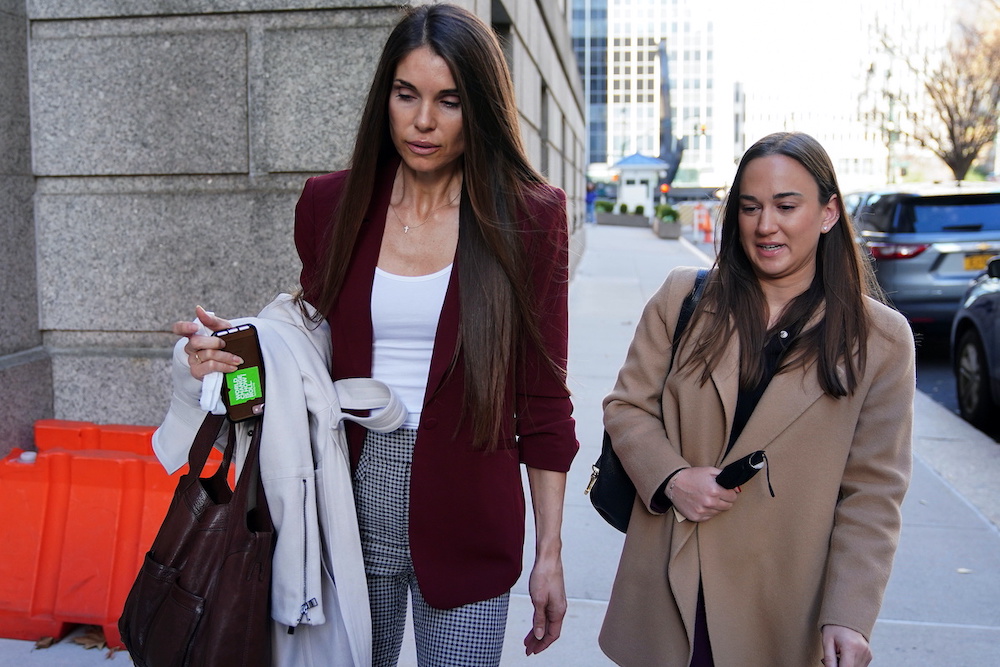 The indictment unsealed in July 2020 alleged that between 1994 through 1997, Maxwell & Epstein exploited girls as young as 14 years of age “by enticing them to travel & transporting them to engage in illegal sex acts.”

Knowing that Epstein had a preference for young girls, Maxwell is accused of playing a critical role in the grooming and abuse of minor victims in locations including New York, Florida, and New Mexico. The indictment states that Maxwell facilitated Epstein’s access to minor victims by “inducing & enticing and aiding & abetting the inducement & enticement of multiple minor victims.”

In March, two new U.S. federal charges were filed against Maxwell, being a part of a sex trafficking conspiracy & sex trafficking of a minor. Maxwell already faced six more before these two charges were added to the indictment. She has denied all these charges and her lawyers argue that she’s being made a scapegoat for Epstein’s crimes; alleging that Maxwell was not involved in what’s happened. 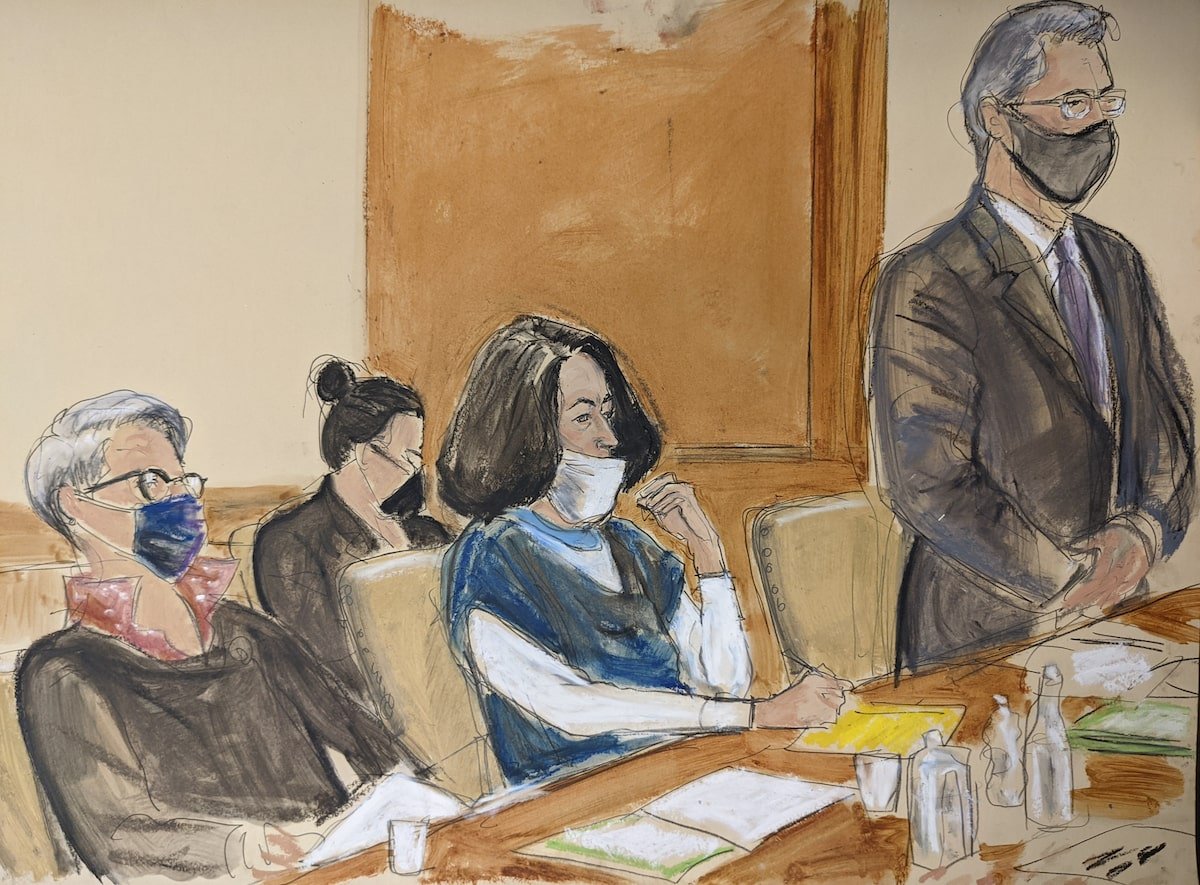 Who are the people involved with Ghislaine Maxwell’s trial?

Maxwell’s federal prosecutors’ indictment details her interactions with four alleged underage victims. Prosecutors say Maxwell “groomed” them by doting on them and undressing in front of them to “normalize” inappropriate conduct. One accuser expected to testify, Annie Farmer, has publicly identified herself.

The indictment alleges Maxwell gave Farmer (Minor Victim 2) an unsolicited massage while Farmer was topless and encouraged her to massage Epstein. The other three alleged victims will testify under pseudonyms as to what’s happened. 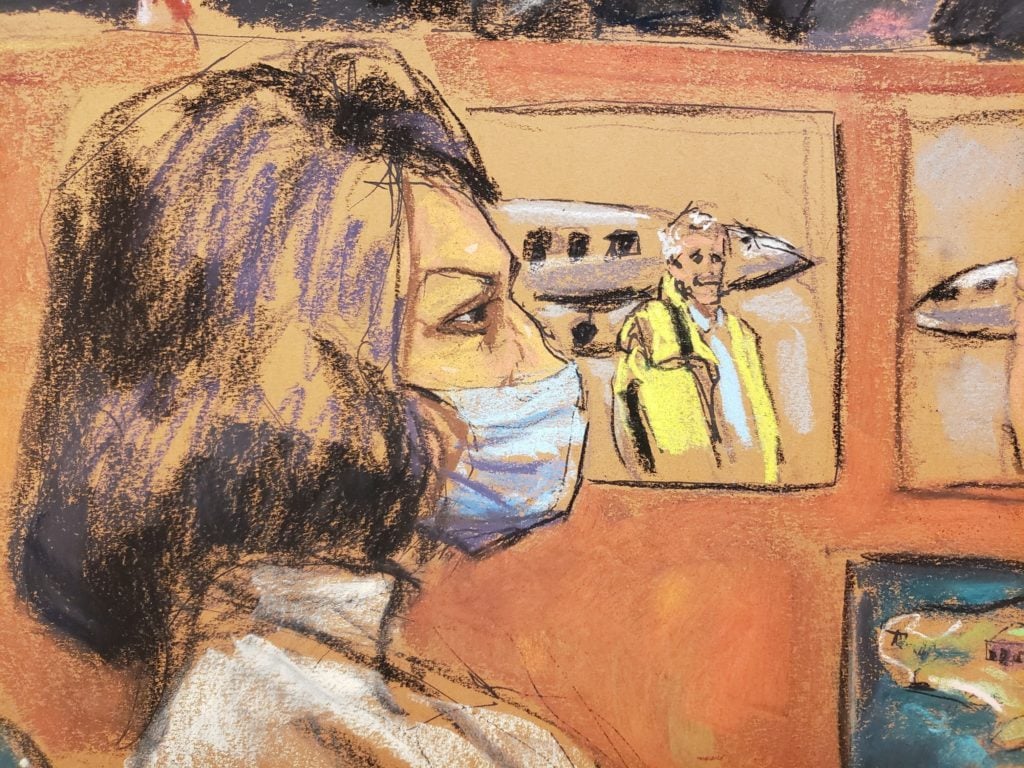 U.S. District Judge Alison Nathan is presiding over the case. Nathan, 49, was nominated by former President Barack Obama to the court in 2011. She presided over the U.S. Securities & Exchange Commission’s suit against Tesla Inc Chief Executive Elon Musk. The 2nd U.S. Circuit Court of Appeals recently nominated Nathan. Nathan said she was honored by the nomination but would see the Maxwell trial through. 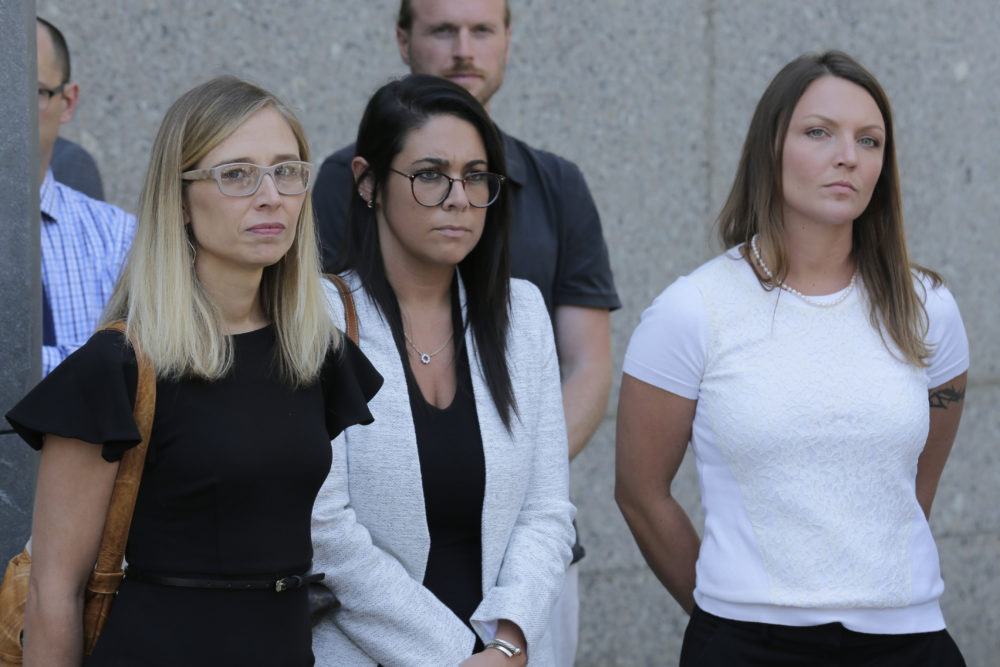 On the first day of trial, the prosecutor Lara Pomerantz presented evidence of how Ghislaine Maxwell helped Epstein sexually abuse one accuser referred to as Jane. The New York Times reported that the prosecutor told the jurors she met Epstein & Maxwell in 1994, during a “seemingly innocent” encounter that began at a picnic table.

On Tuesday, another accuser testified that Maxwell was often in the room when the witness & Epstein had sexual intercourse, the Associated Press reported. On the fourth day of the trial, on Thursday, some expert witnesses were brought in who described how sexual abusers “groomed” their victims.

During the same day of the trial, 71-year-old Juan Alessi, who claims to be the property manager at Epstein’s Palm Beach residence from 1990 until 2002, read from a fifty-eight-page document titled “Household Manual,” which consisted of rules for employees. 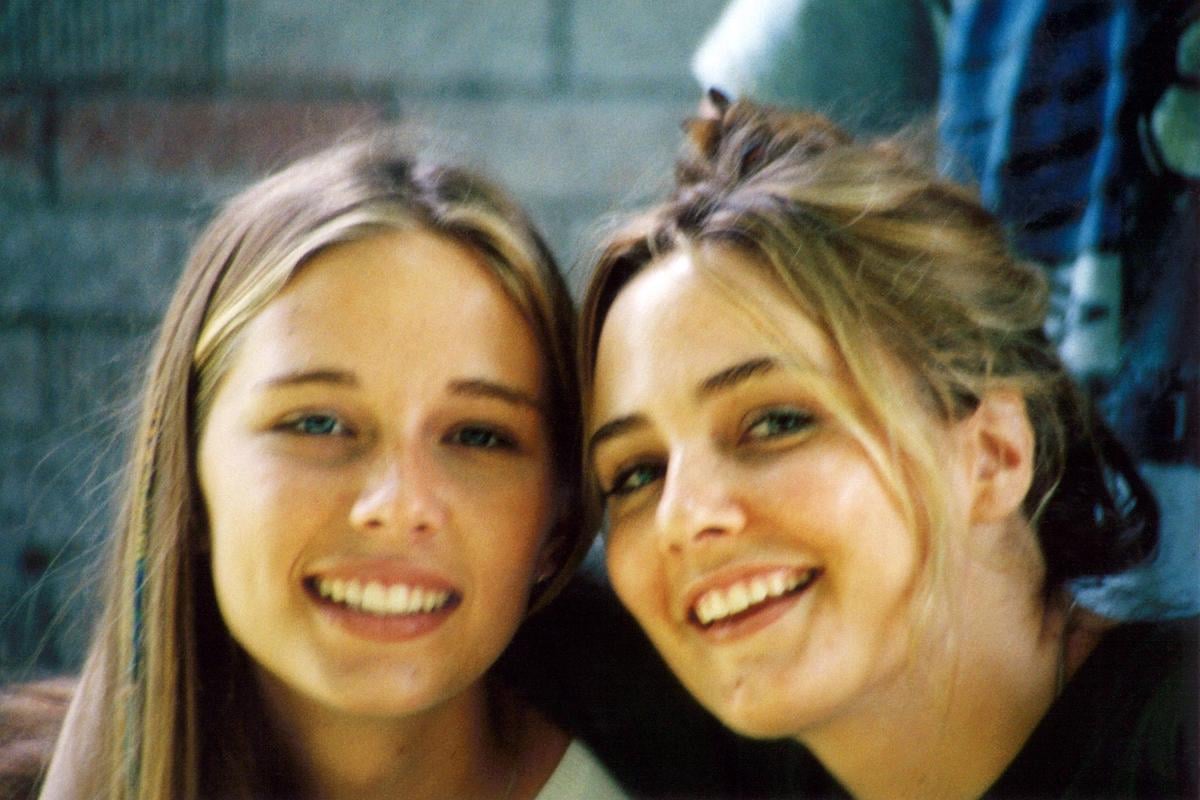 The New York Times reported that, among other regulations in the manual, one advised employees to “try to anticipate the needs of Mr. Epstein, Ms. Maxwell, and their guests.” It also said that employees should “Remember, that you see nothing, hear nothing, say nothing except to answer a question directly to you. Respect their privacy.”

On the fifth day, the prosecution unfolded a green massage table seized from Epstein’s Florida residence in 2005 and asked a witness to identify it.

Revelations will continue to come to light as Ghislaine Maxwell’s trial unfolds and new information & evidence is introduced. Many of the world’s elite are seemingly nervous as many of them had previous connections to Epstein, including Bill Clinton, Donald Trump, and a handful of Hollywood stars.