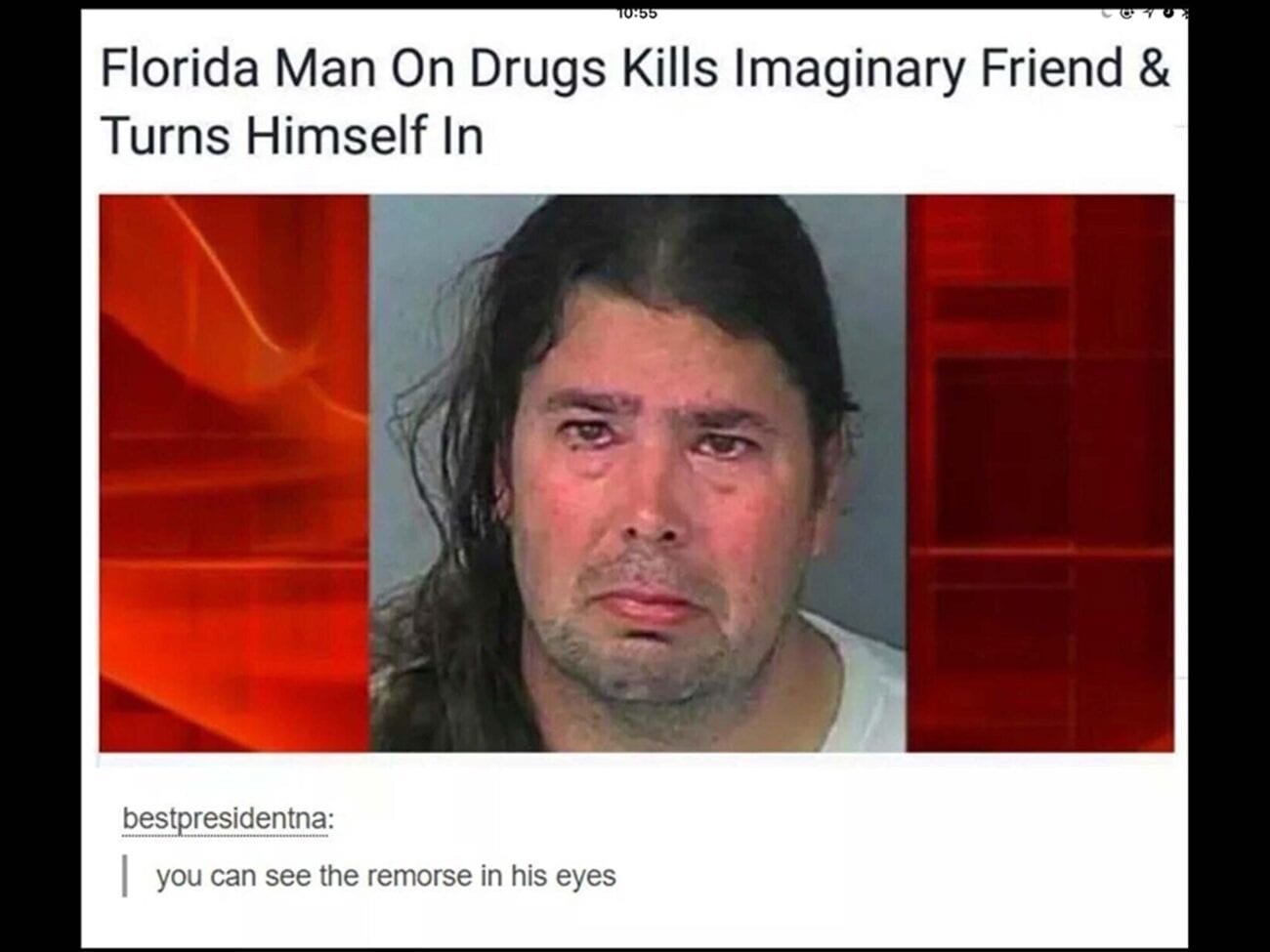 We’ve all been waiting patiently for this quarantine to end and although most people are in the same boat, our good ol’ crazy friends in Florida haven’t taken a break from doing whatever the hell it is they do there. We hope that these headlines put a smile on your face and extra reason to not leave your house. 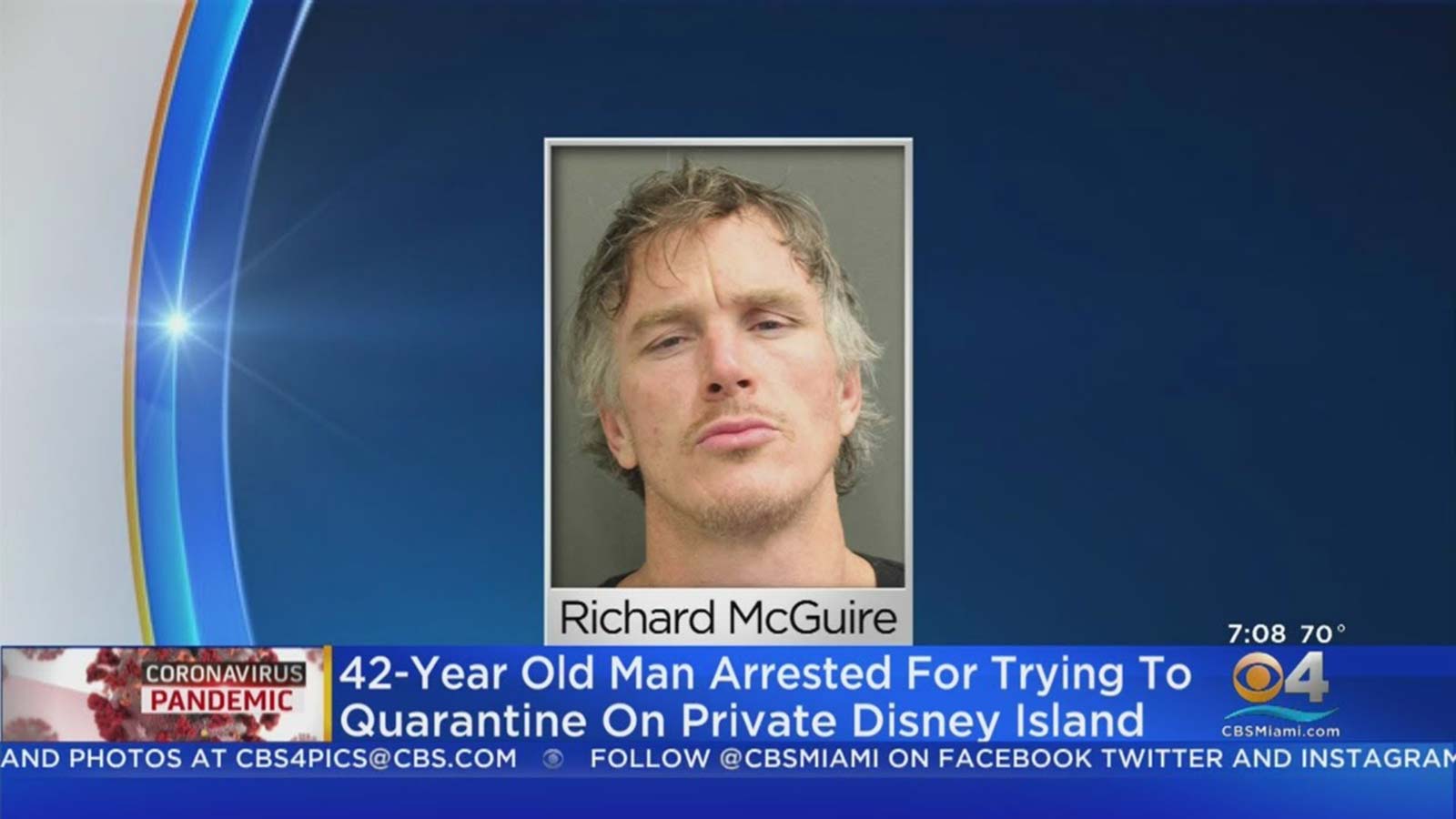 Quarantine on a Disney island

Orange County Sheriff’s deputies found Richard McGuire on Disney’s Discovery Island. He said he’d been there for a few days already and had planned to camp there for a week before authorities found him and removed him from the premises. Our advice for next time? Get yourself a Mickey costume. 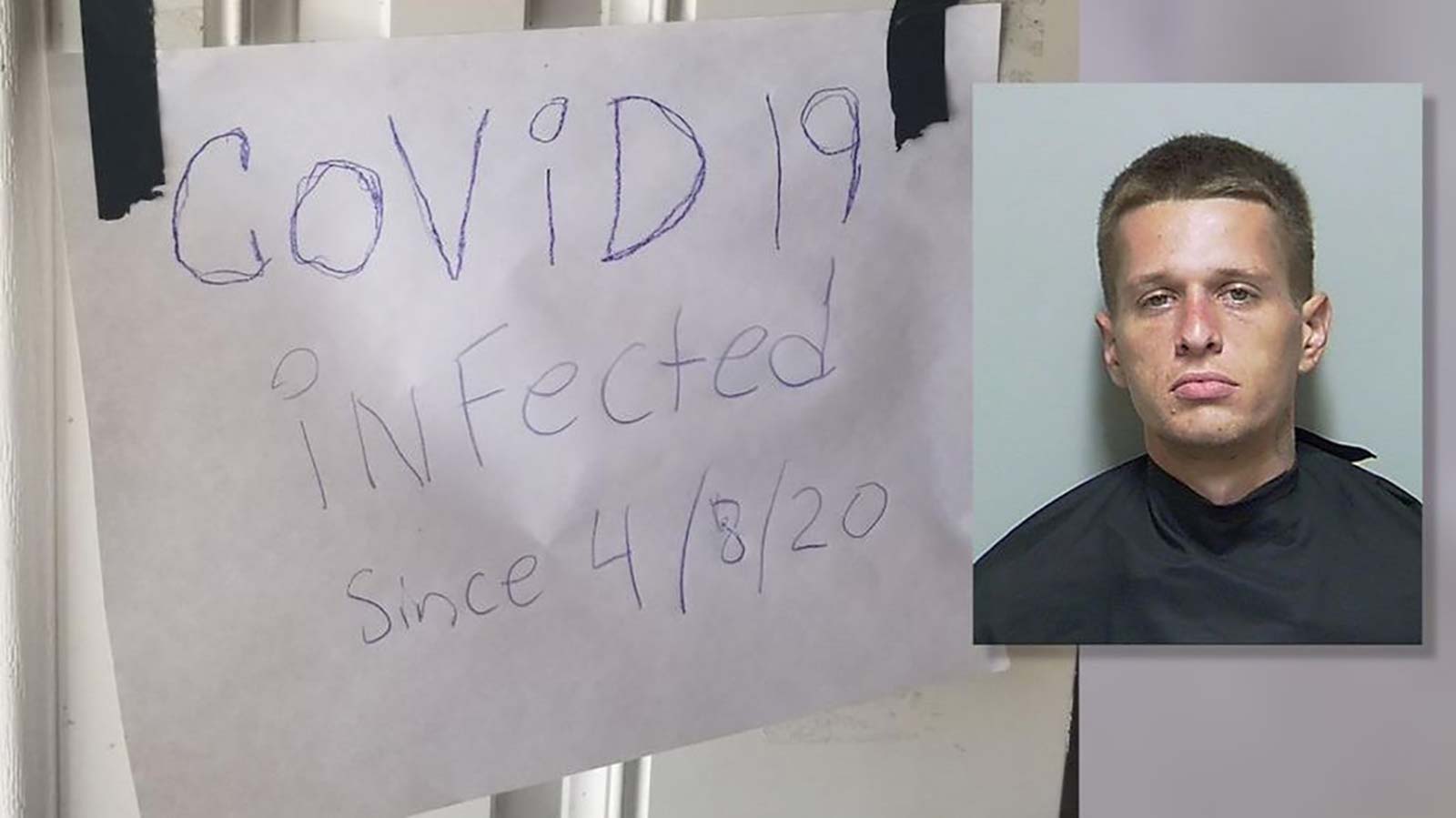 A Florida Man tried to deter authorities by placing a makeshift sign on his door that claimed he was infected with coronavirus. Officers that went to arrest the man discovered a handwritten sign in blue ink that read “COVID 19 infected since 4/8/20.”

For those would-be escape artists, the Putnam County Sheriff’s office posted this reminder on Facebook: “Placing a fake ‘Covid-19’ sign on your door will not stop us from kicking it in when you have felony warrants for your arrest.” 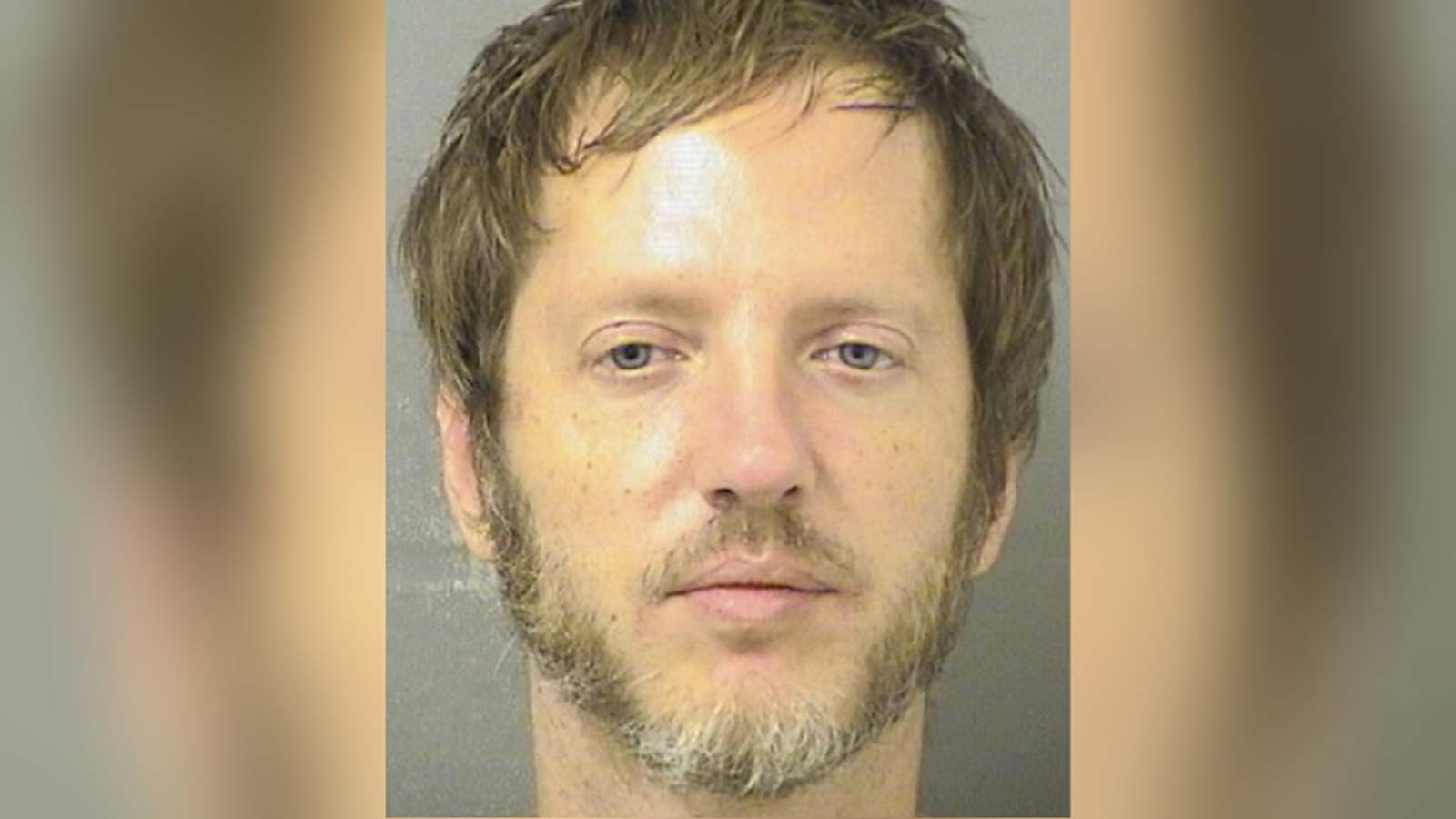 A Florida Man is facing felony charges after police said he let a 12-year-old girl drive his SUV and told her to speed because he wanted to be a “cool father” — even though he’s not even her dad. The man also told officers he had been drinking. The only thing this scene is missing is this Florida Man drinking from a plastic “world’s greatest dad” trophy. 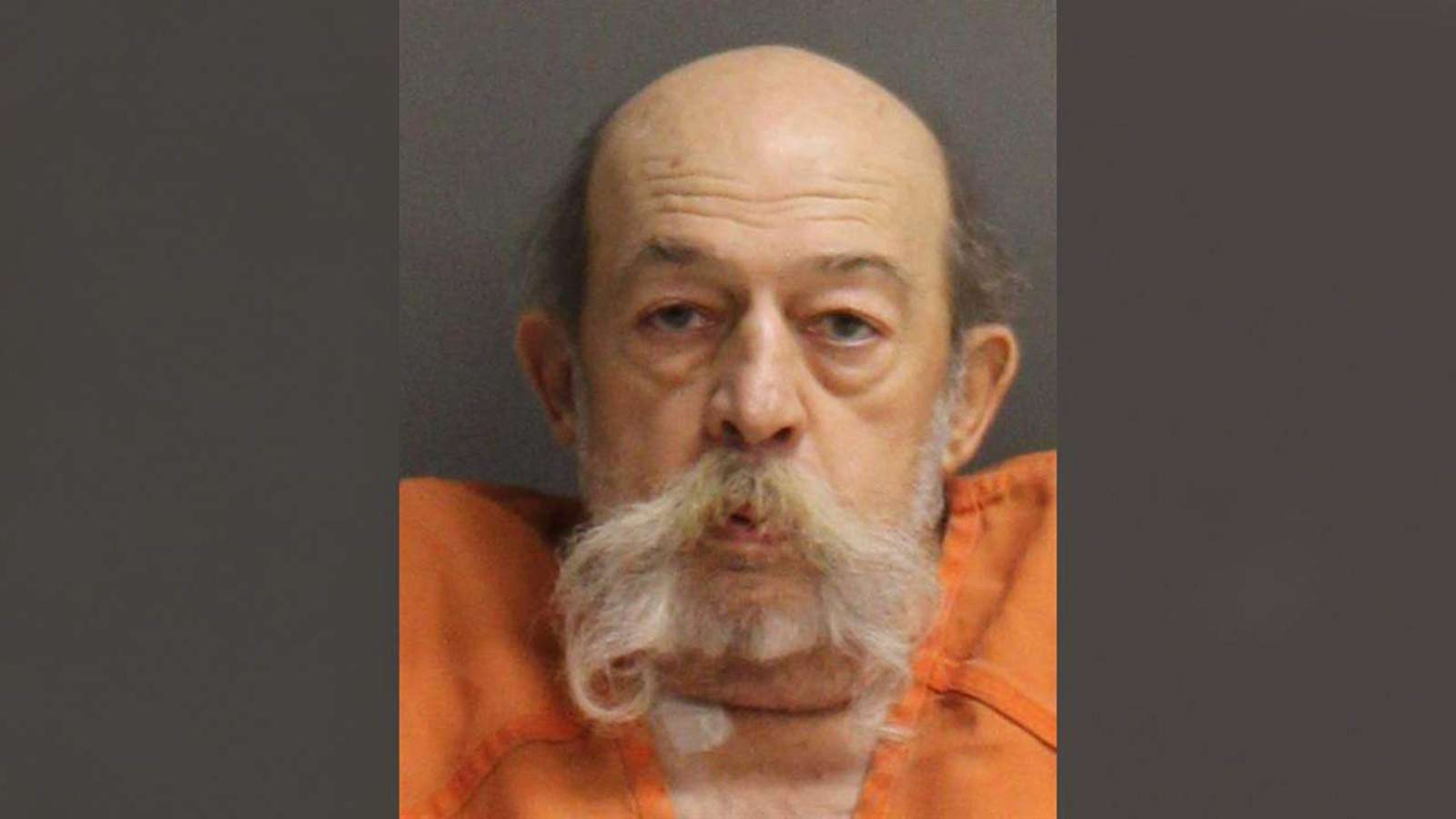 Florida authorities say Florida Man John King admitted to setting a plastic bag on fire in an attempt to get the attention of the hospital staff. His hospital roommate told authorities he saw King light something on fire and tried to convince him to put it out. When roomie returned to his bed, he saw King lighting a fire once again.

The roommate called the staff in panic: “The motherf–er in here lit his bed on fire. I can’t breathe. The smoke is in the room.” King said he had no intention of harming anyone – he thought a fire would finally get the staff’s attention. 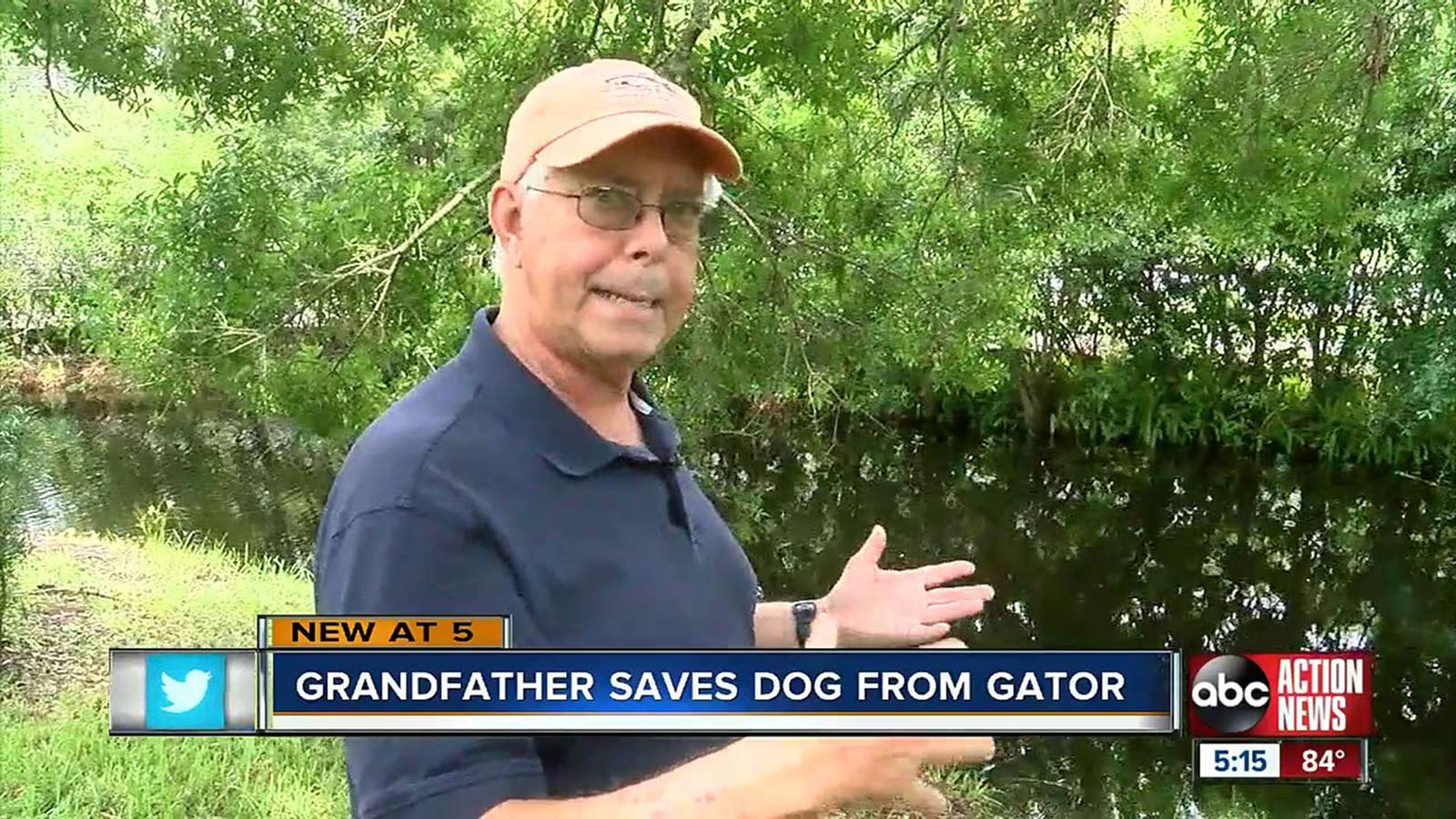 A nearly 13-foot gator grabbed a Florida Man’s 6-year-old rescue pup, pulling it into the water. The man wasn’t going to just let the gator go, though.

“I grabbed the dog’s collar to try to pull him back and I ended up in a tug of war match with this gator and the gator was not letting go,” he recounted. “So I let go of the collar and I got about knee-deep into the water and started pounding on the gator’s head until he eventually let go.” Just another day in the bayou. 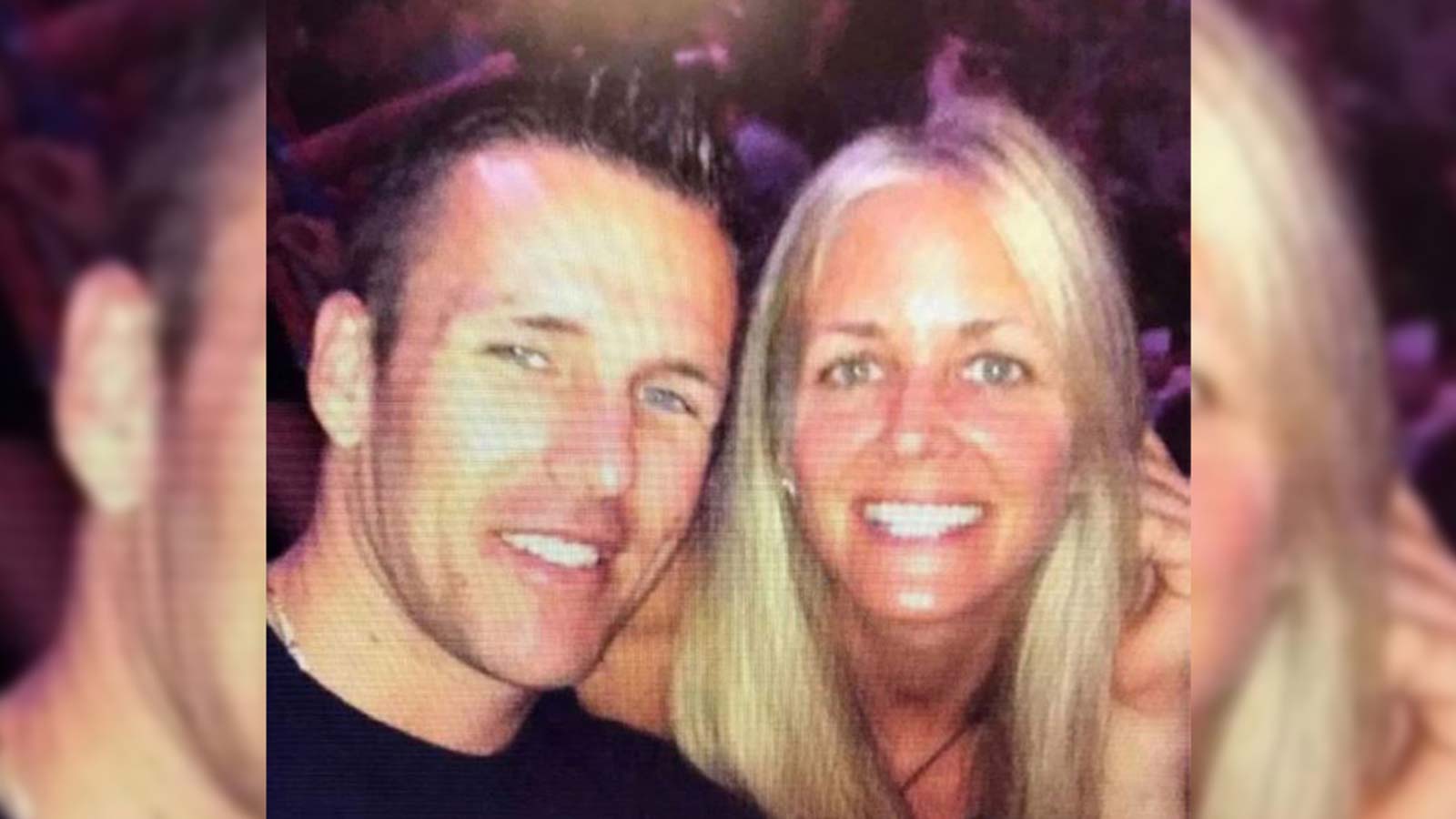 Florida Man David Anthony is under arrest for allegedly killing his wife and attempting to cover up the crime. Anthony used her cell phone to send text messages that appeared to come from the victim, telling family & friends she was in quarantine after contracting coronavirus.

Suspicion arose among the family of the victim and they contacted police. Upon inspecting the victim’s home, police found enough evidence to detain the suspect. The investigation is still ongoing. 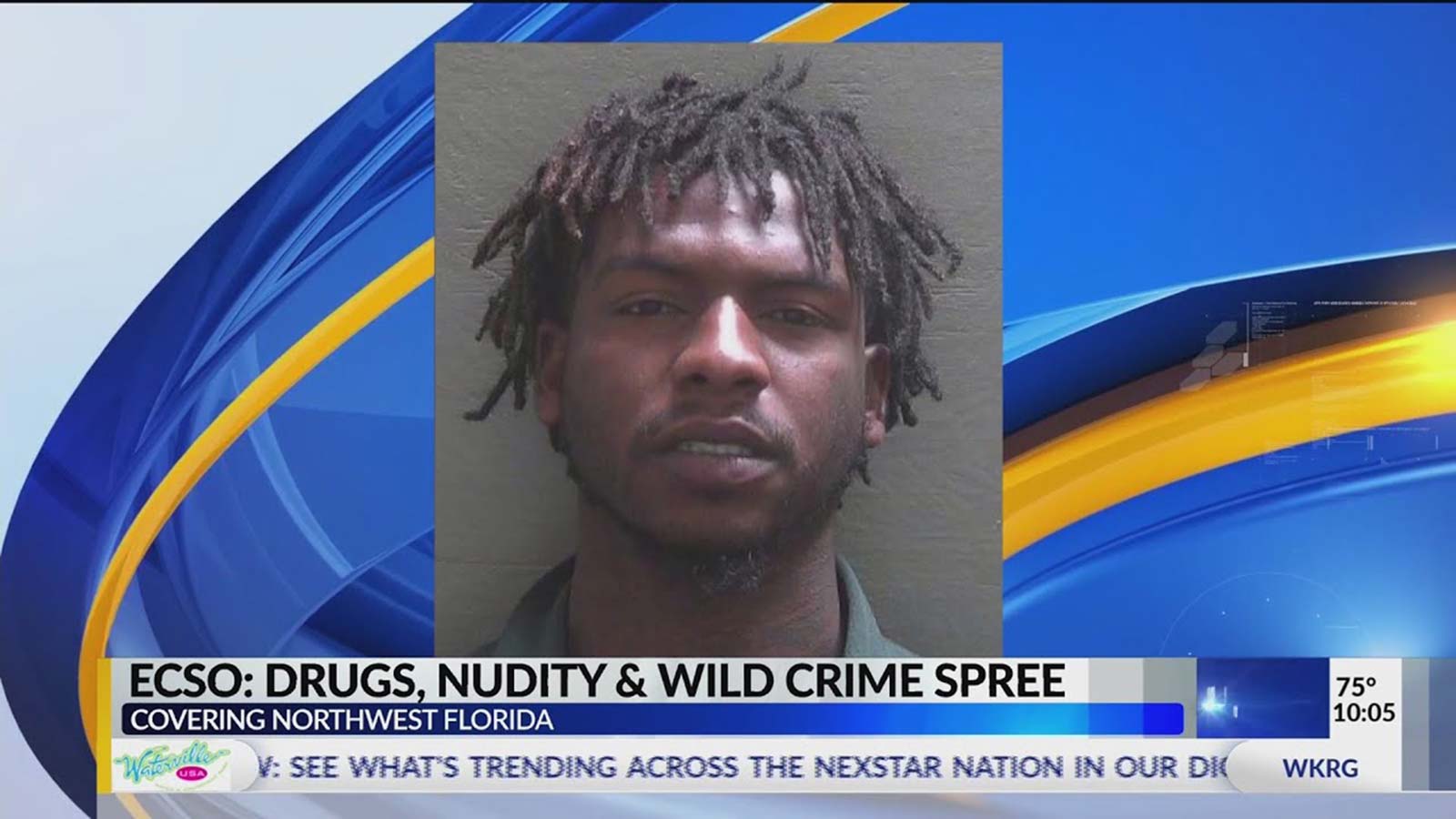 Witnesses report seeing 23-year-old Lahorace Pickett Jr. at a Florida flea market, jumping on a coin machine while kicking & punching it. Eventually the machine fell to the ground, after which Pickett exposed himself and started screaming “call the cops, the dead are rising.”

Deputies say Pickett was chased out to the parking lot and stripped naked, then stole someone’s Chevrolet Sonic. Soon afterward, a call came in from an elderly woman who said Pickett approached her in the stolen car, grabbed her hair & tried to kiss her, then picked up a piece of concrete and threatened to kill her. He was arrested before anyone was hurt. 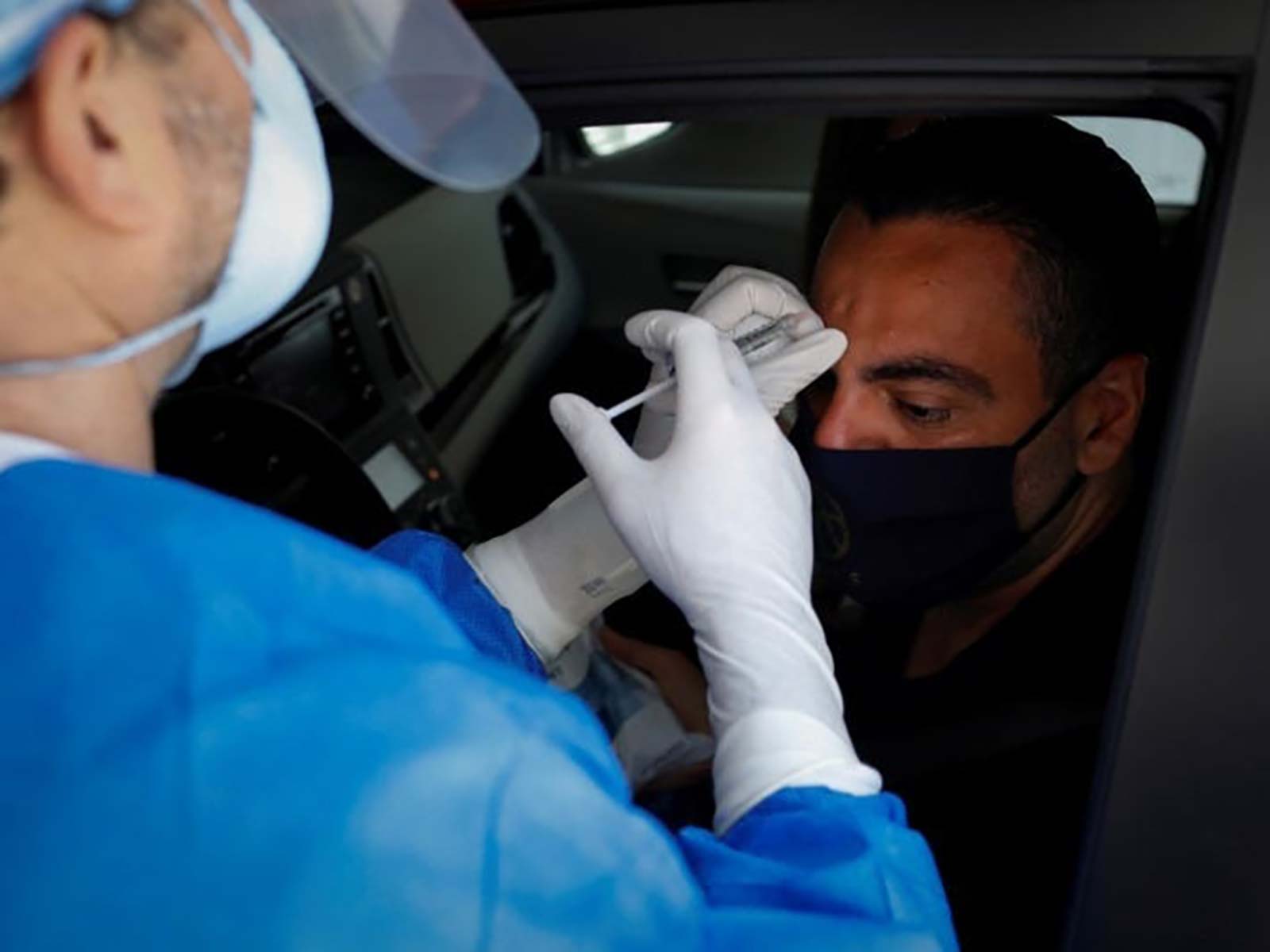 Plastic surgeon Michael Salzhauer has been conducting drive-through Botox injections in the garage of his building for those residents who want that post-quarantine glow. 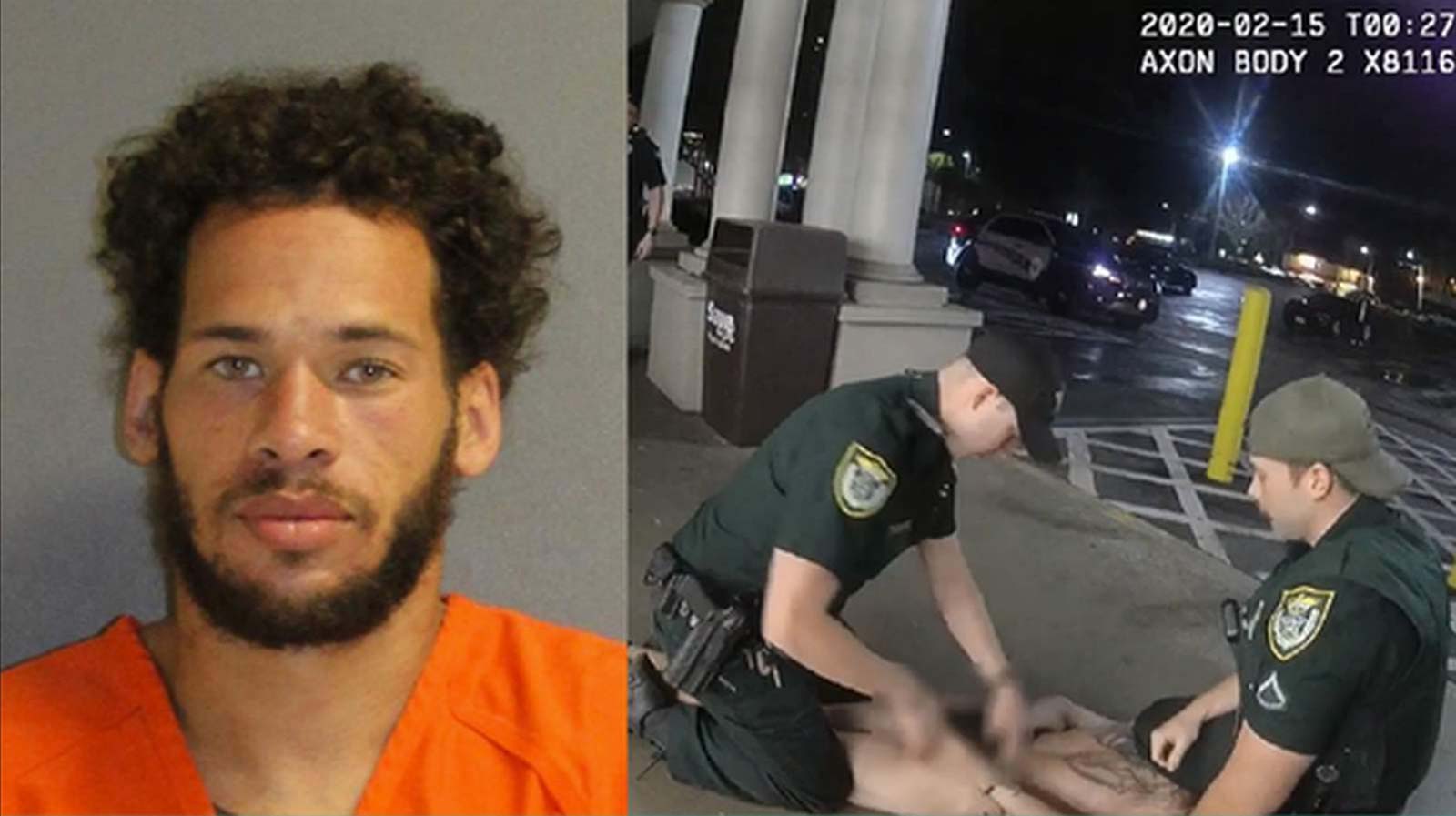 You got some meat in those pants?

28-year-old Stefan Short shoved meat down his pants to try and shoplift from a local grocery store. After being caught by the store owner, he was tackled to the ground, but Short shimmied out of his clothes. In an attempt to escape, meat fell out of his pants as he ran naked from the store. Authorities arrived, but said Short refused to obey their commands so they used a Taser on him, striking him with a prong on his genitals and another prong on his abdomen.

Officers removed the prong from Short’s abdomen but he had to be taken to a hospital to have the other prong removed from his penis. Short is accused of stealing four ribeye steaks and a butterscotch pudding valued at $42.23. I don’t know about you, but I’m not about to get tased in the d$#k for some pudding.

Hopefully these headlines prove to you that, even in a global pandemic, Florida Man has not lost his title and craziest man on the planet. For this, Florida Man we salute you!