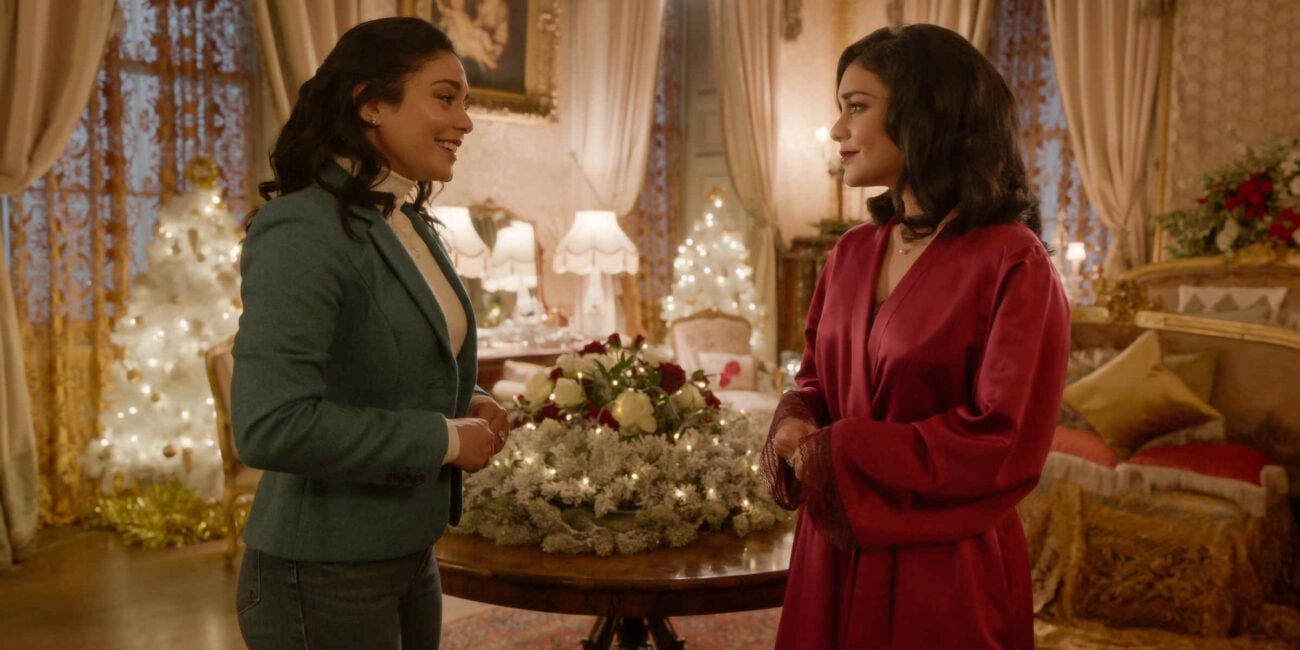 Based on the story Prince and the Pauper, The Princess Switch movies present everything from the classic identity exchange to awkward stumbles, a royal wedding, and detective work. The Princess Switch films are fun & silly, making it an enjoyable watch for the holidays.

As Vanessa Hudgens pulls a Lindsey Lohan – The Parent Trap – in these Christmas movie sagas; she takes it up a notch by mastering not two but three doppelganger characters. Stacy DeNovo, the Duchess & the sassy Lady Fiona Pembroke may all be related somehow but they look like identical triplets. When they all swap places, the cheesy holiday adventure ensues. 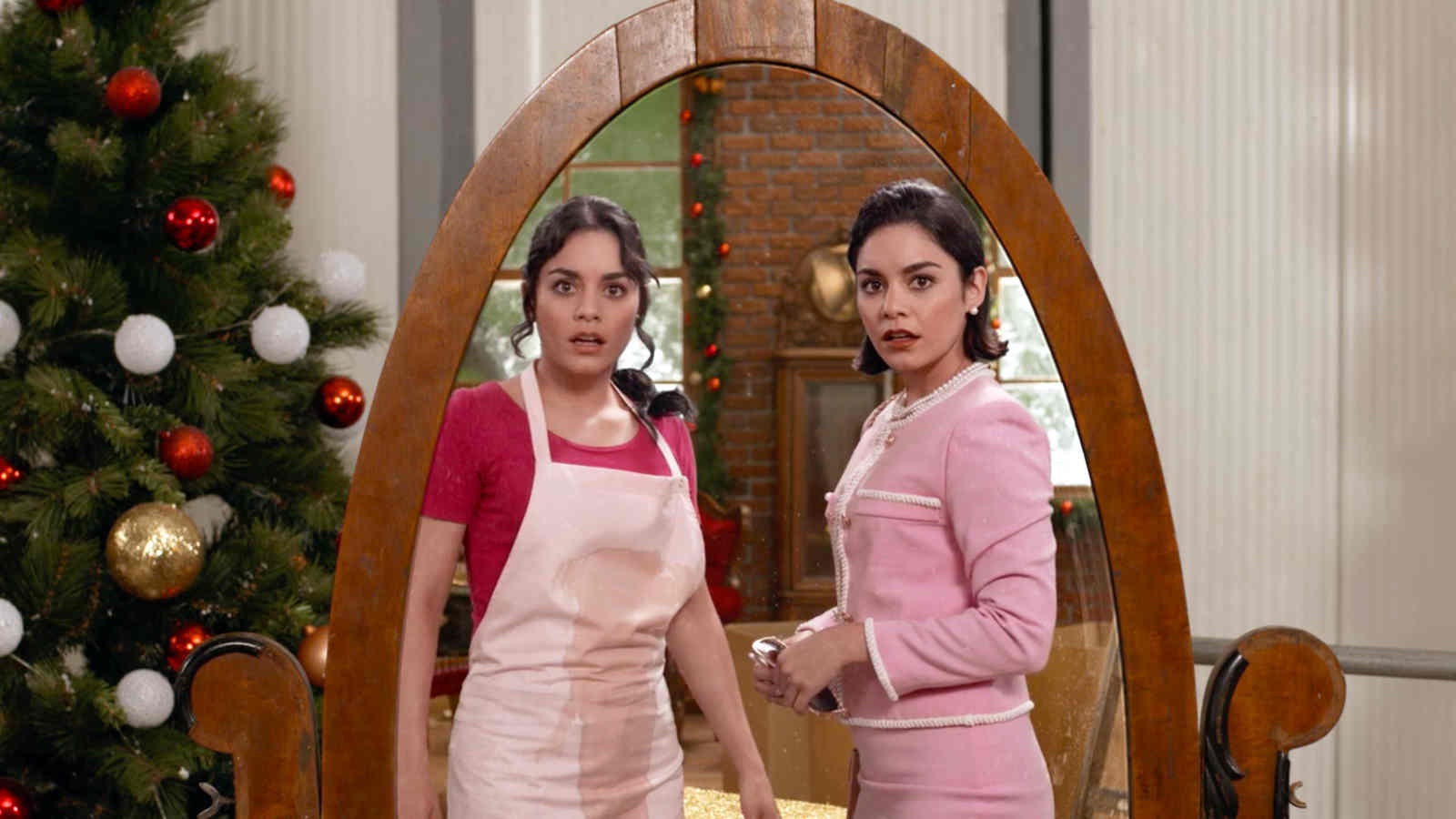 Before we spill the beans on how to watch The Princess Switch movies for free, here’s a little bit of a movie refresher. The first of the Netflix original Princess Switch franchises stars a humble Chicago baker, Stacy DeNovo (Hudgens), who gets invited to a prestigious baking contest in the fictitious European country called Belgravia.

There, she meets Lady Margaret Delacourt – Duchess of Montenaro (also Hudgens). Once they realize their strikingly similar physical features The Parent Trap switching antics begin. The swap seems to work out for both characters, as they find romance and a fairytale ending.

The films later introduce the third Vanessa Hudgens character, Lady Fiona Pembroke, in the second movie The Princess Switch: Switched Again. The movie picks up where the first one leaves off, reminding the audience that Stacy & Edward are happily married, consumed by royal responsibilities. 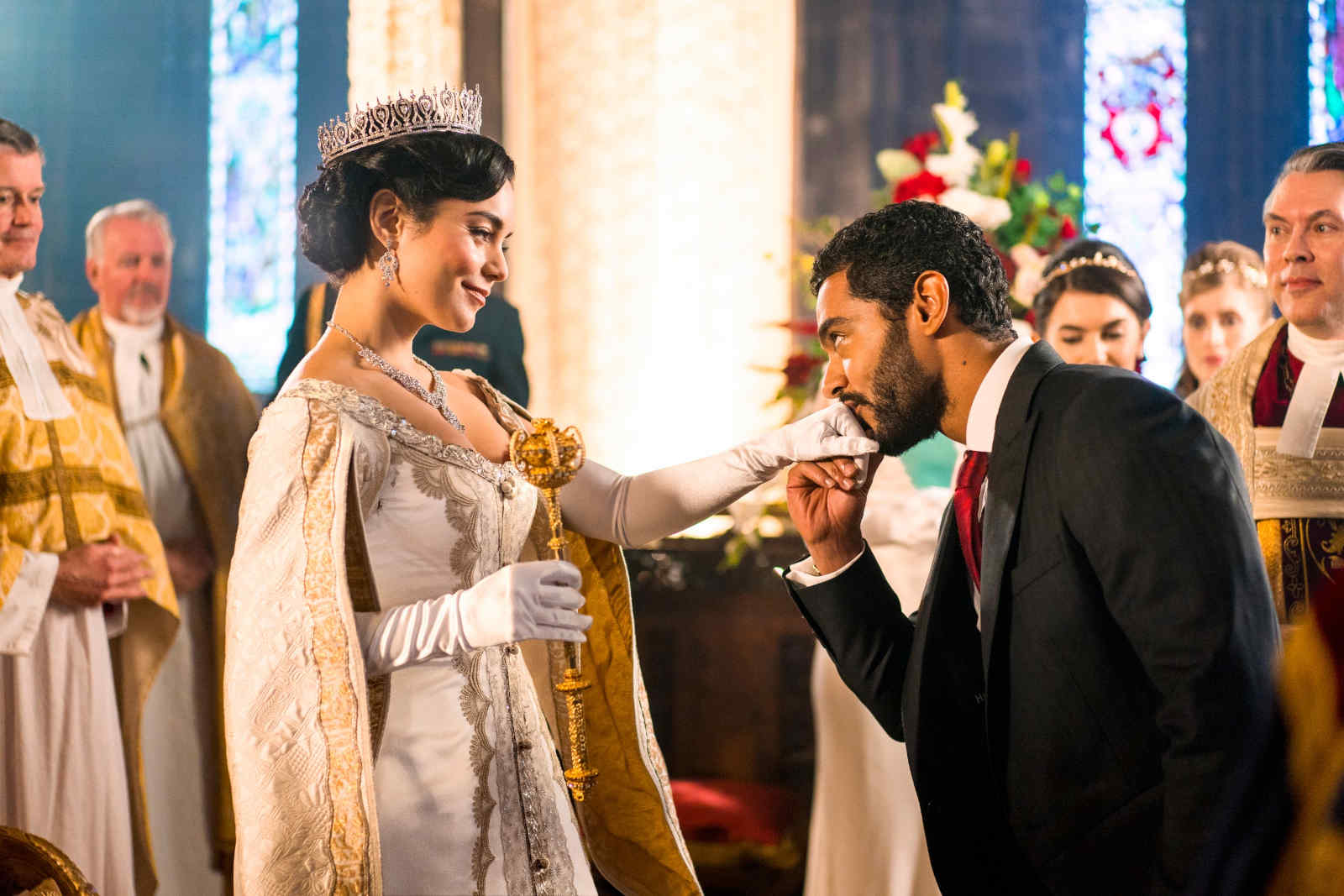 Margaret & Kevin didn’t work out largely because of unforeseen circumstances that forced Margaret to assume Montenaro’s throne. Stacy then revisits Chicago to convince Kevin & his daughter, Olivia, into attending Margaret’s coronation. This brings the gang back together (adding Lady Fiona Pembroke) with a whole new plot.

According to Variety, “This of course will require another secret ‘switch’ — one further complicated by the meddling of Margaret’s cousin Fiona (Hudgens again, with long blonde wig and engorged lips), a junior Cruella De Vil for the Kardashian era who’s already blown through her considerable inheritance. Ergo she and her ‘minions’ hatch a plot to kidnap Margaret long enough to steal her crown and fortune.” 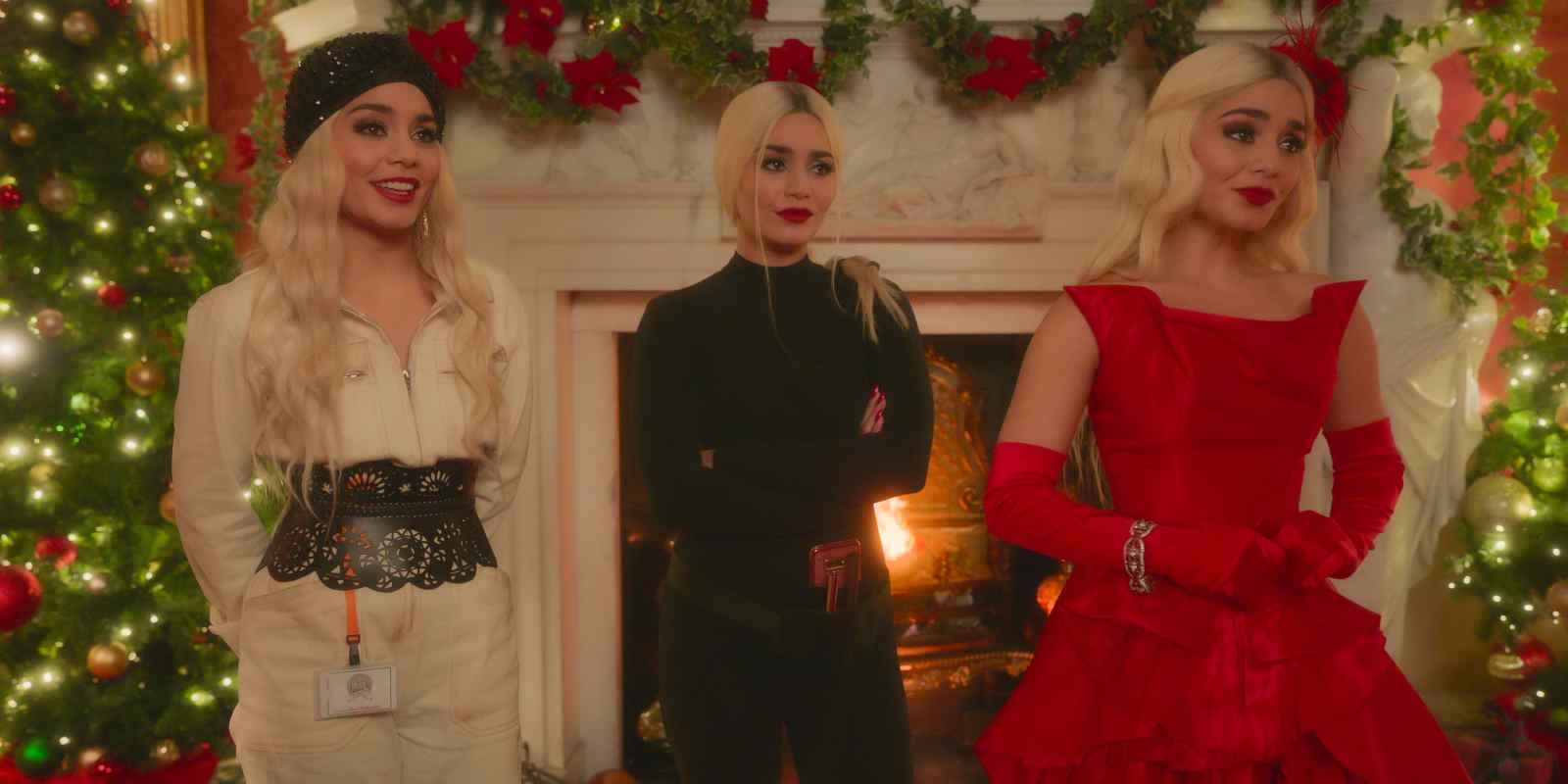 Margaret’s cousin Fiona made such a big splash that the creators of The Princess Switch saga had to make another just in time for the holidays. The Princess Switch: Romancing the Star was released on Netflix Thursday, November 18th, and is now available for streaming. Netflix is just one option on how to watch The Princess Switch movies; we have plenty more!

In the movie’s official description, The Princess Switch: Romancing the Star says there will not be a fourth character played by Vanessa Hudgens. Instead, the three women will come together to catch a thief who stole a prized Christmas artifact from the royal family.

According to ScreenRant, “However, there is no more romancing for Stacy and Margaret as they are now happily married; they’ve solved their issues in the previous sequels. This time Fiona takes center stage on the romance front, rekindling her relationship with former Interpol agent Peter Maxwell (played by the very handsome Remy Hii).” 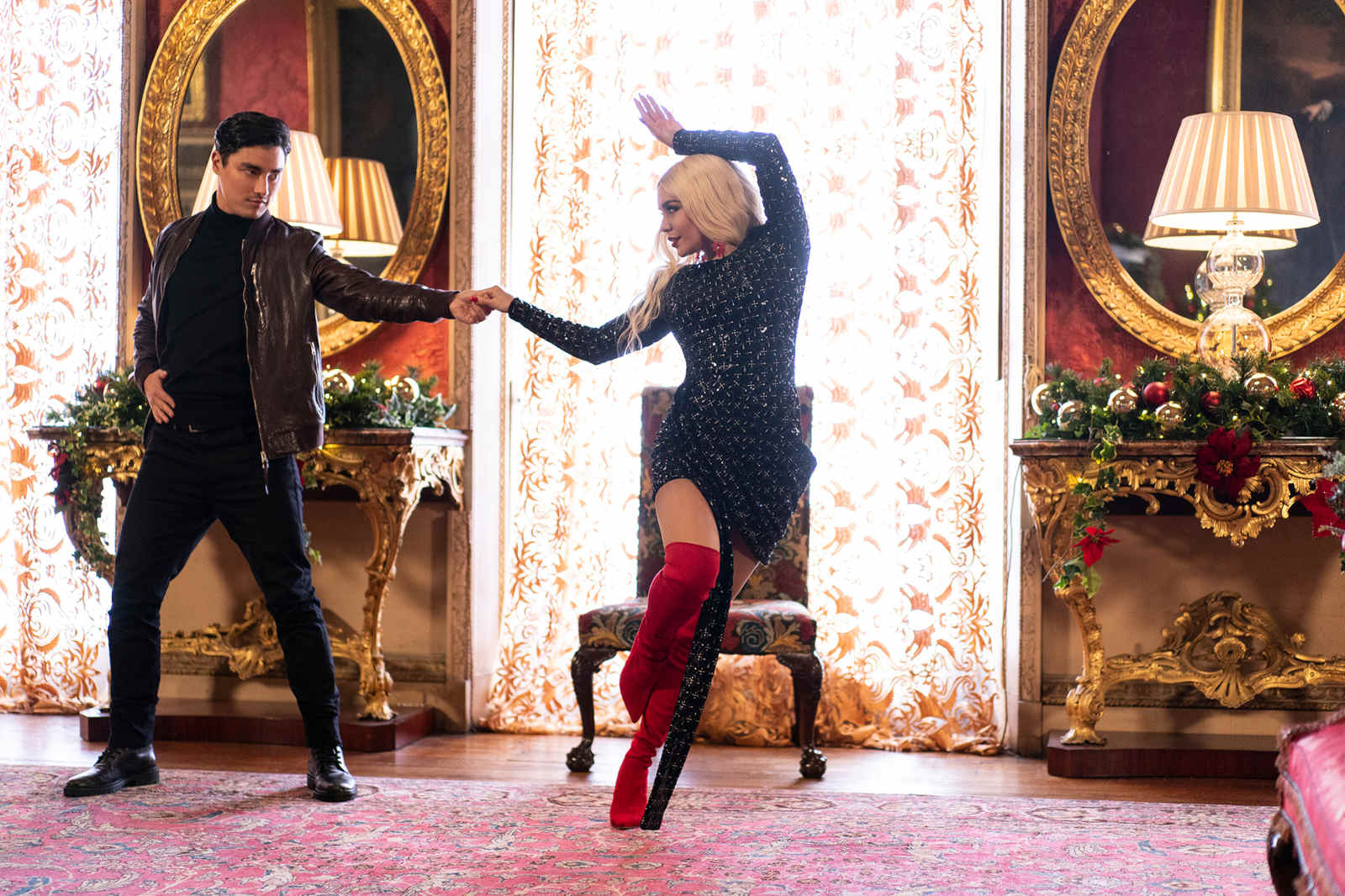 “Hudgens can manifest chemistry with just about anyone it seems, and as she carries three roles and the entire trilogy on her shoulders, she also manages to give her best performance yet as the romantic lead in The Princess Switch 3. The film is also infinitely more engaging with Fiona taking center stage on the story front as well, as the theft plot plays into her persona.”

For all those who love a good romance & mystery Christmas movie; here’s how to watch The Princess Switch films. Netflix has all three movies locked and loaded for happy streaming. Subscriptions cost $8.99, $13.99, and $17.99 monthly (or maybe you can borrow a friend’s account?). Movies2Watch & 123 Movies are websites that provide free streaming so that you can enjoy all the doppelganger fun.