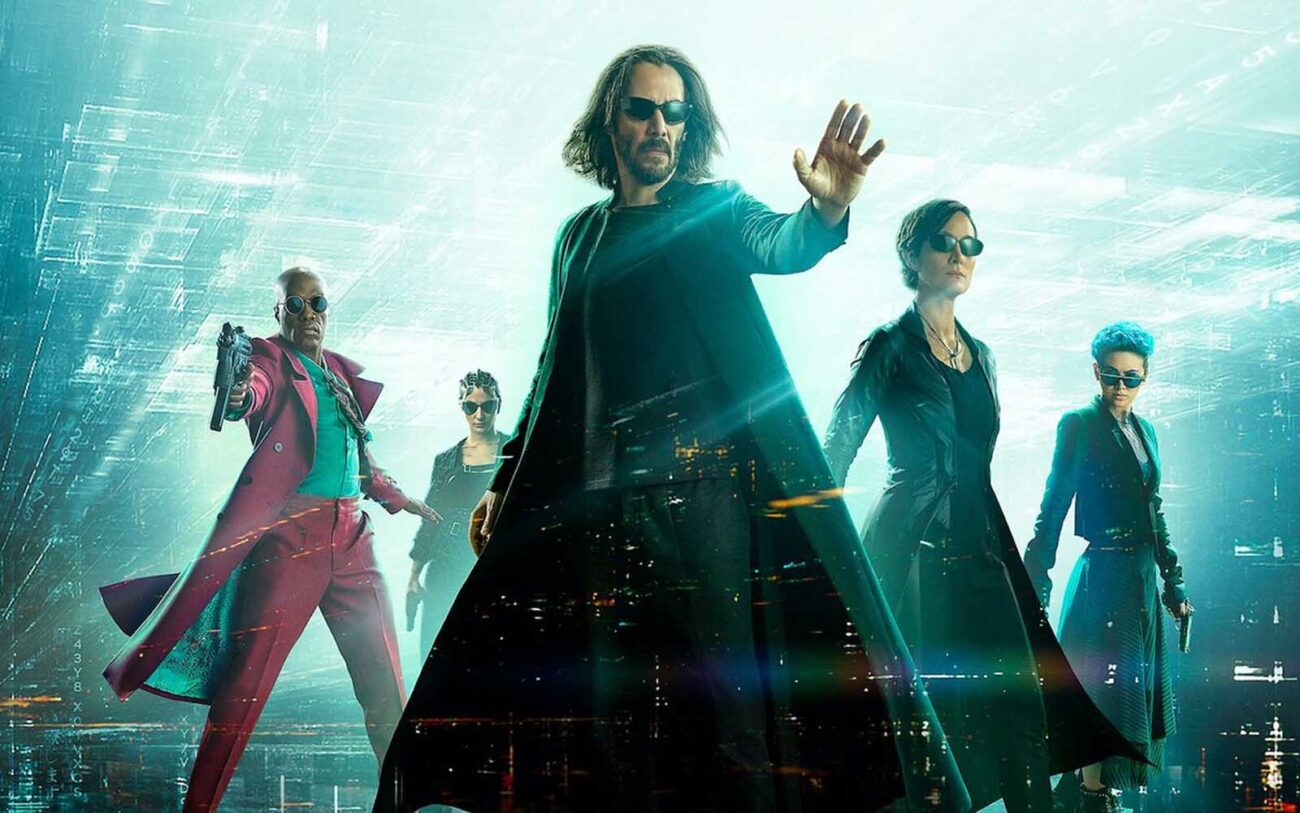 The long-awaited fourth movie in the groundbreaking franchise directed by Lana Wachowski reunites original Matrix stars Keanu Reeves and Carrie-Anne Moss in their iconic roles as Neo and Trinity. Critics are calling it “a terrific, awe-inducing, meta mind-bender”

The Matrix franchise remains one of the most outstanding sci-fi movie series ever created. Starting with the original The Matrix, which makes it onto the best sci-fi movies of all time list, we’ve been treated to a trilogy as well as The Animatrix, an anime series which reveals the backstory behind the Matrix universe. 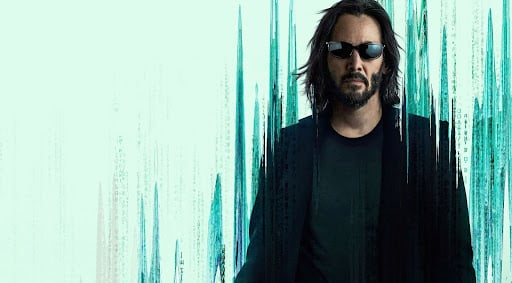 The Matrix Resurrections is set 12 years after the events of The Matrix Revolutions as Neo lives a normal life under his original name, Thomas A. Anderson, in San Francisco. His therapist prescribes him blue pills to counteract his memories of the Matrix. He also runs into a woman who seems to be Trinity, but neither remembers each other. When a new version of Morpheus offers Neo a red pill, his mind is reopened to the Matrix, which has become even more dangerous since The Matrix Revolutions. The movie follows Neo as he re-joins a group of rebels to fight a new enemy in the Matrix.

And, yes, about that new Morpheus. While Keanu Reeves and Carrie-Anne Moss are back as Neo and Trinity, we’ve got a Morpheus played by Yahya Abdul-Mateen II. Laurence Fishburne’s absence? Hasn’t been explained yet, and we’re hoping there’s a story-line reason, and nothing to do with differences between the actor and director Lana Wachowski. Fisburne says he doesn’t have an answer as to why he’s not returning, but she does.

In order to watch The Matrix Resurrections online, you will need to be subscribed to the HBO Max ad-free tier for $14.99 per month.  ‘The Matrix Resurrections’ released in theatres across the United States on December 22, 2021. If you are planning to watch the film in a theater, you can buy your tickets on Fandango. The film is not yet available on-demand, and there haven’t been any announcements regarding the same. However, the film will be available on VOD platforms like Google Play, Microsoft Store, Vudu, iTunes, and YouTube. 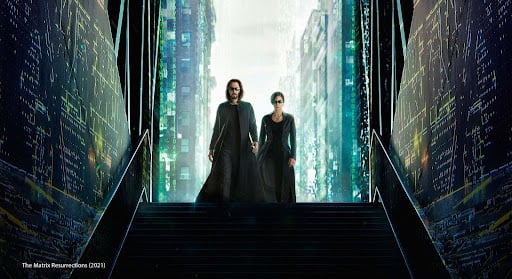 How to Watch The Matrix Resurrections for Free

Hulu’s HBO Max add-on comes with a 7-day free trial period for new customers. If you wish to watch the film free of cost, you can use the free trial period on the streaming service. However, we encourage our readers to watch their favorite films and television shows after paying for them.

Free Matrix 4 Online – Watch Online For Free – Stream Full Movie Free Online. Know that many people do not want to pay for a streaming service, especially if they only watch one movie. This is why I have put together this guide on watching The Matrix 4 free Streaming online without having to pay for it.

The first step is to find 123movies or it’s alternative movie streaming website that does not require you to sign up for an account. There are many of these websites, but the two that I recommend are Cenamedia and FMovies. Once you have found one of these websites, simply search for The Matrix 4 and click on the link to watch it.

When to Watch The Matrix Resurrections online

We thoroughly recommend watching the entire trilogy before heading into The Matrix Resurrections, as well as The Animatrix, to have as much context as you can. There’s a lot of lore and subtext that you’ll likely be lost at without the knowledge ahead of time otherwise. Regardless, it’s sure to be a thrilling conclusion to two decades’ worth of action storytelling. 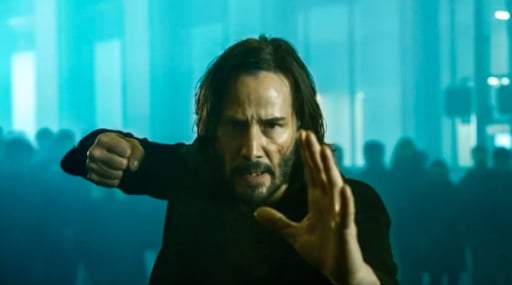 Where to Watch Other Matrix Movies?

Every Warner Bros. theatrical release coming to HBO Max, including The Matrix Resurrections, is available to stream in 4K Ultra HD. That includes upcoming 2022 Warner Bros. movies such as The Batman, Fantastic Beasts: The Secrets of Dumbledore, Elvis, Black Adam and The Flash.

Most films – including the new Matrix movie – will stream in Dolby Vision HDR, and with Dolby Atmos sound, on supported devices.

Will The Matrix Resurrections on Netflix?

No, ‘The Matrix Resurrections’ is not available on the streaming giant. The Netflix subscribers can rely on other platforms to watch the film or alternatively stream science fiction films like ‘The Midnight Sky’ or ‘Bird Box.’

Will The Matrix Resurrections on Amazon Prime Video?

Unfortunately, Amazon Prime Video’s current catalog does not include the film. Moreover, the film is currently not available on-demand. Thus, Prime subscribers can alternatively watch ‘Encounter‘ or ‘The Tomorrow War.

Will The Matrix Resurrections on Disney+?

Disney’s current offerings do not include ‘The Matrix Resurrections.’ But the subscribers of the platform can alternatively watch ‘Artemis Fowl‘ or the new offering ‘Shang-Chi and the Legend of the Ten Rings.‘

How to Watch The Matrix Resurrections Free Full Movies in Australia?

Helen Lyle is a student who decides to write a thesis about local legends and myths. She visits a part of the town, where she learns about the legend of The Matrix Resurrections, a one-armed man who appears when you say his name five times, in front of a mirror.

How to watch The Matrix Resurrections Free Streaming in New Zealand?

The Matrix Resurrections movie will be released in October and is available for free streaming on Amazon Prime Video. The best place to watch it is by clicking the link below! If you’re not from New Zealand, click here for more information about how subscribers can get their own copy of this awesome film when they sign up as well. 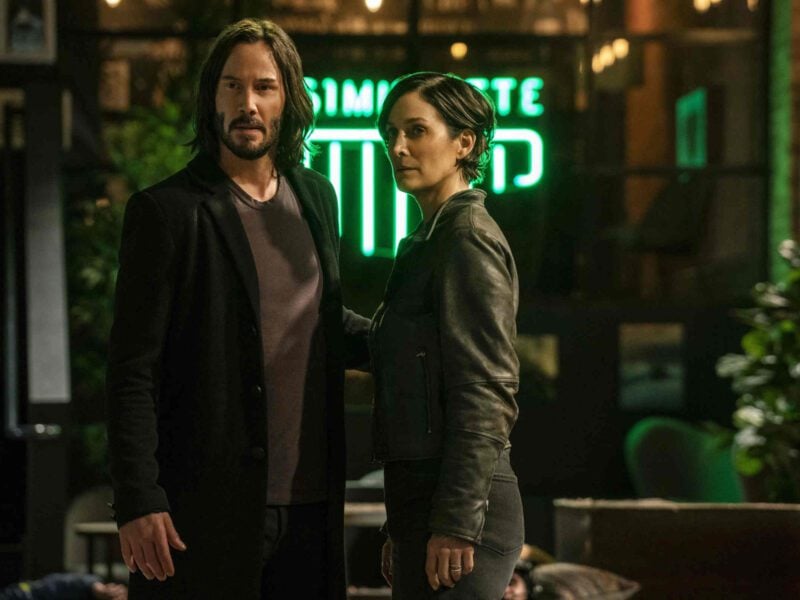