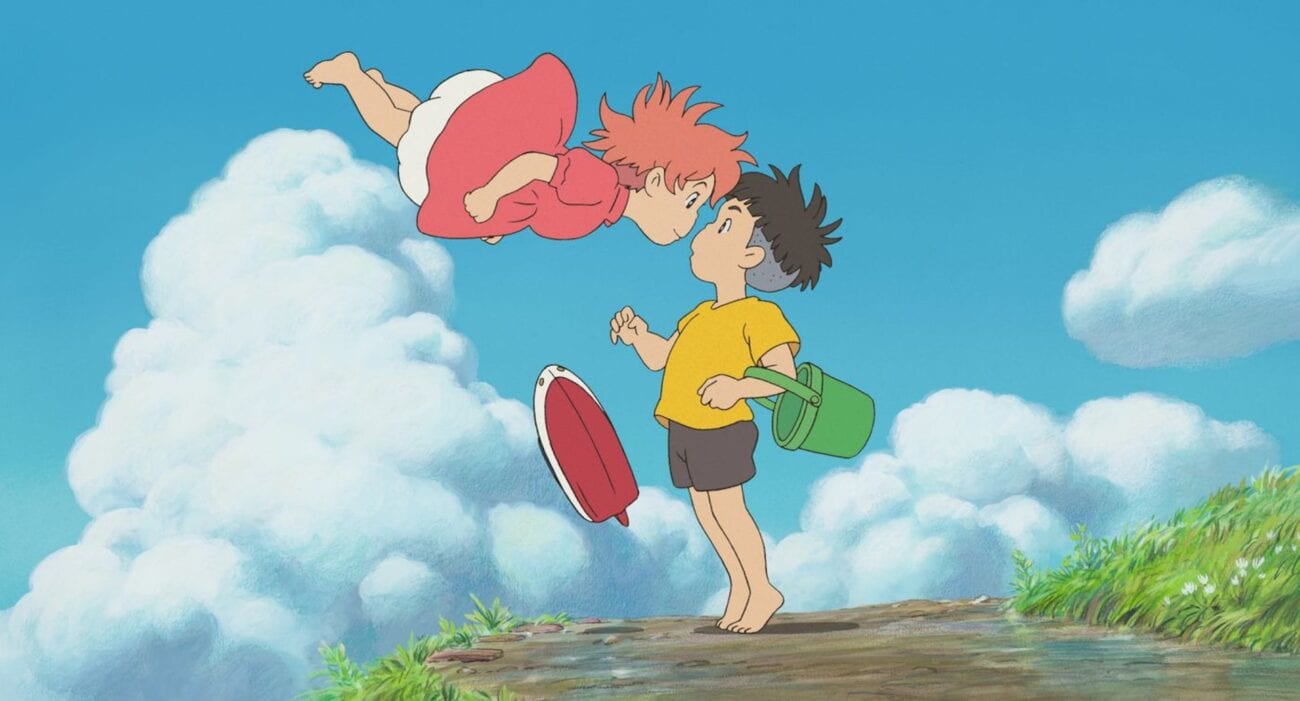 Which are the best movies to have come from Studio Ghibli? Ranking Ghibli films is an entertaining way to pass the time with fellow anime fans, while also being a frustrating endeavor that could end friendships among people who take their animation a little too seriously.

Luckily for Studio Ghibli enthusiasts, HBO Max is currently streaming the studio’s best movies – and by that we mean the platform has almost every Studio Ghibli movie available. Nope, no Grave of the Fireflies, so don’t even start complaining about it not being on this list.

What list? Oh, our list of the best Studio Ghibli movies you can stream on HBO Max. Let’s get on with it! 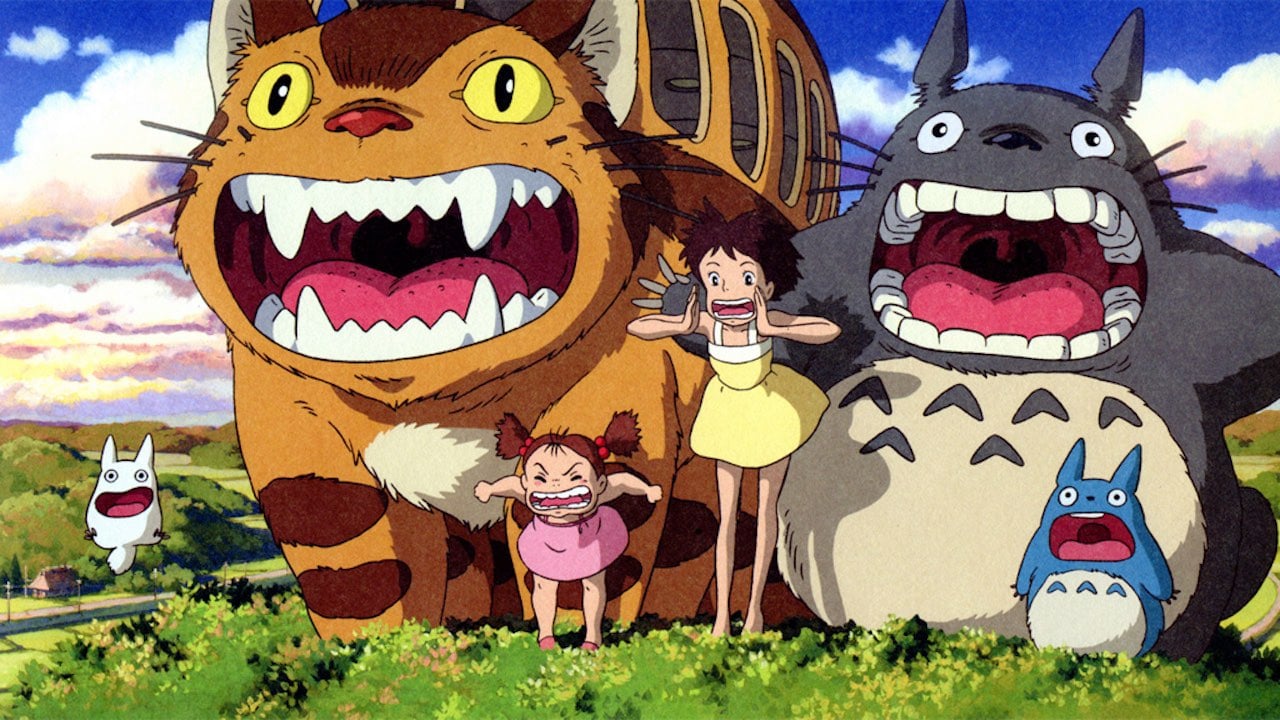 As far as brand recognition goes, Totoro has a definitive edge over most Ghibli characters. Popular as they may be, it’s rare to see Princess Mononoke on a backpack, or Howl on a hat. Totoro is all over that merch though, and while that’s not necessarily representative of the quality of his movie, it’s an element worth considering when the field is so competitive.

There’s a reason why you see Totoro immortalized everywhere in our world, and that’s because the film that introduced him to us is pretty much a masterpiece. Light on plot but heavy on warmth and characterization, My Neighbor Totoro is one of the most iconic Studio Ghibli movies – and one of the best as well. 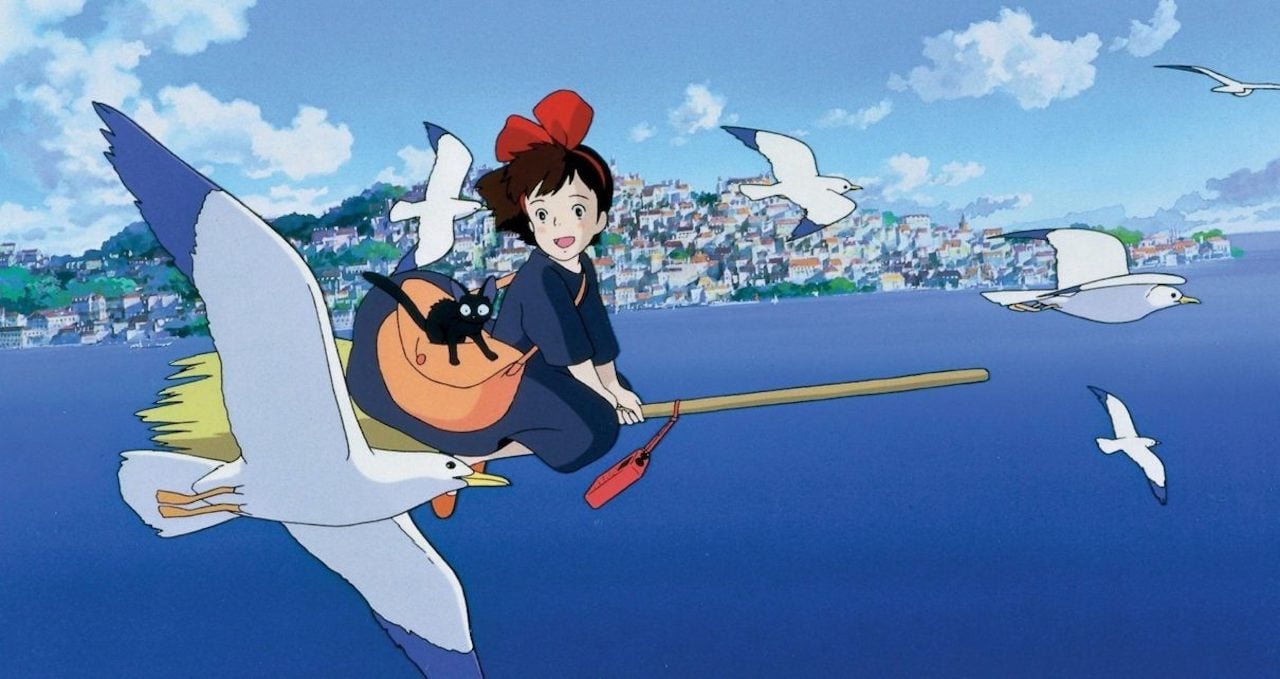 Where My Neighbor Totoro was a gentle exploration of childhood, Kiki’s Delivery Service is a feisty look at the transition to adolescence. Sure, it’s all wrapped up in witches, and spells, and talking kitties, but Kiki’s journey is ultimately about losing her innocence and learning the world is a complicated place.

How many Studio Ghibli fans have named their cats “Jiji” after falling under Kiki’s spell? And how many more have felt a tinge of sad recognition when Kiki’s triumphant happy ending still fails to make things the way they used to be? (Unless you’re watching the dubbed version, so don’t do that, at least for this movie.) Once again, that Ghibli magic sneaks up on you even when you think you’re watching a kids movie. 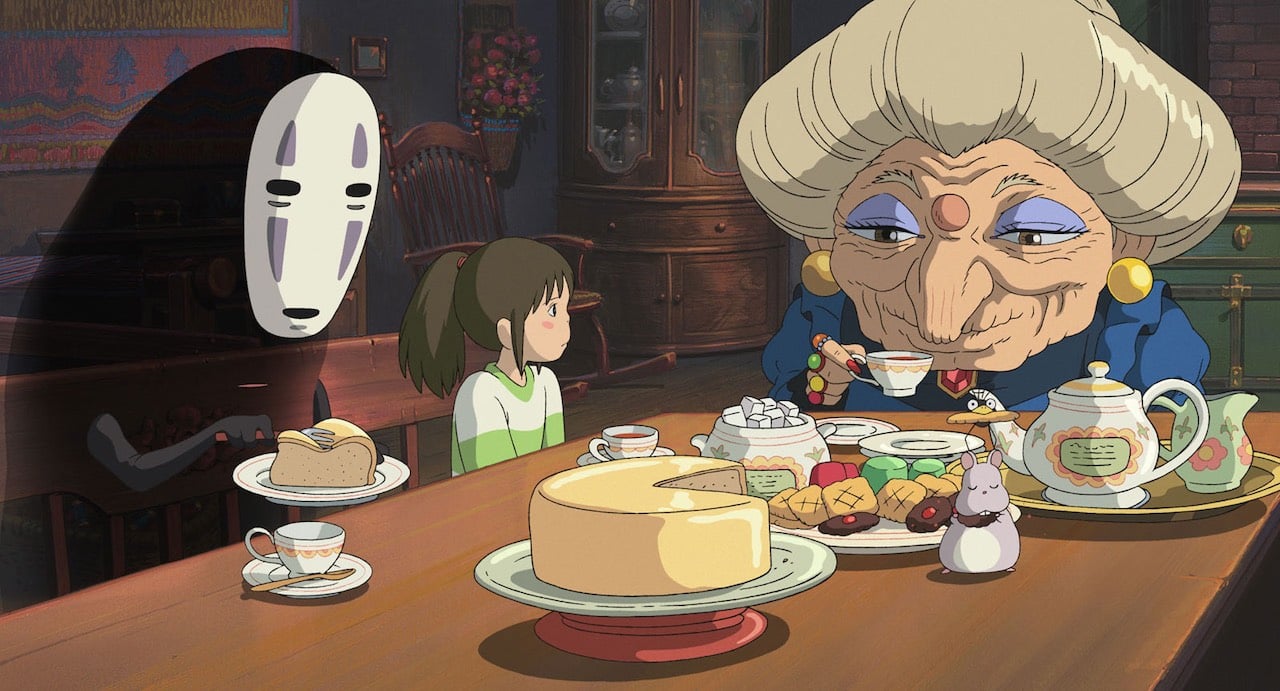 Now we’re getting into heavy-hitter territory. The story of a young girl who finds herself transported to a weird, mesmerizing, and dangerous world . . . yeah, you could say this is Studio Ghibli’s version of Alice in Wonderland. The mysterious land of Spirited Away is filled with memorable characters and unforgettable sequences – a trademark of the best Studio Ghibli movies.

Spirited Away has a dragon, a massive bathhouse, and a creepy ghost-like creature that imitates people. Also, our protagonist’s parents are turned into grotesque pigs within minutes of the movie’s start. No wonder this is one of those Ghibli movies in constant rotation for anime fans everywhere. 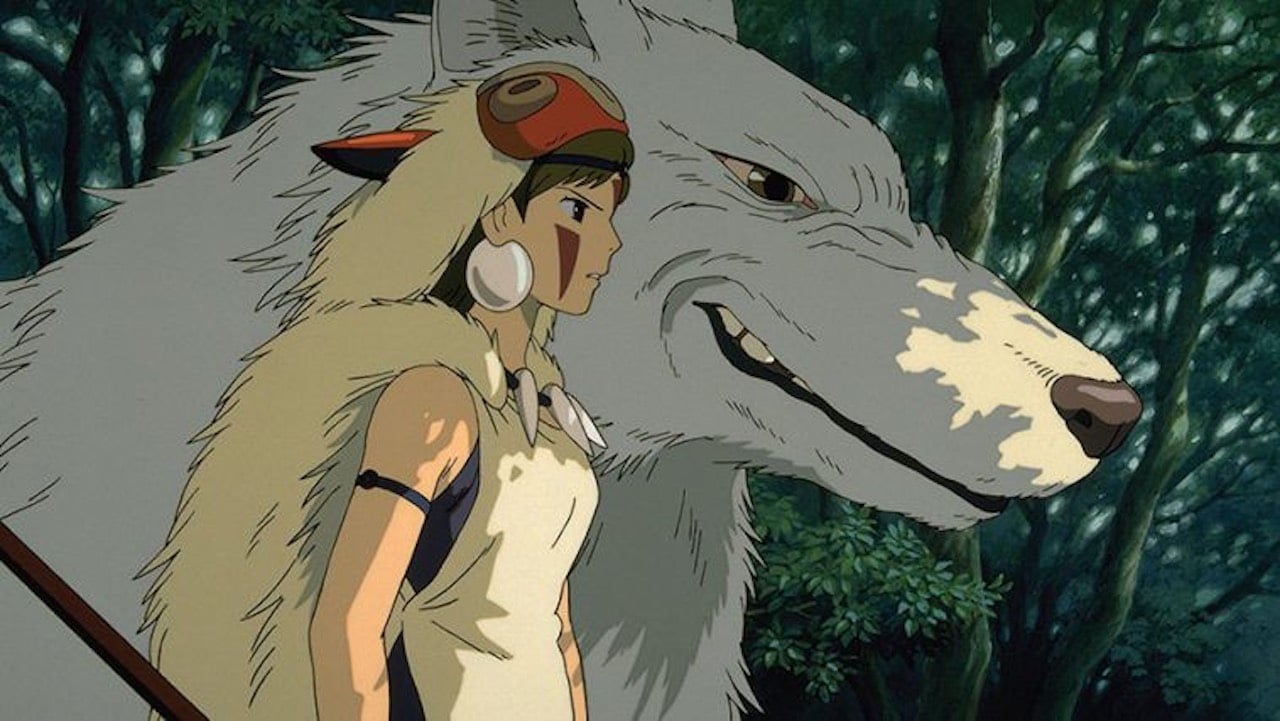 Some of you might be old enough to remember the impact Princess Mononoke made when it was first released. The epic fantasy tale was an absolute blockbuster in Japan, holding the box office record from 1997 to 2001 (when it was dethroned by Spirited Away). When the film finally made it to the U.S. in 1999, the English dub was scripted by Neil Gaiman, no less. As if Mononoke needed to add to its pedigree.

The story of Prince Ashitaka and his involvement in the struggle between forest gods and greedy humans is one of Studio Ghibli’s most revered tales. It’s not as light-hearted as most of the studio’s popular work, but that hasn’t kept audiences from falling in love with its environmental themes and its gorgeous visuals. 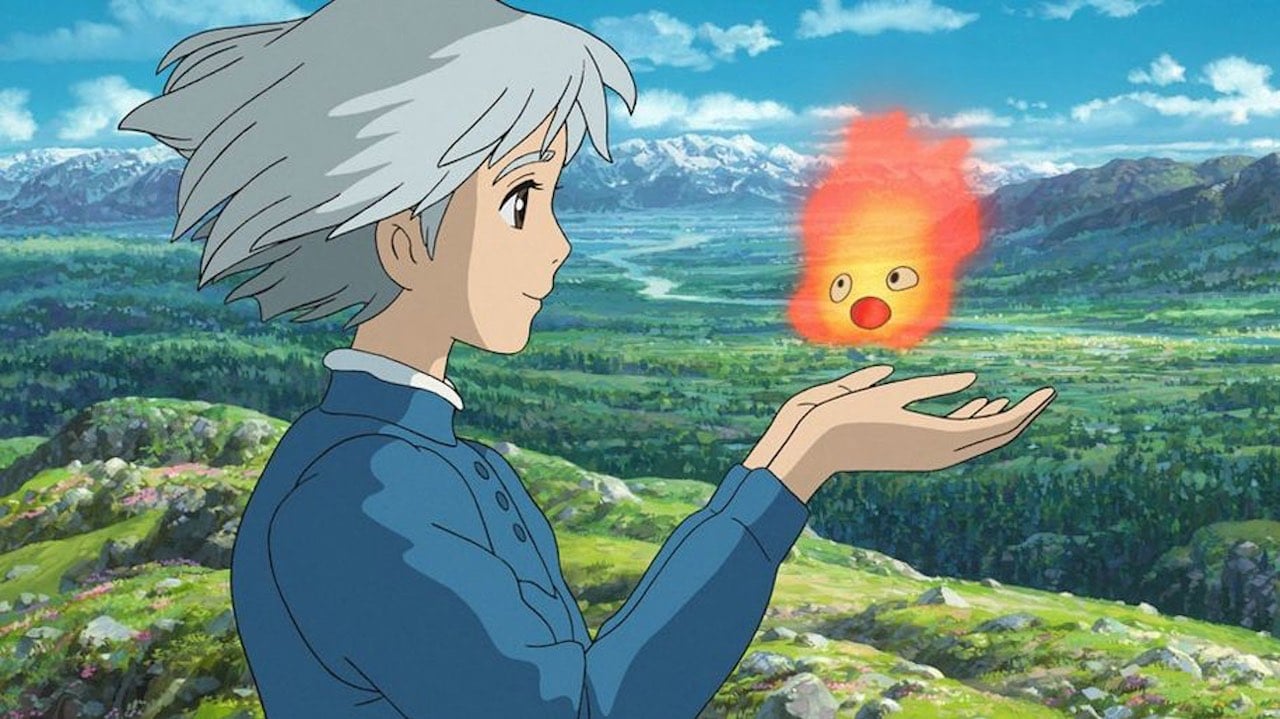 Every single movie on this list – and most of the movies on Studio Ghibli’s catalogue – was directed by Hayao Miyazaki. Miyazaki’s imagination seems to know no bounds, and his animation work is a constant reminder of that. But every now and then, the master Japanese storyteller decided to adapt someone else’s work instead of starting a new story from scratch. Such is the case of Howl’s Moving Castle.

The film is based on Dianna Wynne Jones’s novel of the same name, and loosely adapts the tale of young Sophie and her relationship with the wizard Howl. As you might expect, Howl does live in a moving castle. What you might not expect is that Sophie gets cursed by a witch pretty early on and spends most of the movie as an old woman. This allows the film to explore the theme of old age, and do so positively.

Additionally, Miyazaki gave the story the Ghibli treatment and turned it into a sharp reflection on the horrors of war, as Howl is a fierce resistance fighter for his kingdom. That means you get all the fun of the original novel but also added spoonful of Studio Ghibli’s trademark soulfulness. What a winning combination.

What are the best Studio Ghibli movies in your opinion? Let us know in the comments! 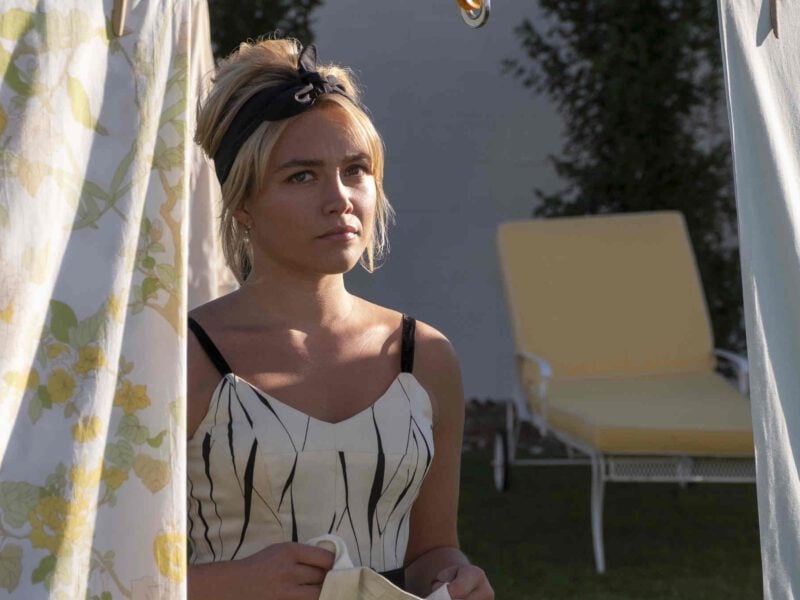