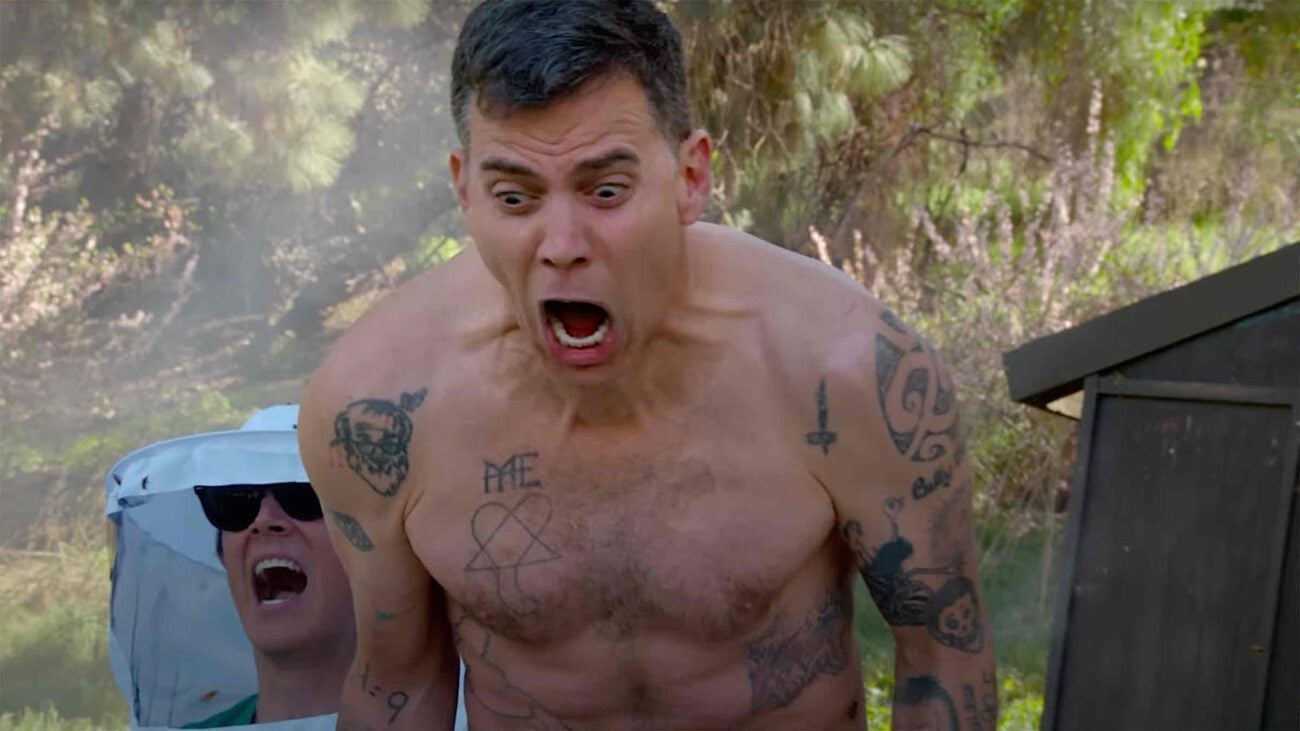 ‘Jackass Forever’: Here’s how to stream the comedic mayhem online

The old Jackass crew is back together and they’re rowdier than ever. Jackass Forever follows a more mature group as they get up to the same dangerous hijinks. Fans will recognize familiar faces like Johnny Knoxville, Steve-O, Wee Man, and Chris Pontius.

Growing up, watching MTV’s Jackass was like watching the skater kids hang out in front of school. It was immature, dangerous, and borderline out of control. Yet, there was something compelling about watching other people play dumb pranks for fun.

In 2000, Johnny Knoxville helped create Dickhouse Productions and then released Jackass. Over twenty years later, the crew is “forever young and still funny in the head.” How can you bring the pandemonium of Jackass Forever home? 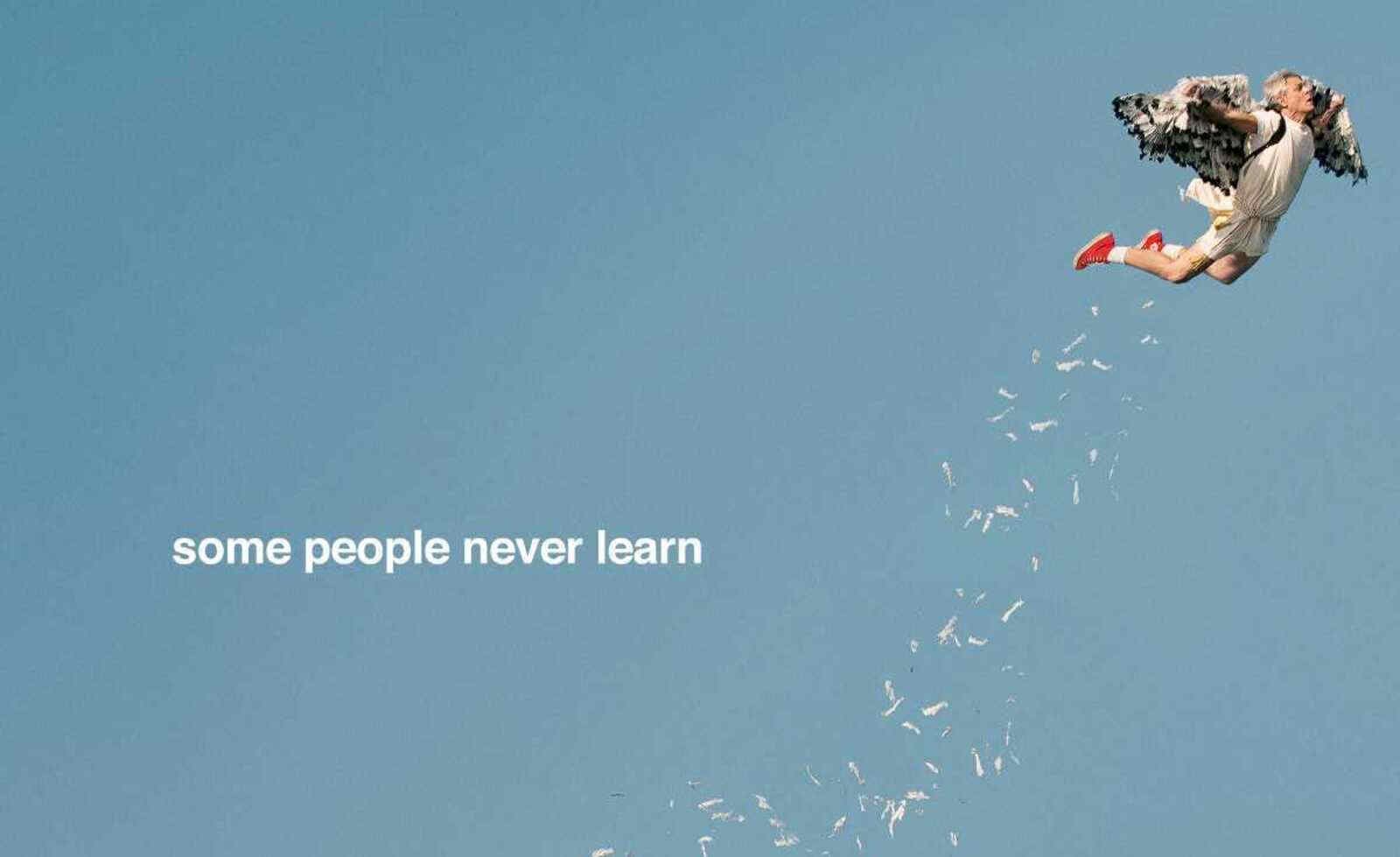 Paramount Pictures will release the chaos of Jackass Forever in theaters on February 4th. The movie will follow the reunion of Jackass members like Preston Lacy, Danger Ehren, and Dave England.

The movie will also bring in new faces & celebrity cameos like Eric André, Tyler the Creator, and Tony Hawk. However, the high-risk stakes will remain the same. Even celebrities aren’t immune from getting hit in the genitals for fun.

The initial release is for theaters only. Since Jackass Forever is a Paramount Pictures production, though, one can assume it will eventually be available through its streaming service, Paramount Plus. In the meantime, catch up on all things Jackass on other streaming services! 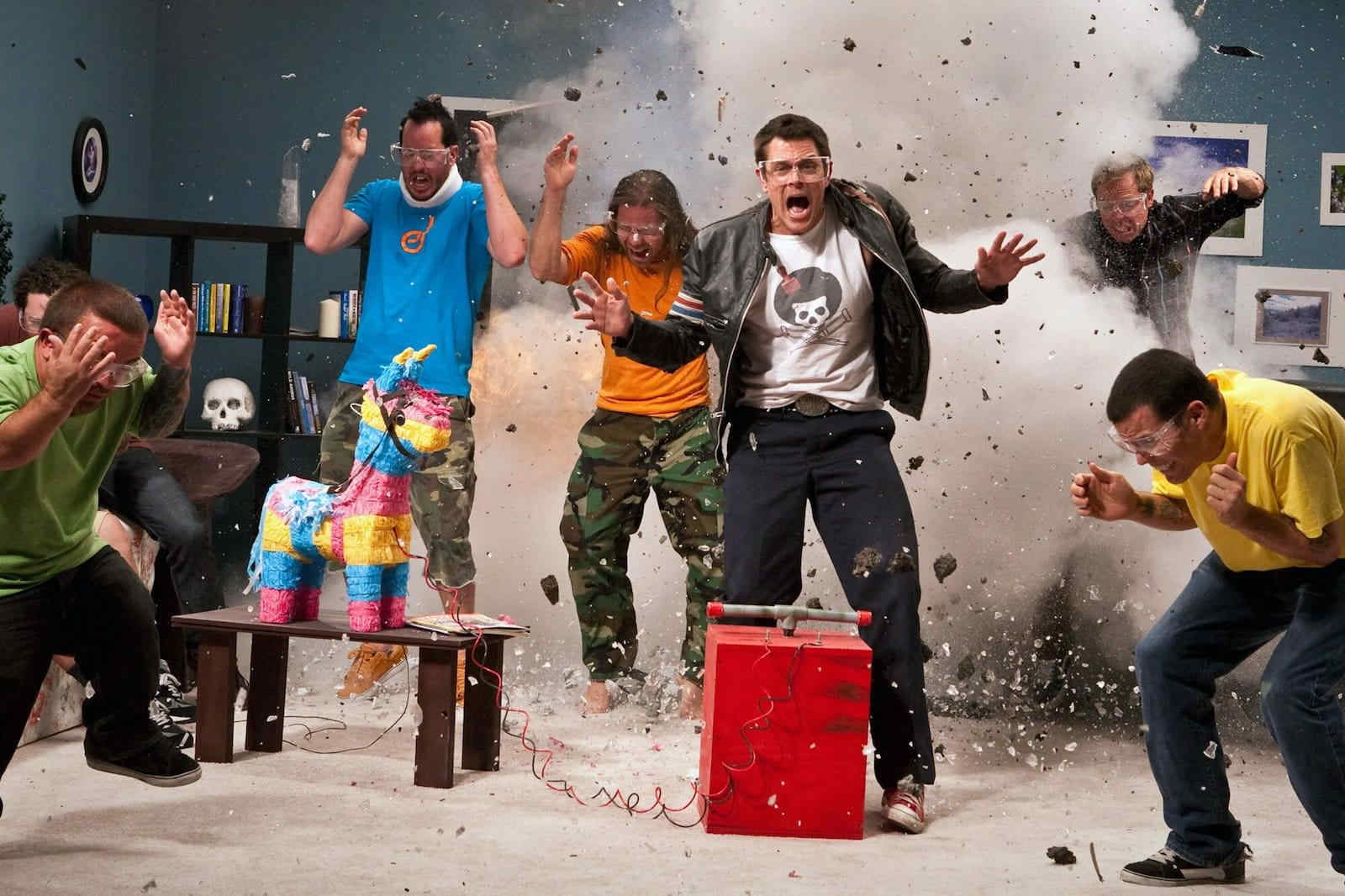 Youtube is home to many clips from the original Jackass show on MTV. In fact, fans can look them up for a refresher into the sorts of mayhem the crew is infamous for. Jackass Forever won’t be calling the site home any time soon, but other movies are available.

Jackass: The Movie, a precursor to Jackass Forever, follows the crew as they wreak havoc. Some of it is innocent and some of it is borderline torture. However, all of it is pure mayhem. At some point, they even don panda suits as they run around Tokyo.

Jackass Presents: Mat Hoffman’s Tribute to Evel Knievel is a tribute to renowned stuntman Evel Knievel. Where Jackass Forever shows the crew performing stunts & pranks, this documentary pays homage to a legend a year after his passing. 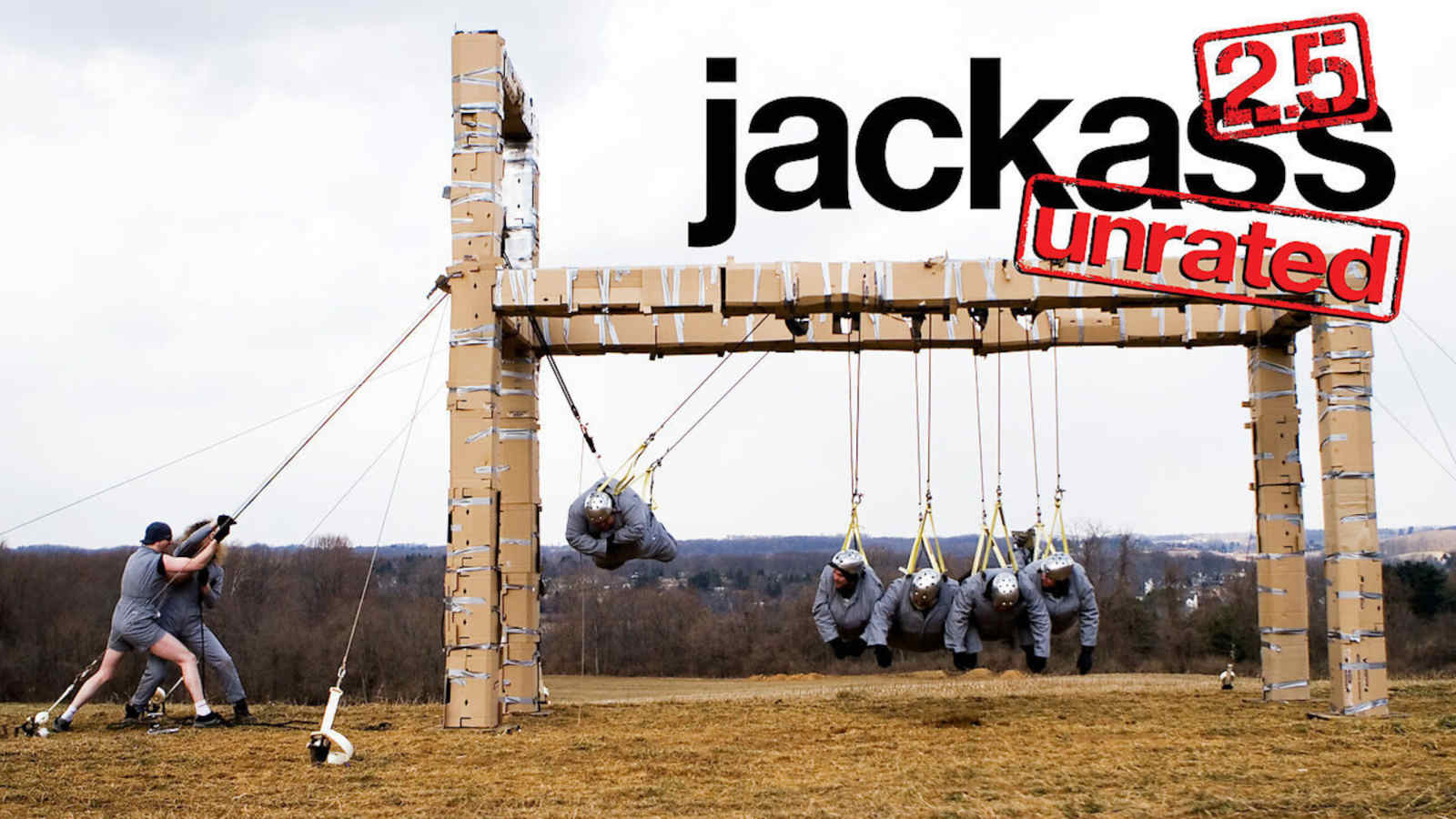 Jackass Forever won’t be available for streaming on Apple TV. This might not always be the case as many movies eventually find a home on the site post-theatrical release. Yet, like always, Jackass finds a way.

Jackass Number Two, like Jackass Forever, is a continuation of the chaos. Creator & star Johnny Knoxville leads his crew of merry weirdos through painful stunts as the rest laugh at their suffering. Bees get involved, somehow, but the hilarity remains.

Jackass 2.5 features a rare behind-the-scenes look into the making of the chaos. Jackass Forever presents it, but Jackass 2.5 tries to explain it. Fans get to see the crew talking about what stunts didn’t work, which pranks didn’t make it, and the creative process of making entertainment out of physical pain. 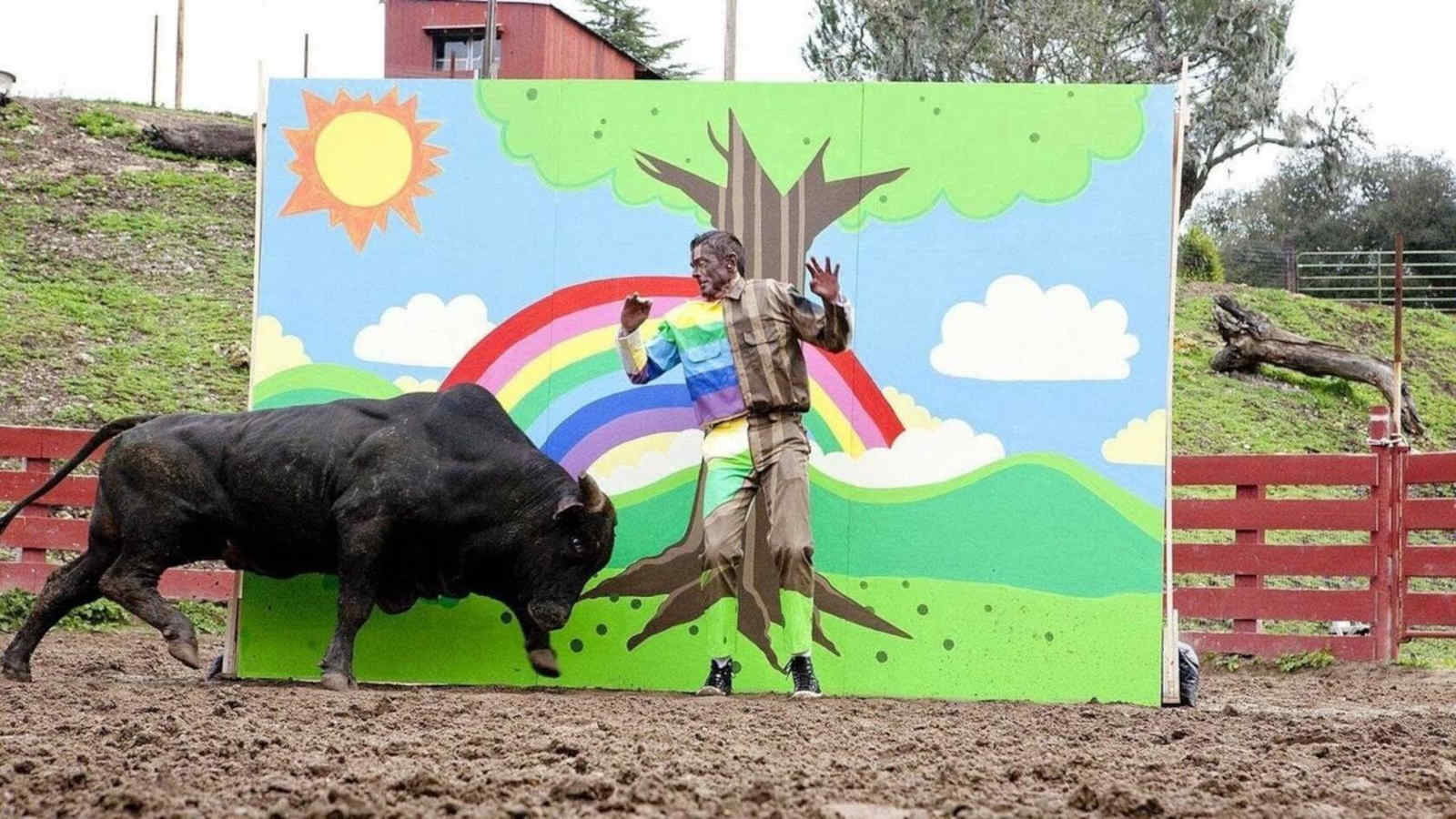 The old crew is making a big comeback in Jackass Forever, but not everyone is coming back. Bam Margera has been in legal conflict over his appearance after being fired in February 2021. Unfortunately, Ryan Dunn passed in 2011. Fortunately, fans can still see them in action with previous Jackass movies.

Jackass 3D features Dunn & Margera among the original crew. Like Jackass Forever, Jackass 3D includes familiar pranks like The High Five. Dunn & Margera were the crew’s favorite to prank with this one, so it’ll be a delight to see them getting knocked over one last time.

Jackass 3.5 is more like Jackass 2.5 than Jackass Forever. The movie features a behind-the-scenes look into how the crew comes up with pranks. It also features the planning of stunts, how they’re chosen, and the hijinks of working with friends. 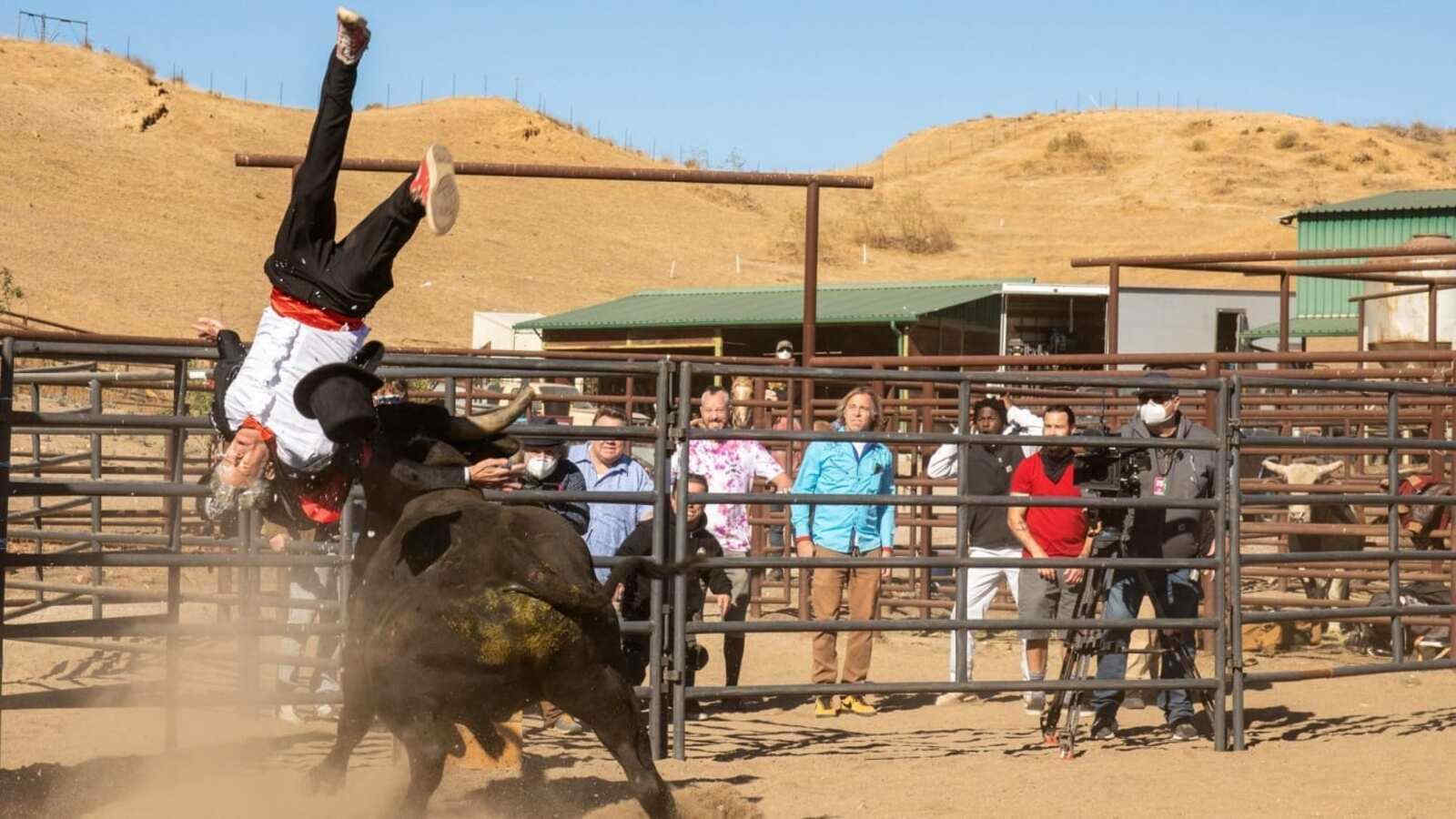 It’s unknown when Jackass Forever will be available for streaming. Fans can still catch the movie in a theatrical release on February 4th. Maybe they’re too old to perform high-risk stunts, but they’re never too old to laugh at others who do.