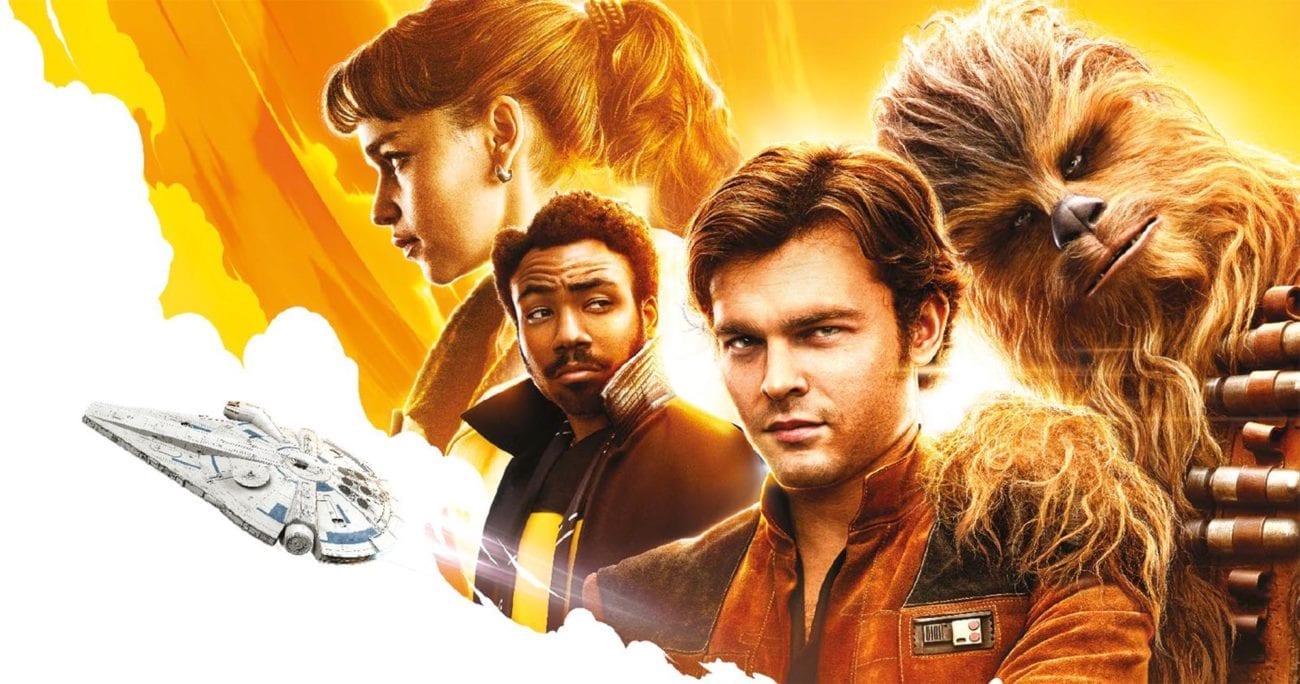 An all-new adventure to the most beloved fantasy world in film history, Solo: A Star Wars Story got fans of the Force all excited, following a young Hans Solo as he meets his future copilot Chewbacca and encounters Lando Calrissian years before joining the Rebellion. The sci-fi tentpole premiered at the Cannes Film Festival ten days before its release.

It was an ambitious project from director Ron Howard (A Beautiful Mind), one starring a hodgepodge of cinematic talent. Today we’re spotlighting the big name actors in the blockbuster and focusing on some of their best previous roles (you know – before they journeyed to a galaxy far, far away).

The lowest down on this list has to be Suotamo. No disrespect! We’re delighted he returned to the Star Wars franchise to reprise his role as our lovable furry friend Chewbacca – something he is very good at. But that’s just about the only role he’s undertaken during his career so far.

It was a rocky road for the new Han Solo. Lucasfilm reportedly had to call in an acting coach to work with him on set to get his performance up to scratch. While it’s not unusual for a studio to do this, it was unusual so late in production. While he previously starred in films like Hail, Caesar! and Beautiful Creatures, Solo saw his first major role.

Davis has had various roles throughout the Star Wars films, most notably as the Ewok Wicket W. But in a show you might not know about yet, the actor shined as an exaggerated version of himself in Ricky Gervais’s comedy Life’s Too Short. If you’re a lover of all things awkward, definitely add this to the watch list.

Featuring as Solo: A Star Wars Story’s leading lady Qi’Ra, Clarke is most known for playing Daenerys Targaryen in Game of Thrones a.k.a. the Mother of Dragons. Aside from that, there’s not a lot worth mentioning (and the less said about the drippy romcom Me Before You, the better).

We were stoked to see Phoebe Waller-Bridge take on the role of the robotic character L3-37. The English actress, writer, playwright, and director has starred in a number of big and small screen roles during her career, the best being her contribution as Abby Thompson in the British version of Broadchurch and her “perfectly perverse” character in the six-part comedy show Fleabag.

You’d be hard-pressed to find anyone who hasn’t seen a film or show starring Favreau, who played Rio Durant in Solo: A Star Wars Story. Starting out as an indie film favorite, the actor has progressed to strong mainstream visibility (including a move into directorial and production positions).

There are so many acting roles to mention, some of his most notable being his stint as Carl Casper in Chef, his subtly brilliant performance as Bobby on the low-budget crime-drama Made, and of course his role as Hogan in Iron Man. (He also directed the damn thing!)

Of course, the slick and scary gangster Dryden Vos was played by Paul Bettany – dude’s got that intense evil stare down to a tee.

Bettany is another one of those actors who has quite a mixed portfolio, but we’re going to go with our personal faves and say his performance as the evil genius Ted Kaczynski in the miniseries Manhunt: Unabomber was next level, as was his intense and chilling effort as the Young Gangster in Paul McGuigan’s epic crime thriller Gangster No. 1.

Starring as Val in Solo: A Star Wars Story, Newton proudly declared, “I’m the first woman of color to have a prominent role in the Star Wars legacy.” It was about time!

We think Newton was a great choice for the role, having proved her acting abilities with her past performances, most prominently her most recent one as Sweetwater’s strong, quick-witted, premium brothel madame Maeve Millay in HBO’s Westworld.

Where do we even begin with Harrelson (who played Tobias Beckett in Solo: A Star Wars Story)?

There really are too many roles to mention, but we’ll try our best. Tallahassee in Zombieland, Billy Hoyle in White Men Can’t Jump, Mickey Knox in Natural Born Killers, Charlie in Seven Psychopaths, Sgt. William Schumann in Wag the Dog, Carson Wells in No Country for Old Men, Roy Munson in Kingpin, and who can forget his stunning performance as Detective Marty Hart in the dark crime series True Detective? ?

There aren’t enough words to express our love for Donald Glover, and we’re delighted took on the role of Lando Calrissian in Solo. The dude’s an all-rounder – a talented writer, actor, musician, comedian, producer, and director – his best work being his glorious surreal comedy Atlanta, in which he stars as the lead character Earnest Marks.