Is ‘Rogue One’ the best-looking ‘Star Wars’ movie? Why Twitter says yes

As we celebrate the four-year anniversary of the release of Rogue One: A Star Wars Story, many fans on Twitter are beginning to revisit this action-packed installment in the Star Wars’ lore, asking the most crucial question: is it the best looking Star Wars movie? 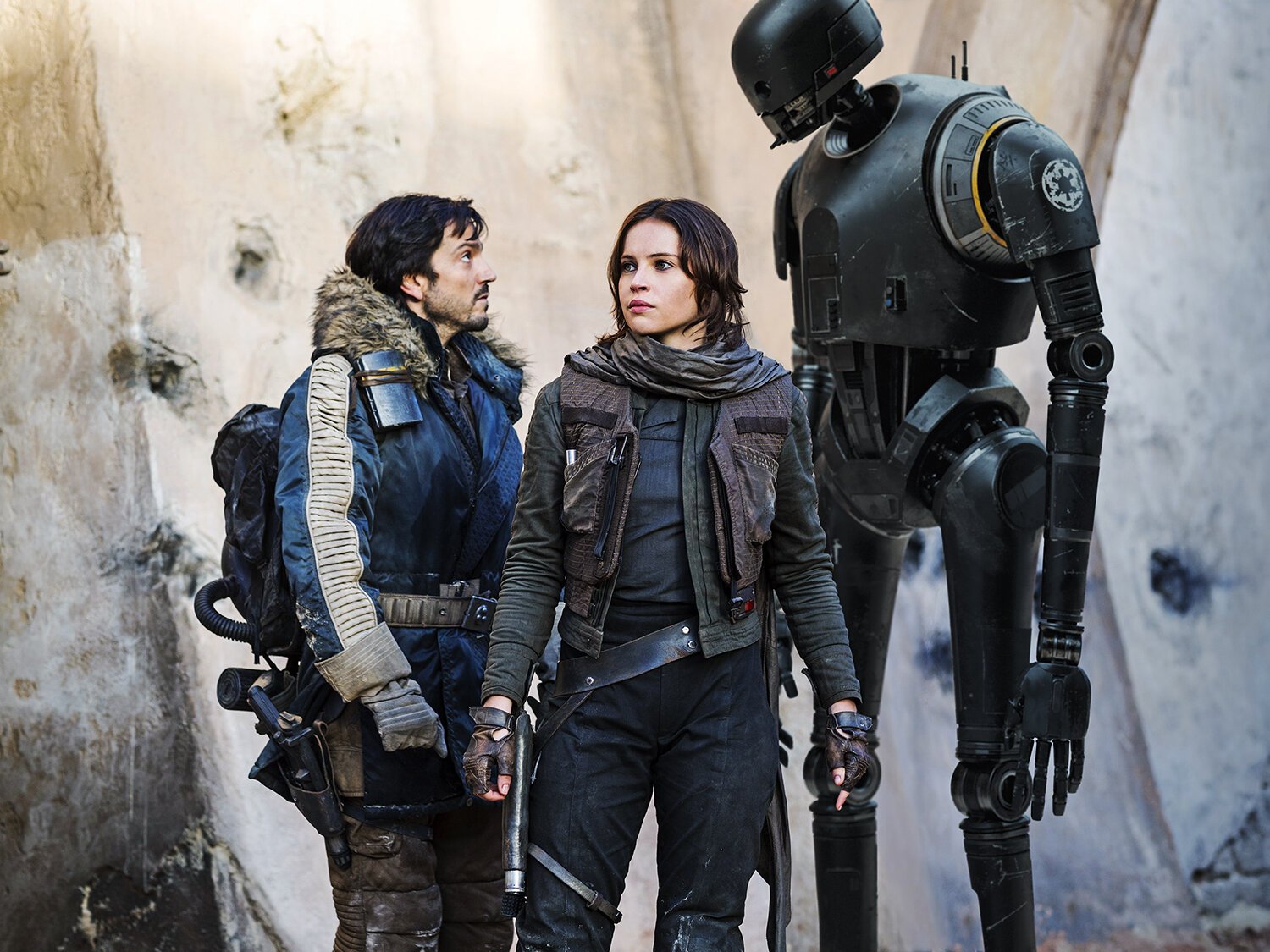 The film told the story of Jyn Erso (Jones), who bands together with a group of resistance fighters when she discovers that her father, Galen (Mikkelsen) was forced into the role of lead engineer for the Empire, being put in charge of the construction of the galaxy’s most powerful weapon, the Death Star.

Erso and her crew must find a way to steal the space station’s plans for the machine and hand them over to the Rebel Alliance, knowing that her father holds the key to its destruction. 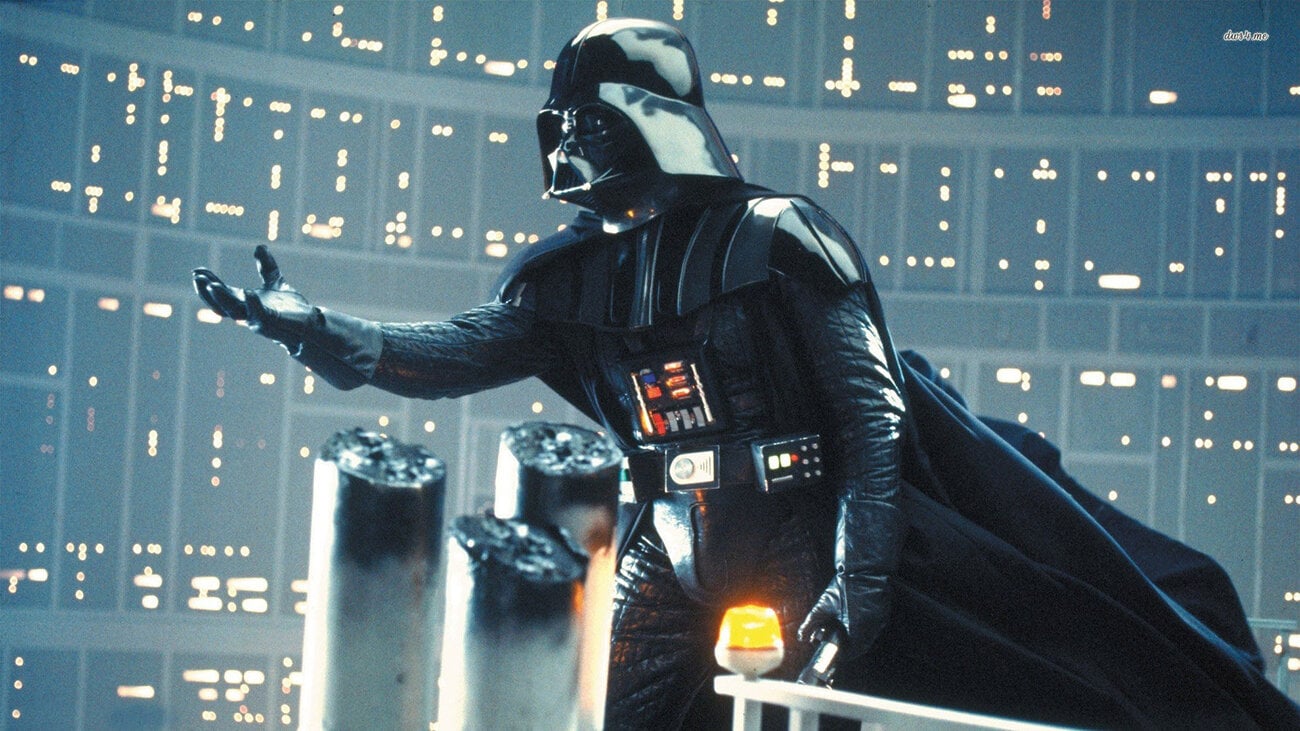 Rogue One currently holds an 84% critic rating on Rotten Tomatoes, with an overall audience score of 86%.

The film was the first daring project to take place outside of the established episodic films in the Star Wars universe, and was lucky enough to be met with a refreshing pair of eyes from fans who were ready to see new stories inside the galaxy far, far away.

Rogue One was so popular, in fact, the Disney Plus streaming service is currently in production on a spin-off show, titled Star Wars: Andor, which will see the return of actor Diego Luna in the role of Cassian Andor, the accomplished Rebel Alliance intelligence officer. 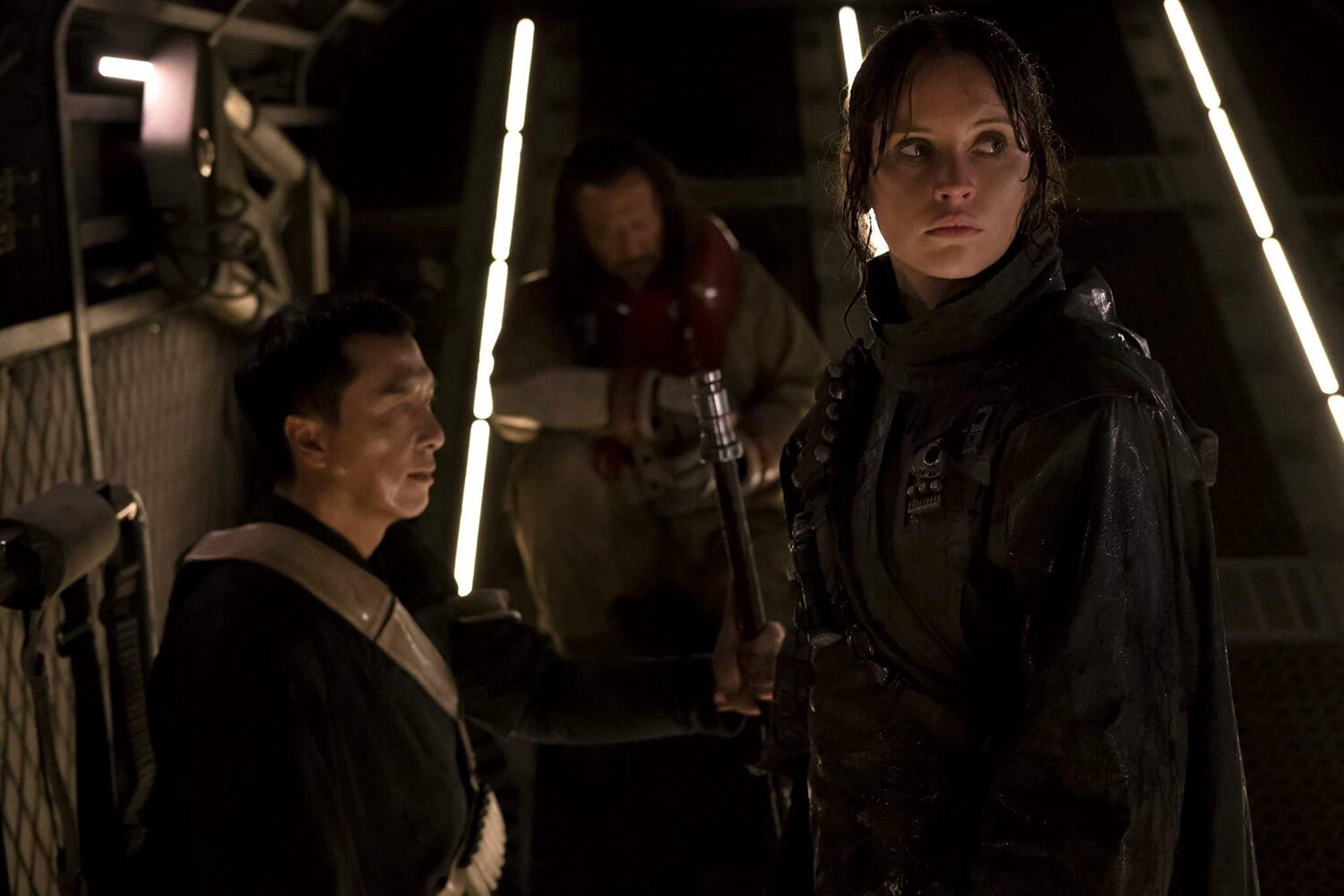 While many still gush over the film’s action-packed sequences and especially that Darth Vader ending, many Twitter users contest that the best part of Rogue One is, in fact, its cinematography.

The film’s cinematographer (or director of photography) was Greig Fraser, who’s previous works included films such as Zero Dark Thirty, Let Me in, and Killing them Softly. 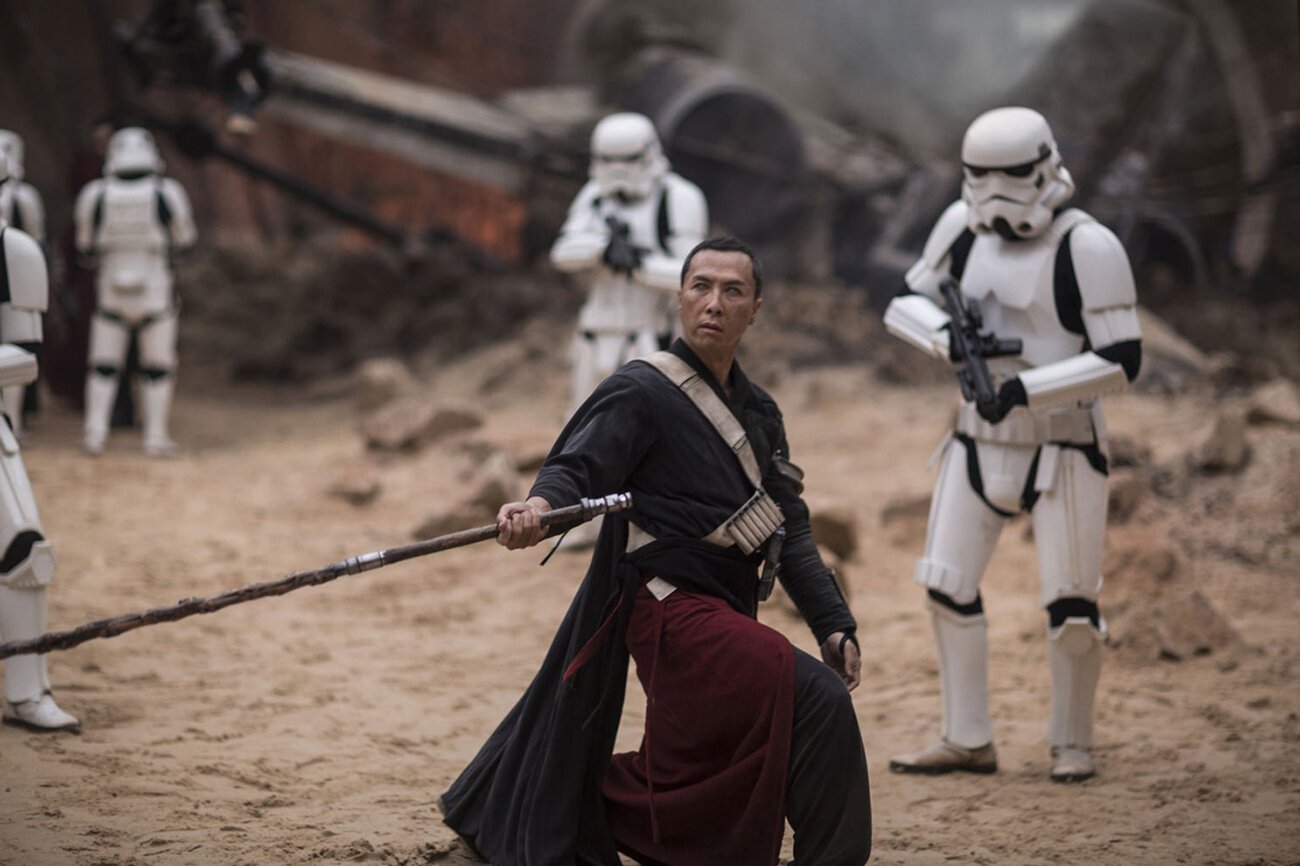 Fraser has also served in the cinematographer role for multiple episodes of the Disney Plus Star Wars series, The Mandolorian, and will even be the director of photography for the upcoming Dune as well as The Batman.

Sure feels like his thumbprint one Rogue One paved a pretty impressive path to future work. 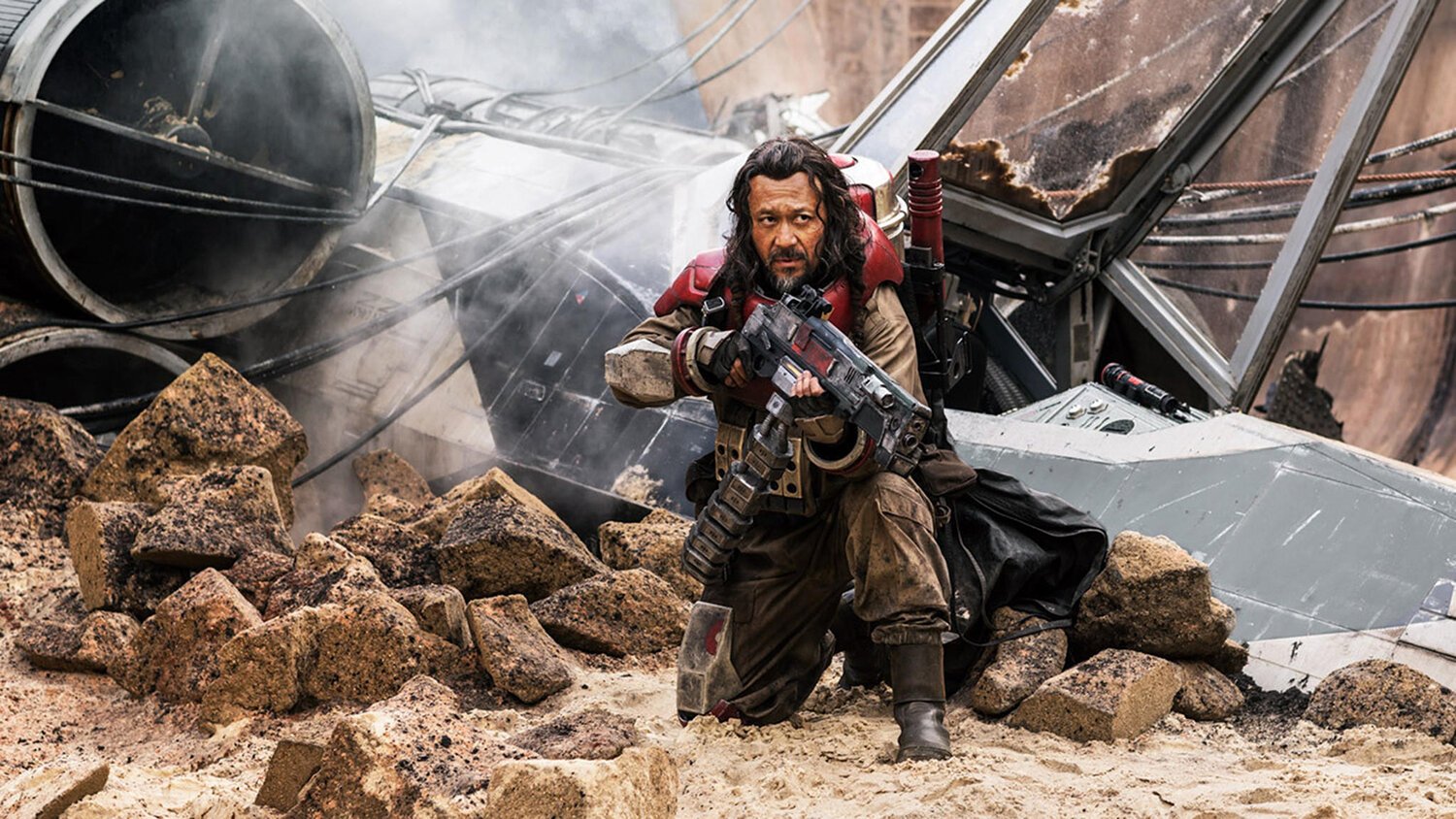 For many, the film’s use of darker tones made for exceptional stills once Rogue One featured a scene of bright colored lighting, painting gorgeous silhouette figures that should be hung in the very entrance of Skywalker Ranch.

You hear that, George? 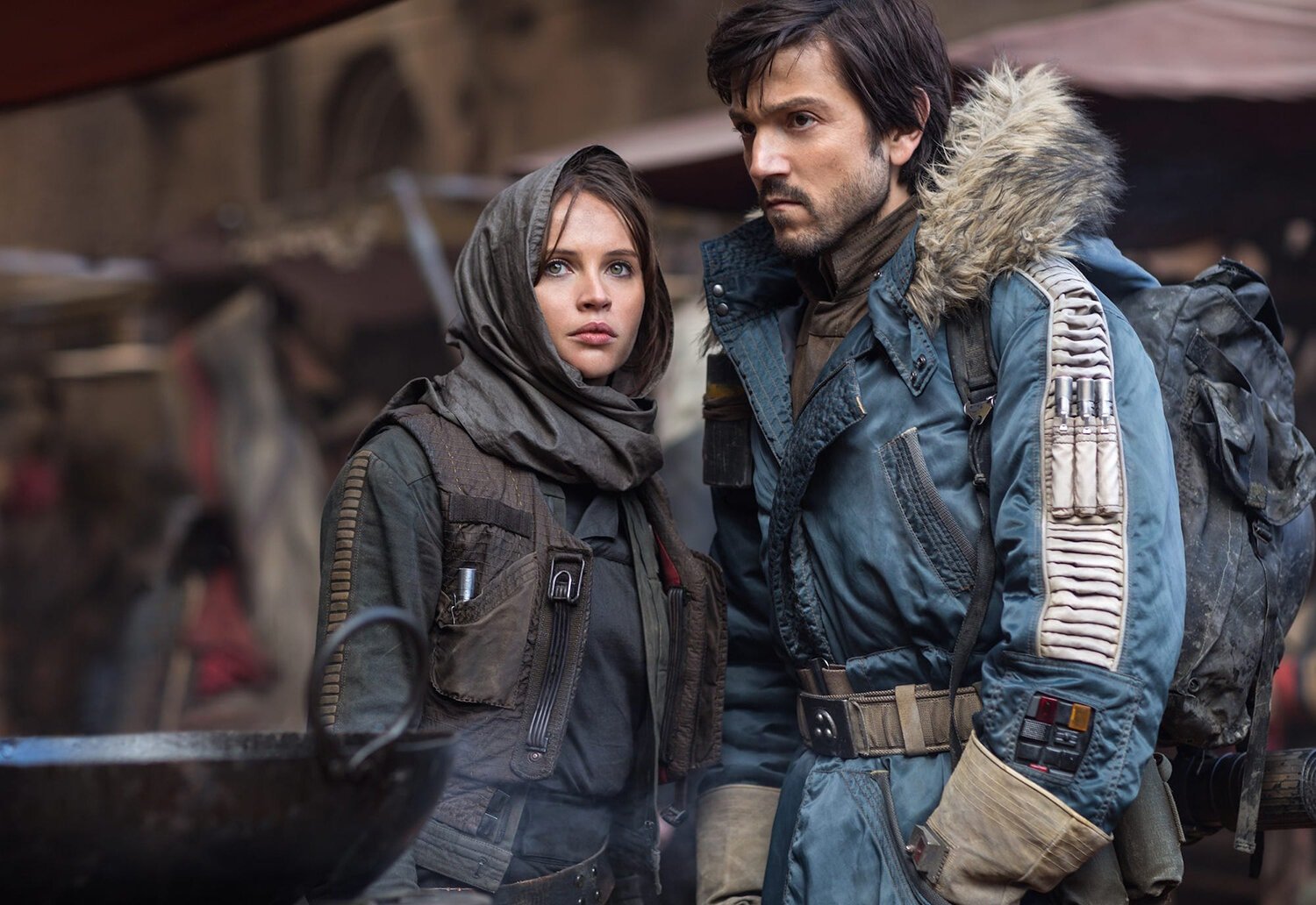 One obvious highlight is the aforementioned Darth Vader scene, where trapped rebels are left in the dark on the enemy ship, realizing their very fate the moment a red lightsaber accompanied with a loud mechanical breathing sound appears from the darkness.

It was the [email protected]*y s*&t moment for fans everywhere, as the red light glowing amidst shadow was the only measurement of danger we needed.

As well, the film’s scale played a huge part in the overall look, where miles of sand blanketed our characters’ journeys, giving the audience a true glimpse into this vast universe and the small part all those who live in it truly play.

Perhaps that very reason is an attribute to the film’s massive achievement, as we see just how important the tiniest of decisions can be made in a galaxy so large.

Even in the film’s climax, where Jyn & Andor are left to their fate as the Death Star shoots a low-powered shot to destroy the compromised base, the two embrace with a beautifully shot impending light crawling closer & closer towards them, holding each other tightly knowing that they have fulfilled their mission.

Today, Twitter rejoices in the film’s achievements and its overall look, gleaming how Rogue One is “visually stunning”, “a visual spectacle”, and a “Masterclass in cinematography”.

Rogue One: A Star Wars Story set a very high bar for Disney, one they’ve seemingly struggled to top since the films debut four years ago.