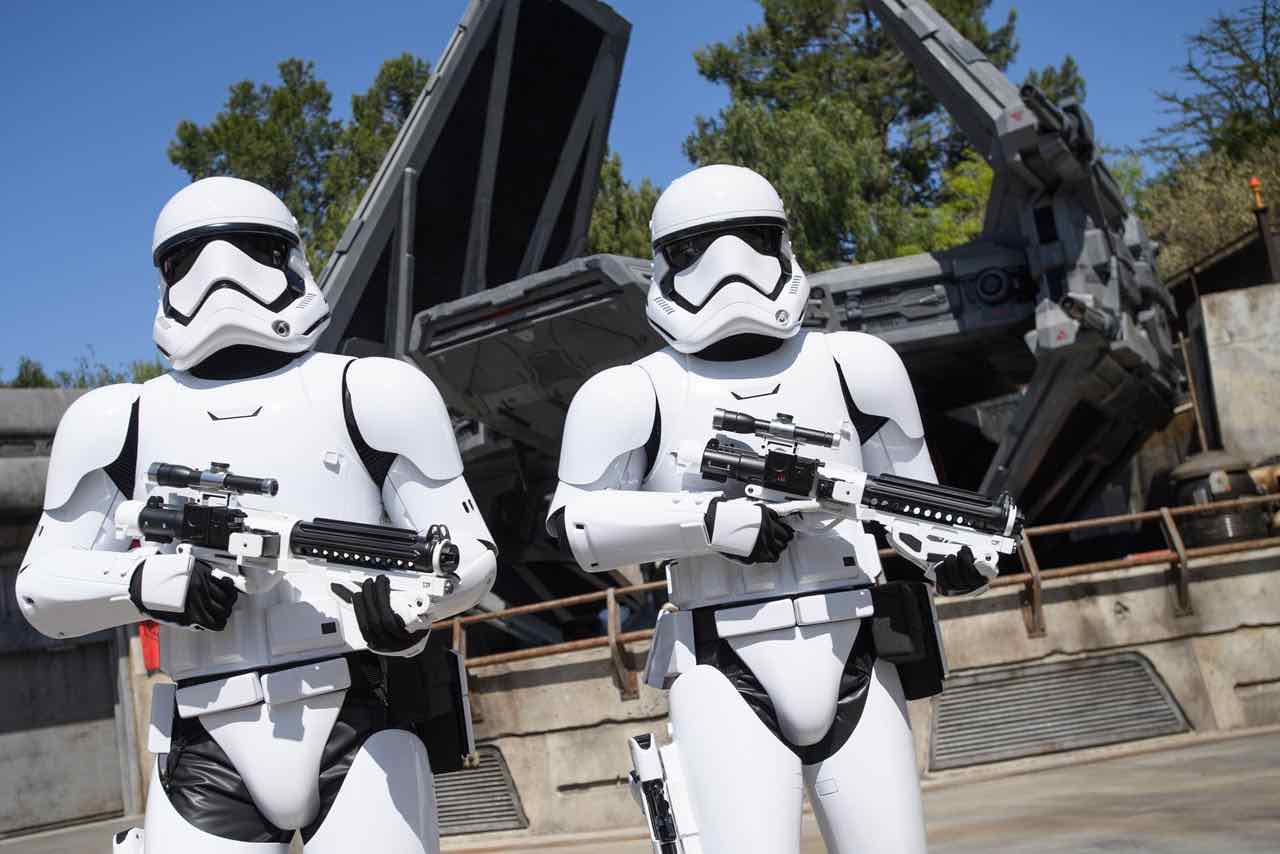 Take a look inside ‘Star Wars’: Galaxy’s Edge at Disneyland

Star Wars: Galaxy’s Edge was unveiled to the world in an epic grand opening ceremony at Disneyland Park on May 29th.

Disney Chairman and CEO Bob Iger was joined by George Lucas, Harrison Ford, Mark Hamill, and Billy Dee Williams to mark this historic moment for The Walt Disney Company and Star Wars fans the world over.

Iger unveiled the largest and most technologically advanced single-themed land expansion ever in a Disney park, which is set to open to the general public at Disneyland Park in Anaheim, California on May 31st, and also at Disney’s Hollywood Studios at Walt Disney World Resort in Orlando, Florida on Aug. 29th.

“Star Wars: Galaxy’s Edge is absolutely amazing and we are thrilled to finally share it with the world,” explained Iger. “Now, for the first time, fans will be able to immerse themselves in the iconic stories that have captured audiences’ imaginations for decades and live their own Star Wars adventures in the most creative, innovative and ambitious land we’ve ever built.” 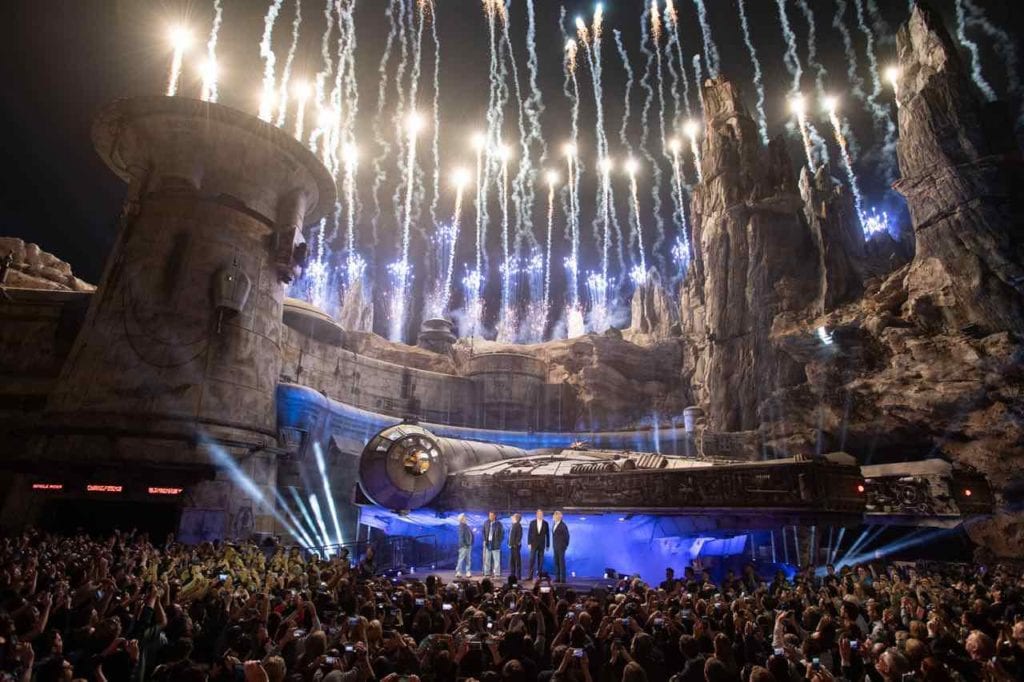 Iger, Lucas, Ford, Hamill, and Williams conducted the ceremony in front of the Millennium Falcon set to the soaring John Williams score composed especially for the new “land”. Global media and invited guests were the very first to see the fastest hunk of junk in the galaxy roar to life. 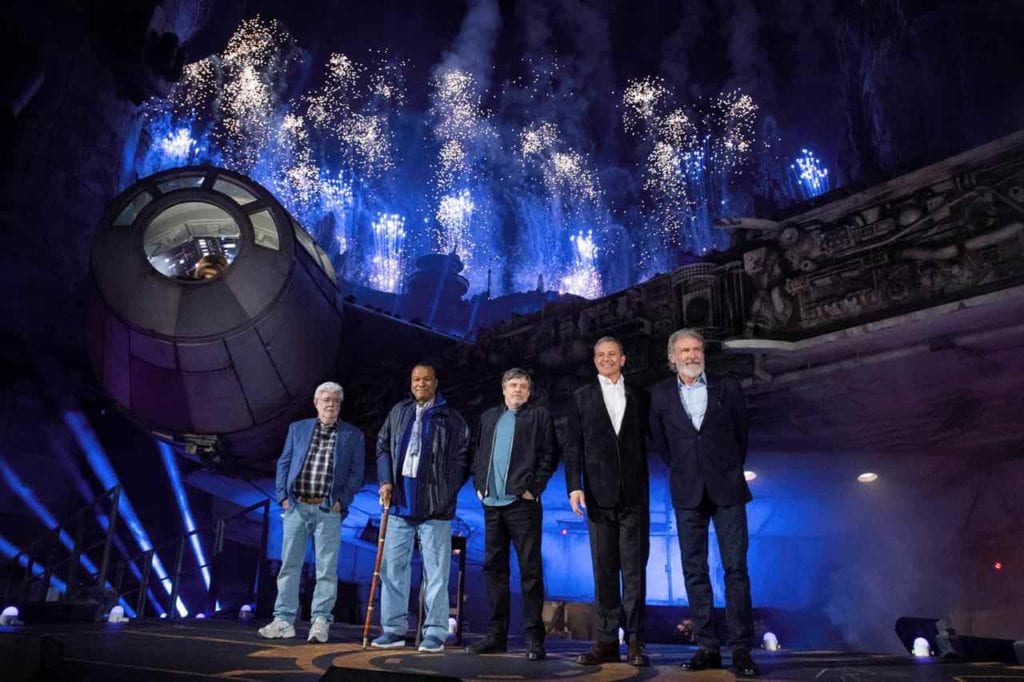 When it opens to the public at Disneyland Resort on May 31st and at Walt Disney World Resort on Aug. 29th, guests will be transported to the remote planet of Batuu, full of unique sights, sounds, smells, and tastes. Guests can become part of the story as they sample galactic food and beverages, explore an intriguing collection of merchant shops and take the controls of the most famous ship in the galaxy aboard Millennium Falcon: Smugglers Run.

The land’s phase two, opening later this year, will feature Star Wars: Rise of the Resistance, the most ambitious, immersive, and advanced attraction ever imagined, which will place guests in the middle of a climactic battle between the First Order and the Resistance and will blur the lines between fantasy and reality. In light of tremendous demand, Disney made the decision to open the land in phases to allow guests to enjoy sooner the one-of-a-kind experiences that make Star Wars: Galaxy’s Edge so spectacular. 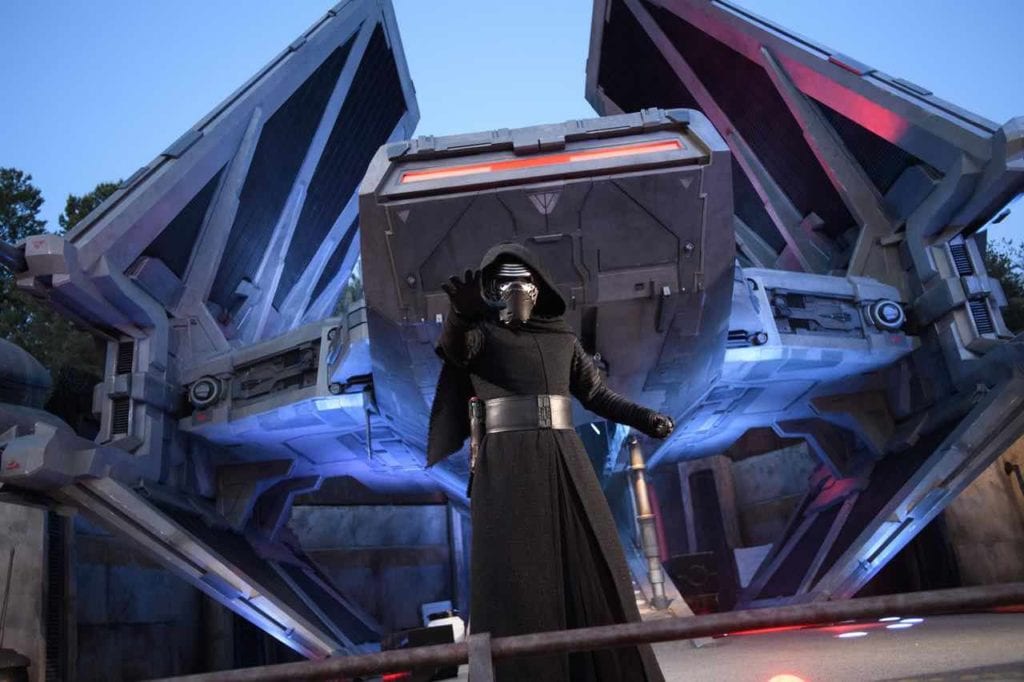 Once guests set foot on Batuu, they’re part of the action as it unfolds around them, and their interactions with the Play Disney Parks mobile app will deepen their engagement with the land – the first within a Disney park designed to integrate with the app.

Guests may choose to aid a smuggler, join the Resistance, or pledge their loyalty to the First Order. This depth of storytelling is part of the total immersion that will distinguish the two 14-acre lands from any other themed land in history. 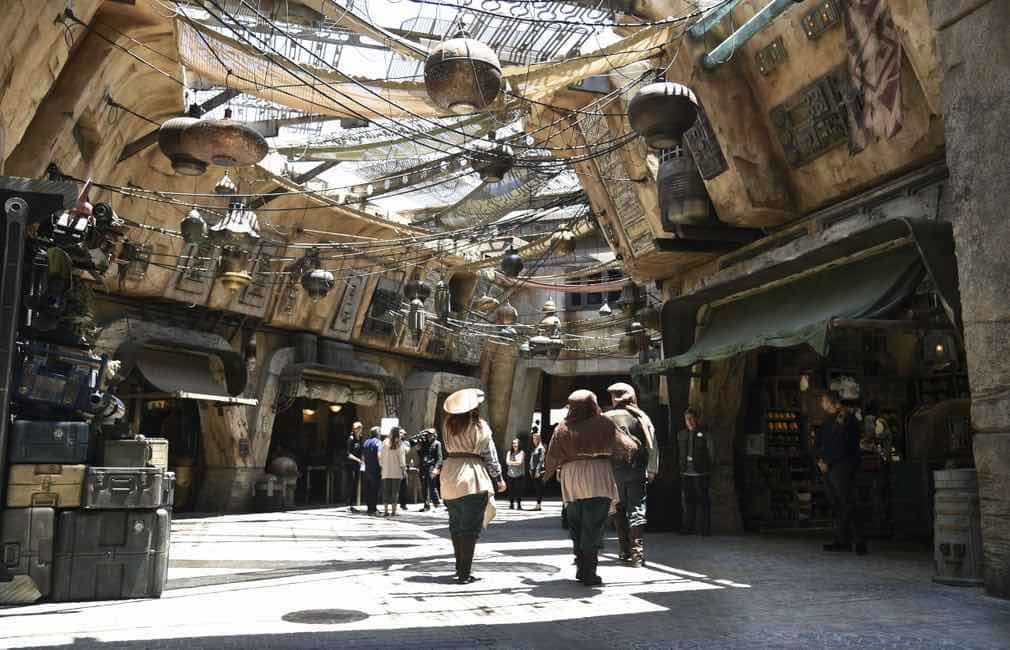 The new lands build off decades of collaboration between Walt Disney Imagineering and Lucasfilm Ltd., a global leader in film, television, and digital entertainment production, including the Star Wars franchise. The work on Star Wars between these two creative powerhouses dates back to 1987, when the groundbreaking Star Tours attraction opened at Disneyland Park in California. 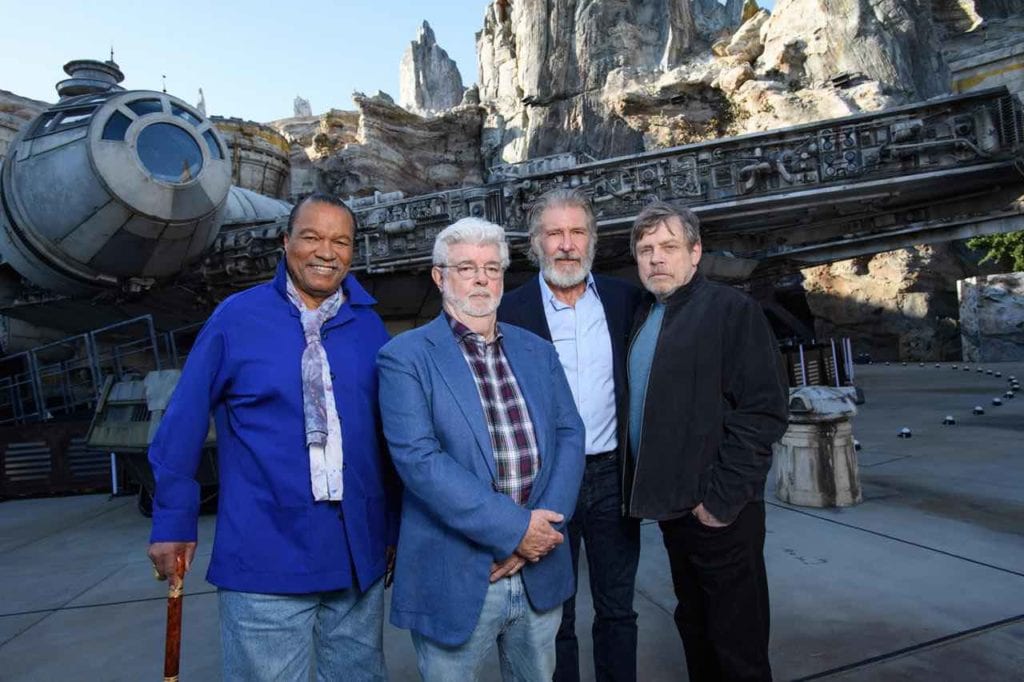 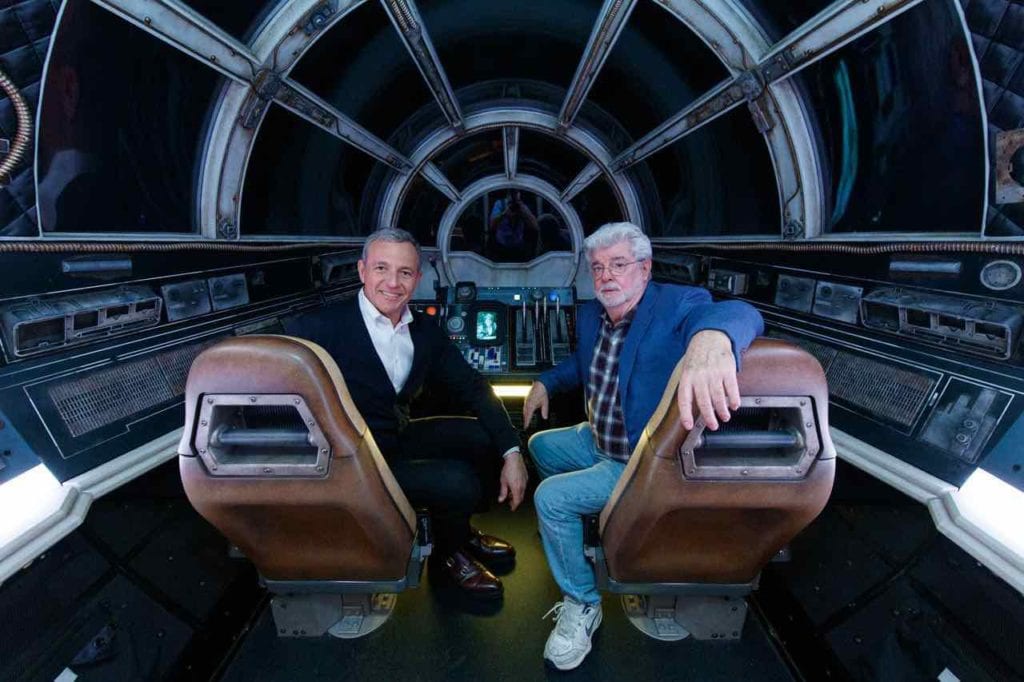 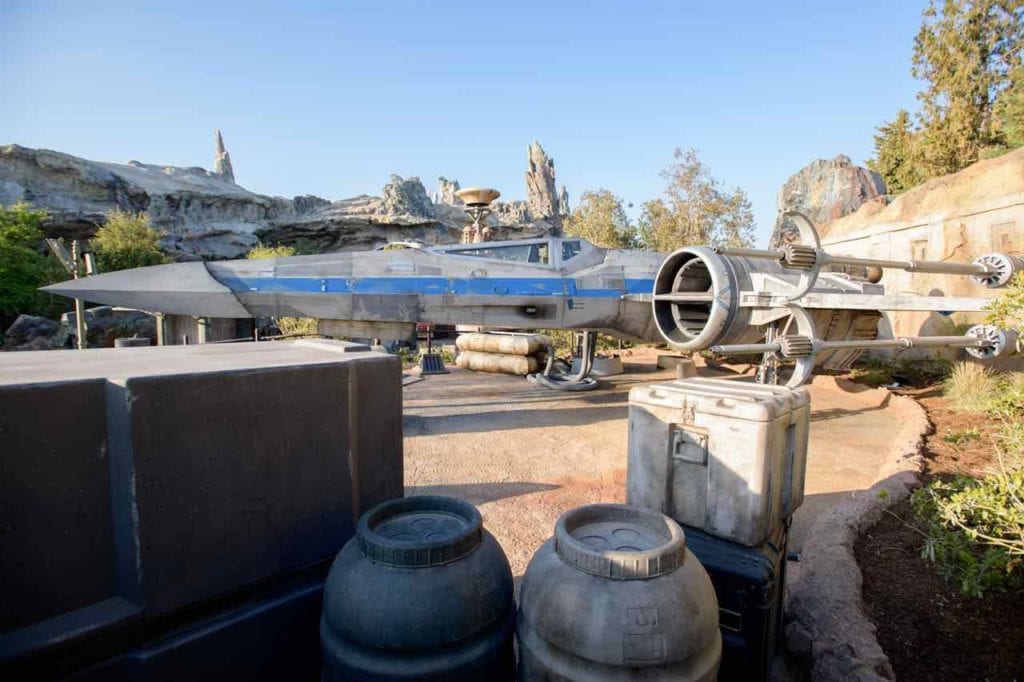 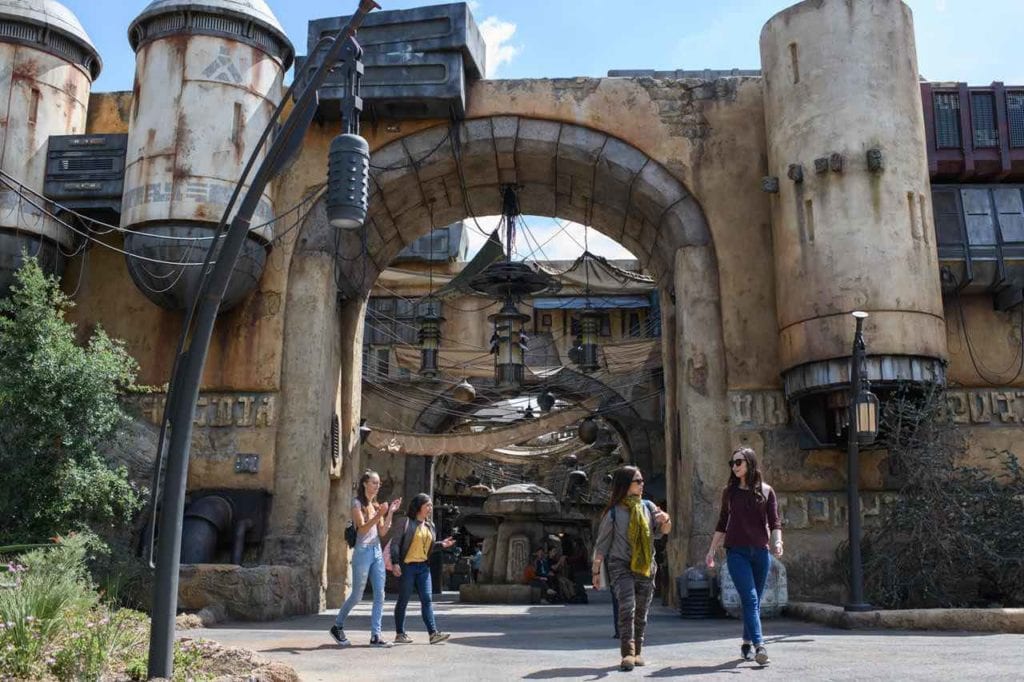 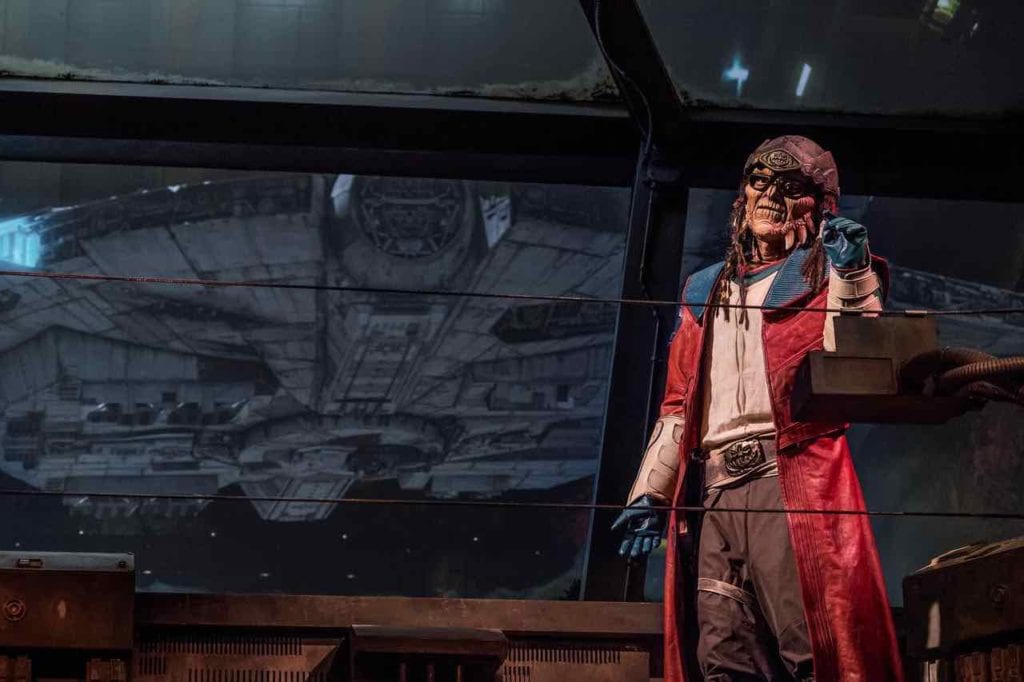 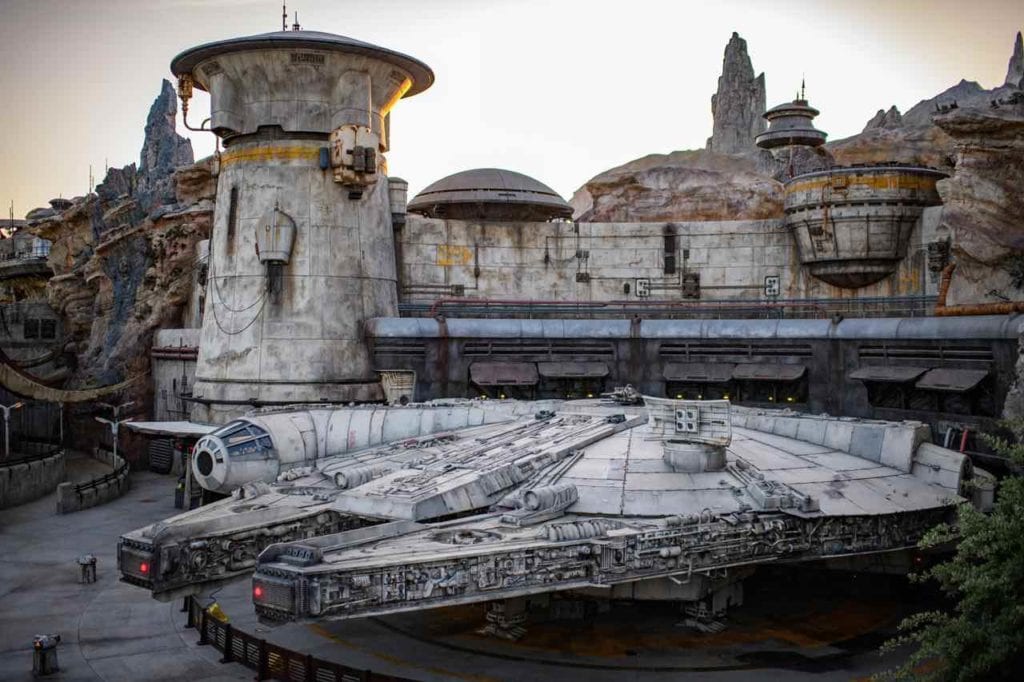 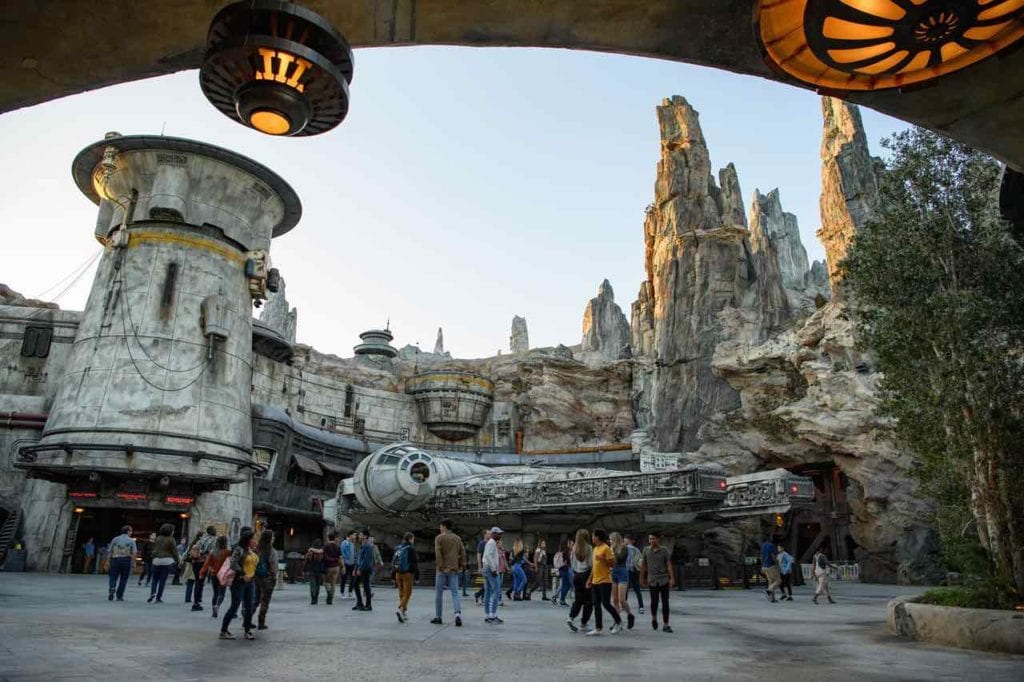 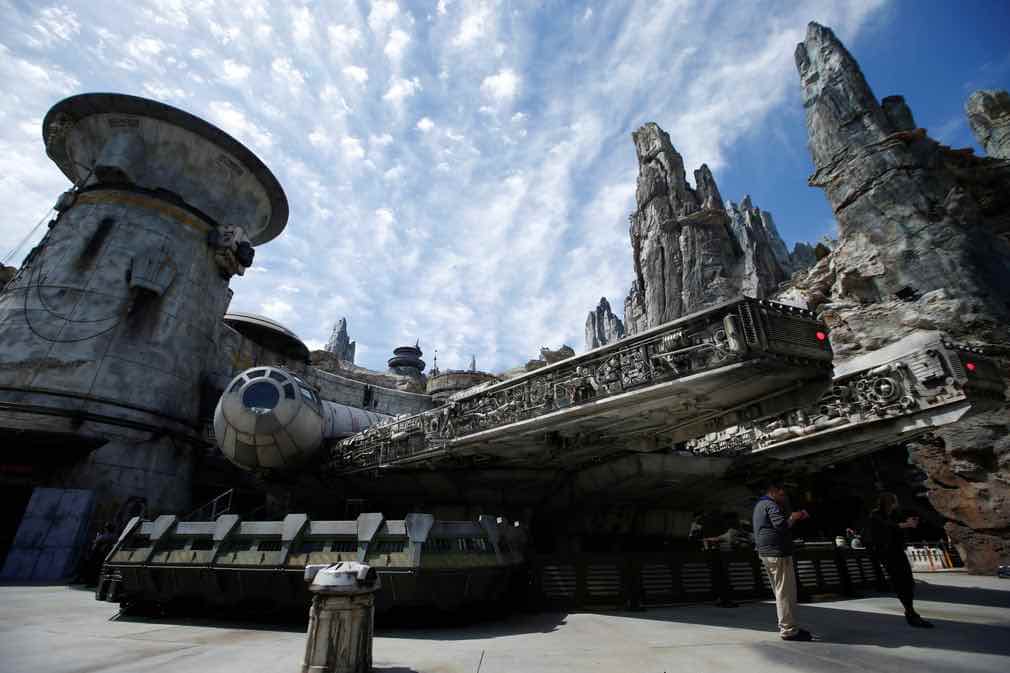 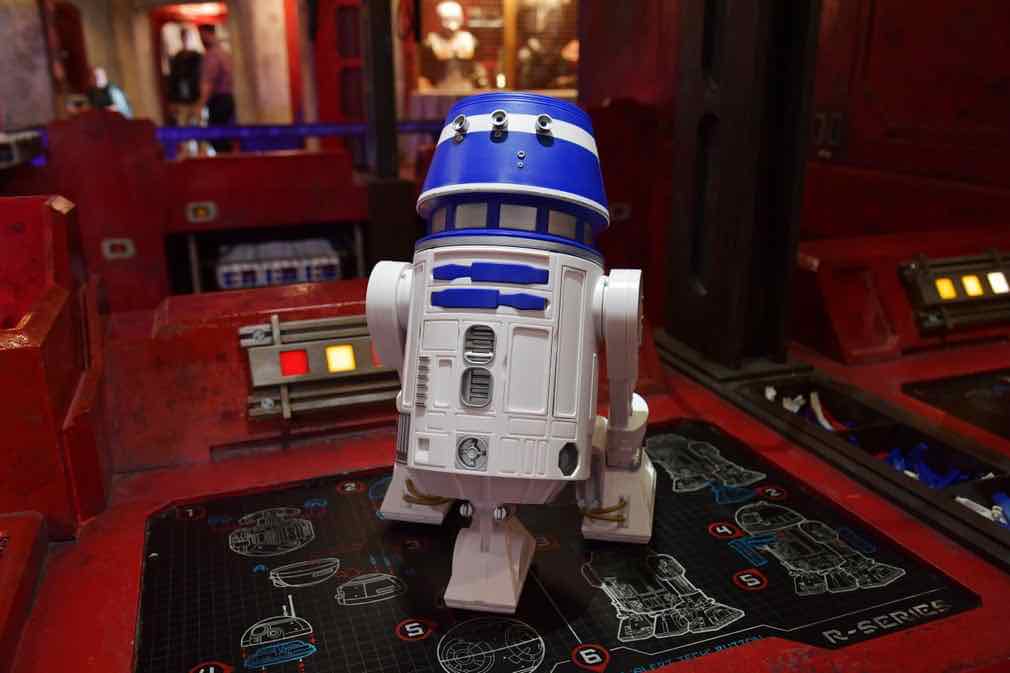 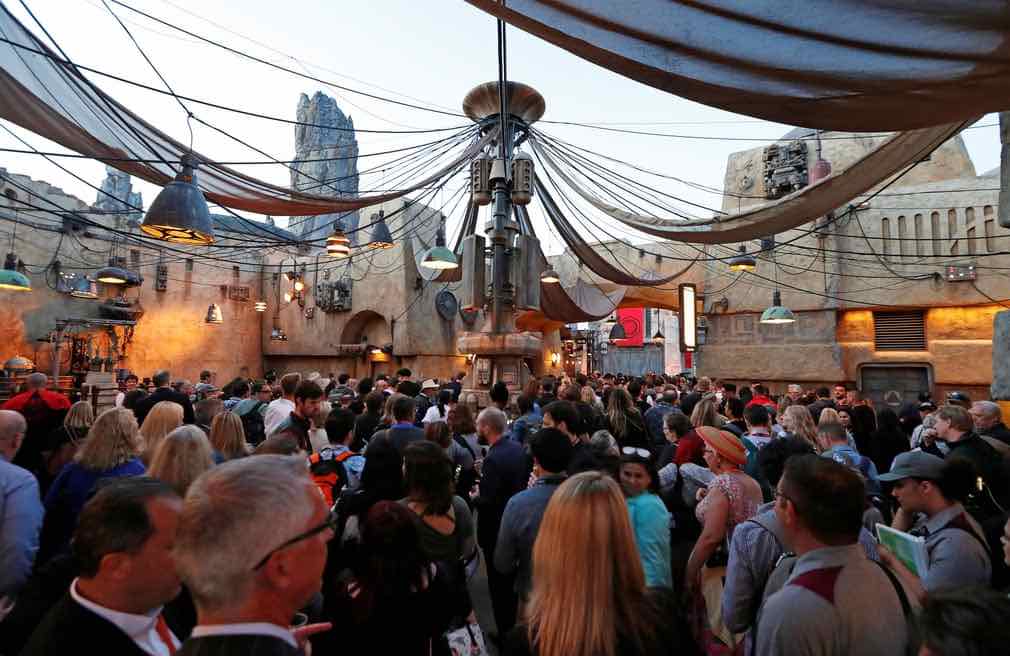 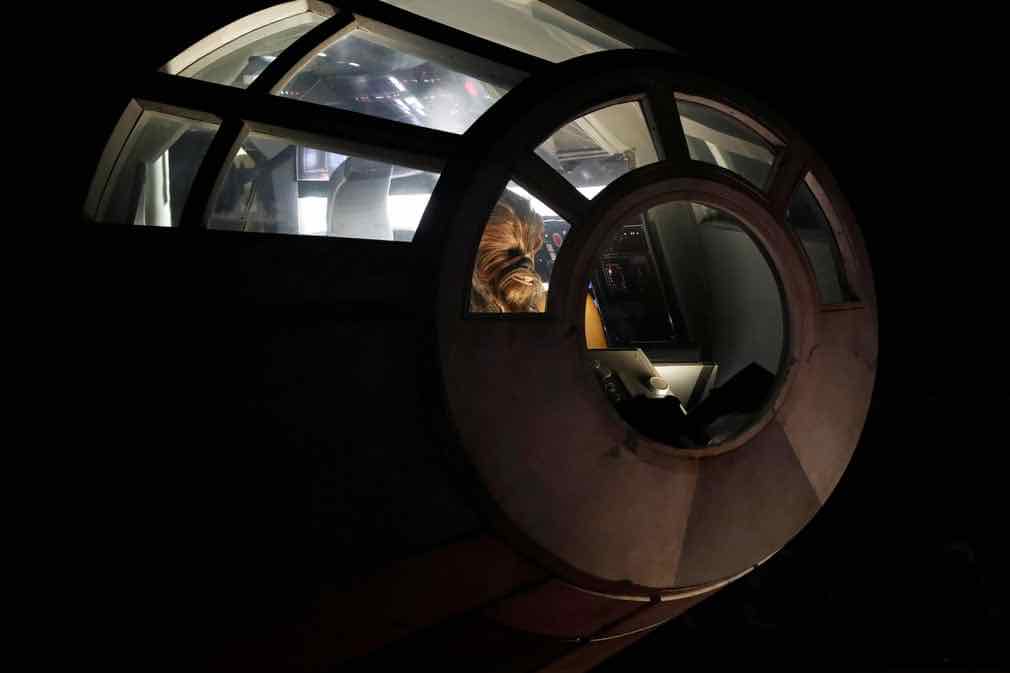 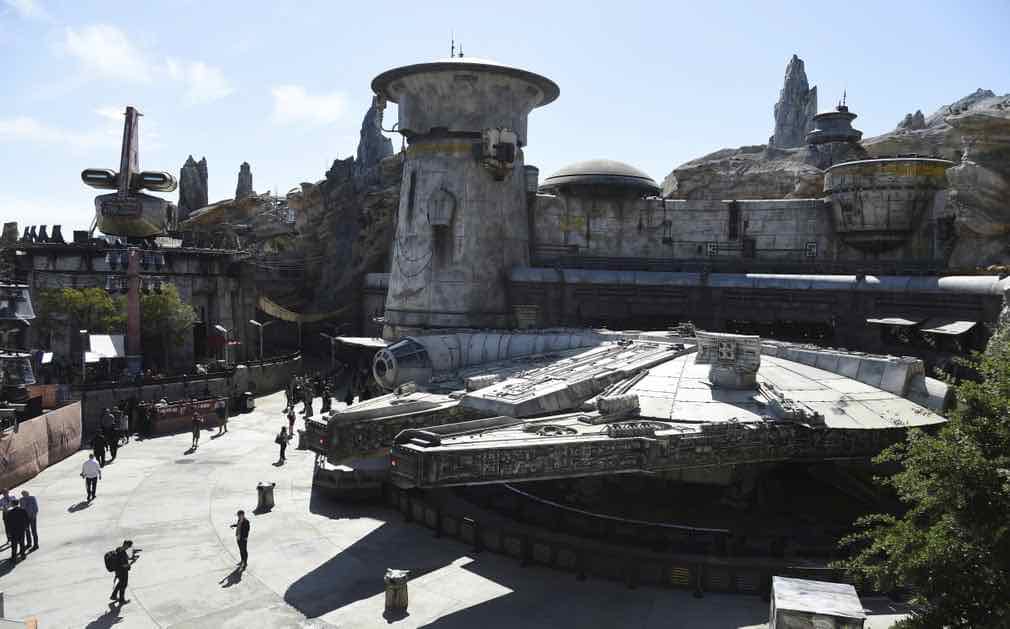 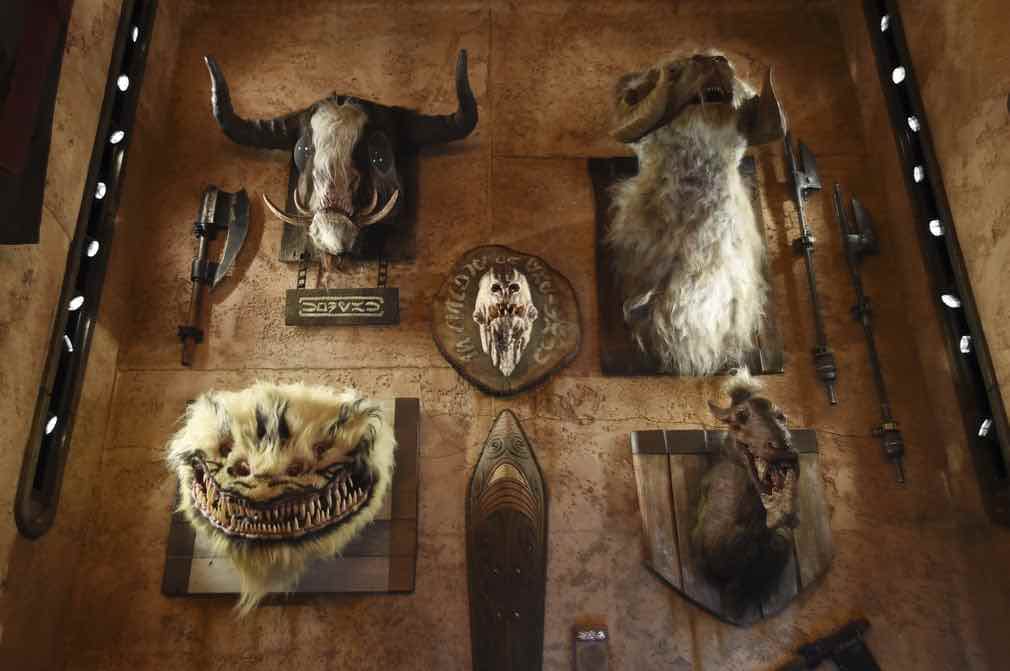 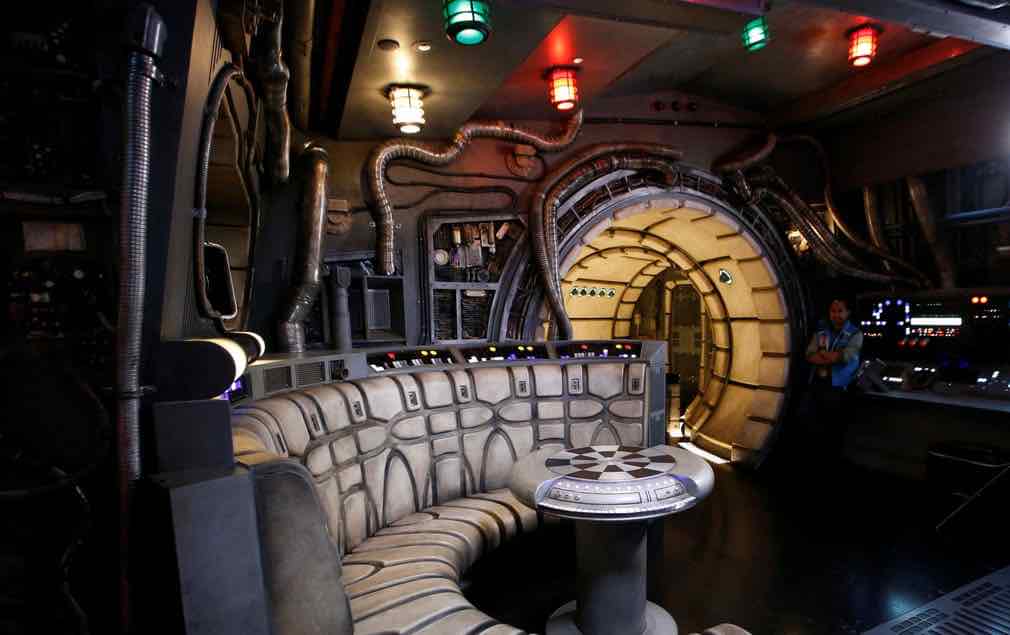 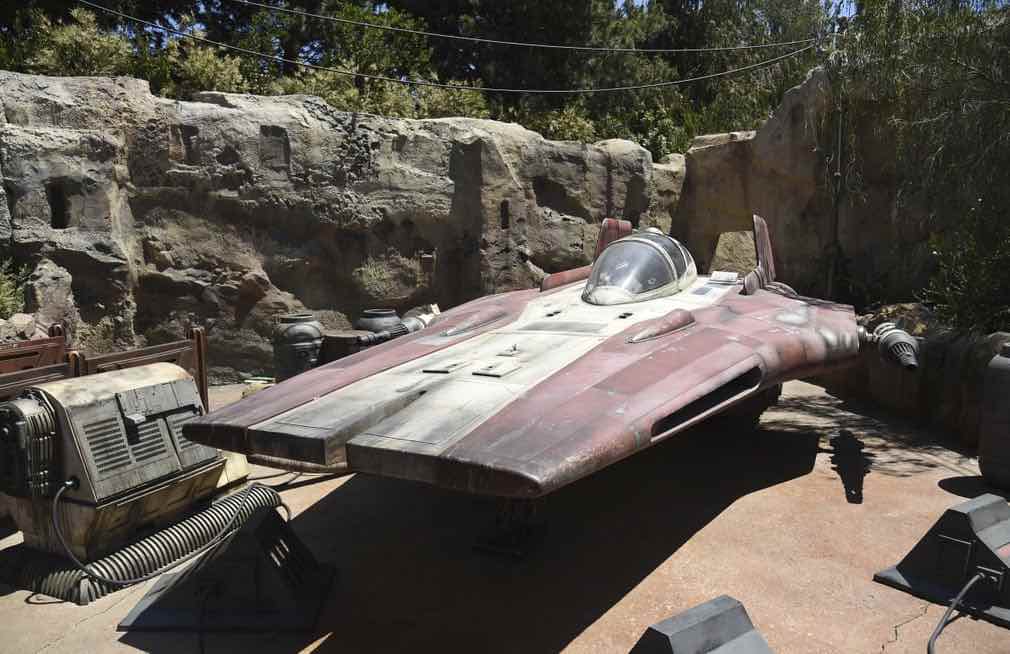 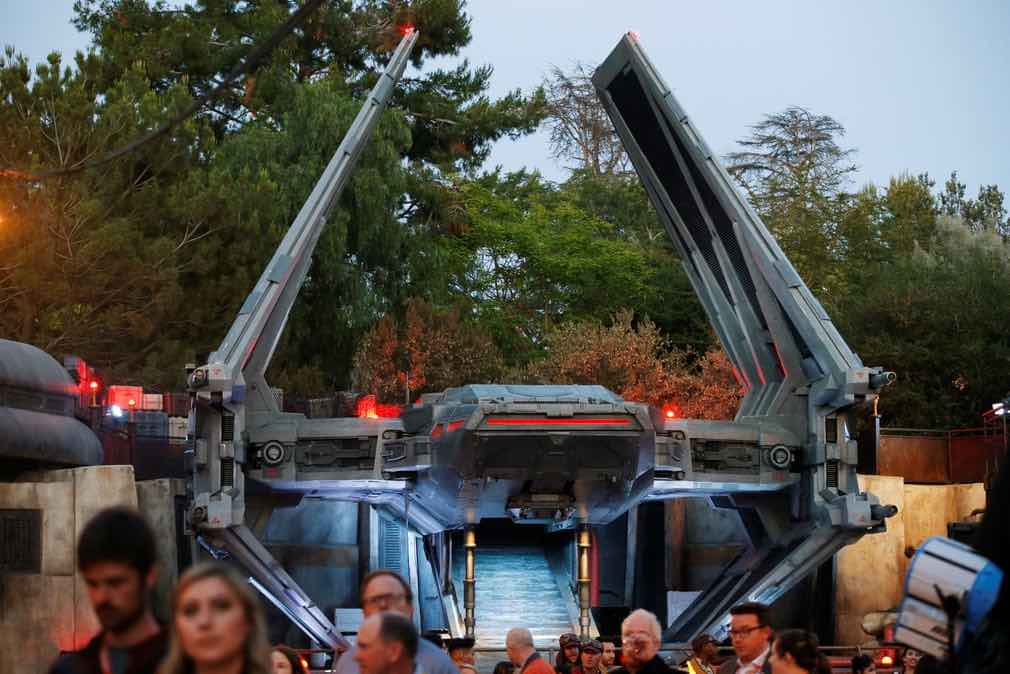