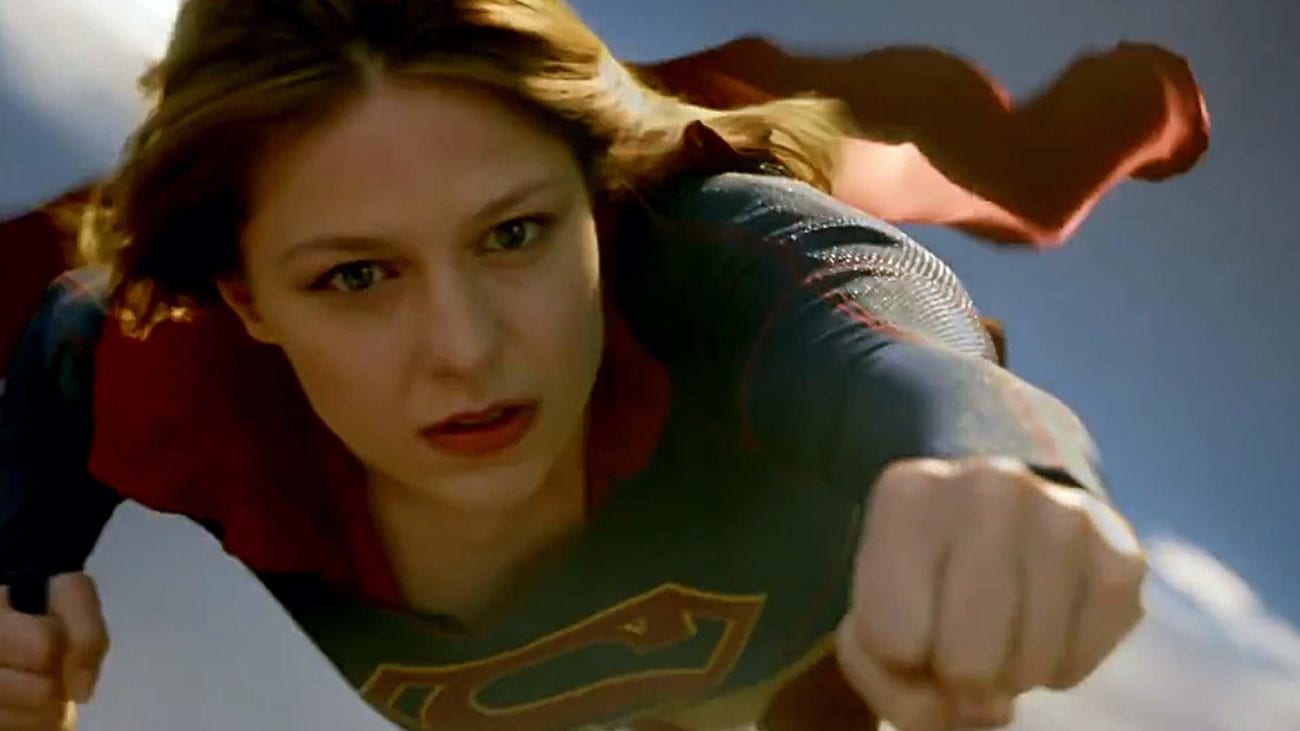 There are so many strong women on film and TV these days it’s hard for us to choose a WCW (Women Crush Wednesday) queen. This week we’re dedicating the crown to our fandom faves from Shadowhunters, Supergirl, and Wynonna Earp.

We’ve chosen these strong female characters because they not only fully embrace their sacred calling, but they also help out fellow femmes along the way. These bold female characters use brains and supernatural powers to overcome evil week in, week out. For those about to slay, we salute you.

This week we’re worshipping Clary Fray from Shadowhunters, Kara Danvers/Supergirl from Supergirl, and Wynonna & Waverly Earp from Wynonna Earp. Here are all the reasons we love them. 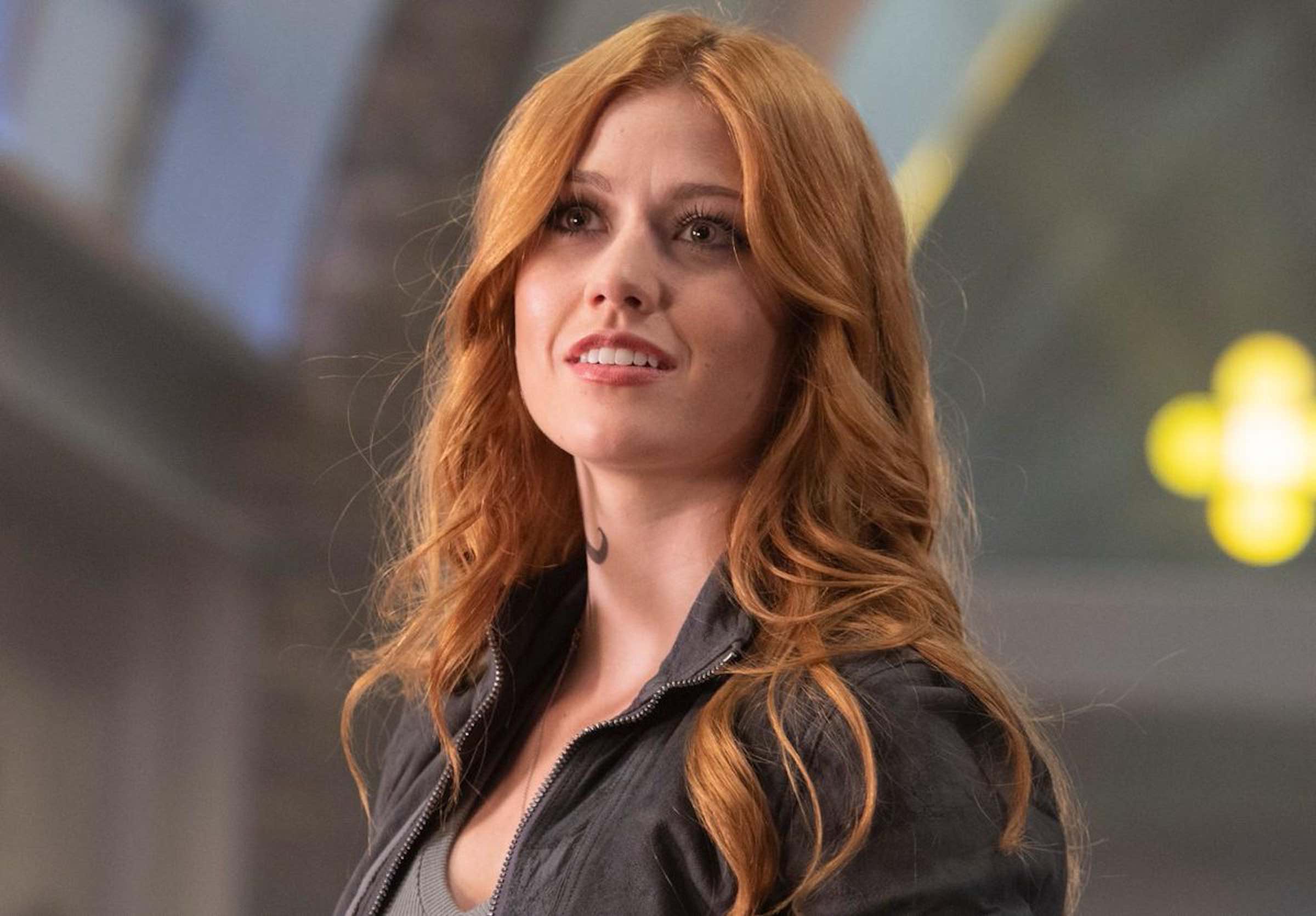 Clarissa “Clary” Adele Fairchild, a.k.a. Clary Fray, from the Shadowhunters TV adaptation by Katherine McNamara, is pretty much the center of the whole Shadowhunters universe, an unstoppable force in the show. She’s our WCW because she’s dogged and headstrong, but sharp.

Clary is that friend who’s always putting herself in dangerous situations to help her loved ones. When not out hunting, she’s a caring, compassionate girl with an artsy side. We know what you’re thinking: Jeez, is there nothing Clary can’t do? She’s a fierce feminist force in a show full of badass women. What’s not to crush on?

Here are just a few a reasons we love our girl Clary. 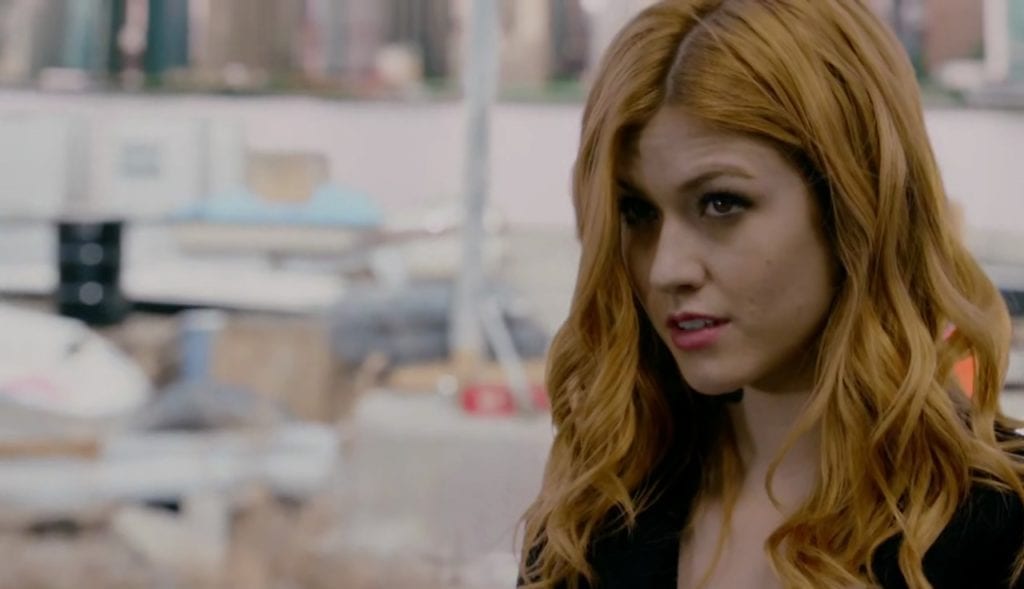 Girl can throw a punch

In Shadowhunters the women possess basically equal strength as the men, which means we’re treated to some epic Clary fight scenes. (Katherine McNamara, you rock our world). One of our faves has to be the S2E20 (“Beside Still Water”) rumble between Clary & Valentine.

Girl shows strength in the face of adversity

The first episode of Shadowhunters sees Clary in a nightmare: her mom has disappeared and she’s just found out she’s a Shadowhunter. Rather than cracking open the Ben & Jerry’s, Clary grabs a weapon, accepts her destiny, and leans in. Clary Fray could show Sharyl Sandenburg a thing or two about being a girlboss. 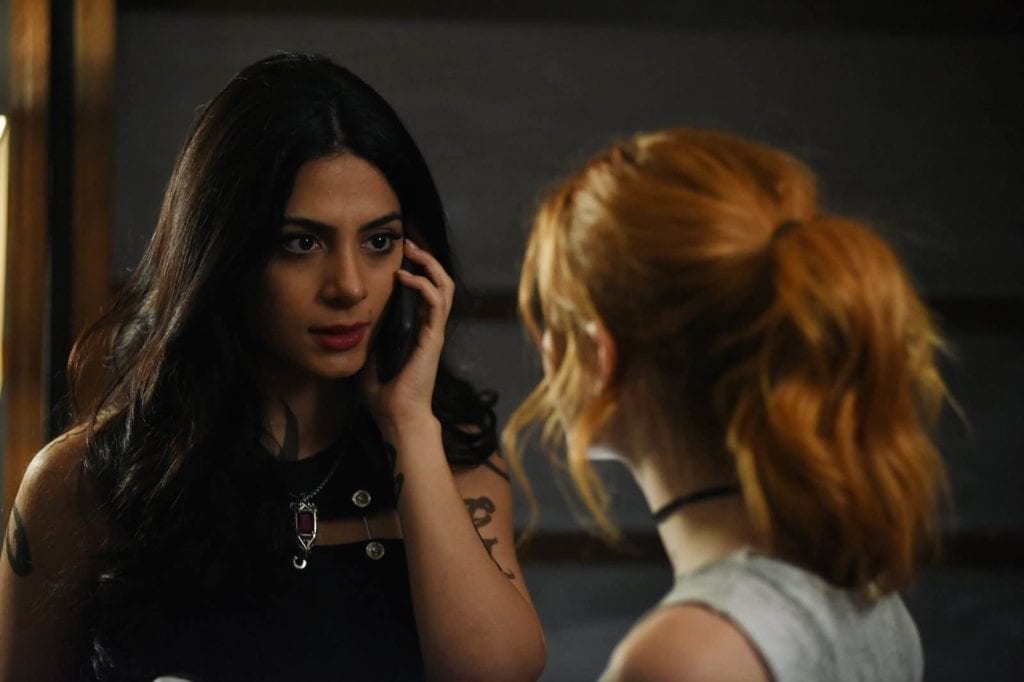 Girl ain’t afraid to lean on her girls

Clary ain’t no mean girl. One of the reasons we love Shadowhunters is because it depicts strong, healthy female friendships. We see women raising women up rather than being bitches. We love that Izzy (Emeraude Toubia) and Clary are each other’s ride-or-dies. It’s a beautiful and solid relationship right from the start. 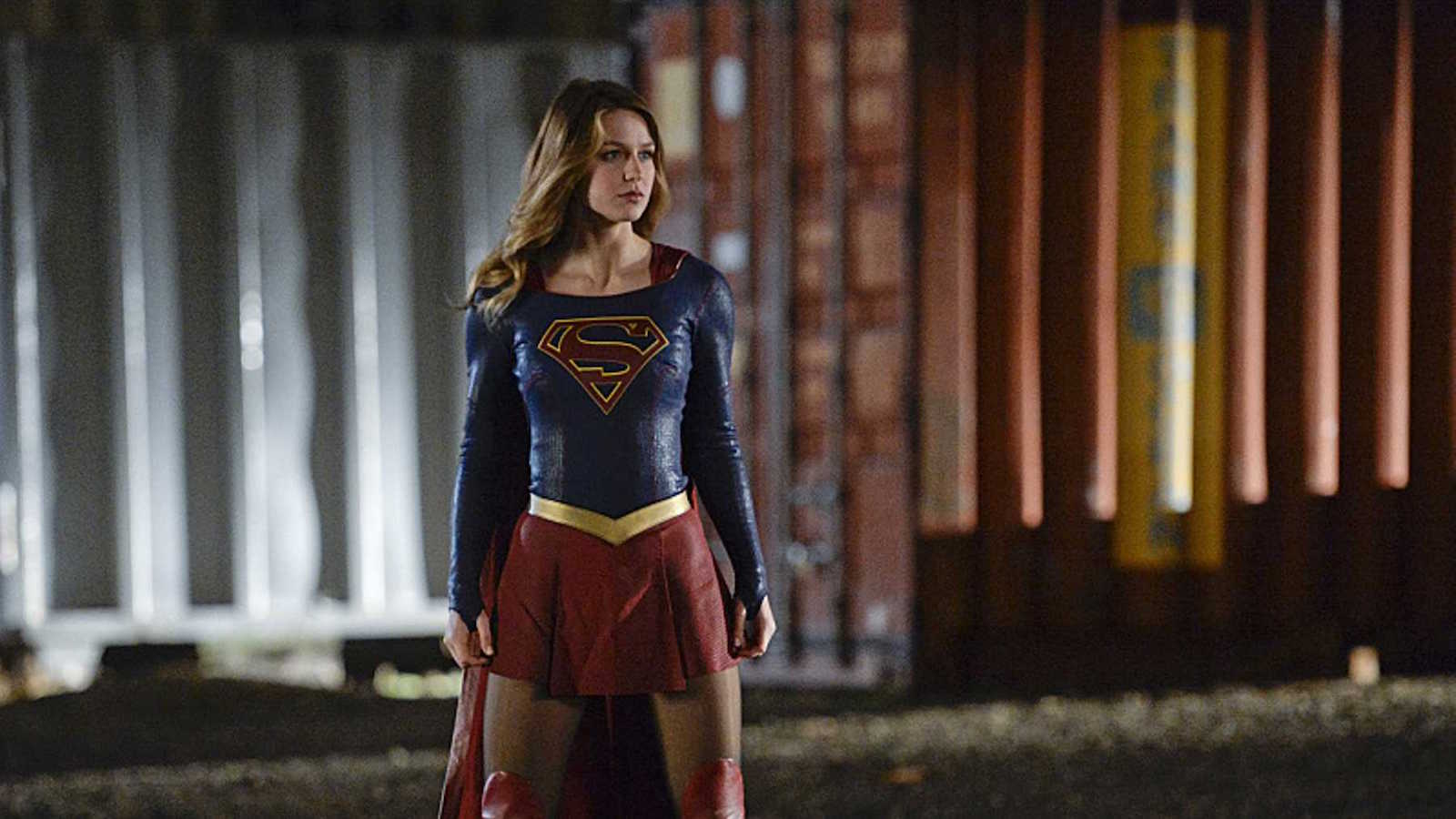 The Greg Berlanti-led series has done a great job at giving depth and complexity to our Supergirl, Kara Danvers, played with warmth & wit by Melissa Benoist. We’ve got to hand it to The CW: Supergirl is currently one of the most feminist shows on TV.

Kara is portrayed as smart, tenacious, and confident, equally adept at combating everyday girl problems as the alien & metahuman threats coming down to Earth. Damn, girl!

Here are the main reasons we love Kara Danvers/Supergirl. 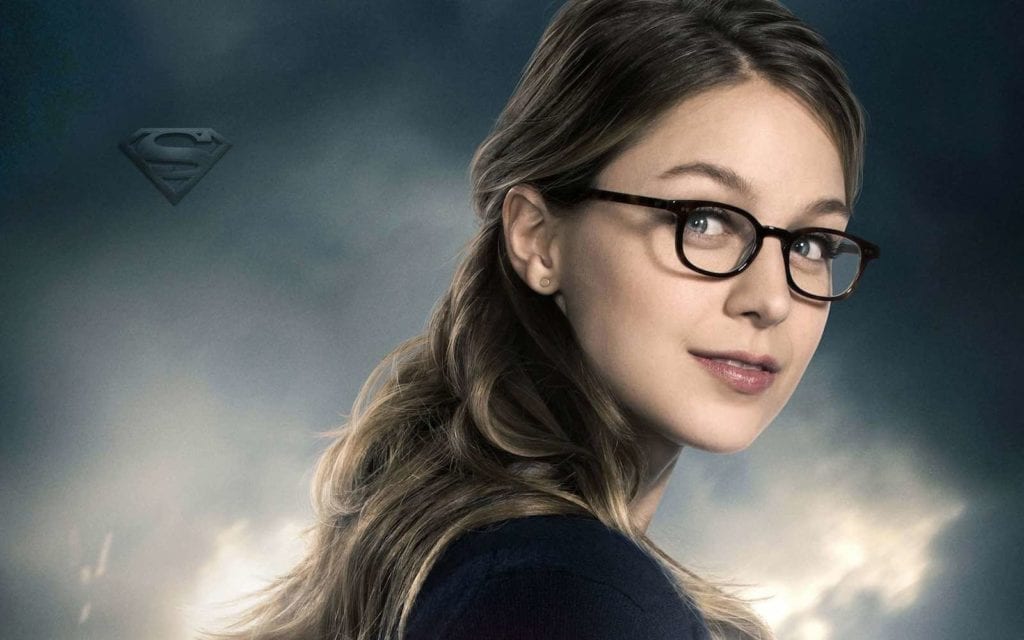 Kara Danvers is nerd and proud

Born Kara Zor-El, she was sent down to Earth from Krypton to make sure her younger cousin Kal-El (Superman, if you’re nasty) was okay. As things are with interplanetary (or budget) travel, Kara hit a few snags along the way and arrived down on our fair planet a little late.

As Superman was already grown, Kara found herself with nothing to do but grow up “normal” with her adoptive family. Kara embraced the nerd side of her personality, quirkily harboring Elon Musk-esque dreams of “making the world a better place”. 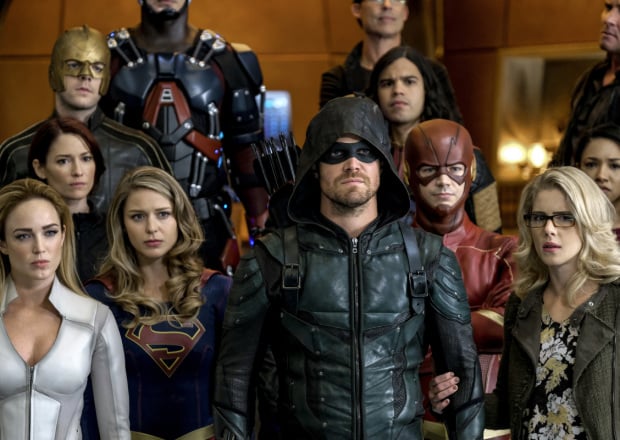 Kara Danvers takes her survivors guilt and slays it

After Krypton was tragically destroyed, Kara & Kal-El  (Supergirl & Superman) are two of a very small number of Kryptonians left. Rather than wallow over the loss of her kin, Kara owns her survivor’s guilt like a boss. She often puts herself in harm’s way to save lives, and she knows the true value of “doing the right thing”.

Unlike the other stories from the Arrowverse, Supergirl is focused on family (rather than found family). Not only is Supergirl dedicated to her blood family, she also has great relationships with her adoptive family, especially an open and honest relationship with her sister & mother. Even though she’s an alien in a foreign land, Kara’s dedication to her fam makes her incredibly relatable. 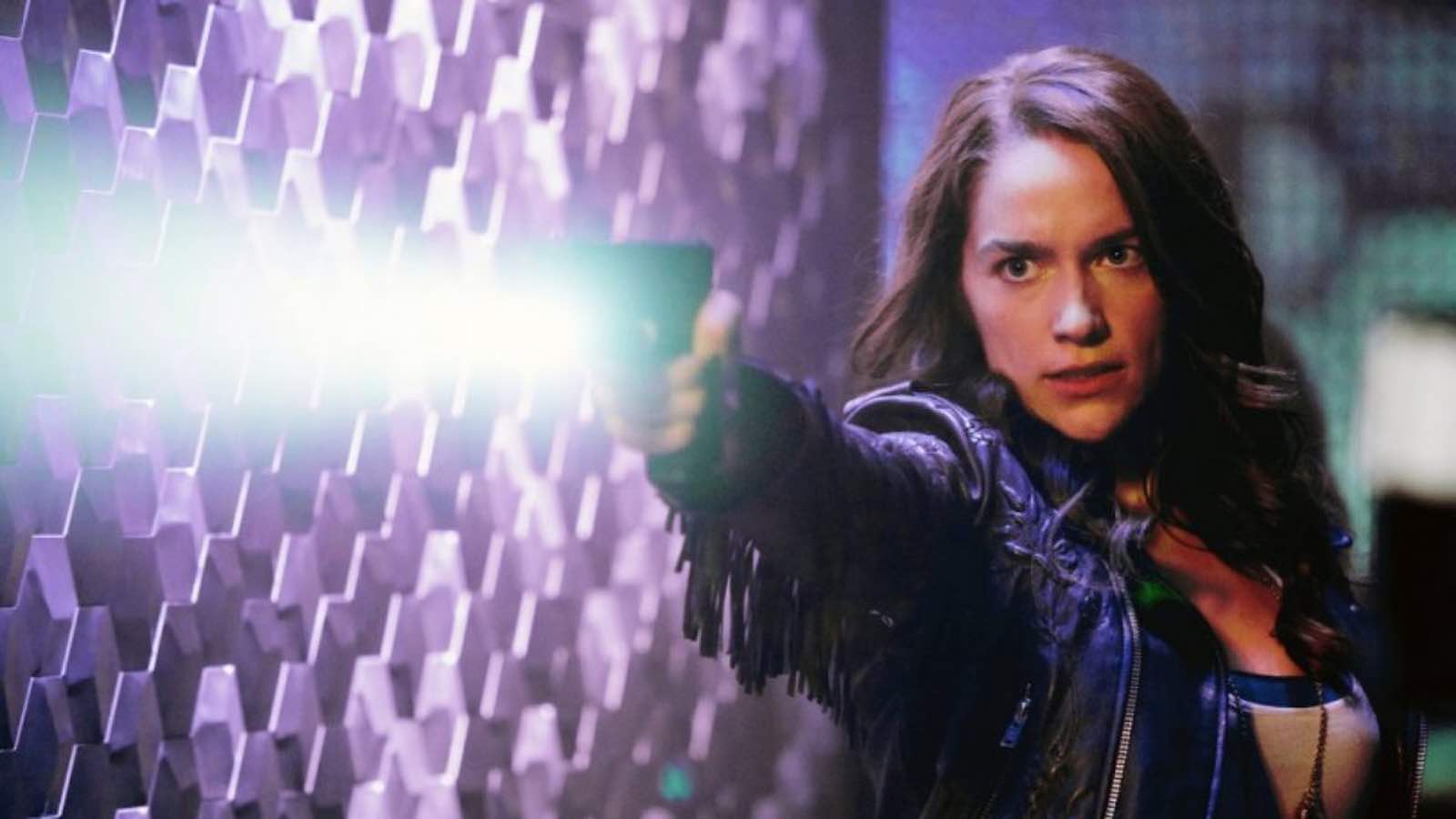 Wynonna Earp is the supernatural Western show from Syfy (and Netflix) that’s always ripe for a bingewatch. It rivals Supergirl in the fun stakes, but also foregrounds an impossibly ruthless heroine (Melanie Scrofano) with whom we dare you not to fall in love.

This female-led sci-fi show from showrunner Emily Andras has been passionately embraced for its feminist spin on the superhero genre, following Wyatt Earp’s great-great-granddaughter as she battles demons and other creatures.

Here’s why we’re joining the  “the world’s nicest fandom” in our love for the Earp sisters. 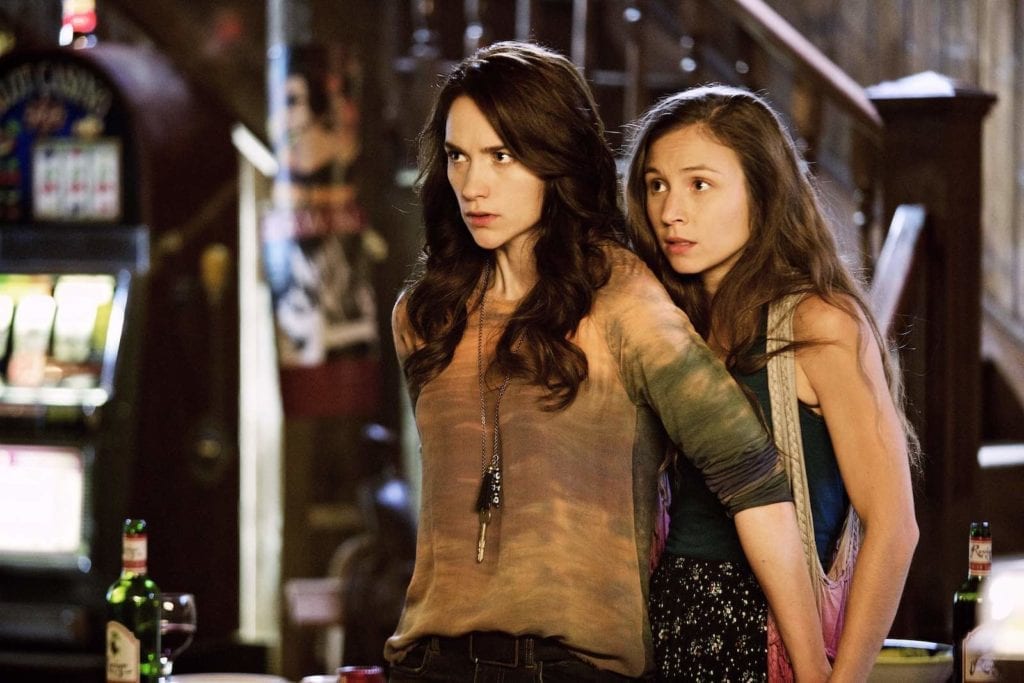 Sisters are doing it for themselves

Wynonna Earp revolves around a strong feminist core. Wynonna is a total renegade working against the system to solve problems. Waverly is a walking encyclopedia carrying years of research in her mind on the Revenants and Earp history.

Even though Wynonna’s headstrong attitude drives everyone mad at times, ya gotta admit the Earp sisters are a dream team. For the series opener, the sisters are estranged – but we quickly see the strong bond between them. The sisters rely on each other when the going gets tough and know their bond is the route to safety & salvation.

Sisters are feminist as f***

Both sisters are strong women raising hell in the world. They smash the “strong female character” trope with a sledgehammer (or mystical gun). Throughout the seasons, the Earp sisters show complex character growth, being flawed but understanding and working through failings. 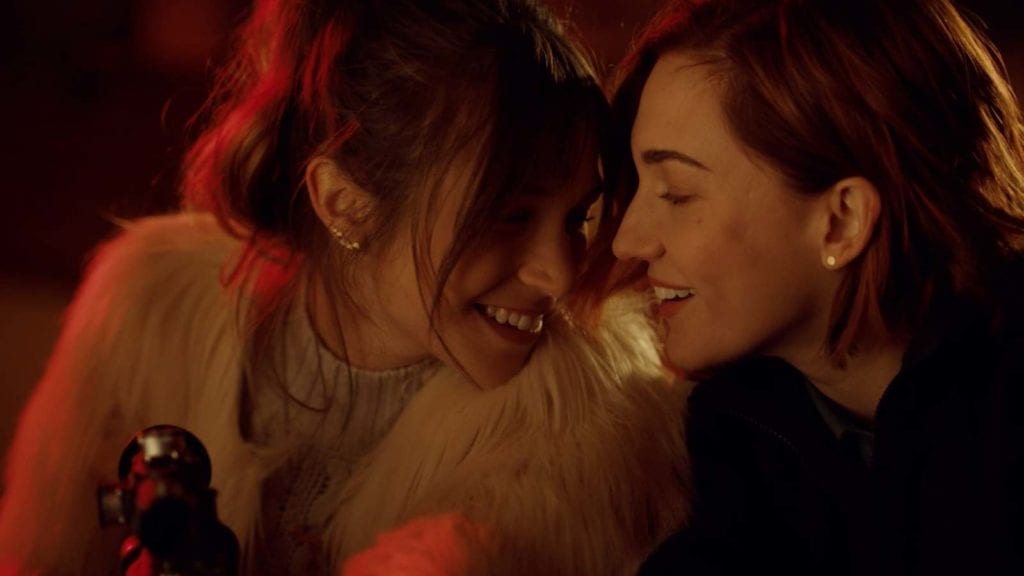 WayHaught is the LGBT love story between Wynonna Earp’s sister Waverly (Dominique Provost-Chalkley) and Officer Nicole Haught (Katherine Barrell). Their love story was a groundbreaking moment for the depiction of  sapphic relationships on screen. It’s so rare that TV viewers are able to see a healthy lesbian relationship portrayed on screen without a painful, drawn-out death looming.

Do you have a fandom favorite you think should be our WCW next week? Send us a tip via Twitter.