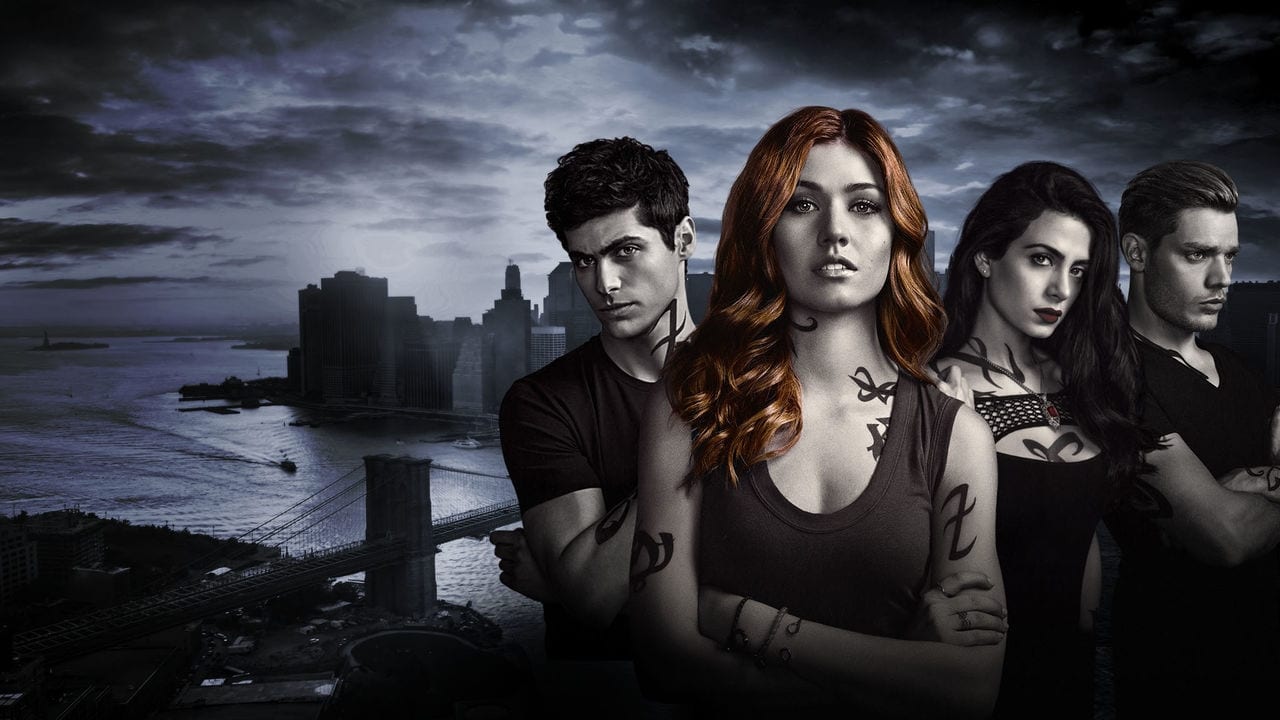 Save ‘Shadowhunters’: How the #Shadowfam helped fans, in their own words

The Shadowfam was working hard to save Shadowhunters during season S3B. Here’s our coverage.

How’s it going, Shadowfan? We’ve been blown away by Shadowhunters Season 3B so far, but even more impressive are your incredible responses to our campaign to save the show. Our premiere event in Toronto is already Film Daily’s highlight of the year, and we’ve been overwhelmed by your responses to our series of interviews about why you love the show.

In the social media age of instant communication and lightning-fast connection, it’s now easier than ever to amass a vast group of friends & followers to rally around a common cause. In our bid to reach out to the show’s most dedicated fans, we’ve been overwhelmed by how many of you have made lifelong friendships either online or at fan conventions. 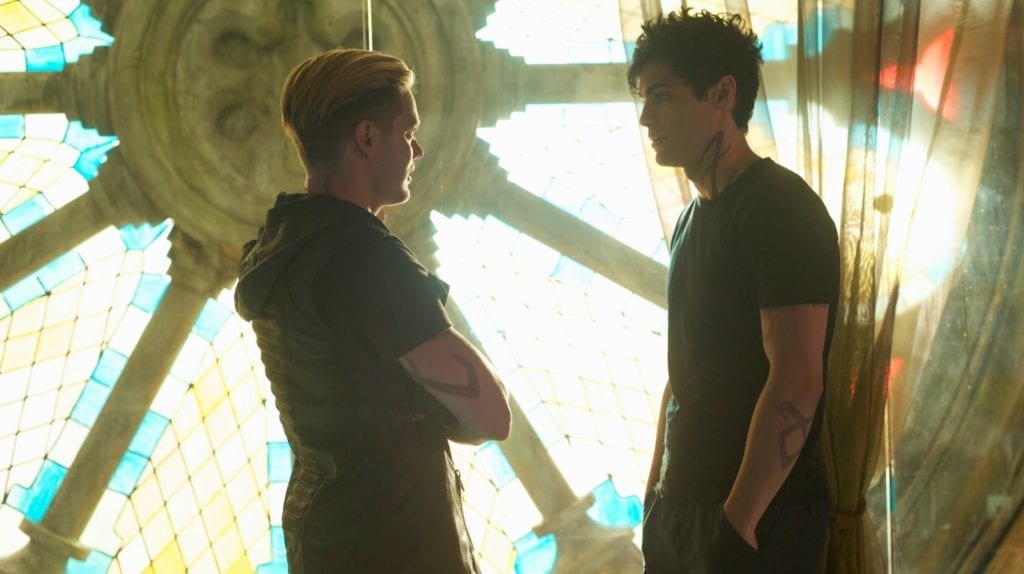 @sh_wanderlust: “The fandom, much like the show, has been there for me when the real world seemed too scary, too real, too much for me to handle. It’s a safe haven, a place to escape to, whether it’s to Whatsapp to talk to my parabatai half a world away, or to my Twitter timeline, joining thousands of other fans with whom I share one thing in common: love and appreciation for the Shadowhunters cast, crew, plot, characters, the general air and aura that we continue to spread over social media.

“My parabatai is one of the few people I trust with everything, even if we’re divided by the Atlantic ocean and a couple of hours in timezone.” 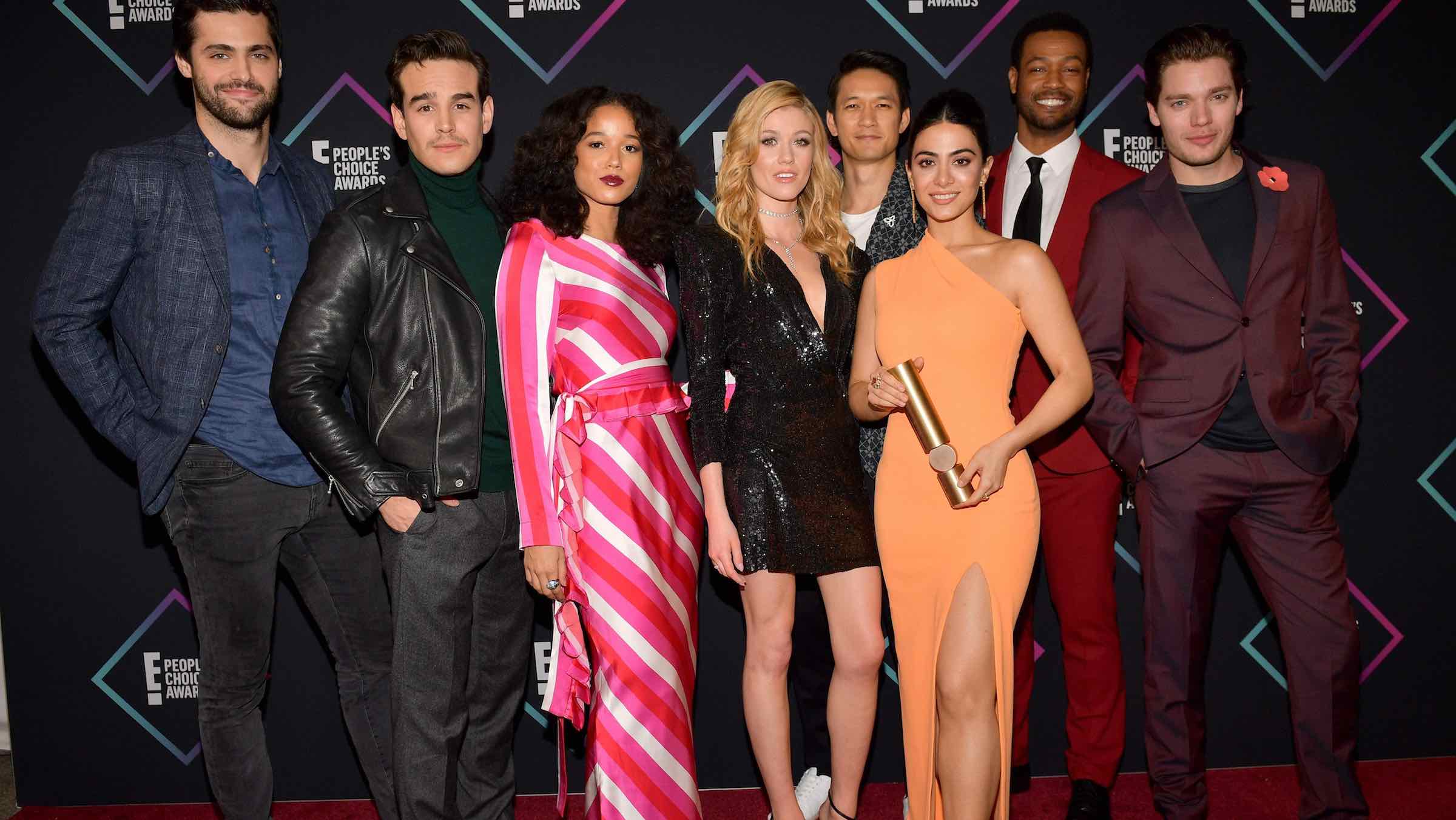 @zeejade88: “I have made many good friends in the fandom, friends I would happily go to the ends of the earth for. Without naming any (for their own privacy), I’d like to shout out my Swoon Sisters, my Chaotic Family, and my Exposed Squad. They give me so much love and support every single day.”

@wckdmeg: “Some of my best friends came from this fandom. Being a video editor on Instagram has shown me this amazing community of Shadowhunters fans and has allowed me to make IRL and online friends.

“I’ve gone to New York Comic Con and tried to help share awareness of the show. In school I try my best to indulge people in what Shadowhunters has to offer and see if they are interested in starting the show. So far I have had quite a few friends and classmates start watching the show. As a fandom, we have done a lot, whether that’s trying to promote the show ourselves on social media or raise money for charities like The Trevor Project.”

@enthusiasm85: “I have made many friends, some that I consider to be my family. I have a mom, several sisters, and aunts and uncles. There are many more who don’t have a ‘title’ so to speak, but feel like family to me.” 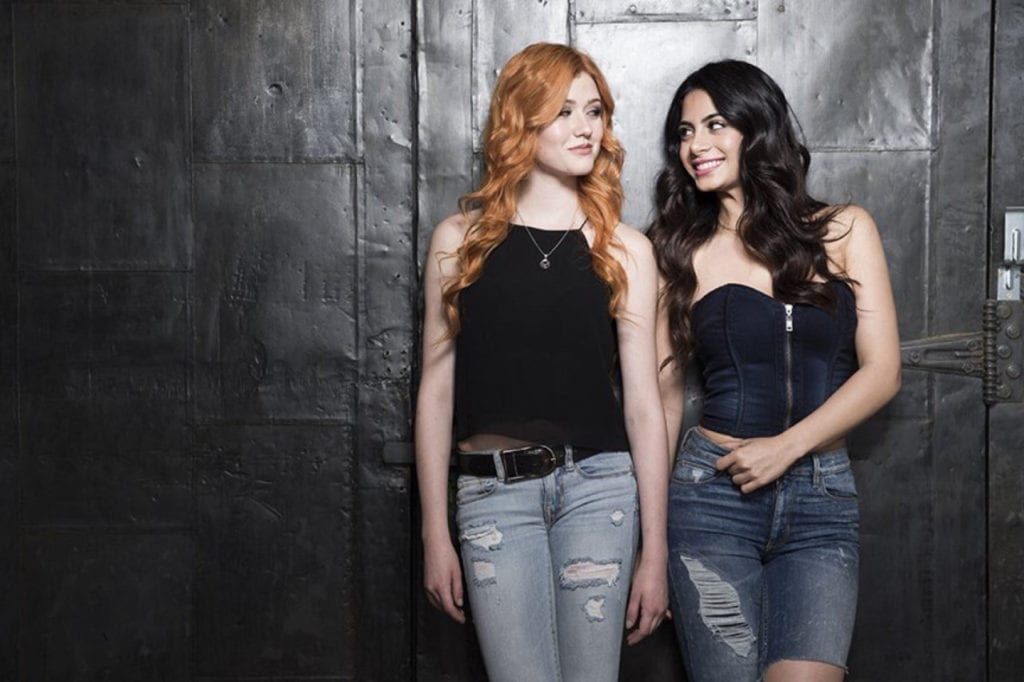 @r0binmon: “They spread so much love. If anyone is in need, people care so much, no matter if they know each other. This makes it so special. The friends I made give me so much. We write every single day or talk through video chats. It’s like they are here. Thanks to mobile devices they can be with me wherever I go.”

@lisajean74: “The friends I have made have held me up at times when I thought I could not go on, including the fandom in general. Sometimes you think, ‘This is it, the end’, and they rally. You can’t help but join in. They are a force to be reckoned with.”

@_LightwoodBane_: “I’m still in the process of grieving the death of one of my best friends. The community was there for me in an instant. I had people messaging me just to talk and give their condolences. The pain would be an unbearable burden if I didn’t have people care so much to guide me through the grieving process.” 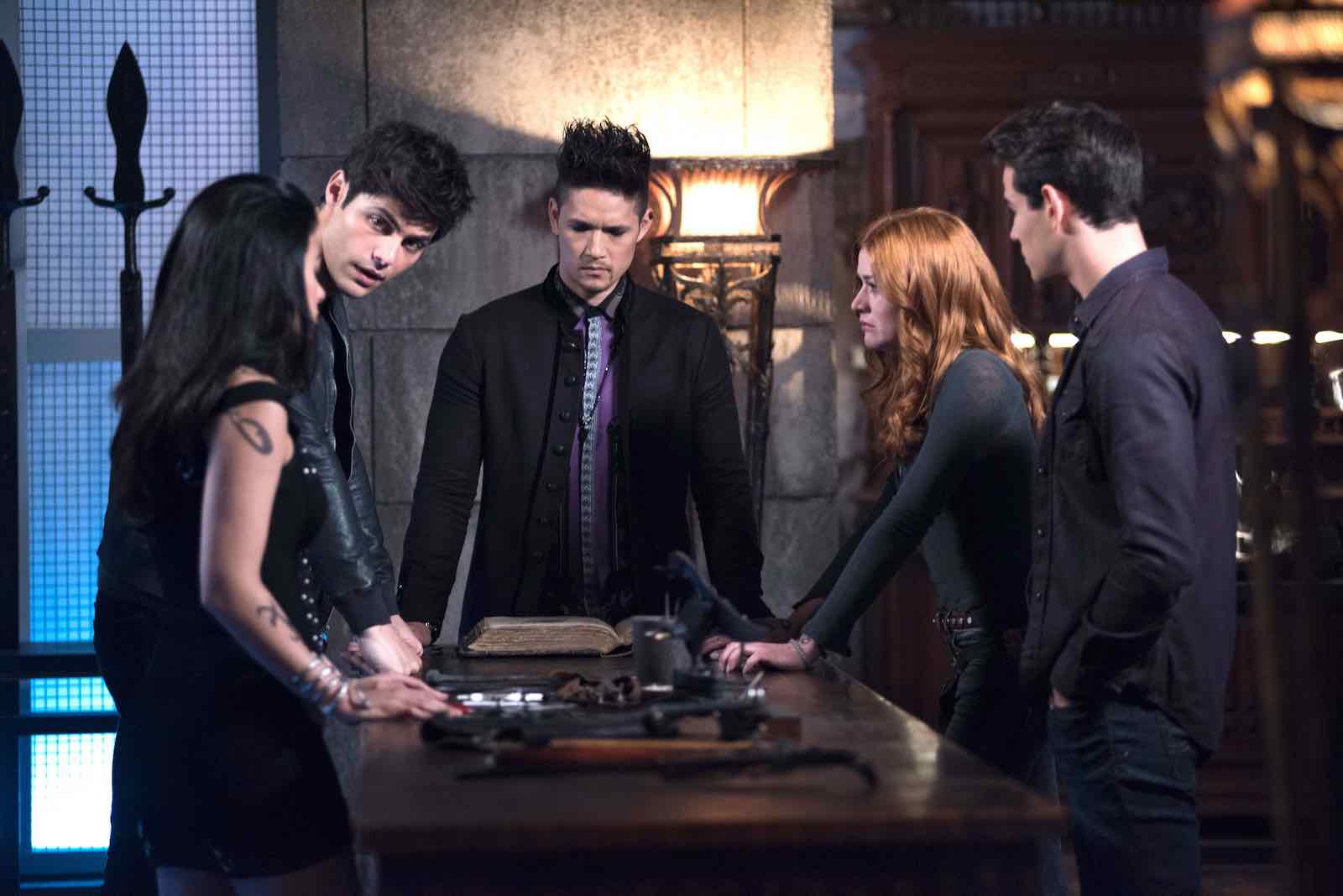 @xhollie_sealeyx: “I first discovered Shadowhunters when I was watching the Teen Choice Awards. I tweeted about what a lovely cast they were, so one of my friends who watches the show sent me loads of pictures of Malec. I fell in love and had to start watching the show. I loved how big and supportive the cast, crew and fans are with each other too. It’s really just one big family!

“For a lot of people, Shadowhunters for those 40 minutes each week is their only source of happiness and brings them the most joy in their life, strength to keep fighting. It has been a really great help to me these past six months, and if I hadn’t started watching the show and made the friends I have, I honestly don’t know where I would be right now. It’s given me the confidence to keep on fighting – no matter what.”

@F_F_podcast: “18 months ago, I started a weekly podcast with my best friends about Shadowhunters, which now has had almost 20,000 listens. Six months ago, we launched a second multi-fandom podcast and are currently planning a third. I had not realized just how much of myself I had given up when I gave up fandom. Shadowhunters helped me find my way back to this previous version of myself.” 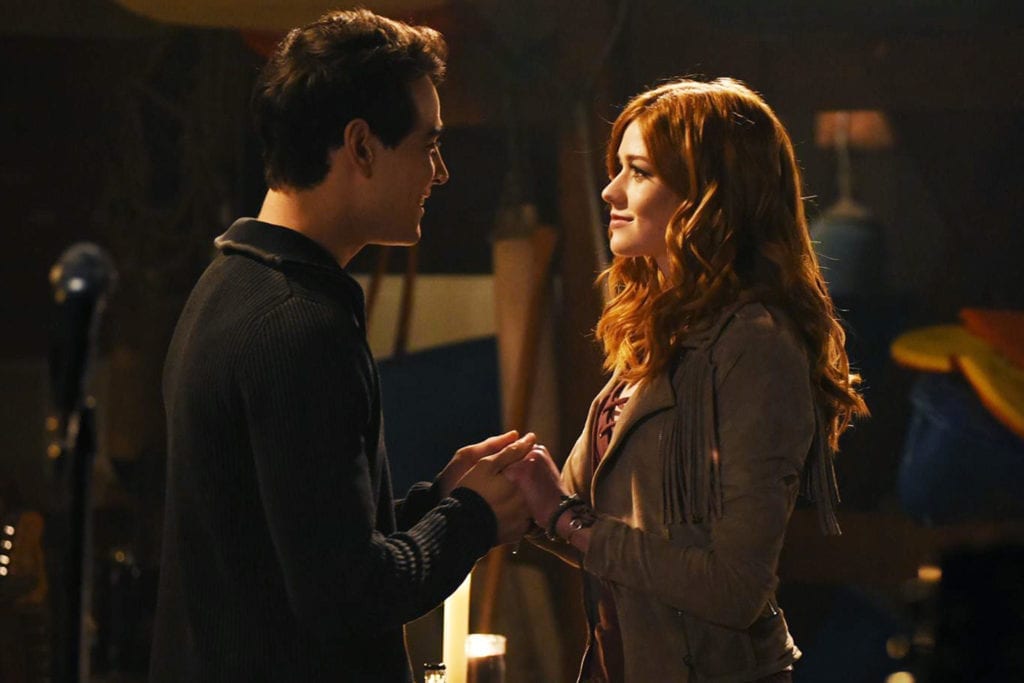 @irisadler379: “I made friends, some of whom have become my family. Because of my Shadowfam friends, I have diagnoses and am now on medication for medical issues I wasn’t even aware of, and more importantly, I am learning how to be the advocate of my own health, how to be tenacious, how to pursue the medical assistance I need.

“I’ve always been on the peripheries of fandom. Shadowhunters changed all that, as I got to know one person, then another. Like in real life, some are casual friends, people I wave at when I see them pop up on twitter or discord. Others are much more.

“Found family is something I’m very passionate about in my fandoms, and through Shadowhunters, I’ve found a family. I’ve become friends with incredible writers whose work I’ve read for ages and admired. I still freak out when I realize that I can just talk to these awesome humans whenever I want!”