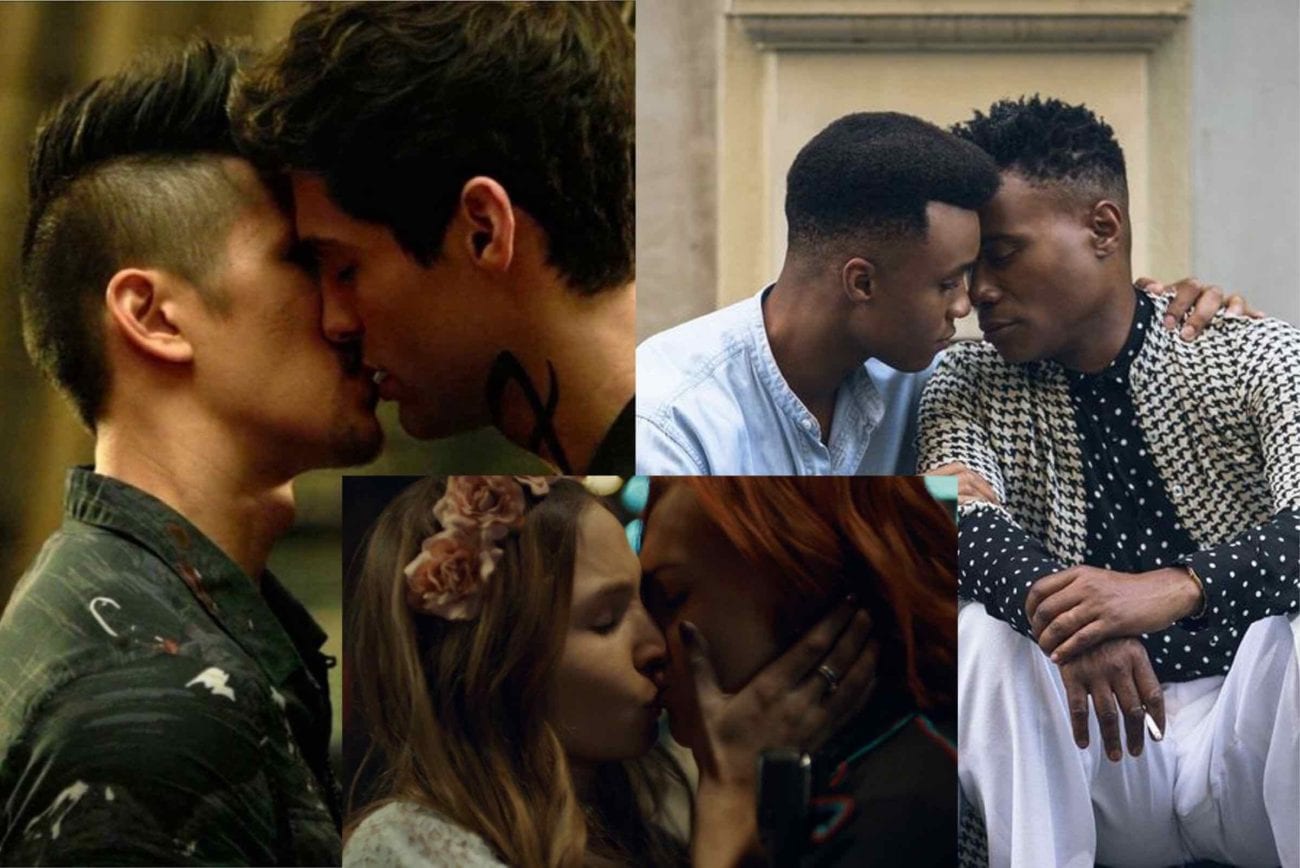 We have very simple expectations for television. We love it when beautiful people with impossible hair fall in love and/or fight crime, preferably in leather jackets. If there is a supernatural element involved, you won’t hear us complain.

Television telling the stories of queer characters not just as comic relief but as fully-fleshed persons has been making incredible strides in recent years and given us a smorgasbord of fascinating characters to watch, root for, and obsess over. There’s still a long way to go, but we created a list of some of our favorites on the small screen right now (and if we’re missing any key players, be sure to tweet at us and let us know.) 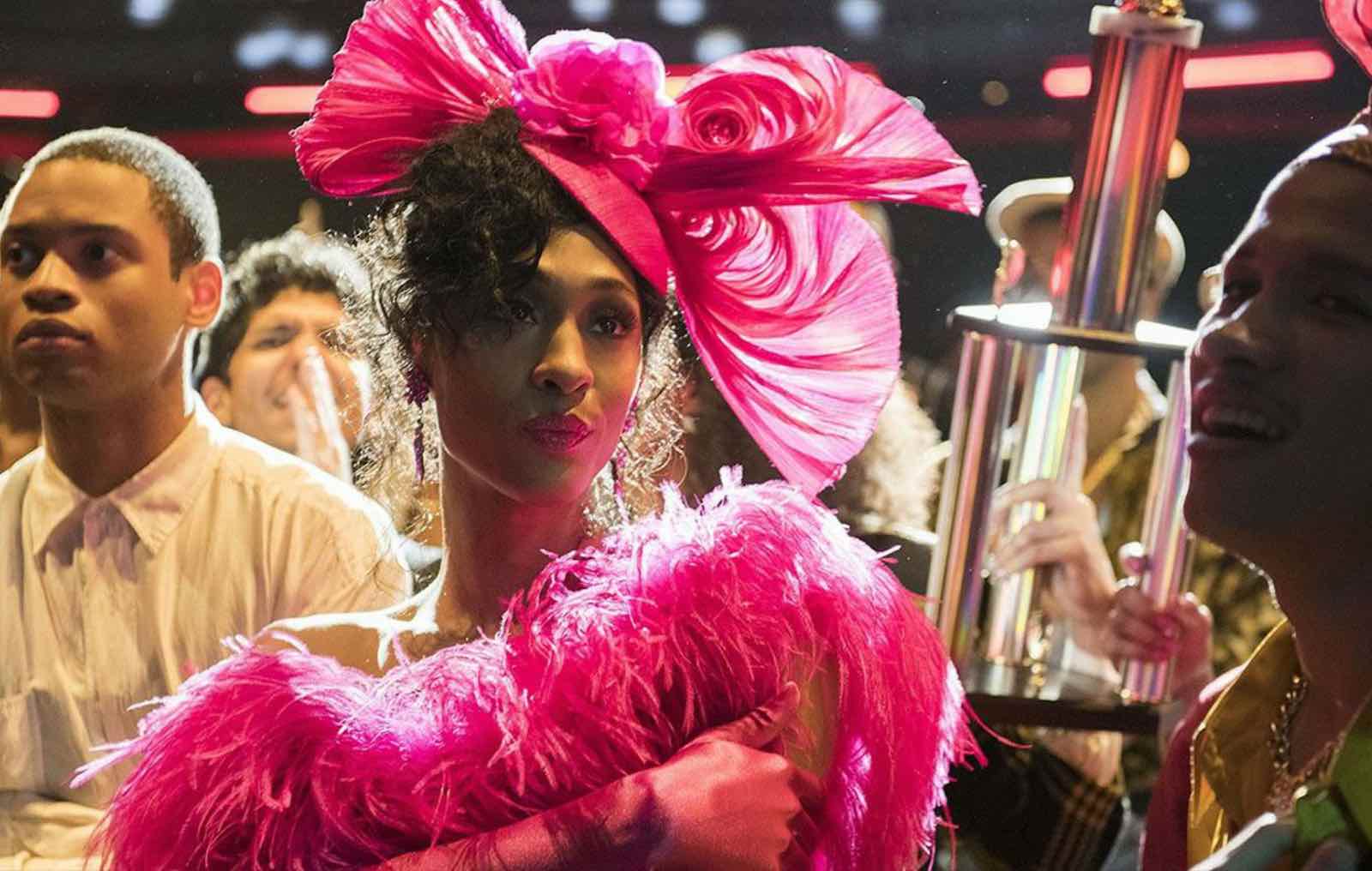 2018 was a banner year for queer representation in media; GLAAD’s annual TV diversity report revealed LGBTQ people of color made up 50% of queer characters on TV screens, compared to 49% for white LGBTQ characters, and Pose is responsible for a major chunk of that number.

Pose has been driving the charge when it comes to telling the stories of POC trans characters, and over just two seasons, Pose has addressed gender confirmation surgery, sex work, HIV and AIDS, and more. 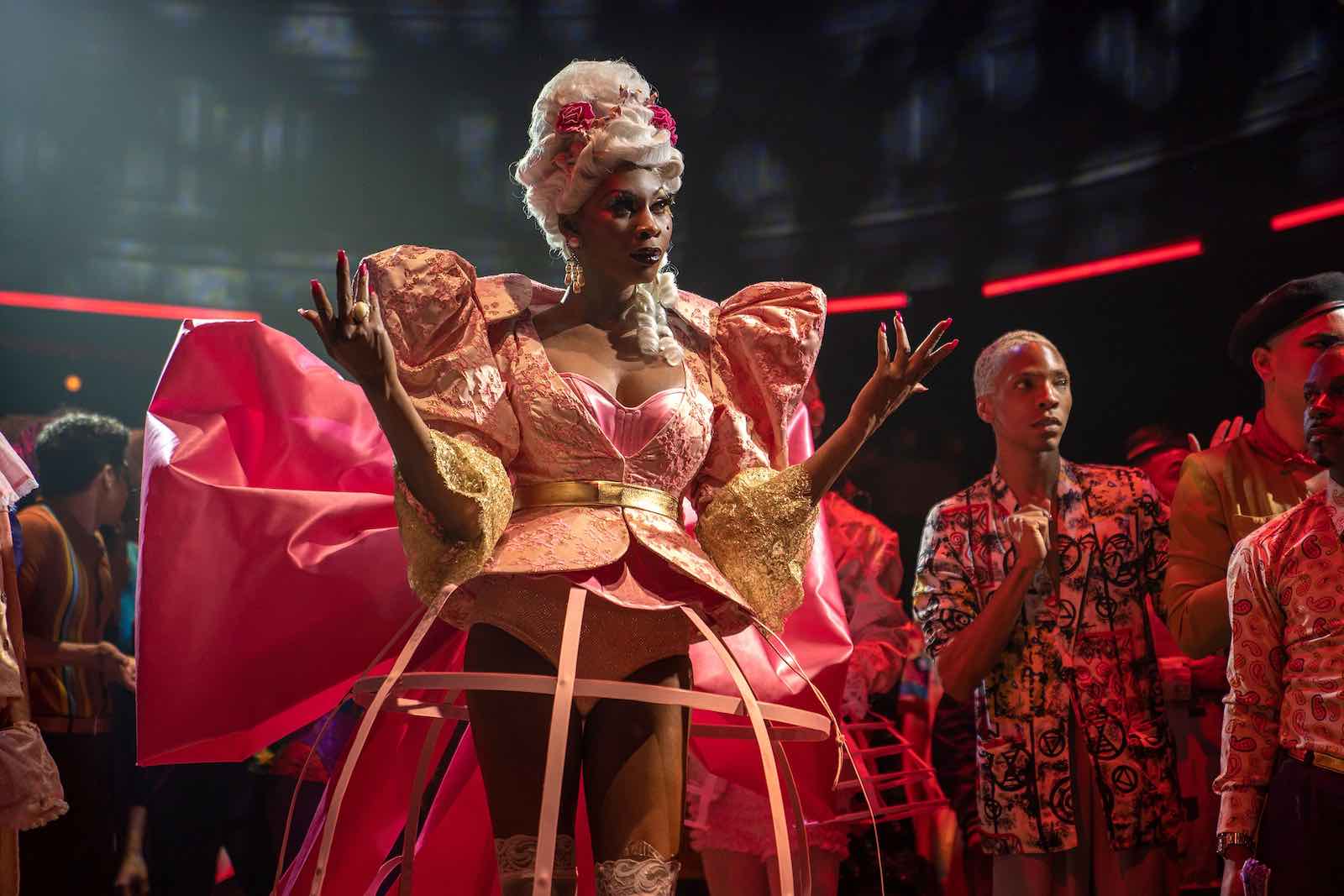 Ryan Murphy’s historic and historical show breaks new ground behind the scenes as well, giving us a series of firsts:

After Pose, lazy casting directors the world over are no longer able to use the excuse of “there wasn’t the talent available” to cast Scarlett Johansson in an incredibly unsuitable role. It’s also worth noting that Pose is also the first TV show in which Evan Peters is the least attractive member of the cast. 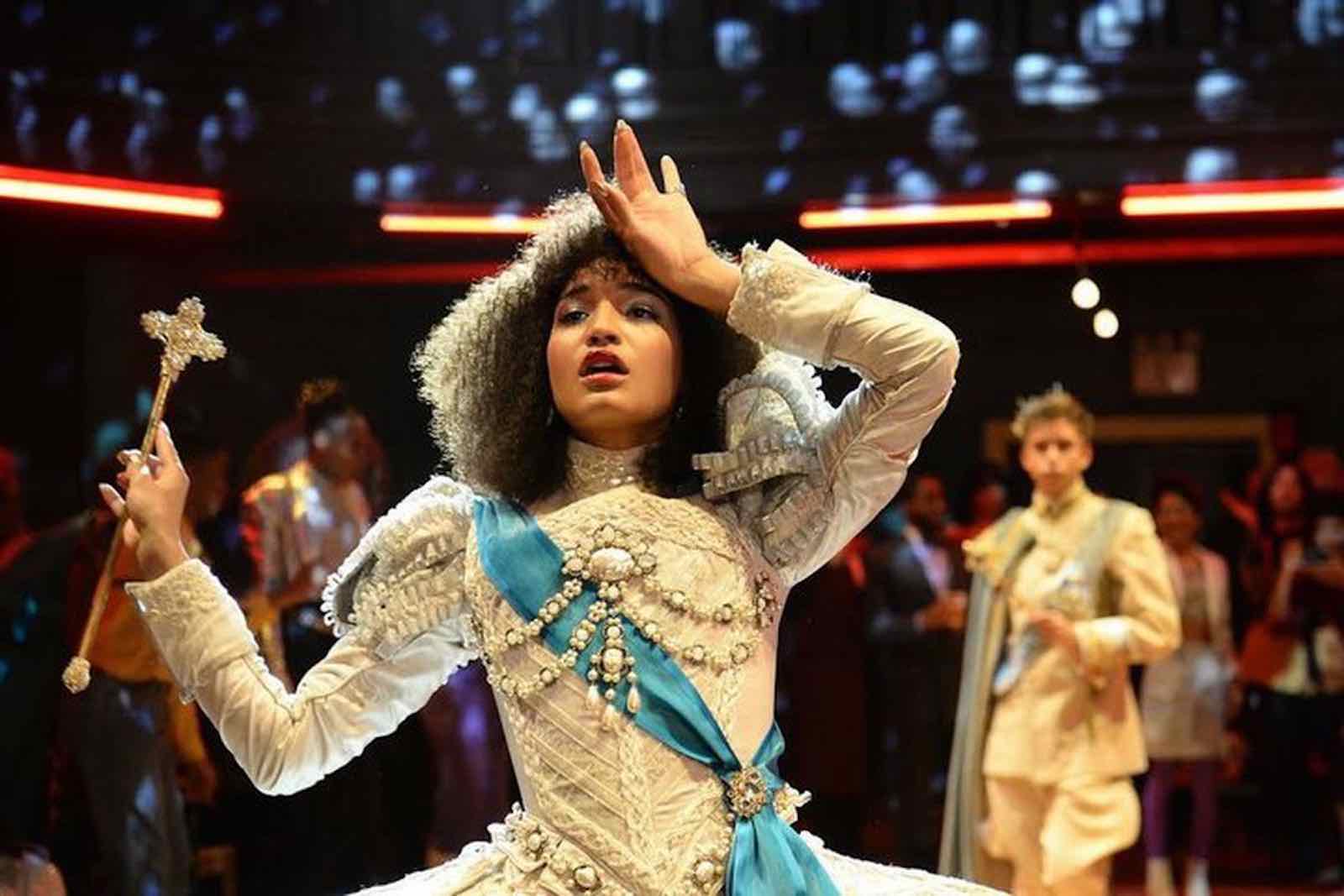 Blanca (MJ Rodriguez), Angel (Indya Moore), Lulu (Hailie Sahar), Candy (Angelica Ross) and Elektra (Dominique Jackson) are all portrayed by trans people of color, and the show is finally getting the recognition it deserves when Billy Porter was honored with an Emmy for his portrayal of Pray Tell.

We think MJ, Indya, or any of the other cast should have walked away with Emmy gold for Pose, but we’ll take what we can get.

Pose also has the added benefit of being slightly more grounded than most Ryan Murphy properties, telling the story of the underground ball scene in New York City in the 1980s – compared with the minotaur heads and sex ghosts we’ve come to expect from other Murphy-led shows. 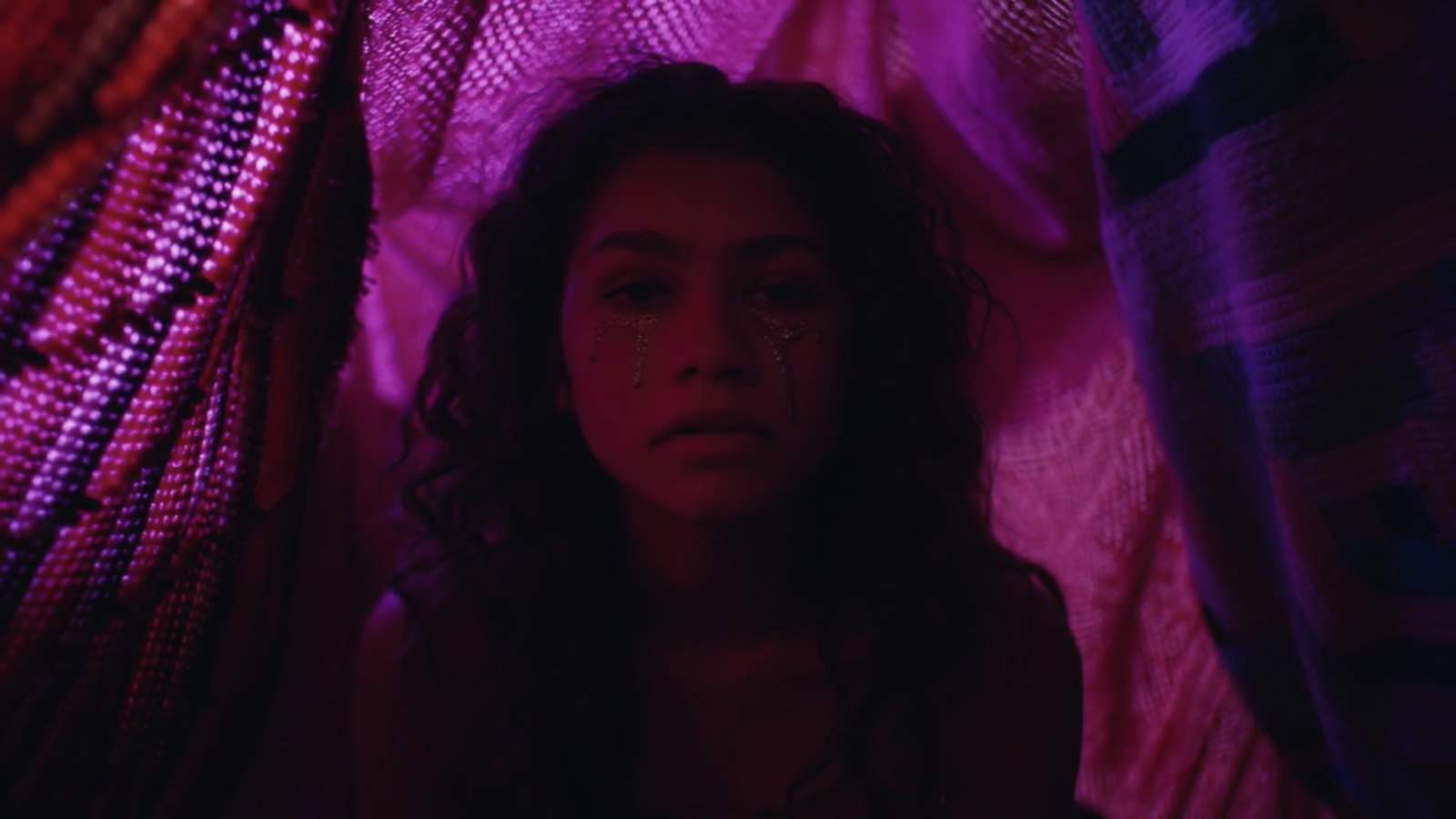 Euphoria is not a show to be binged. Each episode is the metaphorical equivalent of funneling glitter directly into one’s eyeballs, and it can take a few days to process what happened and reflect on whether the experience was good or bad.

In Euphoria, the teens do not seem to be alright! There’s drug abuse, pedophilia, mishandled mental health issues, and both physical and psychological violence. It is the opposite of Happy Days in every conceivable way, but the bright shining stars on the show are Rue (Zendaya) and Jules (Hunter Schafer) and their intense, all-encompassing friendship-cum-toxic-relationship.

Watching Jules over the first season has been engrossing and elevating. Both the character of Jules and the actress Hunter Schafer are out and proud trans women navigating life and love in 2019. Through the course of the season, we see Jules facing serious issues relating to her identity such as being admitted to a psychiatric hospital when she was only a child and being manipulated by a person she grew to love. 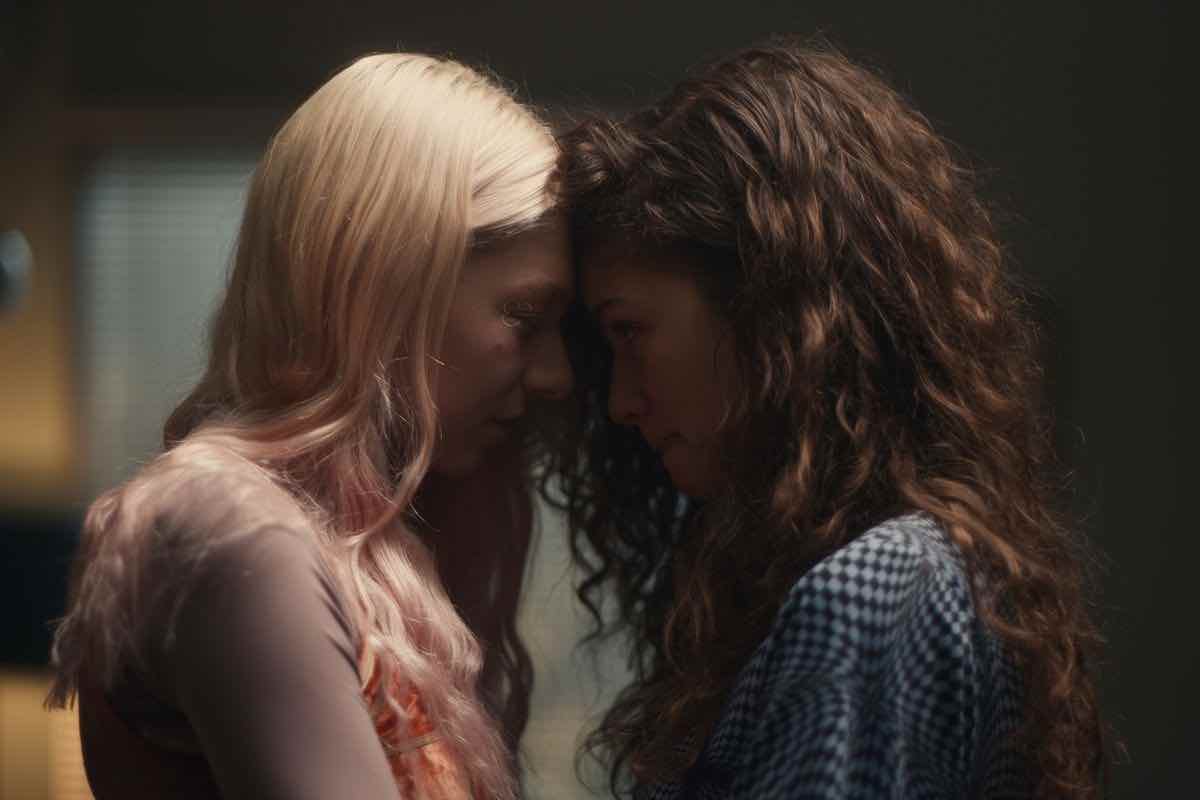 Jules is not the broken bird media often depicts young transgender women as. She’s a strong woman developing her personality through this coming-of-age story.

Jules being transgender isn’t used as a cheap hook or a narrative throughline. Her gender identity’s just one of the interesting things about this transfeminine character and we’re living for this message being telegrammed to teens everywhere. Jules shows us that it’s our differences that make us special, and we’re sure her storyline will help youngsters (or any people) struggling with gender identity. 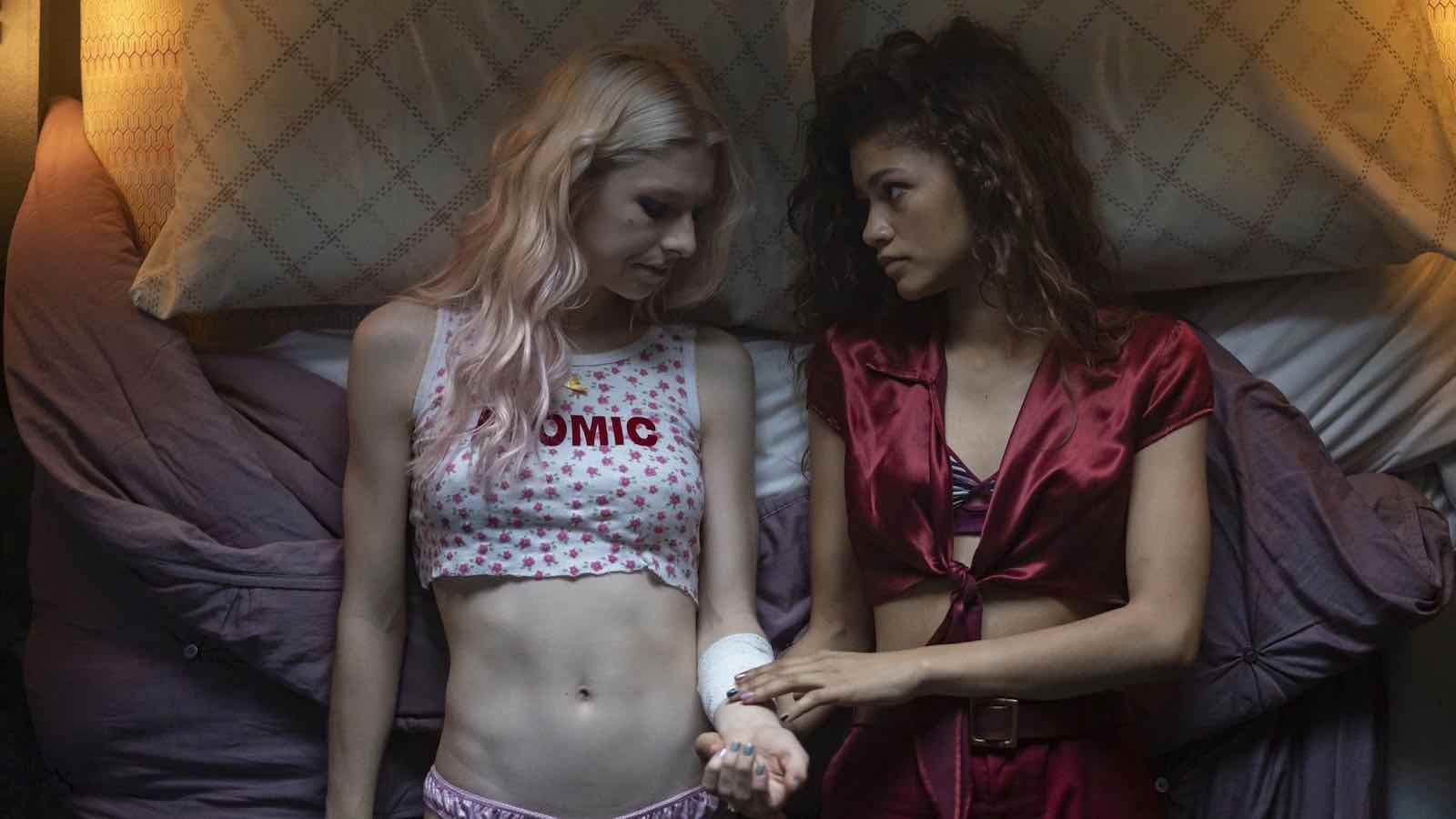 Euphoria also knocks it out of the park when it comes to showing gender fluidity among modern teens. We see the kids of Euphoria experimenting with their sexuality and gender identity with little judgement, reflecting the values of the Tinder generation.

We grew up in a time period during which people took Eminem seriously as both a rapper and actor, so watching Euphoria blaze past preconceived gender roles and attitudes has given us hope for the future. 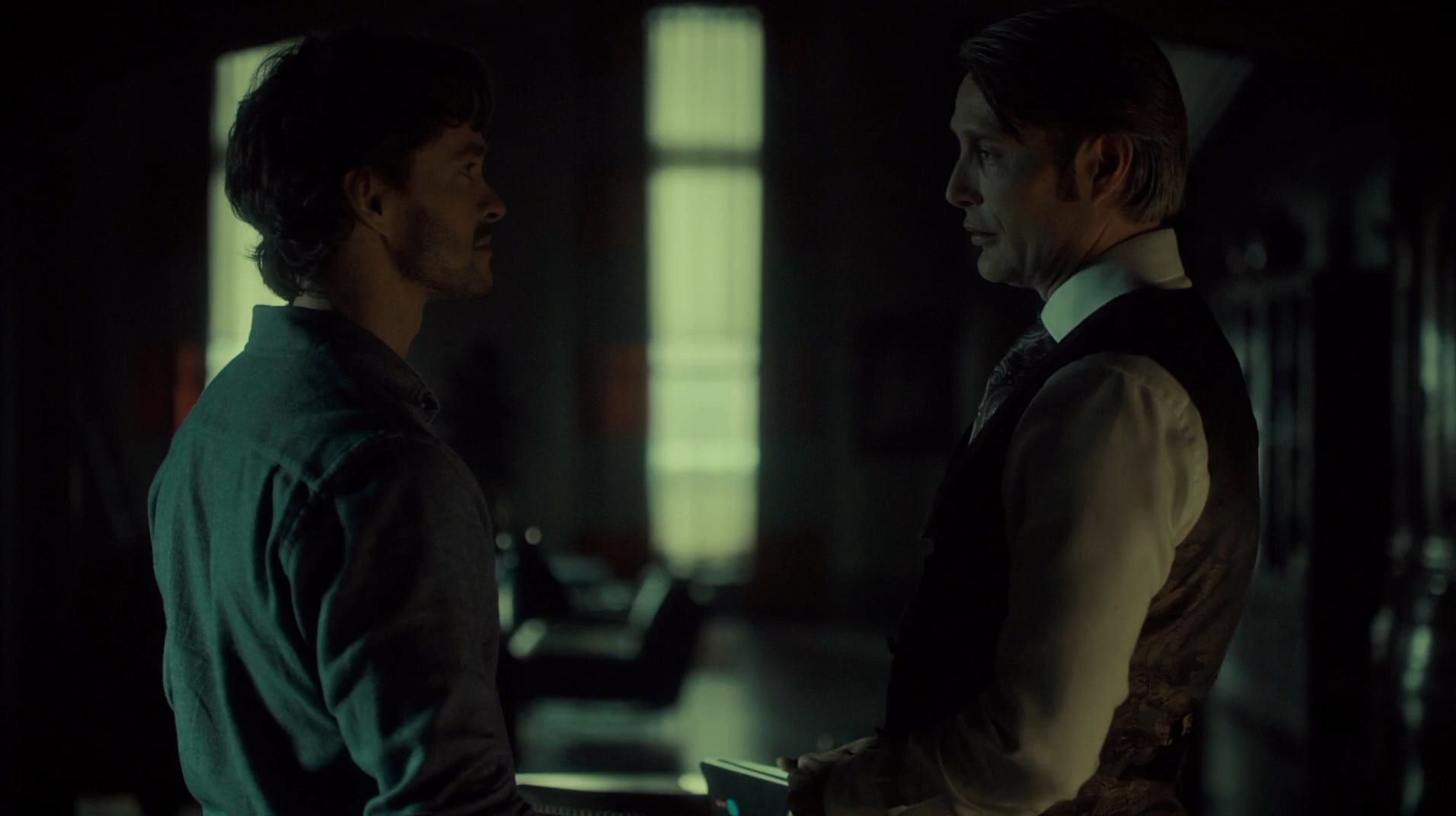 Seeing television characters similar to the viewer is crucial in build confidence and self-worth in a TV watcher. It’s why representation is so important, and Hannibal filled that all-important niche of impeccably dressed queer cannibals.

While it only graced our TV screens for three seasons, the progression of Hannibal’s (Mads Mikkelsen) and Will Graham (Hugh Dancy) relationship felt like sinking very slowly into something dark and forbidden and terrifying. Not all relationships have to be healthy, and their love was beautifully twisted and entrancing to watch.

If you like fine dining, have an excellent sense of smell, possess the rare preference for human flesh, this show can give you hope. Somewhere, someday you’ll meet a high-functioning psychopath with “pure empathy” who will fill that table setting that’s been empty for so long. If you’re still looking for your murder husband, have faith: your king will come. 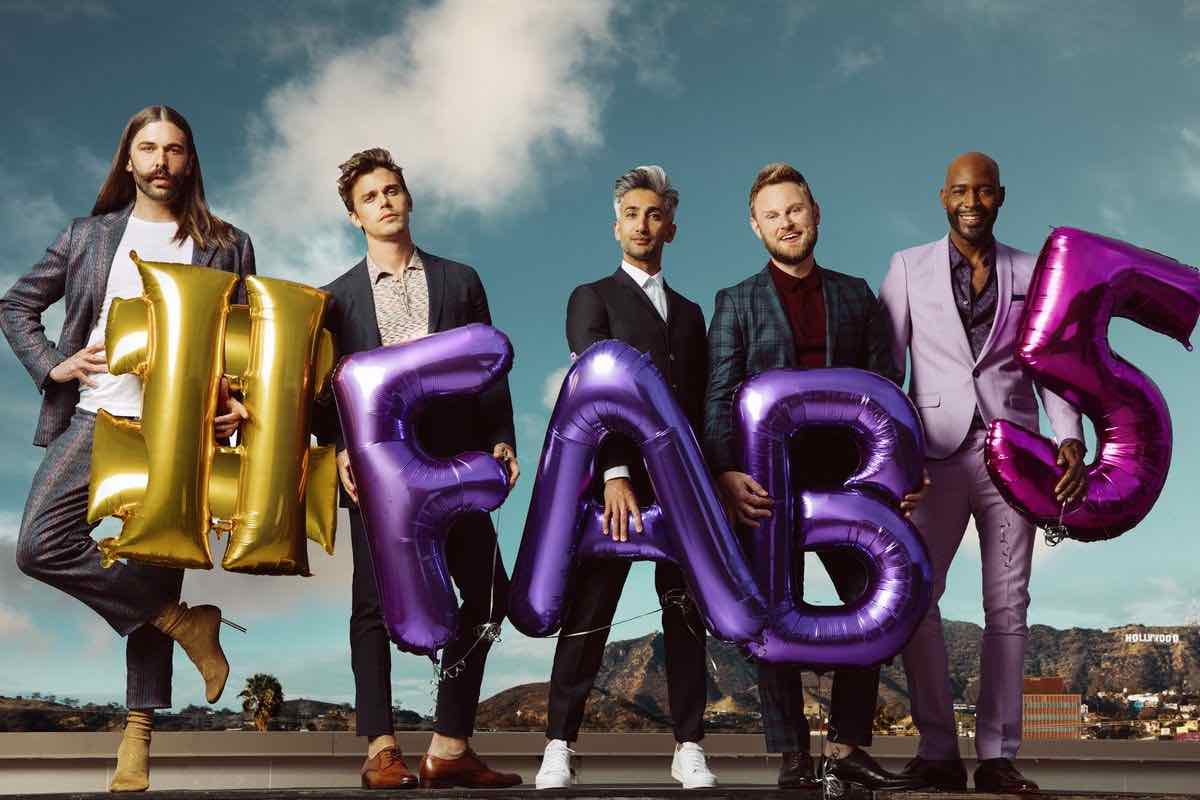 We have a theory that Netflix is powered via human tears. Why else would every episode of Queer Eye be so insistent in tugging on our heartstrings otherwise? Over the course of a 45-minute episode, we could cry anywhere between five and 50 times. It seems suspiciously intentional.

Every member of the Fab Five is like an Instagram mantra brought to life – and even more importantly, the past several seasons have started to feature stories from queer characters (particularly queer women of color) to cement their importance and value in our culture.

Hats off to Jonathan Van Ness for recently sharing with us his HIV diagnosis, his past as a sex worker, and his struggles with drug addiction. By sharing his truth with his viewers, he’s helping normalize the struggles we all face and create a safe space to reveal our truths without shame. 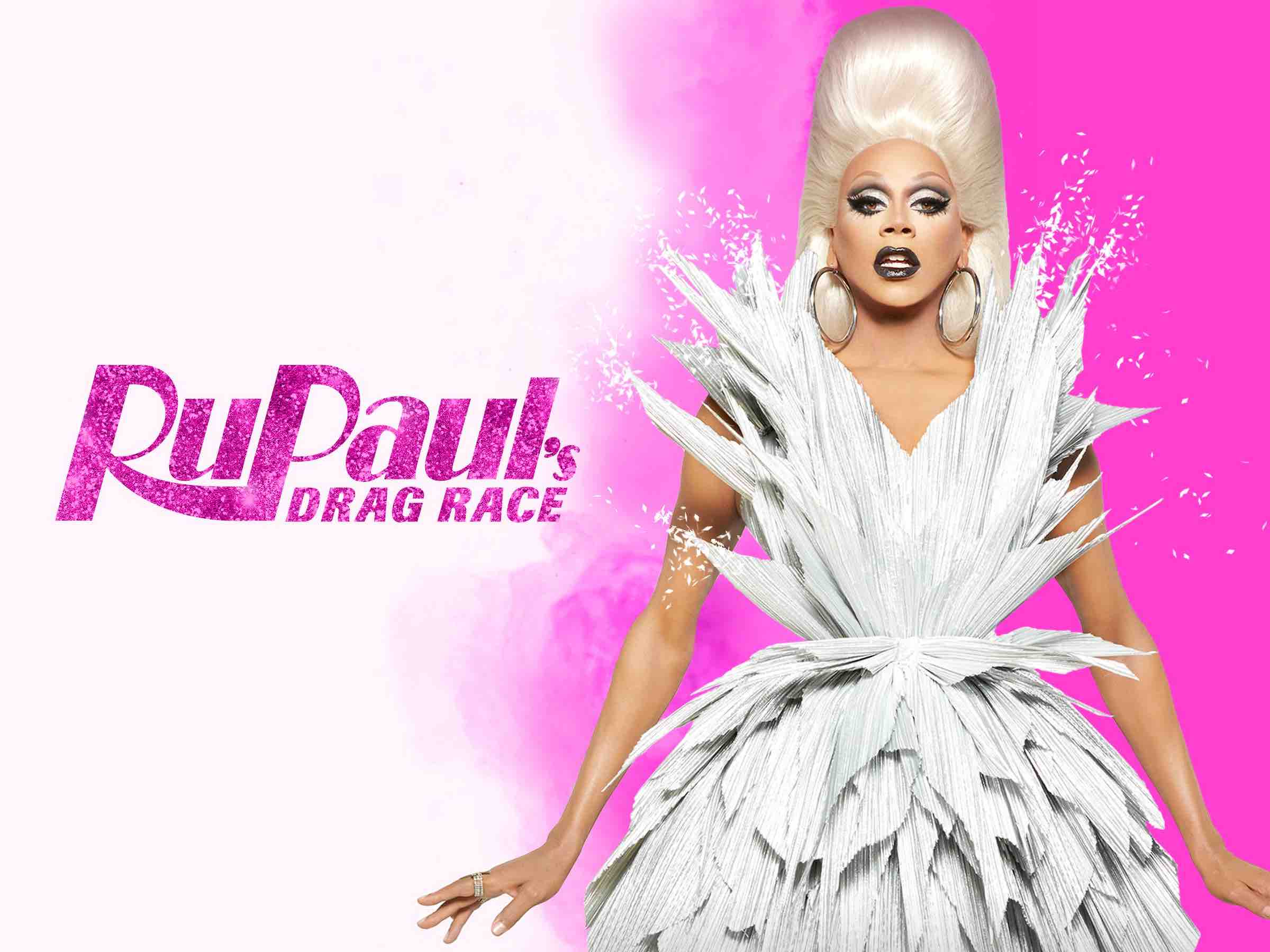 RuPaul is controversial, we get that. But she’s also kept dozens of queens and creatives in gainful employment for the past eleven years. For that – and the memes – we salute her. 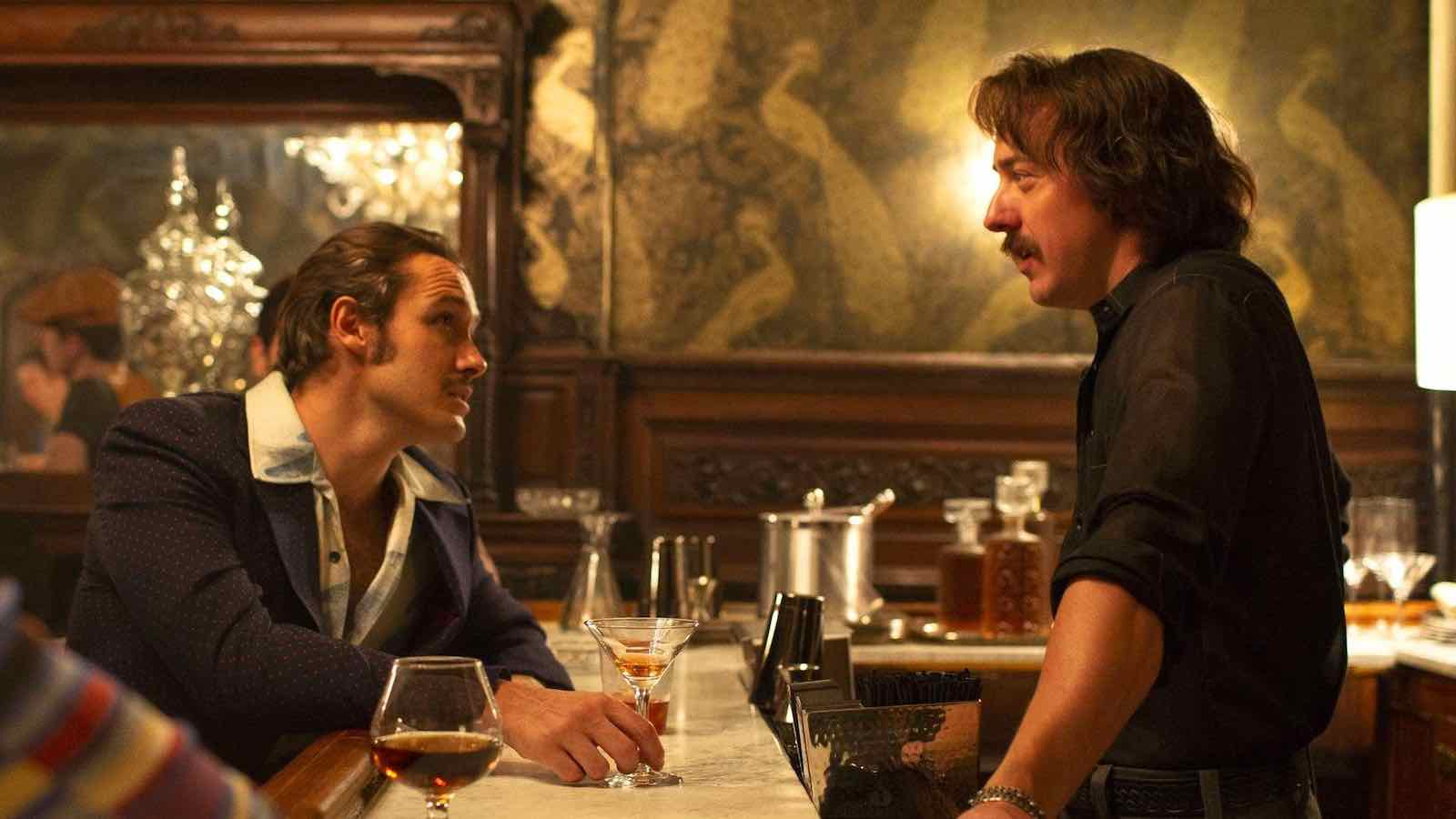 The Deuce has never shied away from portraying sexuality. One of our favorite characters is Paul Hendrickson (Chris Coy), a gay entrepreneur who grew from being a lowly barkeep back in S1 to being the most powerful queer businessman on 42nd street.

S3 of The Deuce sympathetically handles the AIDS crisis in 80s New York through the lens of Paul’s relationship with his ex-hustler lover Todd. The Deuce never passes judgement on characters, but instead shows the reality of where choices can lead you. 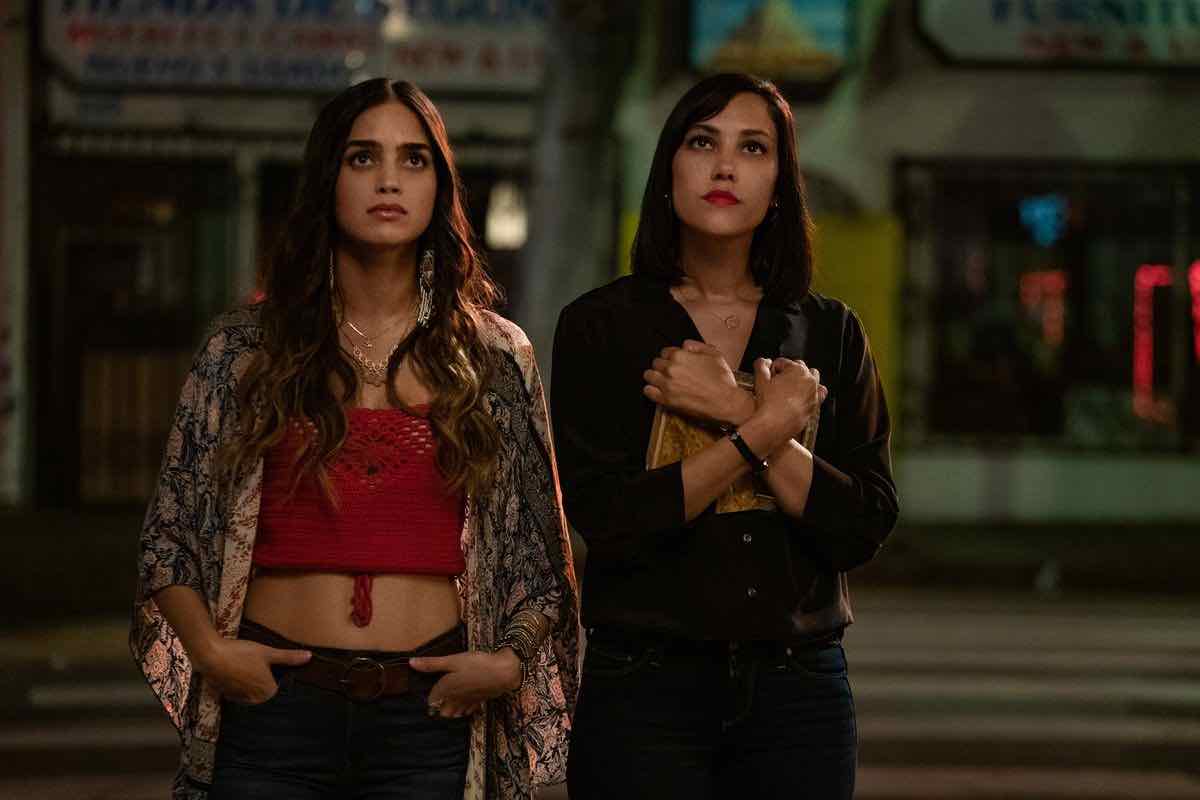 Starz’s Vida spent much of its first season giving viewers an in-depth look within a queer Latinx community, dealing with topics that range from gentrification to homophobia to identity policing.

Show creator Tanya Saracho has explored queer identity in a way that pushes against expectations both within the LGBTQ community and stereotypes common on television. 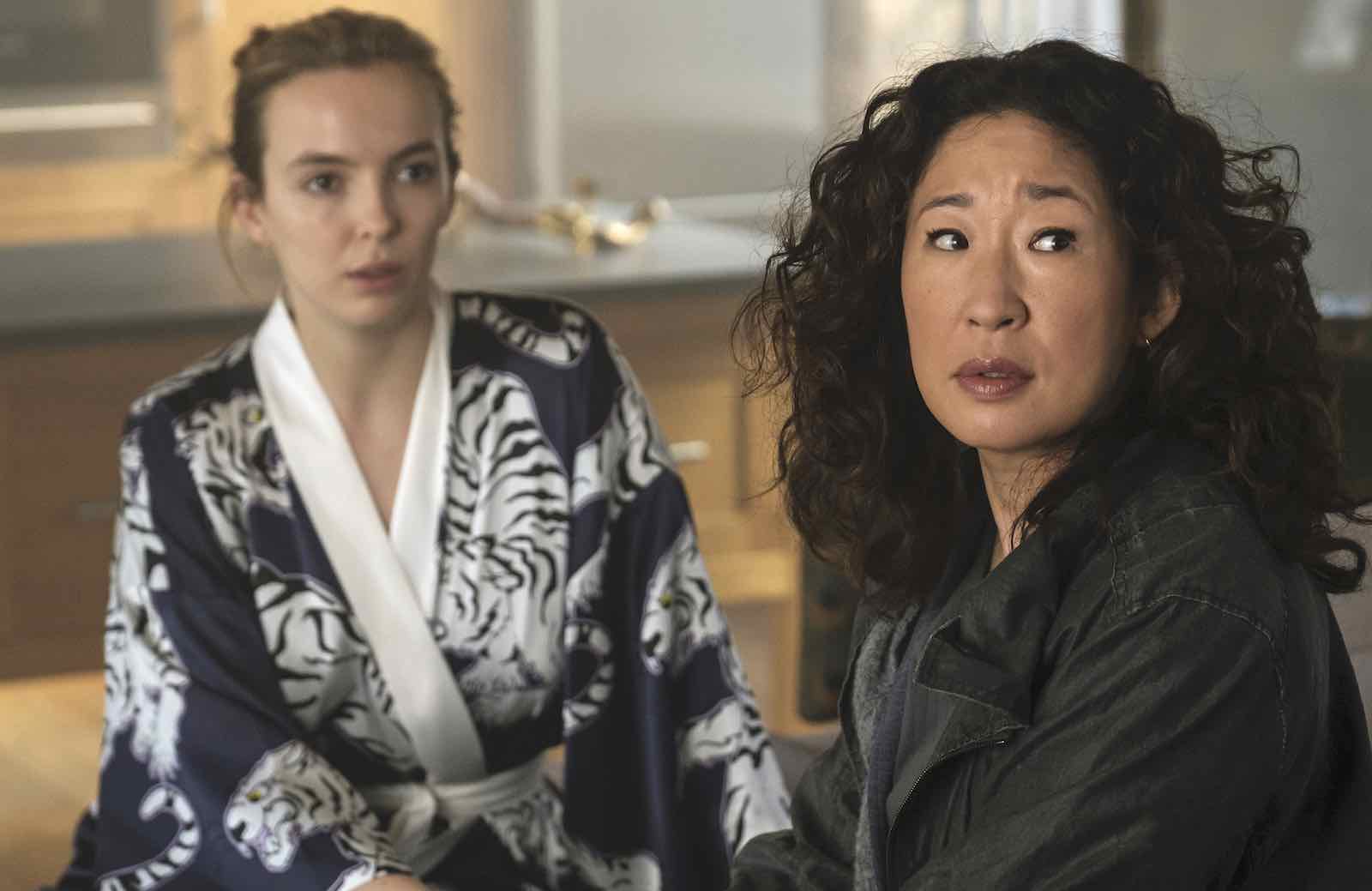 In Killing Eve, Villanelle (Jodie Comer) is the perfect foil to Eve (Sandra Oh): she’s impeccably dressed, while Eve wanders through the first season in ill-fitting cardigans (like Will Graham and his damned flannel shirts). Villanelle is an international jetsetter, while Eve is stuck in a run-down surveillance office in London (like Will Graham teaching boring murder classes in Quantico while Hannibal Lectar is killing and eating the rude).

And Villanelle has no qualms about comitting murder, while Eve is meant to uphold the law. (That’s Hannigram to a T). Villanelle and Eve’s relationship is so unhealthy and so engrossing and in the same vein as Hannibal. We’re still rooting for those two crazy kids to work it out, even though our expectations aren’t very high. 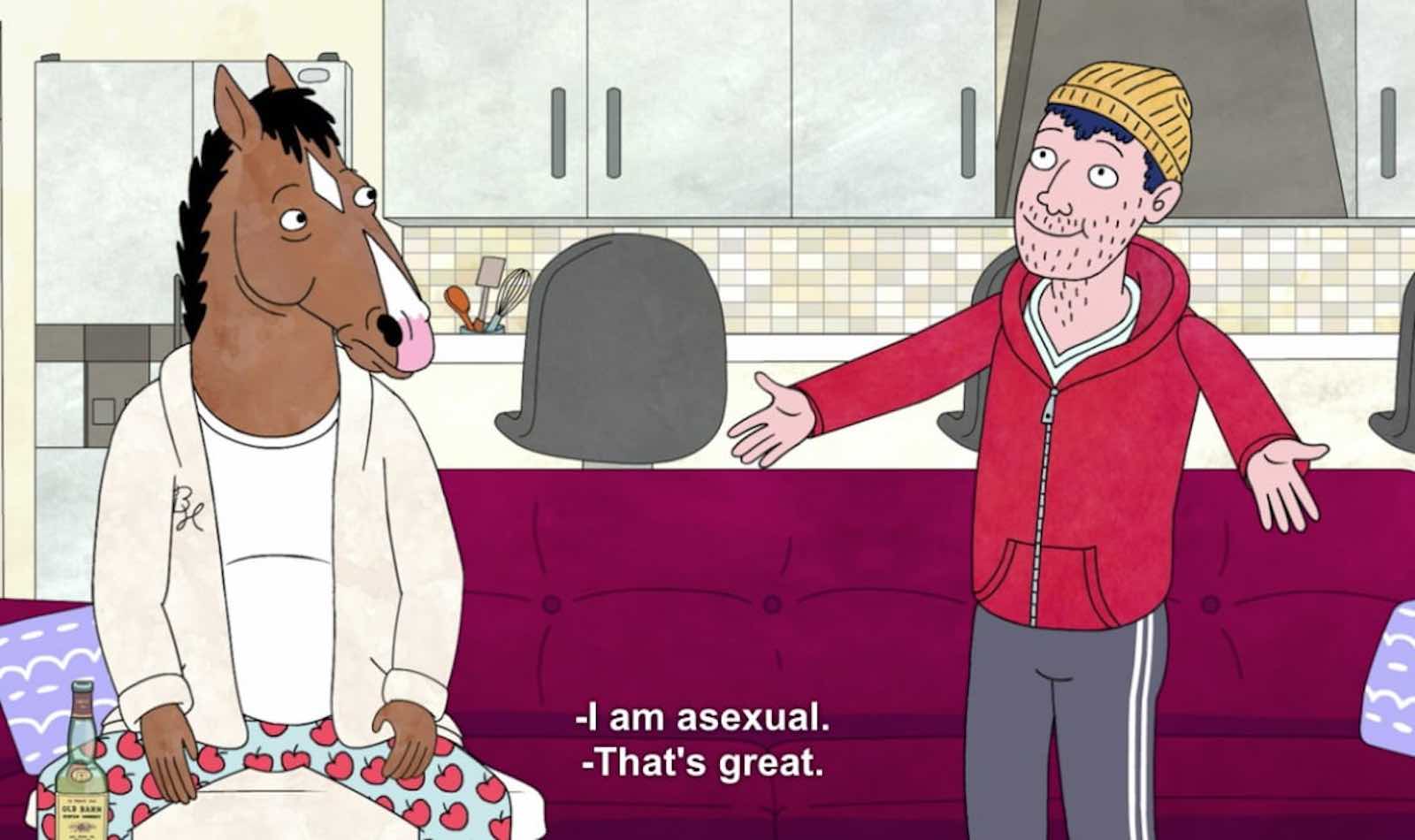 Todd Chavez (Aaron Paul) is our asexual prince. He has no home, no real income, and he dresses like a man whose diet consists solely of Pop-Tarts – but we could argue that he’s the heart and moral compass of BoJack.

Todd is the first asexual character (we can remember) to come out on television, and we absolutely love all the writing about his asexuality. In fact, now that Netflix has given BoJack Horseman the old heave-ho, we’re hoping Todd and Mr. Peanutbutter get a spinoff of their own – maybe titled Hollywoo Stars and Celebrities: What Do They Know? Do They Know Things?? Let’s Find Out! 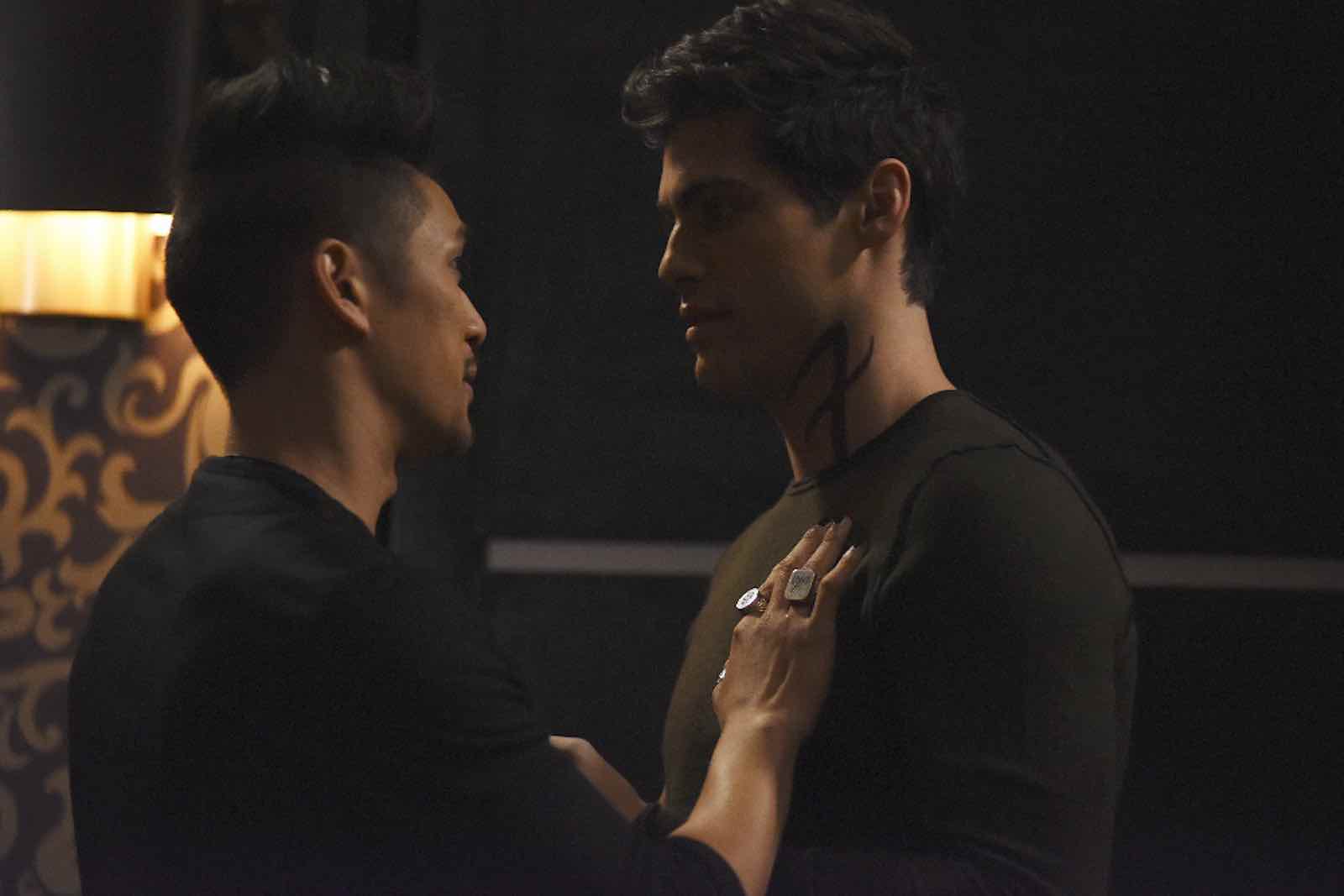 Freeform’s Shadowhunters is a great obsession of ours, and we’re still fighting day and night to save Shadowhunters. For us the show ticks a lot of boxes: it’s fast-paced and well written, it transports us to a fantasy world, and it’s got a great cast.

The growing relationship between Magnus Bane (Harry Shum, Jr.) and Alec Lightwood (Matthew Daddario) started out as a tormenting slow burn before evolving into one of the most stable relationships on the show. 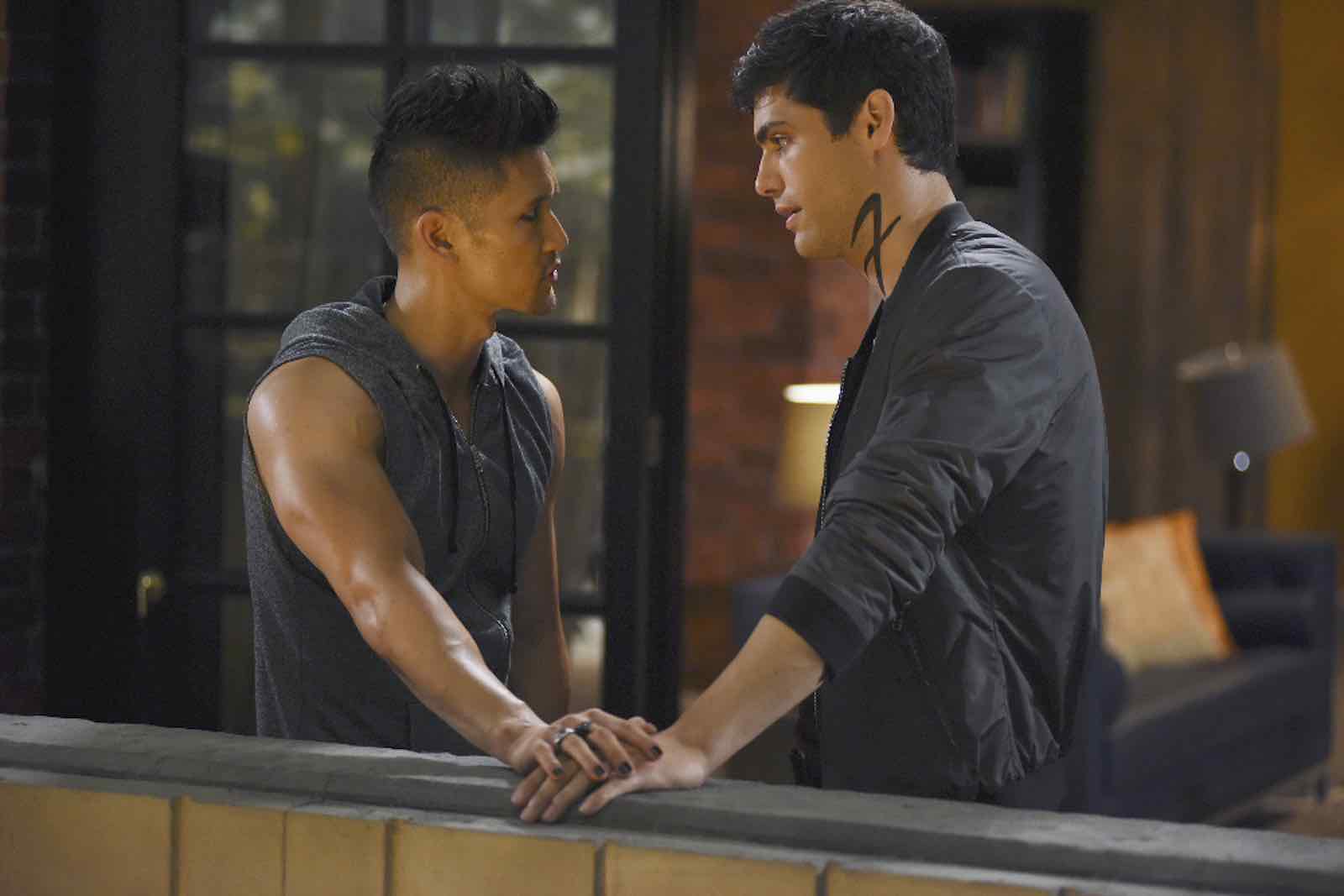 There are many reasons why Shadowhunters is a great resource for the queer community. It offers numerous LGBTQIA characters who are so much more than their sexuality and gender.

This comes to the fore when Shadowhunters fans speak: amazingly, the producers actually listened to the viewers and their concerns, resulting in a series that has truly touched the lives of its audience members in profound ways. 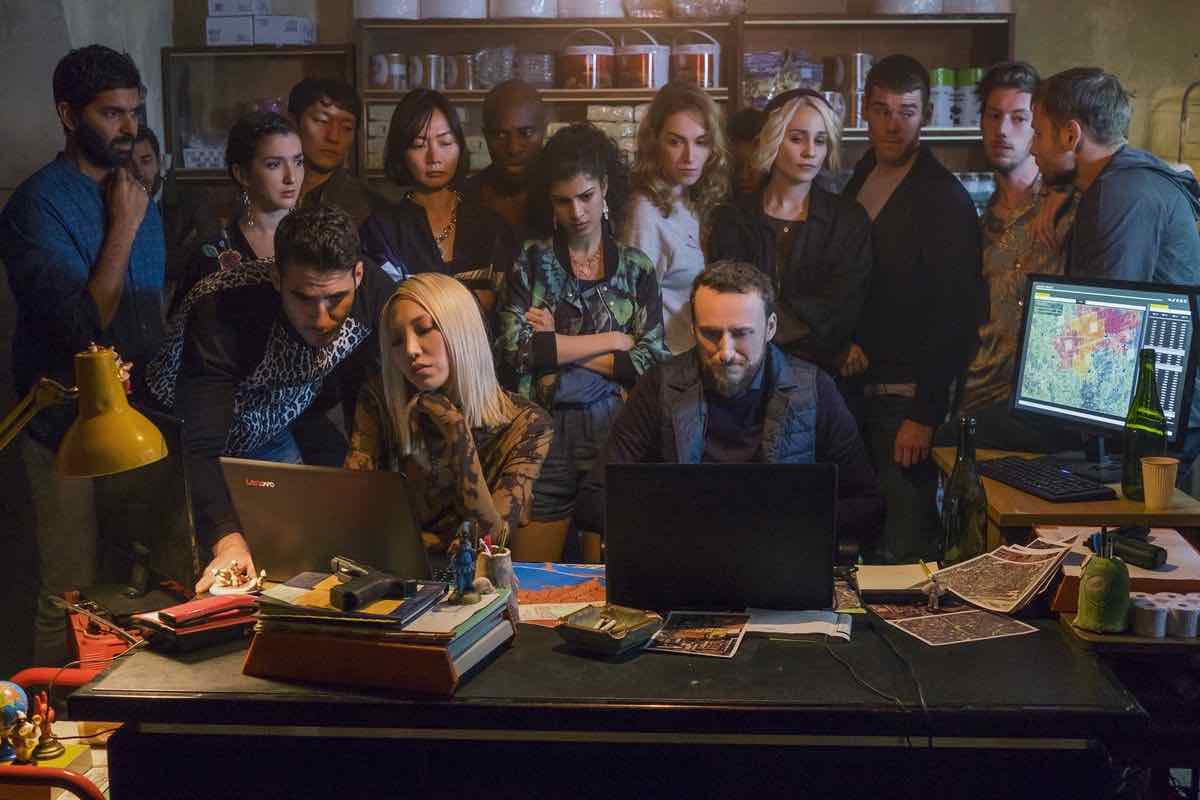 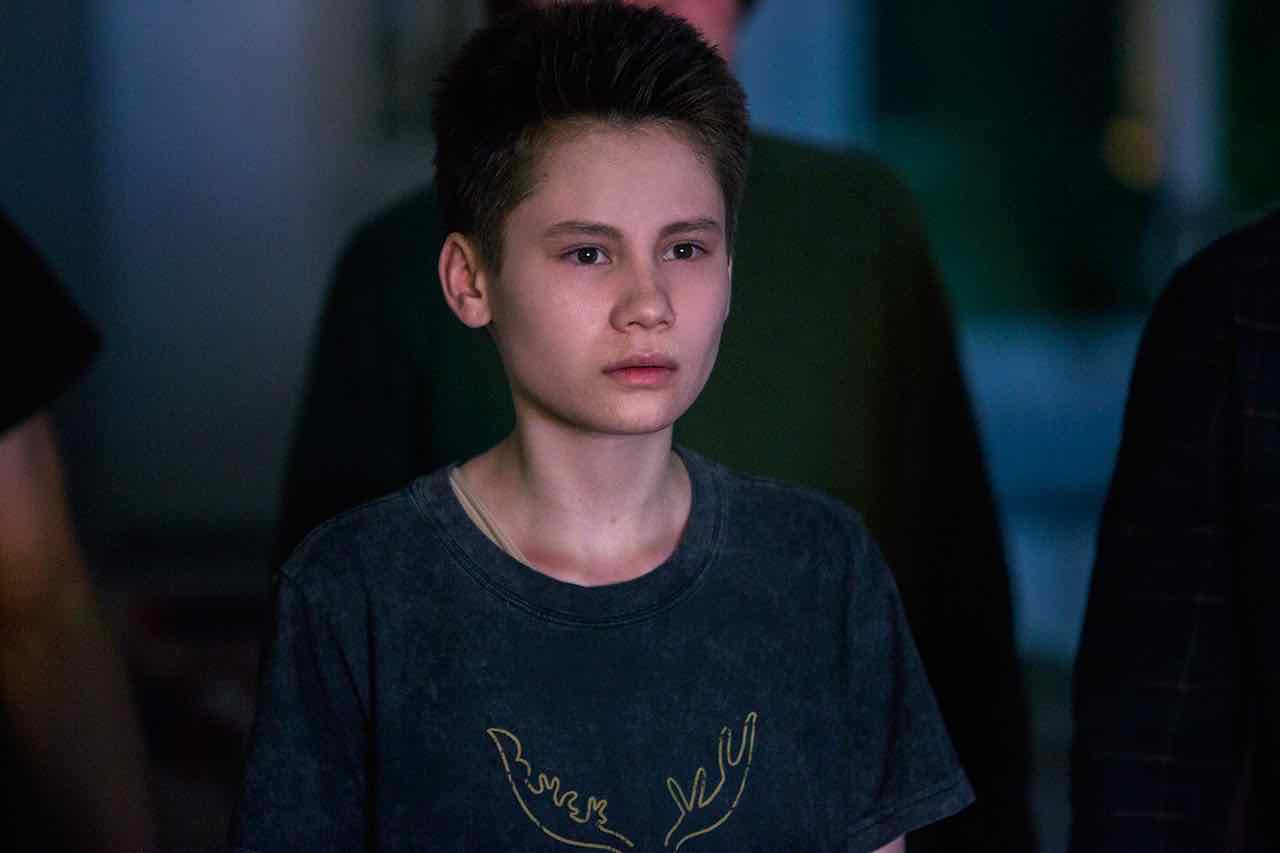 In yet another installment of Netflix Show Gone Too Soon, The OA gives us a motley crew of teenagers dealing with issues that all teens deal with, such as fitting in at high school and interdimensional travel. Transgender teenager Buck Vu (Ian Alexander) has to face family members continuously misgendering him, but is able to find his role in the group of others.

The OA is exceptional at telling stories about queer characters without focusing only on their gender/sexual identities. Now if only Netflix could bring it back. 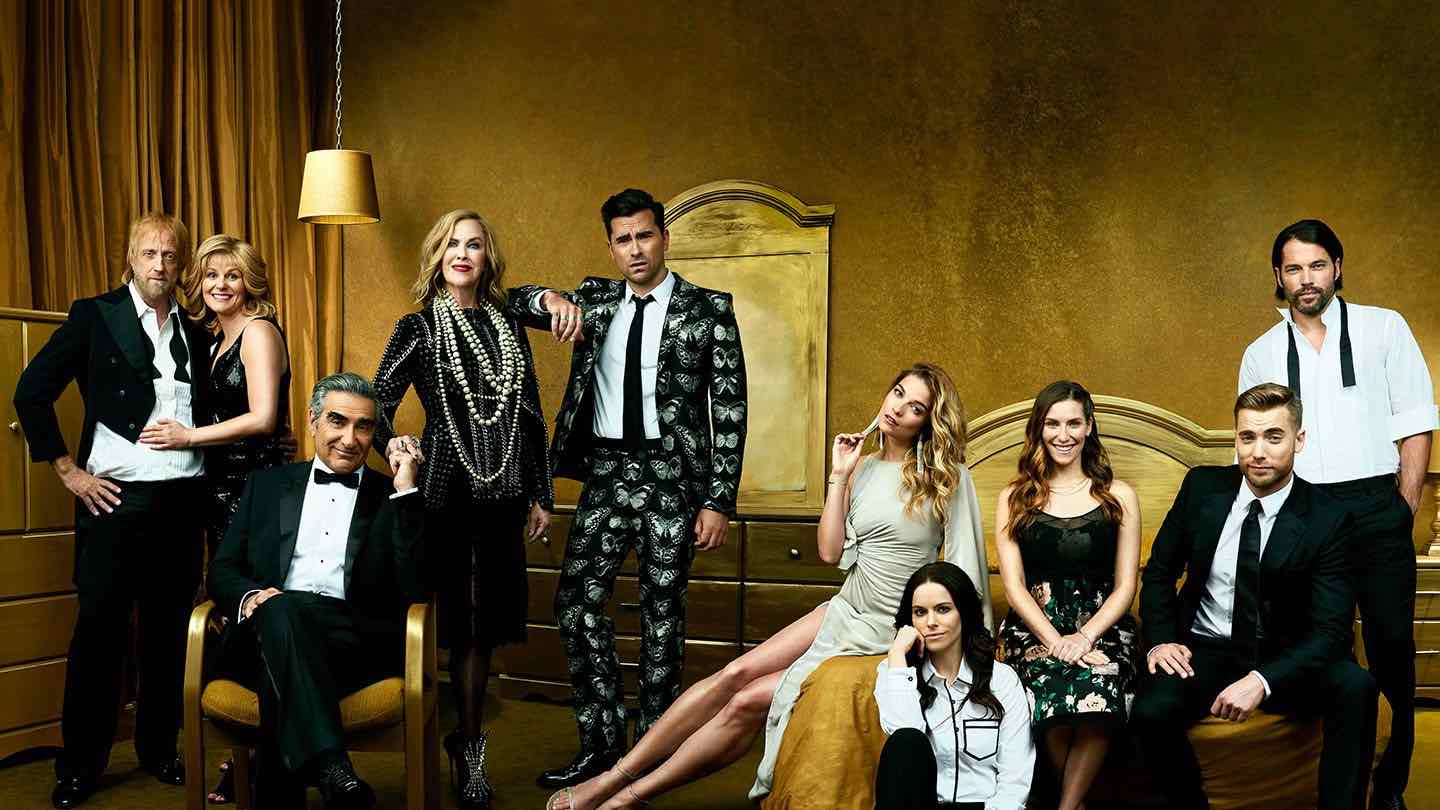 Society has traditionally thumbed its nose at the romcom, because other movies are so much more sophisticated – like watching Joaquin Phoenix as a killer clown with feelings, for example.

While most queer sitcom characters are given a partner eventually, their love is portrayed as chaste to the point where they don’t even seem to touch. David (Dan Levy) is one of the main characters in a family of dysfunction and wigs, and his pansexual relationships with everyone from Stevie (Emily Hampshire) to actual saint Patrick (Noah Reid) serve as focal points for Schitt’s Creek’s plotlines. 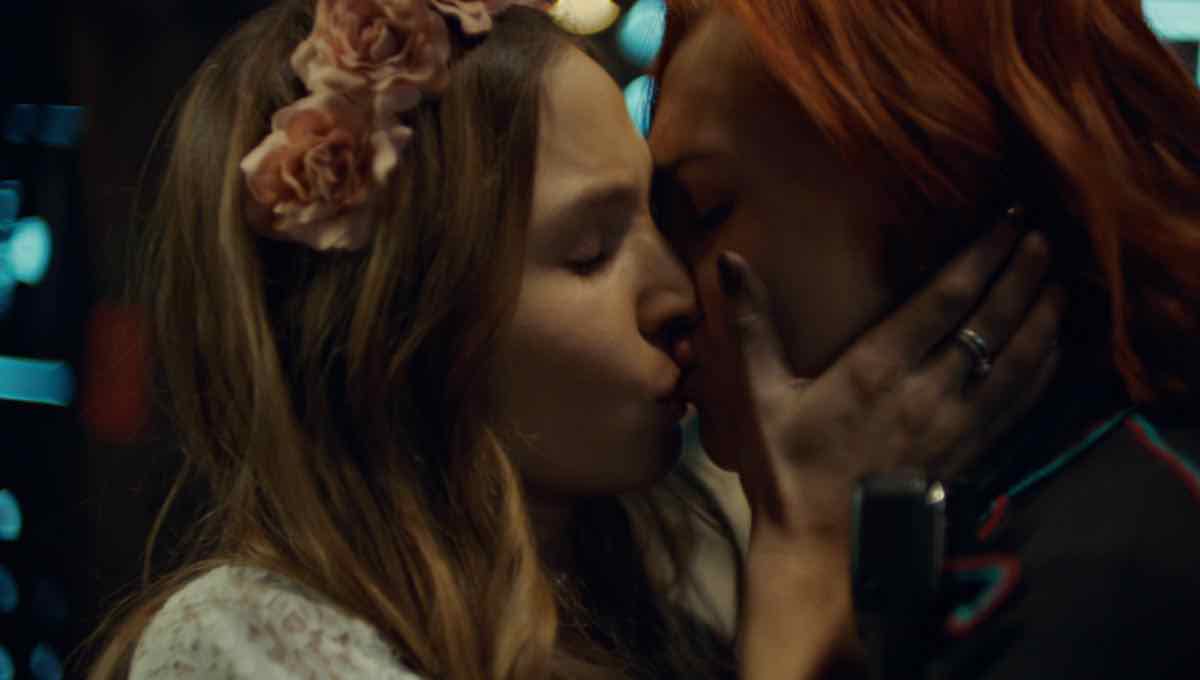 SyFy’s Wynonna Earp avoids the “Bury Your Gays” trope, as all of its queer characters are gun-wielding badasses more than capable of handling whatever threat (supernatural or otherwise) that gets thrown at them. Bang!