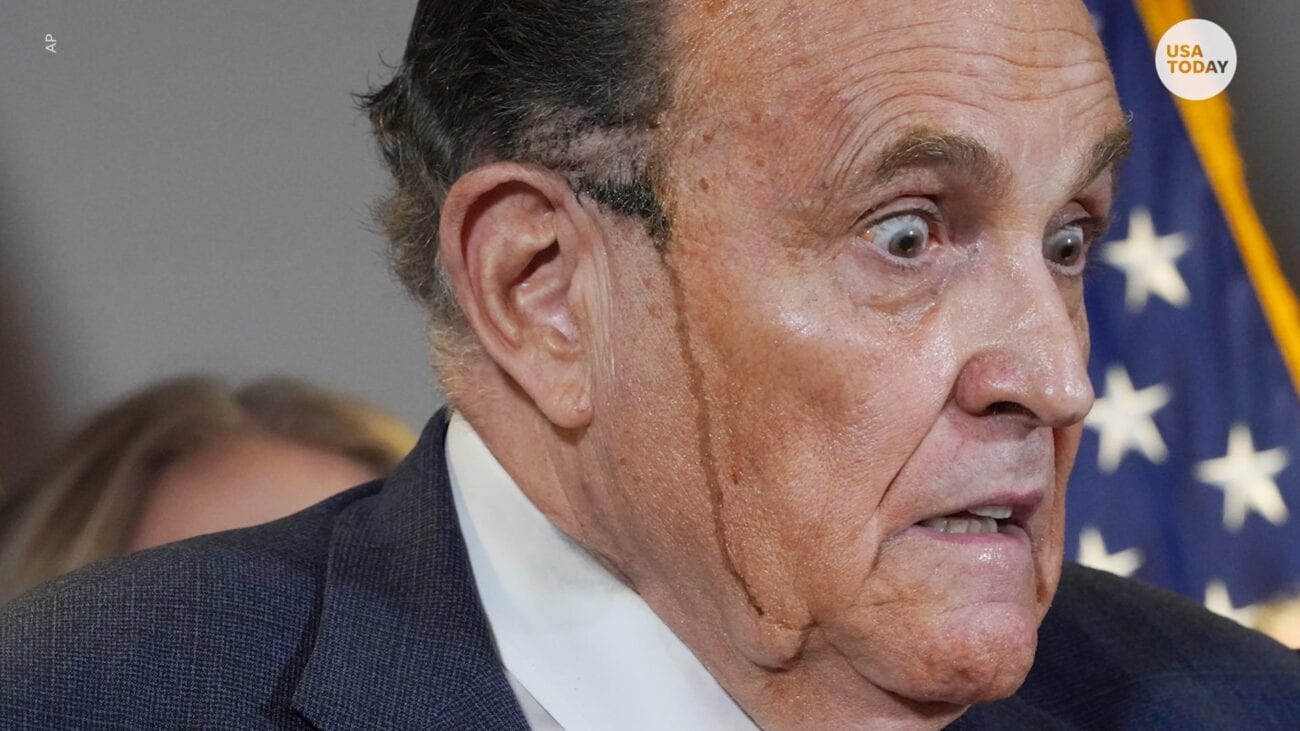 The Trump campaign is on a streak this month with unfortunate missteps at press conferences. First, it was the Four Seasons Total Landscaping situation. Now, Rudy Giuliani was sweating so hard hair dye was running down his face, according to Twitter.

Of course, not even Twitter is 100% sure if it was hair dye or something else running down his face. Rudy Giuliani has yet to confirm what the mysterious brown substance running down the side of his face was. Lucky for us, Twitter ran with the meme material. We’ve gathered up the best tweets about Giuliani’s mishap for you to enjoy.

The mystery is solved

All the dye Trump uses for his hair is the reason his skin tends to be orange-like.

baffled at how rudy guilliani could possibly have hair dye dripping down his face??? i’d reccomend olia – makes the hair feel lovely x

Clearly, Rudy Giuliani needs to take a lesson from beauty Twitter so he can make sure the dye isn’t ruining another press conference.

Anyone on Twitter already knows 2020 is an awful year, but Rudy Giuliani’s recent gaffs prove it really isn’t his year.

Rudy Giuliani is an attorney to dye for.

Congrats John Pavlovitz, you literally made the worst year of all time worse by making this pun.

When the Daily Mail makes sense, you know it’s bad

Seriously, anyone in the UK can confirm the Daily Mail never makes sense, so this is a big deal.

Rudy is so full of shit, it’s leaking out of his head. pic.twitter.com/bPPehNcSHk

A little too perfect

The fact it was brown liquid makes the joke range even bigger for Twitter comedians.

We apologize to John Pavlovitz, because he is now in second place in comparison to John Sargeant for the worst pun of 2020.

His handkerchief has now successfully removed most of the hair dye that was dripping down both sides of his face.

The hair dye reached the collar of his white shirt which remains stained.

If he says anything relevant to election it’ll be in next update.

Every reporter during the conference

It’s hard to pay attention to a subject you don’t care about when Rudy Giuliani is sweating his hair dry.