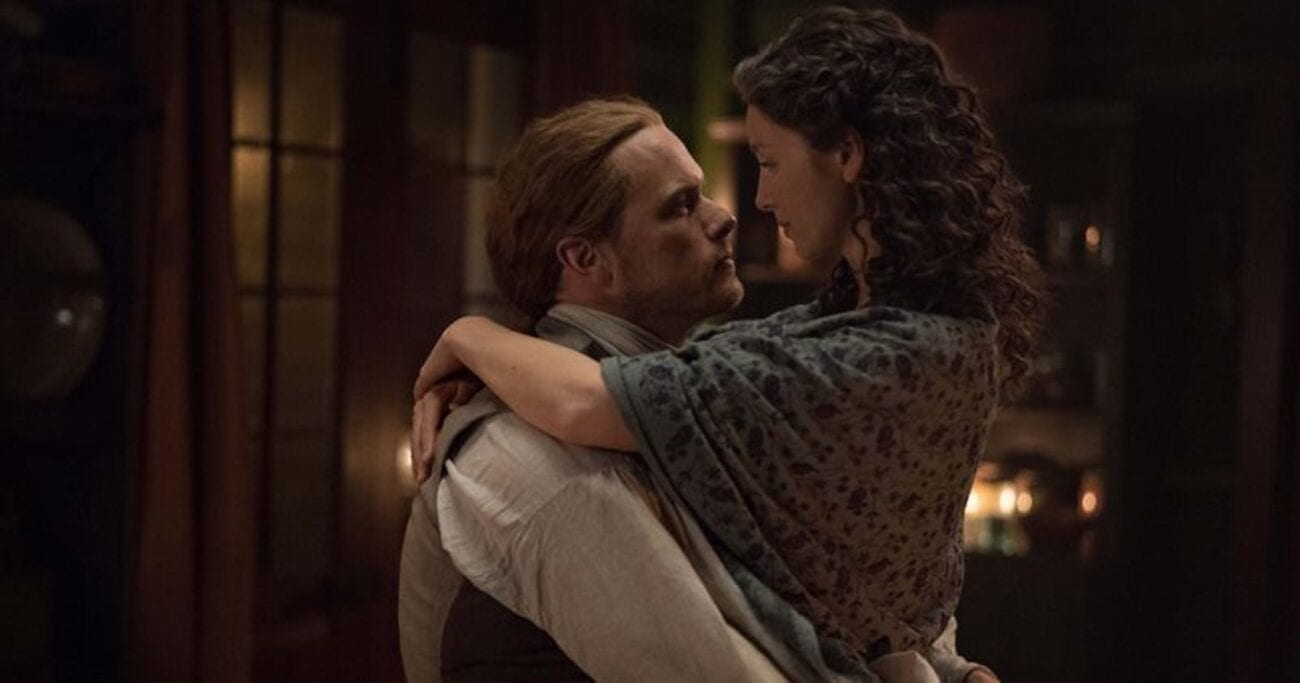 ‘Outlander’ sex scenes: All the most sensual sex scenes in the show

When you have hottie Sam Heughan & beautiful Caitriona Balfe constantly intertwined in rapturous love-making you really can’t ask for more. Here are our favorite sex scenes that take place throughout the many seasons of Outlander. 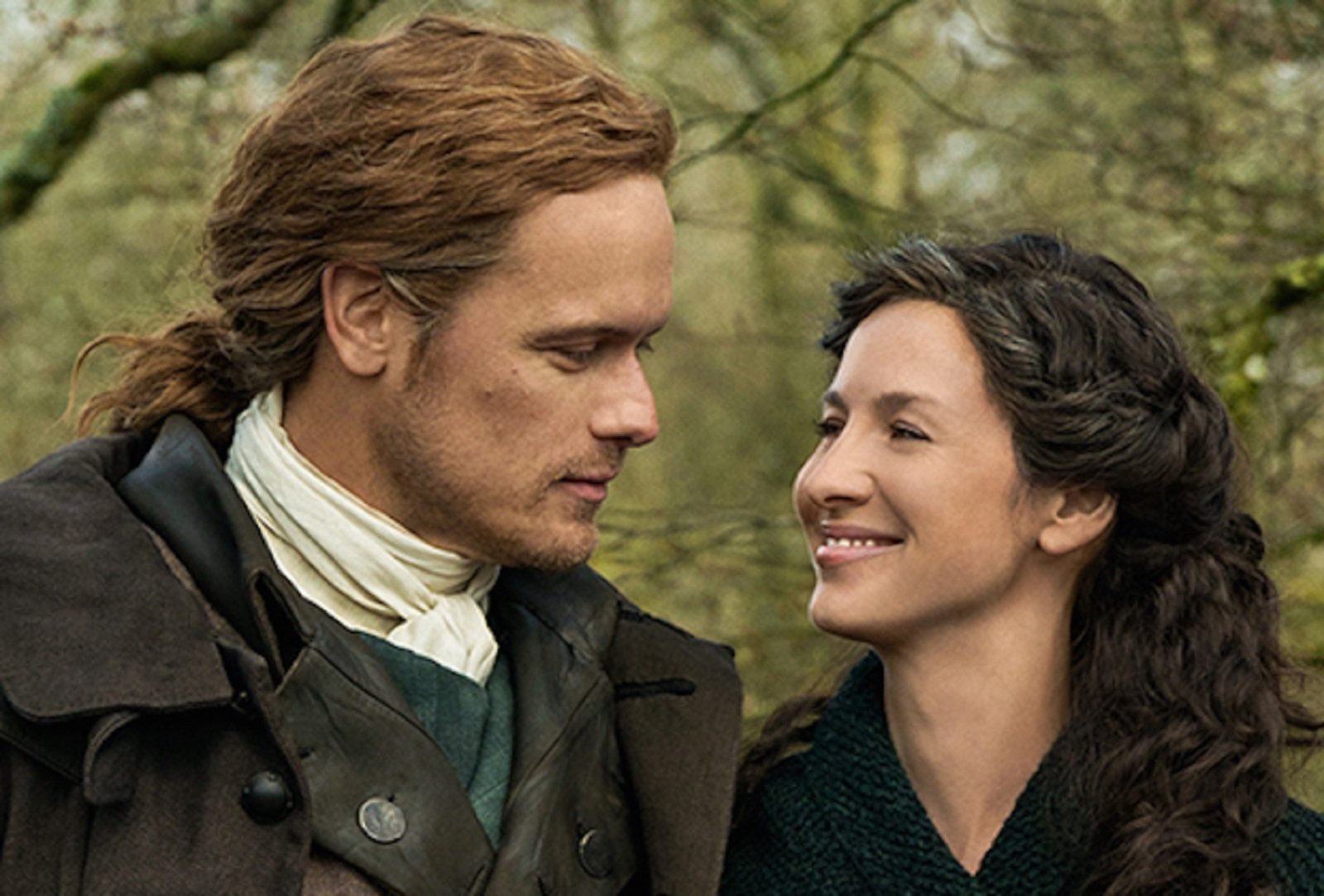 Of course, this sex scene has to be at the very top of our list. Though Jamie is a virgin and Claire is resistant at first, the two consummate their relationship with rapturous lust. Their first time doesn’t last long and Jamie does confess, “I didn’t realize you did it face-to-face. I thought you must do it the back way, like horses.”

But despite his hilarious ignorance, it’s clear it’s a sensual affair. Well it must have been, because they go on for round two. Not only do they slowly disrobe, but Claire is also very outward about her passion, her cries so passionate Jamie asks if he’s hurt her. Jamie & Claire have an amazing wedding night – worth rewatching every time. 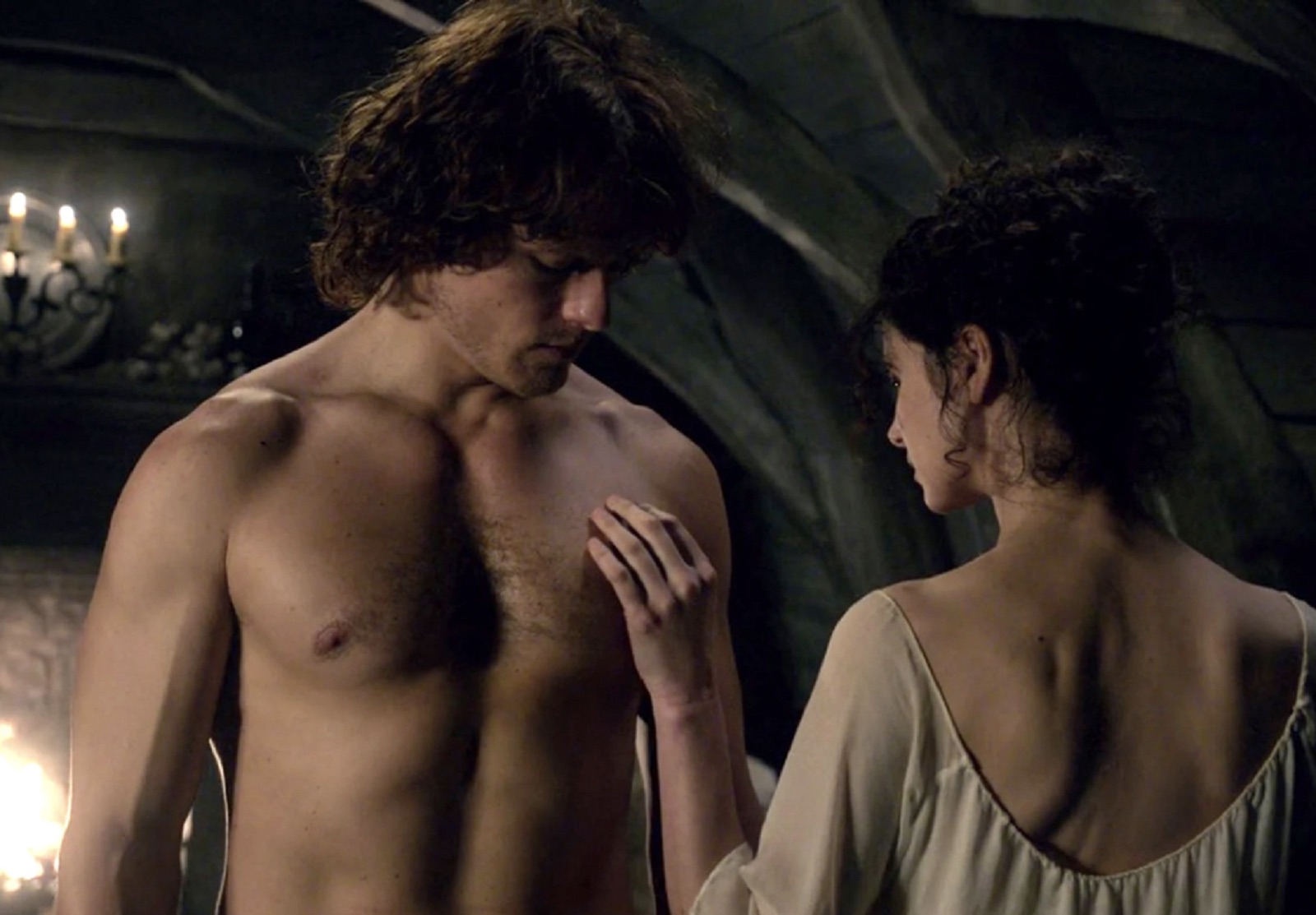 When Claire is accused of being a witch, she has to come clean to Jamie and admit that she’s a time traveler. Claire has “The Devil’s Mark” (a vaccination mark) that proves it. Jamie takes the news incredibly well and afterwards Jamie says he’ll help her return home.

Jamie also happens to give Claire an amazing goodbye present. Right by the campfire – in the open outdoors – Jamie puts a hand up Claire’s dress and well, you can guess what happens next. It doesn’t take Claire long to finish up – definitely convinced she’ll miss Jamie. Oh boy is it sensual – Jamie even says, “I want to watch you.” How hot is that? 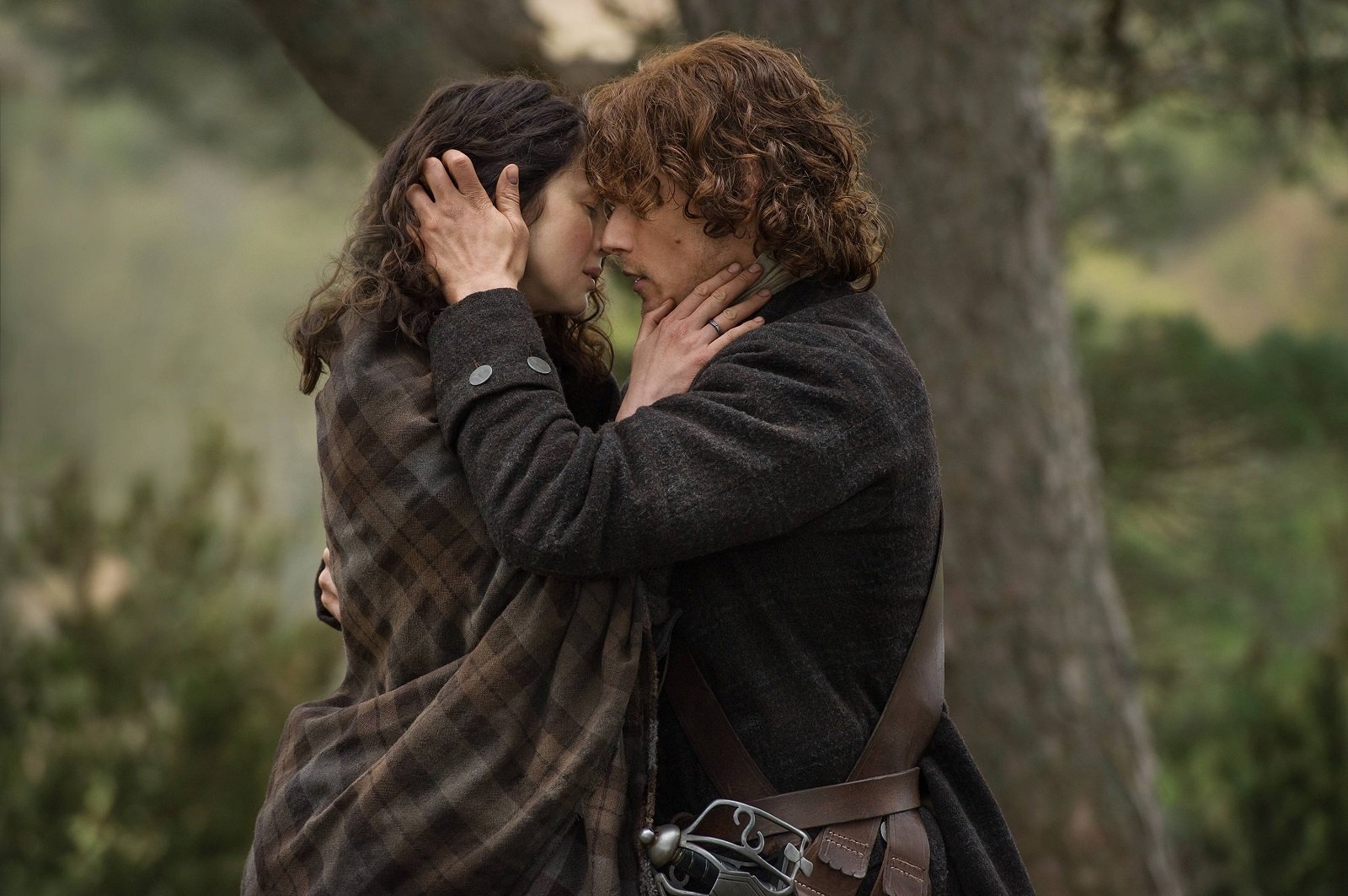 Each sex scene in Outlander is memorable because it brings something new to the table – or bedroom. As a form of 18th-century punishment for disobedience, Jamie takes a belt to Claire’s behind. Let’s just say Claire is not happy about it.

However, they get past it and have make-up sex, of course. However, Claire asserts her dominance – even holding up a dagger to Jamie’s throat before saying, “If you ever raise a hand to me again, James Fraser, I will cut your heart out and have it for breakfast.” 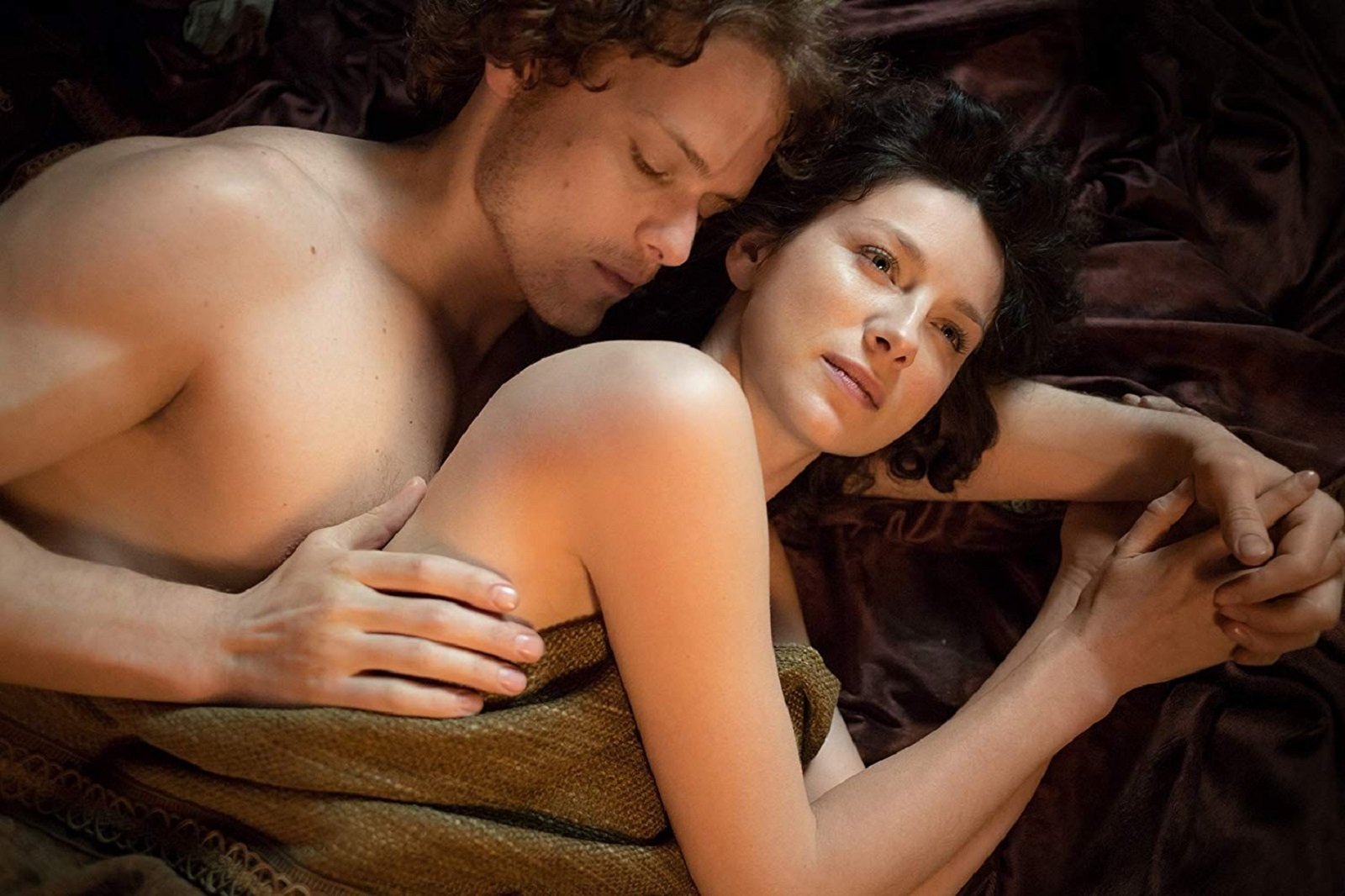 Did we mention that Outlander likes to mix it up on us? This title is pretty self-explanatory but let’s just say we were left breathless – just like Claire who can’t stop moaning & gasping while Jamie is going down on her.

Even when someone knocks on their door, Jamie doesn’t stop – his dedicated love-making making us all get red in the face. Thank you, Outlander – you really know how to make a woman happy. 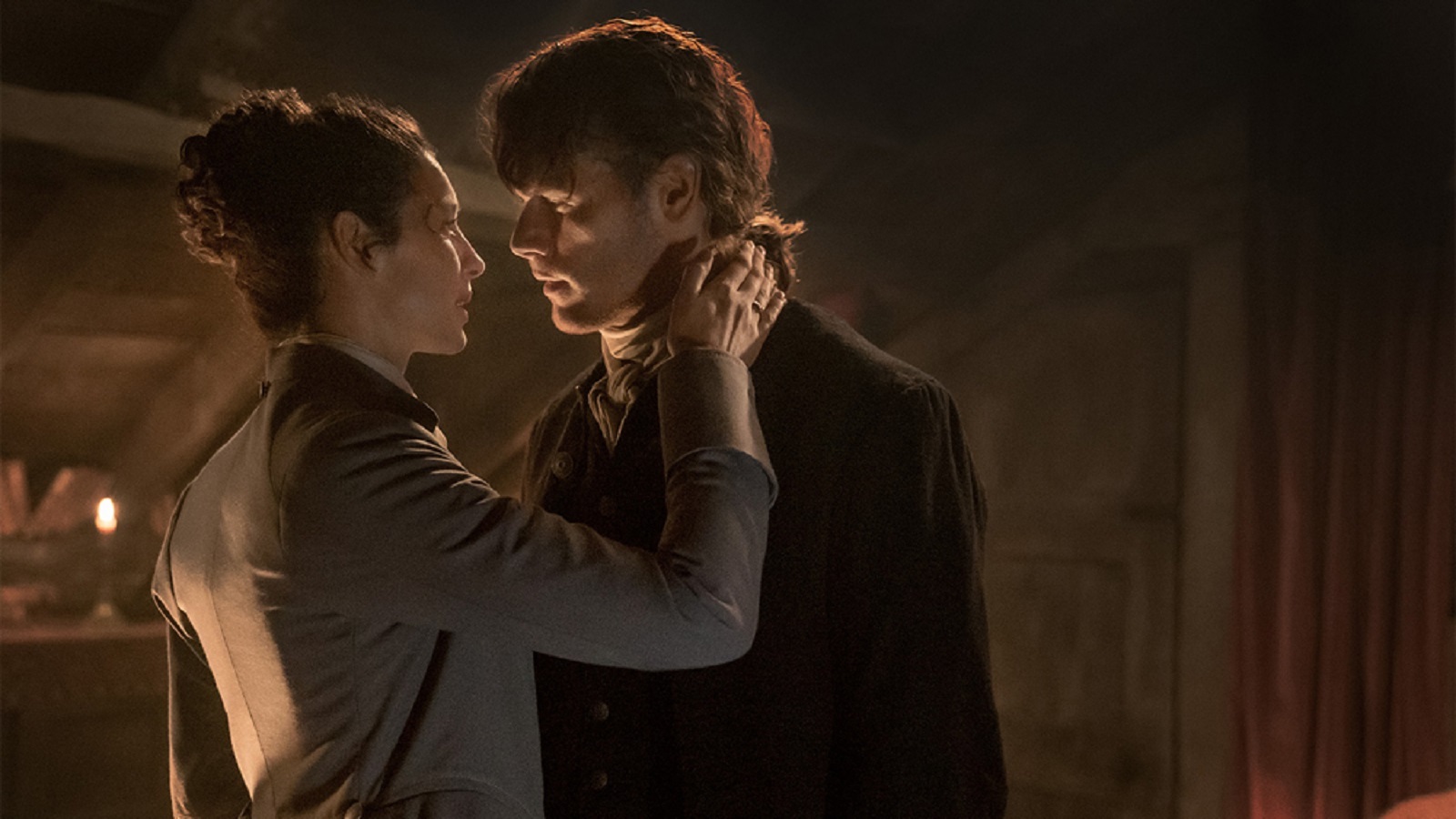 Outlander’s season 2 finale ends with an incredible climax – in more ways than one. When Jamie insists he has to take Claire back to the Craigh na Dun stones so she and their baby are safe during the Battle of Culloden, they are forced to share an emotional goodbye.

Of course, that also means saying goodbye to earth-shattering sex, causing them to collapse on the ground doing it right at the foot of the stones. Even heartbroken, we’re still taken by their last sex scene. Sex is so central to their connection that one last moment of love-making is vital. 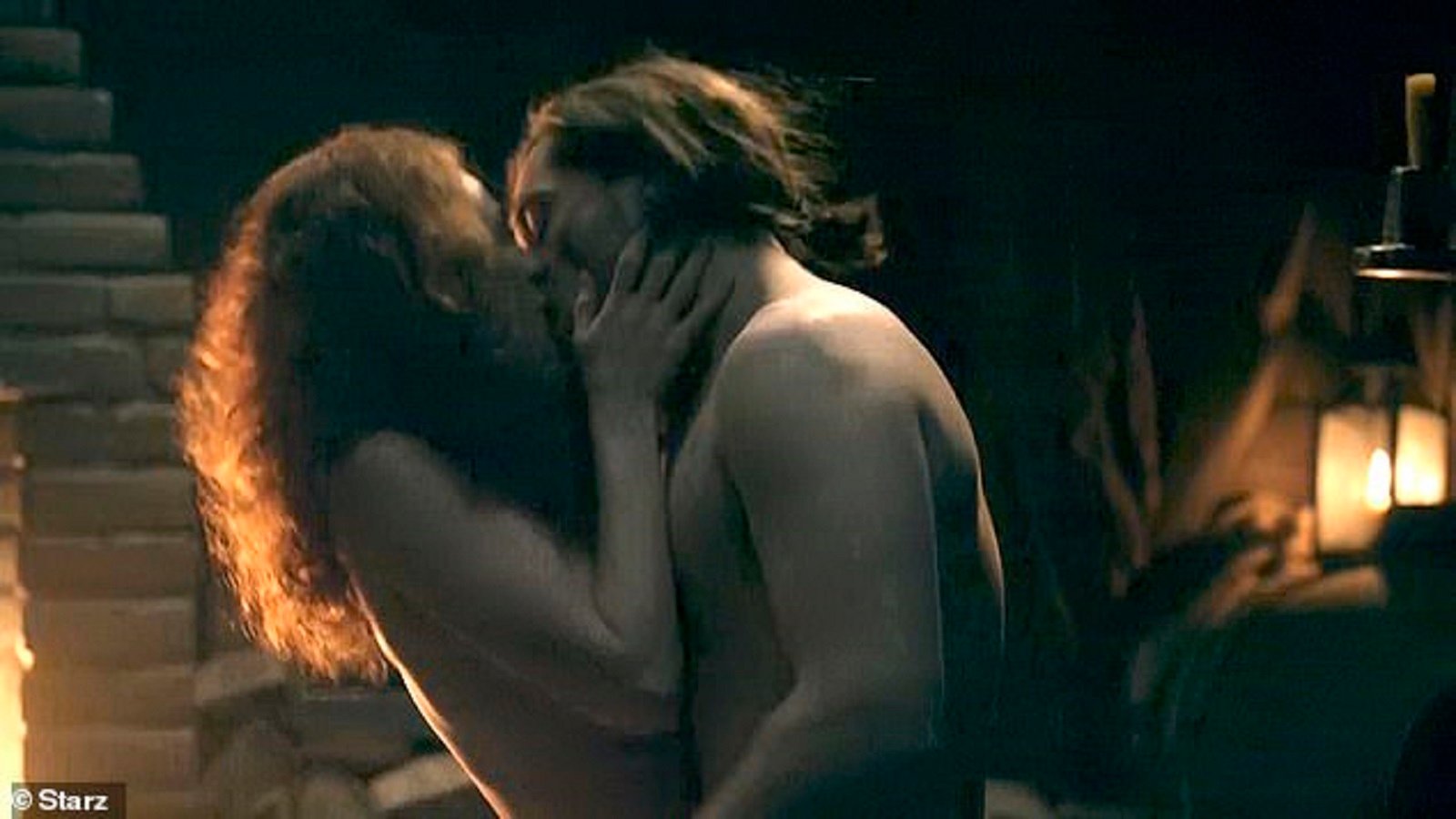 Twenty years pass before Claire & Jamie finally get to see each other again. (We were left hanging for six episodes.) While the two of them were both somewhat nervous after all that time, they eventually reunite in all of their glory. It’s just like riding a bicycle – you never forget how to do it. Even after twenty years.

Claire & Jamie’s rendezvous doesn’t end there. They have a lot of catching up to do. The two spend a lot of time in that bedroom and they even have morning sex – which is always just the cherry on top. 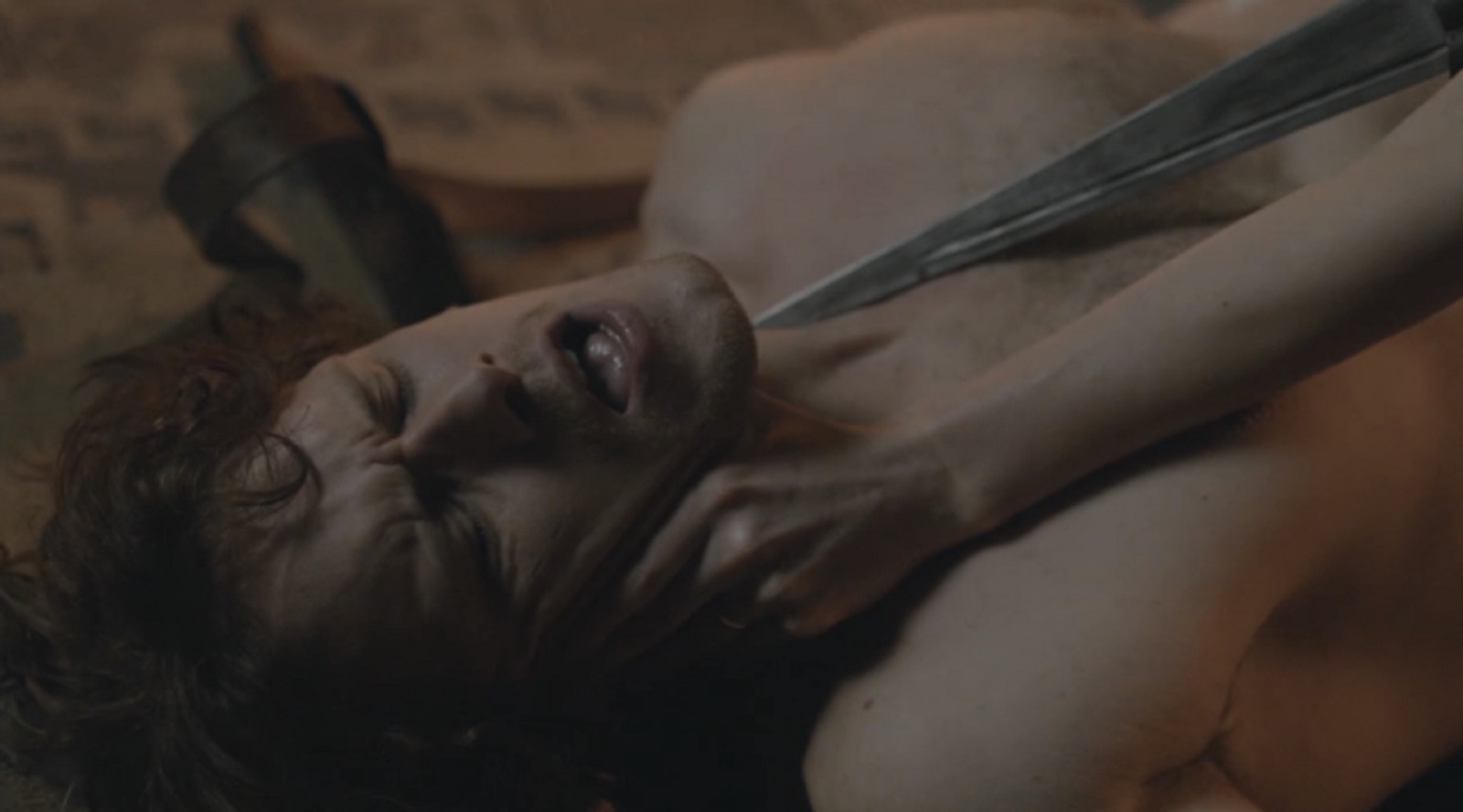 It sure takes Brianna & Roger long enough to seal the deal. Their sexual tension is off the charts. When Brianna finally accepts Roger’s proposal of marriage after he follows her back in time (and all the way across the seas to America!) they’re quickly handfasted. That means that they don’t have to wait a moment more to indulge.

While, this night surely doesn’t end well – at all – it sure starts off on a happy note. Though it doesn’t last forever, we were all excited & enthused to see Brianna & Roger find this happiness in union. They may not have quite the sex appeal that Claire & Jamie do, but we still can’t help but mark this as an extremely sensual sex scene in Outlander.

Hidden sexual fantasies? Blonde sex dolls (and all other varieties) are essential