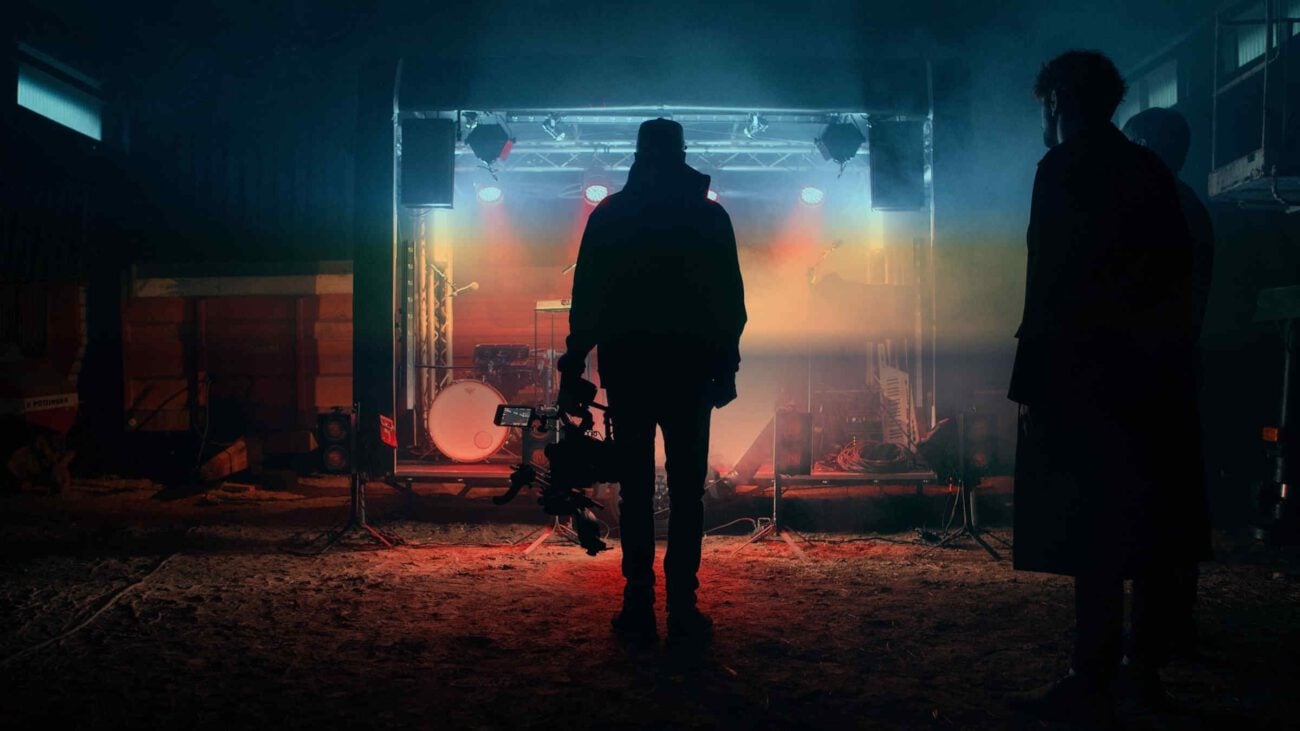 In such troubling times, many exciting films may have passed us by. However, not all movies are released in cinemas, so some of them can be viewed on streaming services. 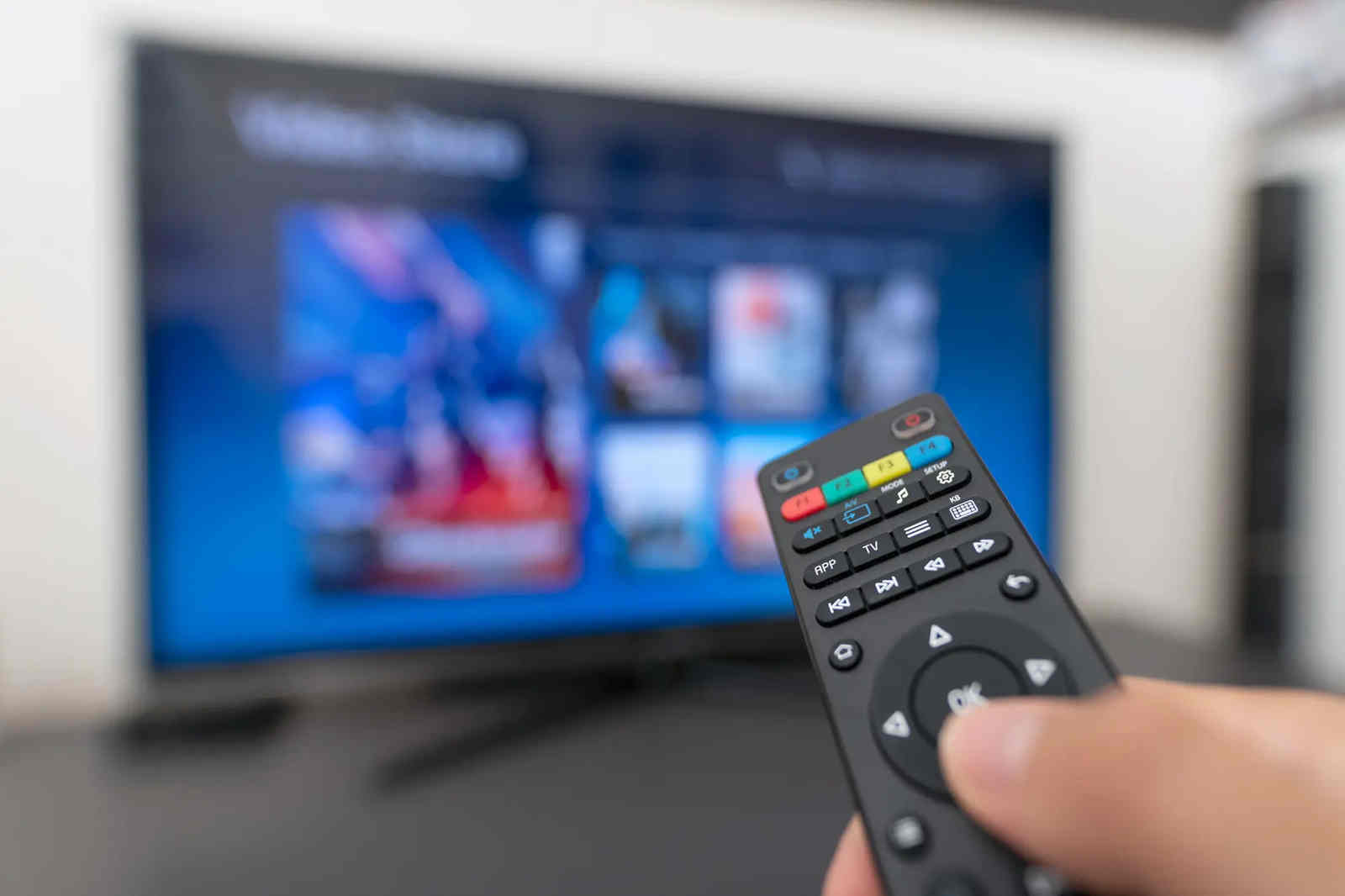 Streaming movies that are worthy of your attention

To keep your spirits up, it’s a good idea to get distracted and go back to your routine, peaceful activities. For example, playing Indian online casino or watching movies and TV shows. We have compiled a list of new releases in this selection to make it easier for you to find a project to your liking, such as: 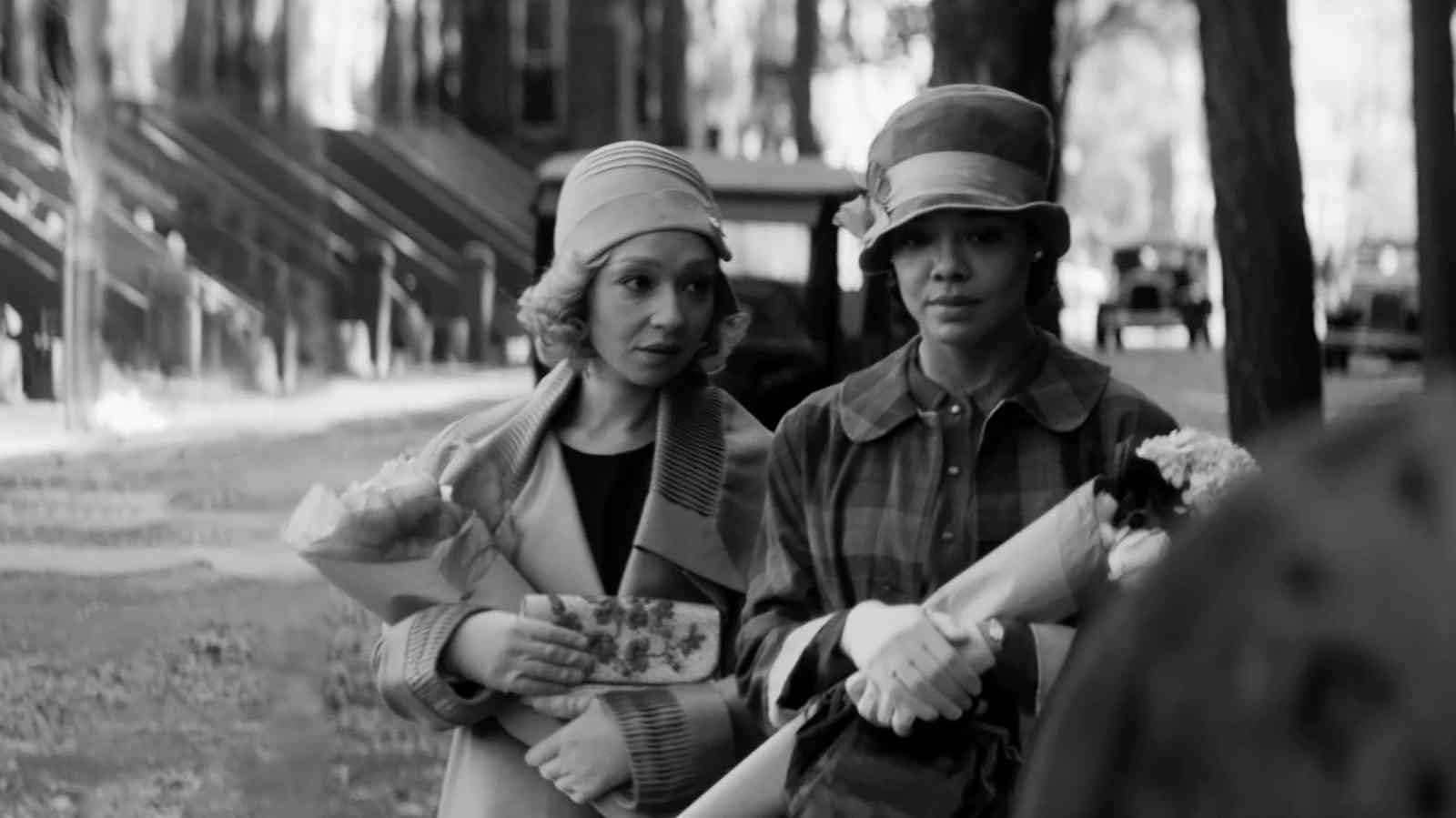 Rebecca Hall’s debut film can’t be said to have “the first pancake.” Nevertheless, this exquisite black-and-white work, which premiered at the Sundance Film Festival in 2021, is capable of touching every fiber of the viewer’s soul. Two dark-skinned women, old buddies, meet by chance in an expensive hotel in the 1920s.

One of them is surprised to discover that her friend looks like a white woman. The one is so in character that even her husband has no idea he is engaged to a woman of color. From this point on, a series of heady events begin with attempts to accept her identity, a thirst for curiosity, and burning jealousy. 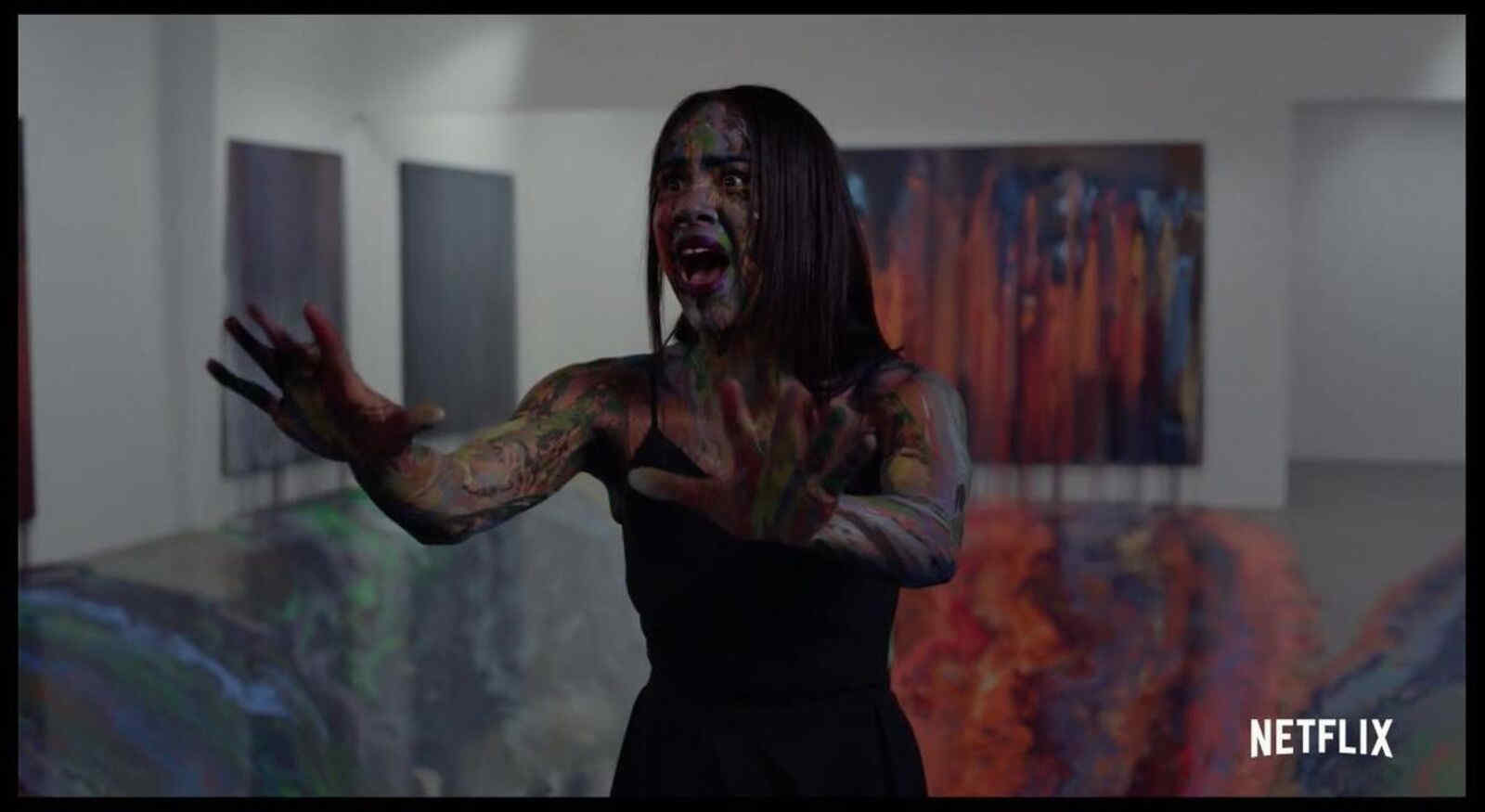 A deliberately pretentious horror film about an art space and the power of critics once divided experts and viewers into two groups: those who scolded the picture for being arrogant and pointless and those who, on the contrary, liked it all. Jake Gyllenhaal is unusual for his role as a successful art critic, a representative of the bohemian scene, to whom all this bourgeoisie has already bored.

One day, his friend discovers a vast number of paintings in the apartment of a deceased neighbor, which gives away the hand of a genius in the opinion of the heroes. As the art critic tries to unravel the artist’s identity, galleries begin to buy up his work, and a mystical force awakens in art. 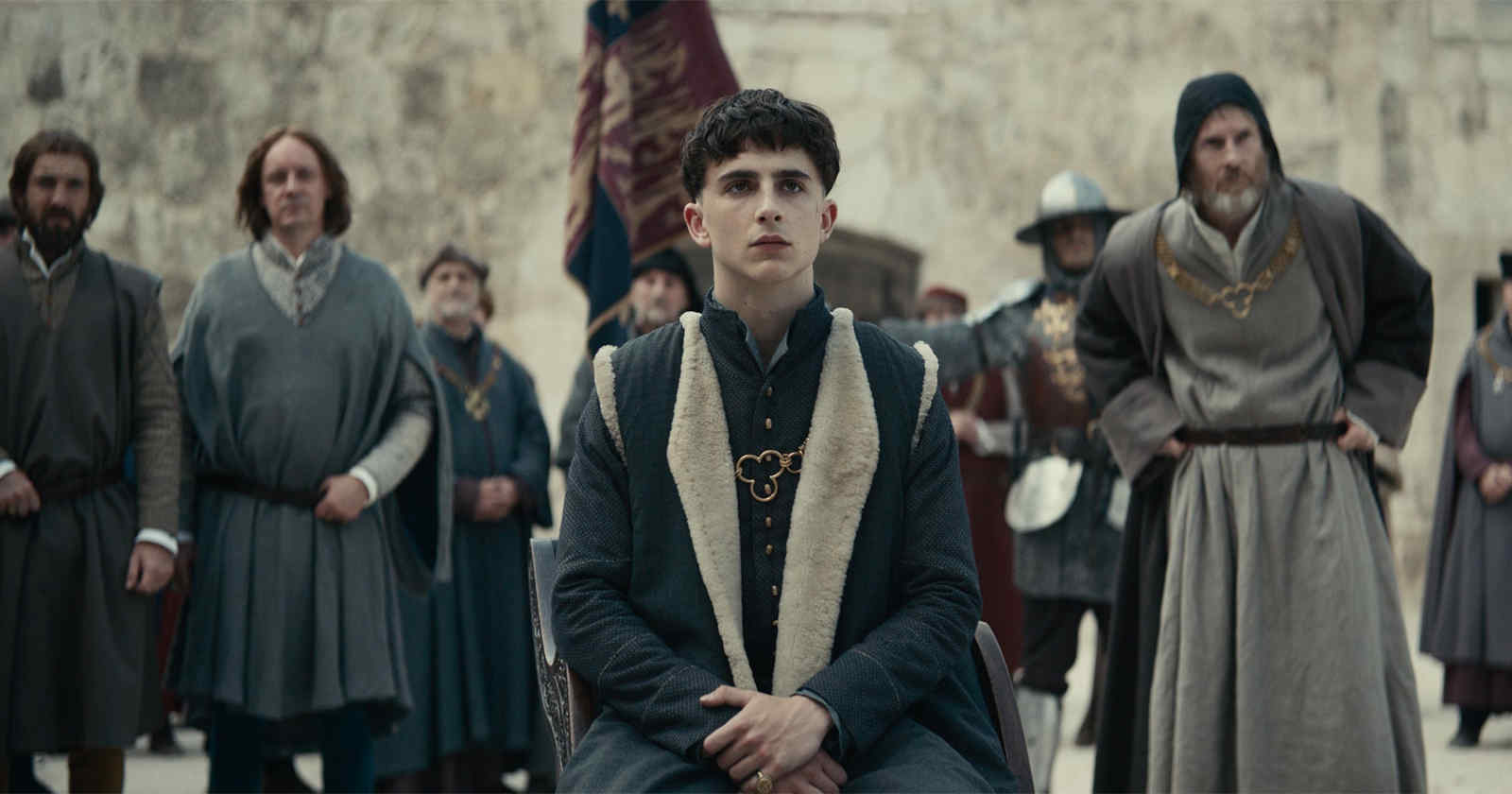 The dark and drawn-out story of Henry V’s rise to power, the story unfolds against the backdrop of the Hundred Years’ War. The slow film contains some awe-inspiring scenes that can lift the dusty veil of the history of Foggy Albion. In addition, The King also allows us to see one of Timothy Chalamet’s underappreciated roles.

The young actor, who is now the leading star of his generation, is reincarnated as a ruler with enormous power and responsibility resting on his shoulders. But it is not only Chalamet who shines the crown here, but also Robert Pattinson – his albeit brief appearance in this historical drama looks flawless. 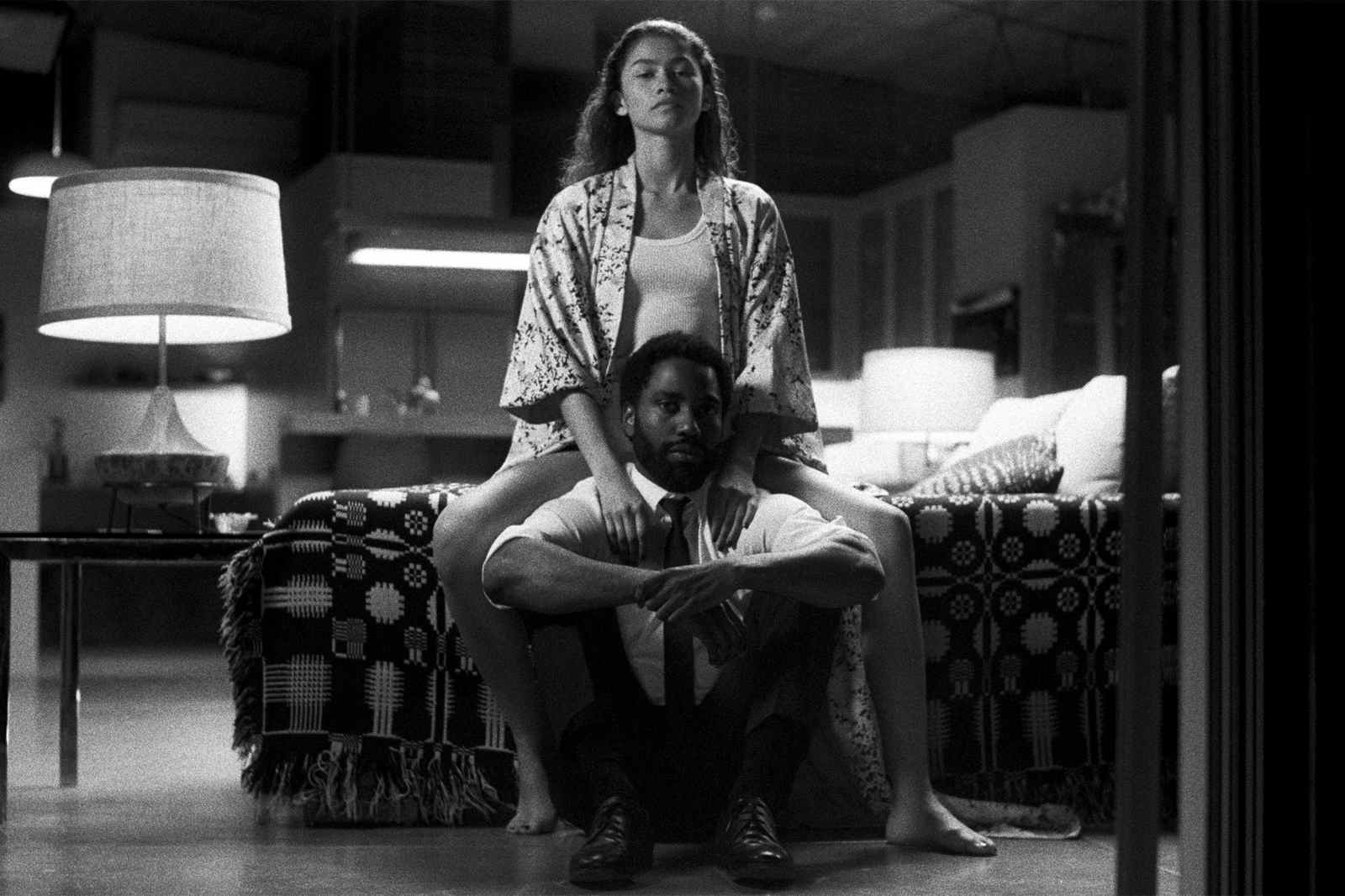 Perhaps the most chambered and one of the most beautiful pictures on Netflix. The story centers on Malcolm’s hopeful director and his girlfriend, part muse Marie, played by John David Washington and Zendeya. Returning from the premiere of Malcolm’s debut film, the characters have a long and agonizing relationship. Declarations of love follow mutual recriminations, and tender kisses follow broken dishes.

Unfortunately, after the premiere on the platform, it seems that it was immediately forgotten. Meanwhile, the picture showcases this year’s most potent acting duo. The tension and recognizable motifs make Malcolm and Marie a realistic portrait of a relationship full of cracks and misunderstandings and hugs and loud laughter. 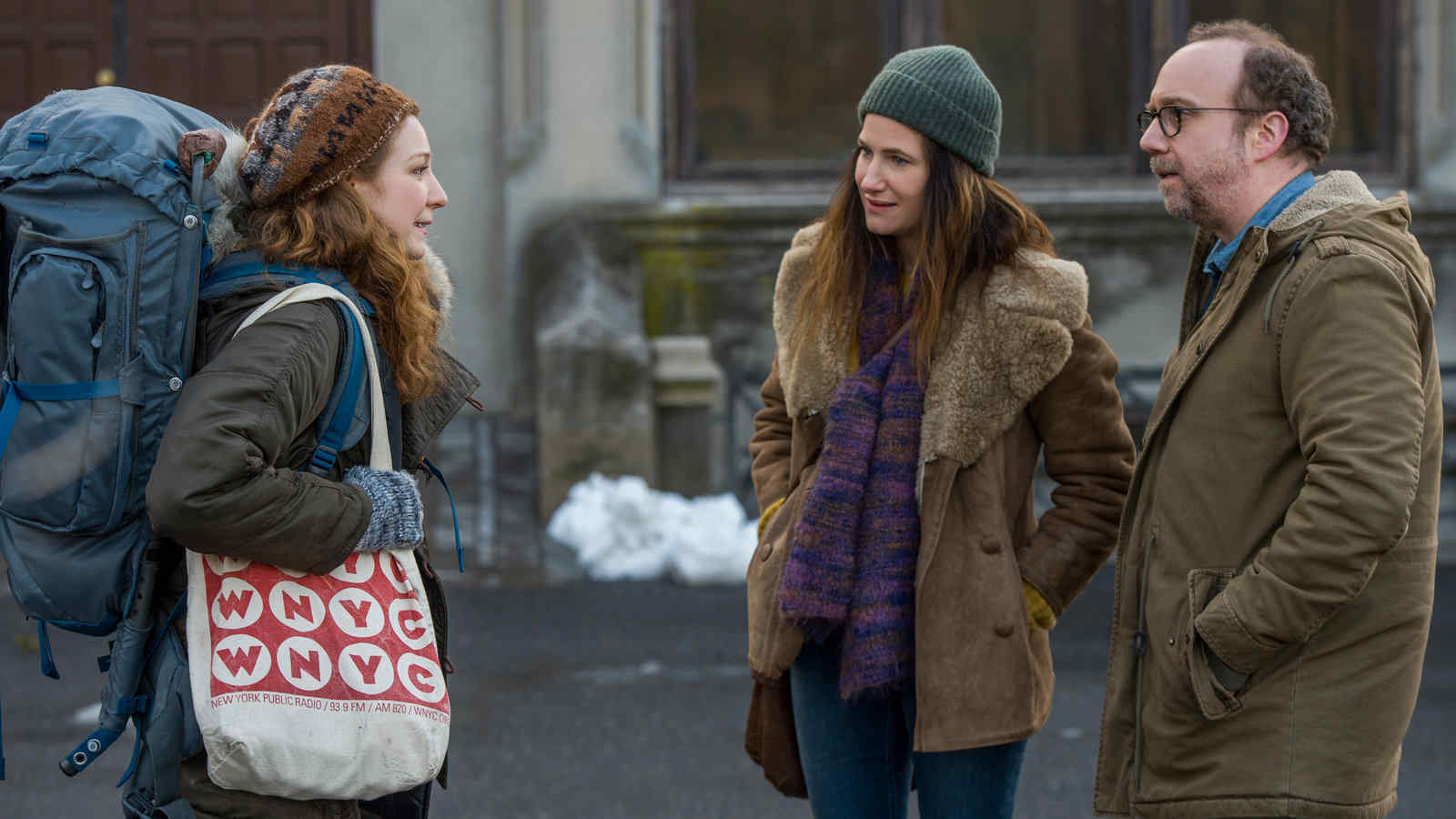 If you miss Kathryn Hahn disastrously after the WandaVision series, pick up Private Life. This 2018 drama has gone unnoticed since its premiere at Sundance, despite its impressive acting and touching story. Richard and Rachel, a middle-aged couple, try to have a baby.

Unfortunately, the characters’ desperate desire puts pressure on their marriage. However, Private Life does not sink into despair but instead illustrates deeply human situations: the spectacle came out soul-saving, despite showing such personal struggles. 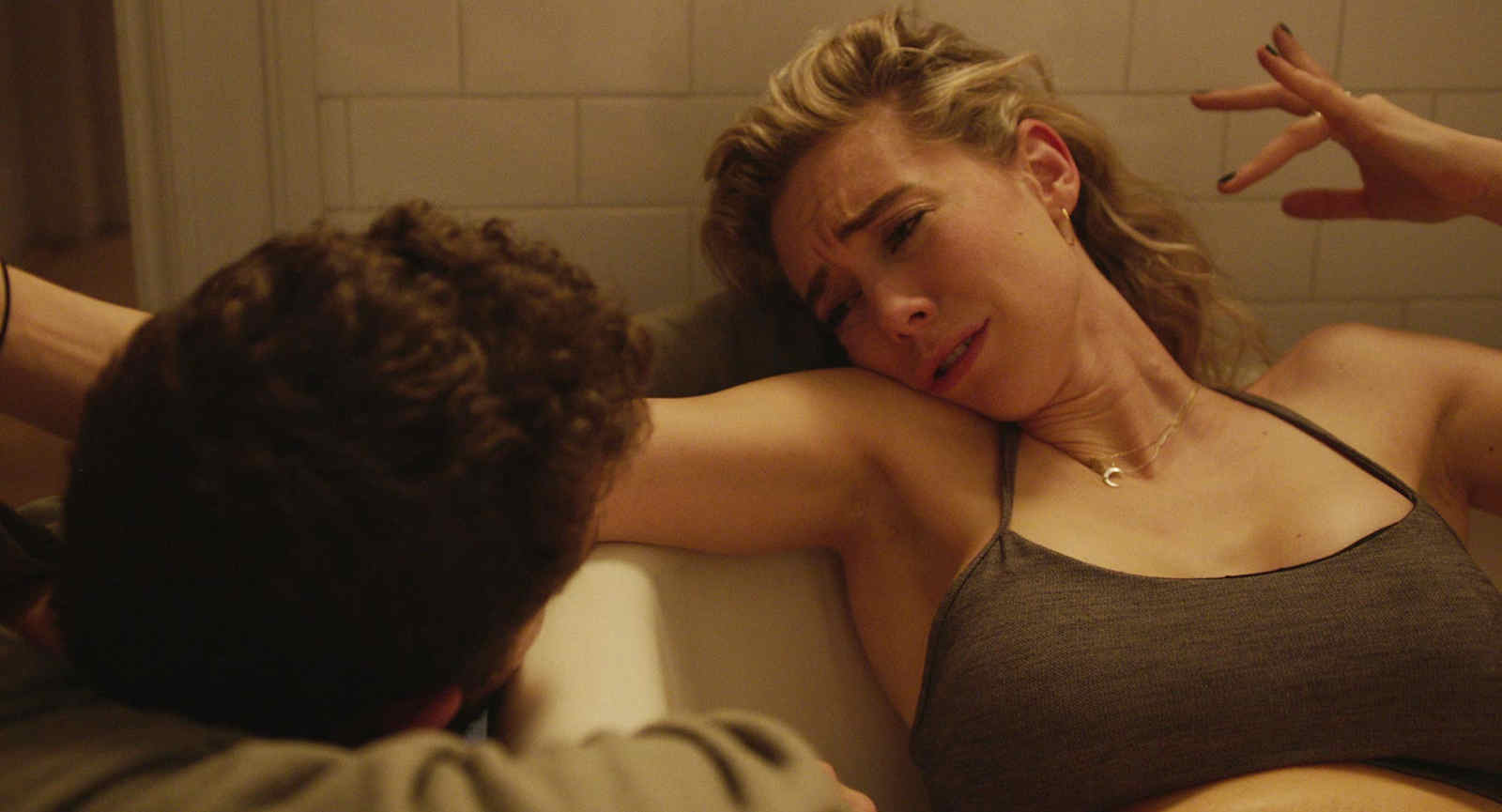 The work of Cornel Mundruzo and Kata Weber is another film about marriage and parenthood. Vanessa Kirby played a young woman who did not manage to become a mother: her child died shortly after giving birth at home. Throughout the film, the heroine tries to cope with the grief that has fallen on her.

Unfortunately, an event that should have brought their family closer turns out to be fatal, and the woman is left alone. In addition to the trial with the midwife who delivered the baby, she needs to sort out her tangled relationship with her partner and her mother. Piecing herself together piece by piece, Martha has to find new meaning to wake up in the morning and get on with her life. 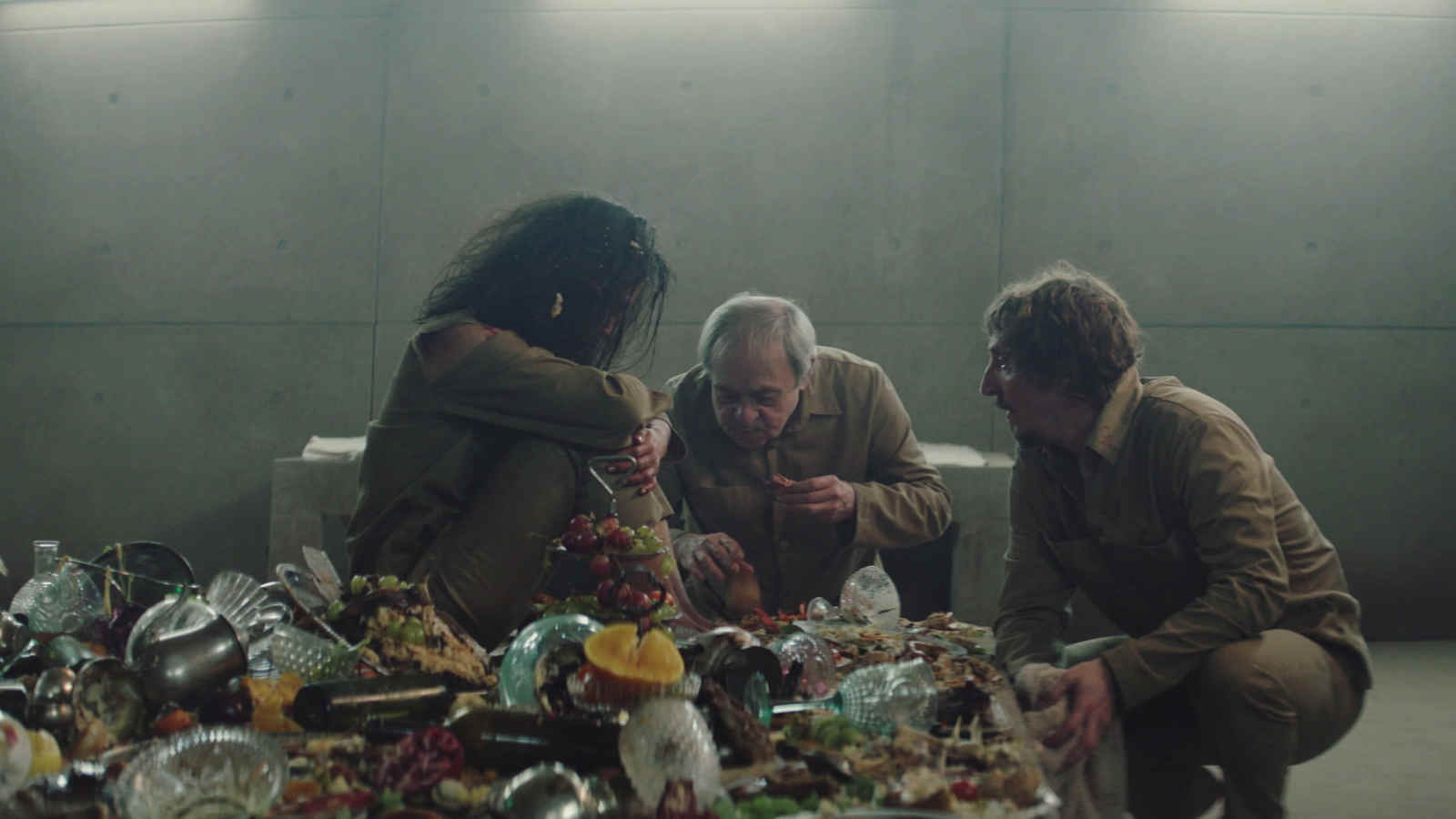 Goren takes part in an unusual experiment. Waking up in an empty room, he discovers that he is on level 48. There are two people on each tier, and a shared well connects all the floors: through this well, food is lowered once a day, and the height of the level determines how much provisions will go to the suffering people.

Once a month, there is a rotation, and the location of the people may change. This ultra-violent, dystopian thriller serves as a metaphor for the worst aspects of capitalism. Not only does the Netflix original project prove to be one of the most suspenseful and visually unpleasant films in recent years, but it also demonstrates a frightening warning about the power of greed. 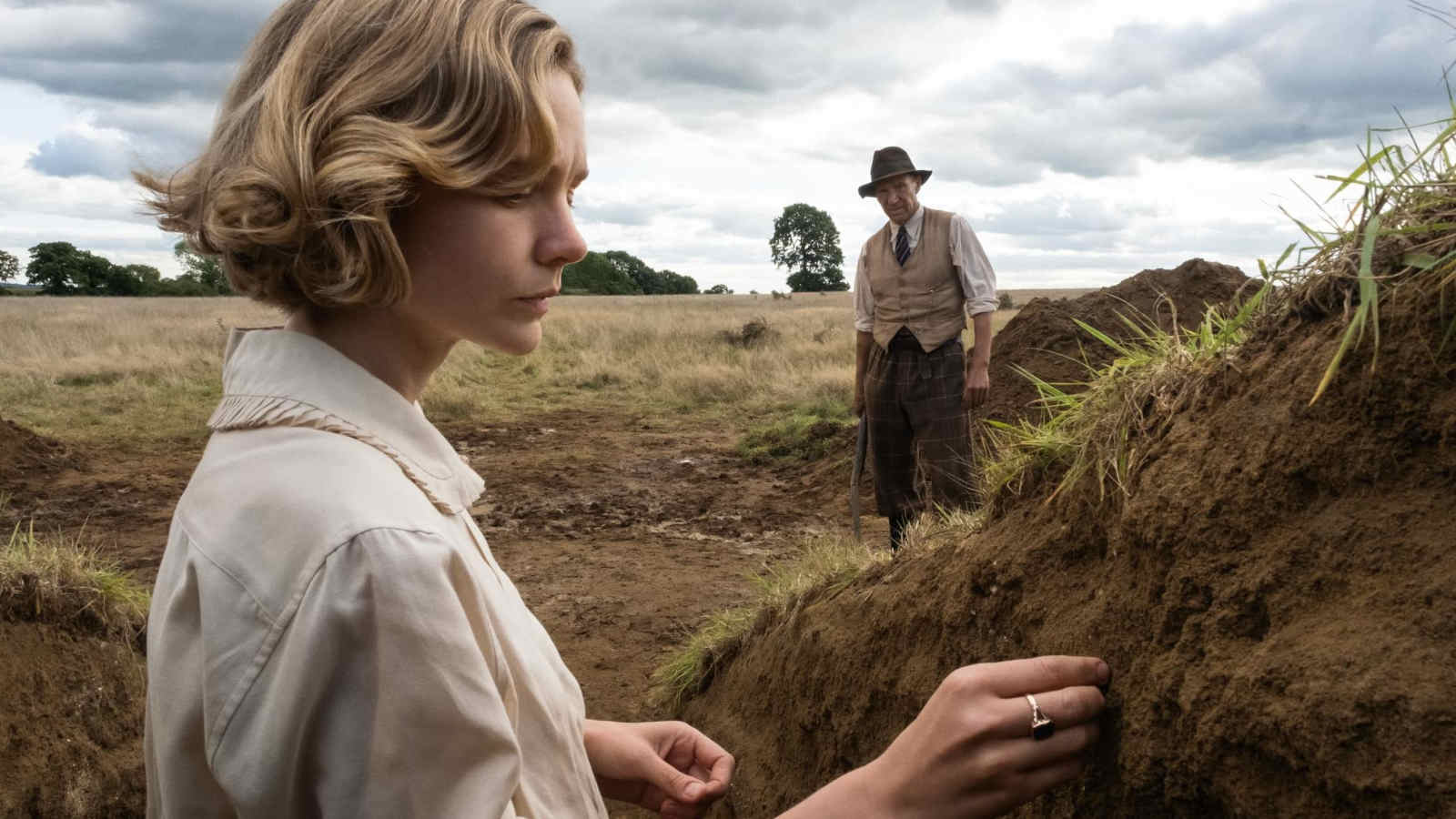 Carey Mulligan played a widow who believes that valuable traces of the past can be found in her land. The archaeological dig and search for artifacts become an attempt to find ourselves. A delicate drama full of metaphors, for some inexplicable reason, it has been overshadowed by the platform’s other high-profile projects.

Perhaps the digging in the ground and lack of explicit conflict may have deterred potential viewers. But a film about the passing and the eternal with the perfect cast and the most appropriate pacing deserves to be called “Netflix’s hidden masterpiece.” 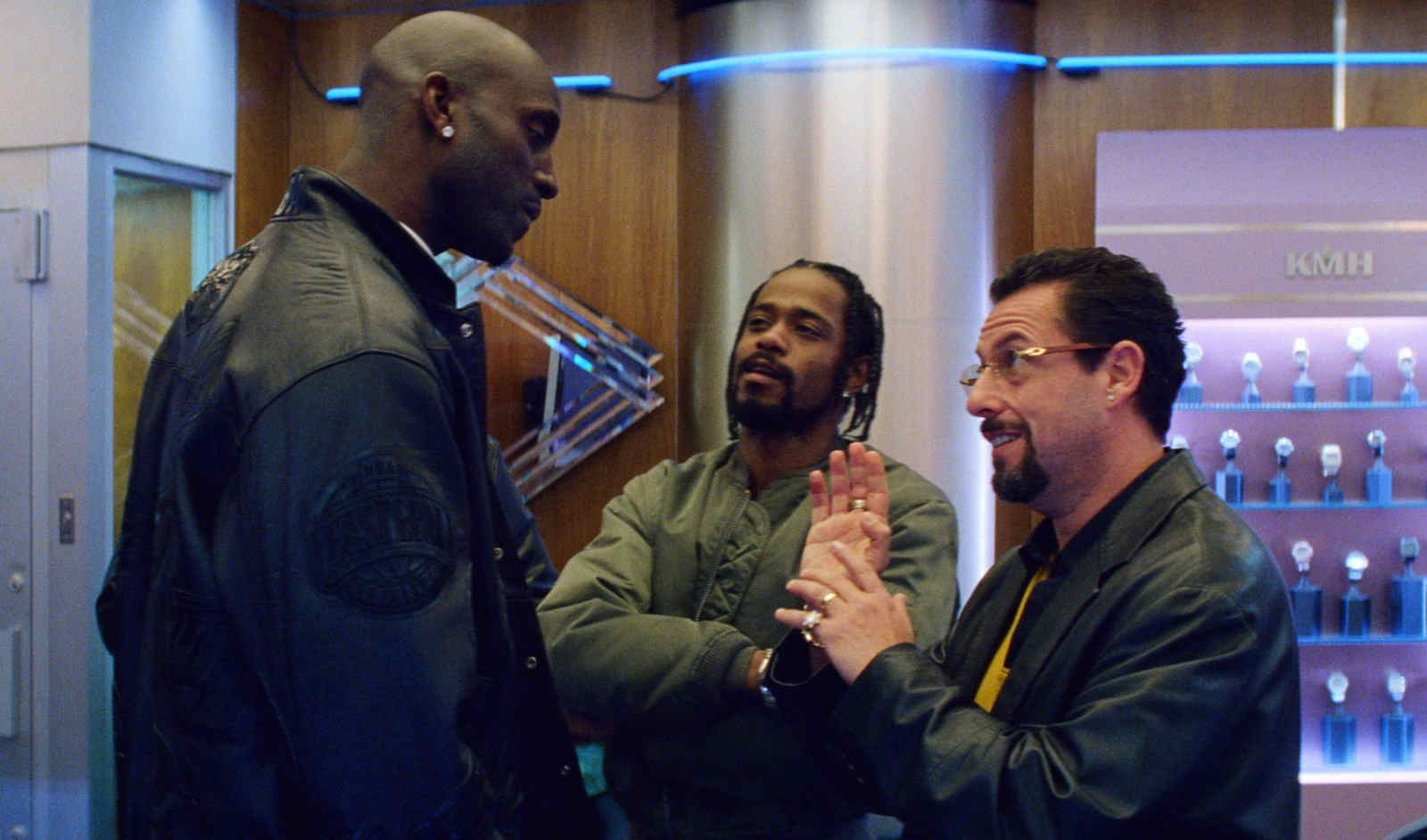 After the triumph of Good Time, the Safdie Brothers return with another hit. Though academics have snubbed the Jewels Unbeaten, the film has racked up several major awards, including a National Board of Critics award and the Independent Spirit Awards nomination. This recognition is given out on the eve of the Oscars.

The main character is the charismatic New York jeweler Howard Ratner with the face of Adam Sandler. A gambler, he owes a lot of money to gangsters because of his risky bets, and soon his life is on the brink of ruin. Now Howard is forced to maneuver between business and enemies who are about to get to his family and hopes to straighten things out by auctioning off a rare jewel. 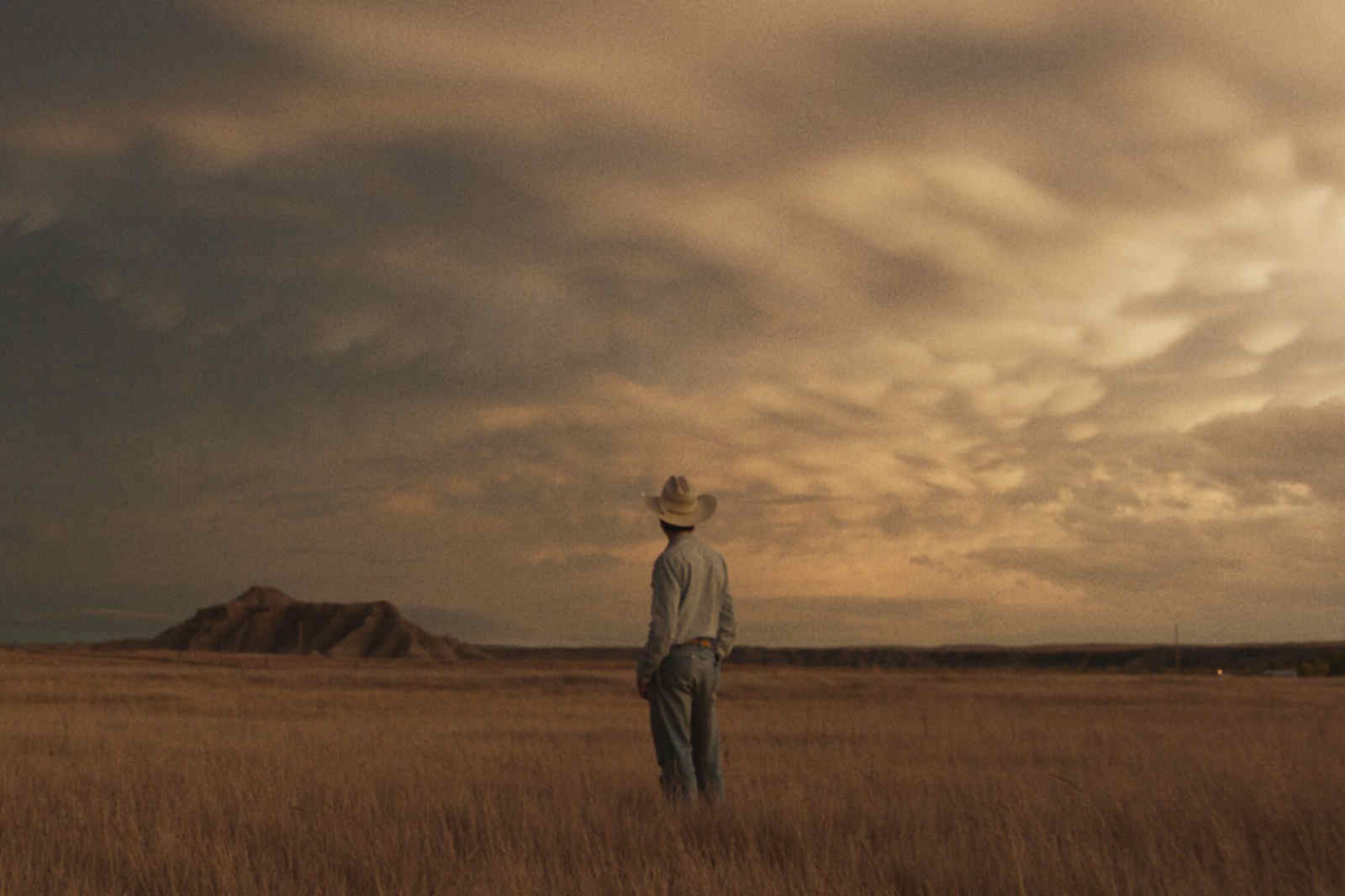 The Rider is a benefit for Glitter and Community star Alison Brie. Here she not only played the lead role but also co-wrote the script. Bree’s character is shy and lonely Sarah, who is into needlework, loves horses, and regularly watches shows about the paranormal.

One day, she is struck by a series of strange events: at first, the girl suffers from sleepwalking, time after time waking up in unexpected places, and then she begins to anticipate the future. There are several possible explanations, and all of them are frightening – from the intervention of insidious aliens to a mental illness inherited from her grandmother.