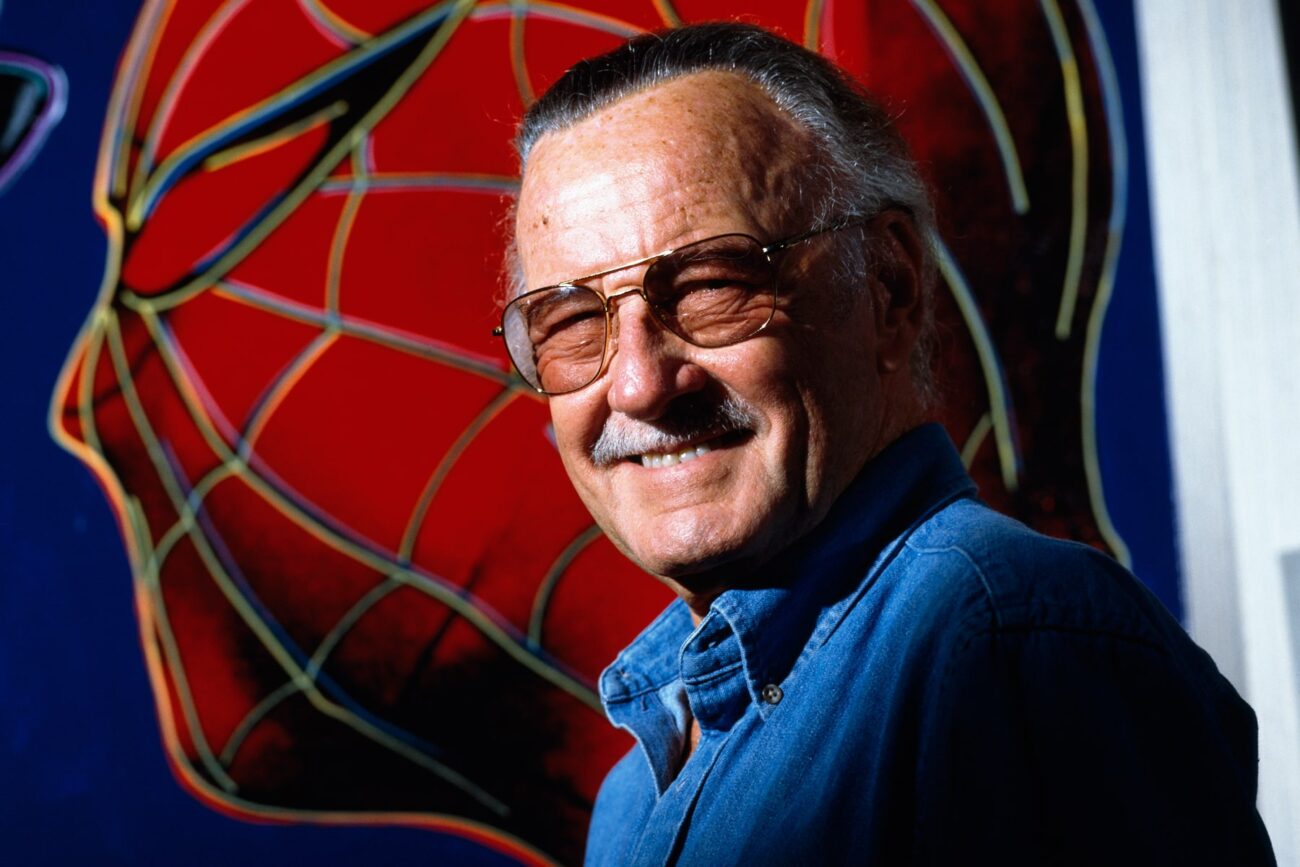 Did Stan Lee boost his net worth by taking credit for other people’s work?

Is a net worth of $50 million too much or not enough when it comes to Stan Lee? The answer will depend on how you feel about his contributions to the Marvel Universe. The neverending debate regarding how many Marvel properties Lee actually created versus how much he simply oversaw will probably never be settled.

Still, it’s Stan Lee. If anyone didn’t know him before the Marvel Cinematic Universe exploded into the mainstream, they certainly know him now. True, they might only know him as “the silly old man in every Marvel movie”, but that’s more than his past collaborators can claim. How many people would recognize Jack Kirby or Steve Ditko if they saw their picture?

The road Stan Lee took to get to that $50 million net worth wasn’t as straightforward as you may think. The story of Lee’s career is quite the yarn, even with the controversies about character ownership surrounding it. 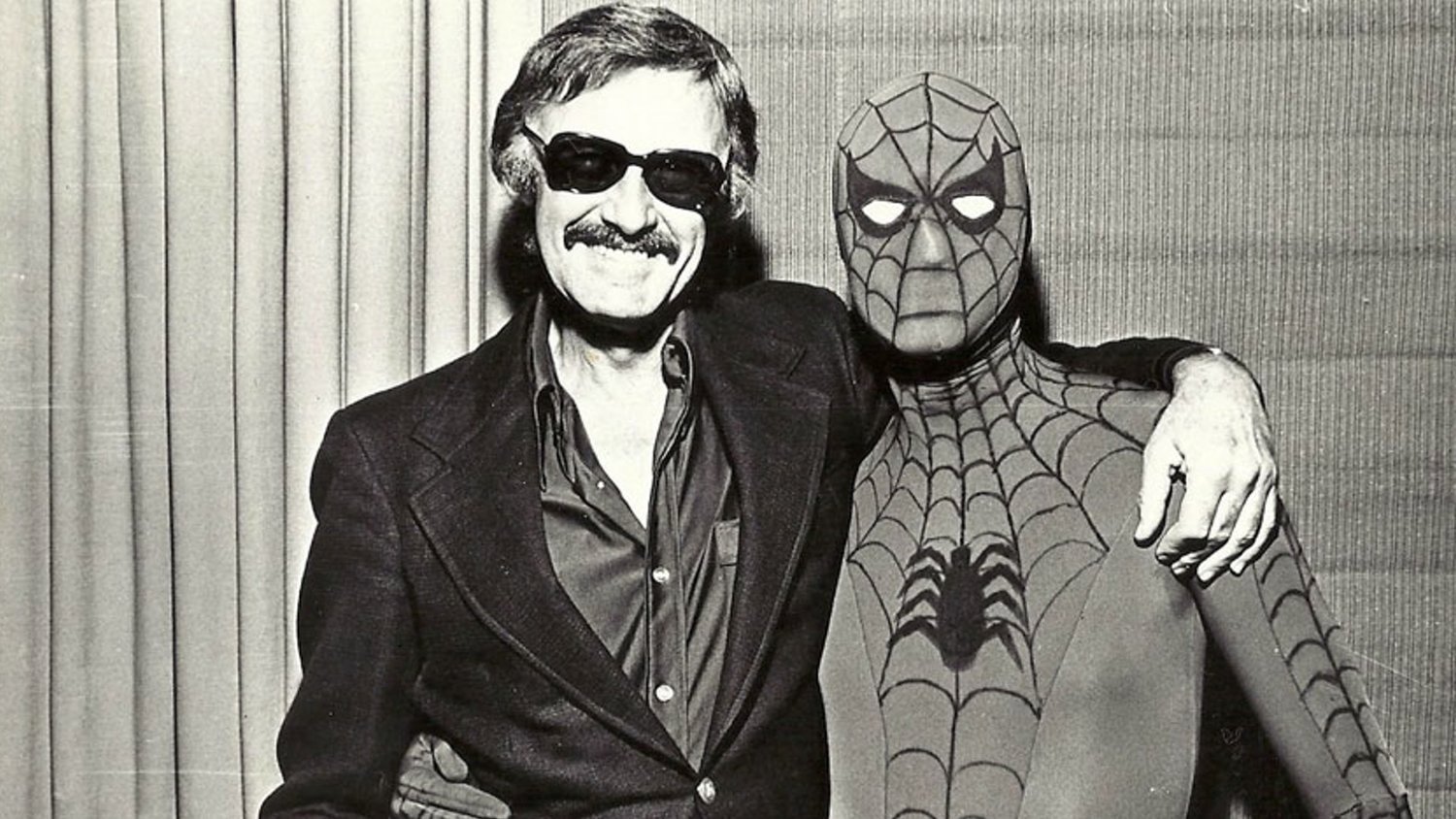 Before he was known as the prime creator of the Marvel Universe, Stan Lee was known as Stanley Martin Lieber. Not wanting to use his civilian name for his comic book endeavors – because he wanted to save it for more high-brow work, like writing a novel – Lieber created “Stan Lee”. And Stan stuck around. The young writer moved up quickly in his uncle’s comic book publishing company, Timely.

By the time Timely became Marvel Comics, Stan Lee was editor-in-chief of the company. The 60s had arrived and superheroes were due for a comeback. Under Lee’s leadership, Marvel created the characters we all know & love today, either because we’ve read their adventures or watched them on the big screen (or the small screen, thanks Disney+!).

This is where things get contentious. When credits list, say, Spider-Man as created by Stan Lee & Steve Ditko, was it a 50/50 partnership? Or was one of them doing the heavy lifting – and was that person usually not Stan? And when you hear Ditko’s net worth was only $1 million by the time of the artist’s death, doesn’t it feel a little weird? 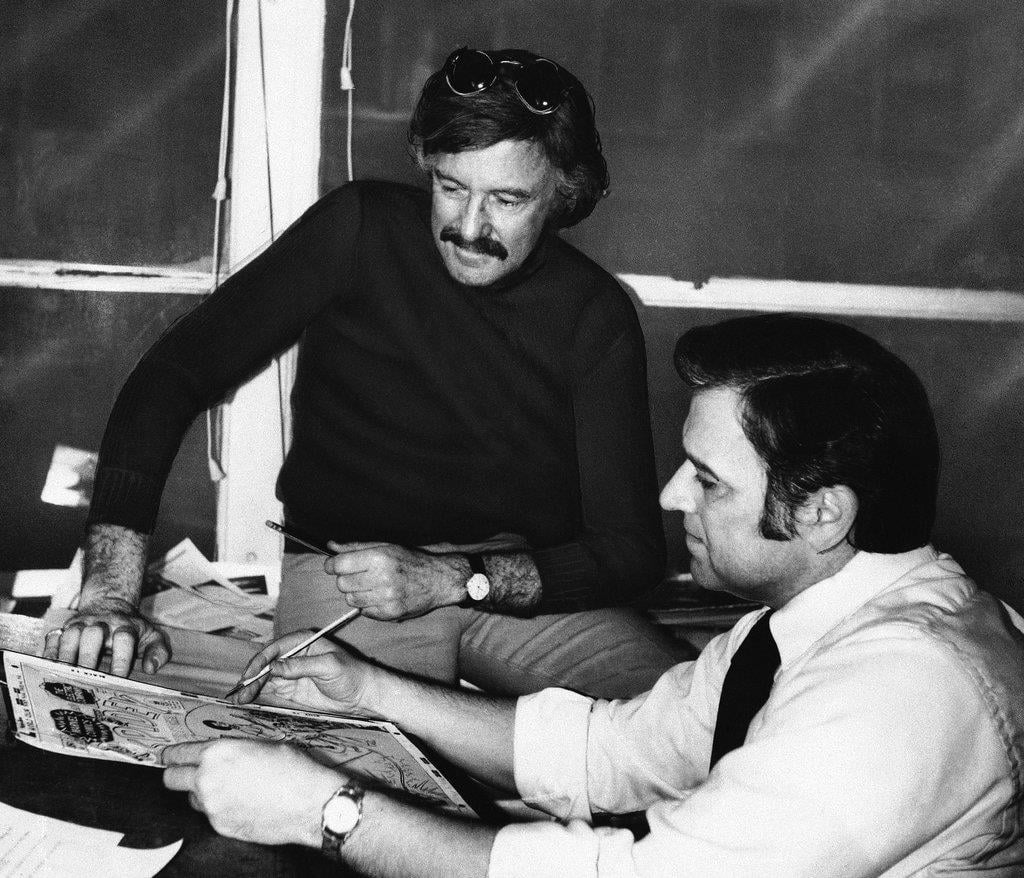 Method to the madness

The net worth disparity repeats when you compare Stan Lee’s to another of his major collaborators’. Jack Kirby’s net worth was $10 million at the time of his death. That’s not as bad as Ditko’s, but a far cry from Stan’s $50 million. And then you may think, “Well, wasn’t Stan Lee doing all the hard work, anyway? Wasn’t he creating everything?”. No, not really. Allow us to tell you about “The Marvel Method”.

The way Marvel hashed out comic book stories back then (and some creators still do these days) was a little different than what you’d think. You didn’t start with a finished script that then would go to the artist. Instead, the writer (in this case Stan Lee) and the artist would sit together and figure out the story and the plot beats. Then the artist would go off and draw the comic book as, basically, a silent story.

Once the art was done, the writer (again, usually Stan Lee) would rejoin the process to add those well-known comic-book bubbles full of text. So, as you can see, Lee’s collaborators had a lot more creative input in the average comic book story than most people think – and that’s not to say that an artist without story input isn’t putting in a lot of work already. 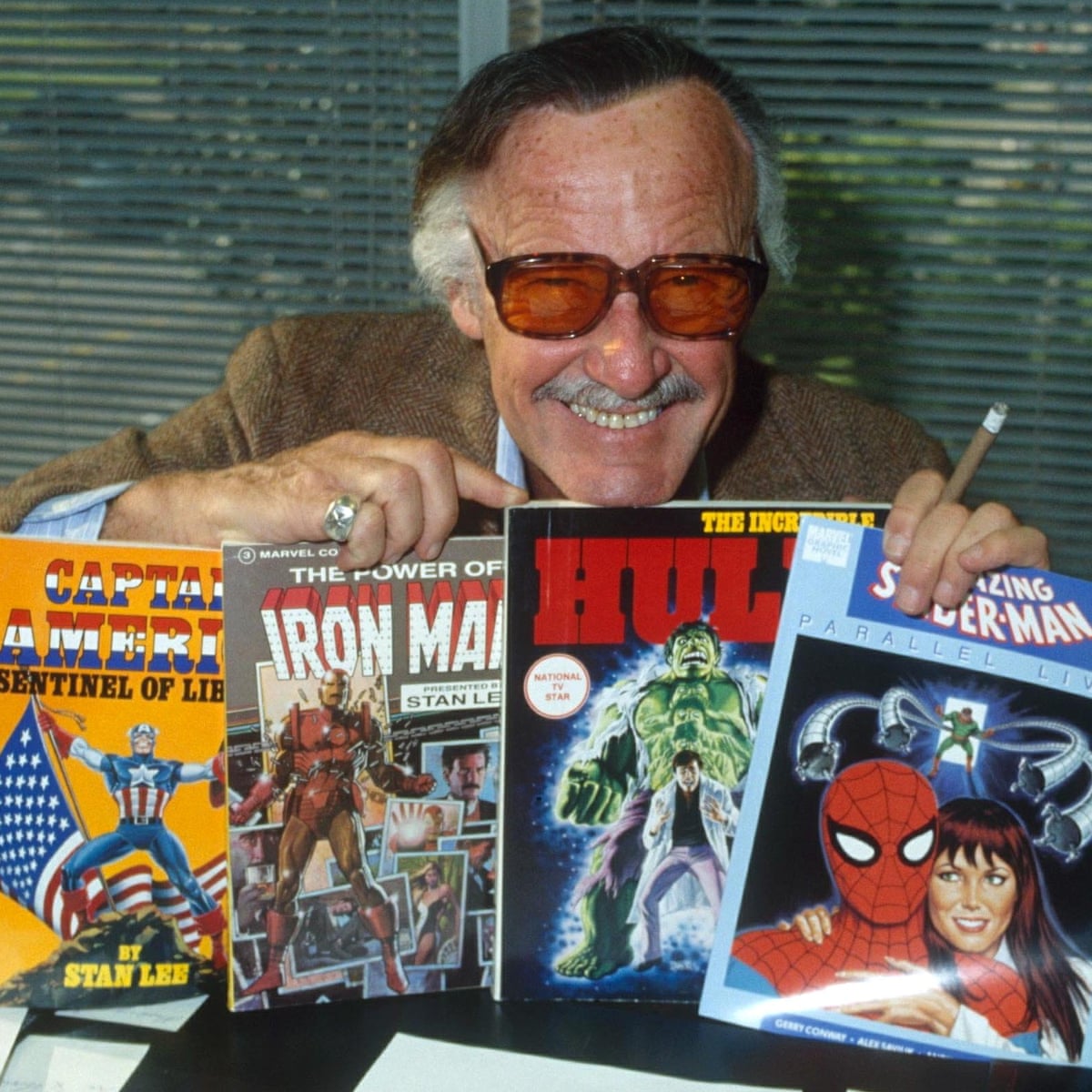 A recent article in The New Yorker compared Stan Lee’s role in Marvel Comics as that of an “orchestra conductor, coaxing talent from others.” The same article acknowledges what most people in the industry (and most fans too, let’s be honest) know: Lee’s greatest talent might have been his skill as a hype-man, a creator of mythologies – including his own.

What this means is maybe Stan Lee earned his net worth not necessarily by creating Spider-Man, The Fantastic Four, The X-Men, and The Avengers, but rather by putting together the right creative teams and by promoting the hell out of the properties – and himself. The fact that “Stan Lee presents” opens every Marvel comic is a master stroke of self-promotion.

And there is something to be said for Stan Lee’s leadership during the incredibly successful decades he was Marvel’s editor-in-chief. When he finally stepped away, eager to try his luck in Hollywood, Marvel became a disorganized, yet still profitable, company. It took five years after Lee’s departure from the editor-in-chief position for Jim Shooter to take over the mantle and stabilize the ship. 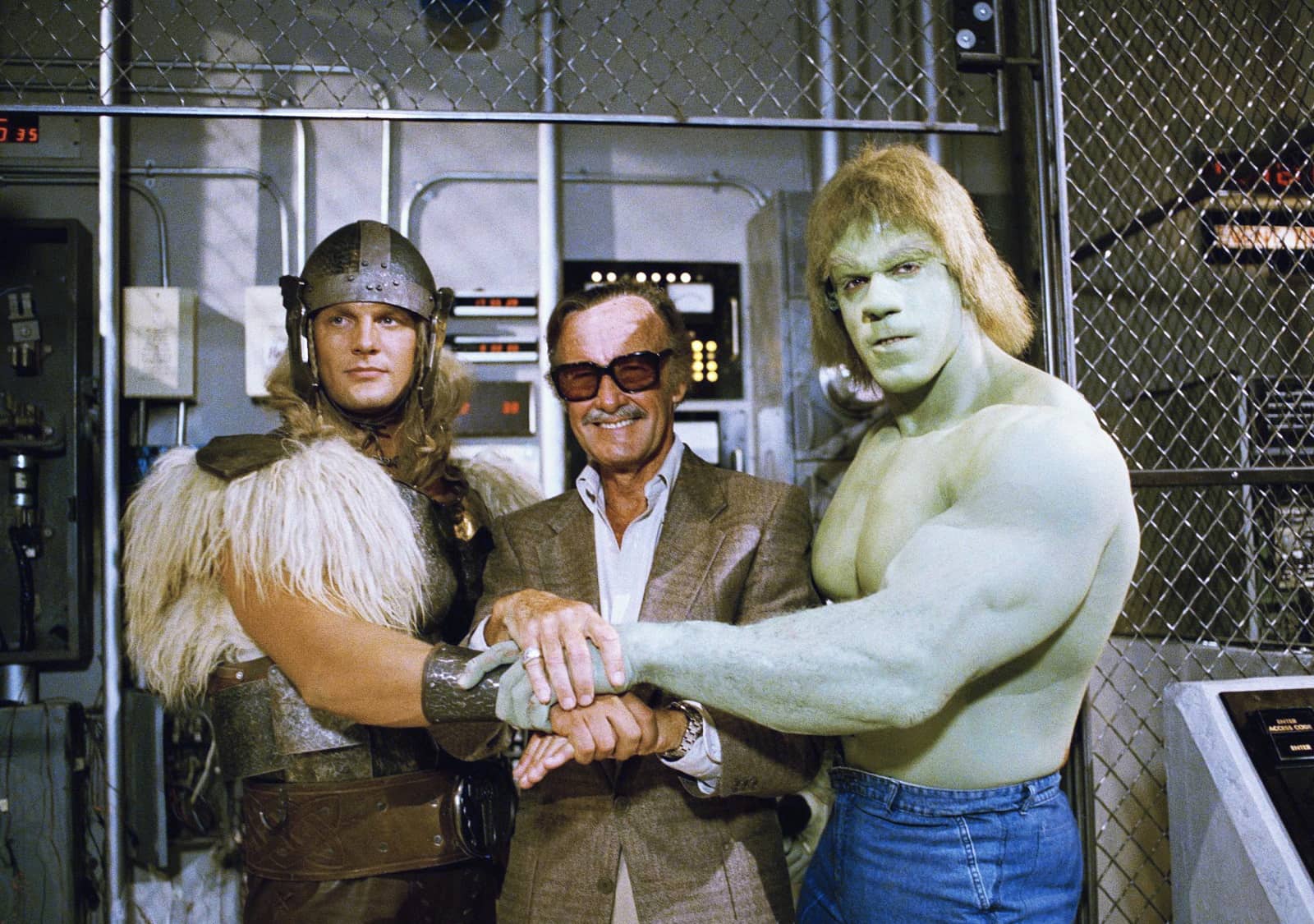 When Stan Lee left the day-to-day operations of Marvel Comics to go to Hollywood in 1972, he promoted himself to the new role of “president and publisher”. It was the kind of title that allowed him to remain connected to the company even though his contributions to the actual comics being published were non-existent. Meanwhile, he could spend his time trying to make Marvel properties crossover to film & TV.

Stan Lee & Marvel’s Hollywood endeavors took a long time to reach the kind of success Marvel Comics had in its heyday. Depending on your age, you might remember the old Marvel cartoons & TV shows – they certainly made a mark in pop culture, but they were no MCU, right? Stan Lee knew it, reportedly expressing frustration & dissatisfaction at how those early efforts didn’t exactly take the world by storm.

When Marvel finally became a big deal for mainstream audiences, when Blade & X-Men became blockbuster films, Stan Lee was pretty much out of the game – creatively speaking. Financially, he’d mostly cashed out too: in 1998, Lee gave up his remaining rights in Marvel properties in exchange for a six-figure retainer and a share of film & TV profits.

Regardless of his exact creative role in Marvel Comics, Stan Lee had a net worth of $50 million by the time he died in 2018. Do you think he earned it? Let us know in the comments!