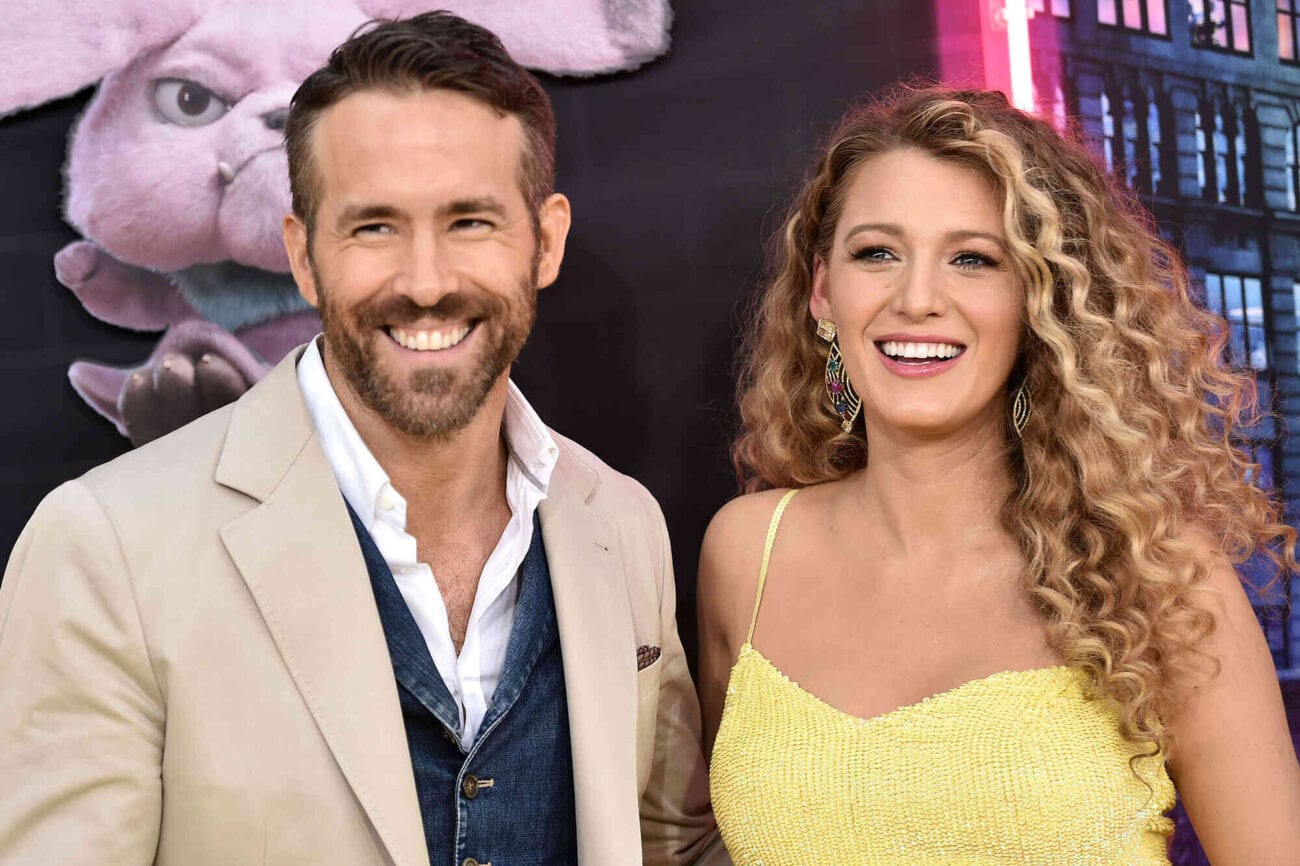 The relationship between Blake Lively & Ryan Reynolds reminds the world that true love really does exist. They’ve proven their genuine love for each other so many times in front of the public that there’s no way they wouldn’t be considered a favorite Hollywood couple. Some of the guys Lively dated before Reynolds include Leonardo DiCaprio, Ryan Gosling, and her Gossip Girl co-star Penn Badgley.

Some of the women Reynolds dated before Lively include Melissa Joan Hart, Scarlett Johansson, and Charlize Theron. Since none of those prior relationships with some of Hollywood’s hottest A-listers worked out, it’s clear they belong together. Blake Lively & Ryan Reynolds have been going strong since 2011, meaning in 2021, they’ve amassed a decade of cute moments.

They’re a powerhouse couple with successful individual careers, so they’re always capable of lifting each other up with support. These are the times we swooned over their romance. 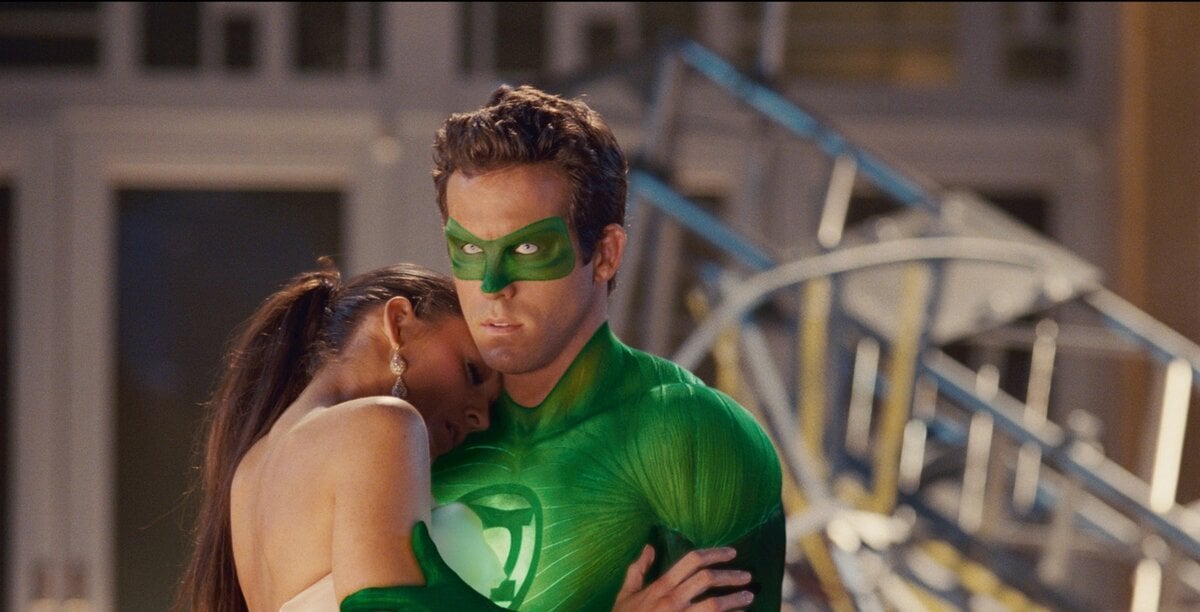 Their first movie role together

Green Lantern was a 2011 box office flop, but some good came from the failed superhero movie. This is the movie set where Blake Lively & Ryan Reynolds met and totally fell for each other. Had they both not signed on and agreed to star in this movie, who knows if they would’ve ever fallen in love. Falling in love on the set of the cringe-worthy film was just the beginning for these two lovebirds. 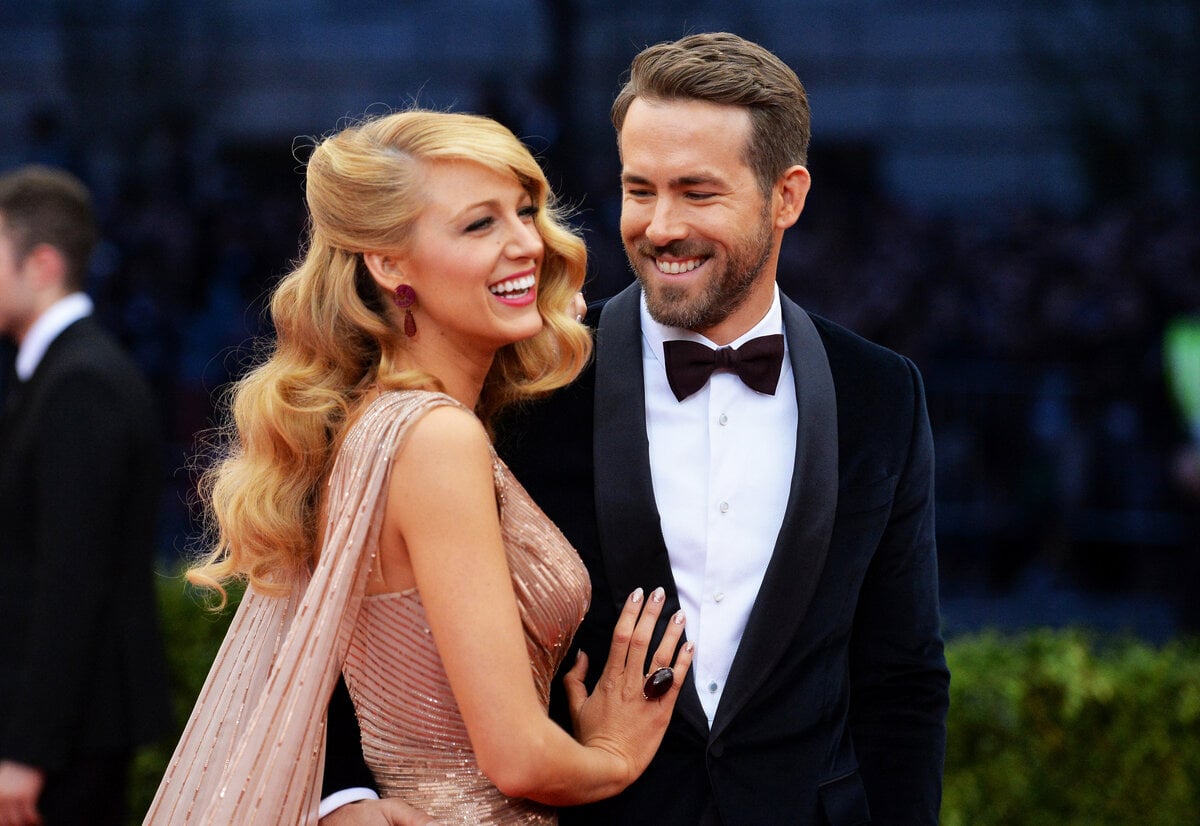 Every single time Blake Lively & Ryan Reynolds hit a red carpet together, they look absolutely amazing. His charming & attractive looks paired with her stunning & glamorous appeal are pure gold for photographers. They pose together so naturally & effortlessly. Seeing Blake Lively & Ryan Reynolds on a red carpet together would cause just about anyone to become totally starstruck.

Some of their unforgettable red carpet appearances as a couple include the 2014 Met Gala, the 2017 Golden Globes, and the 2019 movie premiere of Detective Pikachu where she donned her prominent baby bump in a pale yellow gown. 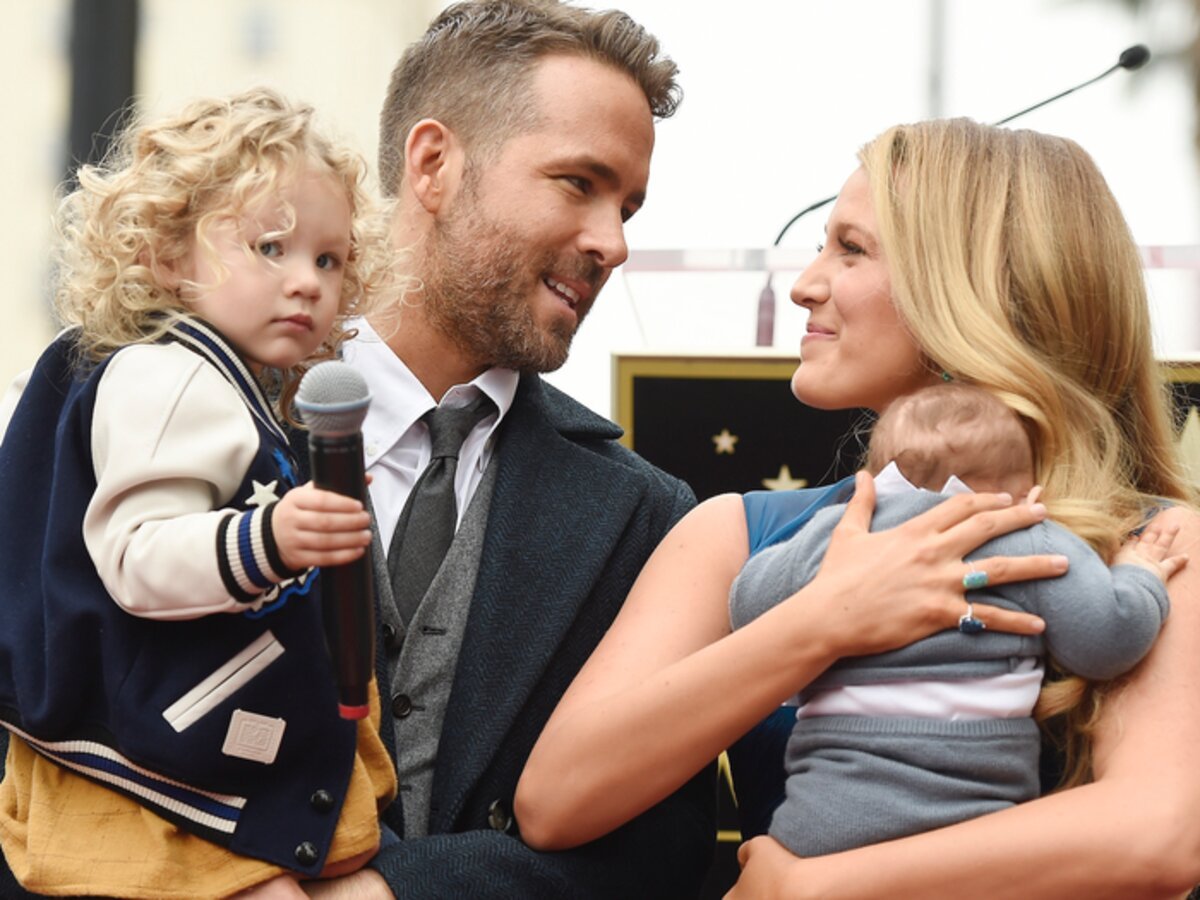 Blake Lively & Ryan Reynolds share three precious daughters together named James, Inez, and Betty. They’re handling this parenting thing like champs since it seems they prioritize family life above all else. All the pictures that have been captured of Lively & Reynolds with their little ones are filled with pure happiness . . . total cuteness overload. Parenting isn’t easy, but for these two, they make it look like a cakewalk. 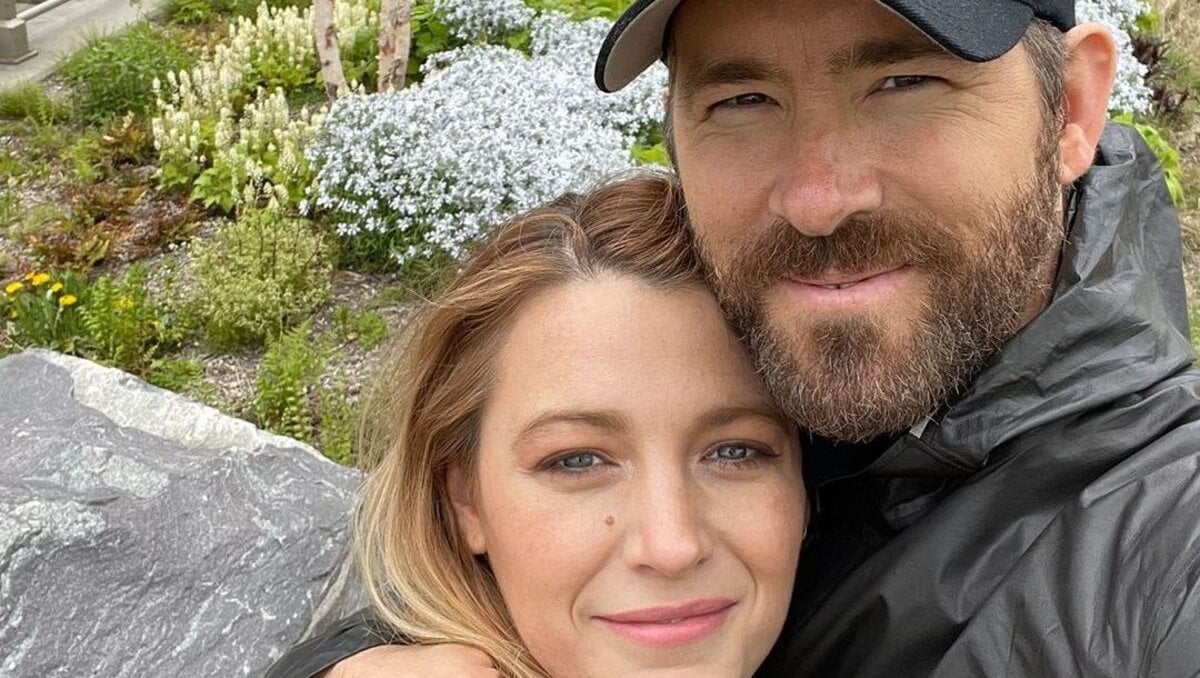 Blake Lively & Ryan Reynolds are noxious for posting hilarious messages about each other on social media. They troll each other in a way that proves they have the best sense of humor with each other. On Mother’s Day 2021, he posted a message that started off sweet and ended up getting a bit edgier.

He wrote, “It can’t be said enough . . . you’re the heart and soul of every moment this family shares. I’m grateful for the light and for the kindness you smuggle into each and every second of our lives. I see you in the eyes of our children . . . Every laugh. Every blink and every thoughtful moment of vulnerability. The tender grit it takes to be a mother in 2021 is an act of pure strength and heroism.” 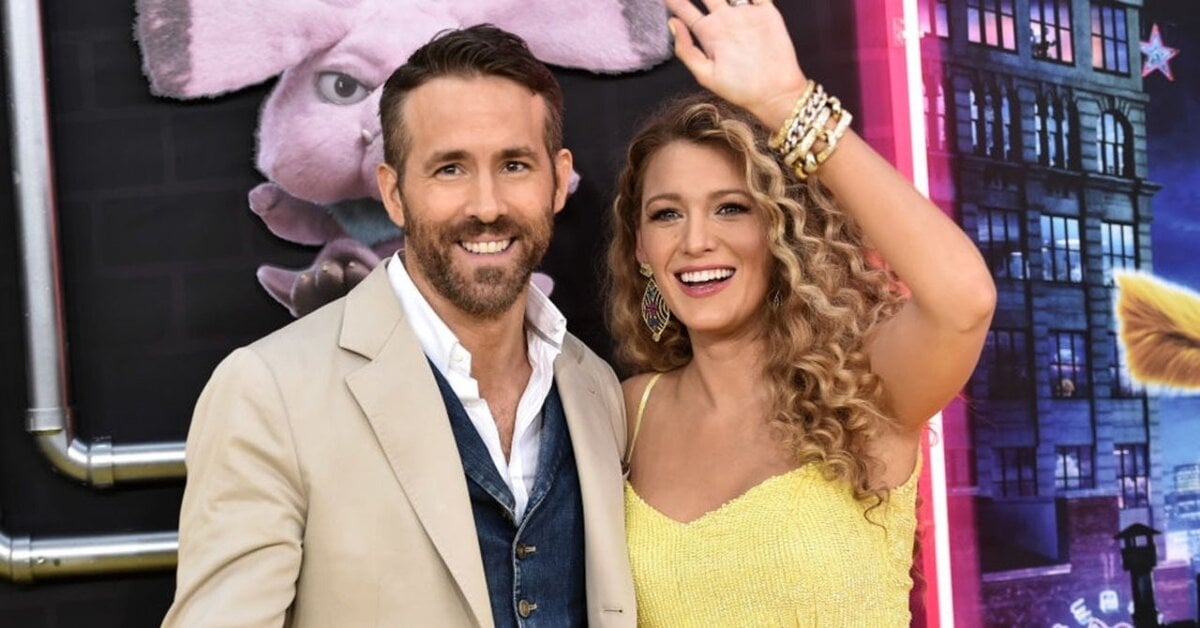 Then he added, “Never could I have predicted anonymous airport bathroom sex would lead to this,” he continued. “Or how you’d hire Dog The Bounty Hunter to find me. Either way, I’m lucky to reflect a little of the sunlight you shine on all of us. Happy Mother’s Day, my love.”

His choice to drop in the detail about airport bathroom sex could easily be nothing more than a joke, but who knows with these two?! The long history of Lively & Reynolds trolling each other playfully on social media has gone on forever and hopefully doesn’t stop any time soon.