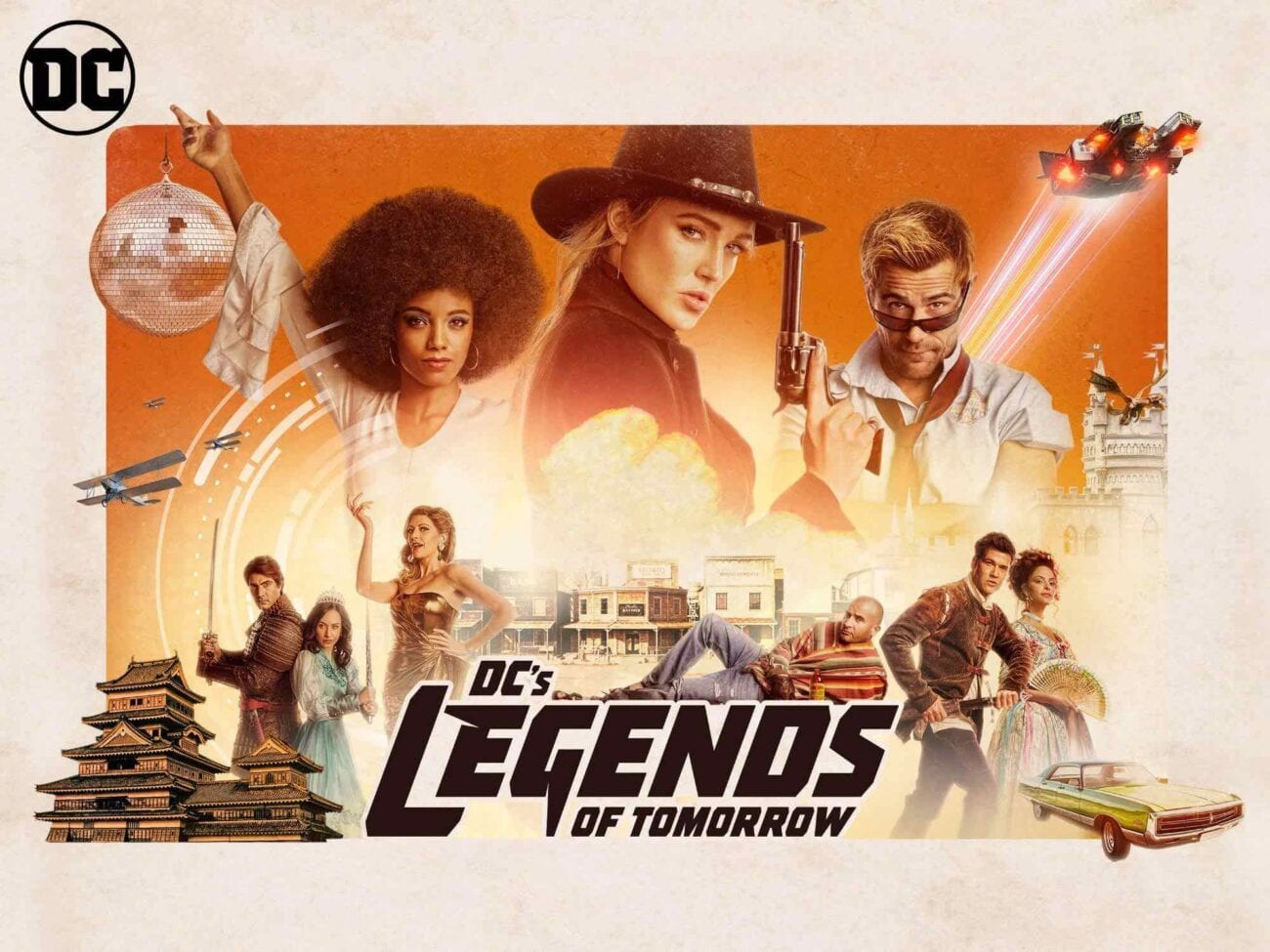 Legends of Tomorrow is the superhero series everyone should be watching, but no one really is. Yes, it is frustrating as all get out. The series, focusing on the misfit heroes of the Arrowverse, is full of fun, wonder, and heartbreaking moments. Legends of Tomorrow goes for the weirdest and most wonderful stories, but will also be the show that reminds you of a power of found families.

Legends of Tomorrow season five began on the heels of the “Crisis on Infinite Earths” mega-crossover event. The fifth season has been about hellos and goodbyes, love and trust, fate, and free will. With the season finale airing on Tuesday, June 2, here’s a brief season five recap of everything that went down. 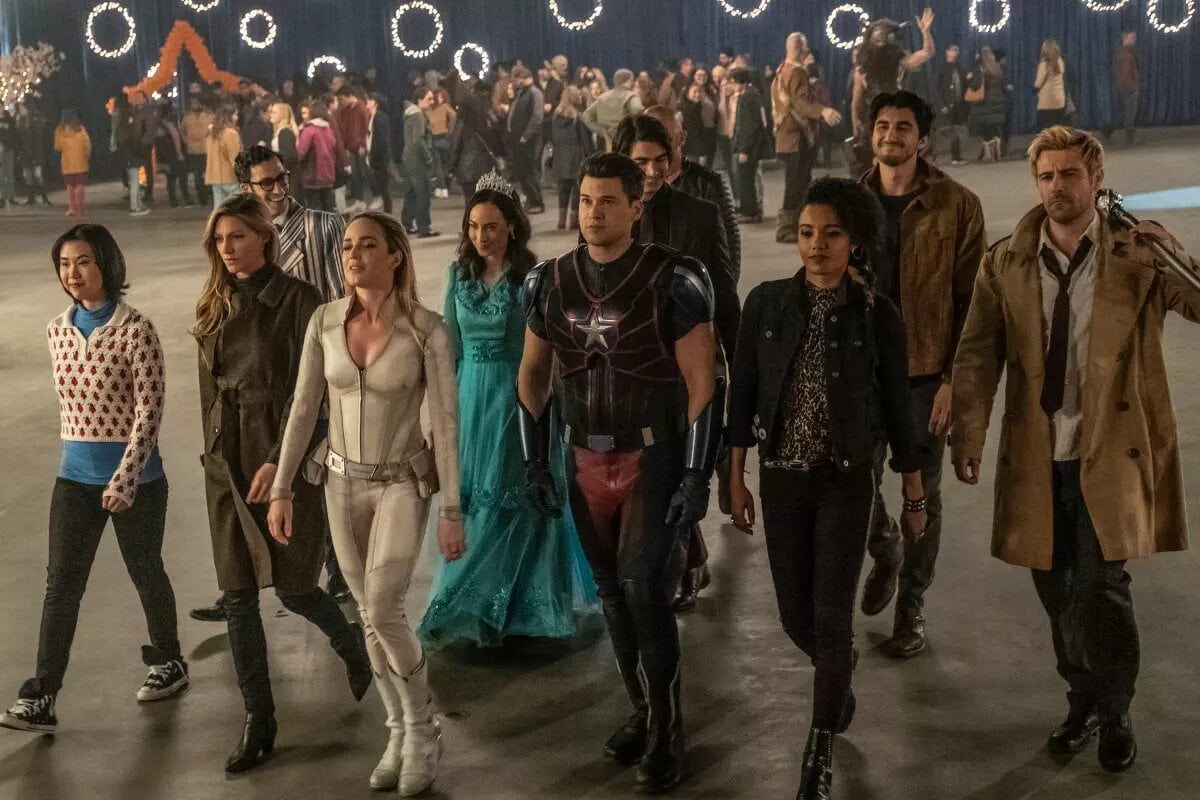 Legends of Tomorrow season five, the first part of it, saw the introduction of the Encores. At the end of season four, Astra Logue (Olivia Swann) stole the soul coins of the greatest villains from history. She then scattered them throughout the timeline, usually after their deaths, and the Legends have been going through to beat them.

Of course, the Encores aren’t the only encores that are being dealt with. With the major changes to her timeline at the end of season four, Zari (Tala Ashe) has been replaced by her brother Behrad (Shayan Sobhian) abroad the Waverider. Nate (Nick Zano), her boyfriend, found the message that she stashed abroad and set about finding her. 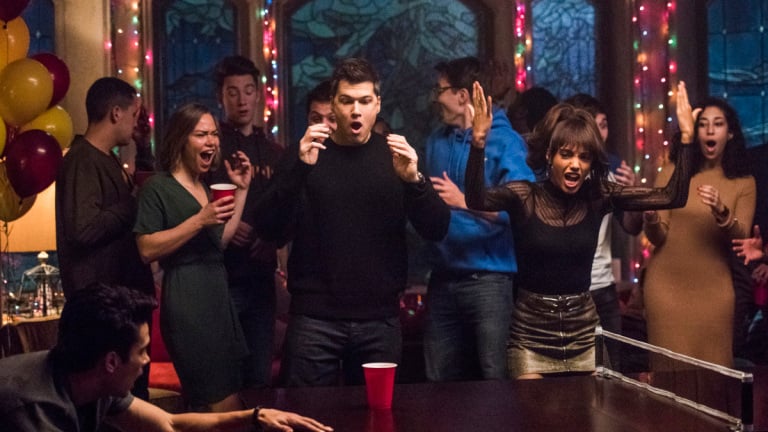 The new timeline Zari, however, is a social media influencer, who joins the Legends after her brand kind of crashes and burns. She wants to spend time with Behrad and figure herself out. Nate, meanwhile, gets a little creepy because of the Princess Leia “help me, Nate-wan Kenobi” message. Either way, no one aboard the ship realized what happened to Zari until Zari 2.0 got memories of Zari 1.0.

While meeting her alternate self from another timeline in the Air Totem, Behrad gets killed by Fate. Quite literally. Let’s talk about that. 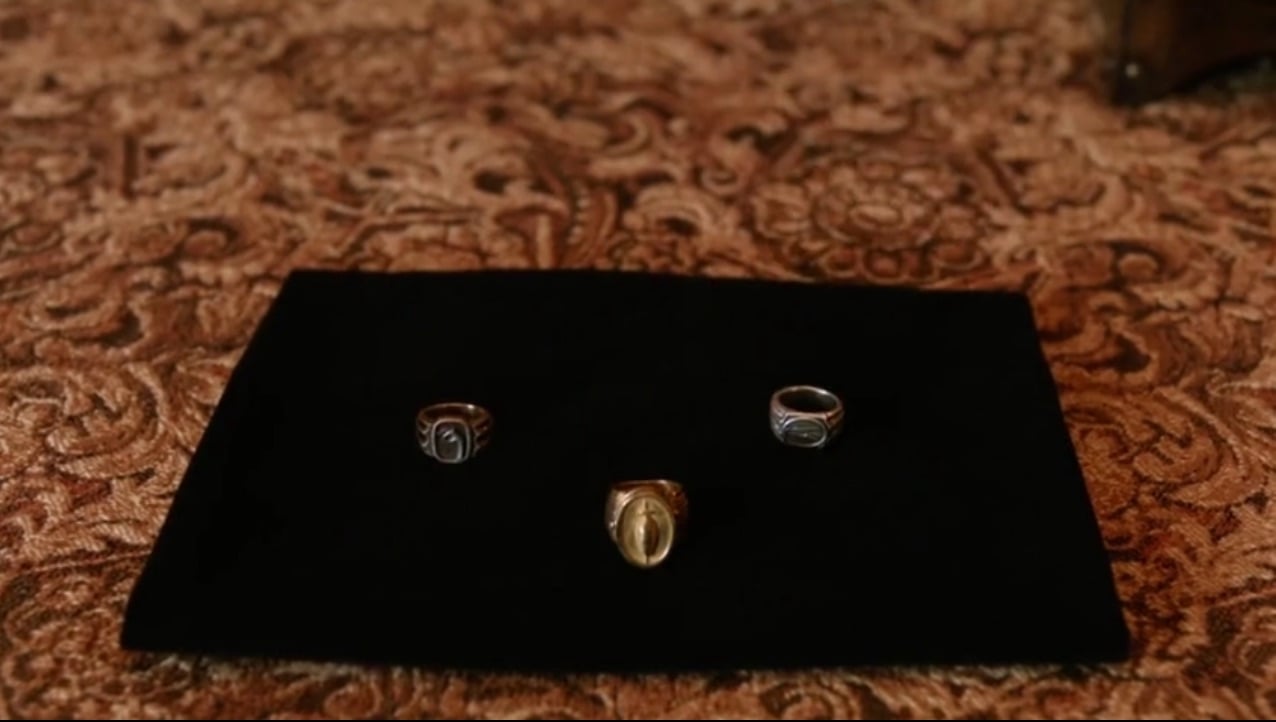 There were some Crisis consequences that the Legends face in season five. The biggest one has to do with the Loom of Fate. It turns out that everyone’s fave punk rock shapeshifter Charlie (Maisie Richardson-Sellers) is actually Clotho of the Fates. She stole the three pieces of the Loom and scattered them across the multiverse. With everything condensed onto Earth-Prime, they’re on the same Earth.

Charlie wants to keep the Loom broken, but John Constantine (Matt Ryan) wanting to fix his greatest mistake with Astra convinces her to let him unite the Loom. The plan is to unite it and bring back Astra’s mom, making sure Astra never ends up in Hell in the process. Of course, news of the Loom gets back to Charlie’s sisters Lachesis (Sarah Strange), who resides in Hell creating soul coins, and Atropos (Joanna Vanderham), who has a Terminator focus in killing things.

With Lachesis and Atropos both aiming for the Loom, the Legends desperately scramble to unite them. Atropos killed Behrad with Zari vowing to bring her brother back with the Loom. And it worked! Mostly. At the very least, the Legends retrieved all three pieces of the Loom of Fate, but you have to be immortal to work it. 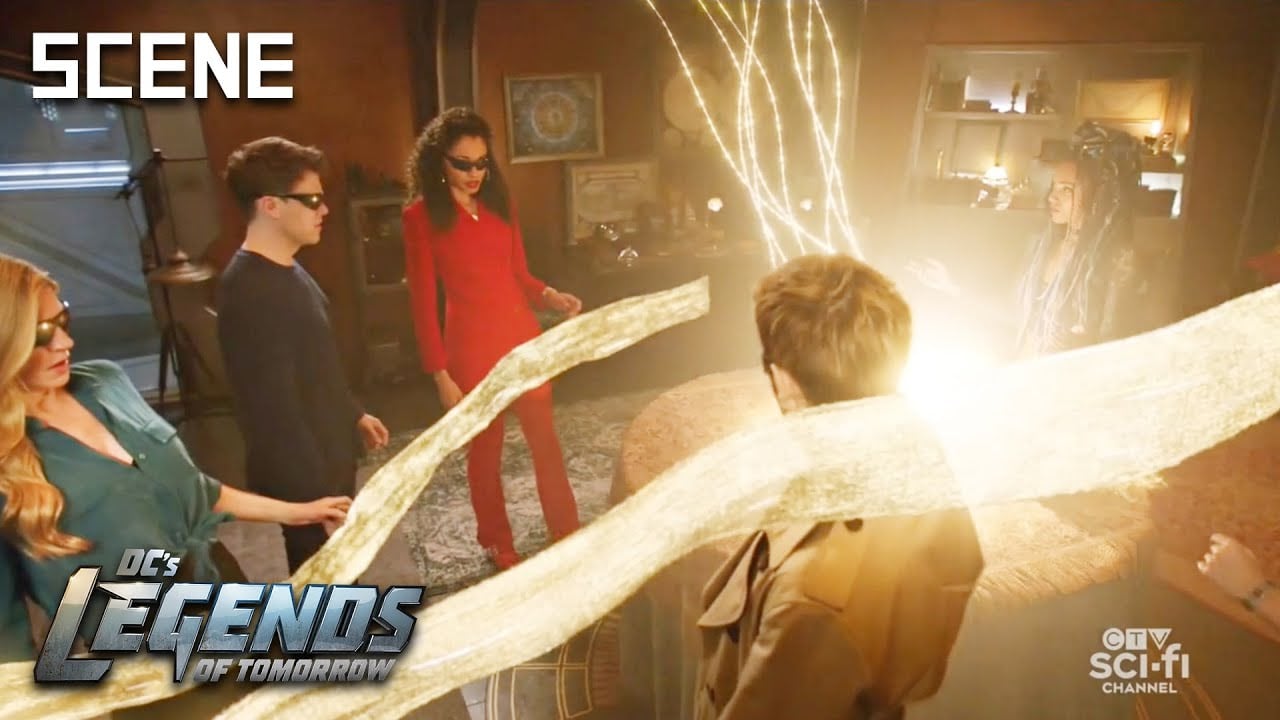 A pitstop to get the Chalice of Dionysus (Drew Ray Tanner) later, the Legends were immortal for a day. Lachesis, however, had a favor over Astra that she called in. The Legends were stranded and the Fates were abroad the Waverider with only Gary (Adam Tsekhman) as the last line of defense. That and Astra’s shiny new conscience.

It didn’t work though. The Fates were able to run out the Legends immortality by using a sudden zombie apocalypse. Charlie, trying to protect her friends, returned to her sisters. The Loom was used and Loomworld was created where nothing is a surprise and everything is planned by the Fates.

The Legends, meanwhile, are placed into Fate propaganda TV shows: Ultimate Buds, Highcastle Abbey, Star Trip, and Mr. Parker’s Cul de Sac. Zari 1.0 possessed Zari 2.0 and tried to round up her friends to fight against fate with Gary and Mona (Ramona Young) helping from the outside, but . . . it didn’t really help. Charlie tried to keep her friends in their series, but they cancelled and freed themselves.

Now they’re going to take on the Fates. 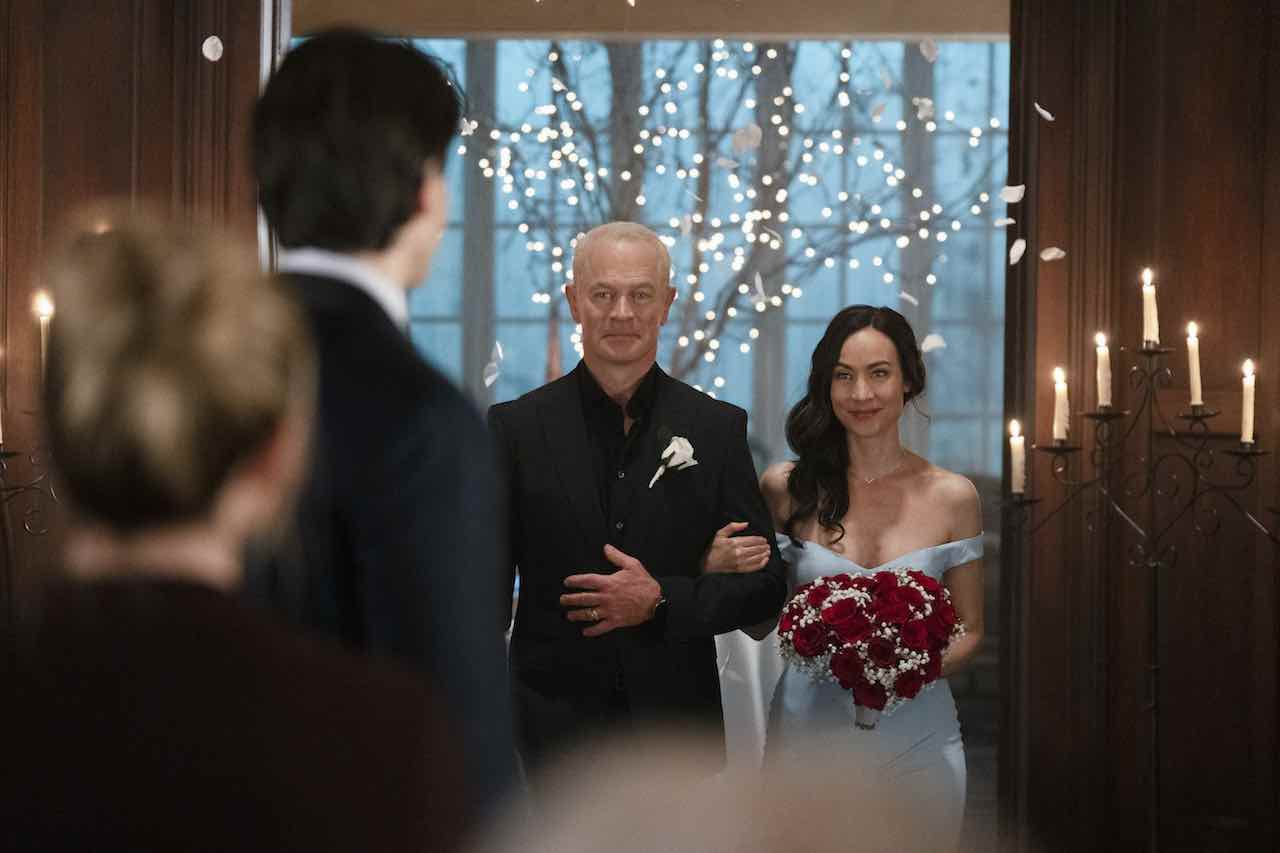 The biggest goodbye that the Legends said were to Ray Palmer (Brandon Routh) and Nora Dahrk (Courtney Ford), who officially got married and departed the Waverider to have their own happy ending. Nora even got to make peace with her father Damien (Neal McDonough), who killed himself with a Hell sword to erase existence after the party. Ah, Damien, always knowing how to kill a moment.

In 2004, Mick Rory (Dominic Purcell) hooked up with a high school flame at a reunion stalked by a killer. As it turns out? These actions led to Mick having a teenage daughter Lita (Mina Sundwall) in 2020. Their relationship was not the best, but after learning what her dad does? The two have been on a road to reconciliation.

Also John Constantine and Zari 2.0 hooked up. So there’s that weird love triangle to contend with. Ah Legends, even your love triangle are kind of bizarre.