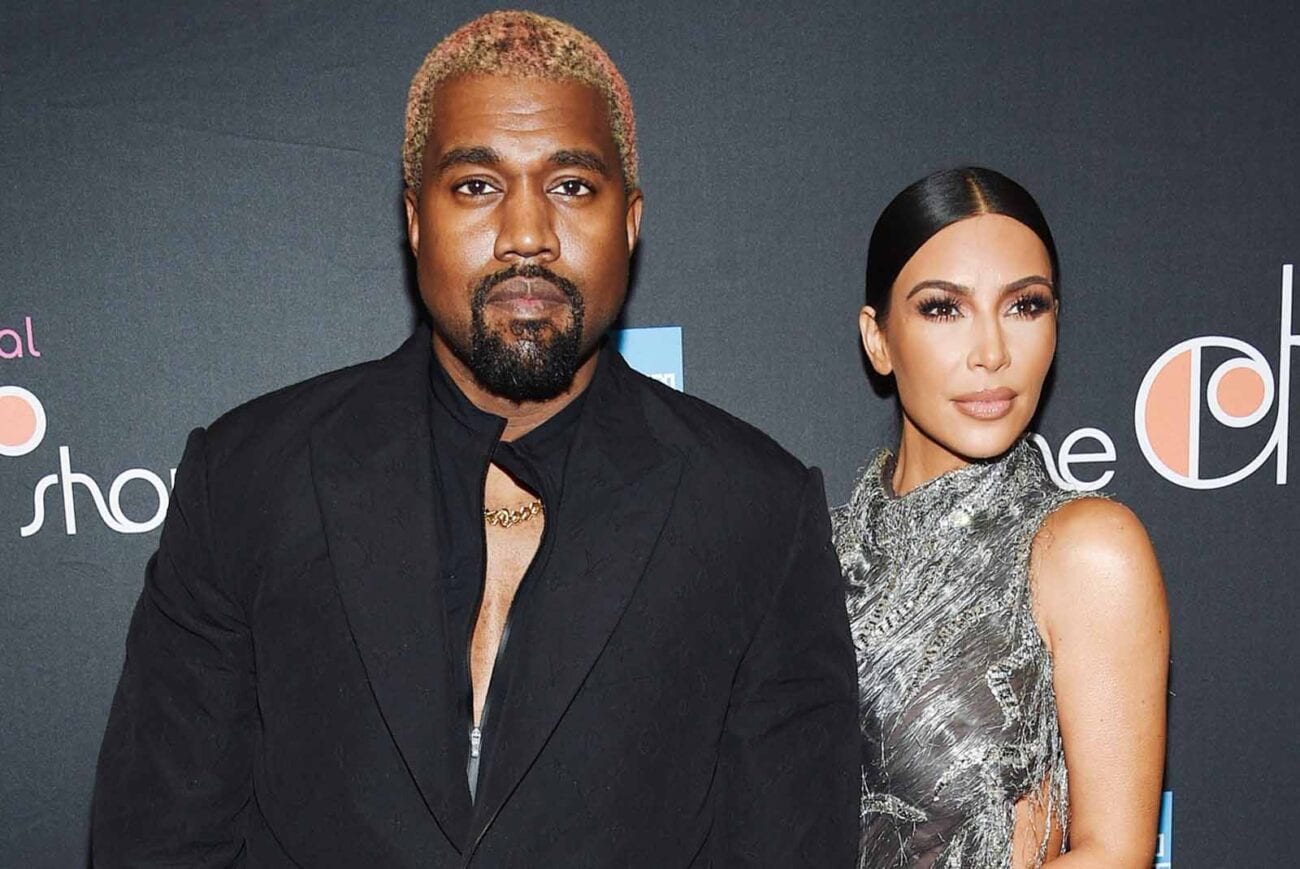 For days now, the internet has come to accept that Kim Kardashian & Kanye West are getting a divorce – despite the fact that neither has officially stated this nor have any of their representatives. While the internet has accepted the divorce as fact, there’s one rumor that not everyone has bought into just yet.

Some are claiming that Kanye West has been cheating on his Kardashian wife because he’s secretly gay, and therefore not actually in love with her. Some are now positing the idea that Kim has known this and is acting as Kanye’s beard. (Listen, four kids is a lot by today’s standards and it’d be a staggering amount for a couple that doesn’t even like each other.)

Here’s what we know about the whole situation – and a little bit of what we don’t know. 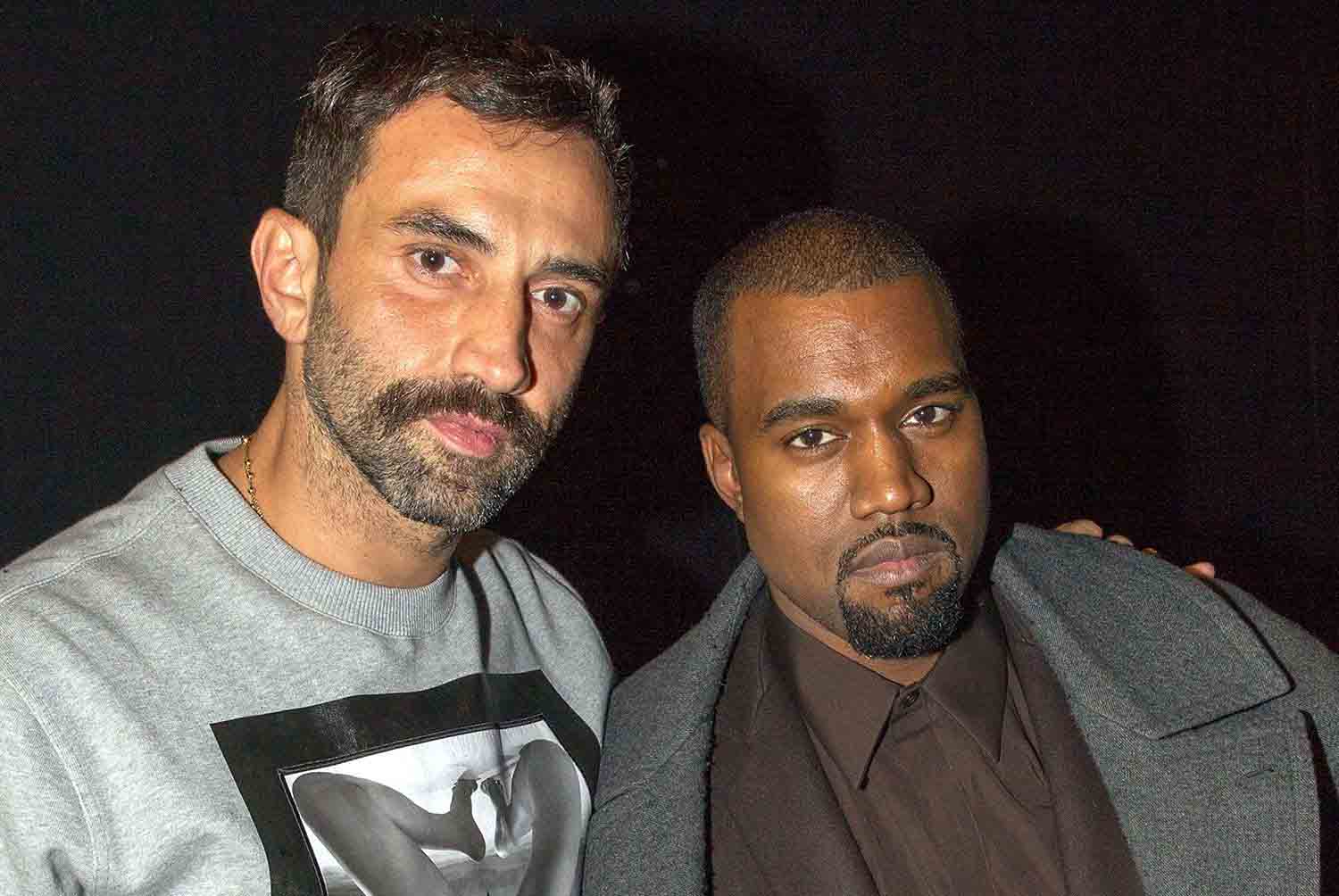 Source of the rumors

For anyone who doesn’t peruse the tabloid section of magazines at the grocery store, it may come as as surprise to hear that “Kanye West is gay” rumors didn’t start up in 2021 as divorce started to sound more imminent for the rapper. In fact, the rumors of Kanye preferring men started before Kim and Kanye were even married.

The first instance we know of occurred in 2009 on South Park – Kanye West was parodied as “a homosexual fish”. A year later the rumor mill really started producing when West met a young college student while shopping and offered him a job as part of his fashion team shortly after – some thought this was strange & interesting.

Then when Kim Kardashian became pregnant with their first child and the two weren’t yet married, more rumors were sparked. Kanye West was living in France for most of Kim’s pregnancy. West was working closely with designer Riccardo Tisci – a man who is publicly out. When Tisci put the Kardashian in what many thought was an absolutely hideous dress for the couple’s Met Gala debut, tabloids called it an act of jealousy on the designer’s part. 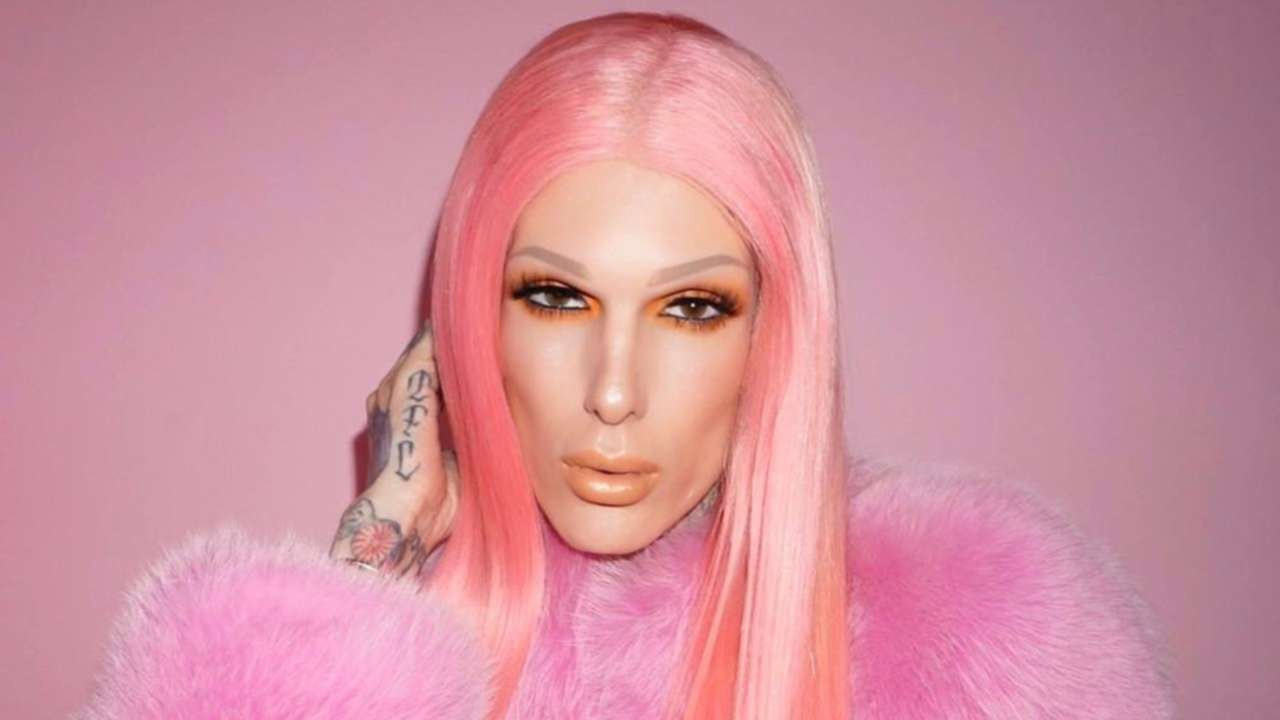 The most recent rumor has been that Kanye West is secretly dating the controversial YouTube beauty guru Jeffree Star. Star has since come forward on multiple social medias laughing at the rumors & jokes. In a YouTube video Star says he’s never even met the rapper.

The Jeffree Star rumor appears to have started on TikTok. A girl claimed that everyone knows West has been dating a “very famous . . . male beauty guru”. She doesn’t specifically mention Star, nor does she say how she came upon this supposed information. Twitter found the video and took it to the next level. 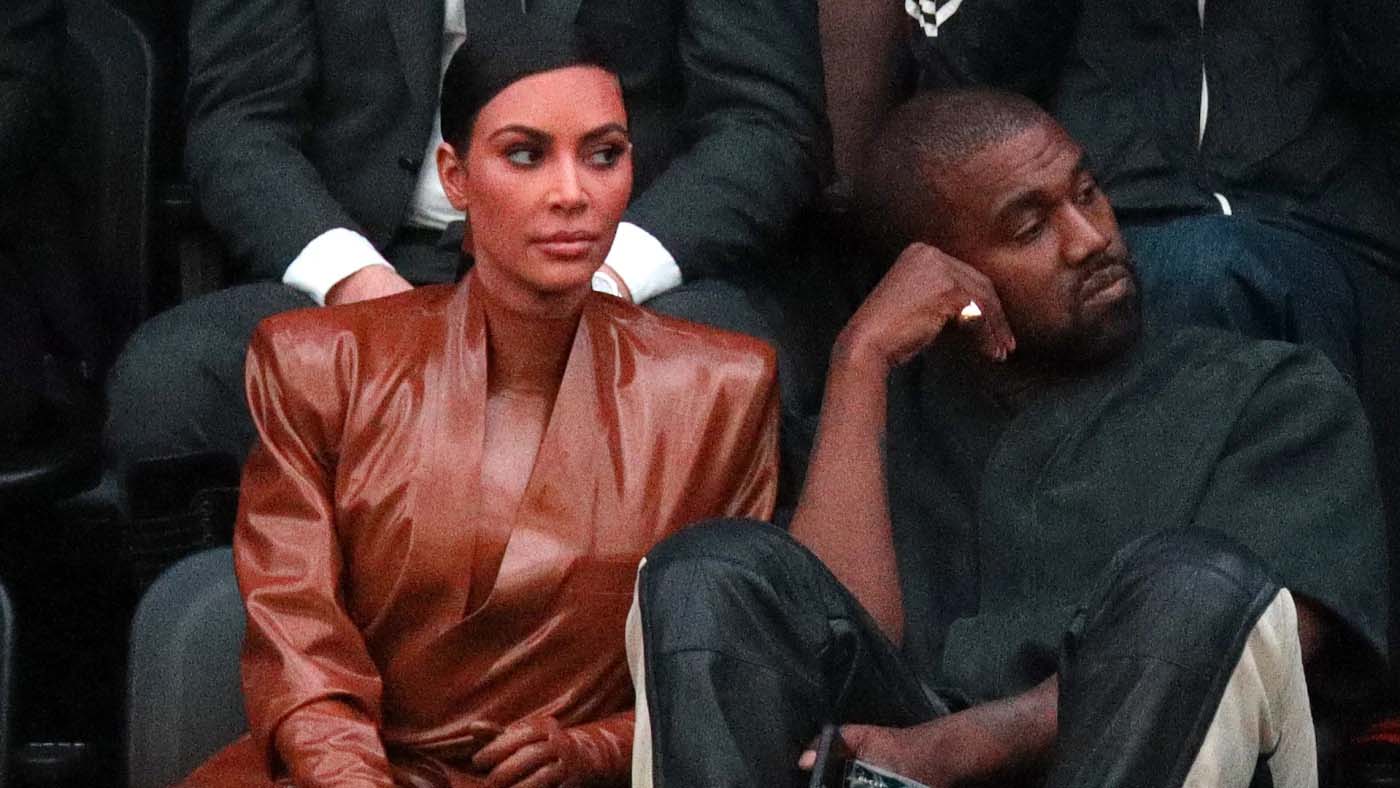 Kim Kardashian & Kanye West got married in the spring of 2014, so the couple is only a few months shy of their seventh anniversary. It’s impossible to know what their married life is like behind closed doors, but what people have seen online has had people scratching their heads for years.

Kardashian & West rarely seem happy together, whether it’s on the sidelines of a basketball game or a posed red carpet photo fans have wondered for years how happy the marriage really is since the two always seem to act cold when they’re together. Again, this could just be the rumor mill stirring up trouble. 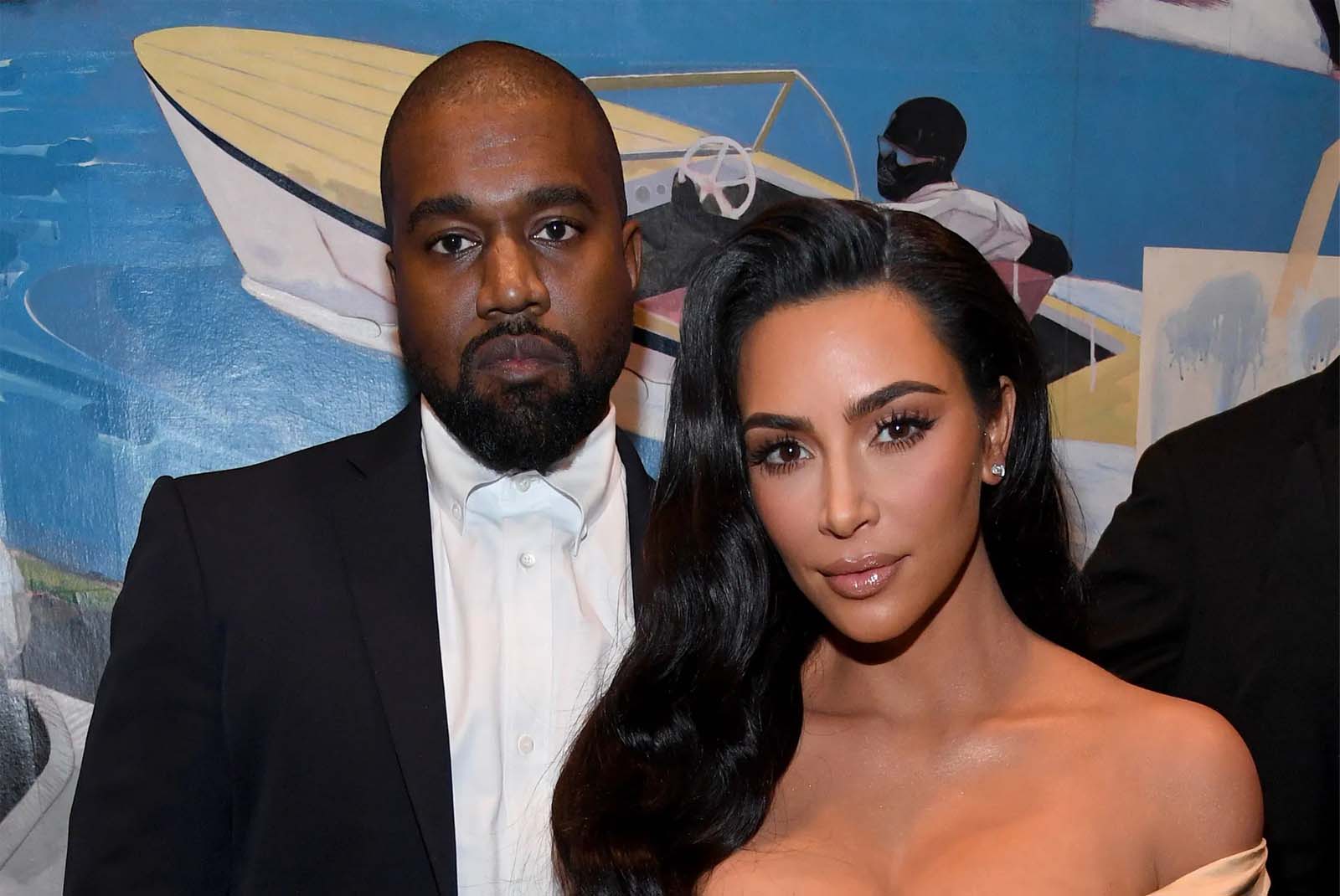 However, in 2020 the couple seemed unable to keep their turbulence behind closed doors. It looked as if it was leaking into their public personas. West announced he was running for president on the Fourth of July and Kardashian merely retweeted it – she never endorsed him. Later after a “rally” Kanye West held Kim Kardashian opened up on Twitter about her husband’s struggling mental health and how he’d turned down getting help.

Kanye West went to Twitter and said his own piece, making a number of outlandish claims including that Kim Kardashian and her family was trying to get him locked up, and likening his situation to the movie Get Out. Rumors have also stated the couple didn’t spend the holiday season together, and that West didn’t attend Kim’s birthday bash.

It’s being said that West is staying at the couple’s ranch while Kim is living in LA. According to the website Complex, Kim Kardashian has hired a famous celebrity divorce attorney named Laura Wasser.