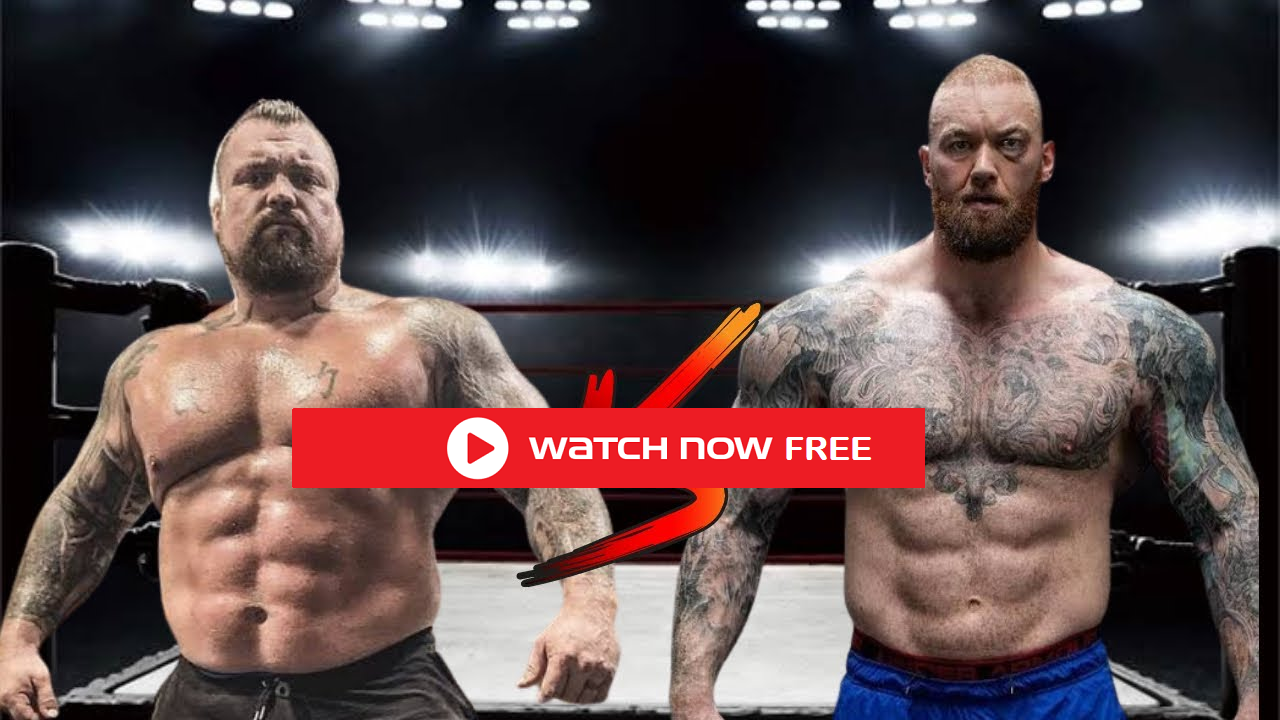 Eddie Hall vs Hafthor Bjornsson will take place on Saturday, March 19. Bjornsson and Hall are scheduled to fight inside the Dubai Duty-Free Tennis Stadium in the United Arab Emirates. The stadium can hold about 5,000-6,000 fans.

Billed as “The Heaviest Boxing Match in History,” both men initially agreed on this fight after Björnsson broke Hall’s all-time deadlift world record by one kilogram — Björnsson pulled 501 kilograms (1,104 pounds) on the initial episode of World Ultimate Strongman’s “Feats of Strength” series. Hall still disputes the legitimacy of Björnsson’s deadlift because it wasn’t performed in the competition. 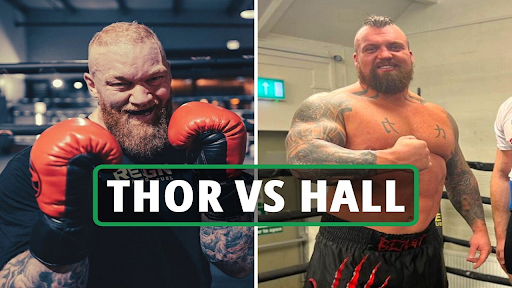 Björnsson challenged Hall to the fight within minutes of pulling the massive weight, and Hall accepted less than one hour later. The fight was initially set for  September 2021, but Hall injured his left biceps during a sparring session, resulting in the fight’s rescheduling for March 2022.

As recently as one week before the highly anticipated bout, unsubstantiated rumors spread that the fight would be canceled again. At the time of this article’s publication, promoter Don Idrees confirmed to BarBend that the fight is on and will be live-streamed for free to everyone who wishes to watch.

What time does Hafthor Bjornsson vs. Eddie Hall start?

Bjornsson will face off against Hall on March 19. Both men will make their way to the ring around 4:30 p.m. ET. No other bouts will be televised.

How to Watch Hall vs Björnsson Live Stream Free 2022 Fight 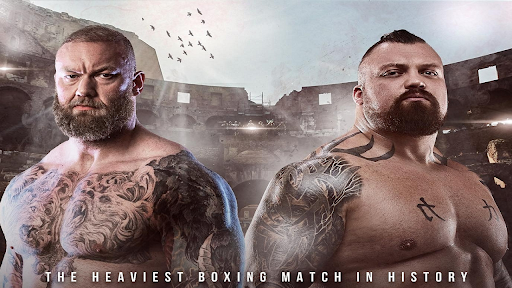 registration or subscription is required to watch the fight. The matchup between Björnsson and Hall will be the only event on the card that day. There is also a series called Road to the Ring, a six-episode look at the leadup to the big fight between the two strongman legends, available to view for free.

Hafthor Bjornsson vs. Eddie Hall Details of the Fight

The fight will consist of six three-minute rounds. Both combatants will wear 12-ounce gloves, and there will be one referee to control the action. Three judges will score the fight in case it goes the distance, meaning neither boxer scores a knockout.

Aside from personal bragging rights, there is a side wager between the Hall and Björnsson. After an original challenge whereby the loser would donate $100,000 to the charity of the winner’s choice, both men agreed to donate $200,000 of their respective purses. Björnsson also challenged Hall to a tattoo wager, where the loser of the bout must get a permanent tattoo of the winner’s name. The respective tattoos must read as described below:

Where the tattoo would go on the loser’s body was not confirmed, though Hall, who may or may not have been joking, said in a YouTube video that it would go on Björnsson’s butt cheek should Hall win. 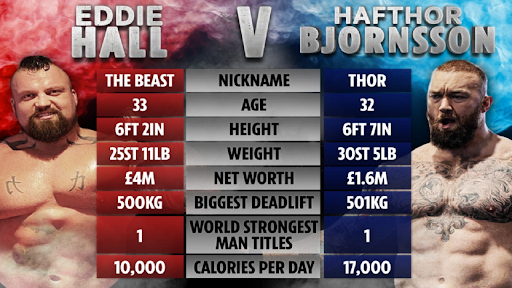 After 2 years of waiting, the fight is now scheduled. The fight has created its hype as the two World Strongest Man winners will meet each other this weekend. At first, the fight was postponed until the last September as Hall suffered from a detached bicep. Moreover, Eddie Hall has won the World Strongest Man (WSM) in 2017 and Bjornsson has won WSM in 2018.

So, the fight is also famous as the Heaviest Fight of the Boxing world. The fight has its hype over the globe as people are eager to see these two coming in front of each other. Moreover, the tattoo challenge has made this fight more interesting as it is decided that loser will get the name tattoo of the winner’s name.

Who is Hafthor Bjornsson?

Born in Iceland, Bjornsson was a center for several Division I basketball teams. He even played on the Icelandic National Team in 2006. By 2010, however, Bjornsson discovered that he could transition to competing as a strongman. 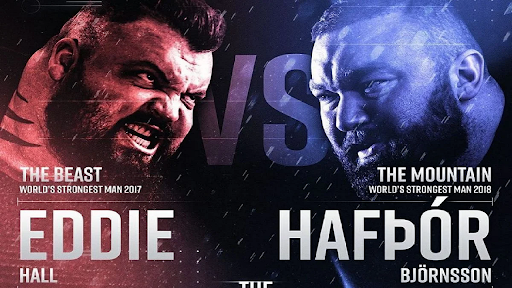 Things kicked into high gear when he won the Arnold Strongman Classic three years in a row, Europe’s Strongest Man five times, and Giants Live four times. He became only the second person to win the Arnold Classic three times. In 2015, Bjornsson broke a 1,000-year-old record by carrying a 33-foot, 1,430-pound log for five steps.

In 2020, Bjornsson deadlifted 1,105 pounds at his gym in Iceland. That broke the record set by Eddie Hall in 2016, and Hall has since disputed the record due to the location it took place in.