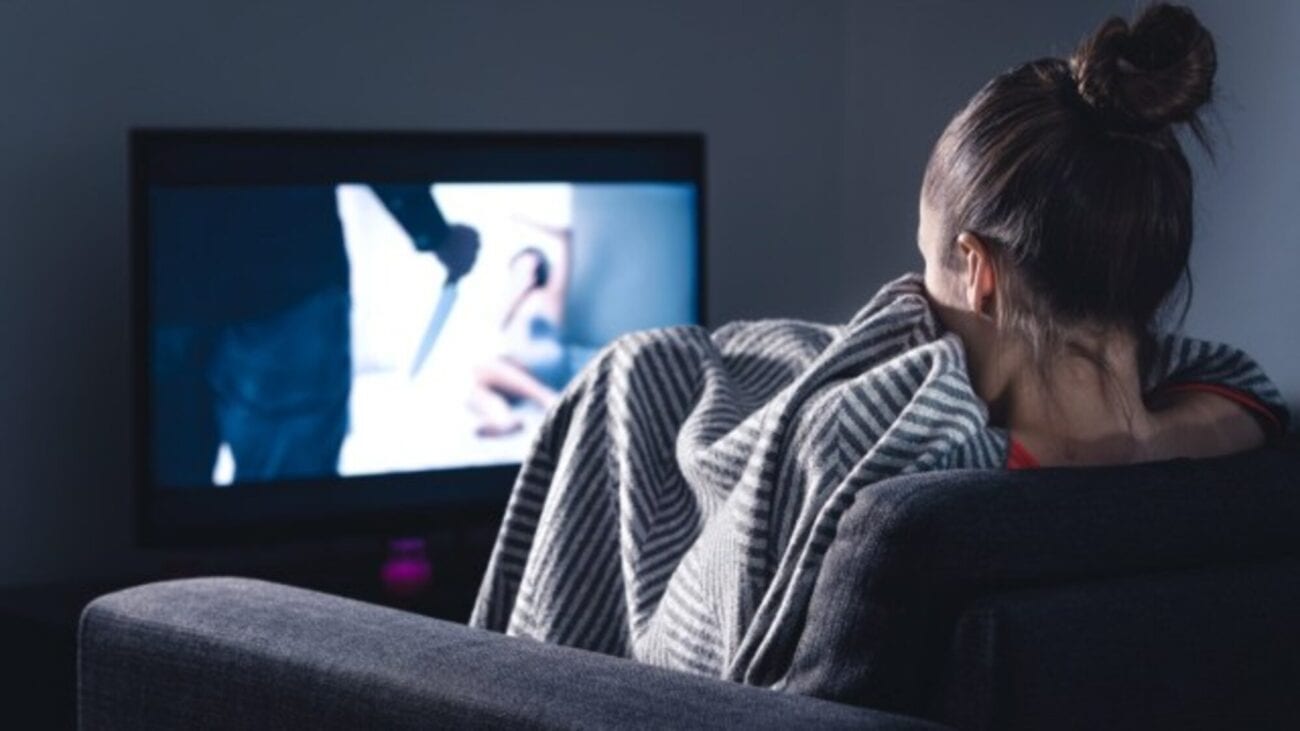 Looking for the best new horror movies? Here are our favorites

Despite COVID-19 and the restrictions imposed on multiplexes, independent cinemas, and moviegoers on a global scale, horror will always find a way into your home.

Although 2020 may not have been a banner year for the genre, streaming services like Netflix, Amazon, and Shudder have stepped up and delivered their fair share of chills. Below we’ve selected five of our favorite (and creepiest) new horror movies which you can enjoy from the safety of your living room. 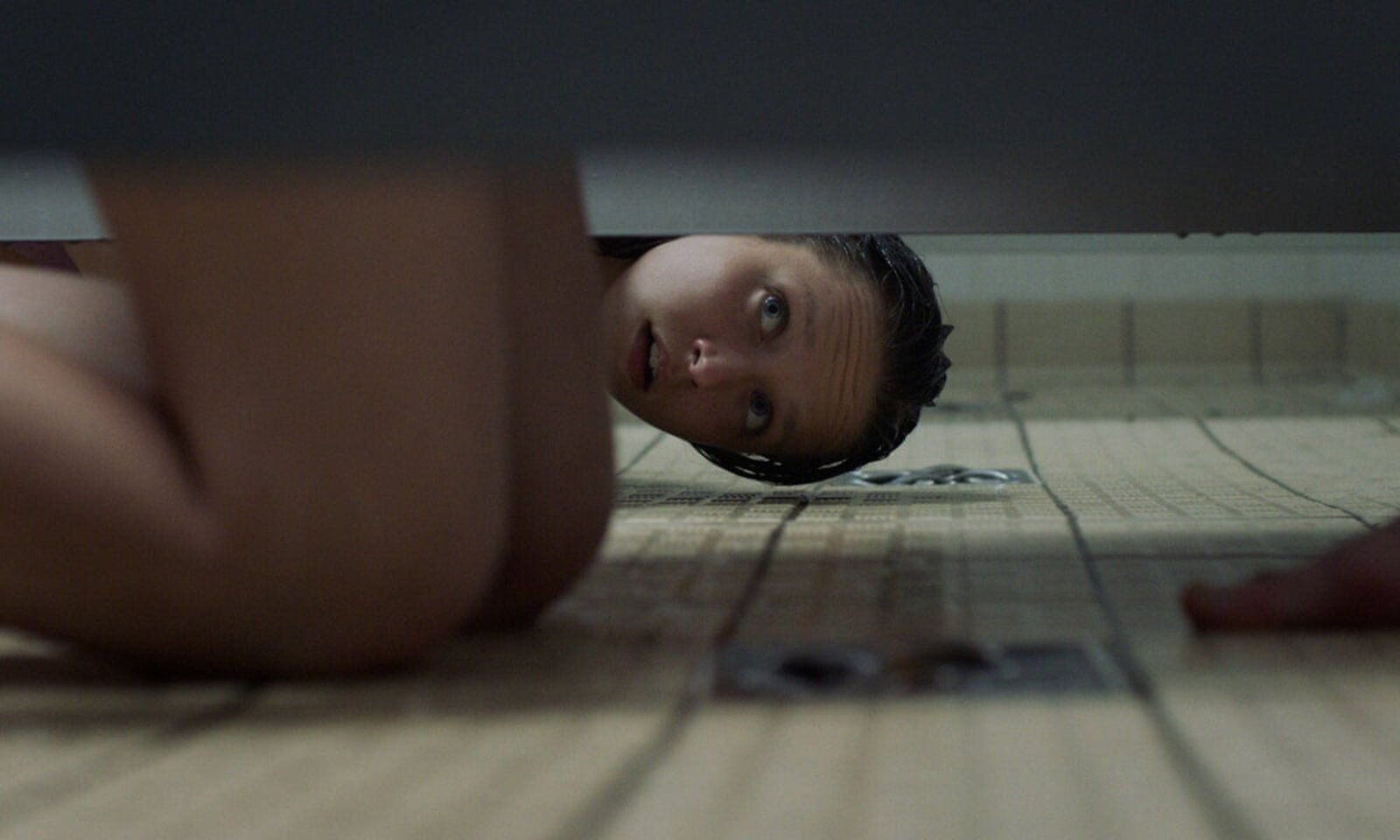 Make Up is the assured and creepy debut from writer/director Clare Oakley. It unfolds like a potboiler with a dreamlike aesthetic reminiscent of (a very British) David Lynch and a script that recalls Hitchcock at his most salaciously sinister.

Molly Gordon’s Ruth frequents the dreary & desolate caravan park where her dubious boyfriend Tom (Joseph Quinn) works the offseason. A sapphic obsession with a local stylist and visions of a woman who may (or may not) have been murdered adds to the suspense.

Windsor is excellent as a young woman who never seems far from unraveling psychologically and the film has visceral shades of Andrea Arnold at her most insidiously human with an emphasis on character-driven horror. 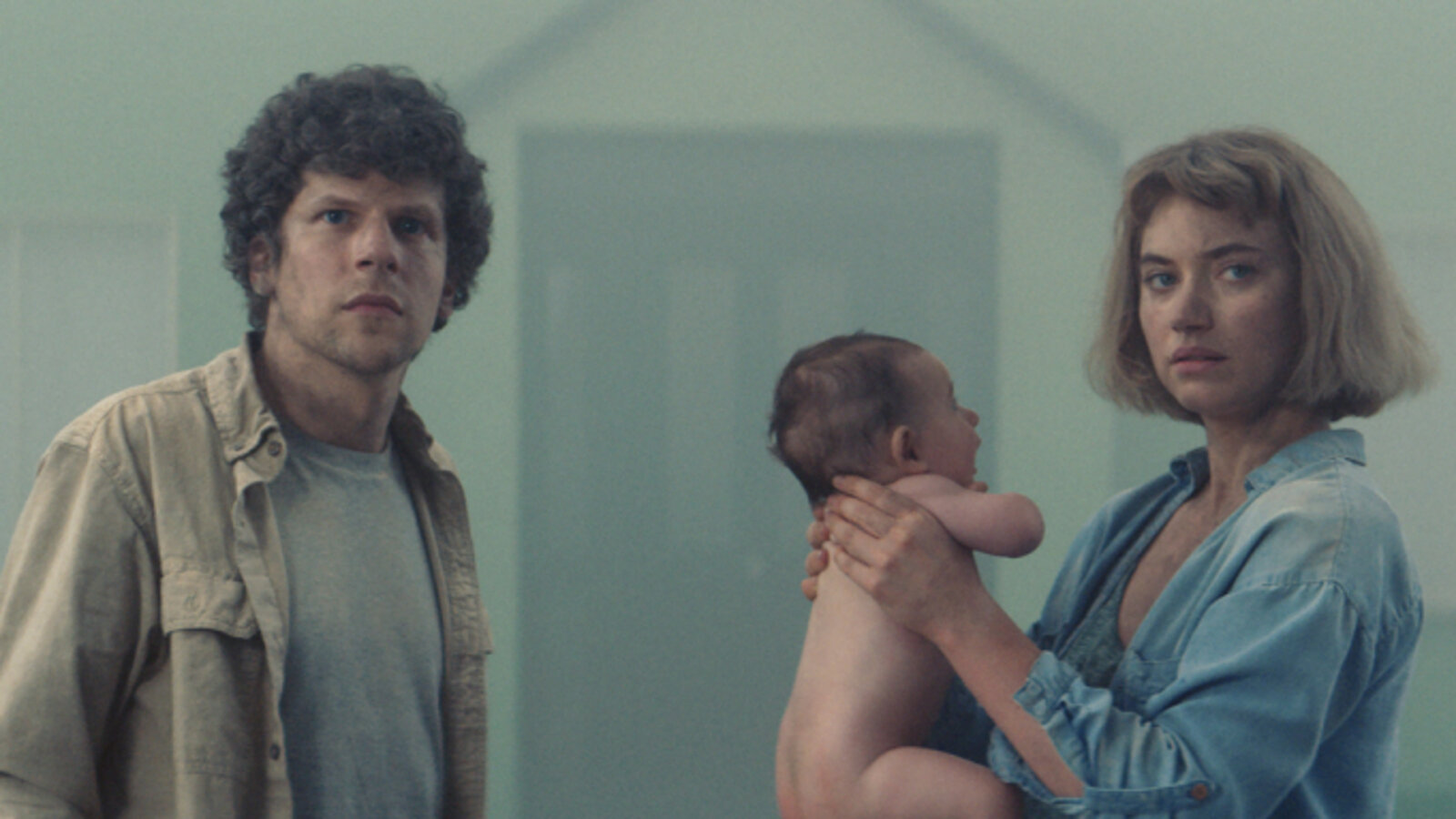 Vivarium is a bit like The Twilight Zone reimagined by David Firth, the creator of Salad Fingers. Director Lorcan Finnegan enjoys pulling back the twitching curtain on the quintessential suburban facade, reveling in the sinister side of middle-class suburbanites.

Yuppie couple (Jesse Eisenberg & Imogen Poots) are the unlucky duo who become trapped in an affordable housing nightmare. Suburbia has always provided fertile ground for writers/directors, from Todd Solondz to David Lynch, wanting to showcase the nightmares and depravity lurking beneath the veneer of an upwardly mobile community.

Vivarium is the antithesis to this – showing us there is horror in repetition & sameness. 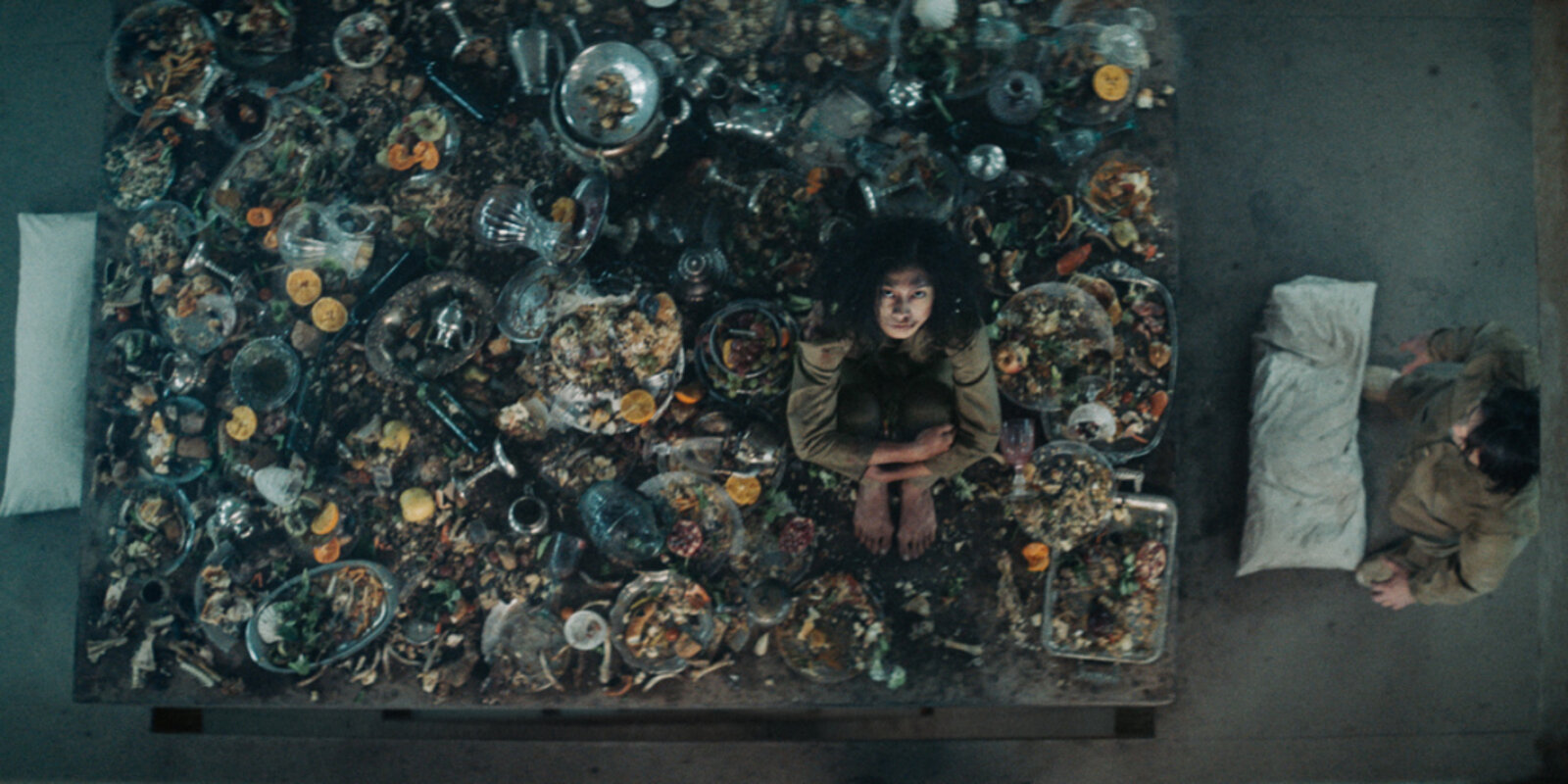 Galder Gaztelu-Urrutia’s anti-capitalist captivity horror The Platform is a veritable gallery of the grotesque. The innovative premise & brutal prison setting elevate this gruesome movie above the usual Friday night shlock.

Goreng (Ivan Massague) willingly enters a prison complex and completely underestimates the indifference of its administration and cruelty of his fellow convicts. There exists a pecking order in the hellhole, literally. Those on the top levels are fed and those at the bottom must fight each other for scraps, or resort to cannibalism. Not for the faint-hearted! 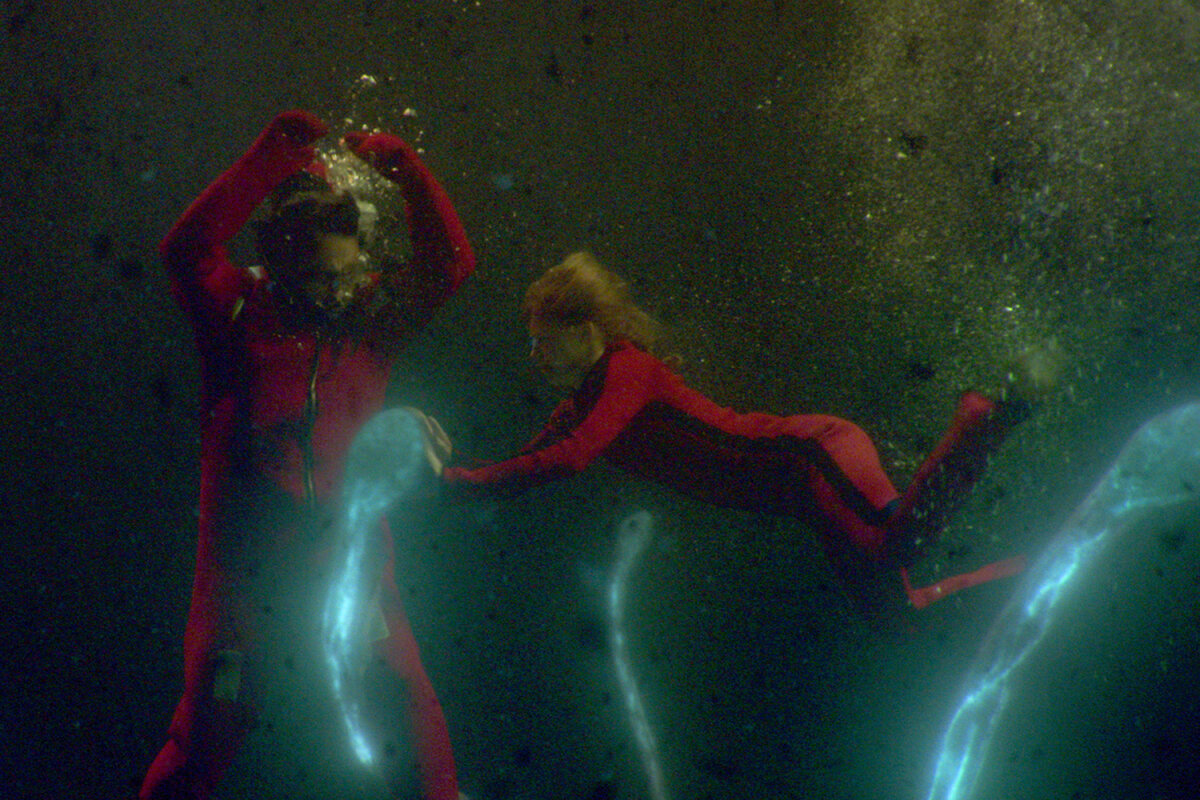 Nature-runs-amok aboard a small fishing trawler off the east coast of Ireland in Neasa Hardiman’s aquatic nightmare Sea Fever. The film was met with uniformly positive reviews upon its VOD release with many critics pointing out that the sci-fi/horror reflected real-world fears & concerns. 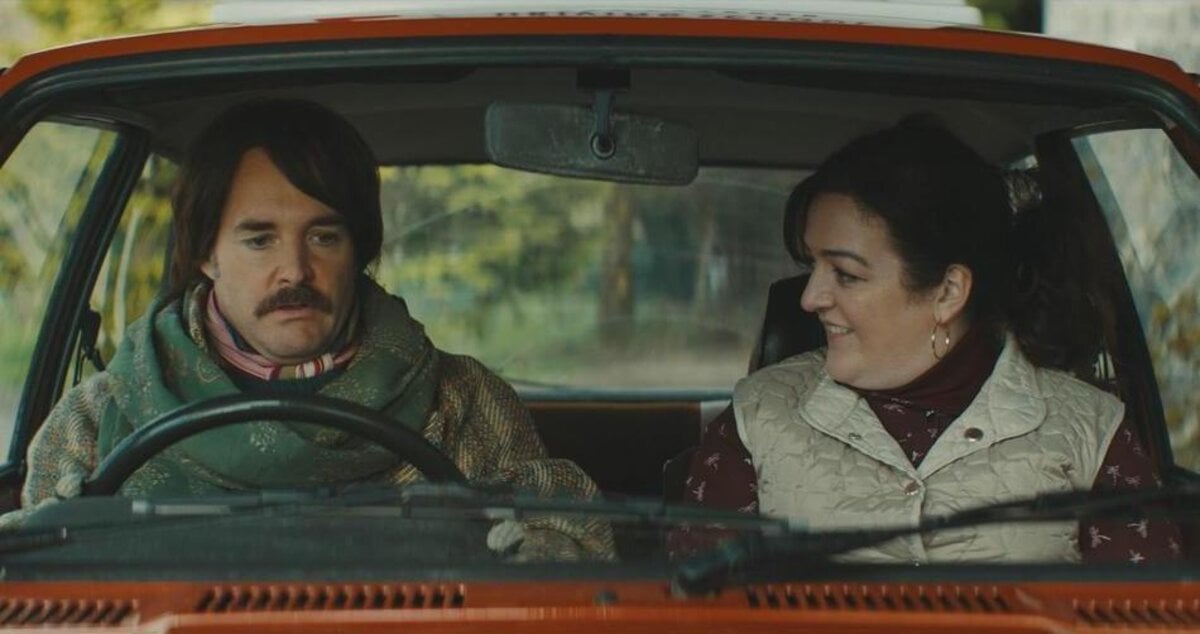 When the self-deprecating & lonely Rose meets Martin (Barry Ward) they bond during the exorcism of his deceased wife. But when Christian needs a virgin sacrifice for a demonic ceremony, he sets his sights on Martin’s teenage daughter. Be sure to check out this hilarious supernatural dramedy by Mike Ahern & Enda Loughman.