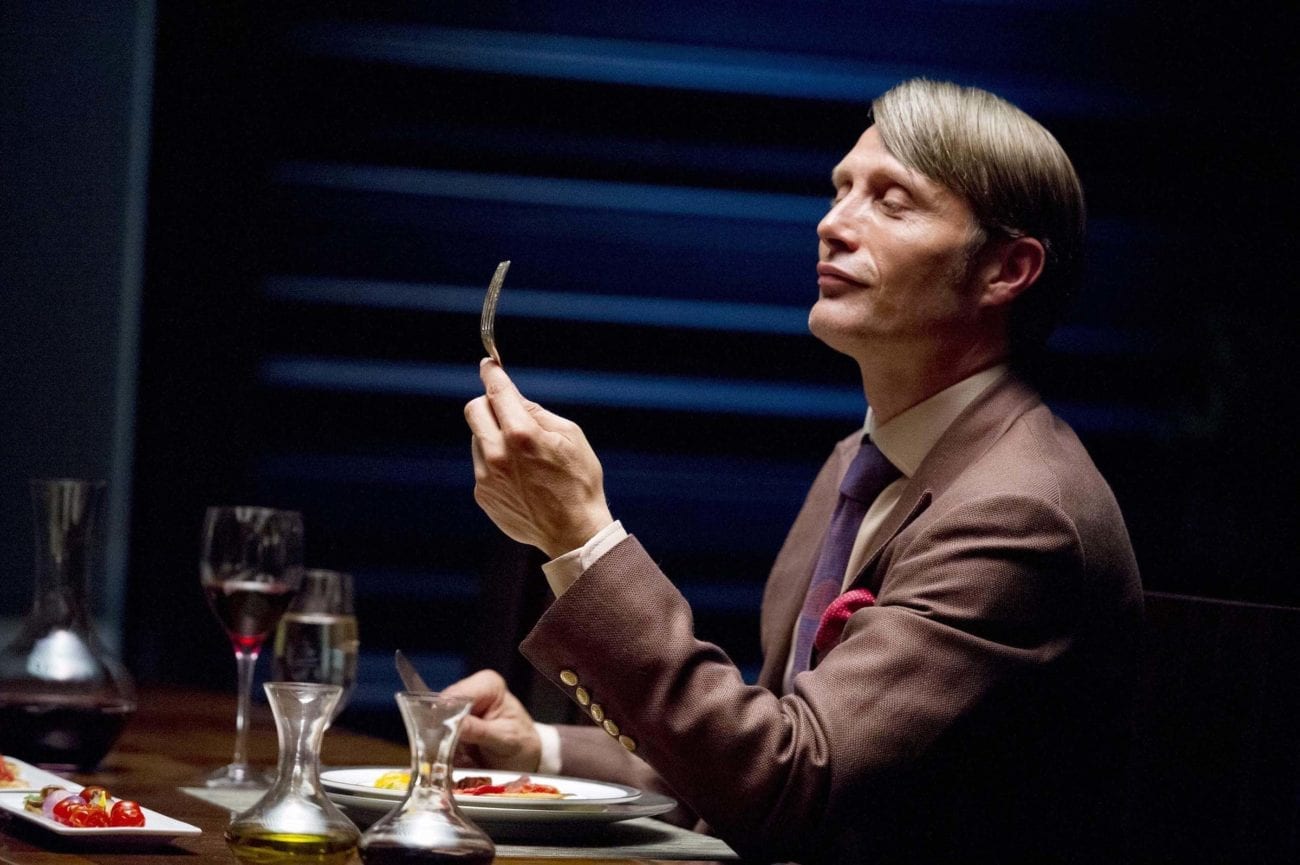 Among the reboot mania that has engulfed the entertainment industry of late, there’s one quiet, yet persistent, cry to be heard from deep within the tumult:

Bring Hannibal back for another serving.

The stunningly dark, impeccably executed procedural-turned-psychological-drama was sadly cancelled by NBC back in June 2015, having struggled for ratings throughout its three-season run. However, like many other shows that were axed in their prime, the continual request for another season (or ten) from fans show that live ratings are no longer an accurate measure for a show’s success. 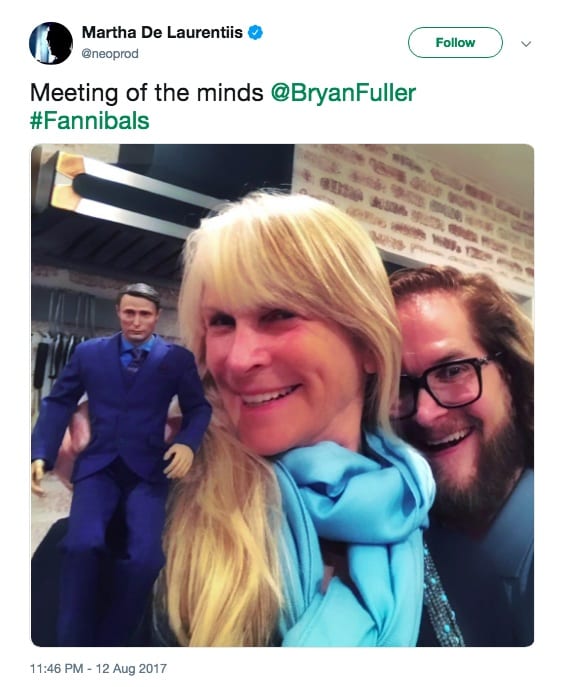 What with the changing nature of content consumption and thanks in part to the rise of the streaming giants, it’s clear lovers of TV’s most notorious fictional cannibal are still pining for his return. While the show was a slow burner in ratings, it proved to be a critical darling. 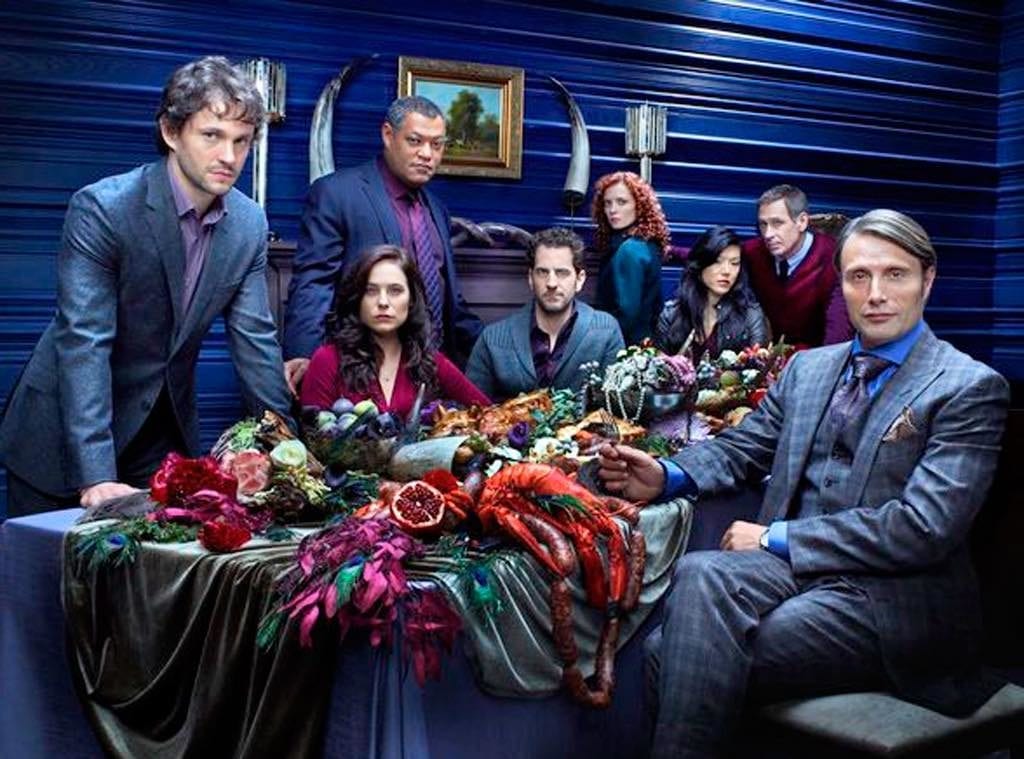 At the time the show was cancelled, showrunner Bryan Fuller promised fans that discussions about a fourth season would unfurl two years after the finale, which GQ pointed out was when the rights to the show would revert back to producer Martha De Laurentiis.

This tied in with murmerings that Fuller was waiting for the return of the rights, as it has long been suggested that season four would explore the events of The Silence of the Lambs. Up until the two-year mark, the story was owned by director Jonathan Demme.

When the novel’s rights were handed back in August 2017, Fuller and Laurentiis sent out a number of un-cryptic tweets suggesting they were in talks to plan the return of Hannibal with Silence of the Lambs in mind.

This certainly had the dedicated Fannibals drooling at the mouth. But alas, the chatterings have gone quiet over the past year. 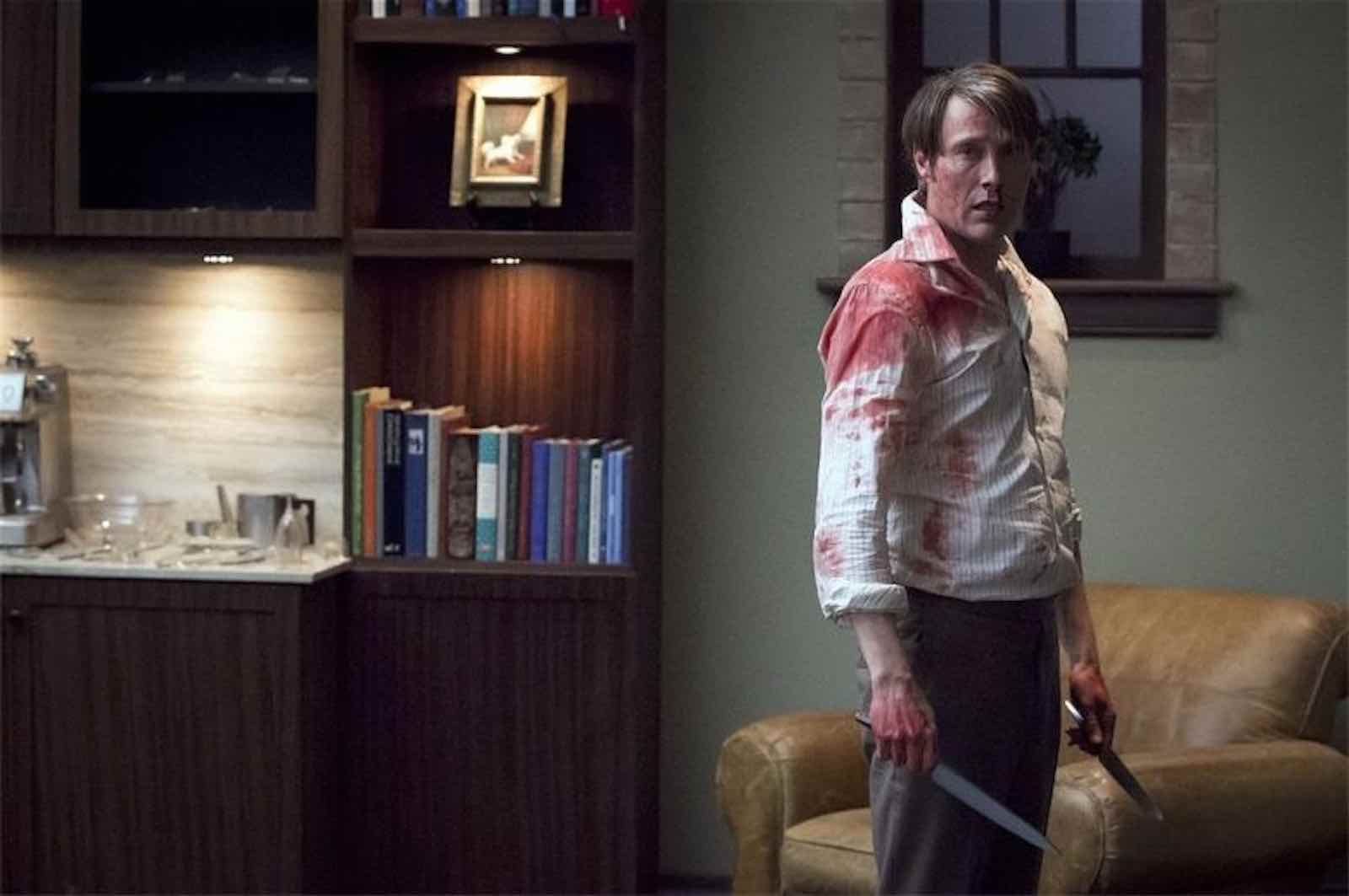 Why Hannibal was gruesome perfection

A number of factors made Fuller’s stunningly sinister adaptation of Thomas Harris’s novels so utterly brilliant, one of which was the creator’s refreshing take on a story that had been explored to perfection already. It’s never an easy task to transfer the narratives from the big screen to the small, and unfortunately many fall into the trap of using a franchise name as a cash grab.

Avoiding this mishap completely, Fuller took the story to incredible new heights, respecting the source material while developing a unique path of his own. And the show stuck to its integral position too: even when ratings weren’t great, Hannibal continued to pump out its twisted scenes, drawing characters into its homicidal world. 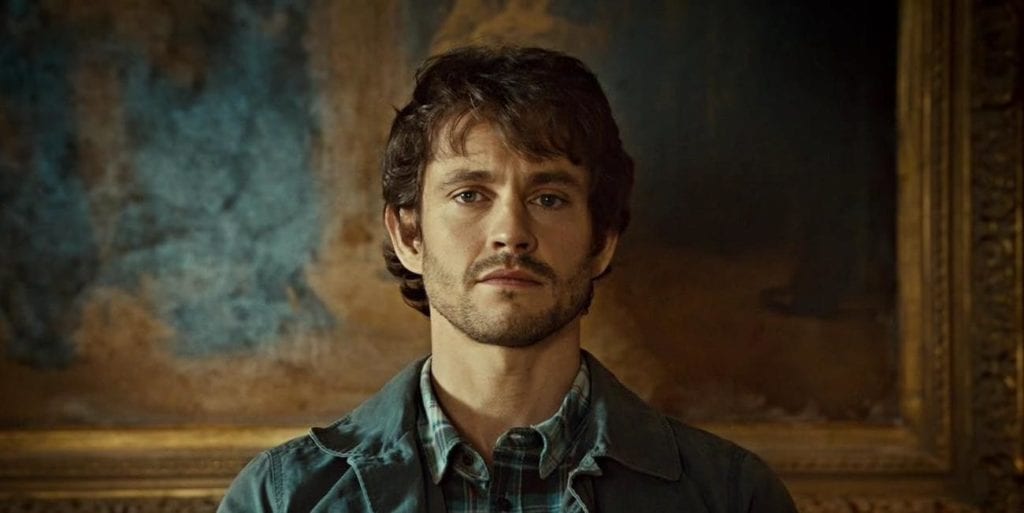 Particularly as the show bounded into its second season, we saw the procedural themes gradually give way to more psychological thematic elements. These were played out with jaw-dropping performances from a impeccable cast, who never faltered in their intensity, right up until that show-stopping S3 finale.

Mads Mikkelsen as the titular character is at once disturbing and diabolical, and yet also disarming and alluring. While watching his magnetic development over the course of the show, we couldn’t help but wish against our better judgement that he would serve us (or perhaps even serve us as) one of his culinary delights. 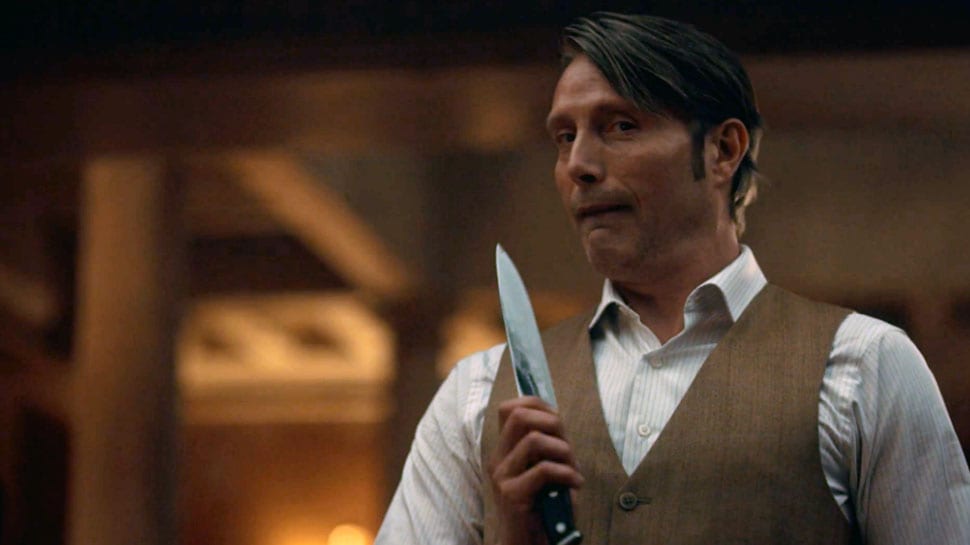 The Guardian’s Pete Cashmore described the character as a much younger and suaver Hannibal, stating, “He is still indulging his fondness for murder and cannibalism, but not living life on the run because he generally manages to pin his crimes on other people. Or he just eats them.”

The yin to Hannibal’s yang is Will Graham, played with complexity and depth by Hugh Dancy. As a special investigator who has the remarkable capacity to place himself into the mentality of a killer, Graham is tasked with investigating the gruesome killings carried out by our central character. His work is thwarted when Dr. Lecter himself is tasked with assessing the mental state of his fragile counterpart.

Dancy was perfectly suited to the role, depicting a man whose sanity slowly slips away, while Hannibal clearly delights at toying with Graham – bringing us beautifully onto our next point:

A prevailing storyline the fans want to see explored in greater depth is that of Hannigram – the homoerotic undertones expressed between the two key characters. The show itself is deeply sensual, merging death with sex and violence with intimacy.

The duo’s on-screen chemistry is palpable, which has led Hannigram to be dubbed “the greatest gay love story of our time” – surely a controversial statement and to be taken with a pinch of salt, but there’s no denying the respect and desire that develops between the pair during the three-season run. The fans are unanimous in their desire to see Hannigram’s relationship continued in a fourth installment and beyond. 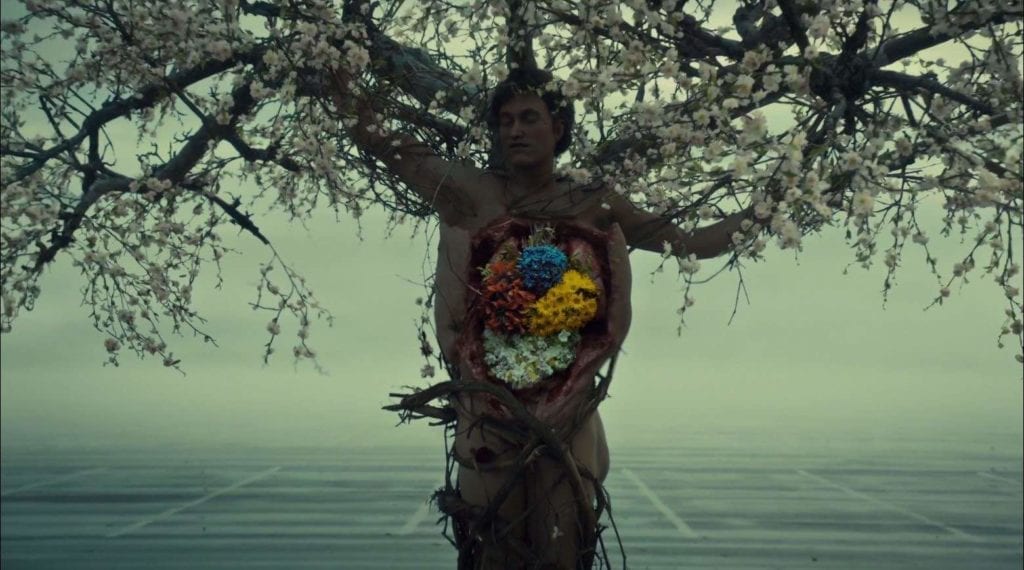 A feast for the eyes

At a time when the TV market is saturated, 80-hour work weeks are rife, and the world faces an unsettling future, we need a show like Hannibal to transport us into another realm: a realm of repugnant beauty, where gruesome murders are transformed into works of art.

Visually, the show was and still is unlike anything else seen on TV. It makes sense that Guillermo Navarro – the cinematographer behind Pan’s Labyrinth – helped out with a number of episodes. The depiction of corpses is highly farfetched (where else are you gonna see a human-limb totem pole?) and are played out with vivid intensity.

From brutal body horror painted with striking, yet dampened, colors to delectable cooking sequences that defy all instinct and made us crave a plate of human-based delights, all tied together with disconcerting sound design, Hannibal’s style is nothing short of perfection. 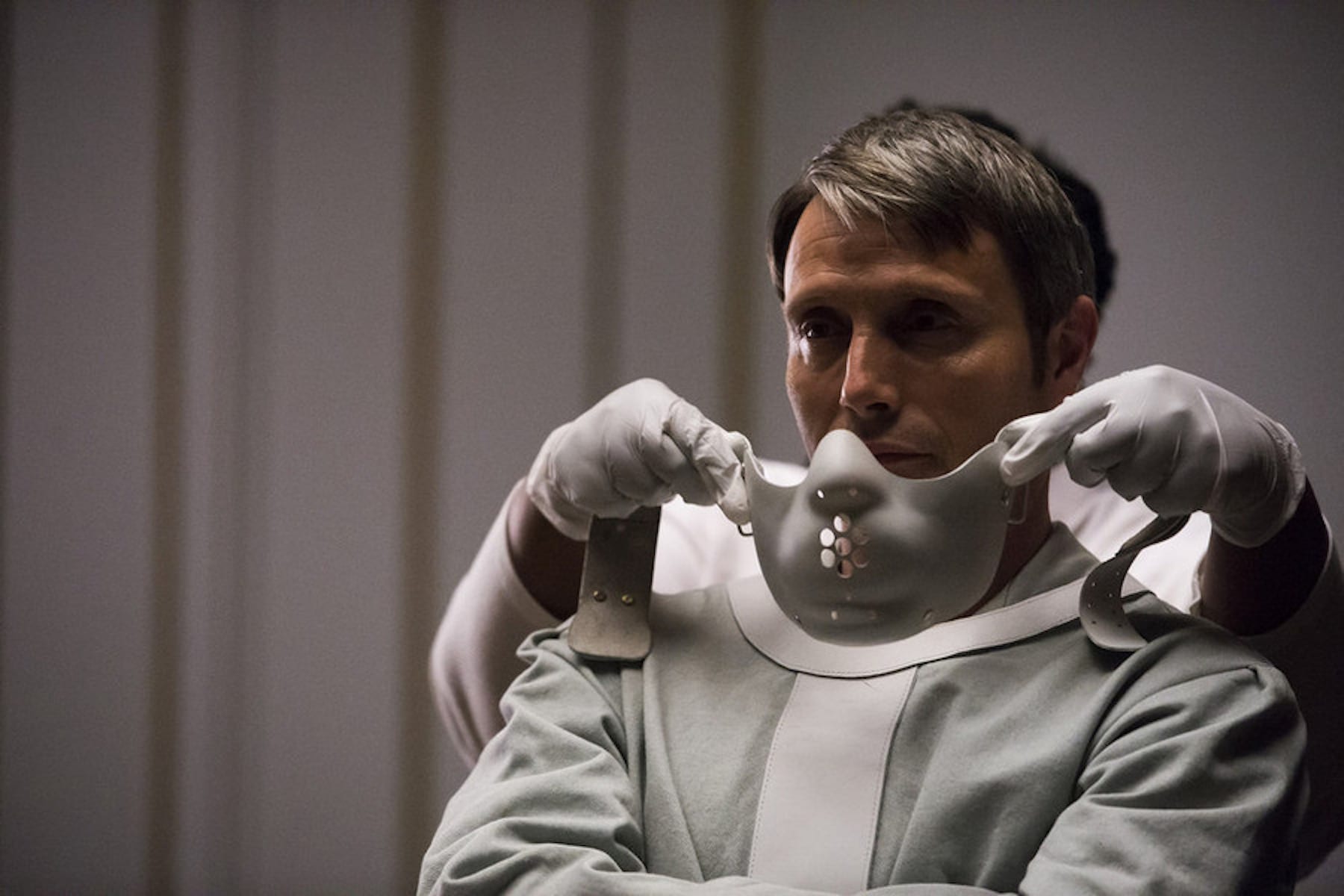 The Fannibals want a comeback – that much is obvious. Alongside the many petitions and campaigns to convince Fuller et al. to bring back their beloved show, a number of fans even organized their own festival, aptly named Fannibalfest.

As shown by other shows brought back to life by their dedicated fandoms – Brooklyn Nine-Nine, Lucifer, Veronica Mars, to name a few – live ratings do not equate to success. There is a sizeable fanbase out there ready and willing to welcome the show back with open arms upon its return. 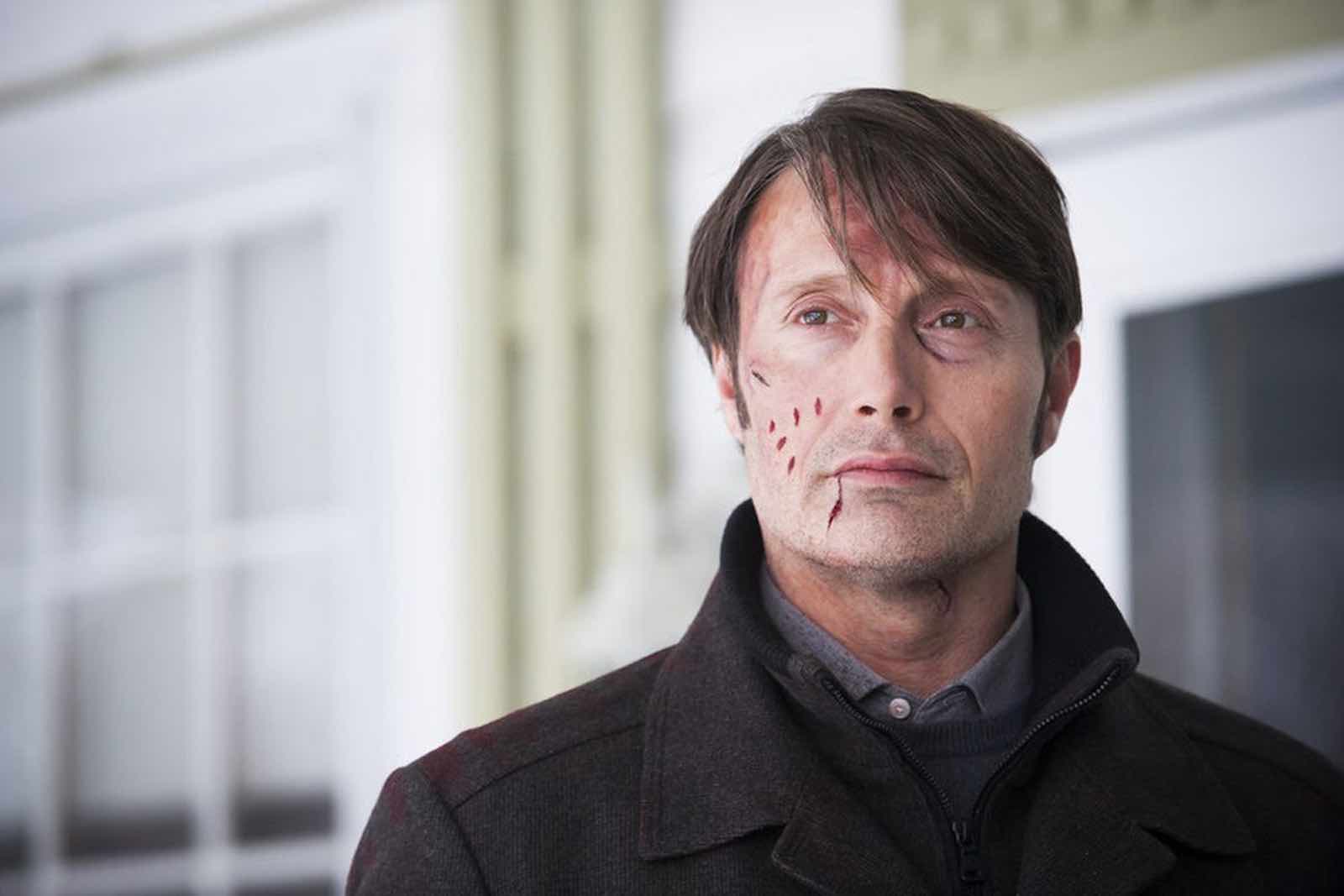 And, as pointed out by Den of Geek, “Fuller still had several seasons of story left to tell and . . . Hannibal had yet to even reach the events of The Silence Of The Lambs, the most famous story featuring the character:

“And while fans generally seemed happy with the finale, Fuller and the rest of his team have kept the door open for the last two years, giving the sense that there is a strong likelihood of the show’s resurrection.”

Bringing back Hannibal at a time when audiences are consuming content without even looking at their plates seems like a no-brainer. It’s a smart, sexy, sinister, singular show, the story of which deserves to be continued.

But most of all, we need a suave and charming villain like Mikkelsen’s Hannibal to remind us all of our collective table manners.