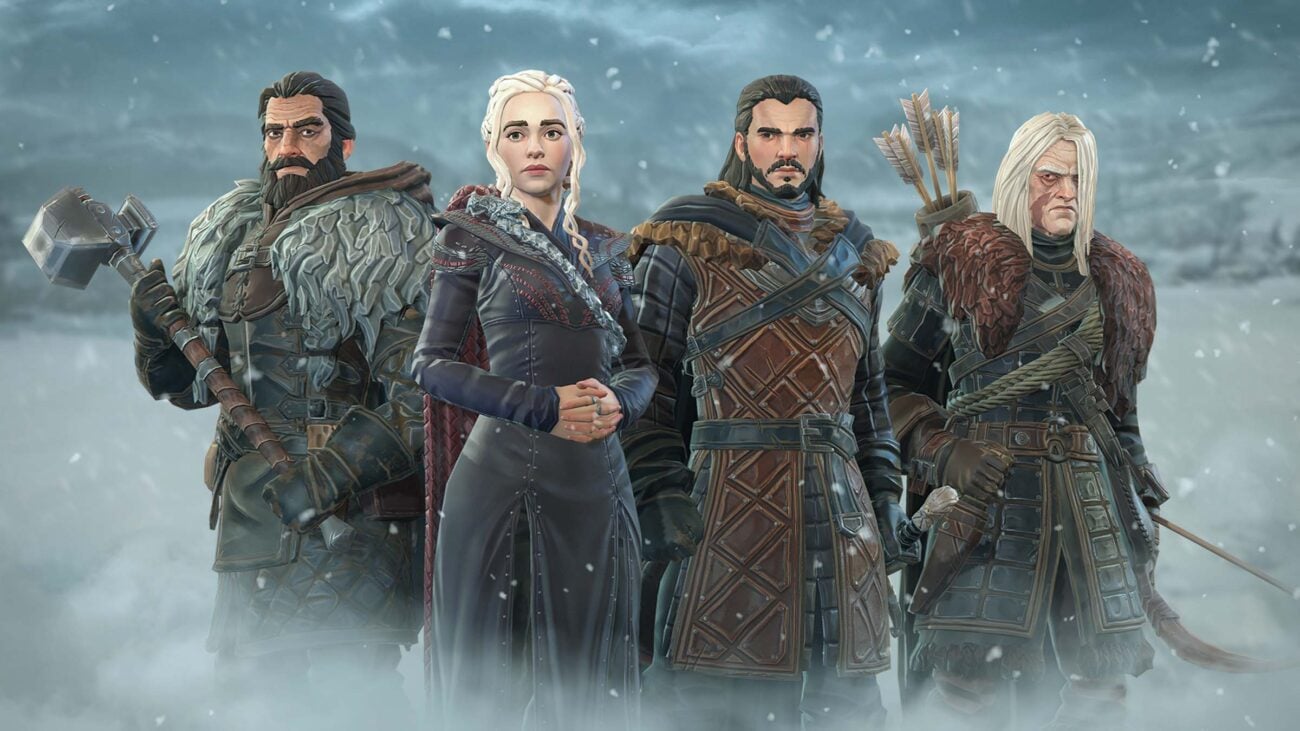 Swords, snow, treachery, sex, night walkers—Game of Thrones delivered plenty of TV goodness. It doesn’t matter whether you loved or hated how it ended. The series inspired by George RR Martin’s will go down as an all-time fantasy thriller.

Needless to say, Game of Thrones inspired a load of online games, including the poorly-rated GoT Game from Atlus US. Luckily, this article isn’t about mediocre Game of Thrones video games. We’ve compiled a list of the best games based on the TV saga. Let’s dive right in. 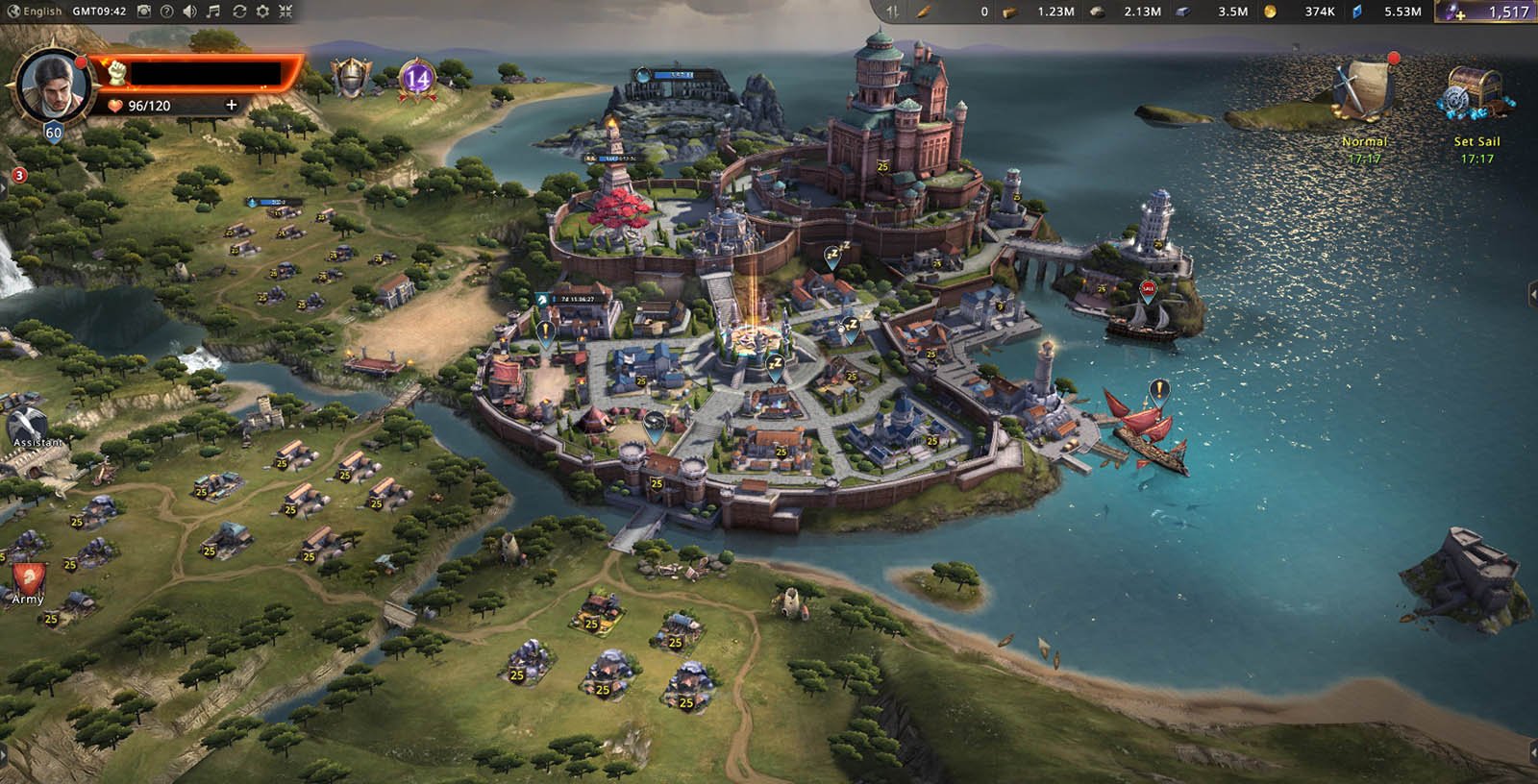 #1: Game of Thrones: Winter is Coming

If you’re like many Game of Thrones fans; you don’t need an introduction into the cast and plot of the TV series. That’s why this browser video game wastes no time with explanations about the plot.

Instead, it gives you a tour of how the game works and challenges you to build an empire in Westeros with the help of Sansa, Rob Stark and other famous characters. Being a browser game, your mouse and keyboard are the only accessories you need to play this game.

It’s a beautifully designed game with mellow soundtracks from the TV show. It’s also a generous game that will often award you famous characters like Varys for doing little more than playing the game regularly. 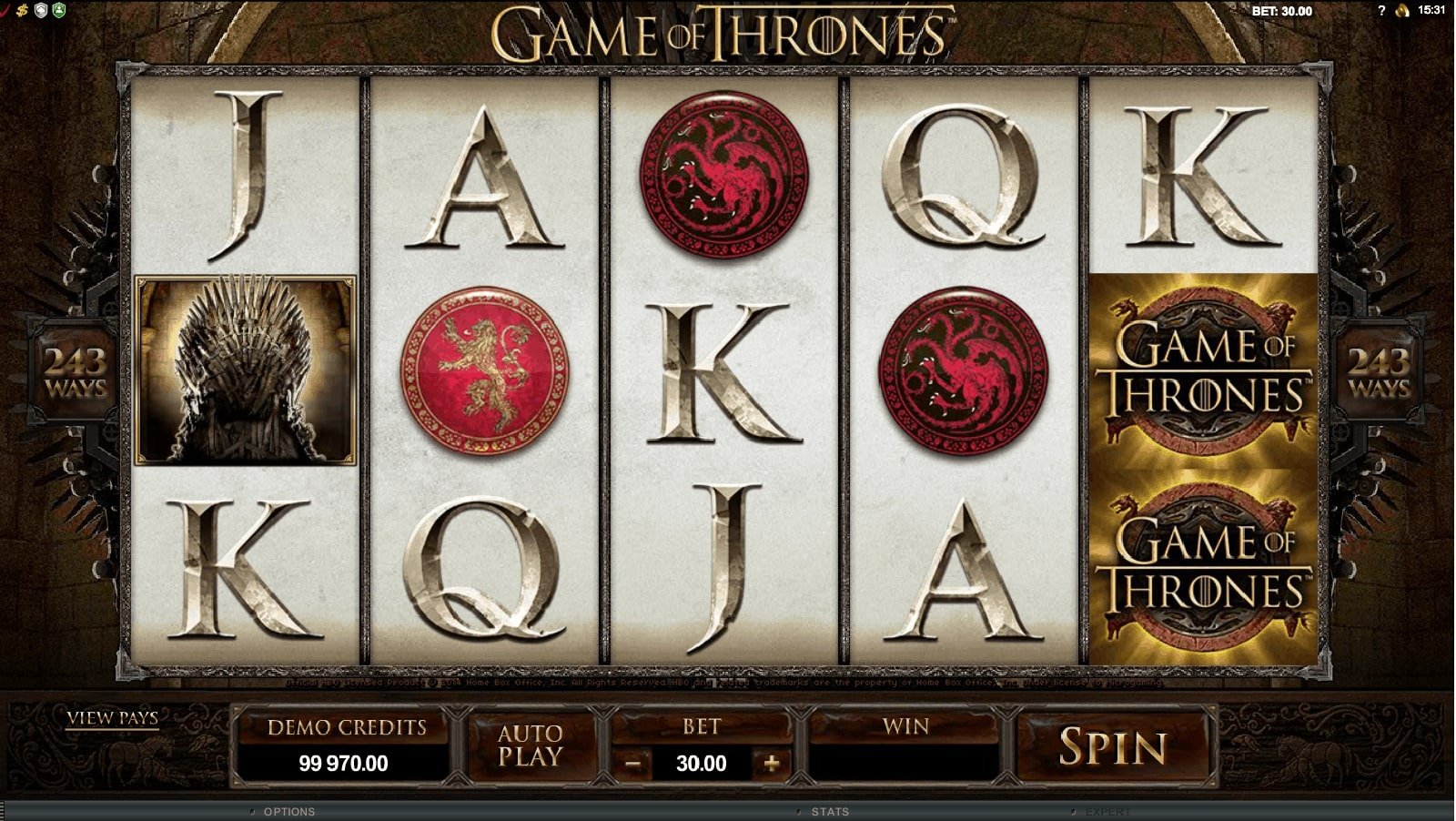 This is yet another browser game based on George RR Martin’s book series. But it’s a browser game with a difference. It plays out on a video screen full of beautiful symbols: These are cast members, landmarks and add-on symbols.

Being a casino game, the best place to play this GoT game is at online casinos—find more information here. Learn about the best casino sites and how to claim bonuses you can use on the slot.

In case you’re wondering, Game of Thrones slot is a licensed game created by Microgaming. This means it’s the official slot for GoT fans. It comes with an impressive 95% RTP rate and the potential to win 20,250x your stake. 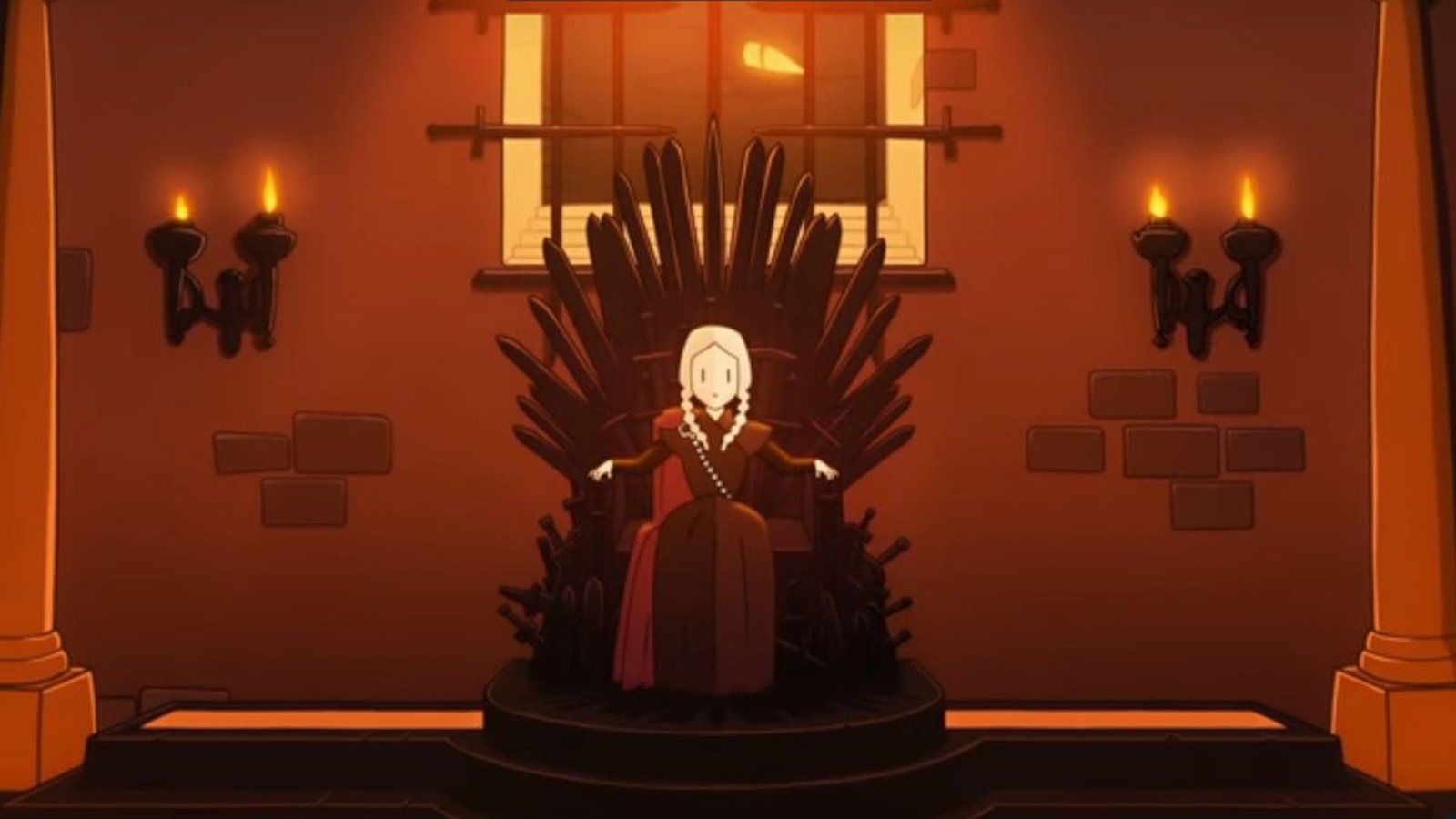 Mobile gaming fans will love this game. It’s the best-rated GoT video games online. Yet, it’s a simple text-based RPG game. So, how does it work? You select one of the main characters from the TV series: Daenerys Targaryen, Cersei Lannister, Jon Snow, or Tyrion Lannister.

The objective is to make quick decisions by swiping left to right—akin to a dating site. For example, you can appease religious leaders with cash, partner with rivals and pay your debts in time to avoid getting killed.

There’s always someone who wants you dead in the game. So, you need to strengthen your military and to stay in good terms with religious leaders. Although befriending the masses might sound right, it’s also a sure way of getting stabbed in the back. 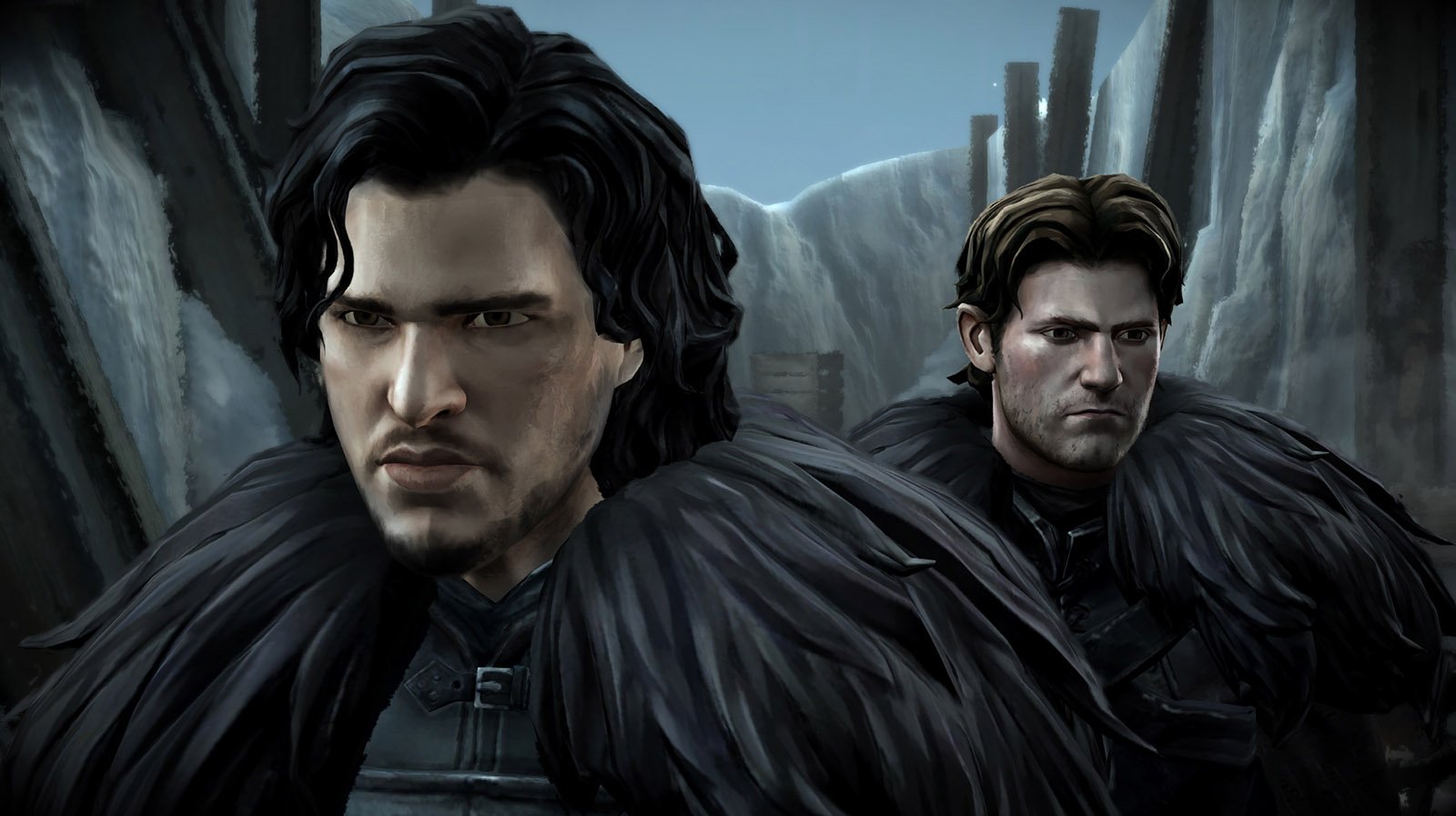 Like many GoT inspired video games, this game isn’t suitable for people who’ve never watched the TV shows. You’ll be alright if you have read the book series, though. And that’s because the game takes you deep into the world of Westeros from the start to the end.

In the true Telltale style, this game comes in a six-part choose your ending format. The first episode features the main characters in different situations. The second episode shocks players with unexpected deaths, many of them made to help secure crucial secrets.

As you would expect, this game is one of the top-rated GoT inspired video games out there. It’s full of treachery, rivalries, friendships and deaths. 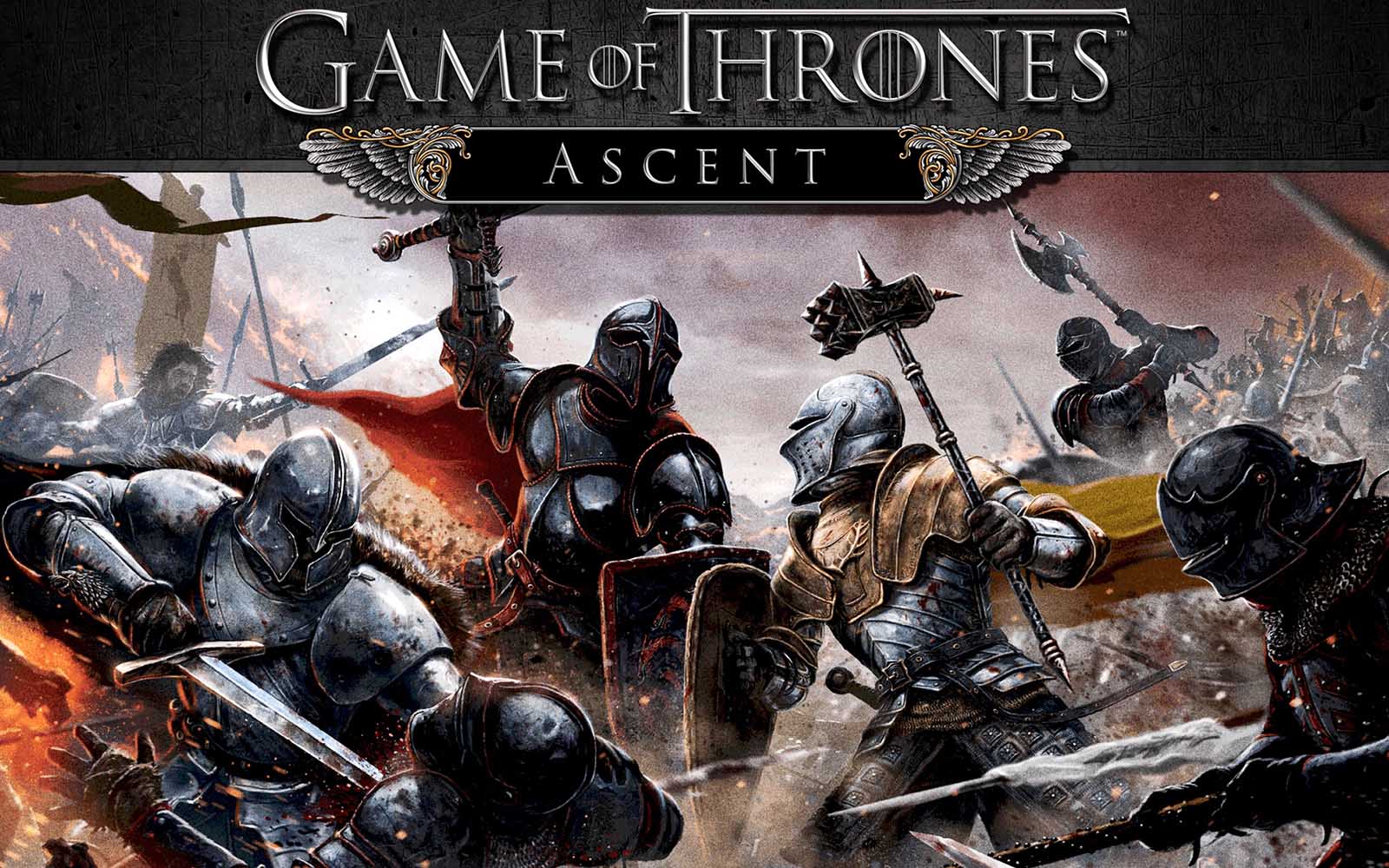 Launched in 2013, Ascent takes you back the reigning days of king Baratheon. You act as a soldier who reports to John Arryn. Your job description is to fight off Baratheon’s enemies to bring glory to Westeros.

Although it sounds like an amazing action-packed game, Ascent is basically a text-based RPG game. The king gives you roles. And a few moments later, a message reveals you’ve succeeded.

You don’t fight bandits with swords in true video-game style. Instead, you just watch as the game assigns you quests and rewards you with titles for doing pretty much nothing. However, you need to make certain choices at some point in the game.

That said, the game could also have done with improved graphics. The music isn’t incredible either. It’s not repetitive and annoying. But it’s not spectacular either. 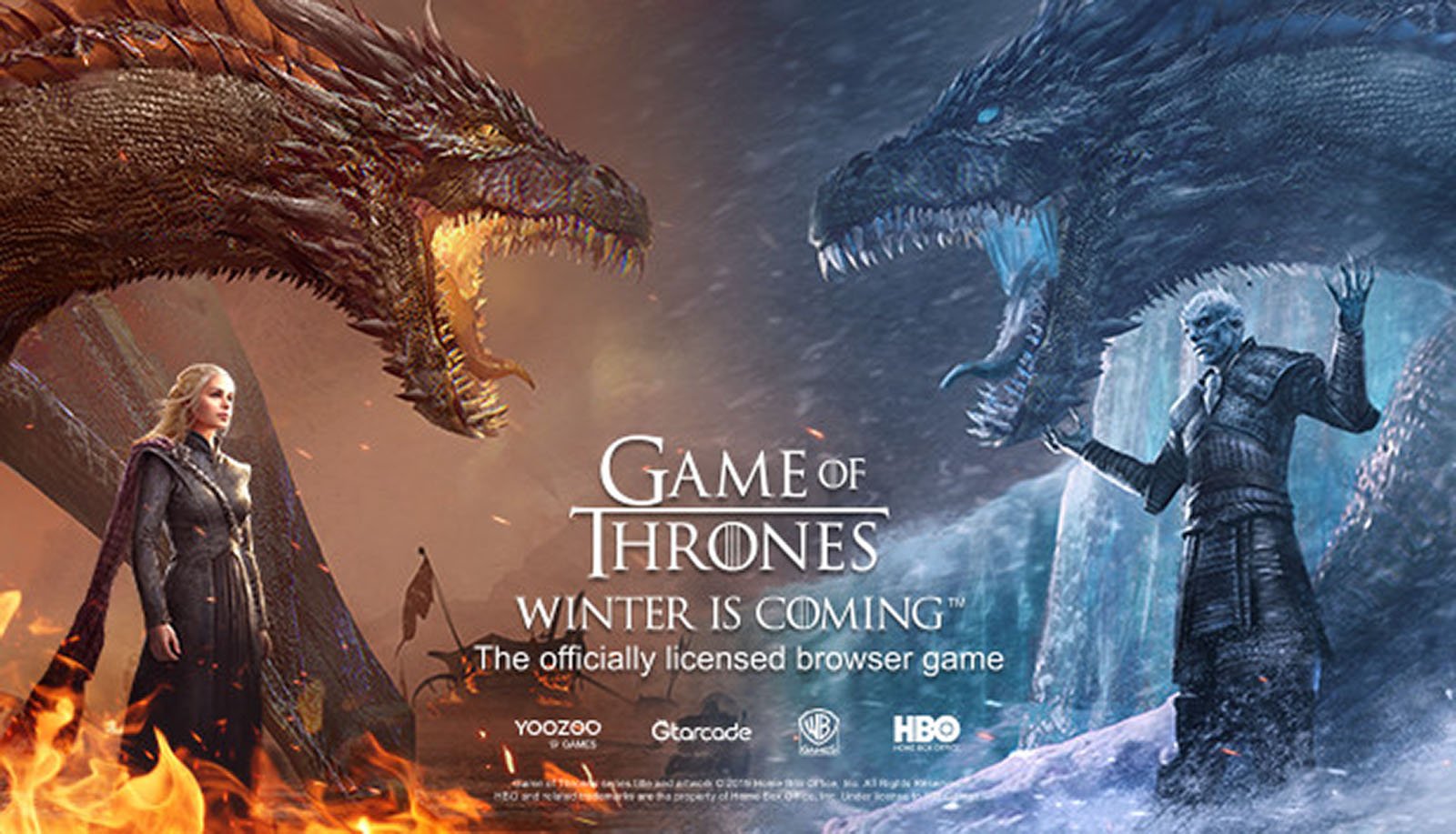 Most people don’t know this but the creators of GoT tried to create a video game based on the shows in-house. They brought together a team of developers and directed them to create the best game they could.

The results were disappointing. The game has horrible graphics. It lagged constantly and the mechanics were anything but apt. However, this game attracted a small fan base. And some of the reviews about the game were positive.

If you want to play a GoT game where you can actually hold a sword and behead someone with it, this is a nice game to try out. It won’t be the best RPG action game you’ve ever played. But it’s at least based on the TV show. 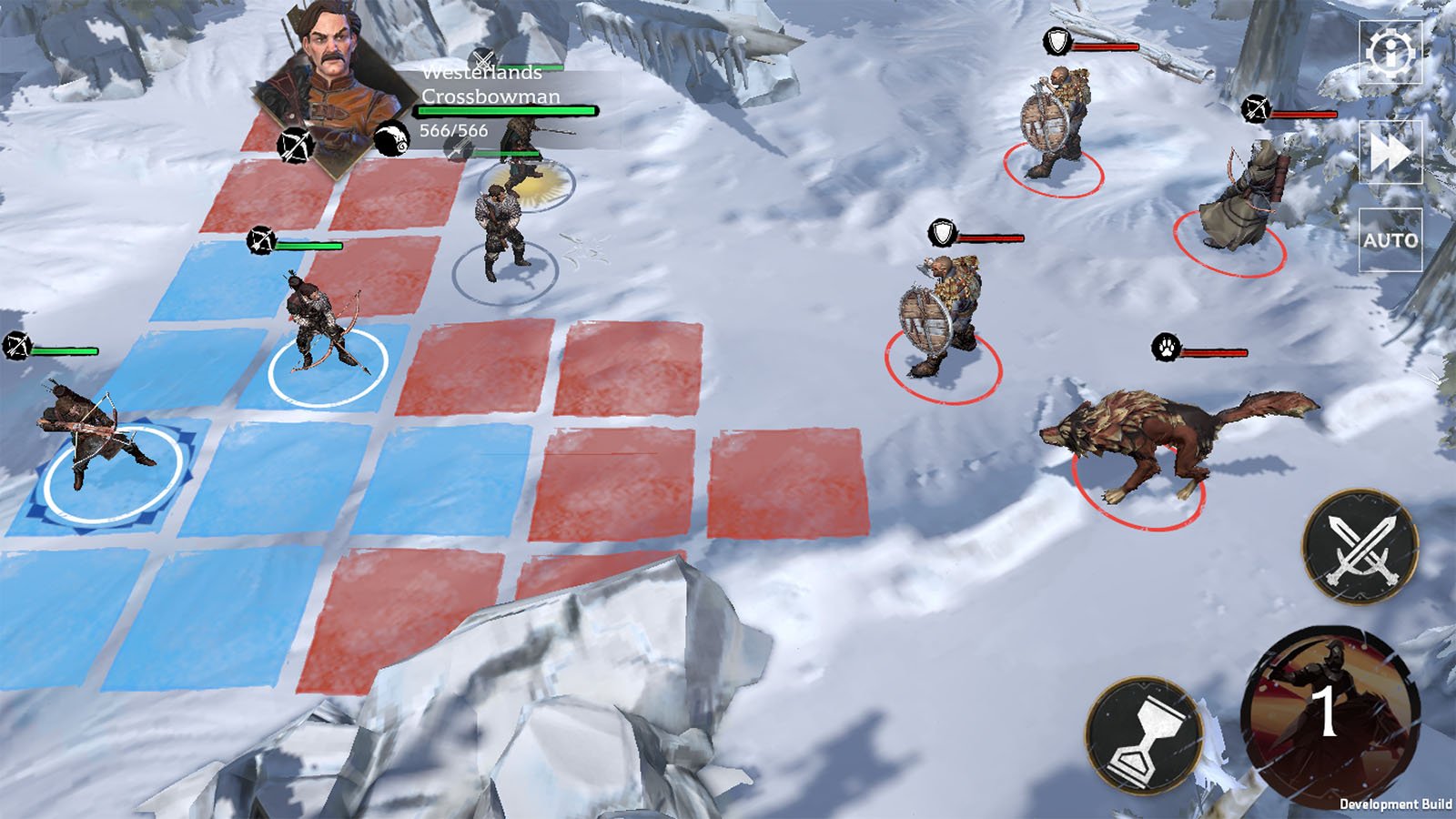 #7: Game of Thrones: Beyond the Wall

Most GoT fans hated how the TV series ended. So, it’s surprising someone created a game that focuses on post TV Game of Thrones. Luckily, this mobile game doesn’t attempt to guess what happened after Bran Stark inherited Westeros.

It’s an action-packed game. You play random opponents who are mostly below your heroes’ skillset. The only challenge in the game is to manage your heroes and materials. If you can figure out how to get better swords and gear, then you will win most quests and missions in the game.

Additionally, learn the strengths and weaknesses of the main GoT characters. Some of them, like Daenerys, have healing powers. You can also equip her with dragons or upgrade her skills using real cash. However, you don’t really need to spend money to play the game.