‘Game of Thrones’ sex: These scenes still get us hot under the collar

Let’s ignore the eighth & final season of Game of Thrones to remember the good parts. HBO’s juggernaut series left us on the edges of our seats. Anyone could die a violent horrible death, each episode features some badass quips from Tyrion Lannister (Peter Dinklage) and lots and lots of boobs & sex.

While a lot of racy scenes involved rape (Westeros is a violent place based on the backward social politics of the Middle Ages), there were still a lot of consensual sex scenes that still get us hot today.  Here are some of our favorites that we still fantasize about today.

As Daenerys Targaryen (Emilia Clarke) gets used to married life, she wants to use the opportunity to make sex more enjoyable. After we’re treated to some uncomfortable scenes of Daenerys getting plowed from behind while crying, she reaches out to her handmaiden for help.

In the novel, Danerys pleased Khal Drogo outside the tent since the Dothraki believed that important events must be performed in public, and what’s more important than conceiving the Khal’s son? In the show, since that isn’t explained, Danerys mounts Khal Drogo in their tent.

The relationship between Tyrion & Shea is sweet because it’s heartbreaking. Shea’s first love Tyrion had since marrying a peasant against his father’s wishes. In later seasons, it makes her betrayal of Tyrion all the more painful to watch.

It all begins when the badass wild woman Ygritte (Rose Leslie) steals Jon Snow’s sword, Longclaw. To get it back, Jon Snow (Kit Harrington) has to chase her in a cave. However, Ygritte has an ulterior motive. She needs to prove that Jon Snow really defected from the Night’s Watch.

When people join the Night’s Watch, they take a vow to never sire children, meaning they have to be celibate. In order to prove that he really deserted the Night’s Watch and isn’t a spy (he actually is), Ygritte strips down and asks Jon to sleep with her.

As Ygritte delivers her signature line to Jon Snow, she’s interrupted by the oncoming orgasm Jon Snow’s giving to her. Her O-face alone makes us jealous!

When Daenerys meets Daario Nohaerys (Michiel Huisman), a sellsword she hires to protect her, she doesn’t expect to fall in love with him. After all, she has a continent to conquer. However, the dashing rogue eventually wins her heart and his way into her bedroom.

While politics aren’t necessarily sexy, when this couple gets it on, they make talking about political marriages and forbidden love exciting to watch.

By this point in Game of Thrones, viewers guessed two things. Jon Snow & Daenerys Targaryen would end up together, and that Danerys was Jon Snow’s biological aunt. The L + R = J theory that Jon Snow was the son of Lyanna Stark & Rhagaeon Targaryen (Danaerys’ older brother and former heir to the Iron Throne) was common knowledge.

However, we didn’t expect Game of Thrones to deliver the information in a racy sex scene interspersed with flashbacks to Ned Stark finding his sister in the Tower of Joy, dead with a newborn. As Tyrion stands down the hall from where Jon & Dany get it on, the look of horror on his face doesn’t bode well for the rest of the series.

While we don’t get to see the scene in action, we’d love to see the goods the awkward squire Podrick Payne (Daniel Portman) has to make him popular with the ladies. An honorable mention worth leaving for last, especially since Game of Thrones never gives us an answer.

Are ‘Game of Thrones’ sex scenes the hottest ones in all of TV? 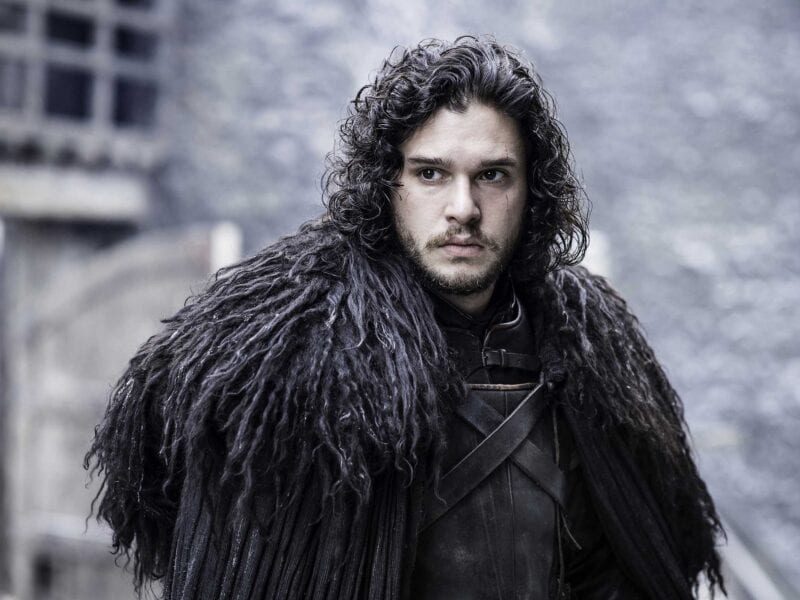 Quiz: Can you remember Jon Snow’s journey on ‘Game of Thrones’?